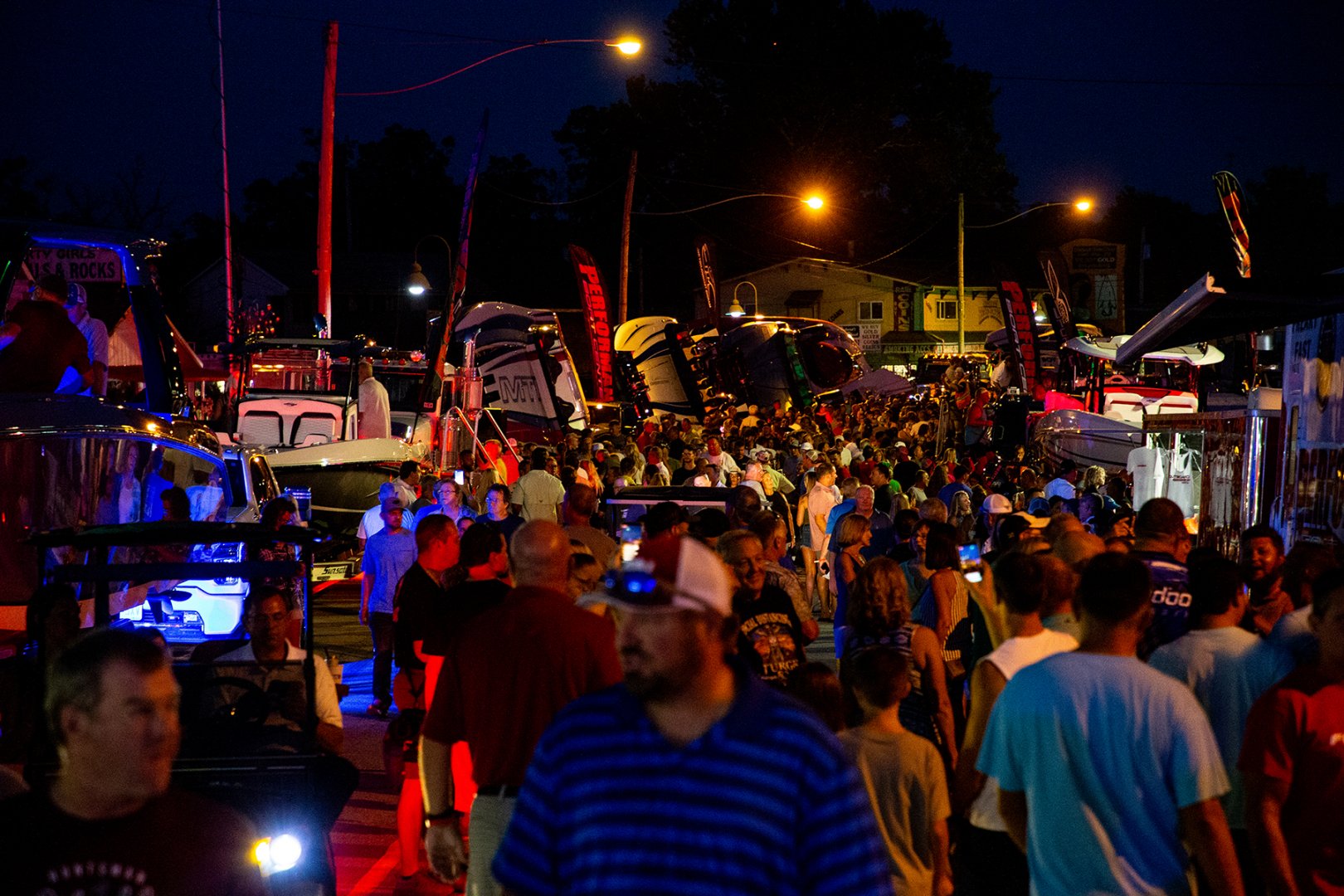 The Lake of the Ozarks shootout officially kicked off yesterday with the famous street party in Osage Beach, Missouri. If there was a global pandemic going on, you wouldn’t have known it by walking the strip. Boats lined the street on either side from end to end, and thousands of people showed up to enjoy them throughout the night. With this being one of the very few boating events taking place this year, you could see that people were itching to get out and enjoy some summer activities. That goes for participants, as well. 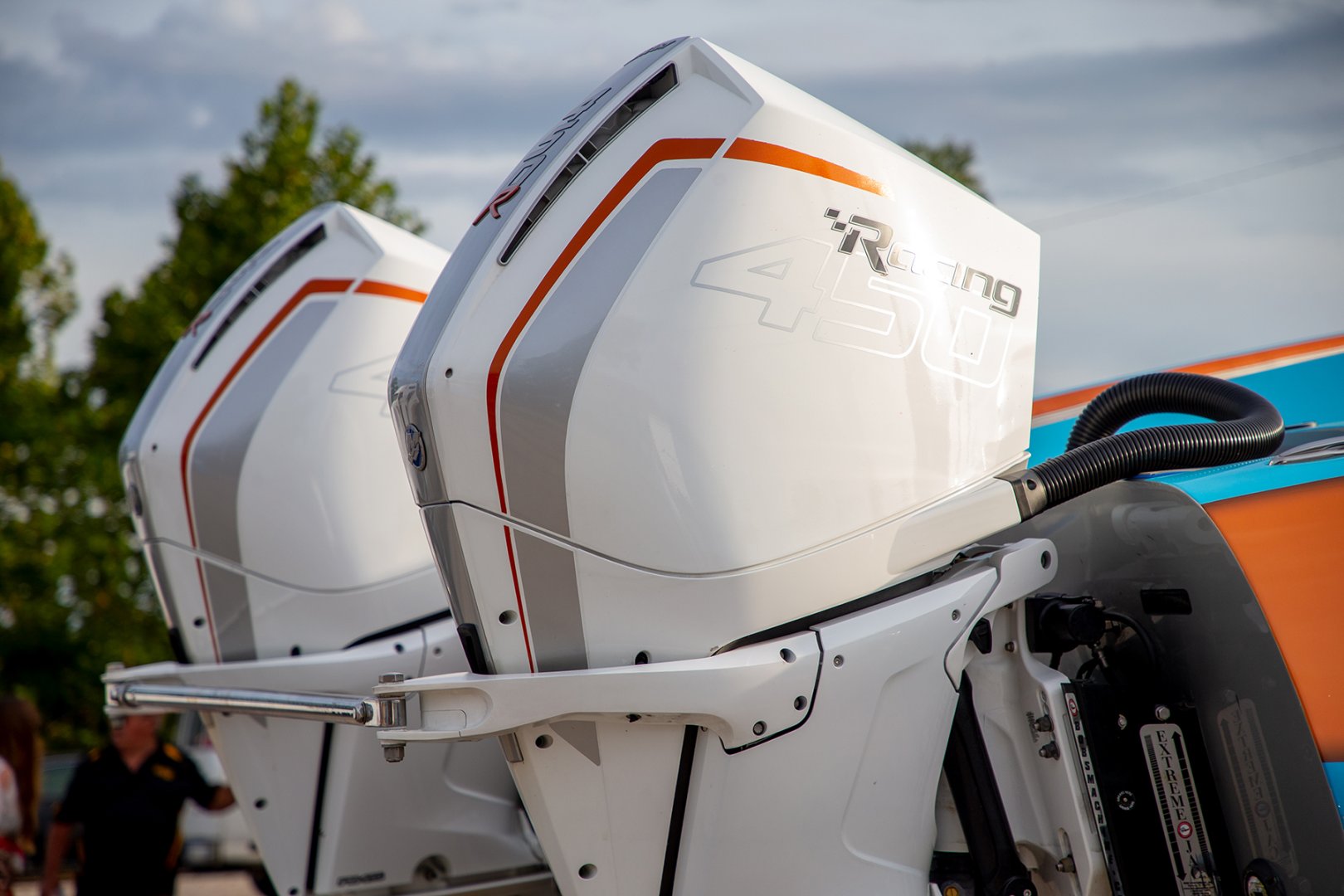 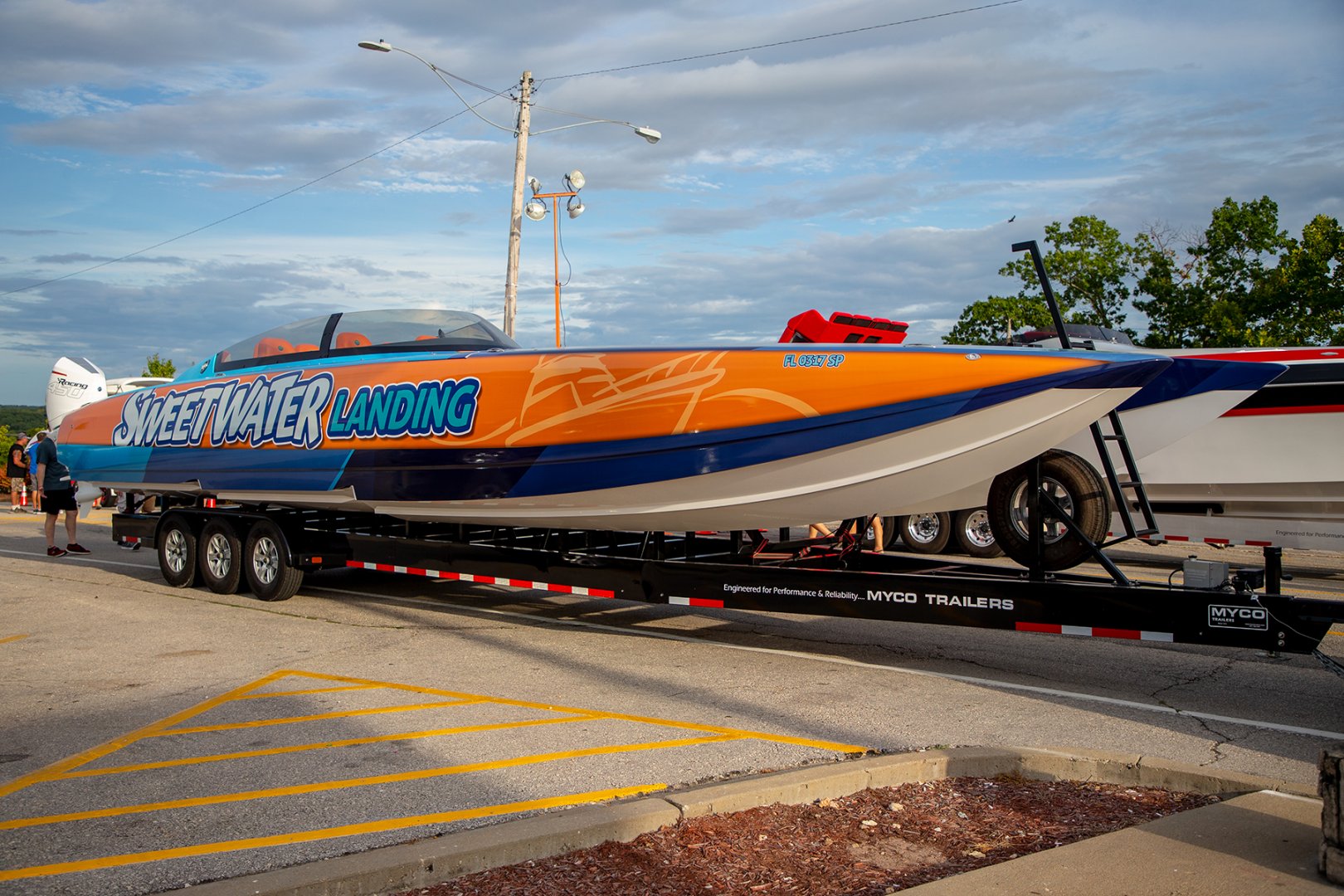 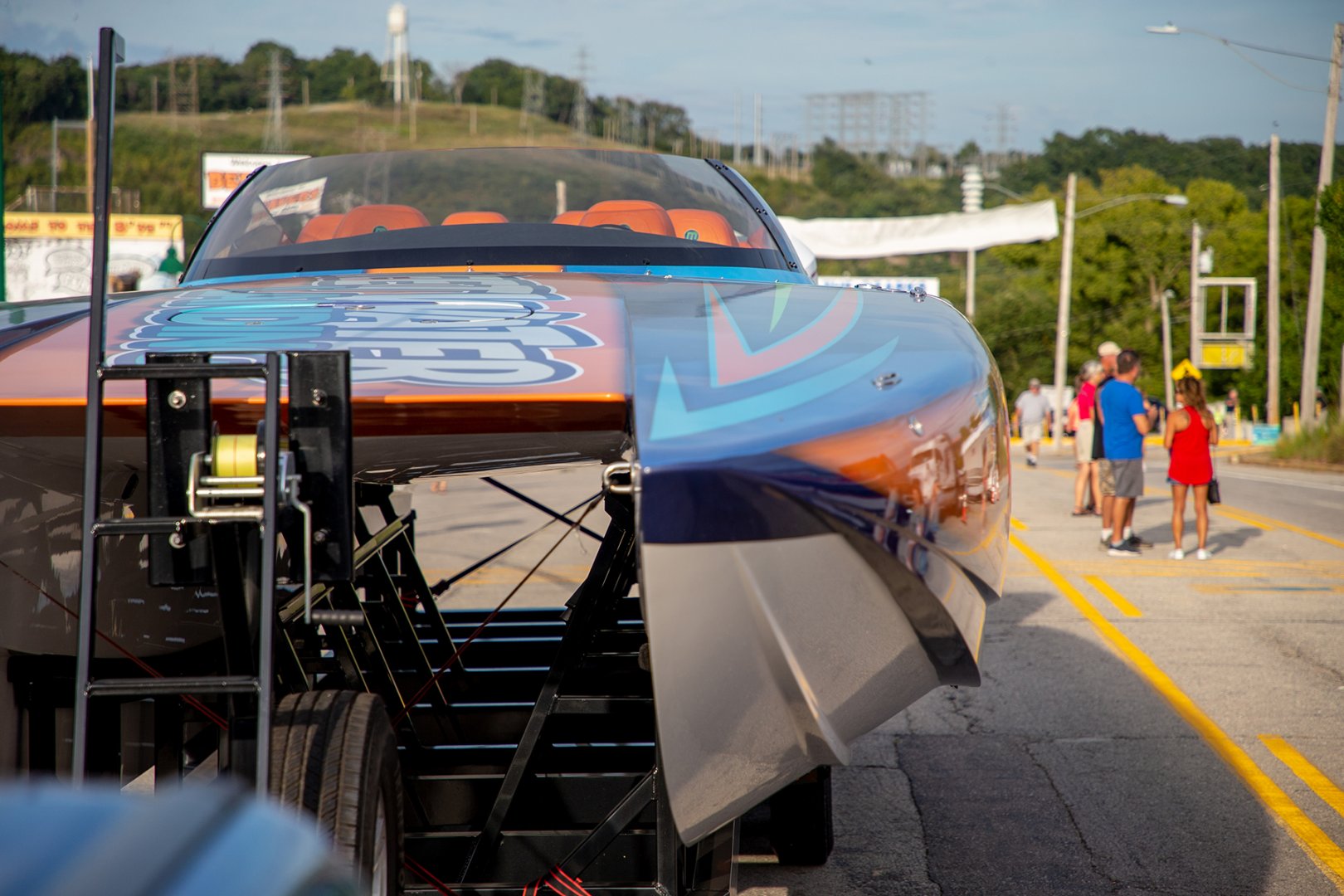 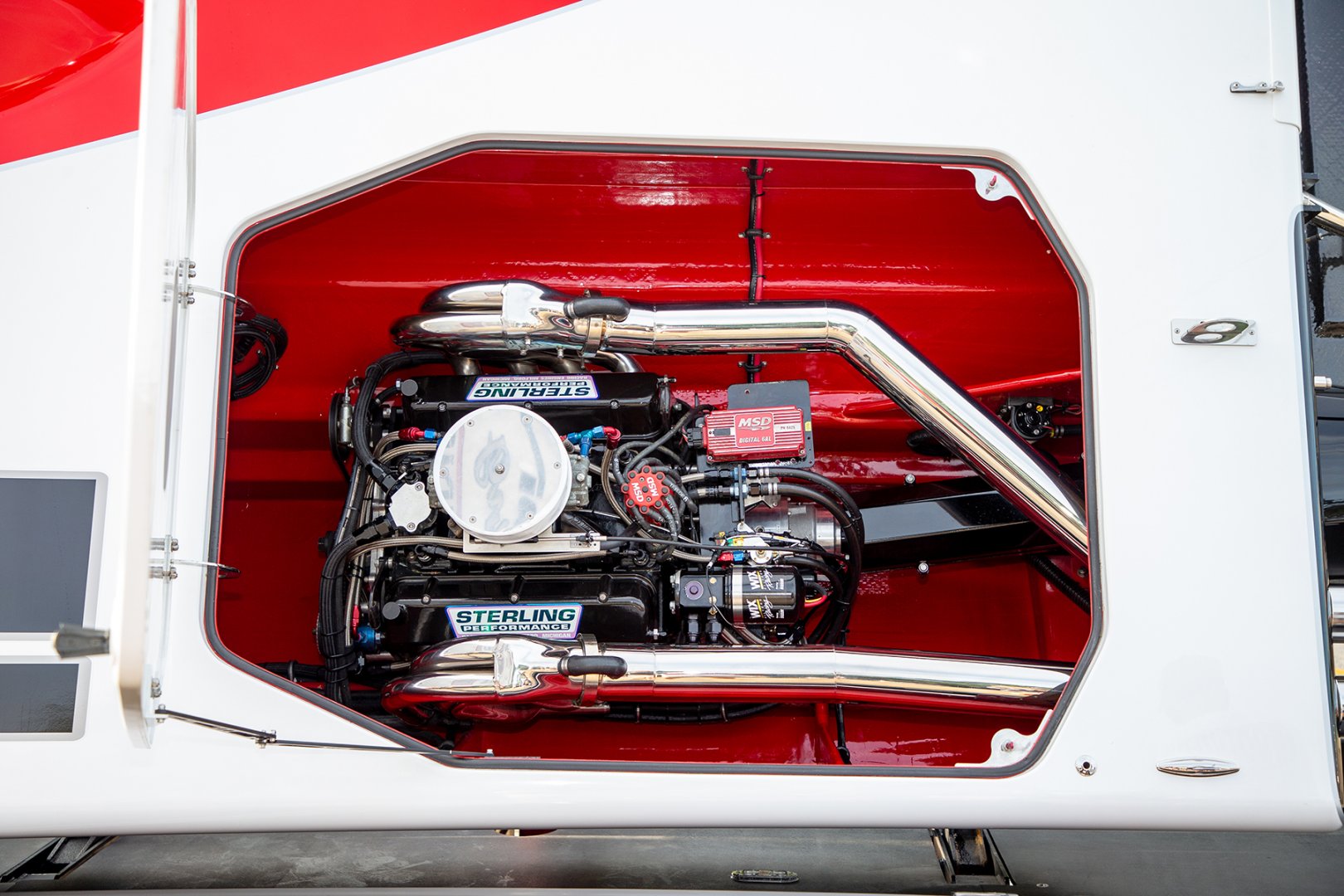 Amongst the many boats lining the strip were two former fan favorites (at least on my part), which haven’t been seen for a while. Frist, there was “Low Altitude”, the 50 foot turbine-powered Mystic cat formerly owned by Win Farnsworth. Luckily for us, the new owner, Shannon Hamilton, will be running it in the shootout once again, this Saturday.

When I asked him what he thinks he might run, his answer was, “I don’t know for sure. But I think we might be able to pull off a little surprise.” I, for one, can’t wait to see what that surprise might be. 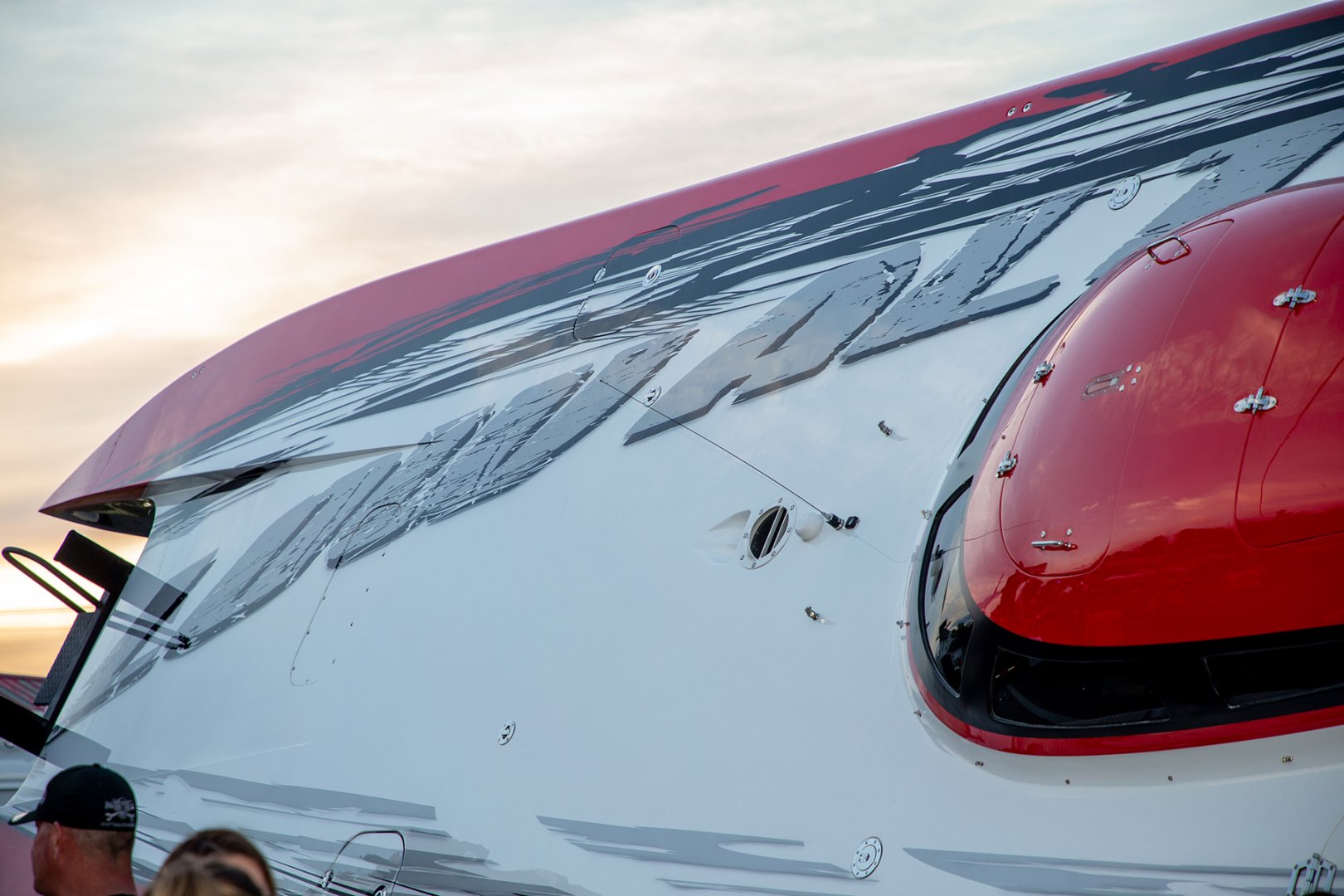 Who knows? Maybe American Ethanol will actually see some competition this year – that is, if the shootout takes place at all. As I sit here writing this story at 11:35am local time on Thursday morning, the first effects of Hurricane Laura are making its way overhead with lightning, thunder and heavy rain. But man, what a beautiful show! 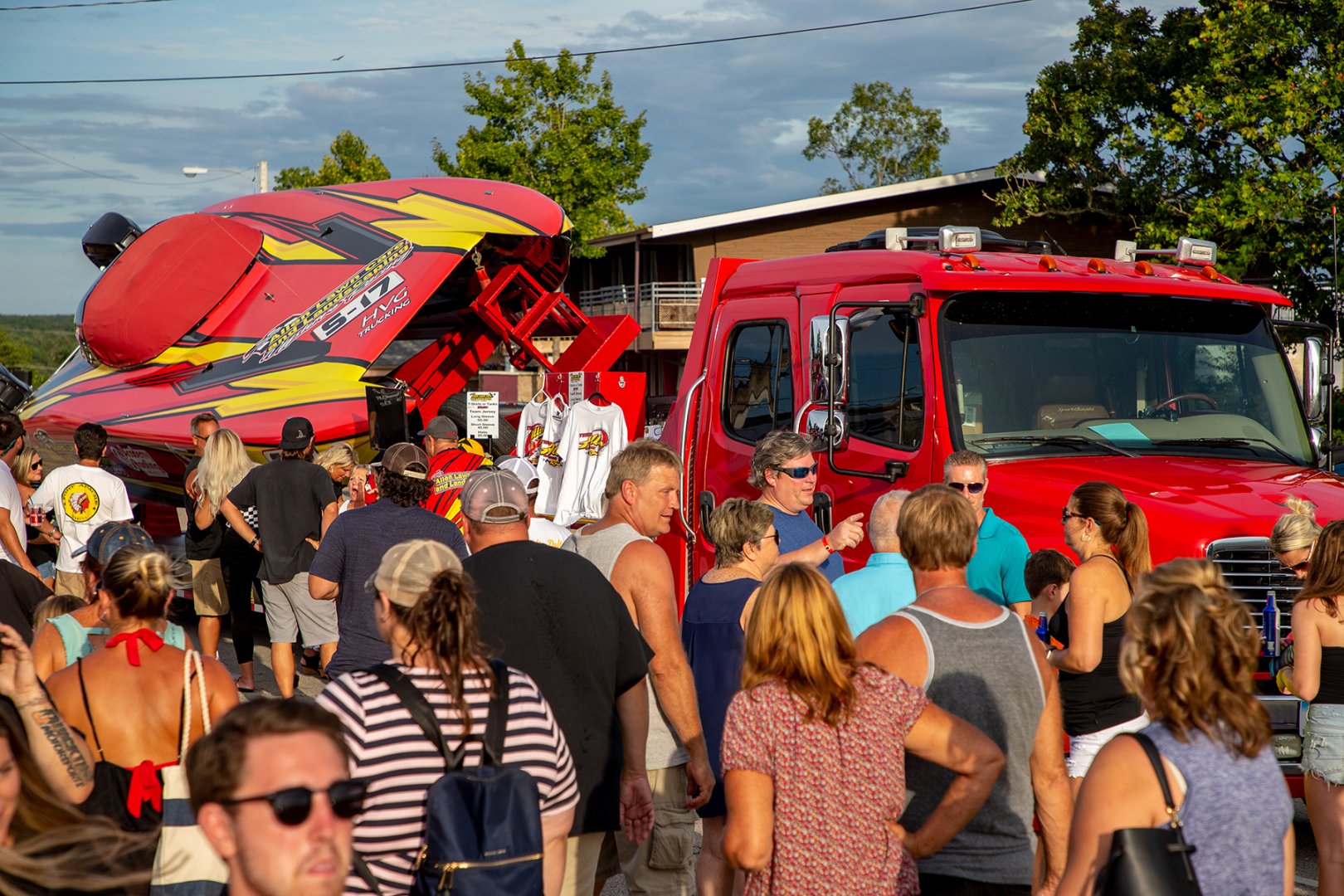 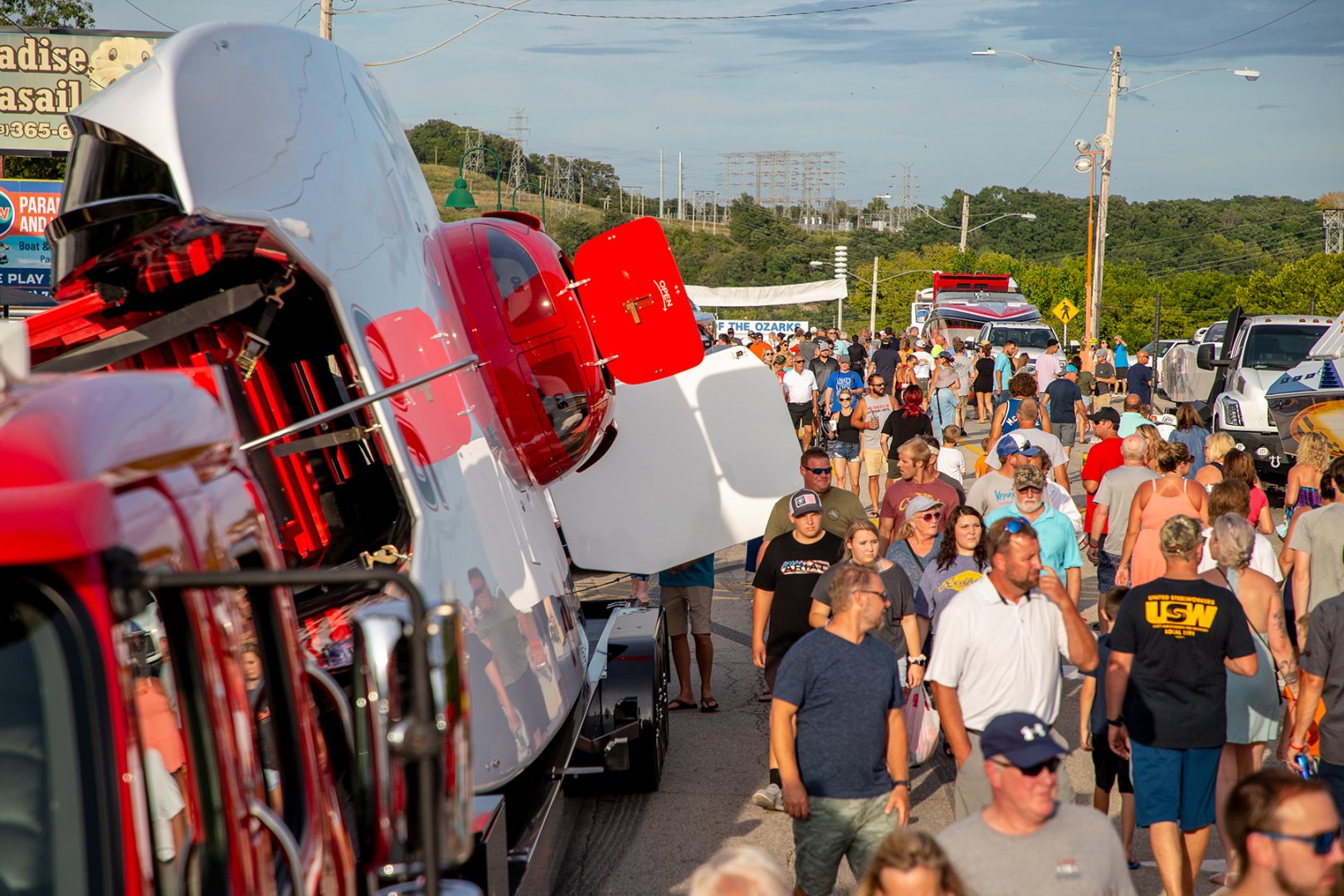 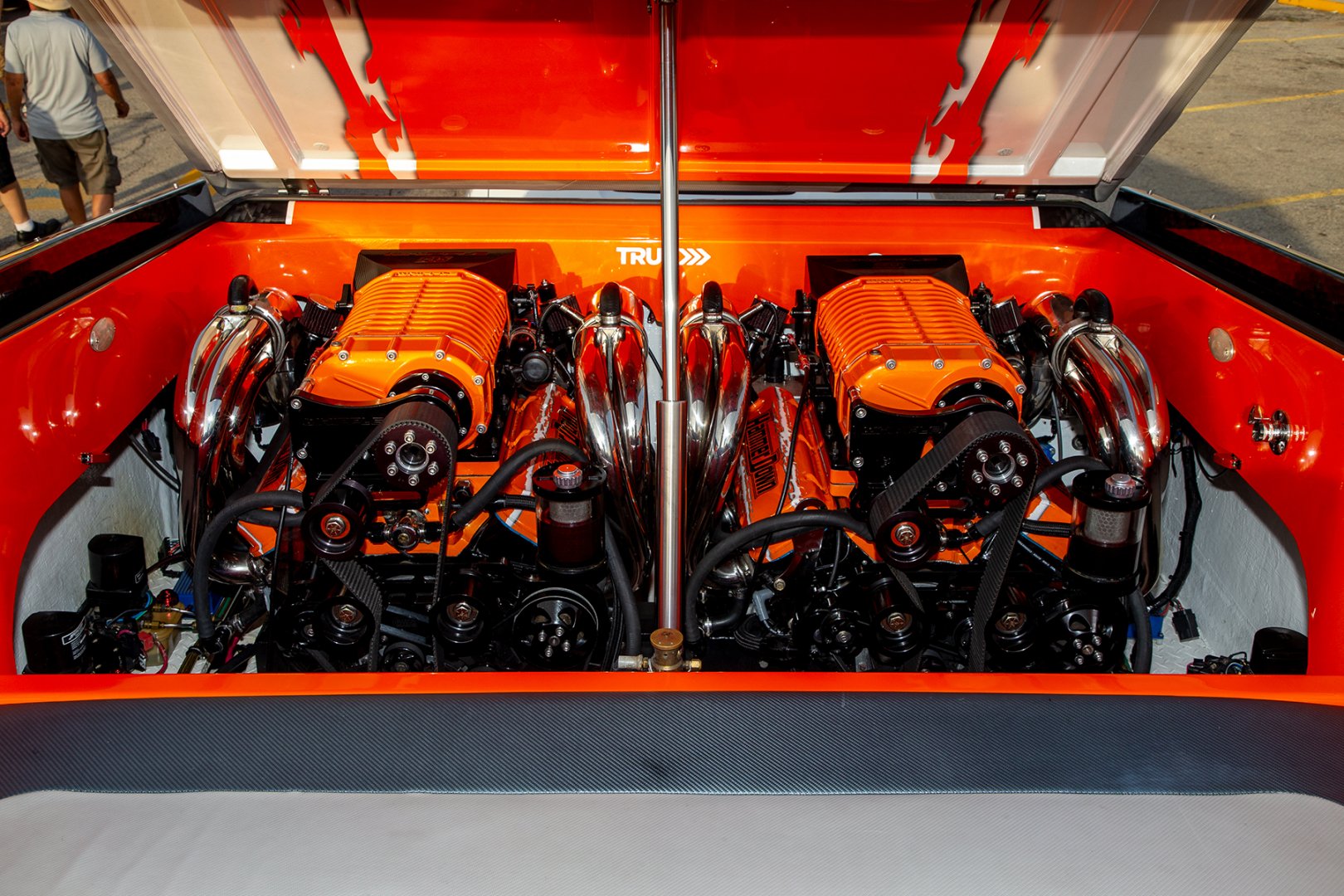 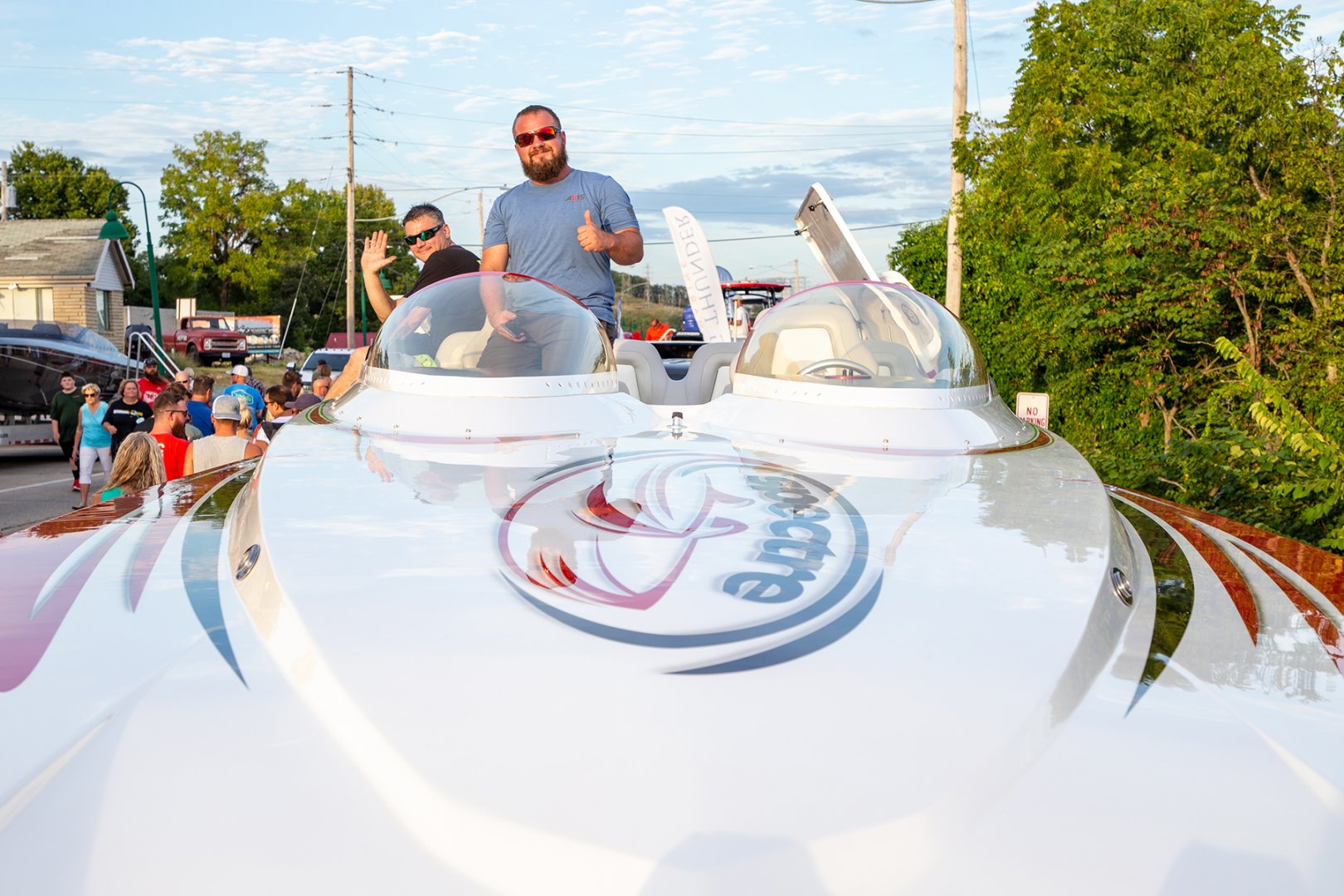 The second boat that I mentioned from the street party was the beautiful and ever-popular 52’ Mystic, “Envy” owned by Chris Cox out of New York. They’re not going to run the shootout this year, but like everyone else, they were just looking to get out and be a part of the social scene. 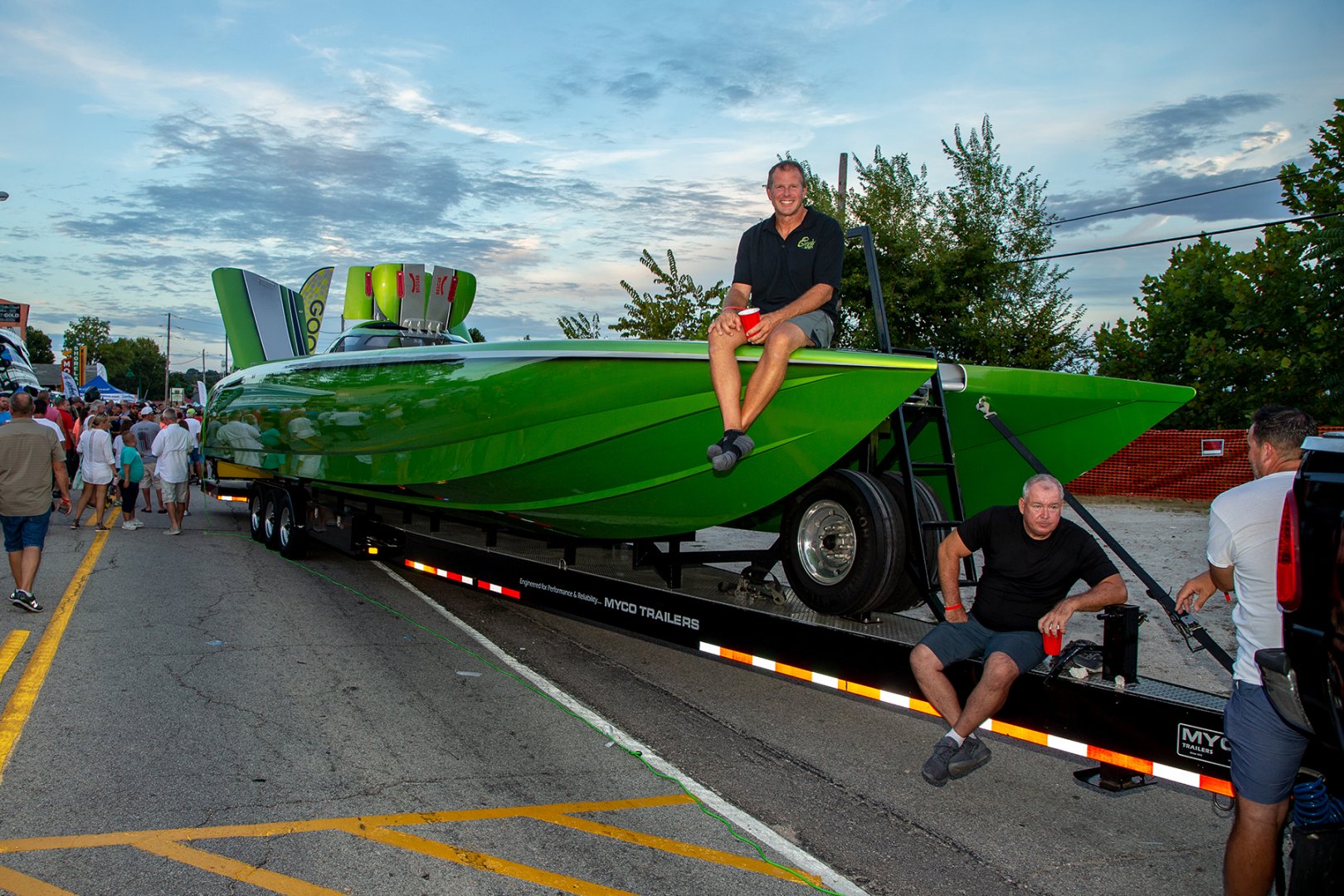 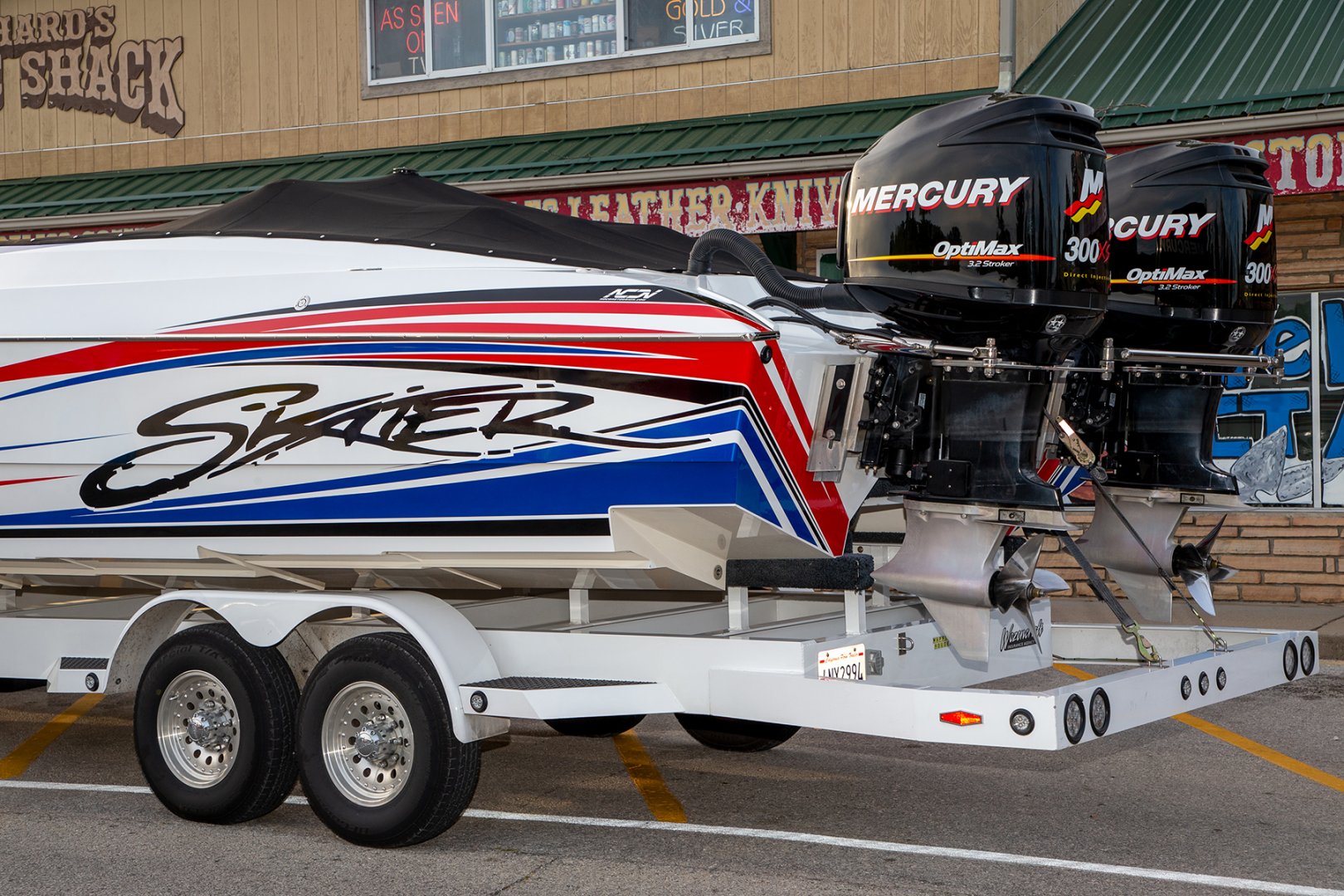 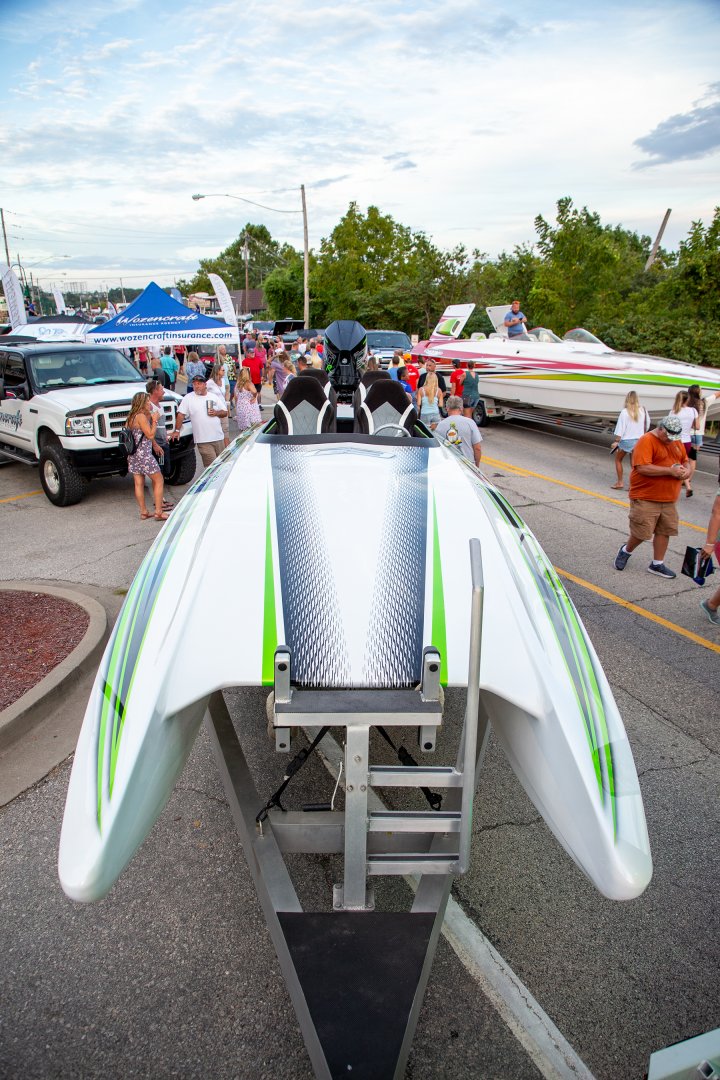 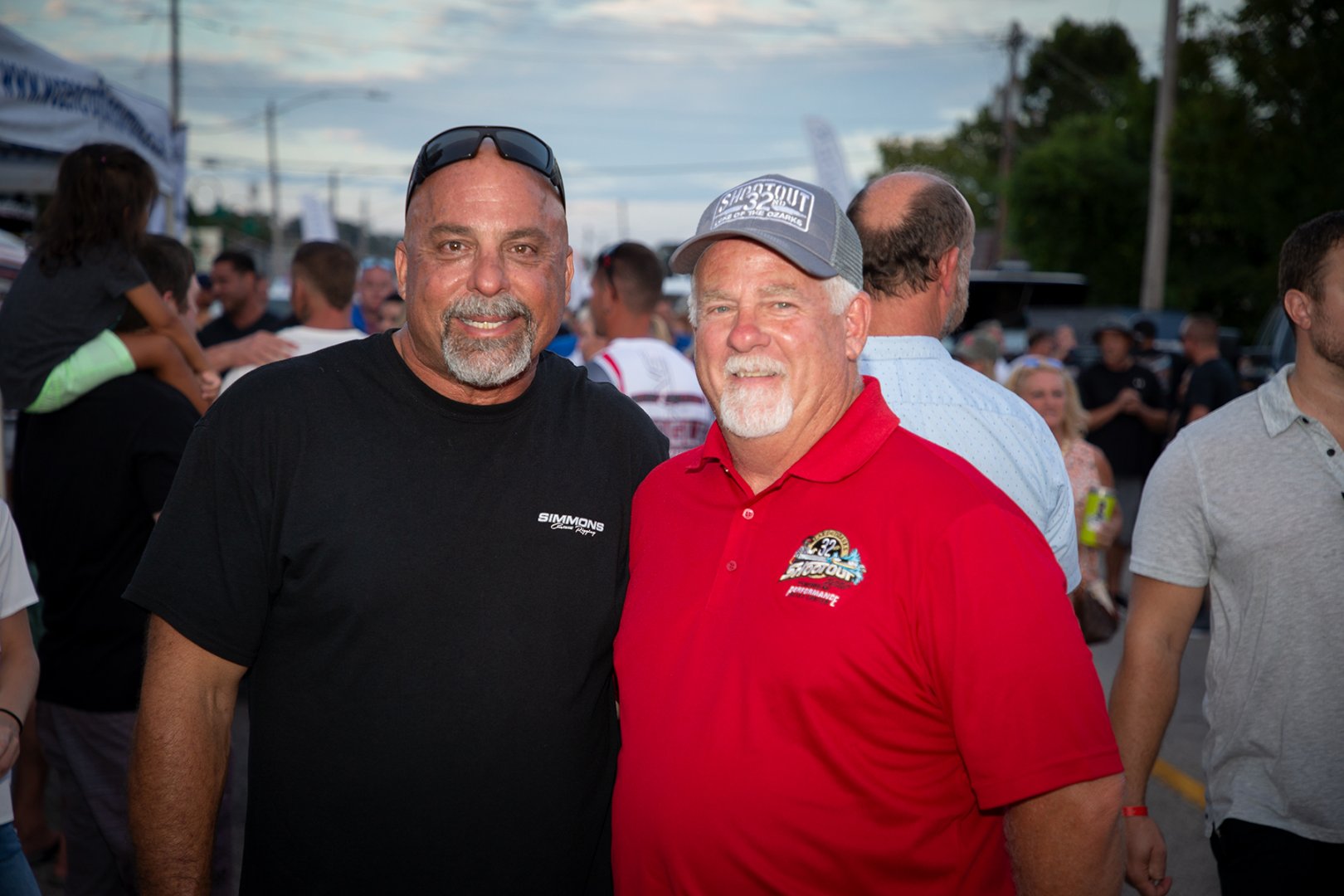 John "Cap" Caparell with the one and only "Captain Ron." 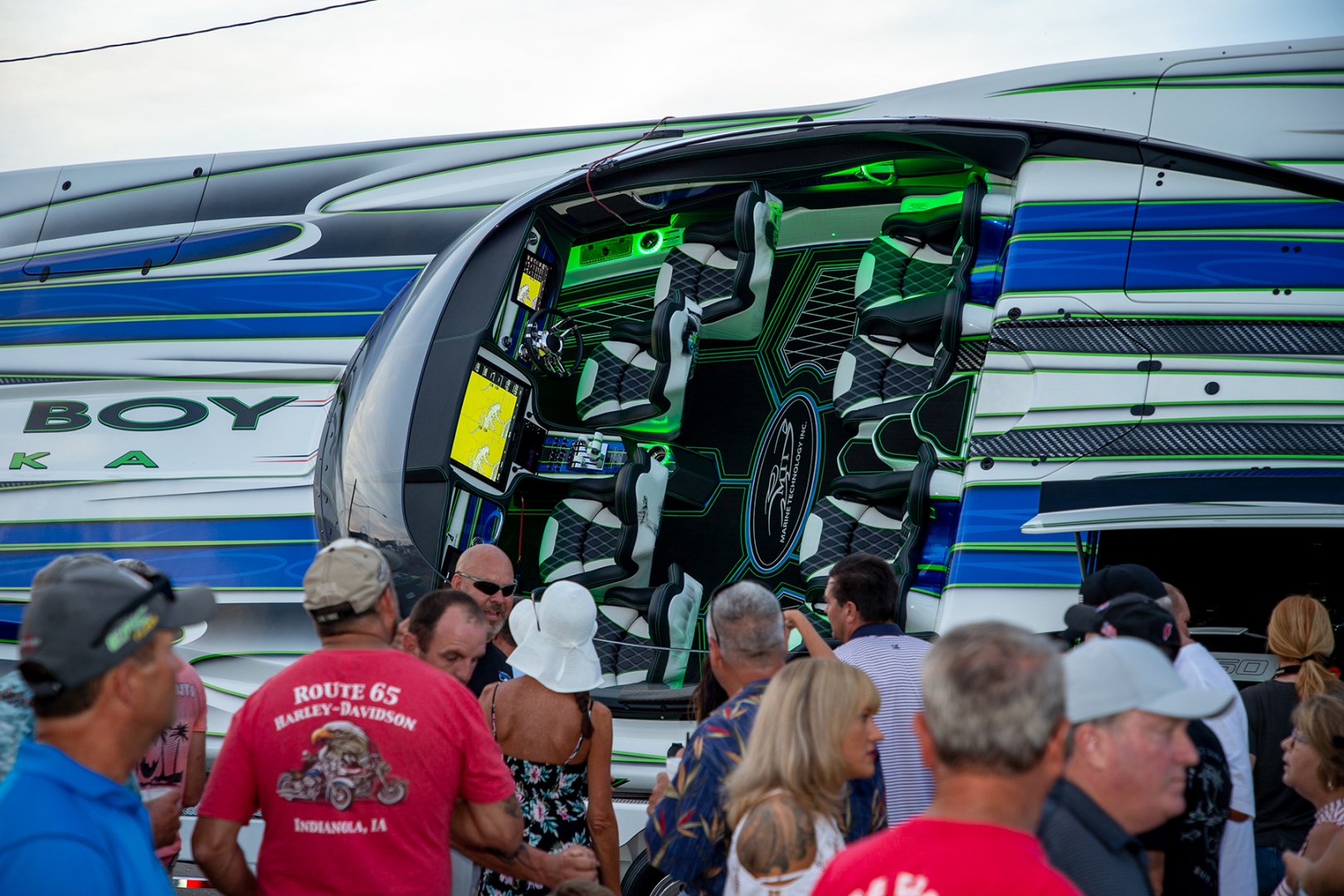 There are a lot of things planned for the rest of the week, so hopefully the weather will cooperate. Next up will be the poker run meet and greet tonight at Performance Boat Center. Keep an eye on the facebook page for updates and photos. 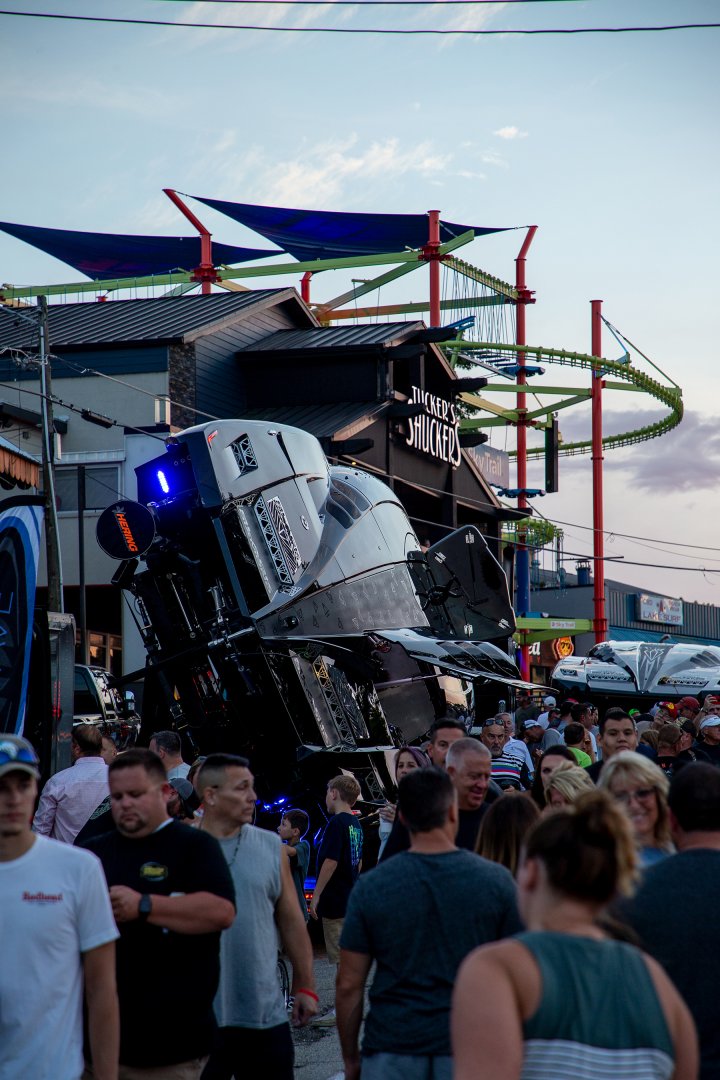 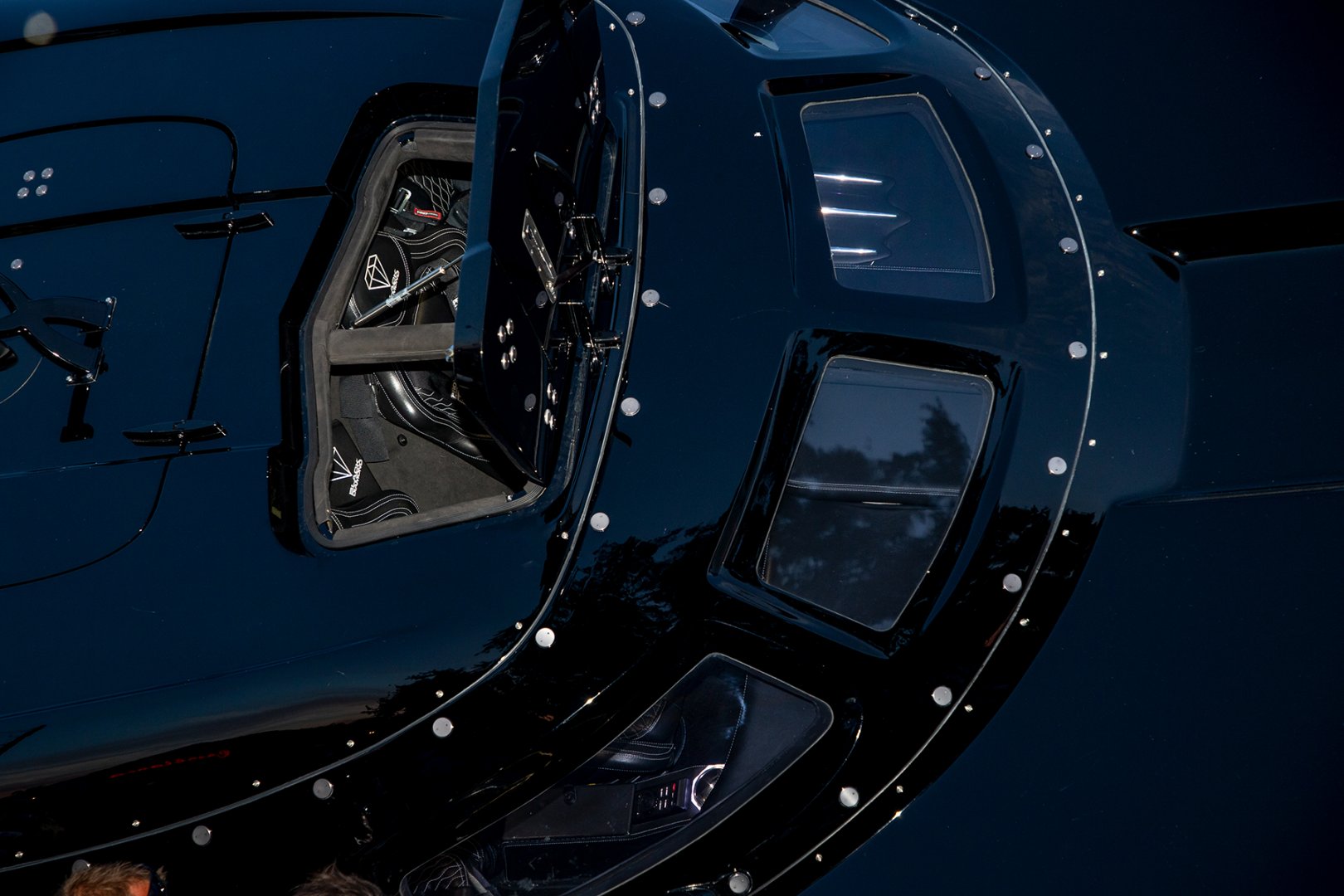 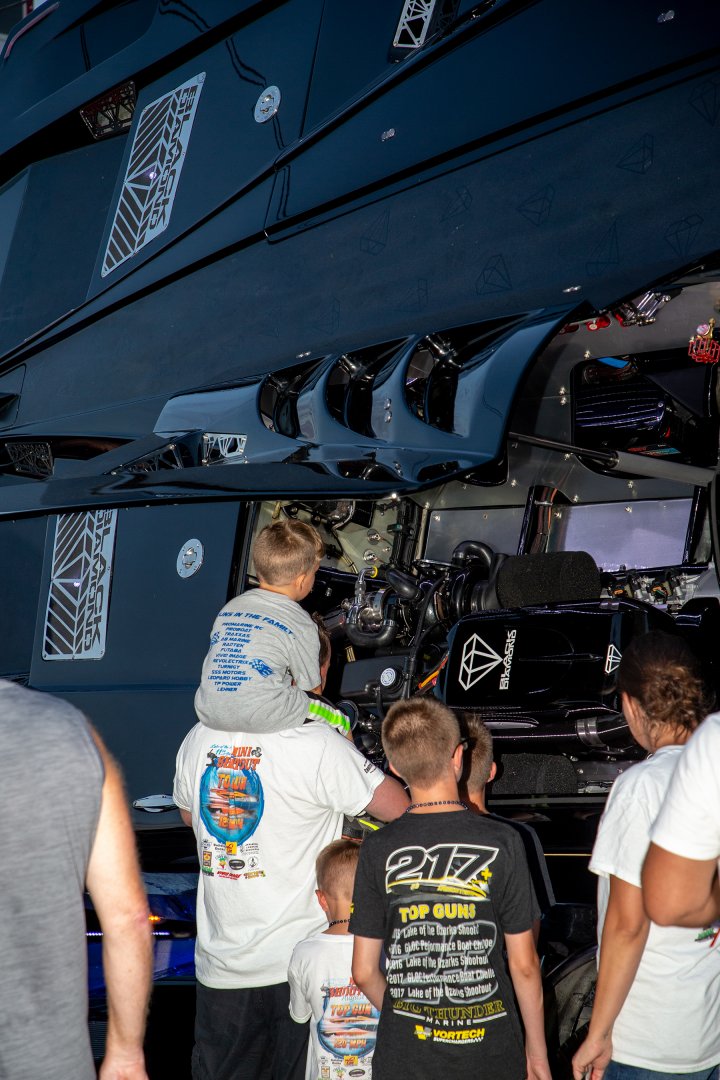 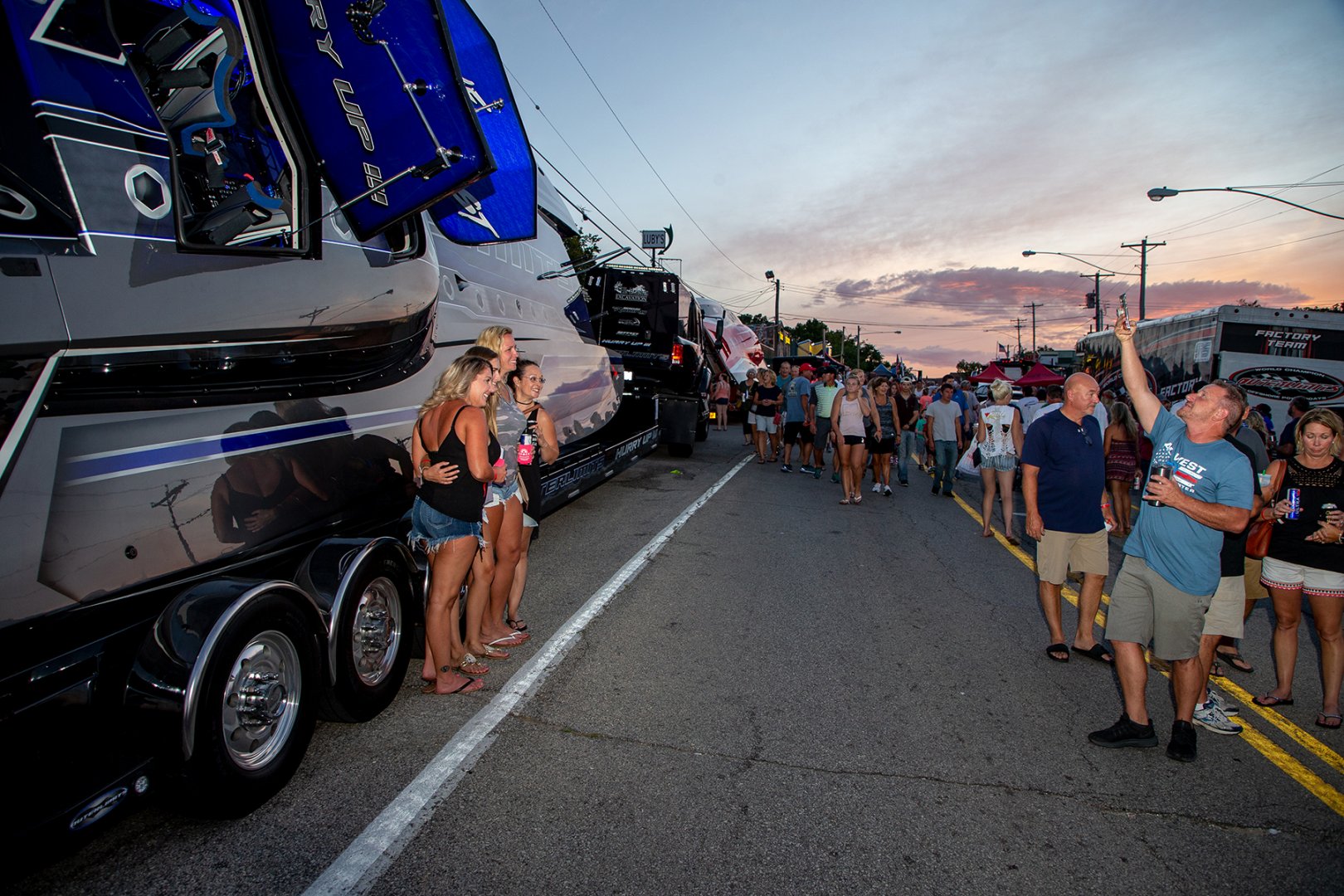 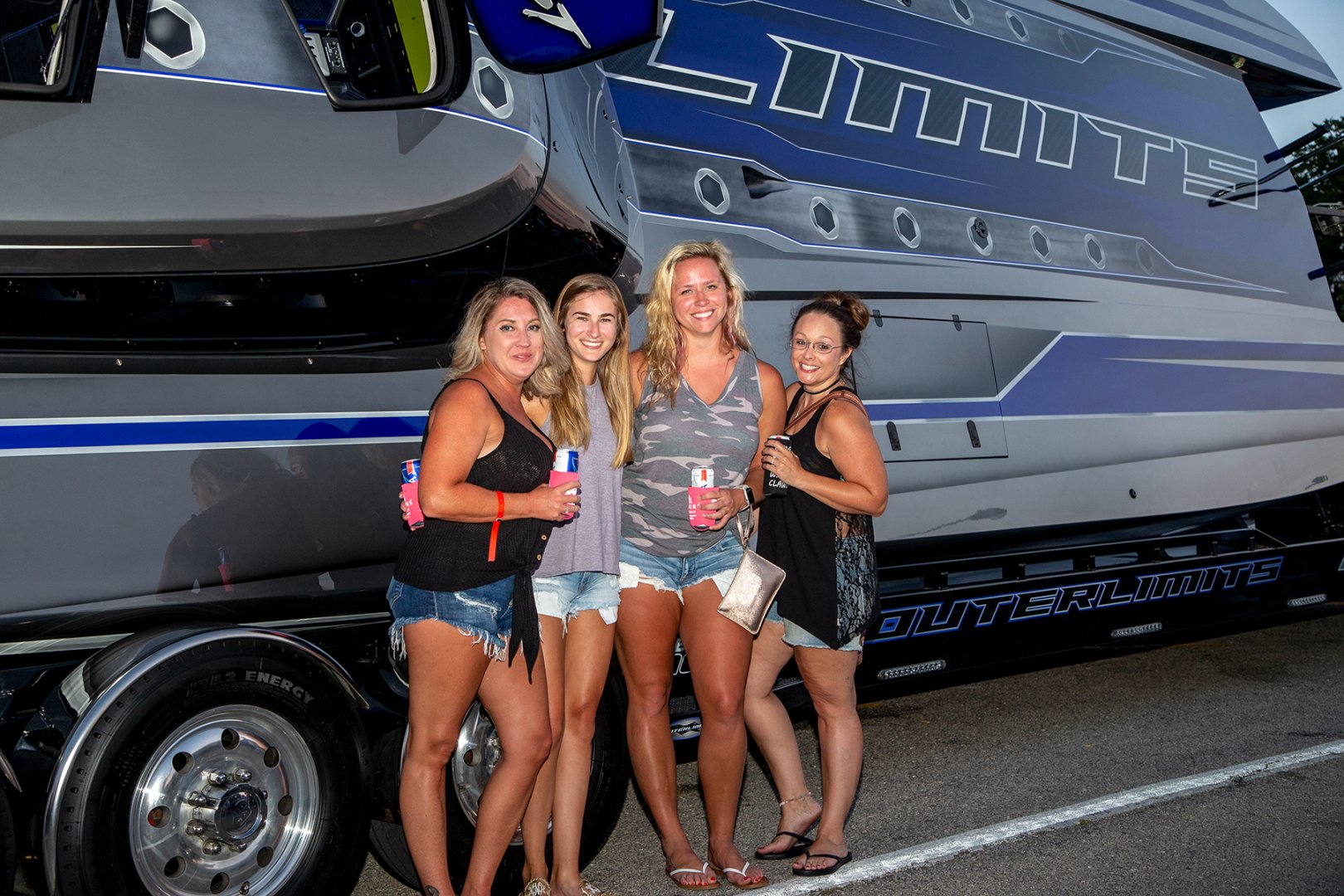 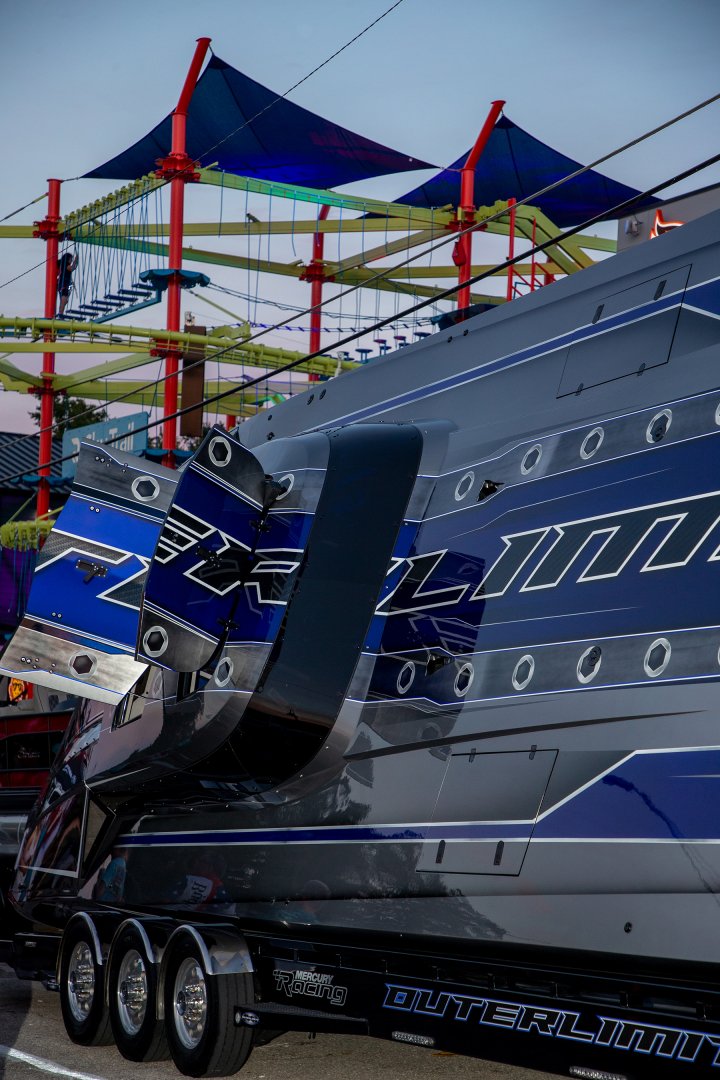 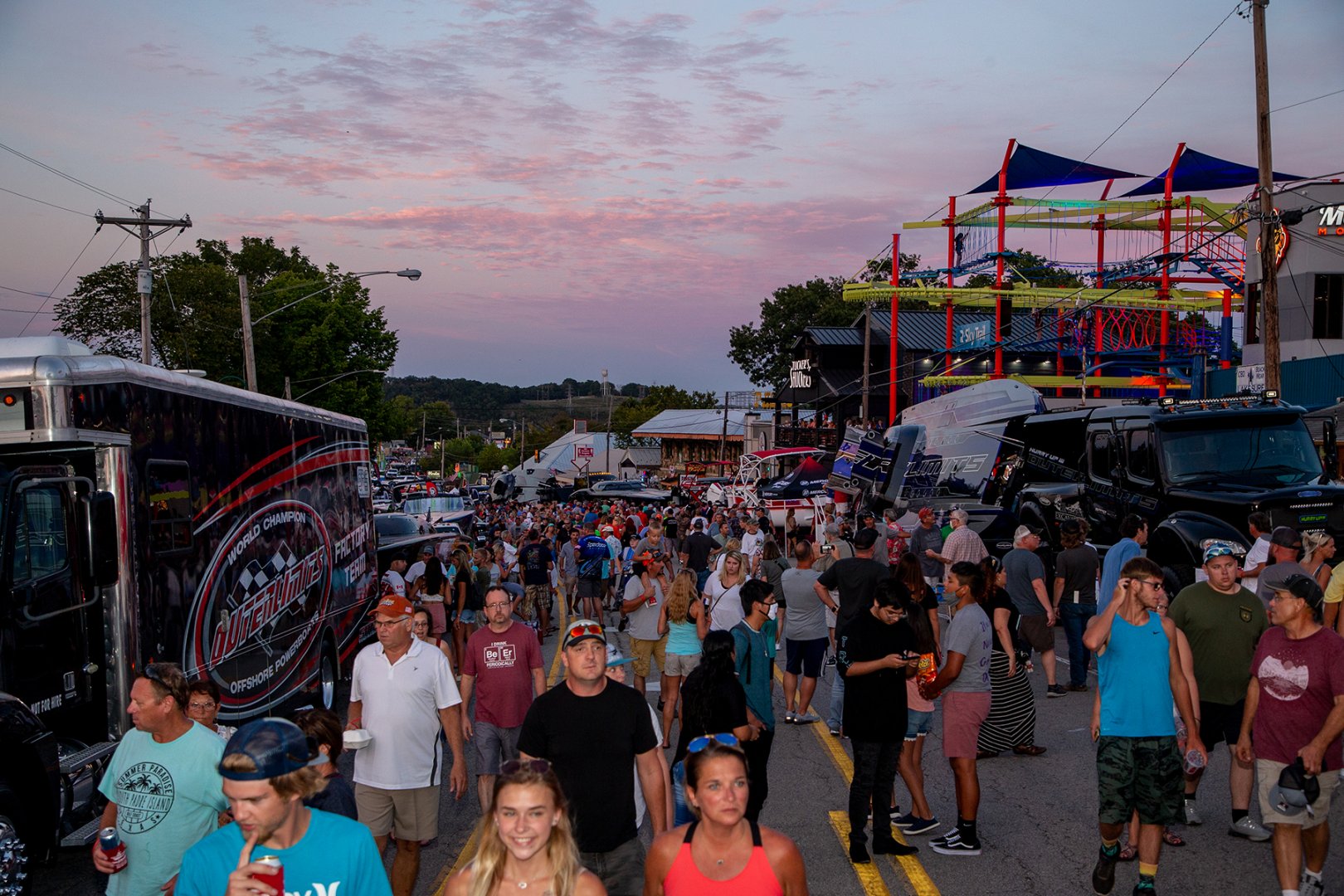 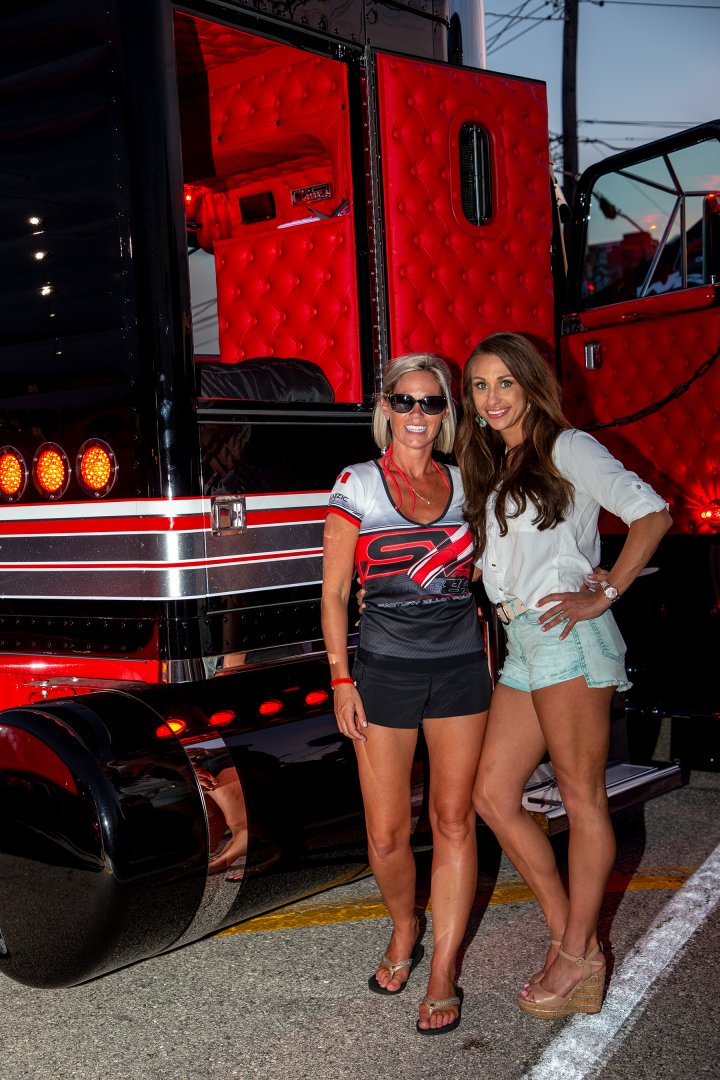 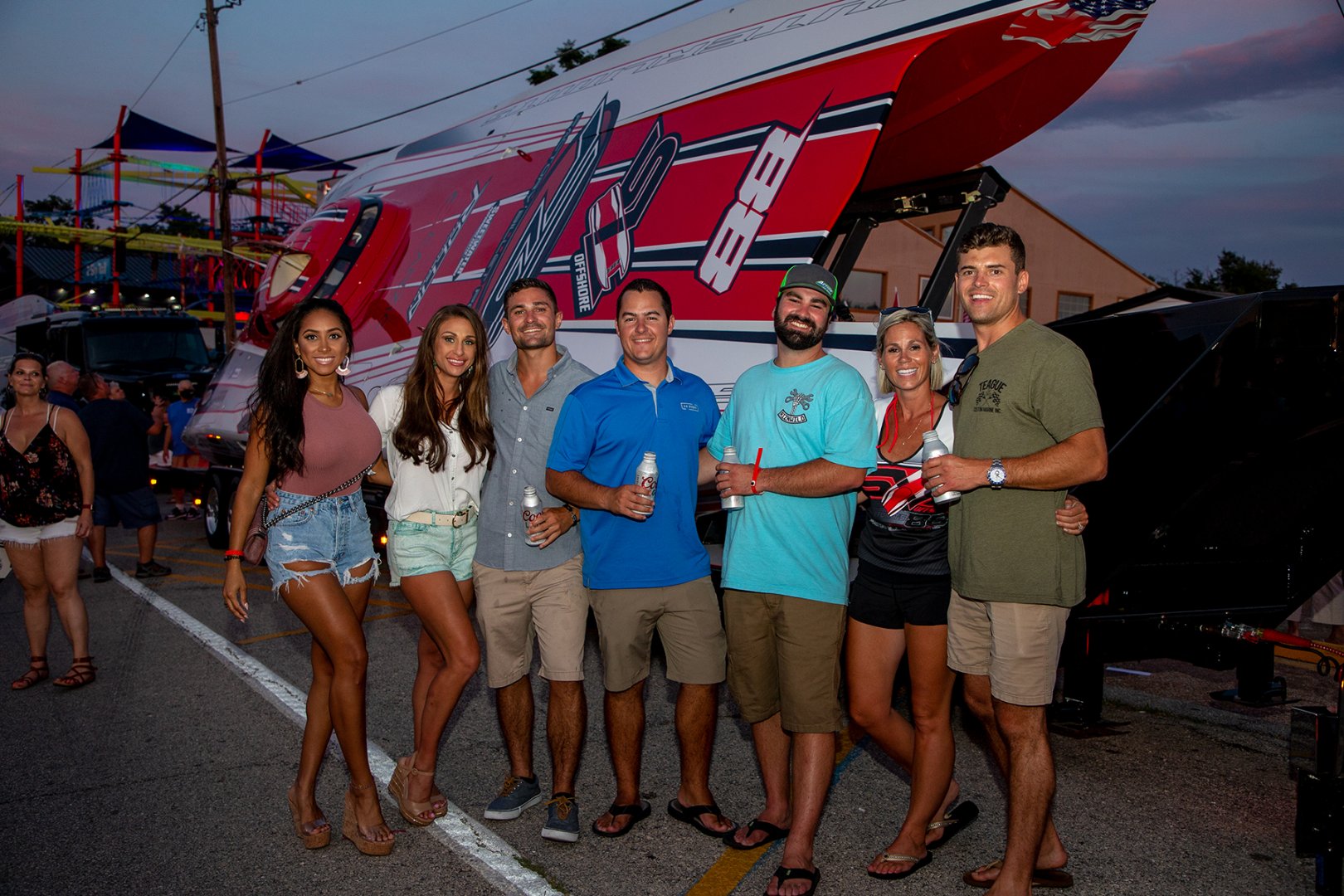 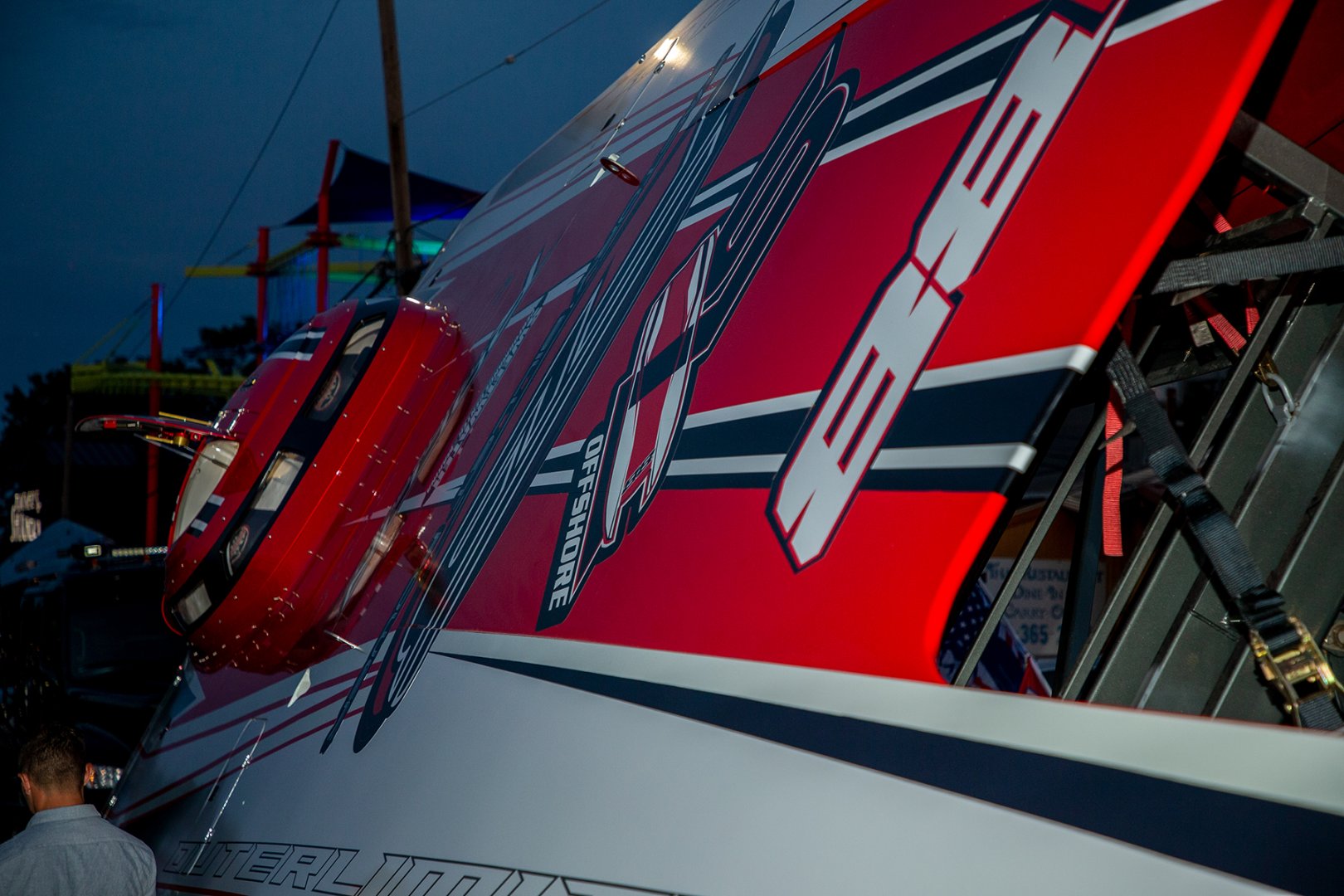 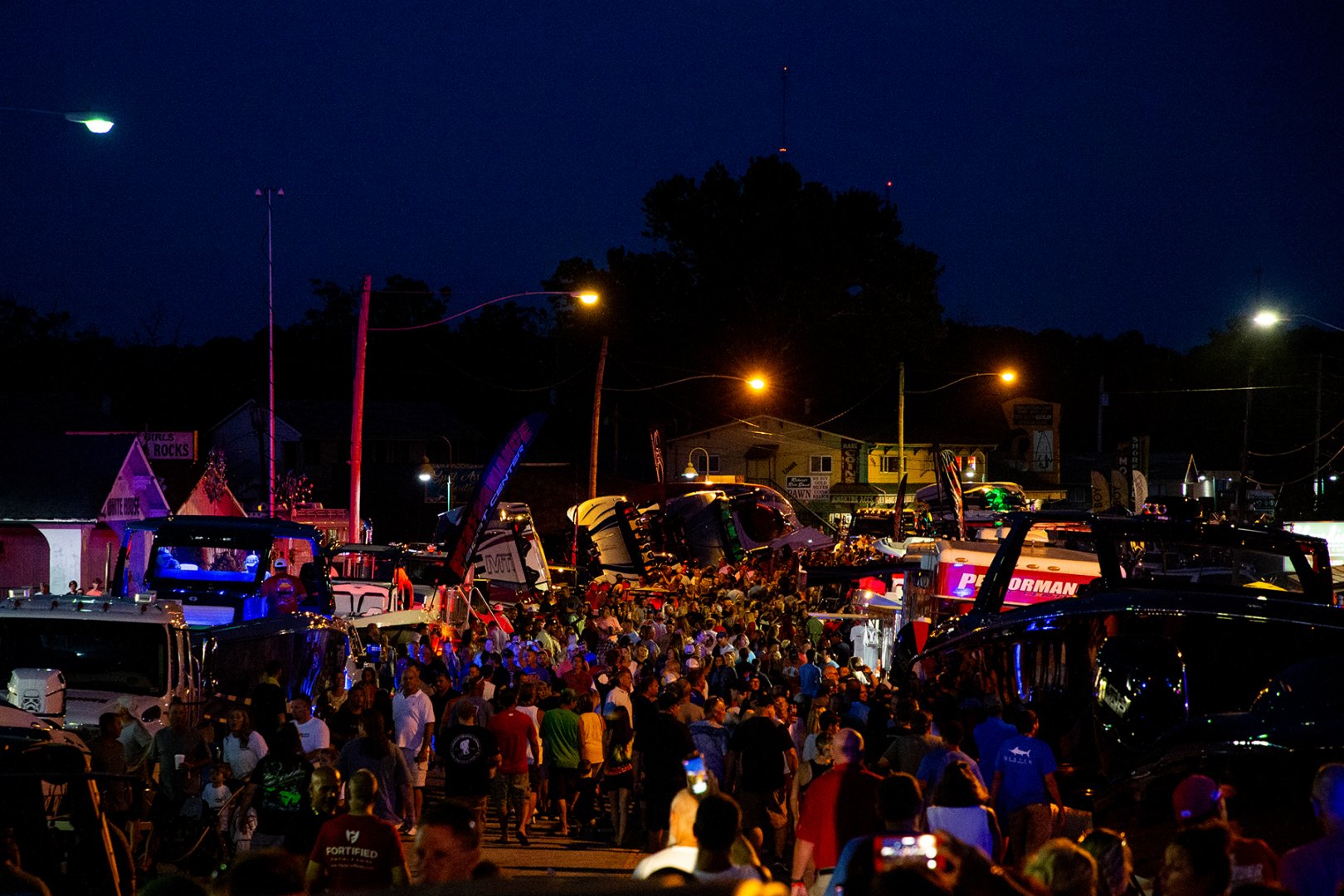 Chris Cox with Envy is a different cat. He builds some bad ass shit, but never really runs any of them? Envy is amazing.