With so many understated and over the top boats at the 6 th Annual Bill B River Rockets Boat Show it was difficult to pick only a few that really stood out to me. However, almost immediately there were two that caught my eye.

The first was a beautiful shovel nose hydro I watched idle in. The second a Cole TR2 sporting a familiar name near the cockpit. 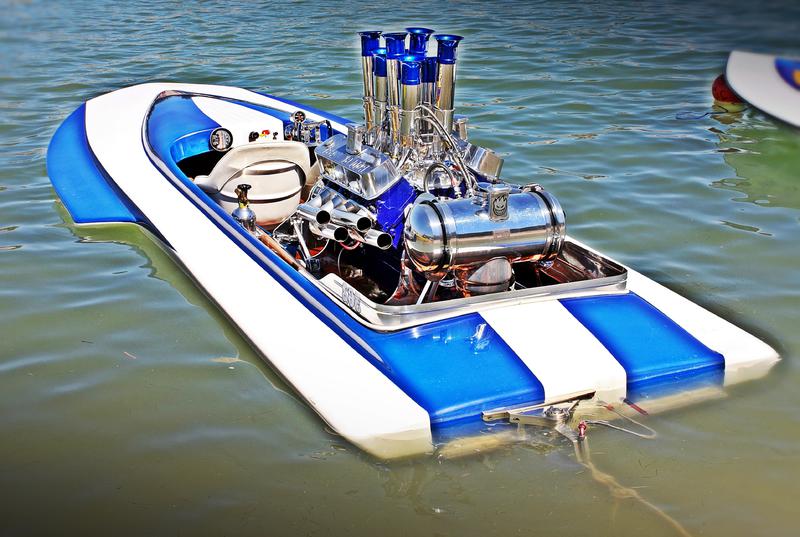 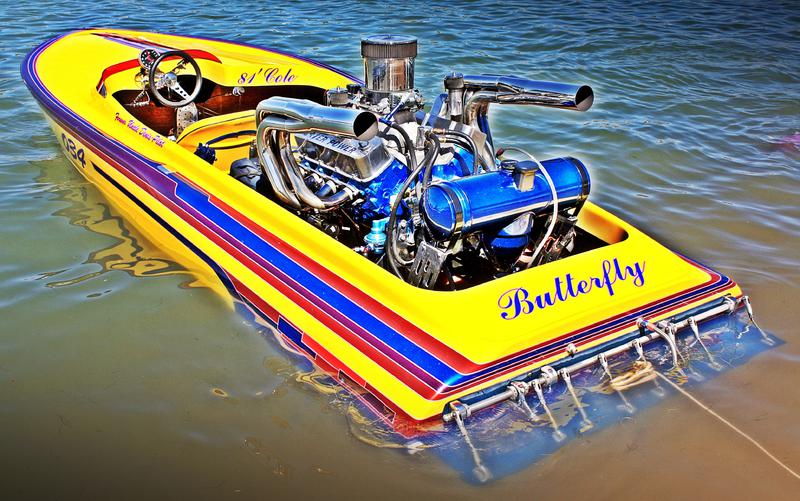 First stop was for some shovel nose goodness. This hydro is a 1977 Mr. Ed shovelnose, designed by legendary Ed Willis. It is Owned and piloted by Joe Hoppe out of Sacramento, Ca. Not too many of these hulls running around. I'd bet you could count them on both hands. When Joe came across this hull about 10 years ago he suspected what he had, but wasn't sure. He tracked down and enlisted the opinion of a man whom had been laying these exact hulls up some 40+ years ago. It was then Joe was able to confirm this was indeed a Mr. Ed Hydro. The next three years were a labor of love, restoring the boat to its current state where it has been known for the last seven years as "After U 362".

It came out beautifully. 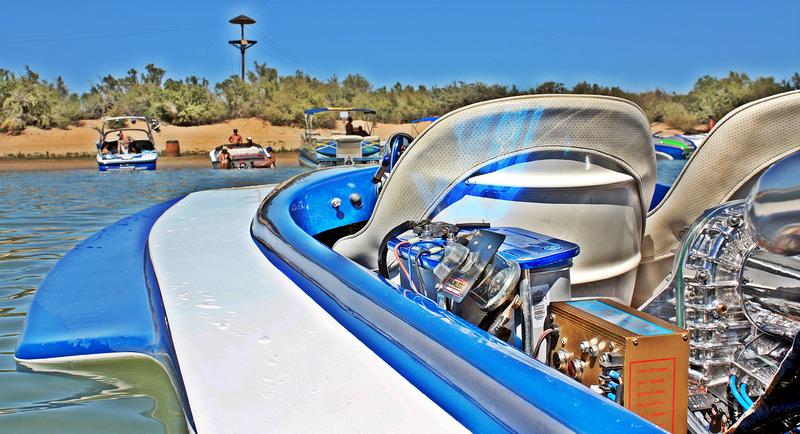 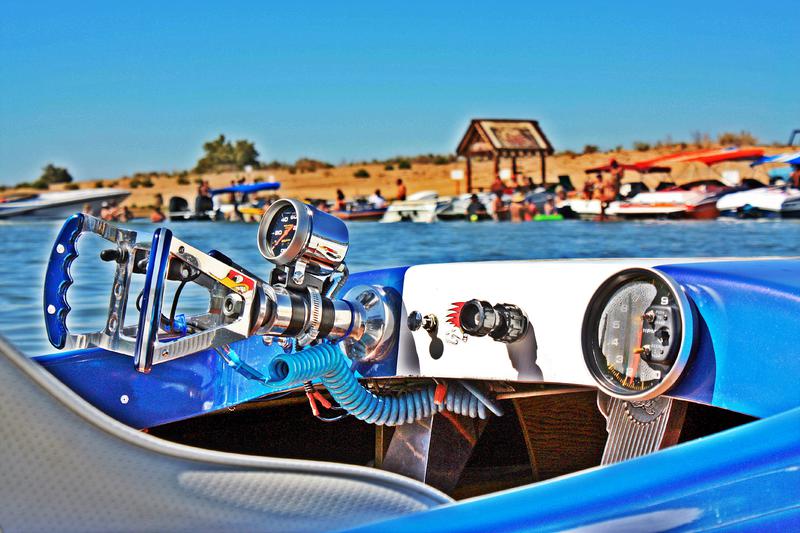 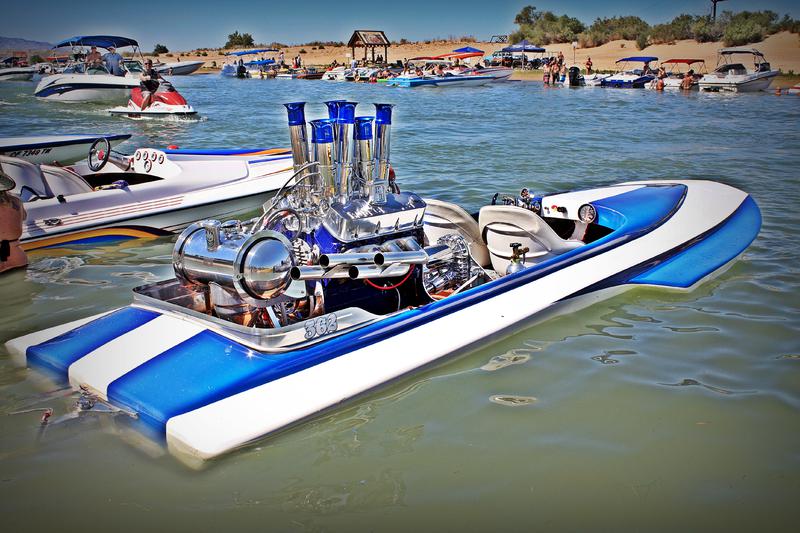 The boat is powered by a methanol burning 396ci Big Block Chevy built by Joe himself. The 600+/- horses are fed through a Crower mechanical injection set up that just plain looks bitchin'. That power plant makes this a high 9 second boat clearing the lights at 114mph. 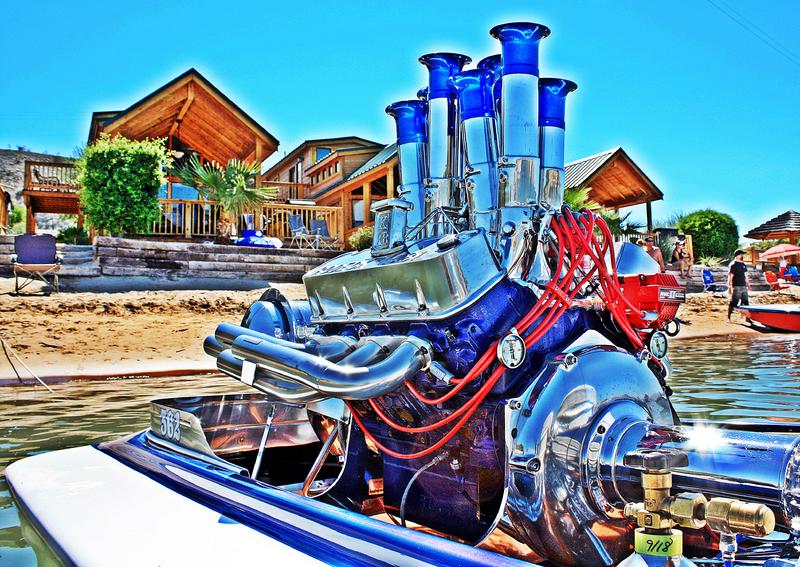 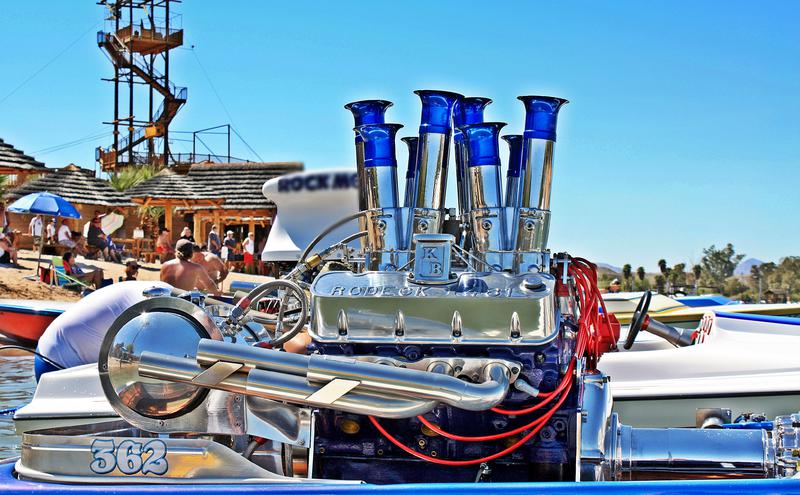 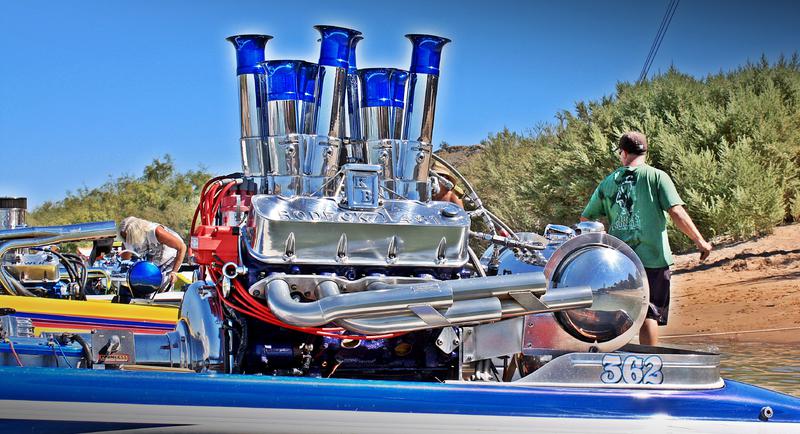 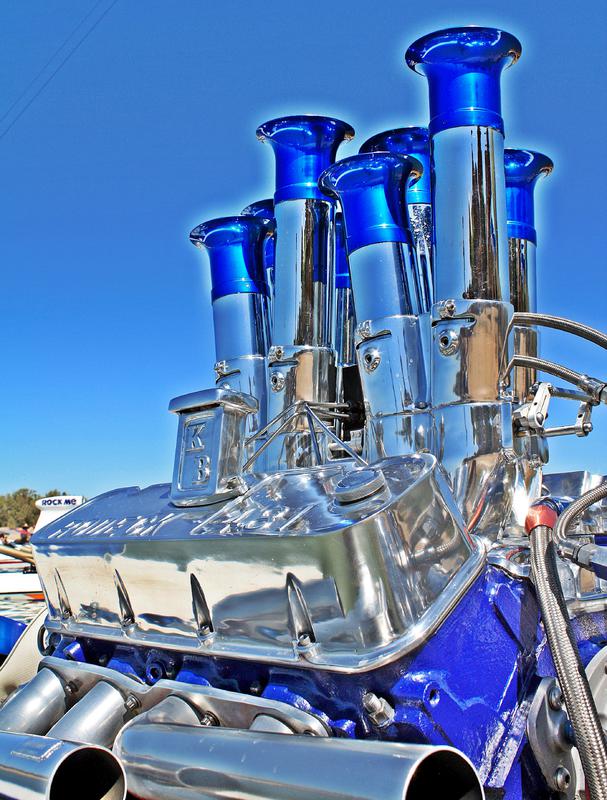 Second stop was literally next door. This timeless 1981 Cole TR2 was previously owned and piloted by Dennis Porter. For those who don't know, Dennis passed away in 2010 while on Lake San Antonio in central California. Dennis passed doing what he loved, piloting a V Drive when misfortune took him to better place. Dennis was known for having designed and installed the first hydraulically assisted down pedal system in a V Drive boat. Getting up in age and fighting arthritis he began having trouble fully operating the pedal. From necessity comes innovation; making Dennis nothing less than an innovator in my book. I stumbled across this photo of Dennis and "Butterfly" sporting a monster blown injected engine. 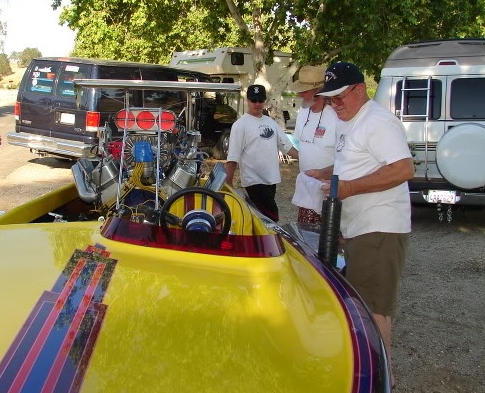 The current owner, Brent York out of San Jose, Ca, is a friend of the Porter family and bought the boat less power in 2013. Battling health issues the past few years, the 2016 River Rocket show marks only the third time Brent has been able pedal the Cole while on the water. Needless to say he says "it's nothing but fun behind the wheel and it feels good knowing his friends memory continues." 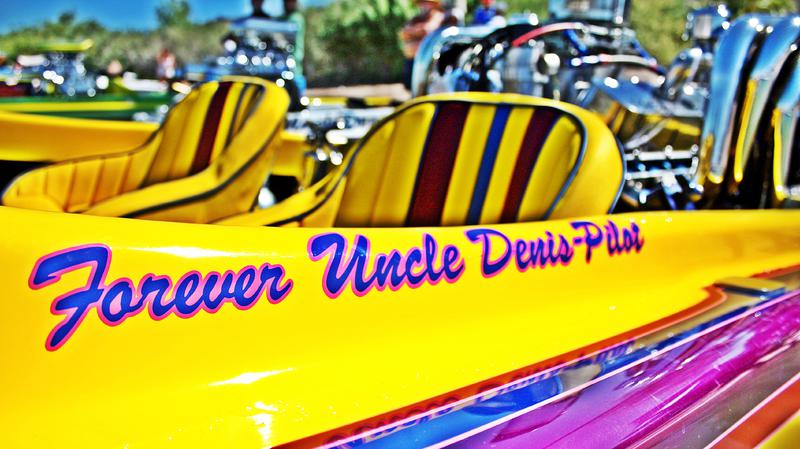 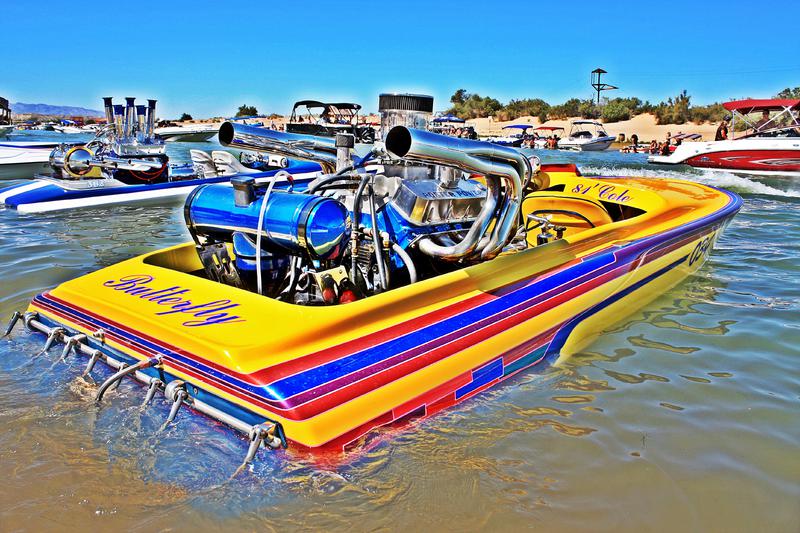 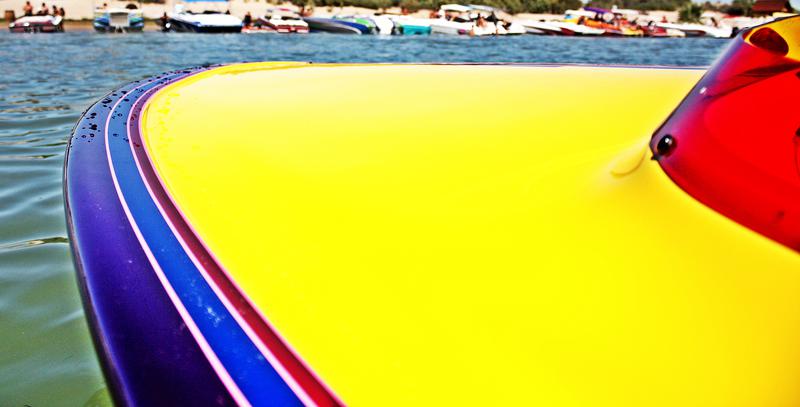 The 502cui Bow Tie block was filled with Ross Racing Pistons, Carrillo rods and a plethora of go fast parts all balanced and put together by another big name in performance; Henry Bechtlof aka "Hank the Crank" out of Southgate, Ca. Hank passed in January of this year. All these parts came together to produce seamless power in the 800hp range. Not quite the set up this boat is used to, but respectable power none the less. 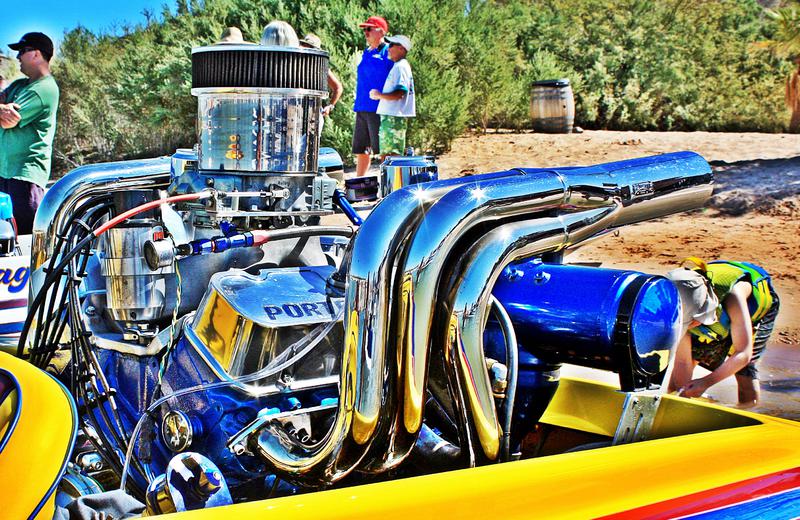 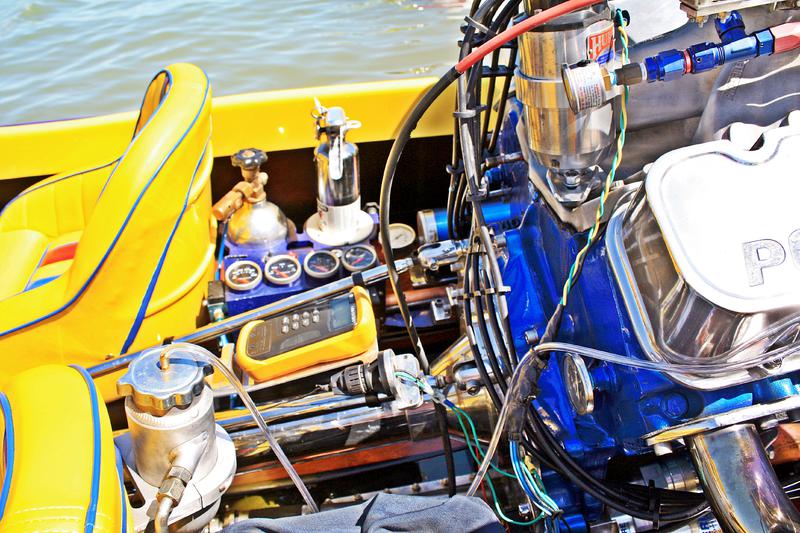 Now it's time to pull a switcheroo, change gears, flip a bitch, or otherwise go a different direction. Jet boats. Love them or hate them, they have been the beginning of countless boating careers. This particular Jet boat caught my eye at a previous event and the Owner has been a subject of discussion here on RDP recently; so I present to you "Sasquach Lives" owned by Lance Oster of Lake Havasu Az. You can see Lance in this photo and understand the name is a nod to his sense of humor. 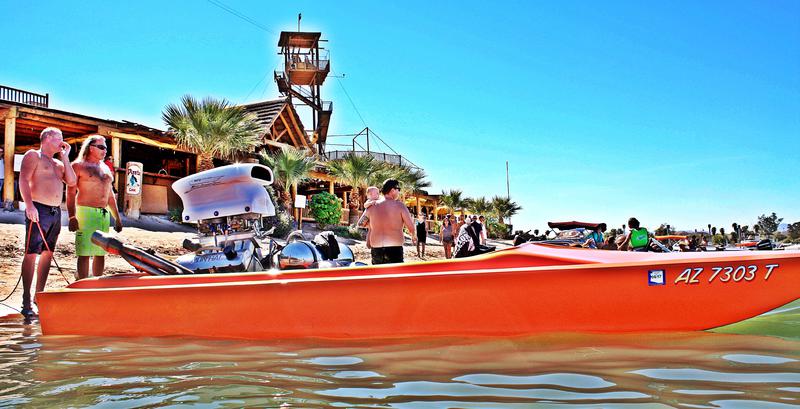 Lance is the third owner of this gorgeous, fully capped 1987 Earl Smith gullwing. The bare hull at 360lbs qualifies it as a welter weight in the Jet boat world. Light enough to whoop some ass, still strong enough to take a bit of a beating. The minimalist dash, complimented by a Momo steering wheel, sports only temperature, pressure and tach. Calgo cable steering keeps it straight while a classic rams horn reverse bucket handles the details. 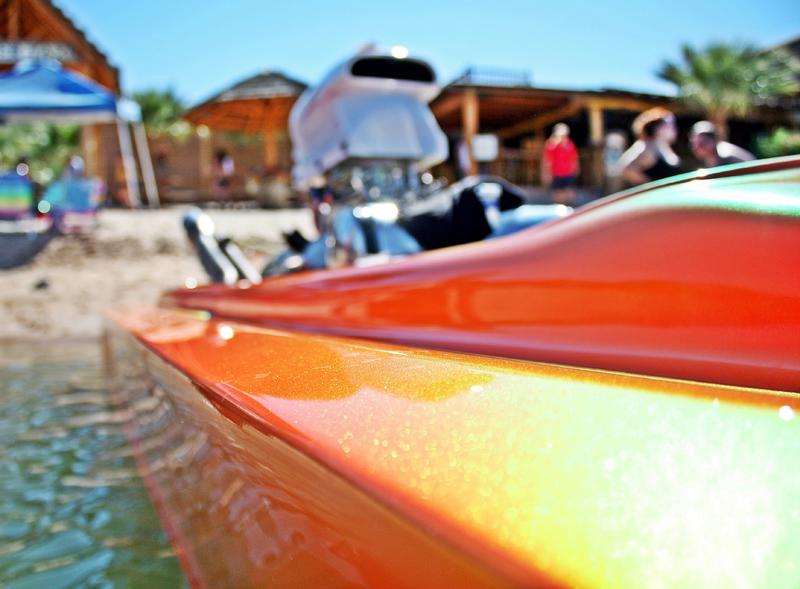 The grunt in this boat comes through a ProGas 526cui. Built on an aluminum Keith Black engine block topped with 30+ year old Brodix Pontiac heads. 1,000hp is easily expected out of this mill. 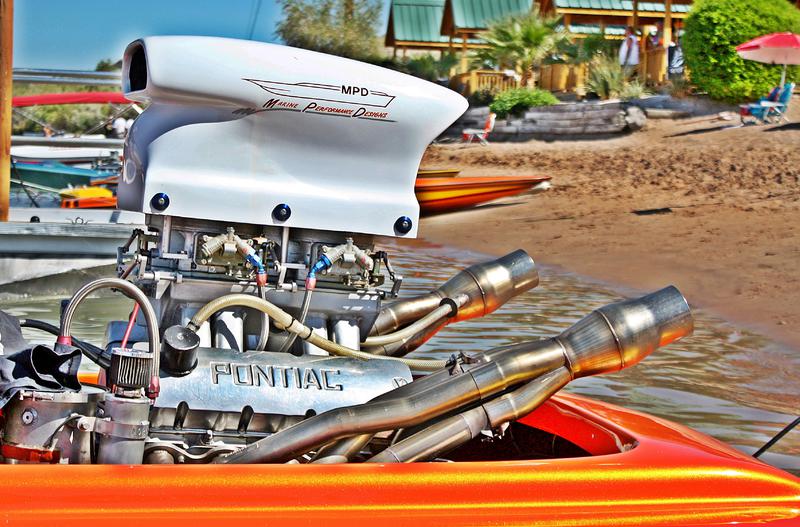 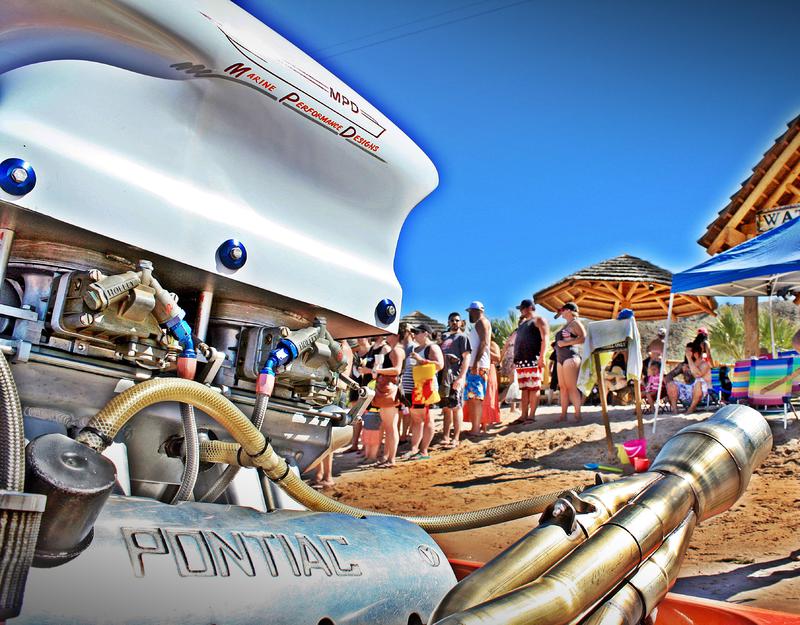 These are just a few of the amazing participants and the show. There were many more stories and many more boats. Its events like these that keep the love of horsepower, racing and boating alive for some of and kindle the spark in countless others.

See you on the water.