The changing of the guard….sometimes for the better, and then again, sometimes not. That’s kind of the mixed feelings that the elite of drag boat racing had at Firebird Raceway for the running of the 2009 season ending IHBA World Finals at Firebird Lake in late November. Before the four days of competition got underway, IHBA owner/president Charlie Fegan addressed the drivers and owners, catching nearly everyone off-guard announcing that the World Finals would be the last race sanctioned and conducted by his association which has played such an integral role in guiding and shaping drag boat racing for nearly thirty years. 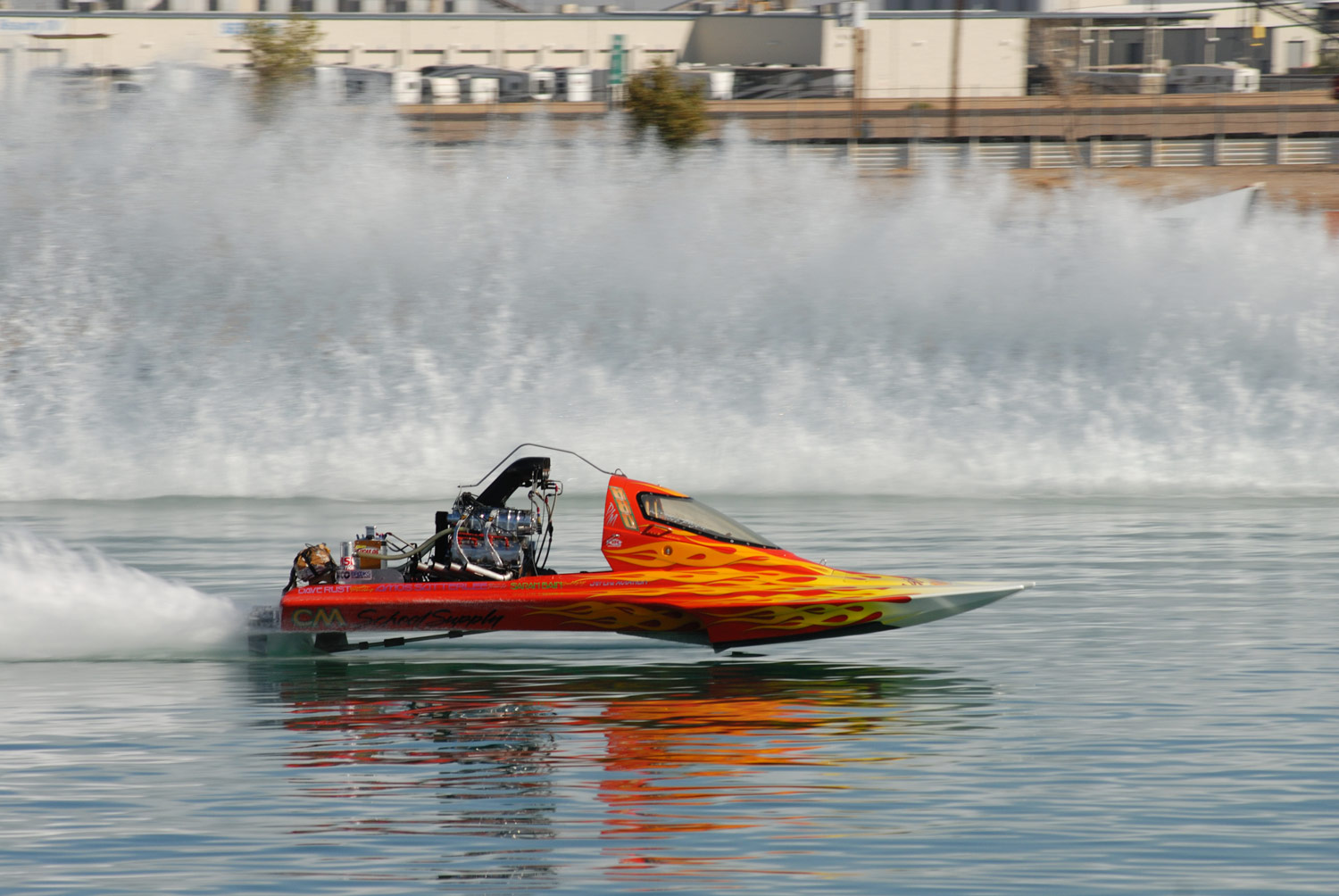 The bombshell was precipitated by the decision of Lucas Oil Products, a company which has vastly expanded its reach into motorsports promotion in recent years, to unify drag boat racing across the country under a single set of rules and classes, something that has been attempted on several occasions over the past forty years, but until now, never successful. 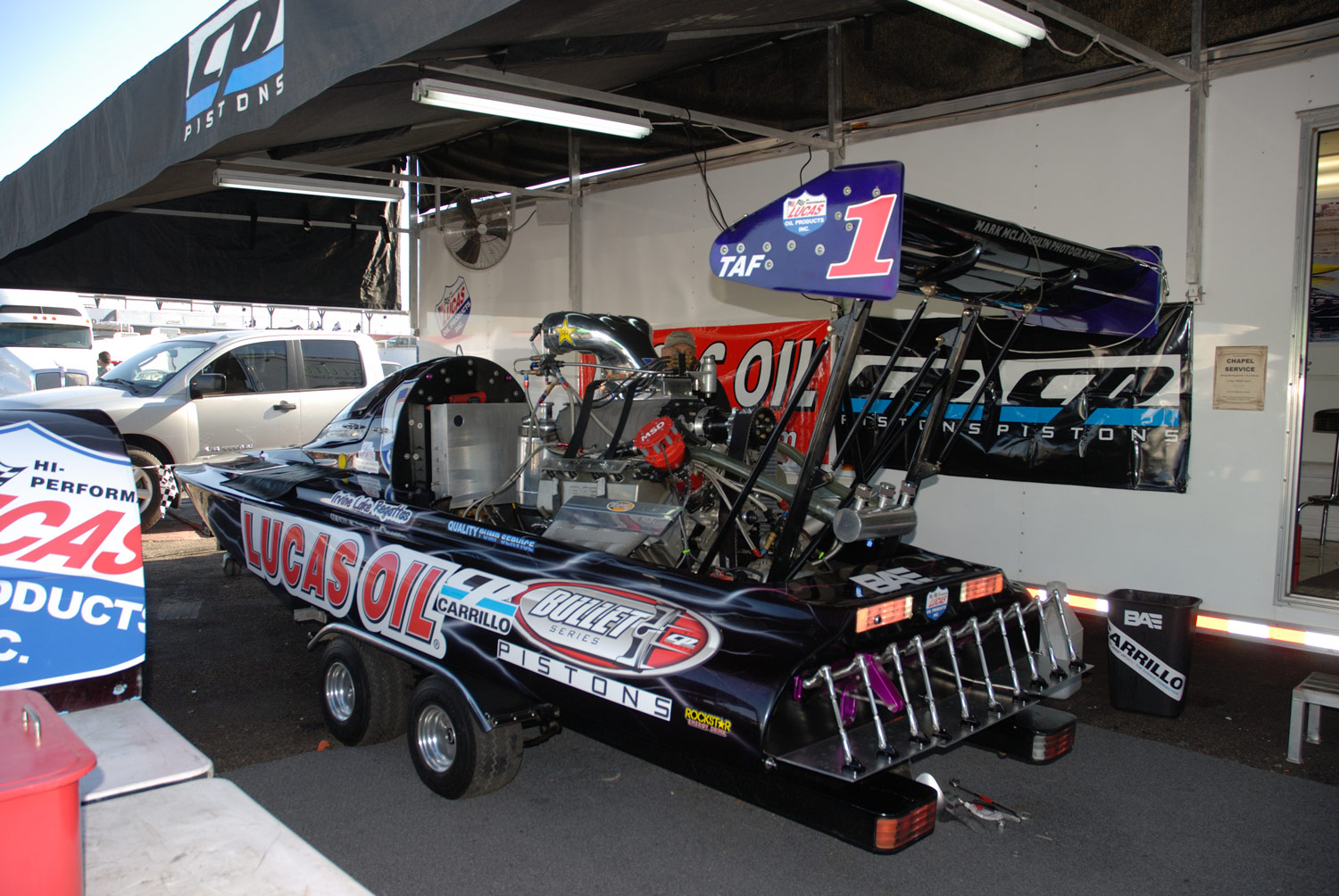 New Lucas Oil Drag Boat Racing Series Director, Ken Dollar said, “Drag boat racing has needed to take this next step in order to compete with other forms of motorsports racing for media attention and sponsorship dollars. Individual regional associations have done an excellent job of building the sport from the grassroots level, but if drag boat racing is going to elevate itself and become recognized as a genuine professional motorsports entity, it has to create a national presence. And with the support and resources of Lucas Oil Products, that is what we’re committed to do.” 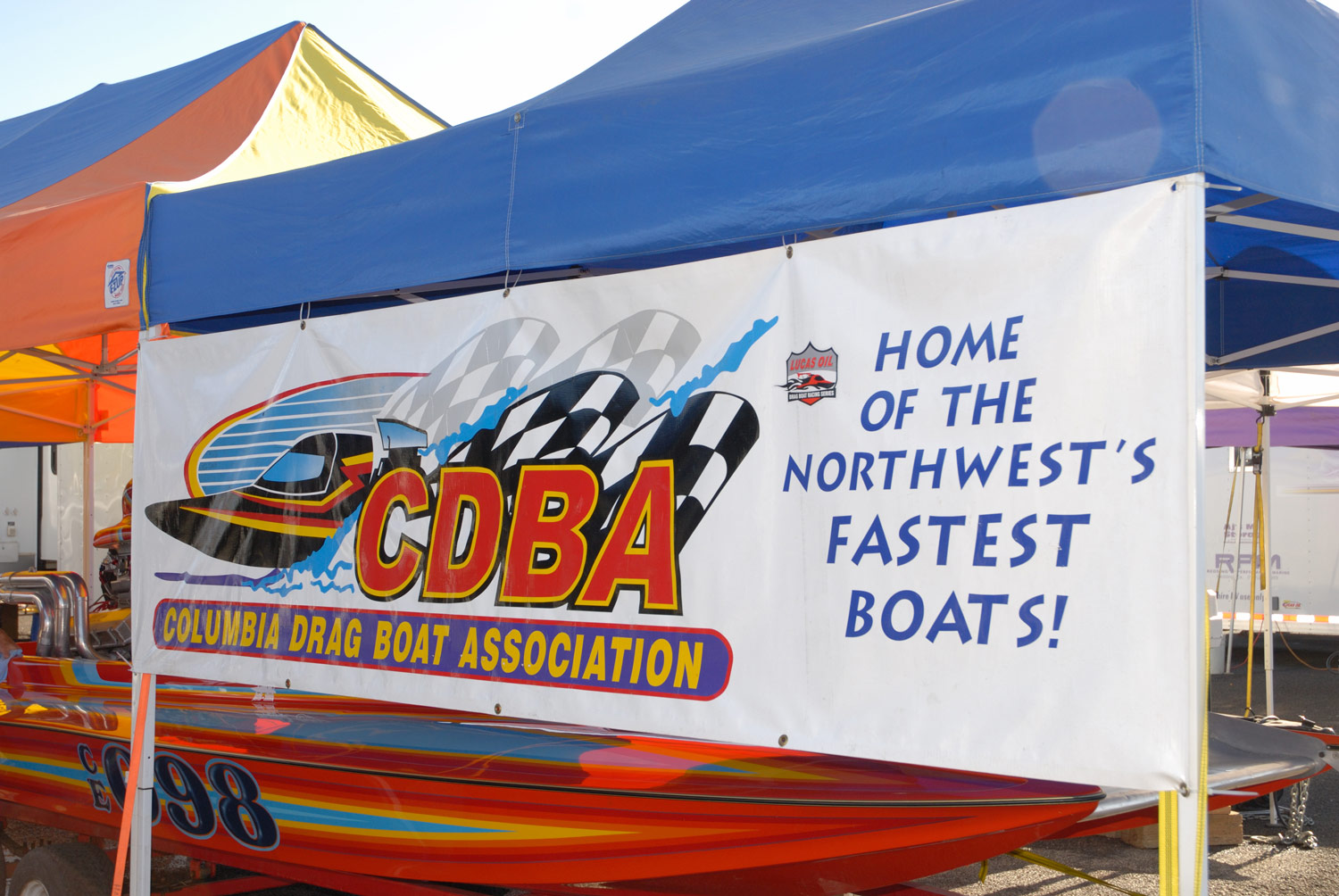 What Lucas Oil is envisioning is a ten-race national series for drag boats in 2010 supplemented by some 40 additional races which are conducted by regional associations under the Lucas umbrella. Also on the table is another crack at bringing drag boat racing to millions of TV viewers on Speed channel. According to Lucas, the plan is to self-produce thirteen 30-minute drag racing shows for Speed, plus another four one-hour racing programs to air on the Versus channel in the coming year.

Demonstrating their seriousness about the sport, Lucas Oil is presently constructing a multi-faceted motorsports racing facility in Wheatland, Missouri. In addition to conventional asphalt auto racing, Lucas has made plans to include a 4,000 foot long drag boat track at the venue. Tentatively, the first drag boat race at the Wheatland race course is scheduled for early September 2010.

According to insiders, Lucas Oil offered to purchase IHBA some months prior to the November announcement. Apparently, the two sides could not come to terms and Lucas opted to proceed on its own, purchasing new equipment, timing and starting systems and other infrastructure necessities. IHBA owner/president Charlie Fegan commented, “We invested nearly 25 years and many millions of dollars in building this sport to where it is today and we’re not going to stand in the way of progress. Everyone at IHBA loves the sport too much to do that. It doesn’t, however, leave me much choice but to close this operation down and not schedule any new races at this time. I’m here and willing to help if Lucas has the need for what I can contribute. They have a big task ahead of them and I wish them well. I especially hope that everything works out well for the racers and the fans who are really the backbone of drag boat racing." 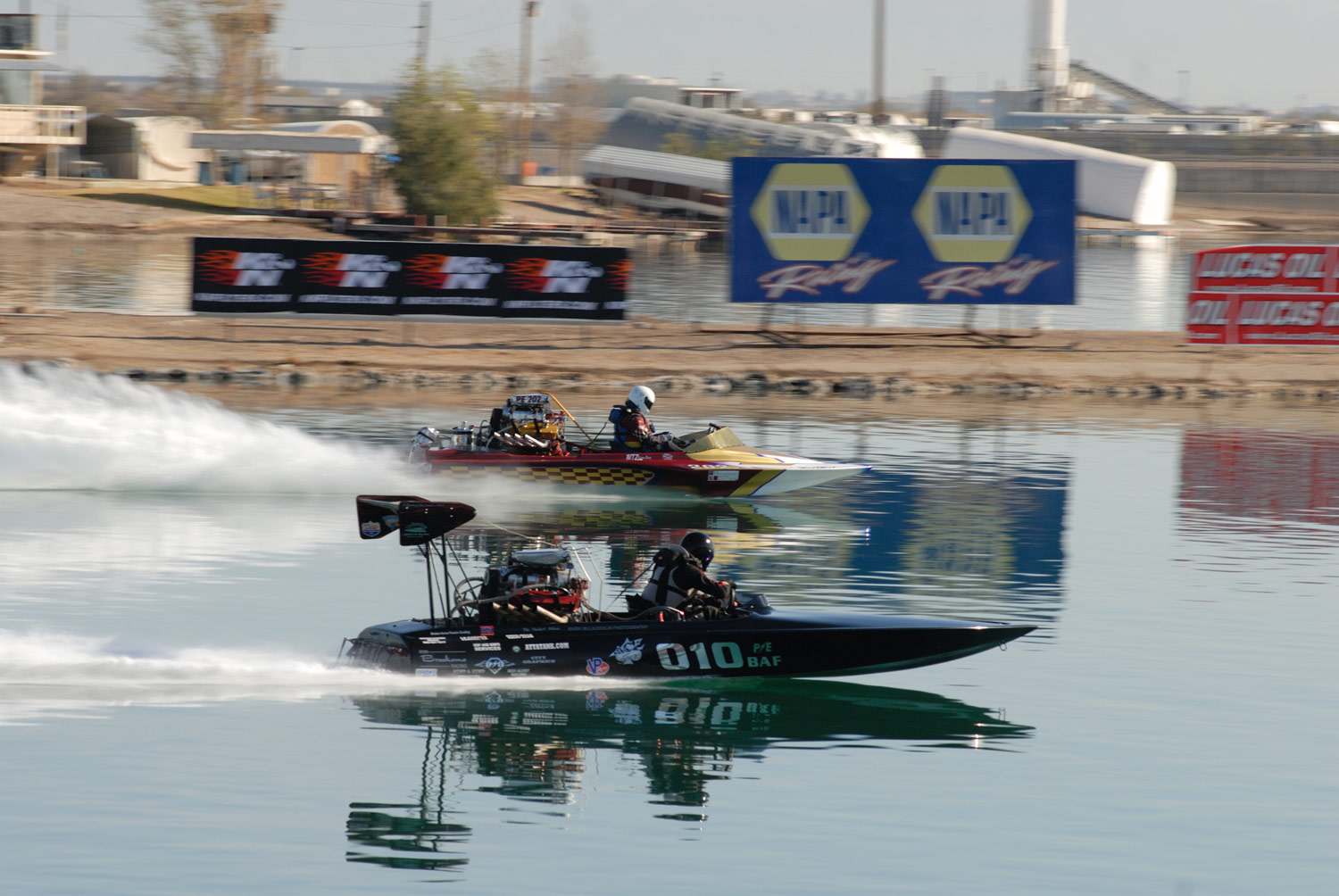 Because of the new under construction Lucas motorsports complex in Wheatland, speculation immediately began about the future of Firebird Raceway which has been the traditional home of the drag boat World Finals for 26 consecutive years. Would Firebird, which has been an IHBA race course, still be the site of drag boat racing under the new Lucas leadership? 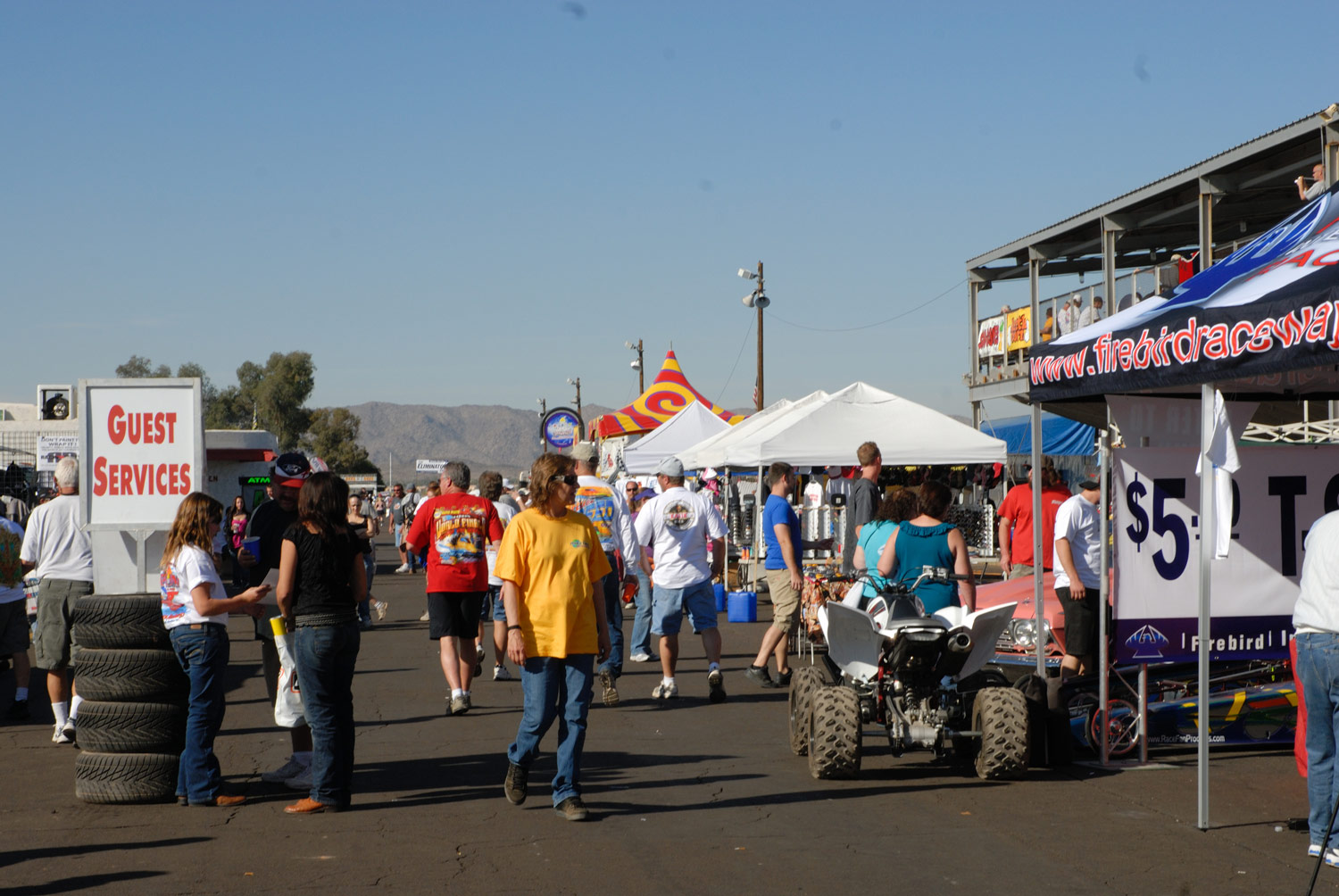 Firebird Raceway Vice President Franki Buckman said, “We’ve had a long and very amicable relationship with Lucas Oil for many years at our raceway. We are still very much a supporter of drag boat racing and have every intention of continuing that tradition with the Lucas Oil banner in 2010 and into the future.” Confirming that position was an announcement from Lucas Oil that Firebird Raceway would indeed be host to its traditional Spring Nationals, March 19-21 and World Finals, November 4-7 in 2010. What’s not certain at this time is the fate of two favorite northern California race venues, Chowchilla and Red Bluff. Neither is currently listed on the 2010 Lucas schedule.