All Hail the King!

Article Gallery
For those that are familiar with the high end V-drive game on the West Coast there is a name that has been around for a long time and is one of the most respected in this "niche" industry. Mike King has been doing custom rigging on not only race boats, but show winners for as long as I can remember. He has recently purchased a house near the center of town in Lake Havasu and built a massive shop on the lot next door to it that will be his new home base!

(Pictured here in front of Pat Minnegar's Rayson Craft originally rigged by Southern Thunder Marine! Boat is just here to get "finished up"). 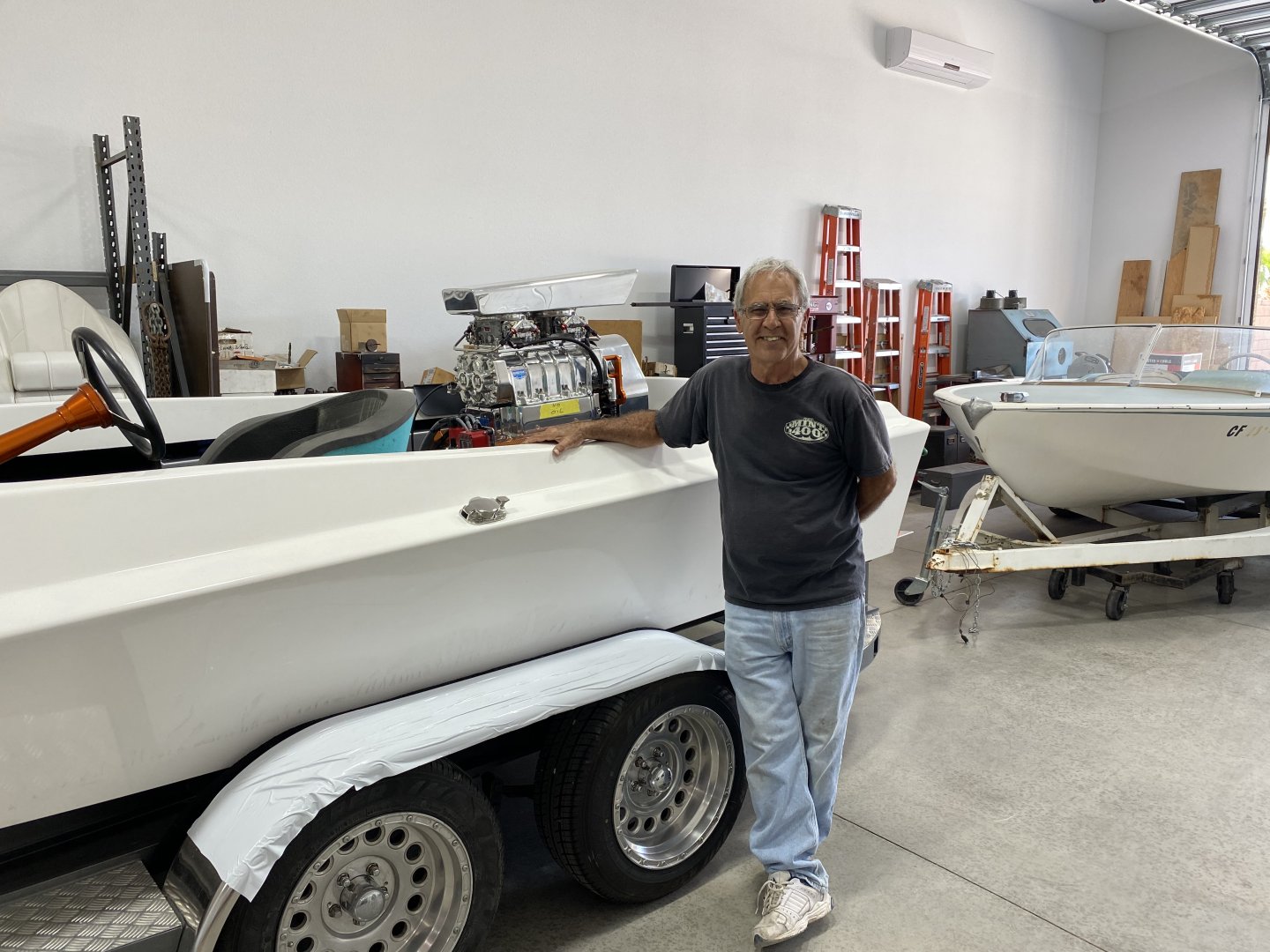 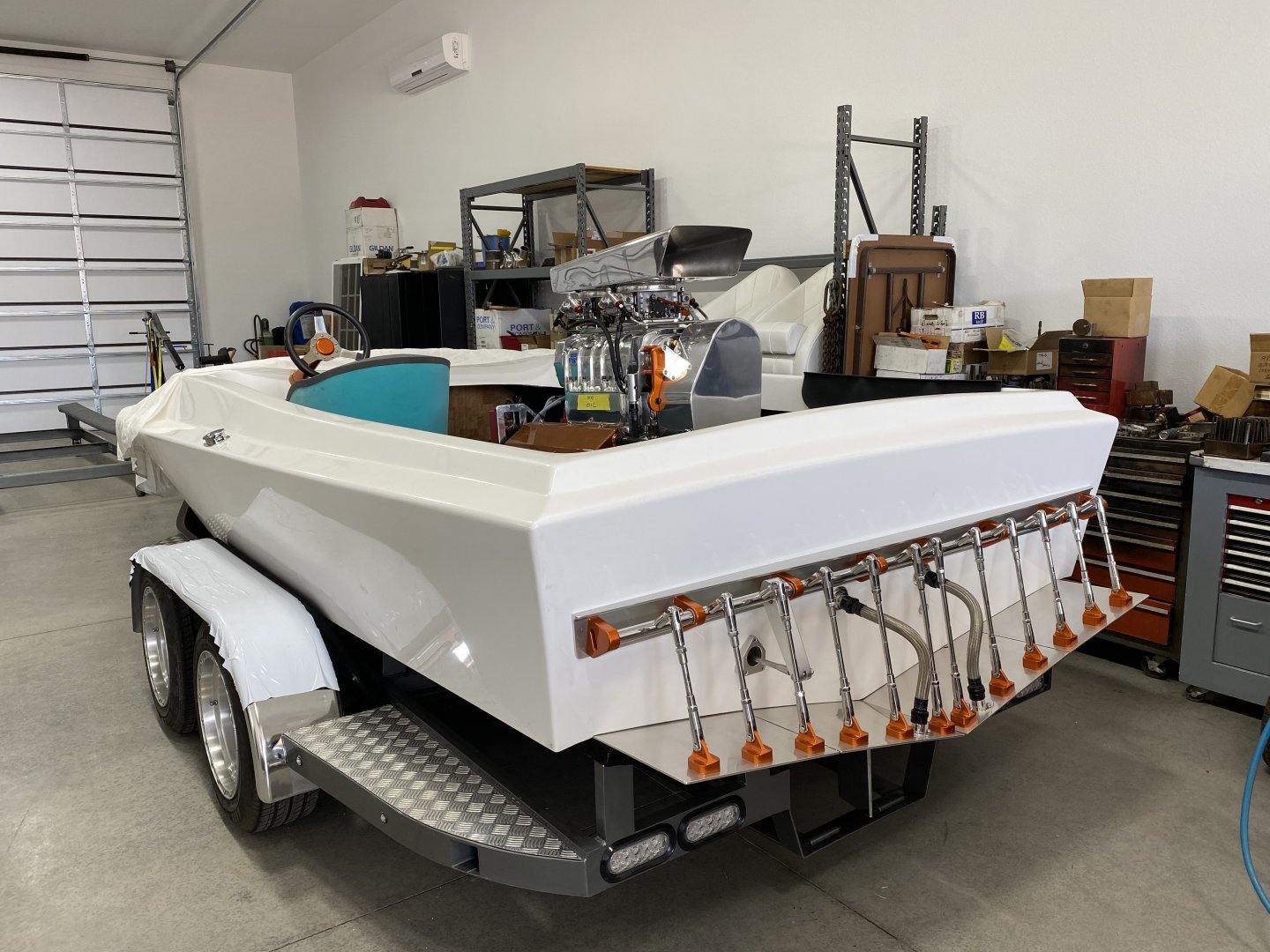 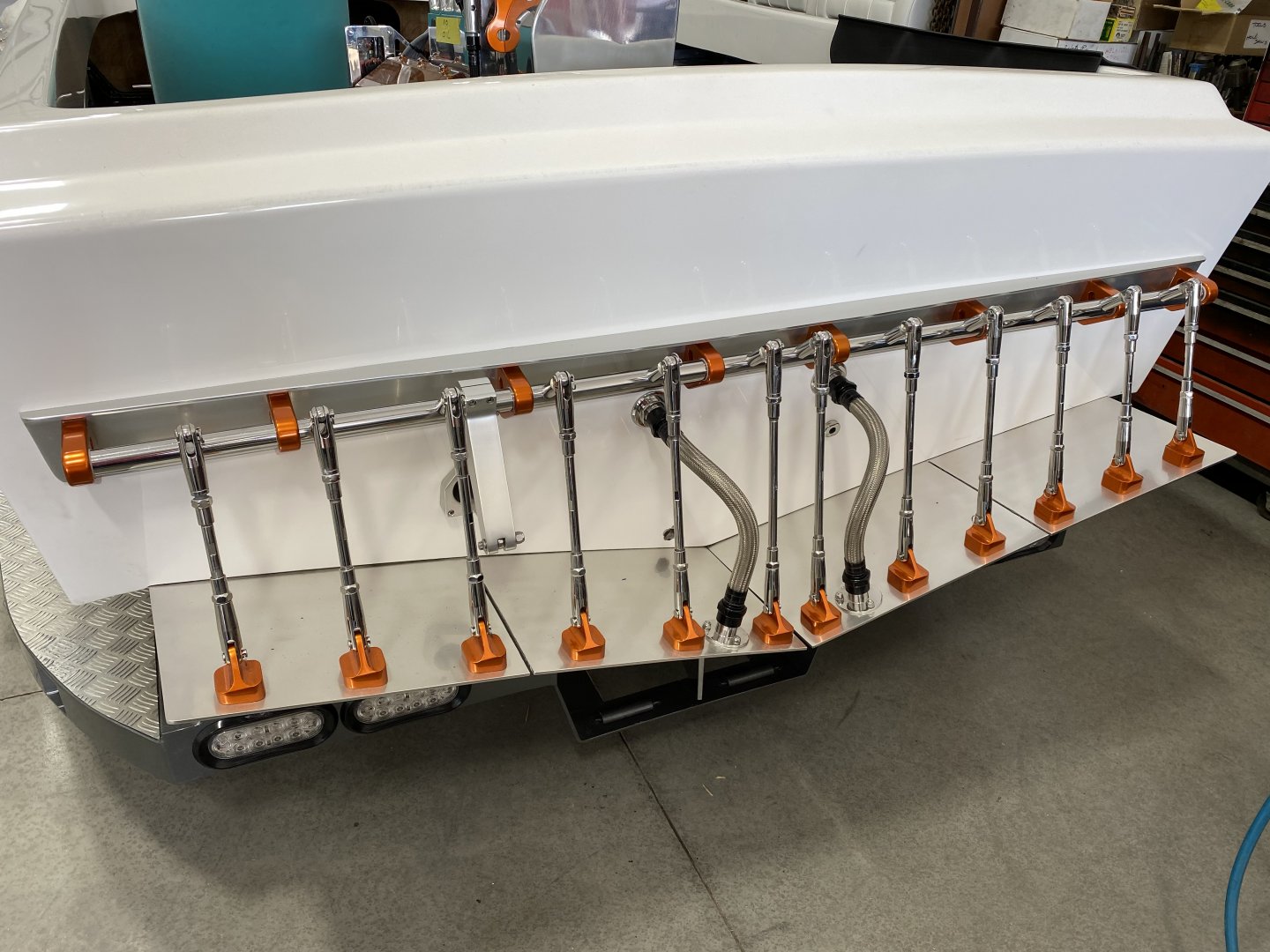 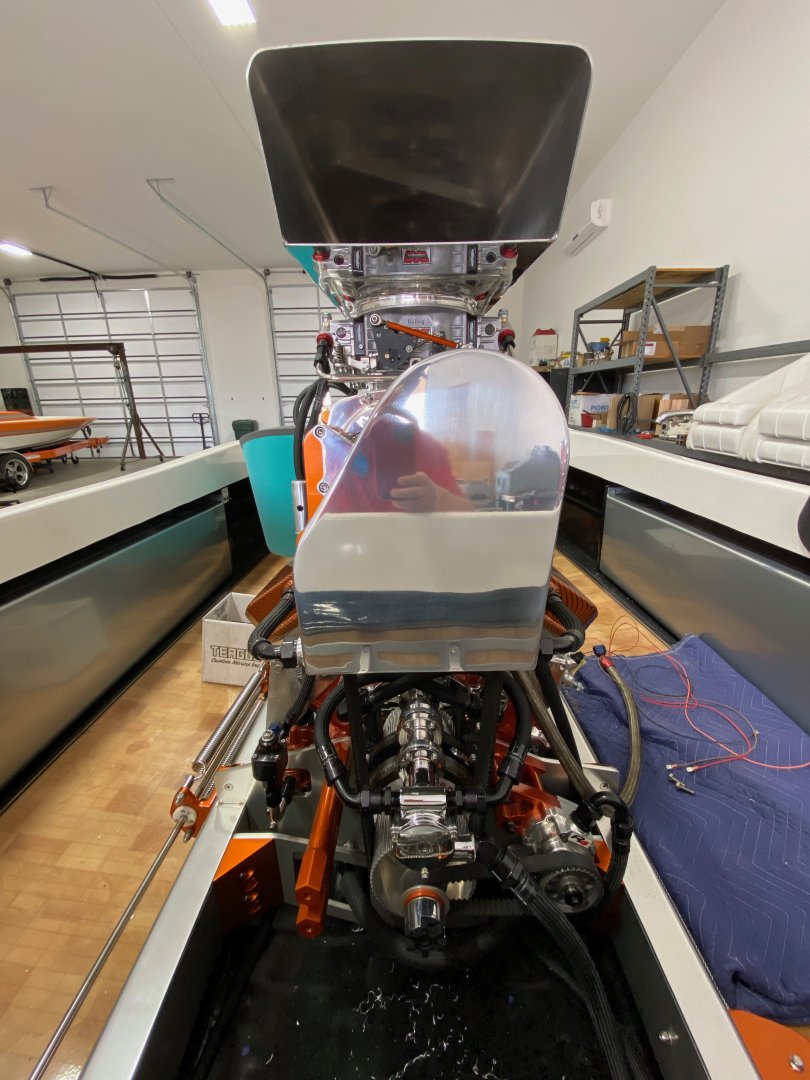 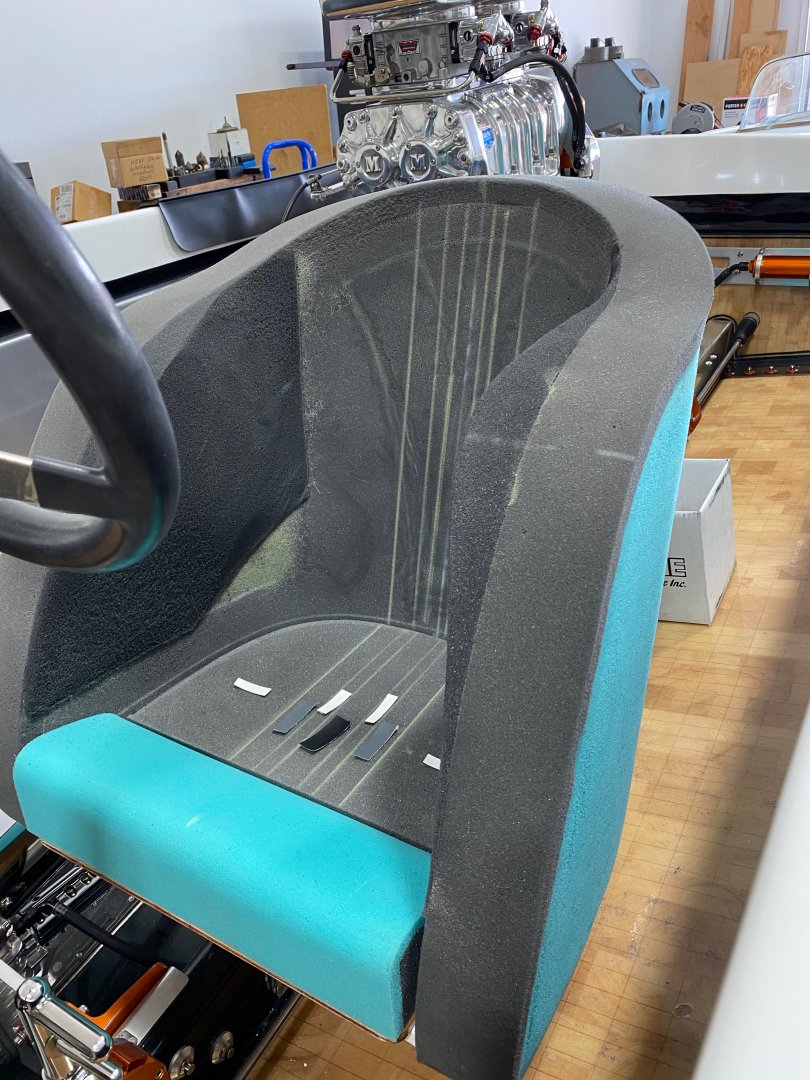 Taking a quick tour around the shop, it's obvious that things are coming together quickly! In the drafting room there is already prints being drawn for parts required for the projects. 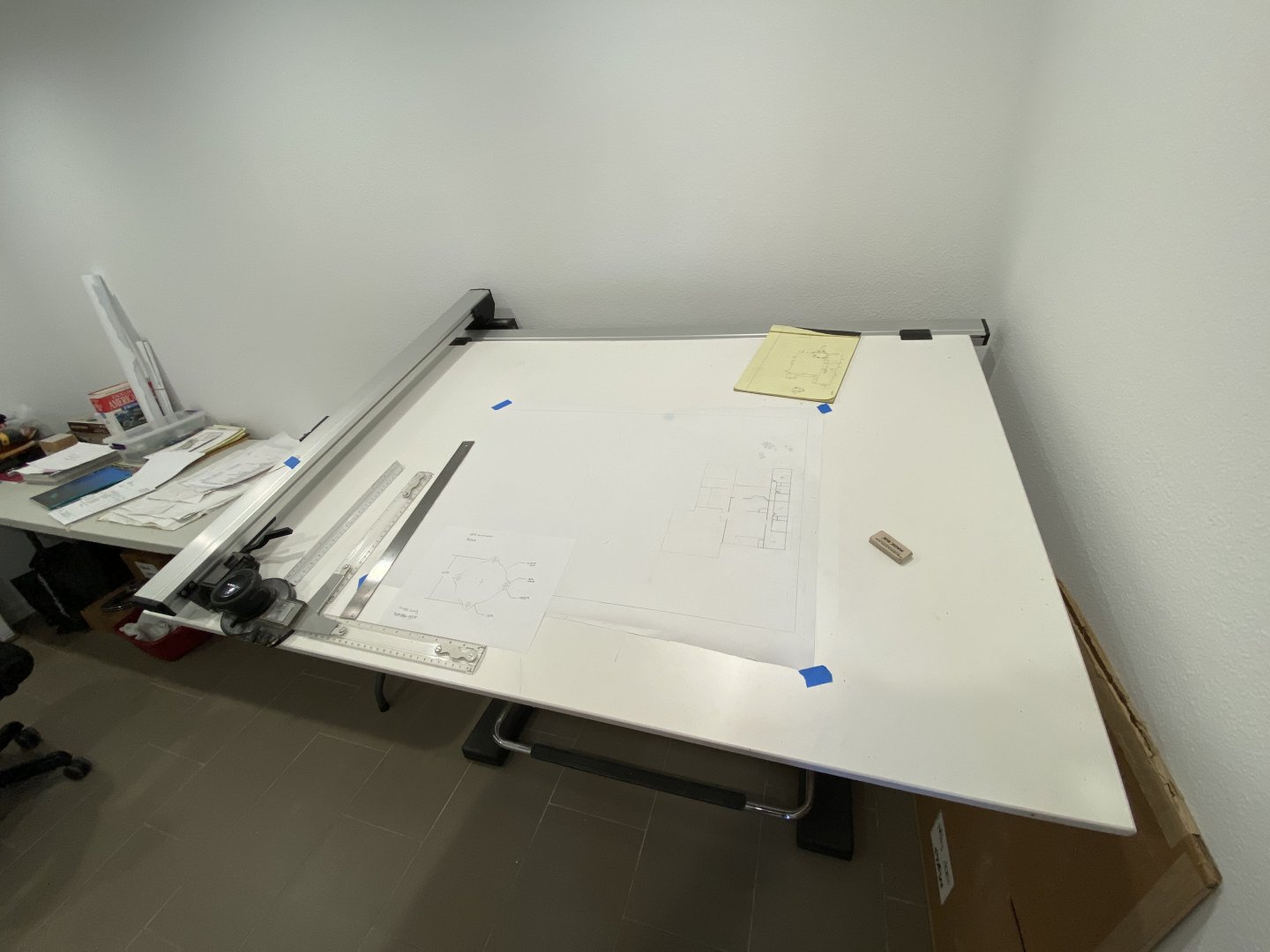 The machine shop is setup and functional, and while Mike keeps a clean shop you can see some evidence of chips in the bed of the lathe and on the mill. 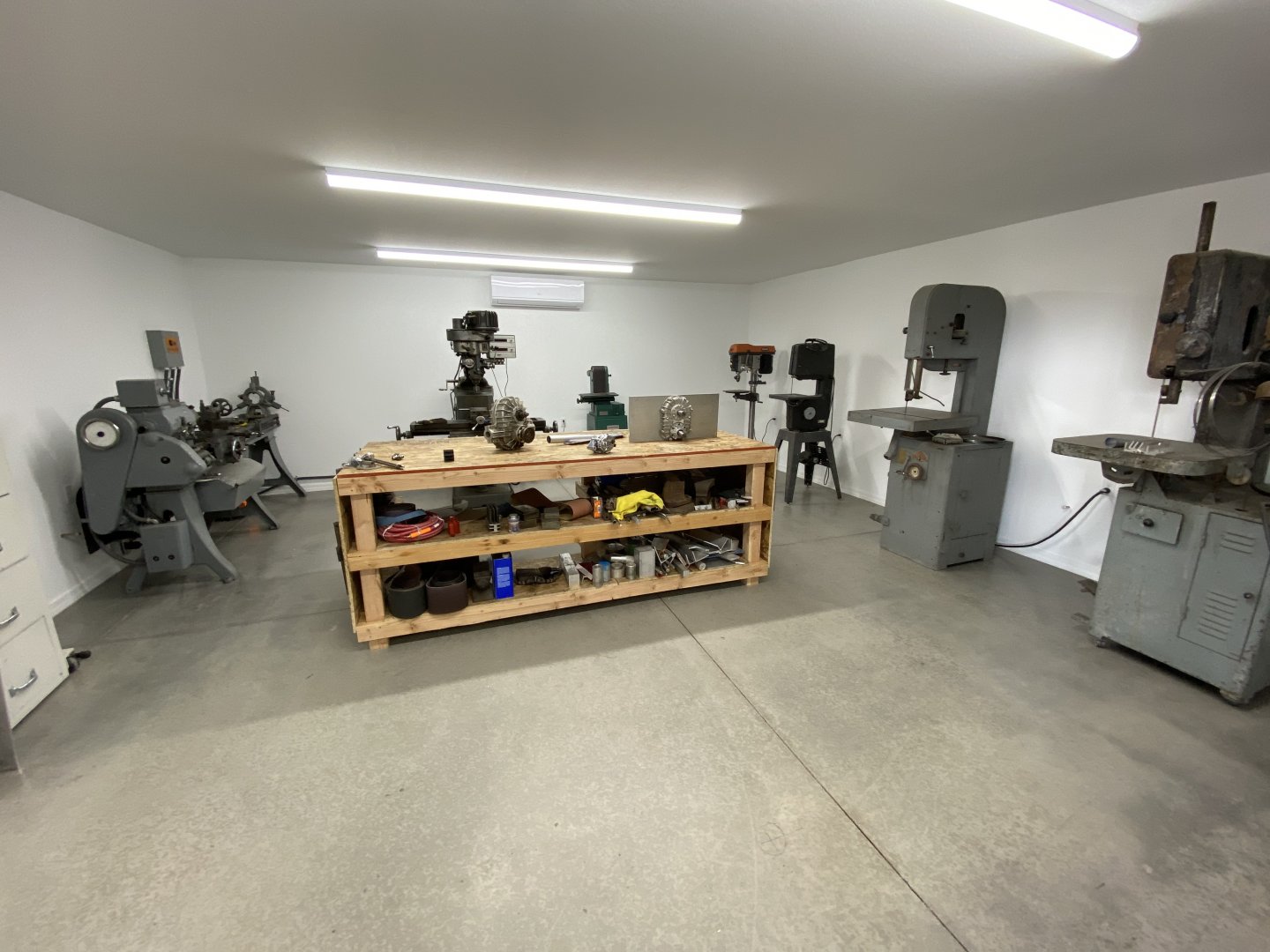 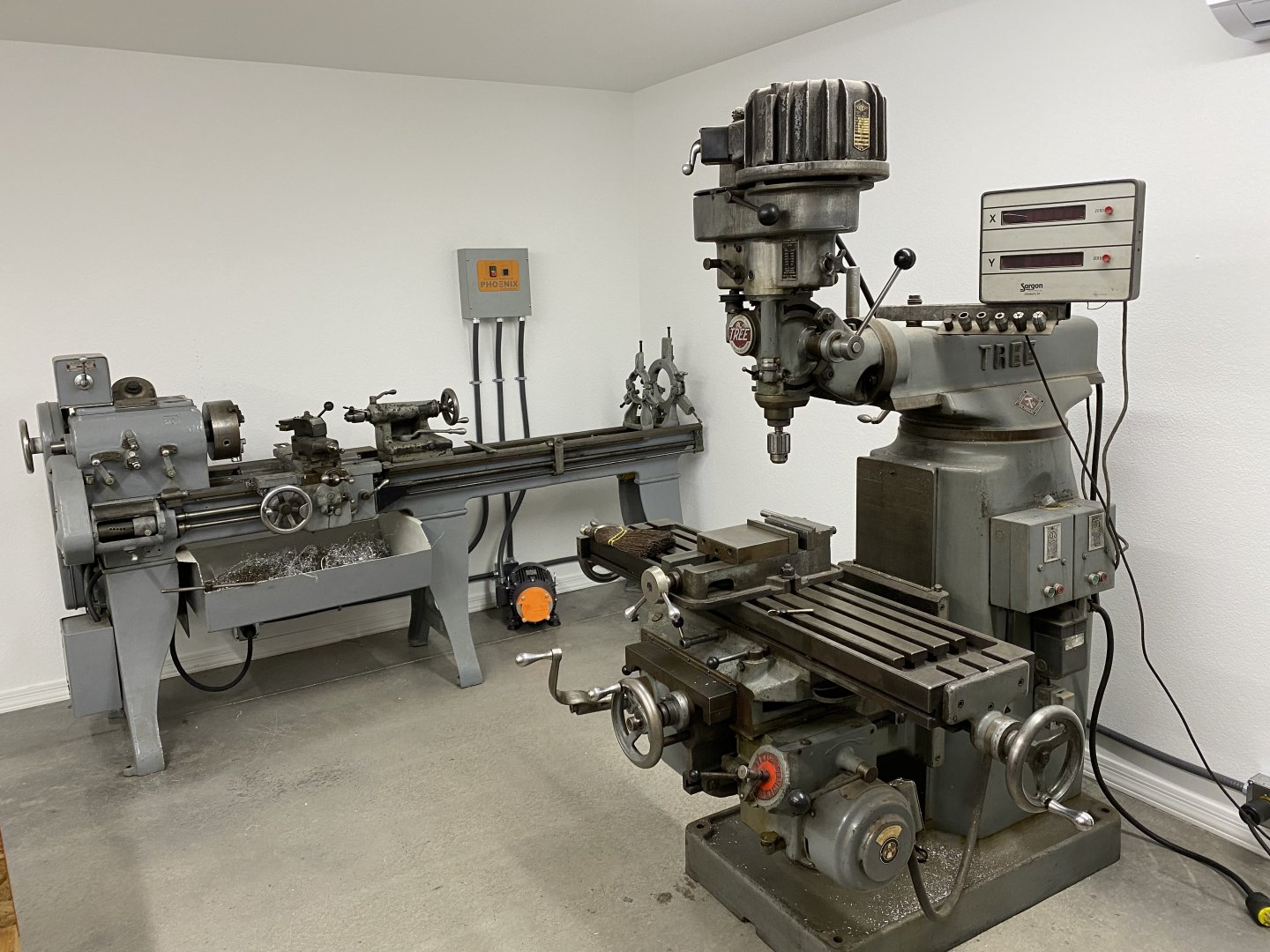 I have to tell you as a machinist this really amused me. I would never spend the time to make something like this for all of my tooling, and it really shows the level of thoughtfulness that Mike puts into everything in life, not just his projects. 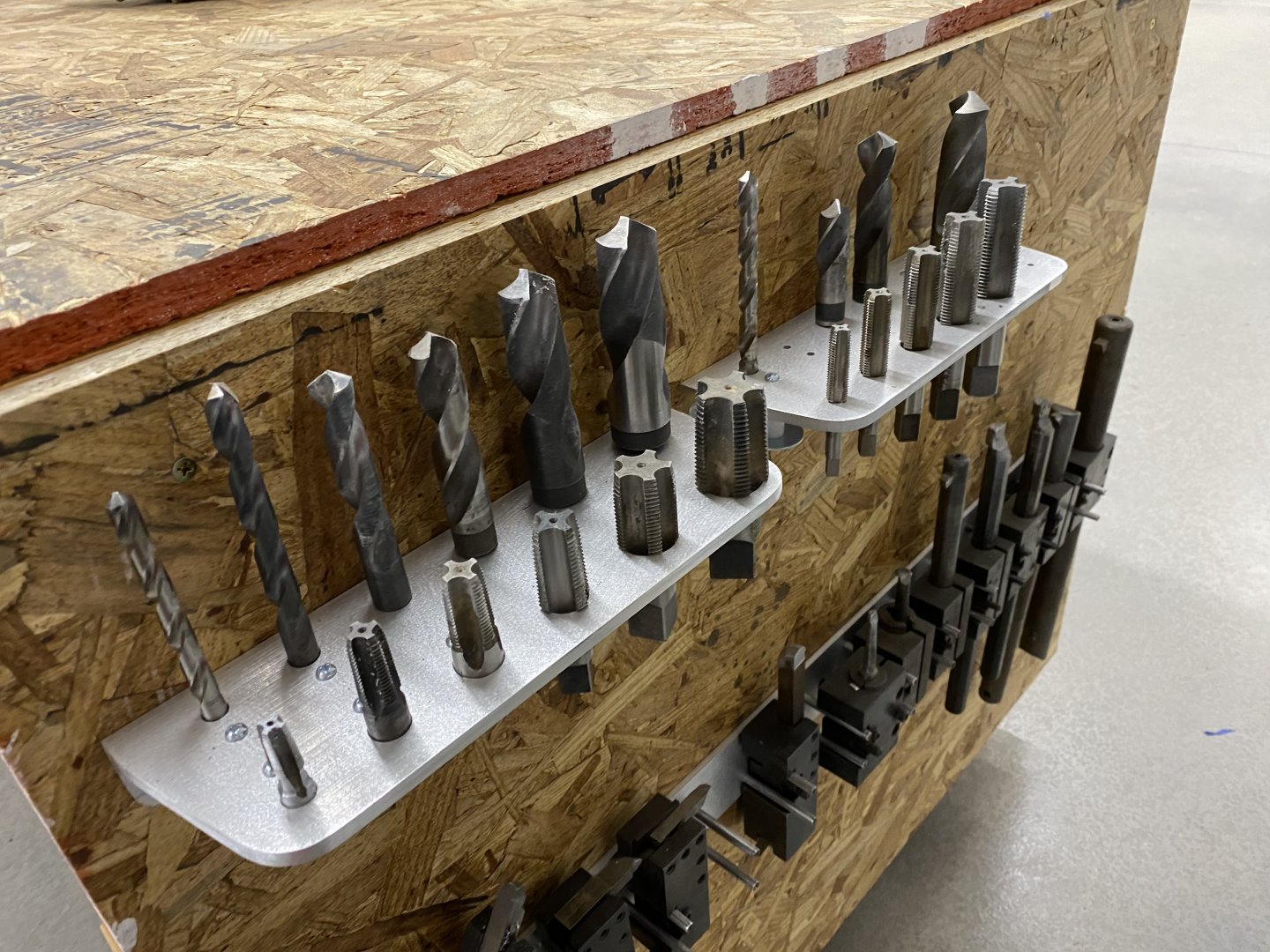 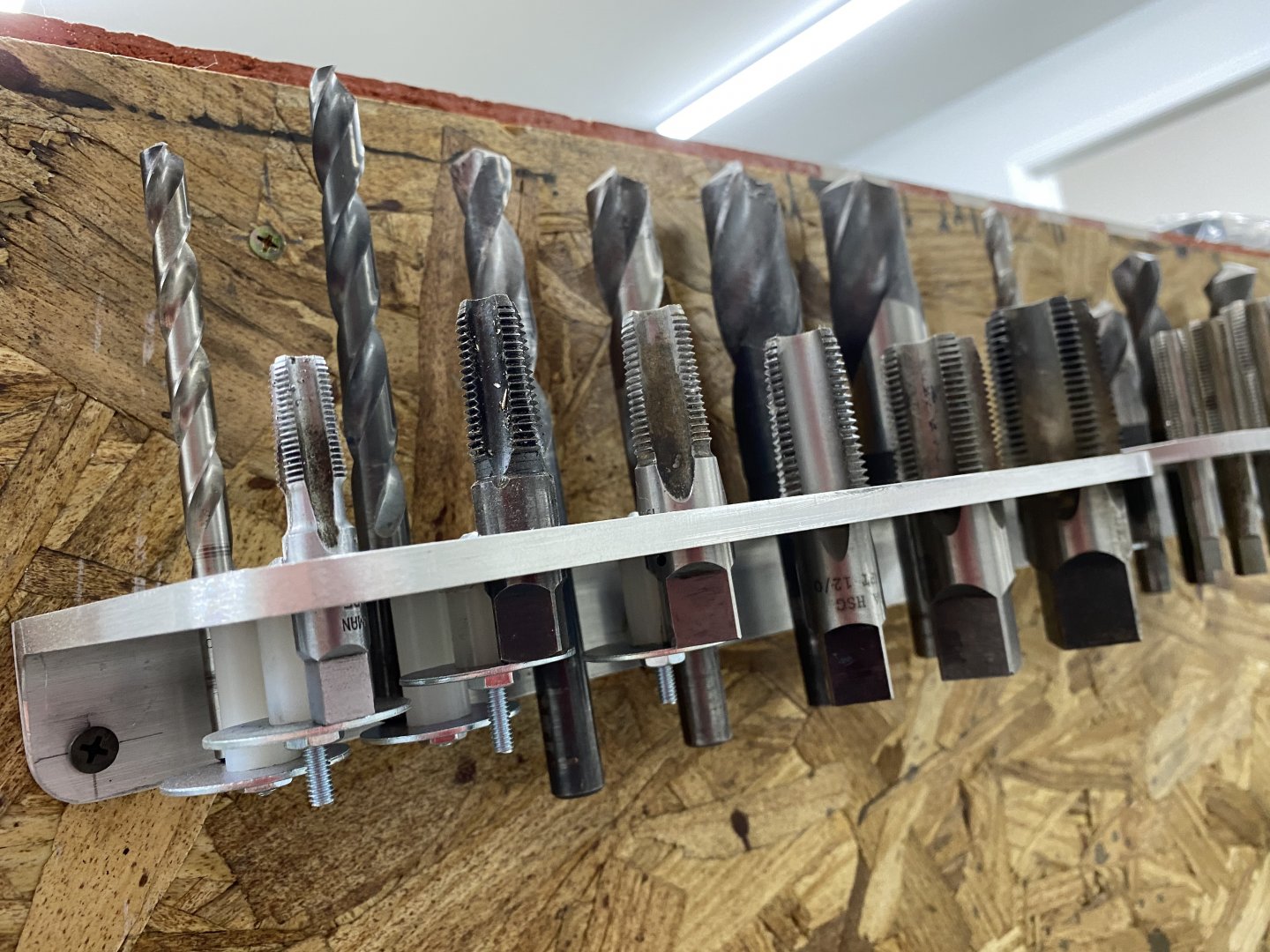 If we go upstairs there is a Mezanine that has a considerable amount of random marine parts collected over the years. 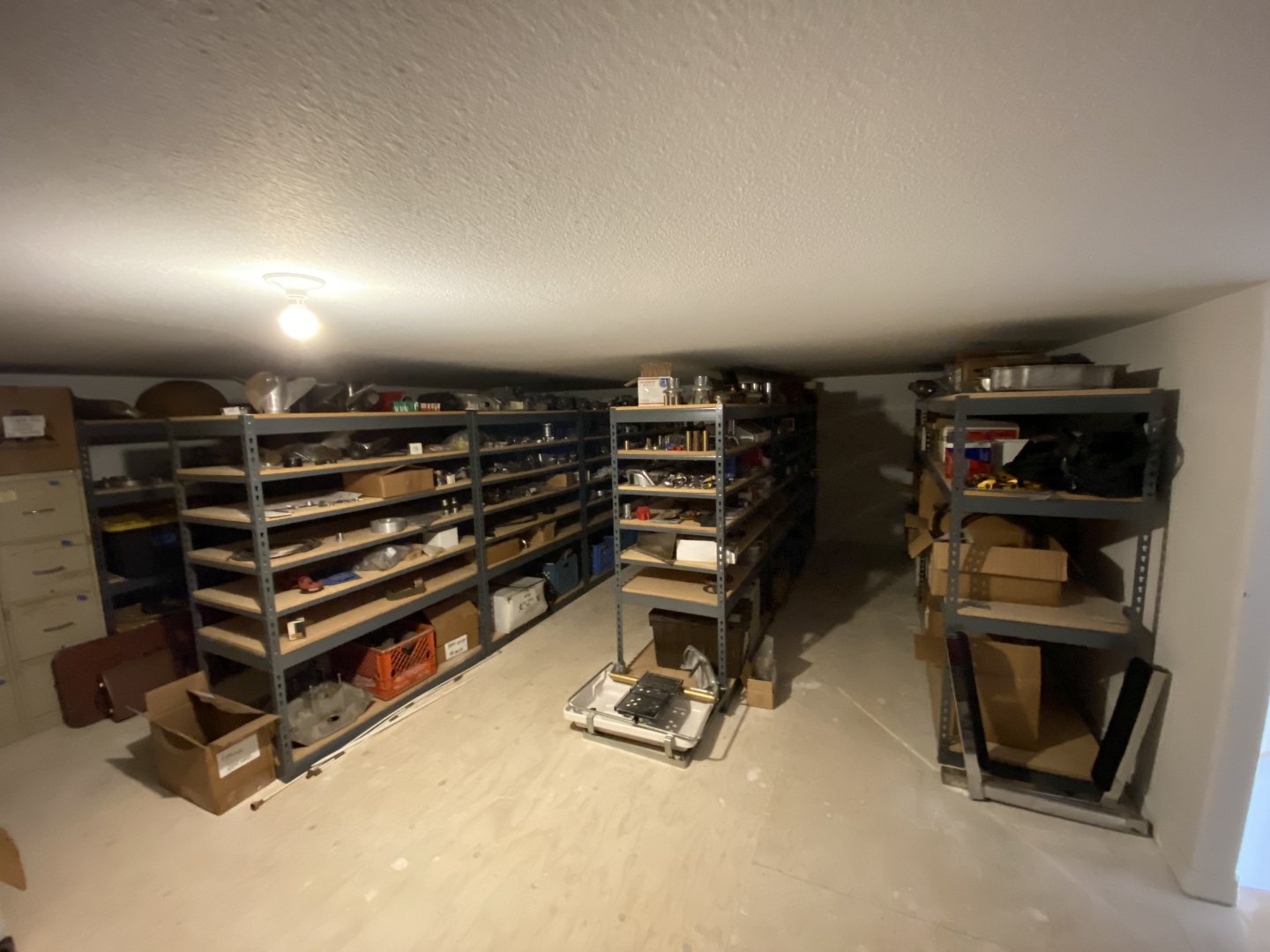 As you dig through it, there is a treasure trove of old V-drive parts and old motor parts that are hard to come by in modern times. 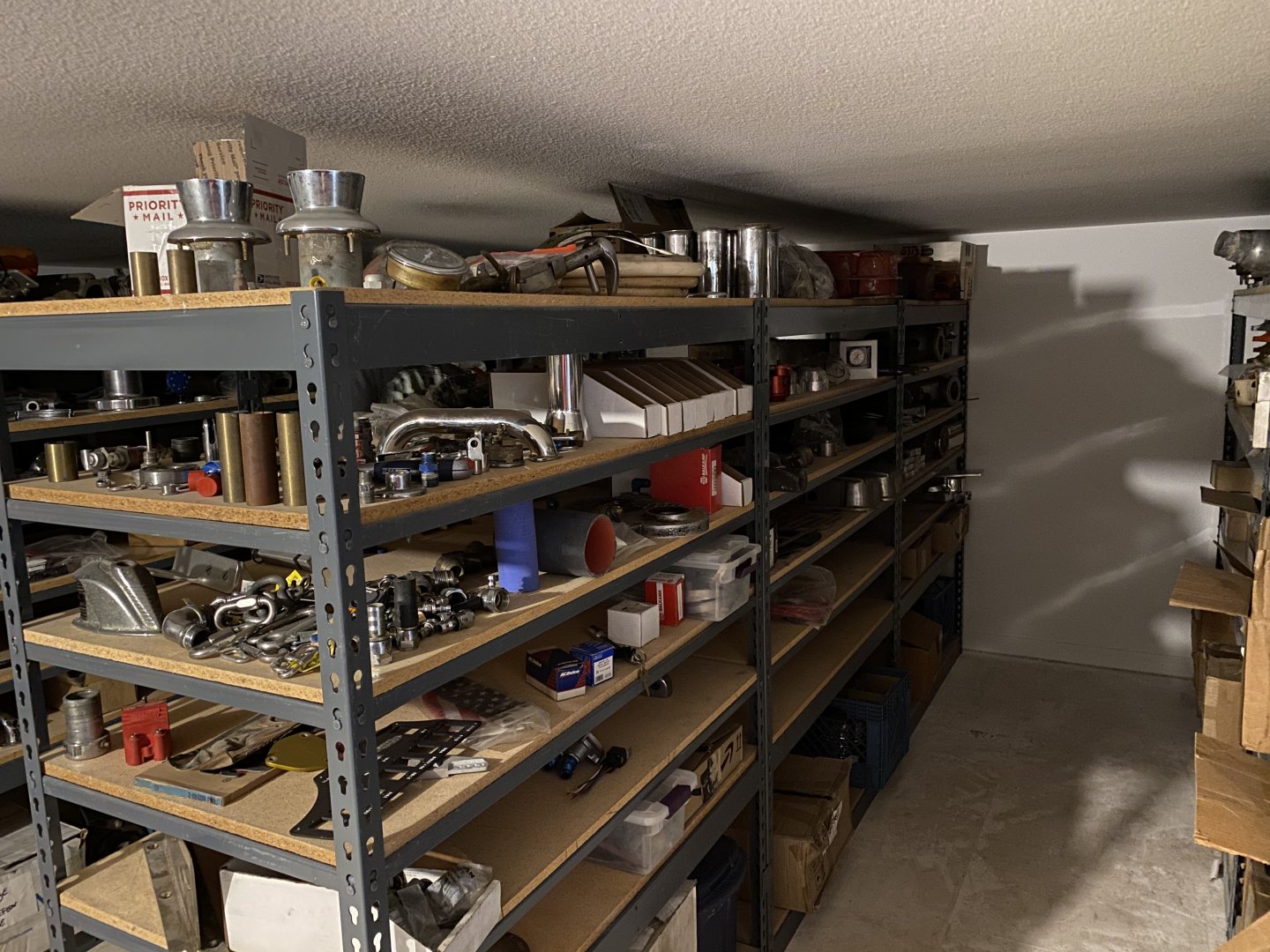 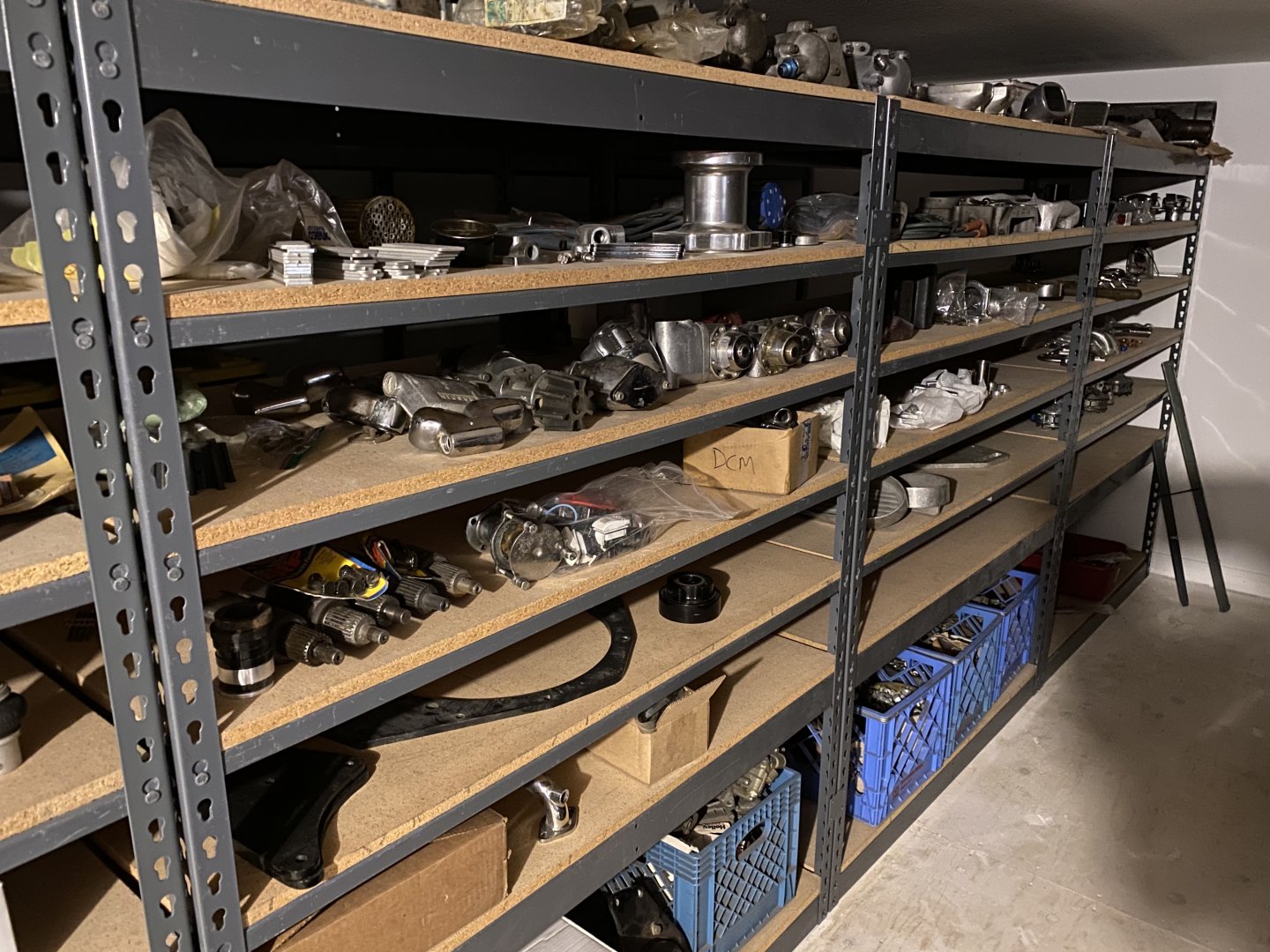 Back Down Stairs we see a fresh project that will be rigged from start to finish at the new shop. 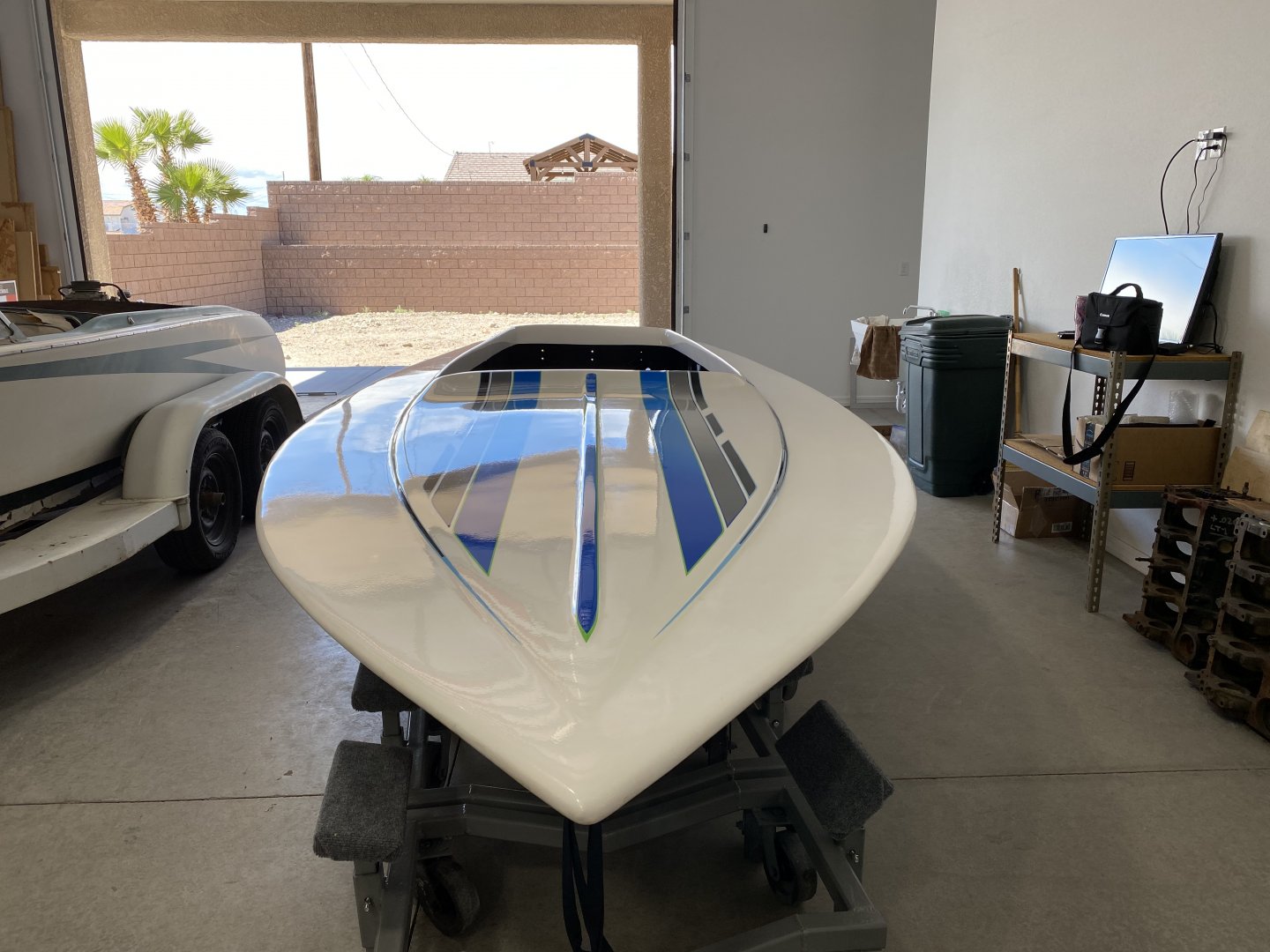 This particular Flat bottom is owned Troy Hooker and will be built to race the 100mph class (Circle Racing). 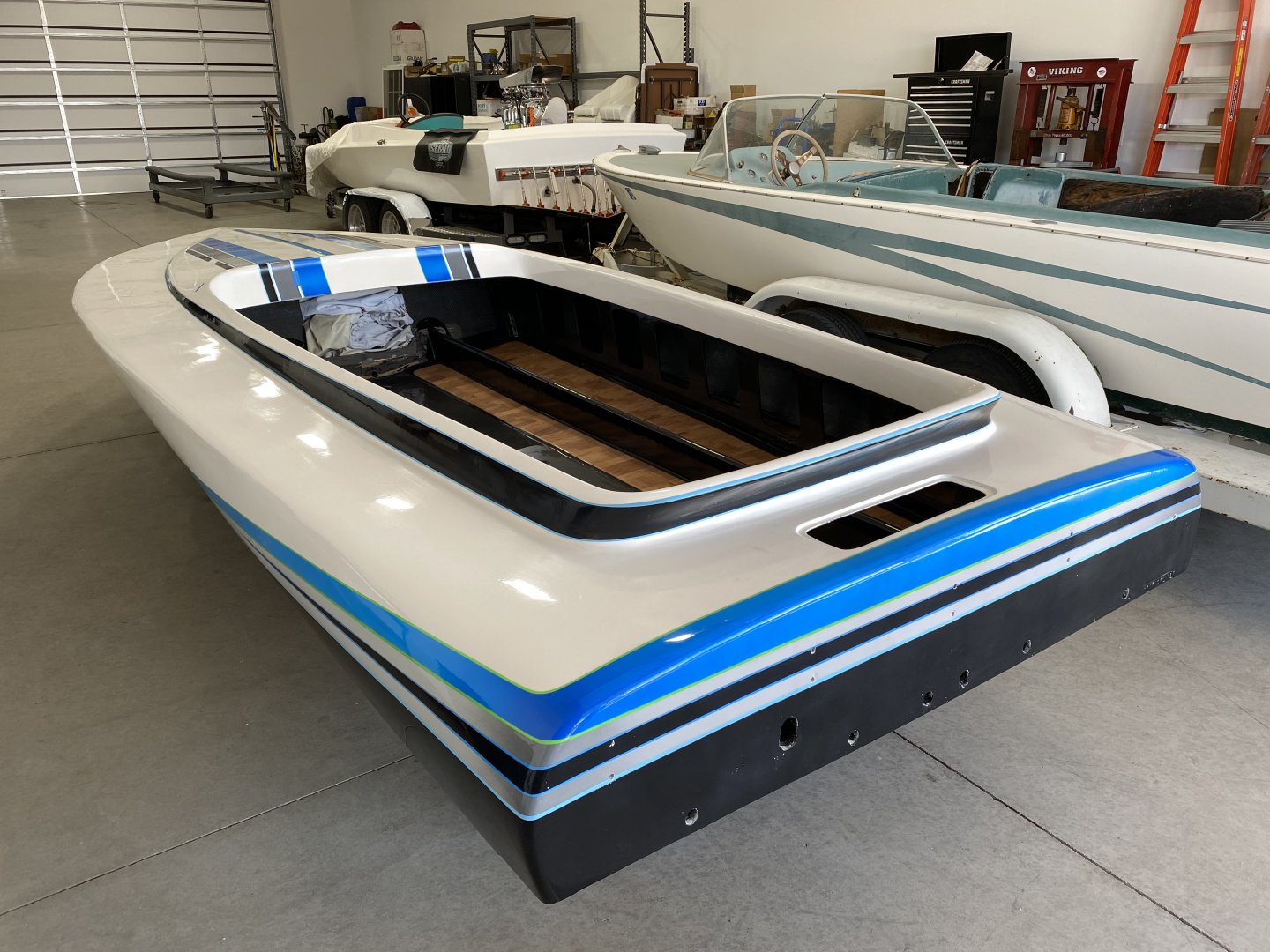 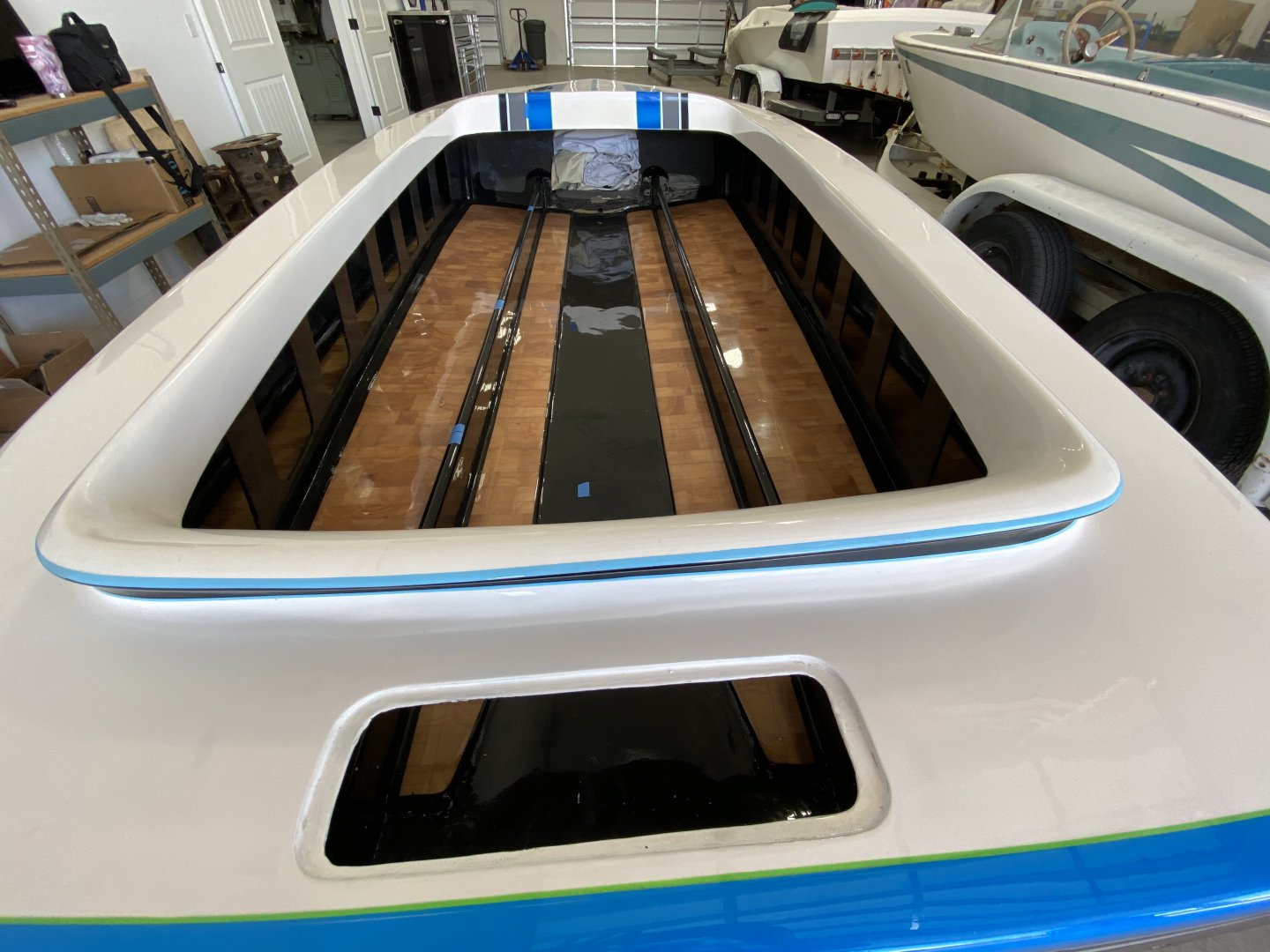 Off to the left we will see Andy Wheeler absolute Beast of a project! To give credit where credit is due, most of what you see done to this boat was done by Concept Marine. Andy decided to change directions and have Mike finish the boat, which isn't that uncommon on long v-drive builds. (Nothing bad etc.. Just changing directions). 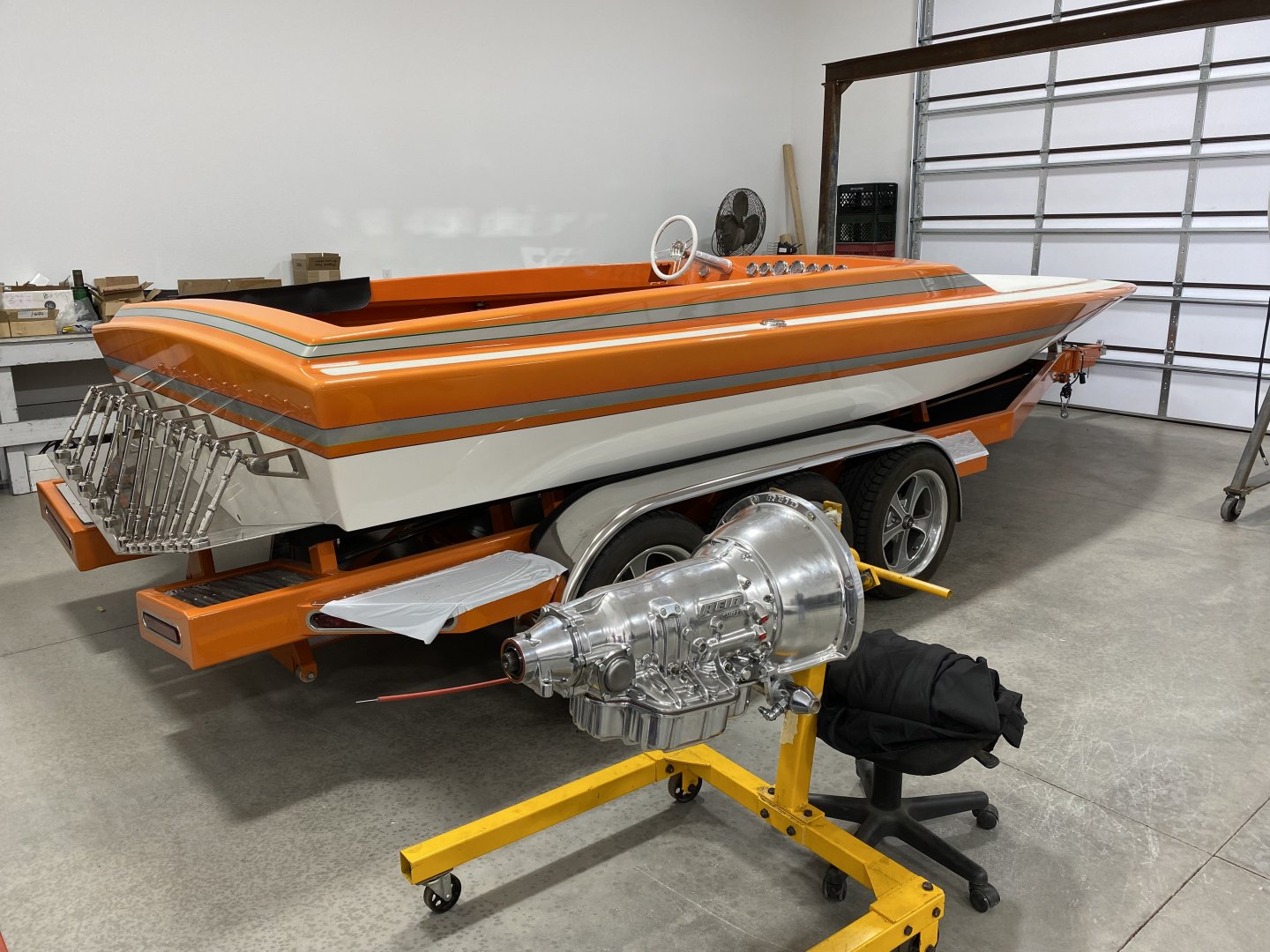 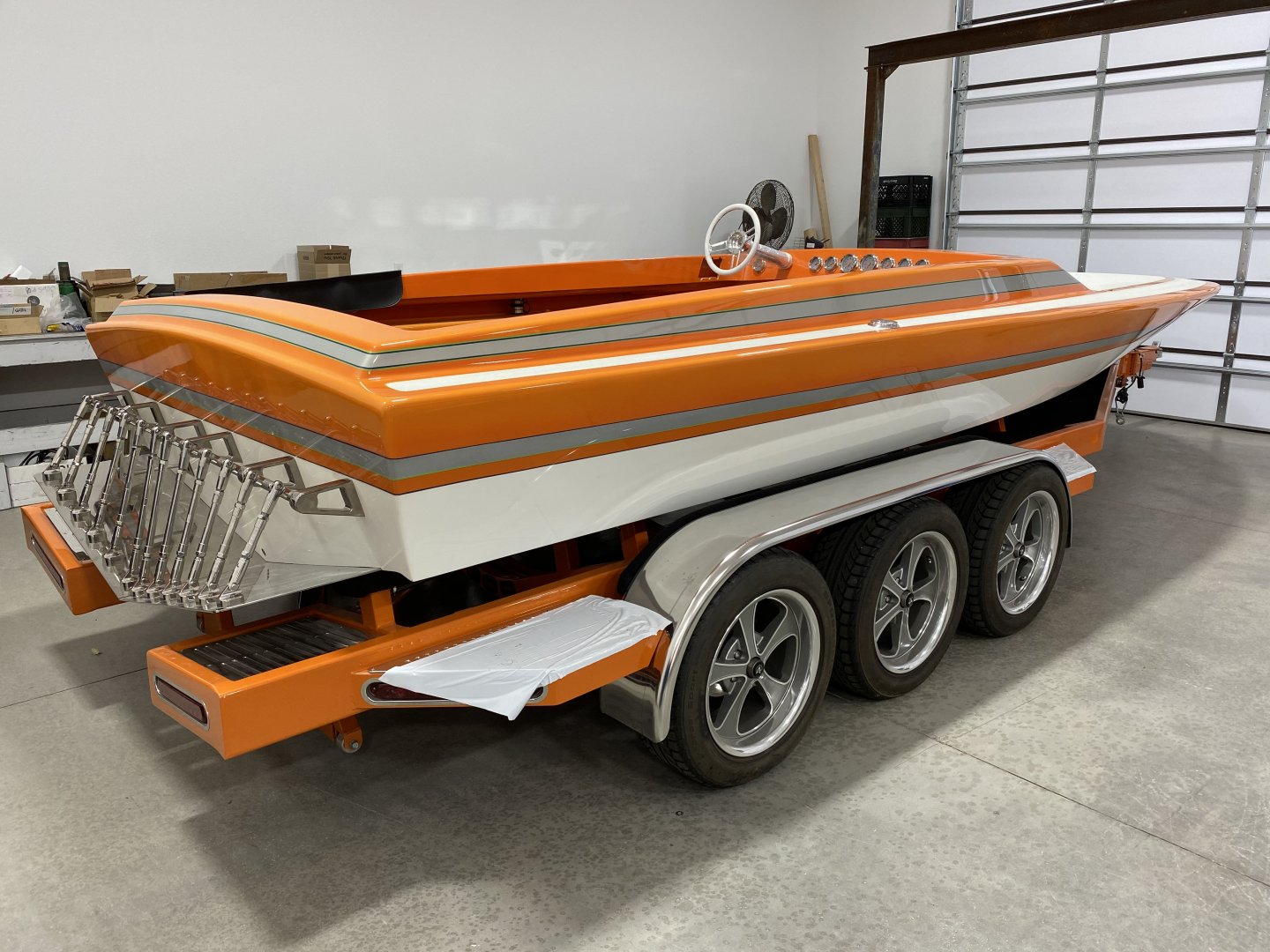 This particular boat has Titanium Plates on it, and I believe the cav plate pads as well as the pillow blocks are titanium as well. 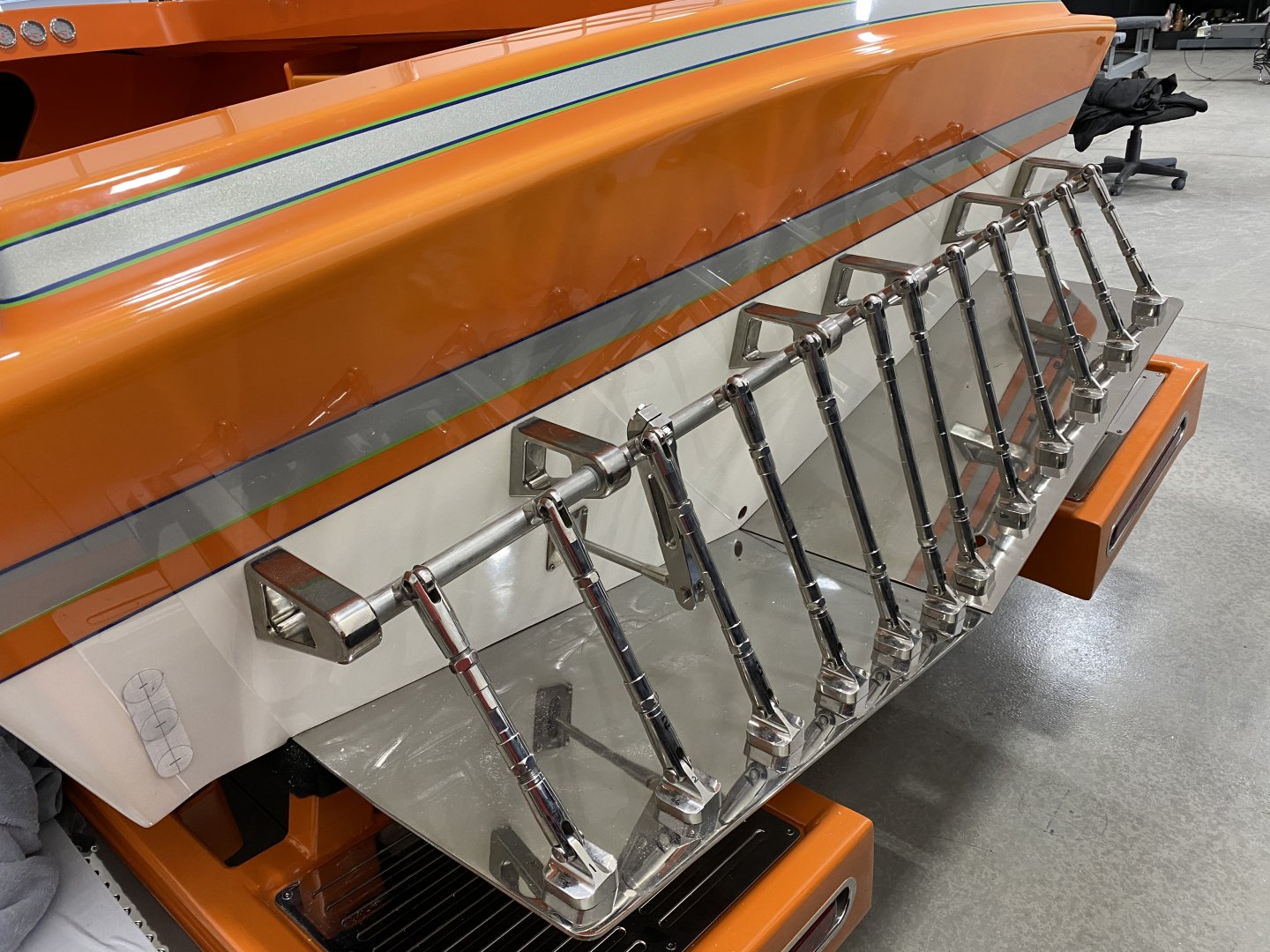 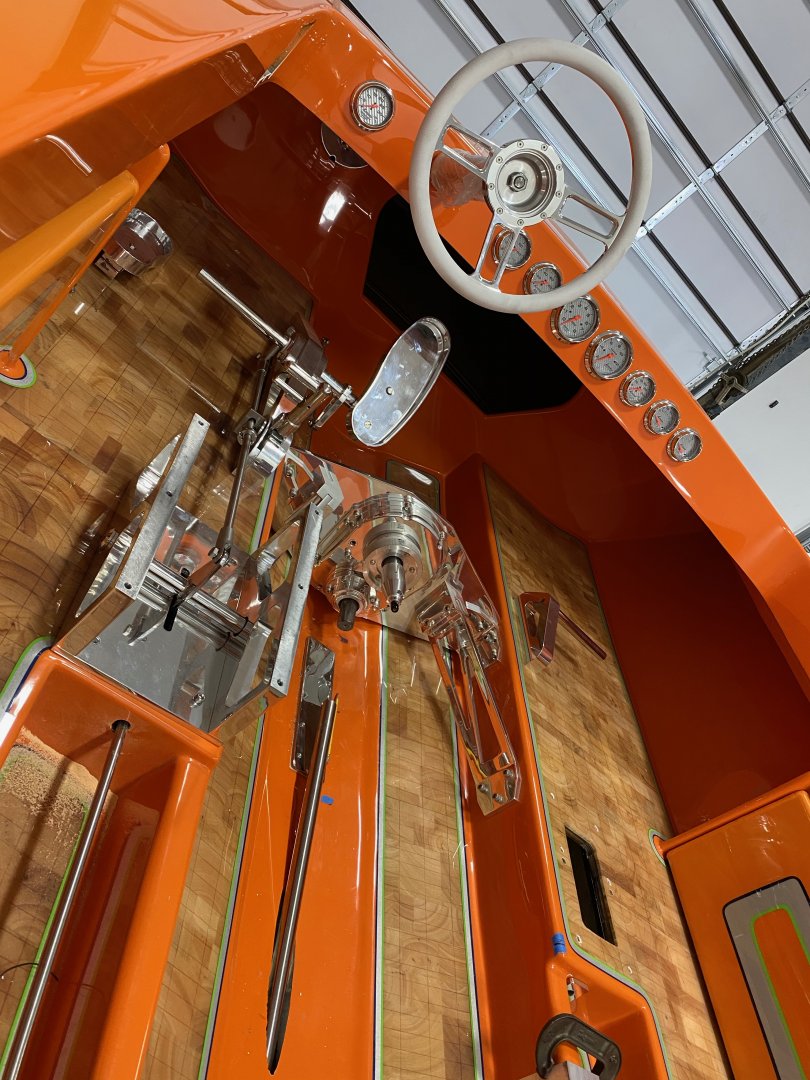 This boat is going to have a Monster All aluminum Keith Black Hemi, that Carson Brummett is making into a Twin Turbo with Heads done by Stage 5! 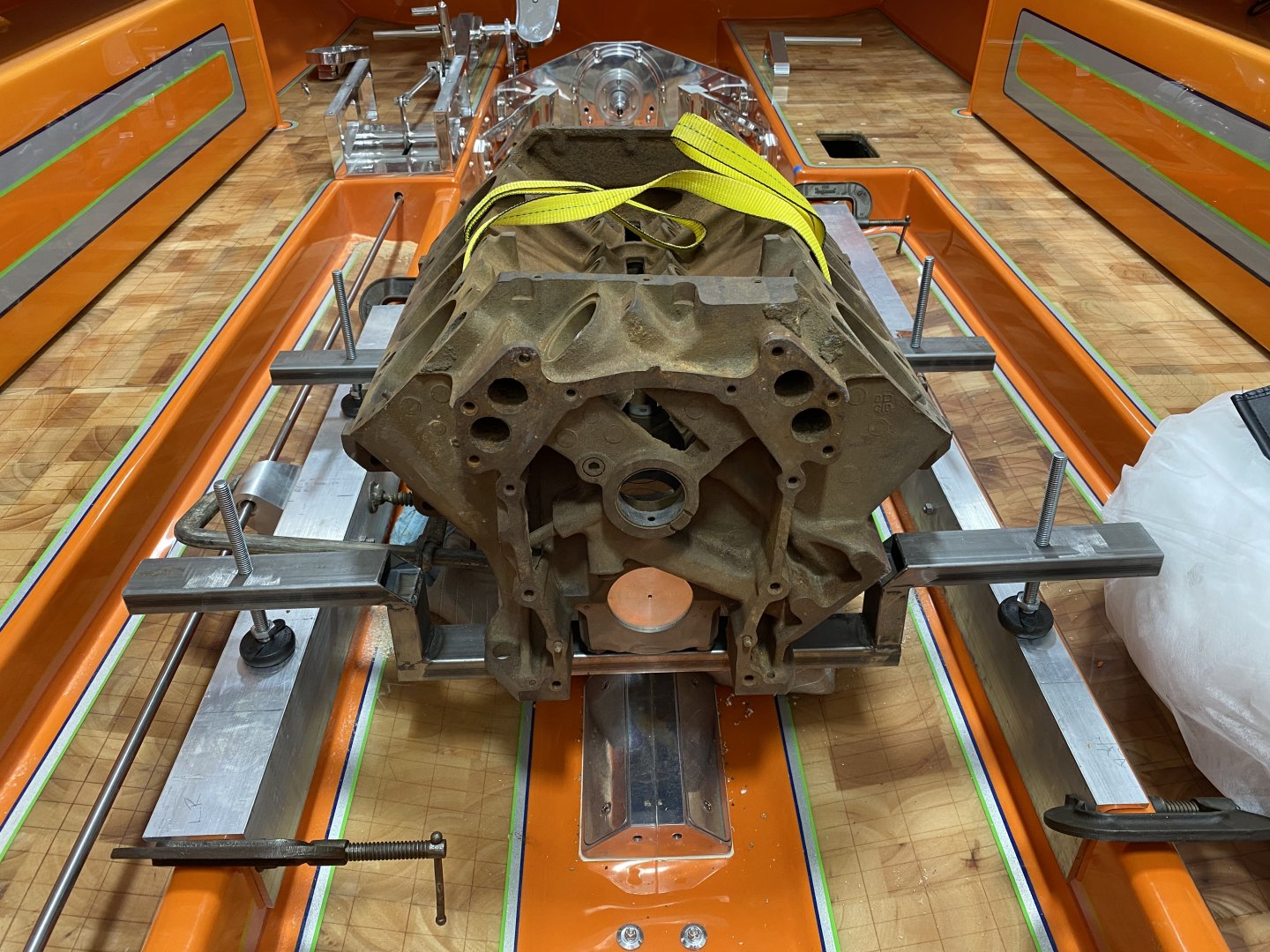 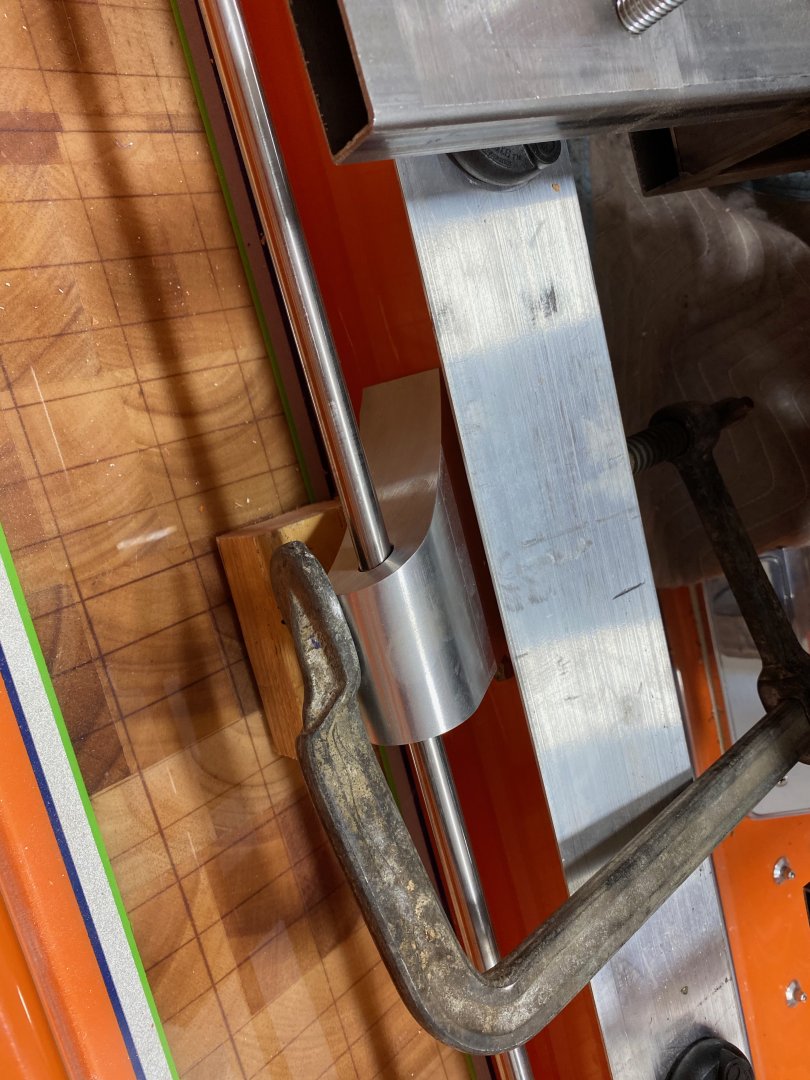 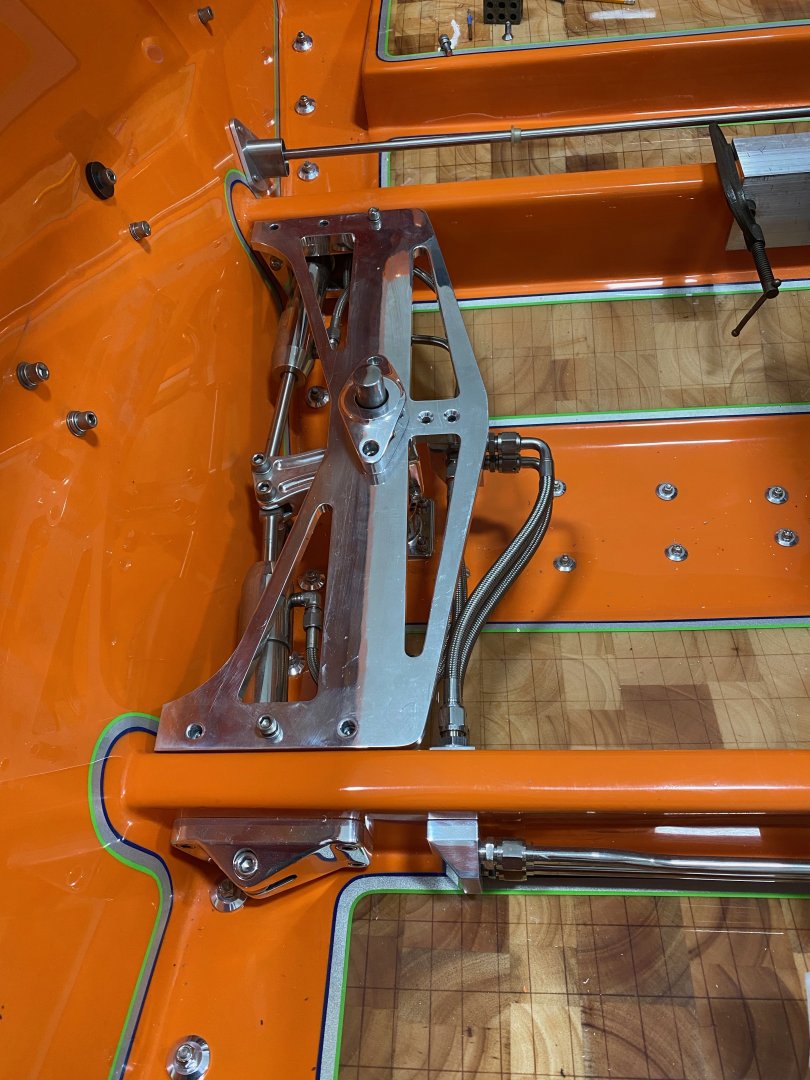 Moving over to something a little different is Mike's personal restoration project a 1961 Rayson Craft with a 429 Cadillac motor in it! 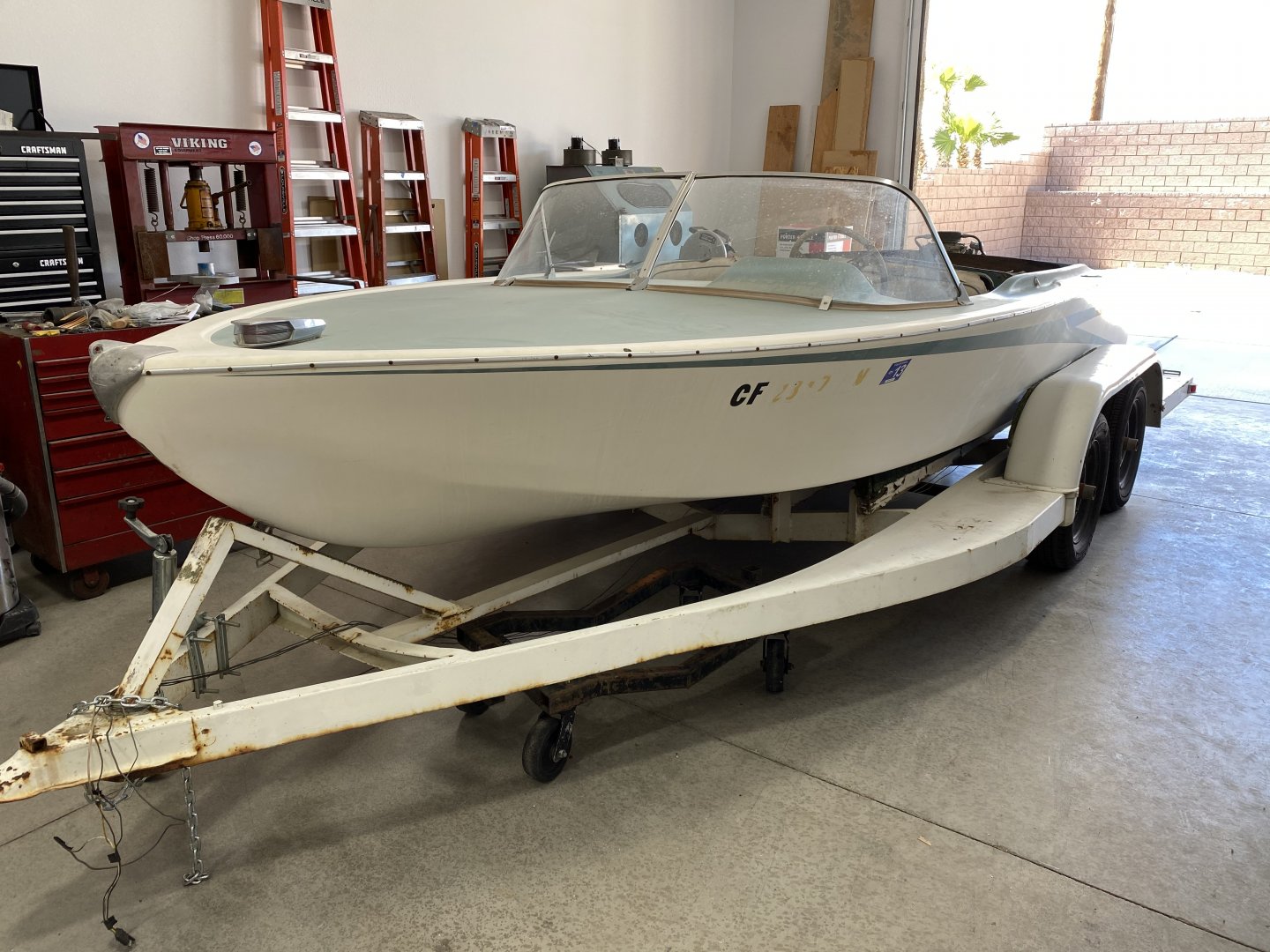 It might not look like much right now, but all the parts are there, and this will be a show stopper when it's all done! 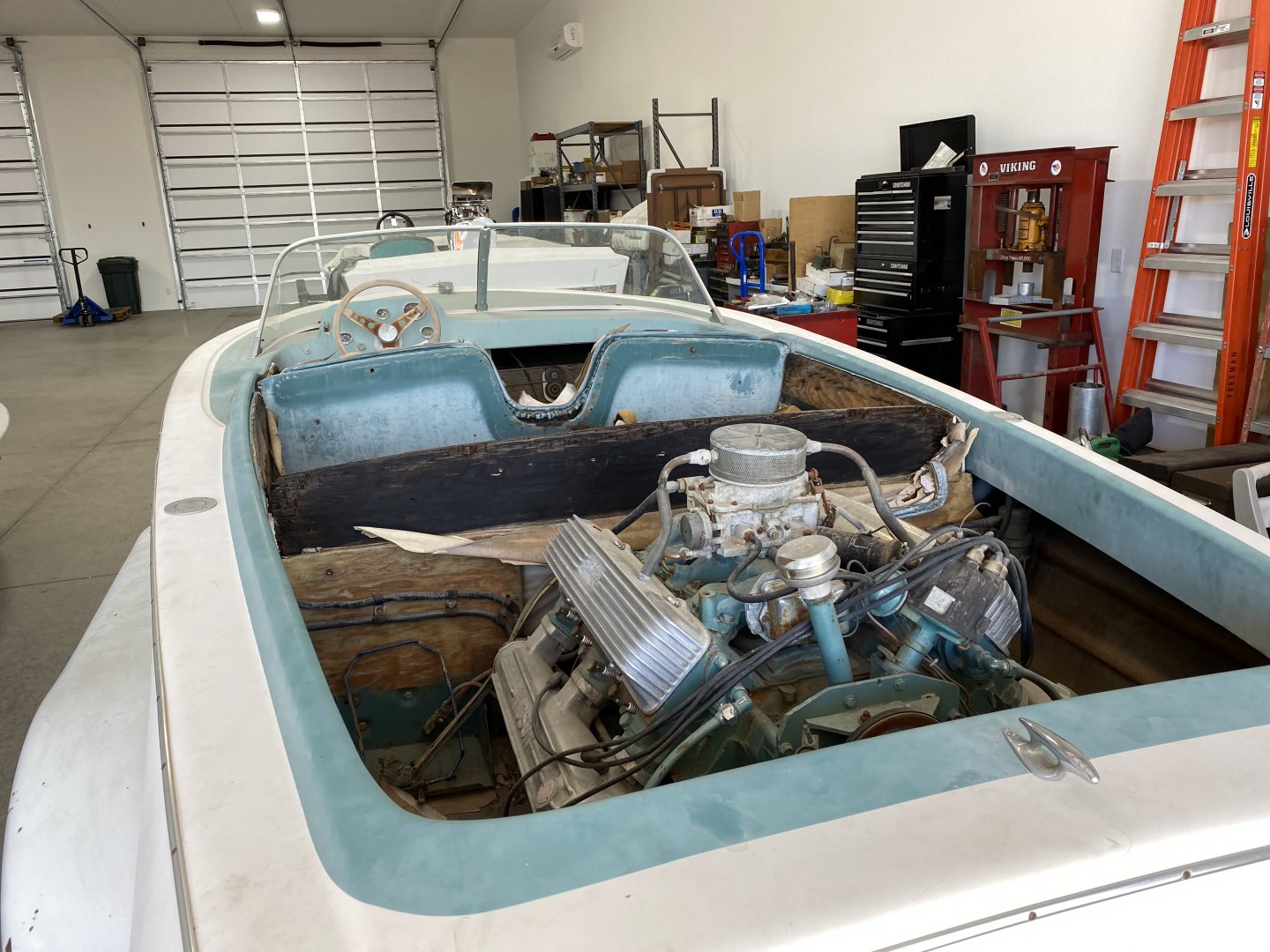 Mike has developed a reputation to be regarded by many (myself included) to be one of the best in custom marine installations. So much so that often when you will see a Schiada that is for sale they will be referred to as "King Boats" meaning they were rigged by Mike King. I am very happy that he has picked Havasu as his new home base and look forward to seeing the progress on his existing projects until they are completed!

It's good to keep the niche alive. Kudos to Mike.
Now that’s what I’m talking about! What n excellent craftsman
That is such a pretty shade of Orange.
1. I like the clean organized shop.
2. Looks like he knows what he is doing!
mikes the man , his shop is beautiful and hes always very helpful. thanks for all u do for the sport mike .
So how do we get a hold of him?
Hey that's my boat. HAHA!
I feel lucky to have gotten a spot in there as the line is growing longer and longer.
Mike is the man!!!!!
Beautiful stuff!
One of the biggest unsung heros in the custom marine game. Between Mr' King and Peterson, these guys have been building most of the crazy off the wall shit for decades with little to no recognition. Great to see light shining their way. These guys do incredible and sometimes literally unbelievable work.