BATTERIES – IT’S ALL ABOUT THE TECHNOLOGY

About a week ago I posted an article on RDP about electric outboard motors and how they plan on entering the mainstream of recreational boating. We all know about how things have changed in the automotive industry in the last ten years, especially thanks to Tesla.

The automotive world is obviously moving toward electric power, there’s no denying that. But whether the marine industry follows suit and when will depend a lot on the next battery breakthrough. Several companies say they are on the verge of changing the game for everyone. If they do, exciting times are just around the corner. 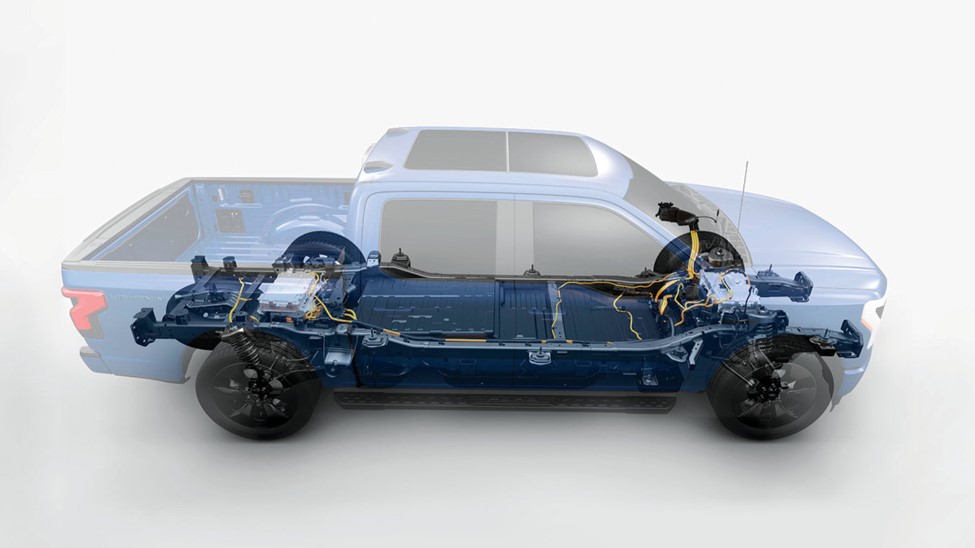 The trend so far by electric motor companies has been to overpromise and underdeliver. Current lithium-ion technology has several drawbacks for marine propulsion. Lithium-ion batteries typically comprise a graphite anode, a nickel-manganese-cobalt cathode, and an electrolyte of lithium salt dissolved in an organic solvent. The electrolyte solution is a concern for boaters because it’s flammable and is the main initiator of thermal runaway — a technical way of saying a fierce, uncontrollable fire. Nothing could be worse onboard. Safety packaging and cooling systems are highly effective, however they add weight and take up space which is at a premium on a boat.

Cruising range is limited with electric power because of the relative inefficiency of the batteries. That problem, coupled with the high drag coefficient of the boat’s hull moving through the water, necessitates carrying lots of heavy batteries. Not a good thing for performance and efficiency.

Also concerning are the long charging times, and the issue of the toxic cobalt component of the cathode. The cobalt is a relative rarity that’s expensive, with 70 percent of the world’s production coming from the politically unstable Democratic Republic of Congo.

To predict where the technology is heading, following the money is usually a good place to start. Automakers have been throwing some serious financial backing toward new-gen battery technology. In the marine sector, electric propulsion leader Torqeedo has hitched its battery technology wagon to fellow Bavarian company BMW, which produced its initial all-electric vehicle in 2013. Using BMW’s i3 or i8 batteries, Torqeedo’s Deep Blue 1800 (rpm) inboard and outboard propulsion systems produce up to 80 horsepower and can get light boats on plane, but range is still limited. Beemer announced in April it has plans to develop a solid-state battery by 2025, followed by a production-ready version by 2030. Torqeedo will likely benefit from this emerging technology. 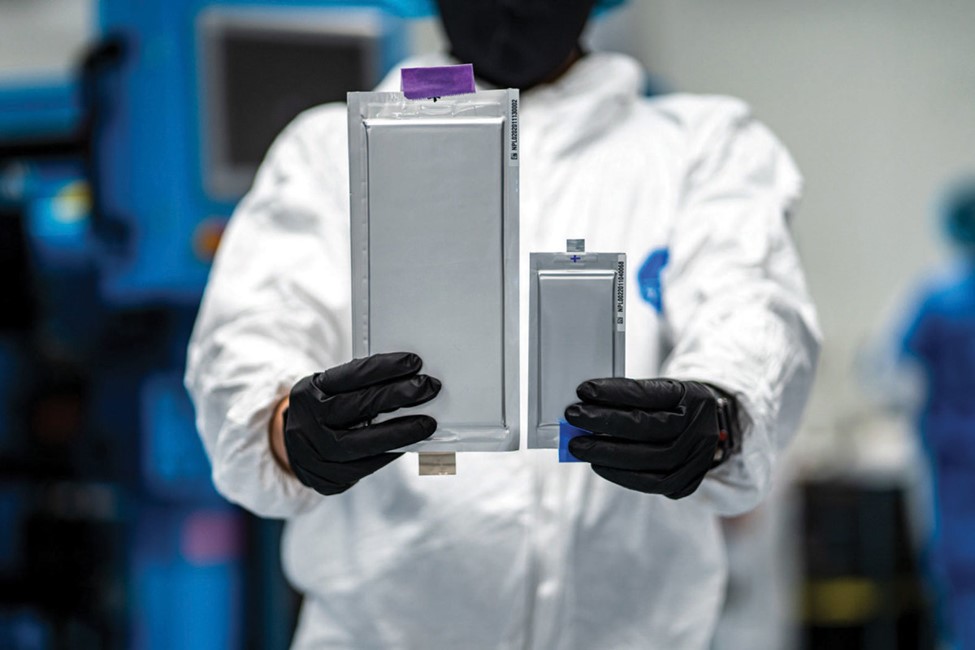 In the first quarter of this year, Tesla announced that it had delivered 184,800 electric cars that rely on conventional lithium-ion technology, manufactured by the Japanese builder Panasonic. Tesla also announced its new 4680 battery, which will be manufactured in-house starting with a pilot, China-based plant in 2022. The new batteries don’t use cobalt, but instead employ a high-nickel cathode. They also replace the graphite anode with silicon, the second-most-abundant element on earth.

Current batteries, including Tesla’s 2170, feature tabs, which are metal components at the core that are welded to the electrodes. Manufacturing these parts is difficult and expensive, and the parts can be a weak link in the battery since the current flow through the tabs creates a hot spot that can cause electrodes to fail. 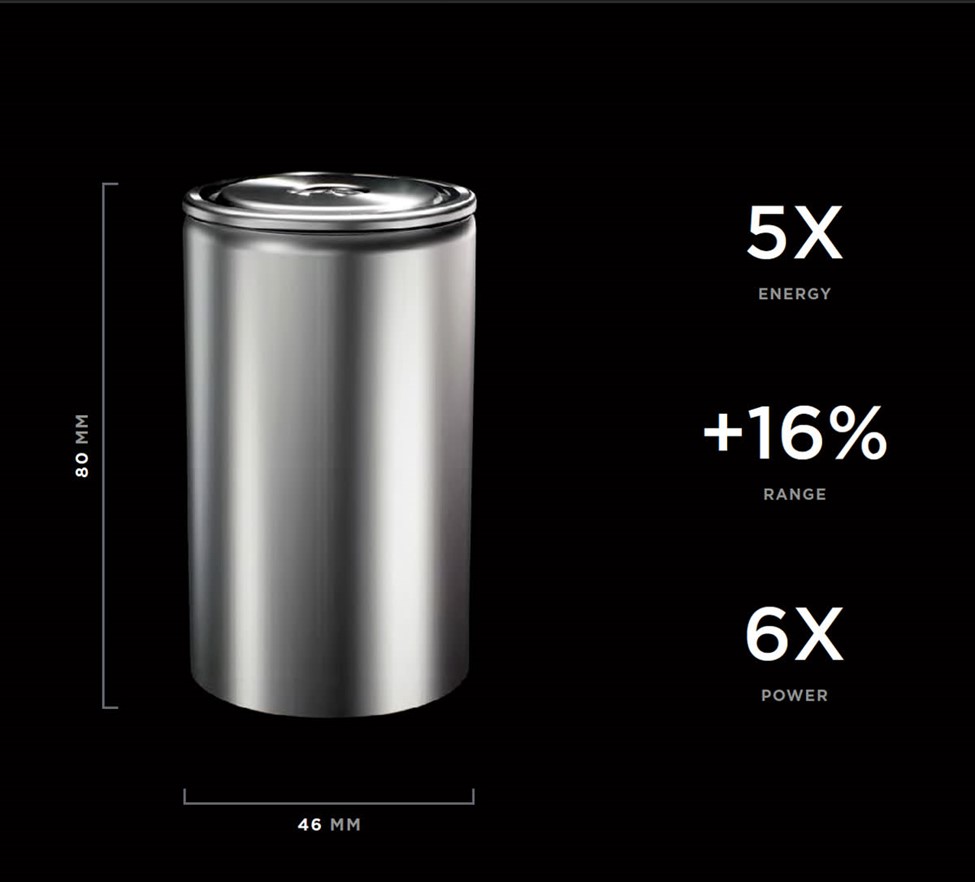 Tesla’s 4680 batteries have no tabs. According to Tesla estimates, the new design is 56 percent cheaper to produce and needs about half the real estate to generate the same power as a 74-kWh Model Y battery pack. The main advantage is that the laser-patterned shingles offer a shorter path for electrons to flow. Not only does Tesla claim this design will shorten charging time to as little as 15 minutes, but the company also says it will allow for faster electron flow when demanding power for better performance. Tesla says this will be the first million-mile battery, and estimates that it will retain 90 percent of its life after 4,000 charge/discharge cycles. This technology is still at least a year or two away from being a viable power source for production vehicles (and, eventually, boats).

Solid-state battery outfit QuantumScape is working with a $300 million investment from the VW Group.

The holy grail for those looking toward an electric-powered future in boating is purported to be the solid-state battery. Carmakers that traditionally do the heavy R&D lifting for marine propulsion technology — Toyota, Ford, Volkswagen, Hyundai and General Motors — are among those investing in and banking on its eventual success.

In addition to eliminating volatile electrolyte liquids or gels, solid-state batteries can use different materials such as lithium metal that have about 10 times the capacity of graphite anodes, and take up far less space than carbon/silicon anodes. The reason lithium metal isn’t currently being used is that when combined with liquid electrolytes, it has a far greater tendency to form dendrites, which are stalagmite-looking structures that can grow from the anode and reach the cathode, causing a cell-killing short-circuit. With a solid electrolyte, the risk of dendrites is greatly reduced.

Solid-state batteries are now being used only for medical device applications such as pacemakers because of the extremely high cost. But the benefits of a 15-minute charge time and capacity that could potentially propel a car up to 1,000 miles per charge are driving many car companies to invest heavily in this technology. 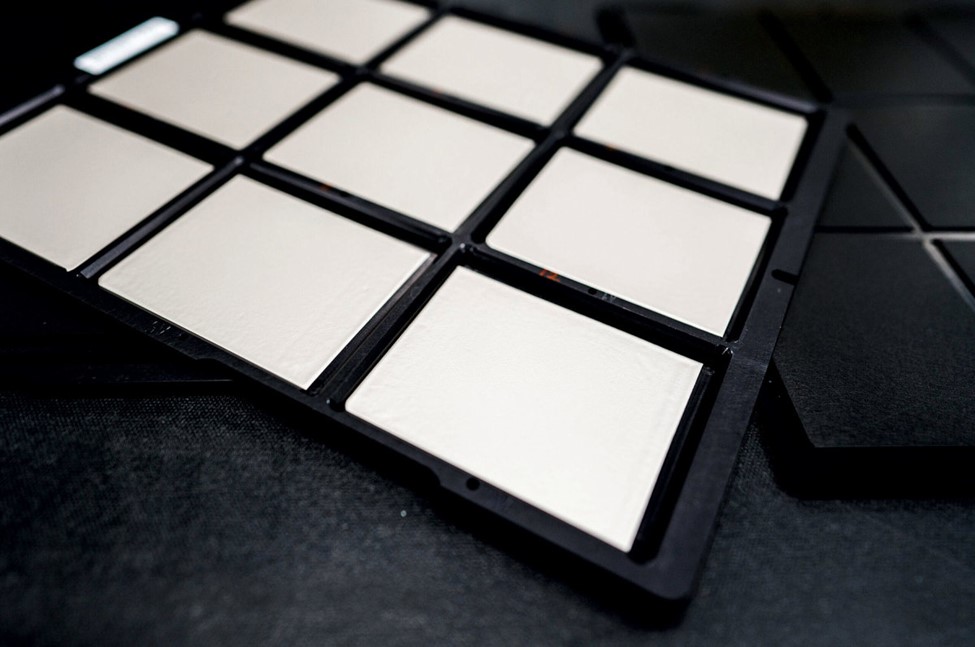 QuantumScape is a U.S. company that attracted a $300 million investment from the Volkswagen Group, as well as an investment from Microsoft co-founder Bill Gates. The company said it has created fire-resistant test batteries with a four-layer cell, and that the batteries continue to function after 1,100 cycles, retaining at least 80 percent capacity. That translates to more than 300,000 miles of life for a 300-mile battery pack, and more than 500,000 miles for a 500-mile battery pack. The company hopes to commercialize its cells by 2025.

Tesla says the 4680 battery will be the first million-mile battery.

The big differentiator for QuantumScape is that it uses a proprietary ceramic barrier to prevent dendrites from reaching the cathode. The difficulty was creating a ceramic barrier that isn’t brittle and that allows lithium ions to flow freely through it.

Solid Power is another U.S. leader in the development of a solid-state battery, and has received backing from Ford, BMW, Hyundai and Samsung. It sees the challenge a bit differently, aiming to design a solid-state battery that can be produced on the same production lines as today’s lithium-ion batteries, to leverage the huge current and planned investments in them.

Solid Power currently produces a 22-layer cell with a sulfide barrier/electrolyte. The advantage of sulfide is that it offers superior conductivity. It’s also soft, so it can use standard lithium-ion production processes and equipment. Its current cell produces 20 ampere hours, but both Ford and the BMW Group will receive batteries with five times the life — full-scale 100-Ah cells — for automotive qualification testing and vehicle integration beginning in 2022.

Because these batteries are far lighter and more compact, they offer much promise for the future of marine propulsion. But for the foreseeable future, gas is still the obvious choice unless the price continues to skyrocket.

The first really useful manifestation of battery power for most mainstream boaters — for towing, anyway — is the 2022 Ford F-150 Lightning pickup truck. With twin motors that produce 563 hp and 775 pound-feet of torque, this electric vehicle can tow 10,000 pounds and deliver 230 or 300 miles of range, depending on the configuration. The F-150 Lightning has sports car-style performance, with a 0-to-60-mph acceleration time in the mid-4-second range. These are about the same specs as the two-motor, all-wheel-drive iteration of Tesla’s angular Cybertruck that’s due to be produced later this year, but the Ford is priced $10,000 less at $39,745. Two fun facts about the Lightning are its “frunk,” or storage trunk in the front where the combustion engine used to reside, and its ability to power a house in the event of an electrical outage.

It's all on the horizon…..both automotive and boating are about to change forever.