Article Gallery
Is It a Biesemeyer? Guess Again….It’s a Rare Eagle 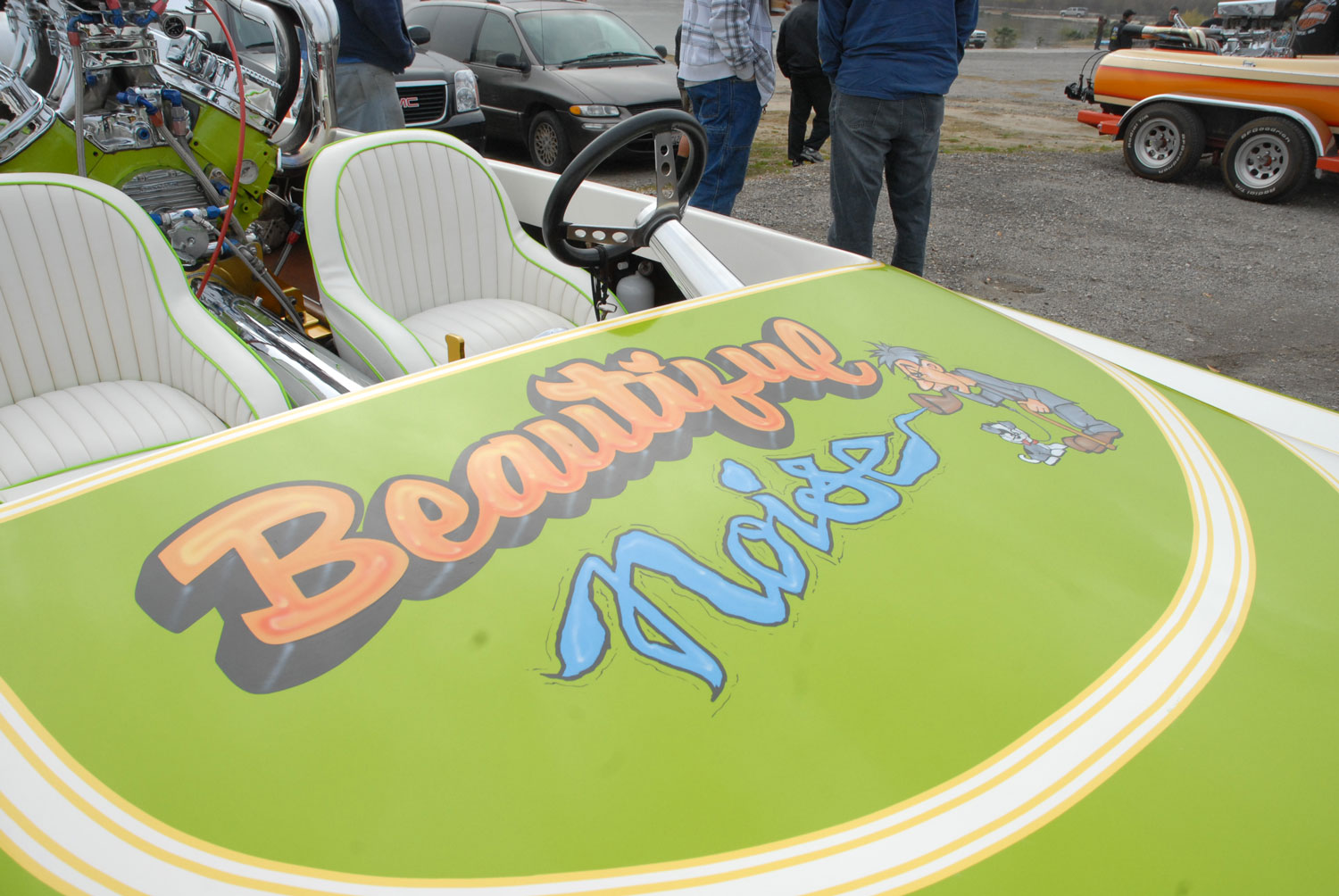 Steve Schepp was a jet boater up until 1983 when he ran across this rare 1976 Eagle flatbottom that appears suspiciously similar to a Biesemeyer. “I loved the way the boat looked. It was a class piece and I just had to have it,” said Steve who paid only $3,200 for the boat, rigging and trailer, less engine. “It was originally intended to be a circle race boat for Gary Ryerson, but it ended up running the drags at National Jet Boat Association events instead. After a few years, Gary decided to sell it. I had a big block Chevy motor from my old jet boat so I was pretty much ready to go.” 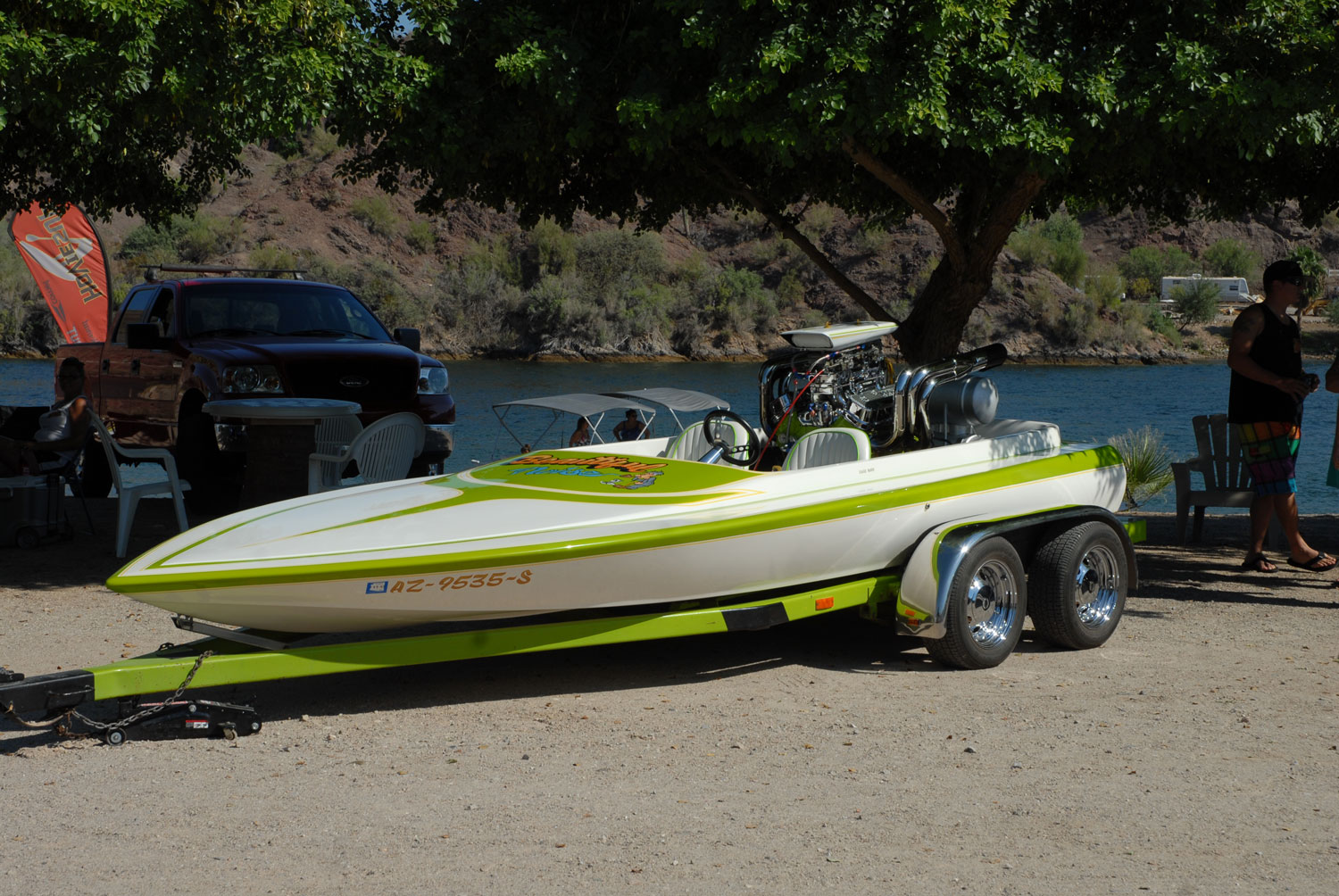 “I don’t think my wife, Debbie, was as crazy about it as I was at first,” remarked Steve, “She’s a bit more practical than I am. Back then, we were a boating family with two young sons at that time and the Eagle hardy had enough seating room for two of us, let along all four. Actually, the kids had to sit on our laps for a while but it all worked out for the best, especially when my boys Cory and Sean got a little older and they thought running the flatty on the River was really cool. Both of them learned to water ski behind the boat” 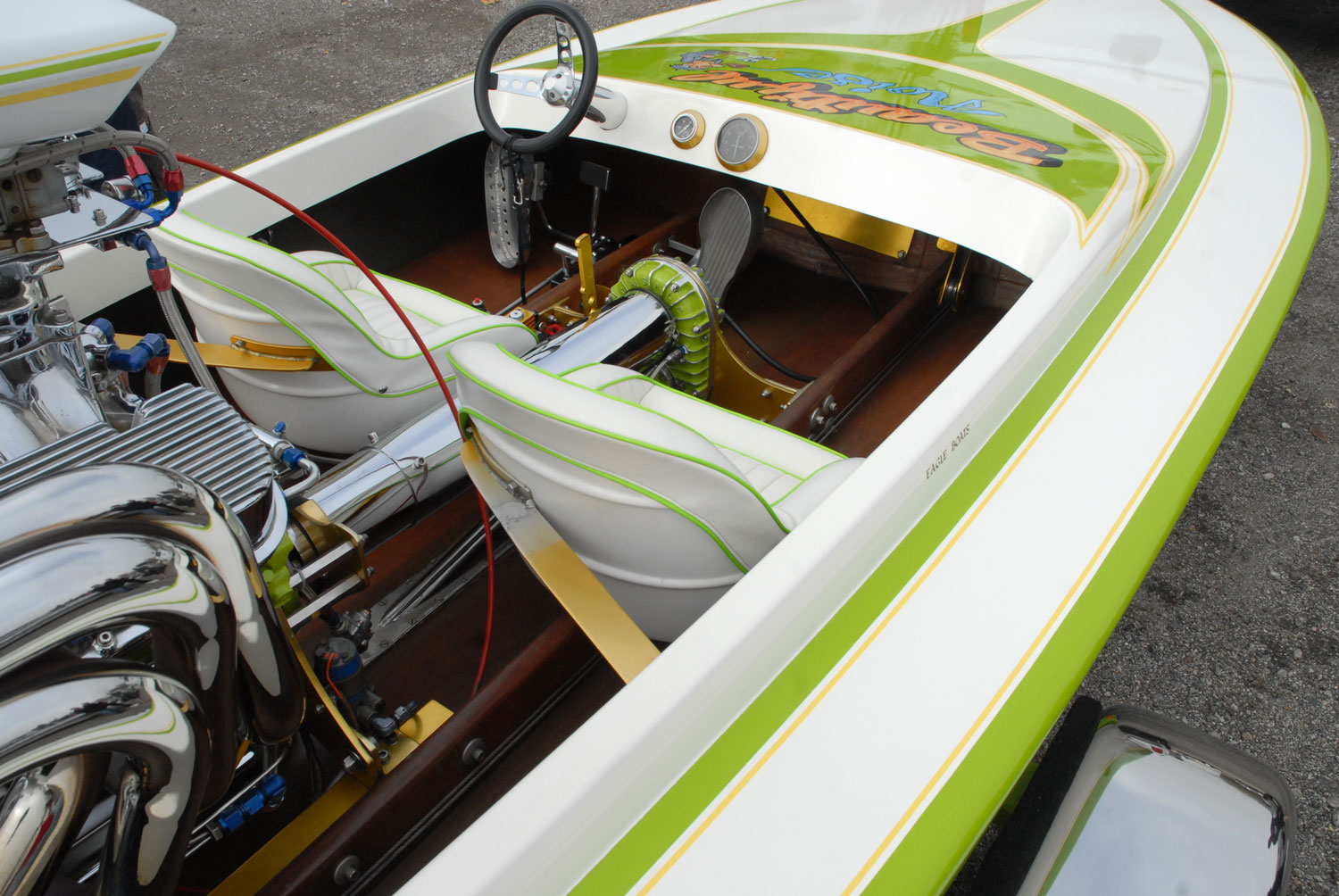 According to flatbottom history buffs, only about 25 to 30 Eagle hulls were known to be built. The operation for a time back in the mid-1970s was a joint effort between Bob Privitt and former circle racer, George McDougall out of a shop in the Downey/Norwalk area of Southern California. And its similarity to a Biesemeyer hull is no coincident since it was universally known that it was one of several splashes from that era with a few minor tweaks and changes. 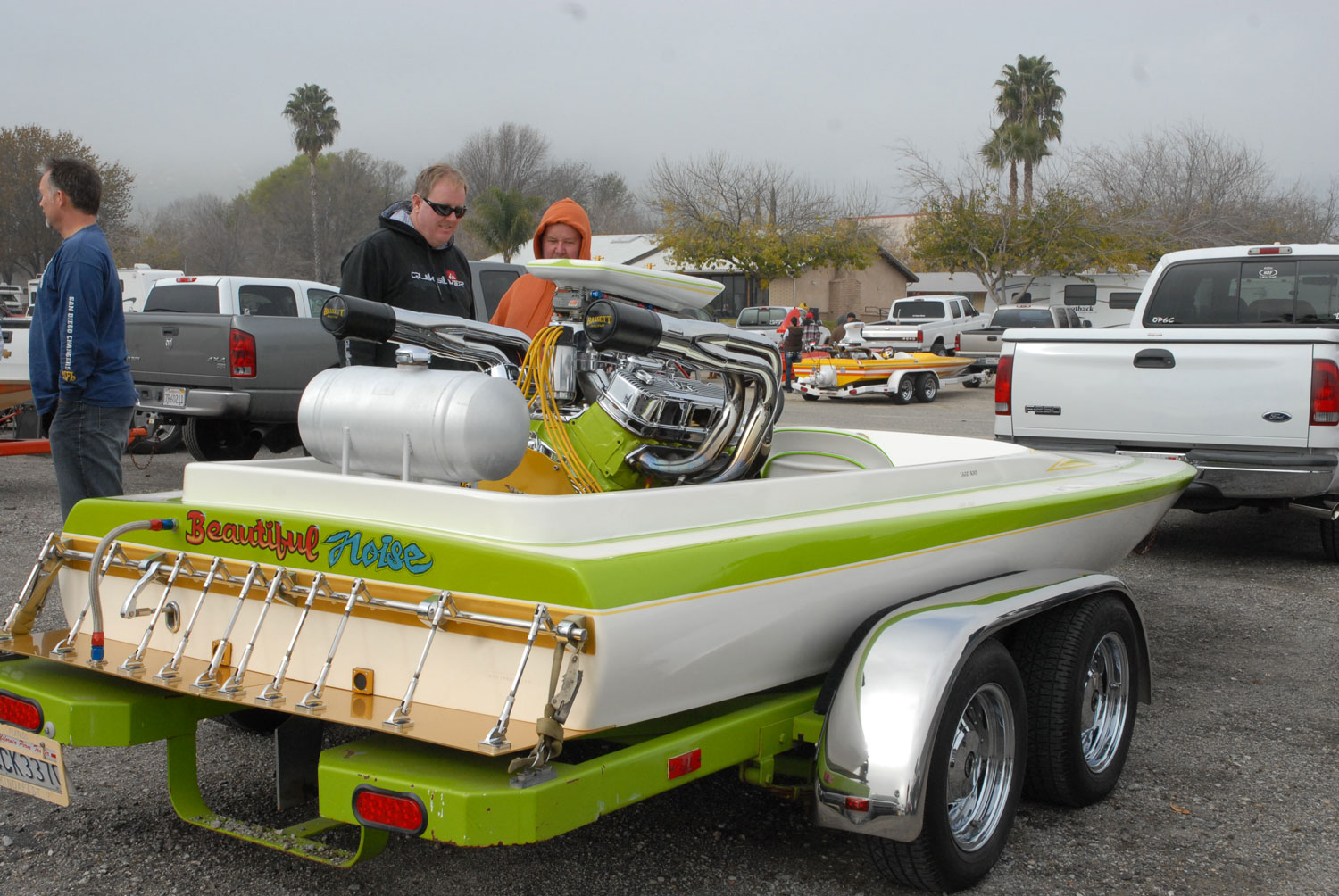 Steve has now owned “Beautiful Noise” for nearly 40 years and it’s still in virtual show quality. What makes it even more remarkable is the fact that it still has the original gelcoat. “I try to take as best of care of the boat as I can,” commented Steve. It’s our baby. The boat got its name from the original owner’s wife, and it seemed to fit so we kept it. Now it’s part of our family.
I don’t think we could ever sell it.” 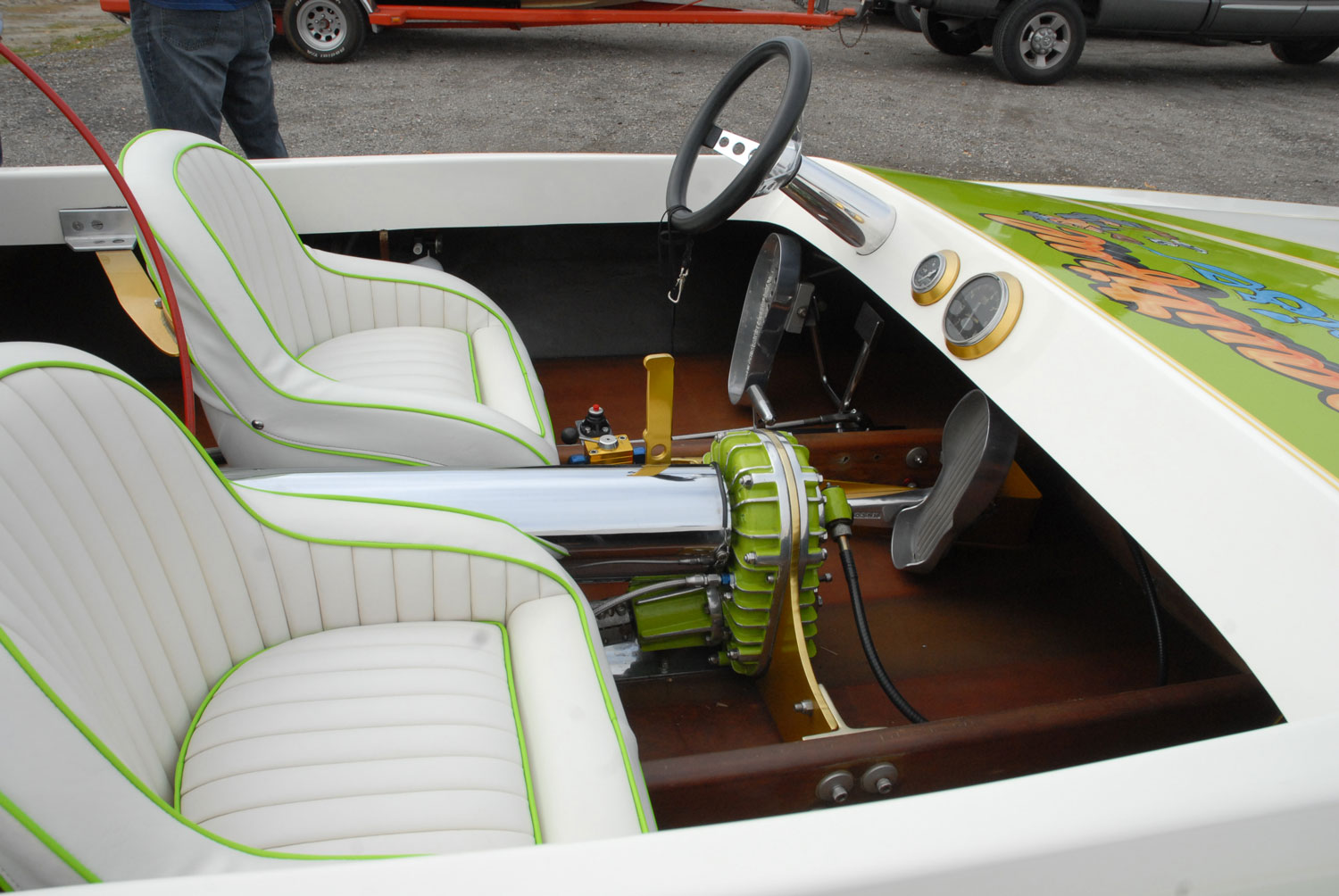 Besides being a show piece, “Beautiful Noise” can hold up its end of the deal on the performance side as well. Steve says he runs a ten-degree Casale box with 15 percent over gears and an 11-1/2″ x 15″ two-blade steel Cary prop. When he’s got some clean water and little boat traffic, his 468 cubic inch Chevy is capable of spooling up to about 7,000 rpm on the big end netting a number on the plus side of 90 mph. 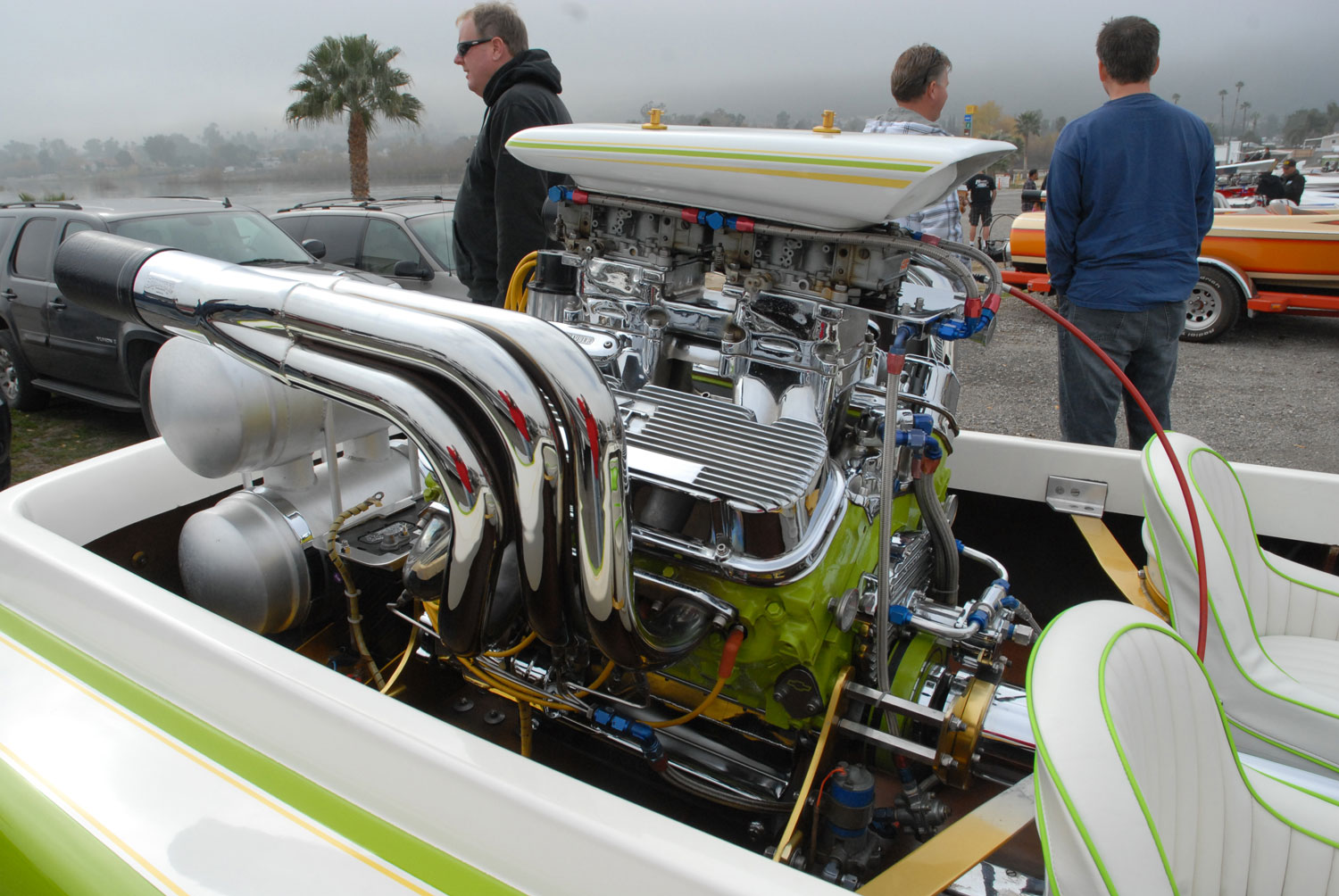 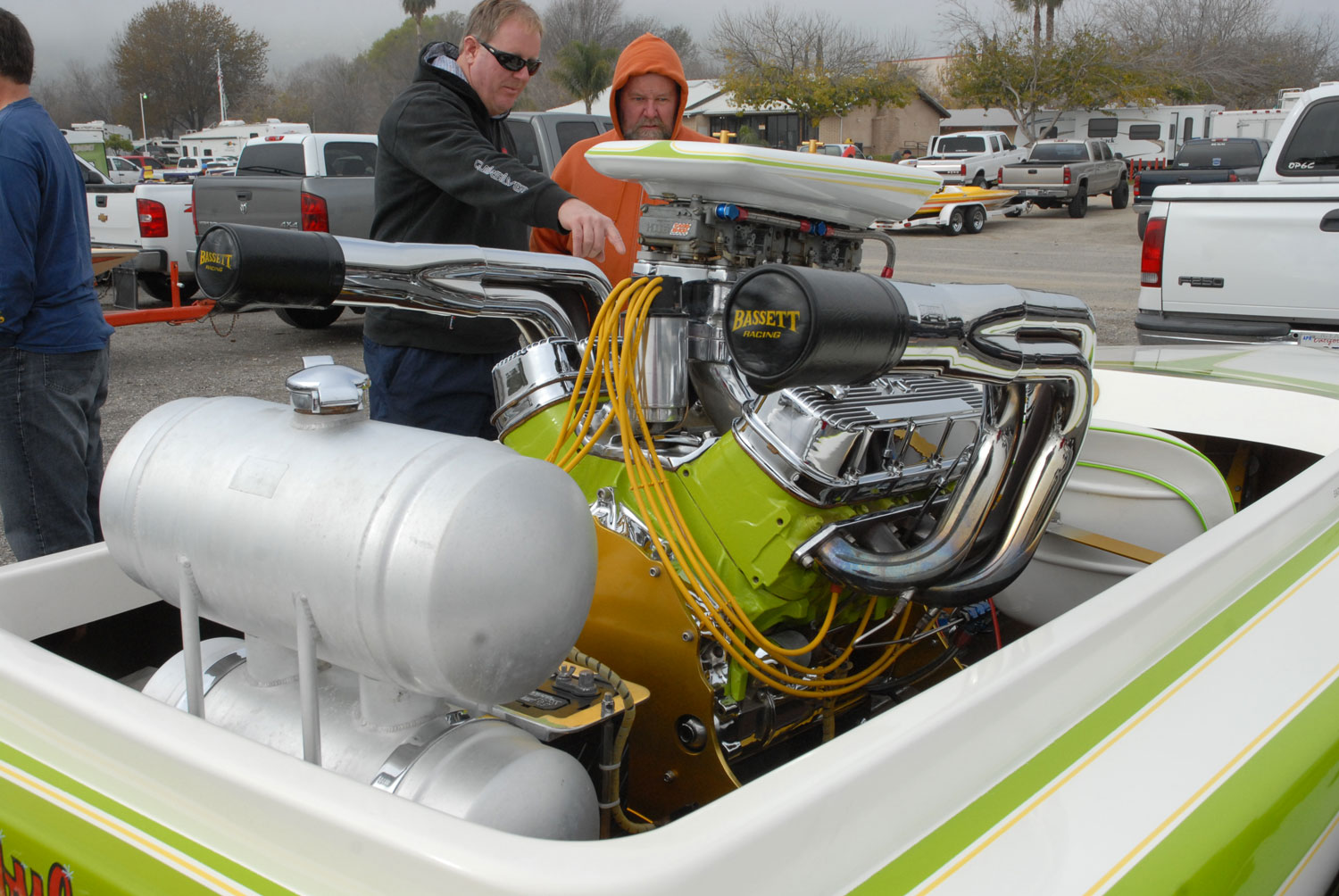 If you happen to frequent the popular Castle Rock Shores on the Colorado River’s Parker Strip during a summer weekend, listen and look close because “Beautiful Noise” is likely to be passing by. “We still make it to the River twice a month during summer,” says Steve. “Now that the boys grown, we did take the ski tow off the motor about five years ago, but that’s been the only change. Other than that, it’s just the way we like it.”
Reactions: angiebaby, BlowMe, FastLoudPhoto and 13 others