It was October 22, 1972 and world speed ski record holder Danny Churchill was attempting to up his own mark of 126 miles an hour in the quarter mile on a single ski. Churchill was at the top of his game, winning the overall Grand National Catalina Water Ski Race title the preceding August, beating multi-time Catalina champion Chuck Stearns to the finish line by a scant forty-feet. Churchill and Stearns were so far ahead of the rest of the 100+ skier field that third place was more than ten minutes behind. 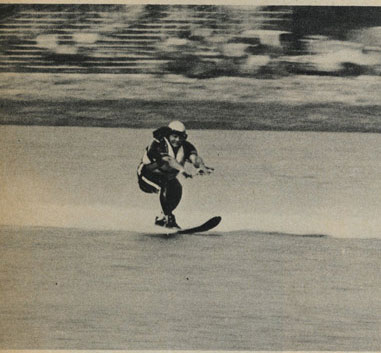 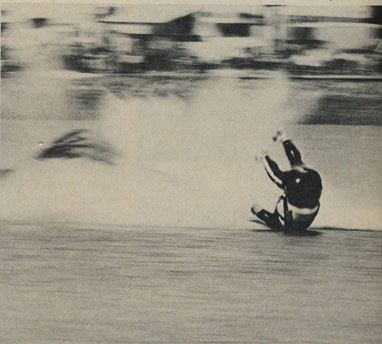 At the record attempt, Danny was being pulled by Mac Christensen’s blown Hondo hydro at Long Beach Marine Stadium in front of nearly 10,000 fans. And Danny’s run went very wrong. As you can see from the photo sequence captured by Powerboat Magazine photographer, Rod Flint, at an estimated 130+ mph, he went nose-over on his ski at the end of the quarter mile and violently cartwheeled multiple times before coming to a stop. 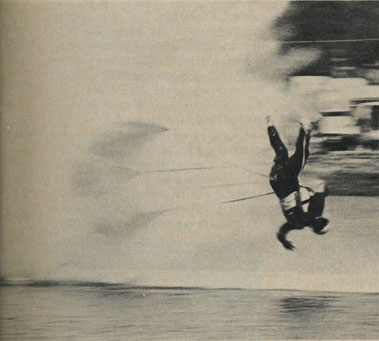 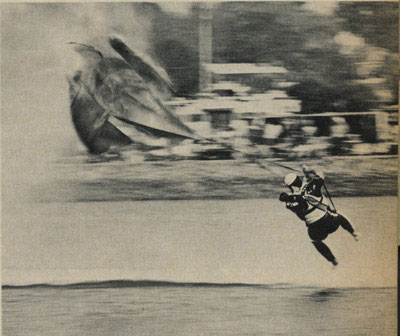 Compounding the severity of the accident was the fact that his safety parachute jacket deployed but the shroud lines became untangled between his legs when it deployed. On the water medical teams worked feverishly giving emergency aid. He was immediately rushed by ambulance to a nearby Long Beach hospital, 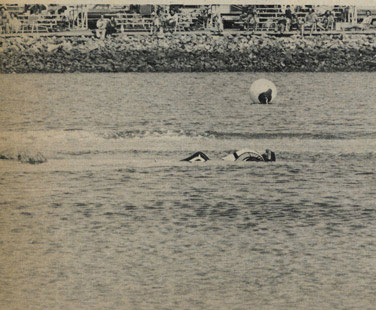 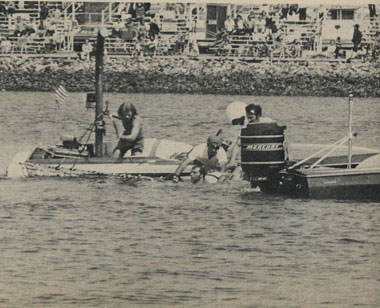 Danny’s massive injuries and extreme blood loss left little hope for recovery. Nearly a year later, after multiple surgeries, Danny left the hospital
and ready to resume rehabilitation and the rest of his life.

He did ski again, but not competitively. He did, however, follow his passion for water sports, becoming a very successful entrepreneur in the water sports industry establishing such well known products as the Hydro Slide/Knee Ski and the EZ Ski Trainer.

On November 26, 2013, forty-one years after that horrendous accident, Danny Churchill passed away from natural causes. Remembered by many as one of the greatest water ski racers of all-time and a world class human being.
Reactions: Dkahnjob, LAKEMAN, cakemoto and 5 others

grew up in Norwalk Ca, Mac and his brother Mel lived on either side on our house along with Ed [Bo] Wedge, this was the 1st time I went to a race with Mac and Mel, I would help clean parts after school for them I was 11yo at the time
Danny taught me how to ski as a kid, he was one of the most incredible human beings I have ever met, his enthusiasm was incredible, his laugh and humor contagious, and he was a positive force in this world that changed many lives for the better.

The words 'No' or 'can't' did not exist to Danny, he was 100% yes and can. Those of us that had the opportunity to spend time with him were truly blessed.
He was one bad MOFO and I spent my late teens enchanted with him after that crash.
All this woke shit makes me sick.
RIP Danny.....Hit It!
You must log in or register to reply here.