DCB Announces it's new M37R! Here's what you need to know 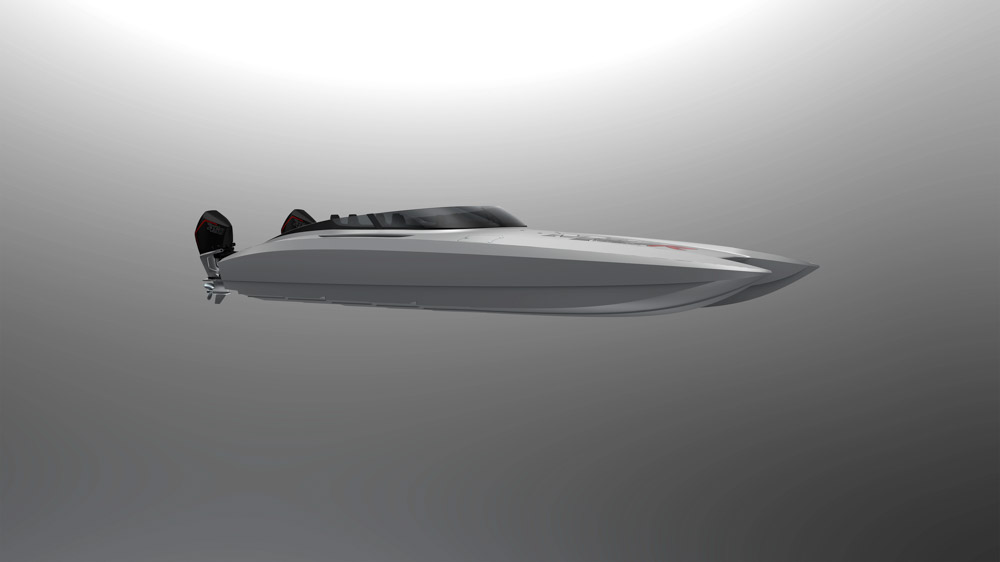 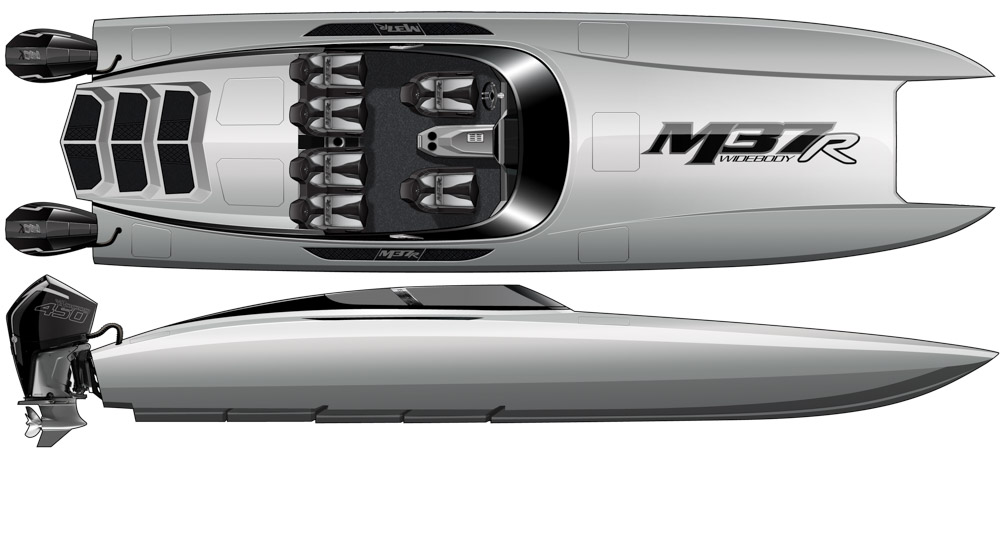 When Mercury Racing released the 400R, everybody had high expectations, but I don't think anybody could have predicted the impact that it has had in the performance boat market. Fast Catamarans have historically been powered with Stern Drives, going back from the days with a single stern drive blower motor, up to twin 1350's (and beyond now!). 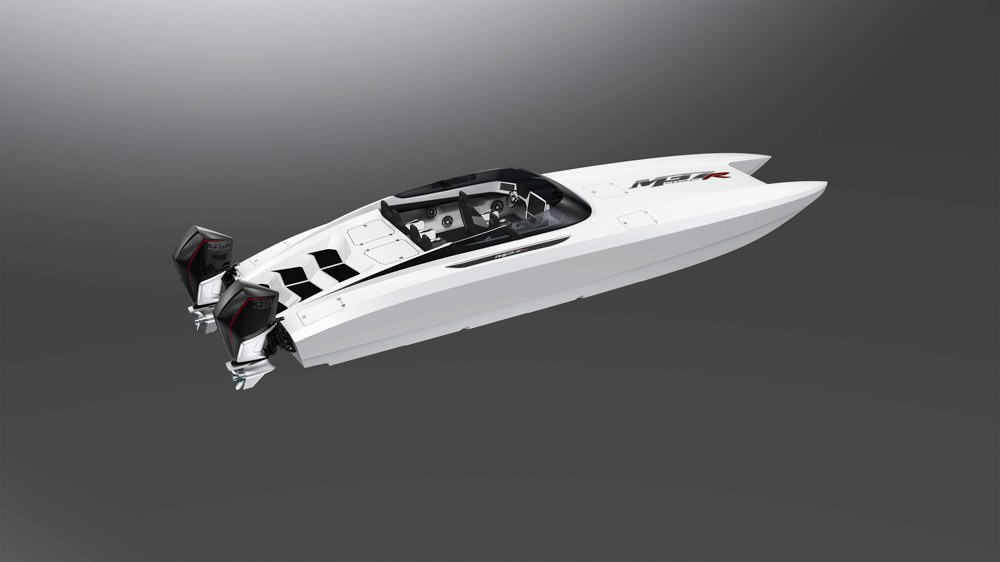 It didn't take long for people to figure out that the reliable outboard power, and the fuel efficiency was an absolute home run, and a perfect fit for the midsized Cat market. With boats running a variety of speeds from 118-130 mph with stock and most importantly warrantied Horsepower.

(Note the center throttle / shift in the rendering below. This is new for an M series model. Quick note to DCB, the hatches are opening backwards in this rendering.) 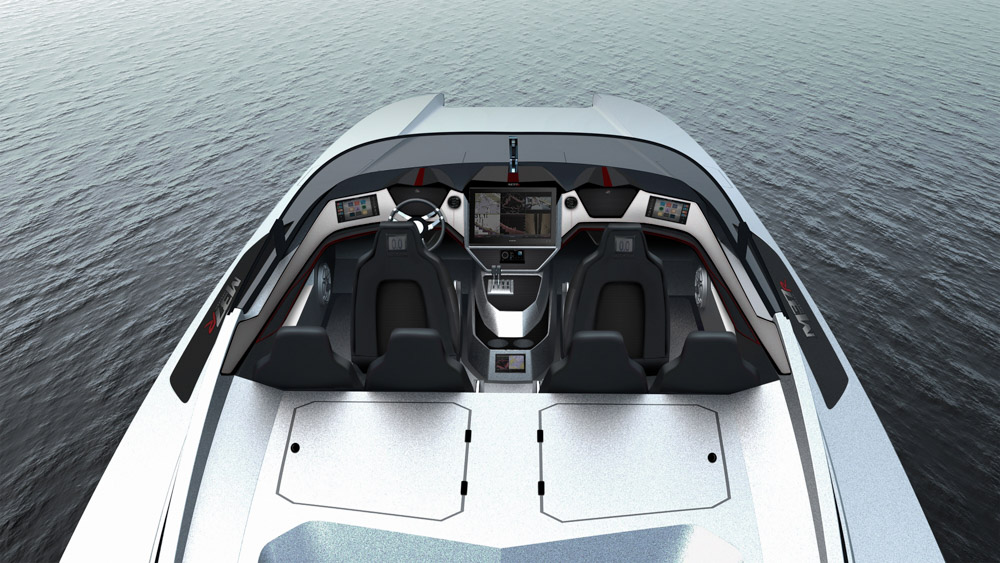 With the new found Horsepower threshold coming out of these outboards and the performance being achieved with reliability quite a few of the manufacturers embraced "Outboard First" Designs. DCB was quick to recognize the market change and retooled it's Previous F29 into the new M28R, as well took their 35 and modified it heavily into their M33R (The very first exclusively outboard boat for DCB). 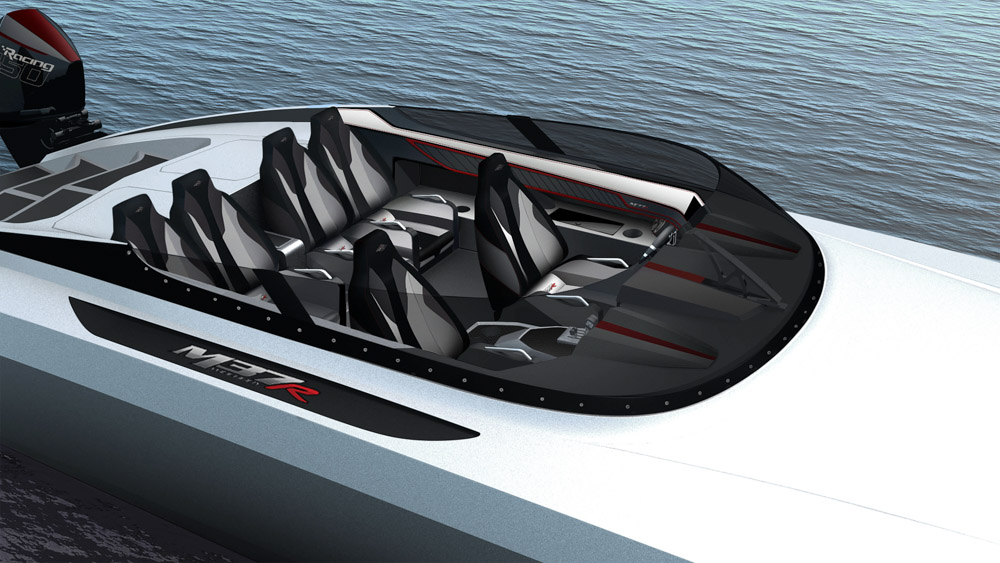 Enter the new M37R from DCB and it's like nothing they have ever done before. It's an Outboard only boat, but is also DCB's first "True Tunnel" being offered. In short they are expanding their market place from a dominant West Coast Brand, and stepping into mid west and East Coast Waters. 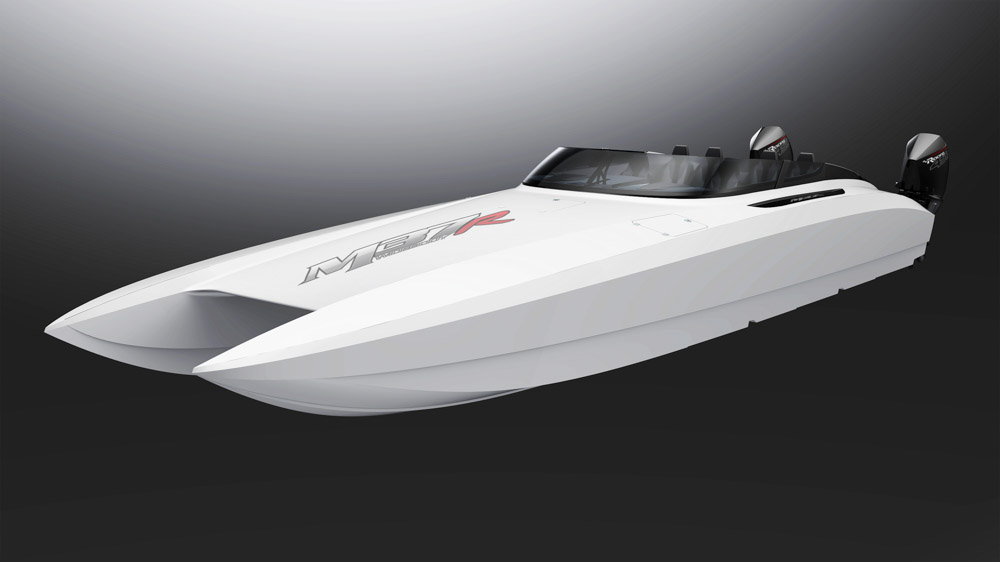 This boat was designed from start to finish with the newer High HP Merc Outboards in mind. Even though it's large it's expected to run well over the 100mph mark with 400's and Estimated to be 120+ with the new Merc 450's.

100% Cad Designed and being CNC Tooled we can already deliver the specs of 37'6" of overall length and a 36'2" running surface. Combine that with a 10'6 Beam and a 65 inch tunnel and those are the kind of specs we'd typically find in an East Coast style boat. They are predicting she will weigh in slightly less than 6,000 lbs, which is impressive given the size of the boat, and DCB's traditional "no frills spared" build styles. 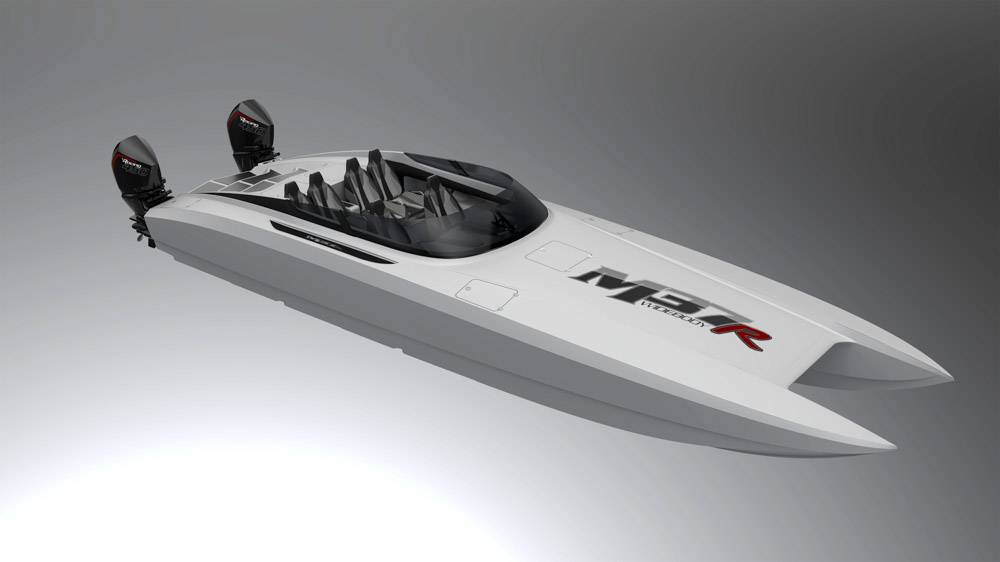 In looking at the boat is has two larger steps, and three "sponson breaks" (as referred to by Tony C of DCB). There is a lot of thought and design going into the bottom of this boat, and their main goal is to have a boat that not only puts up respectable numbers, produces a smooth and "predictable" ride. 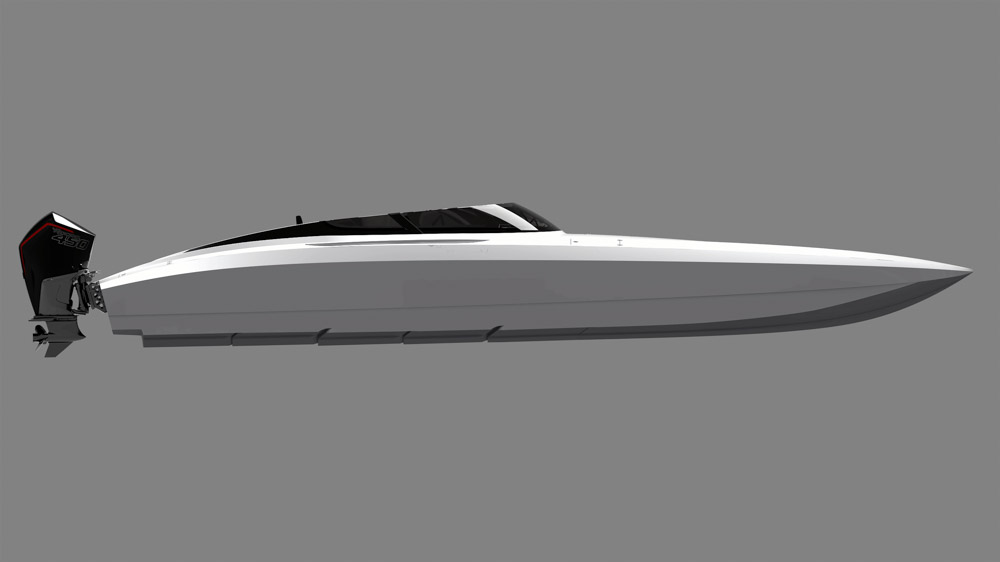 Looking at the renderings it's easy to tell this boat is a DCB. They took several styling cues from it's M Series siblings. The most notable on this is the M44 Styled stair case on the back. 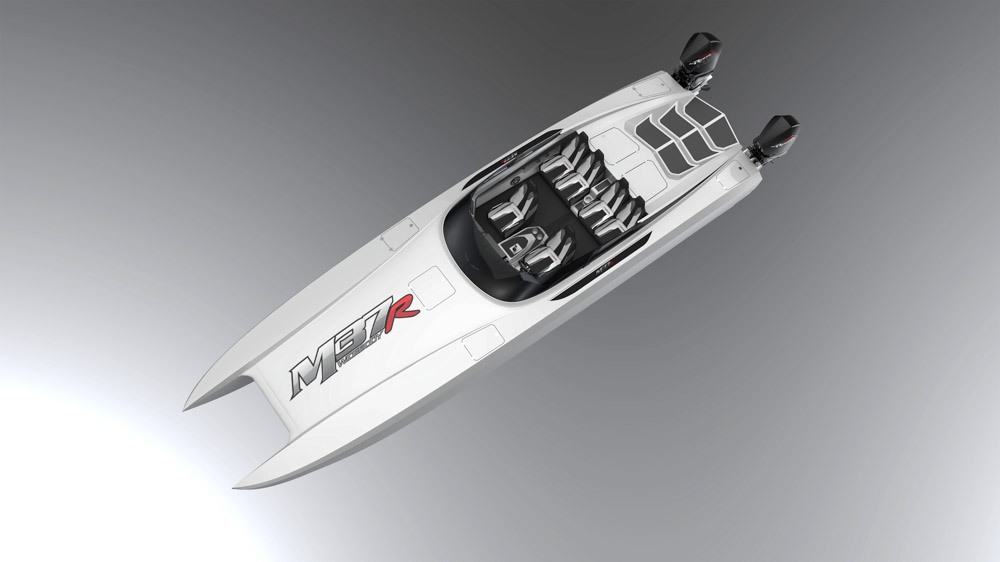 Looking up towards the windshield register you can see the traditional DCB inset step shared on the 41 / 44 hull. 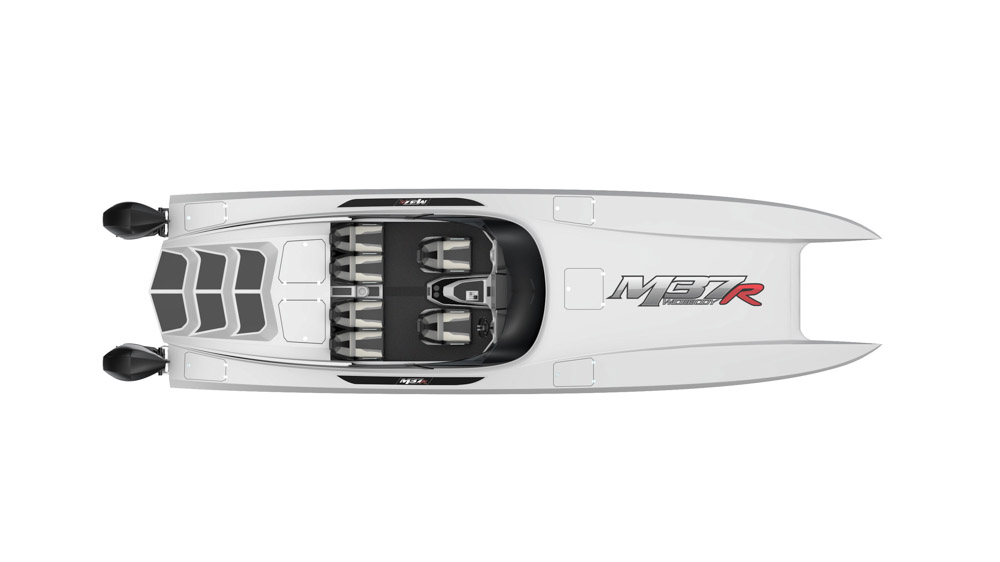 The tops of the sponsons also scream traditional M series and have that Iconic "Muscle boat" flare that DCB's have when you are looking out over the deck from the cockpit of the boats.

The boat is set to debut at Desert Storm 2020, and you can bet the first one or two will be making their rounds to all of the Poker Run stops across the USA, which I hope will include Florida Powerboat Clubs run from Miami to Key West!

The cost of the boat is predicted to come in at 470,000 (base price), with the first two build slots already taken. They are currently taking orders for build #3. 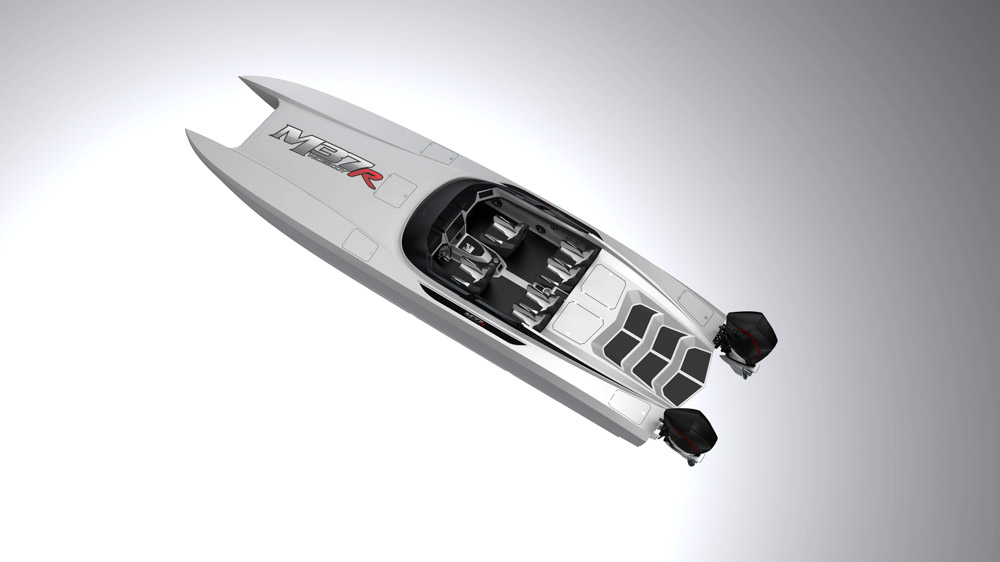