DCB Delivers a Beautiful M28 to the Waters Family! 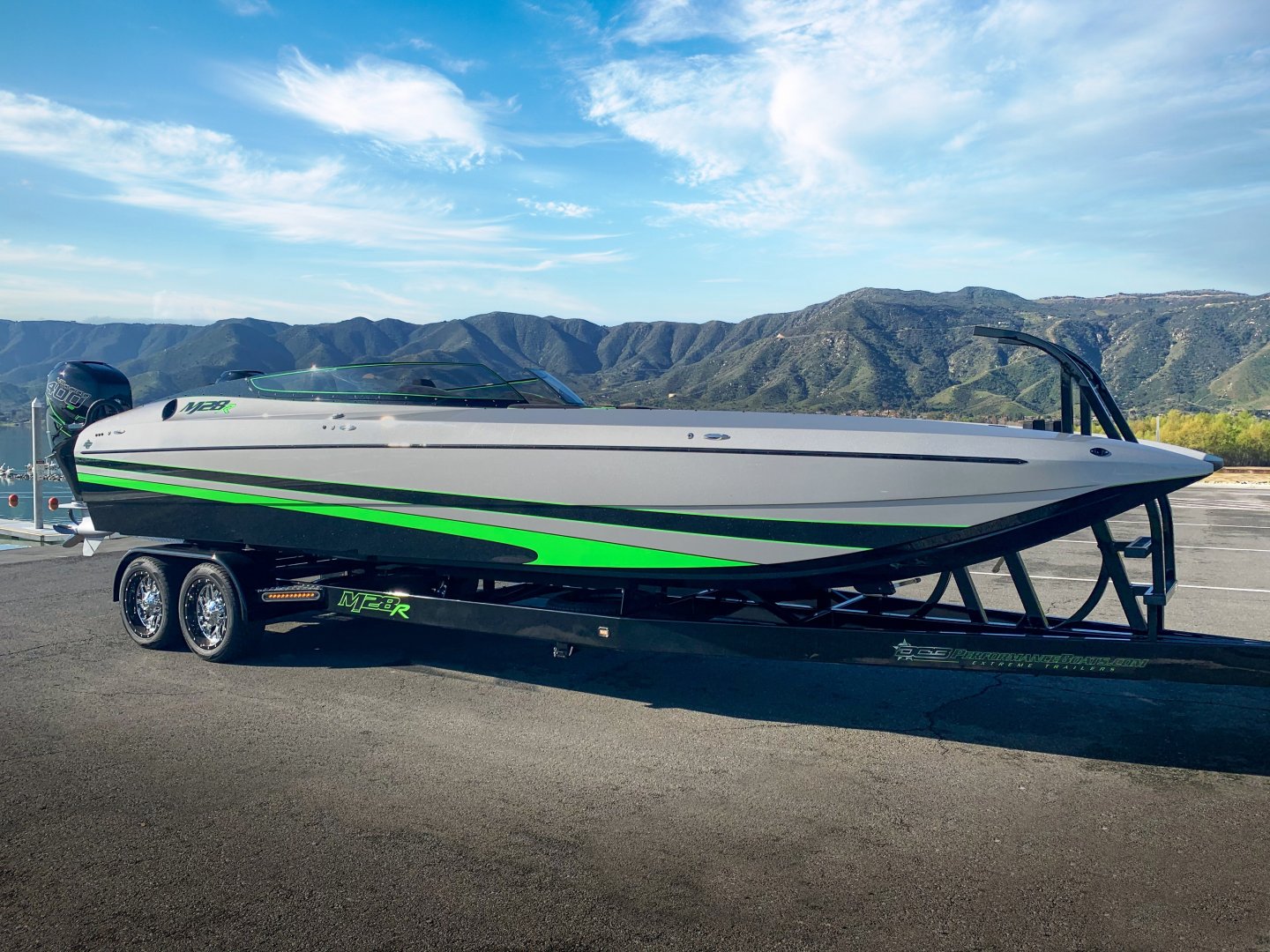 I recently had the pleasure of talking with Randy Waters the owner of this beautiful new M28, and I gotta tell you he is one hell of a nice guy, with one hell of a boating resume! Randy hales from OK, and this particular boat will be spending most of its time on Lake Eufala. It's no surprise to find Randy and his wife Lori in a 100+ mph boat, Randy was actually one of the first on his home lake to bring fast boats to it! With boats ranging from a 1500 HP 21 Eliminator Jet Boat, up and into a DCB M31 with a single 1350 in it Randy is no stranger to what he calls "Power Boats". 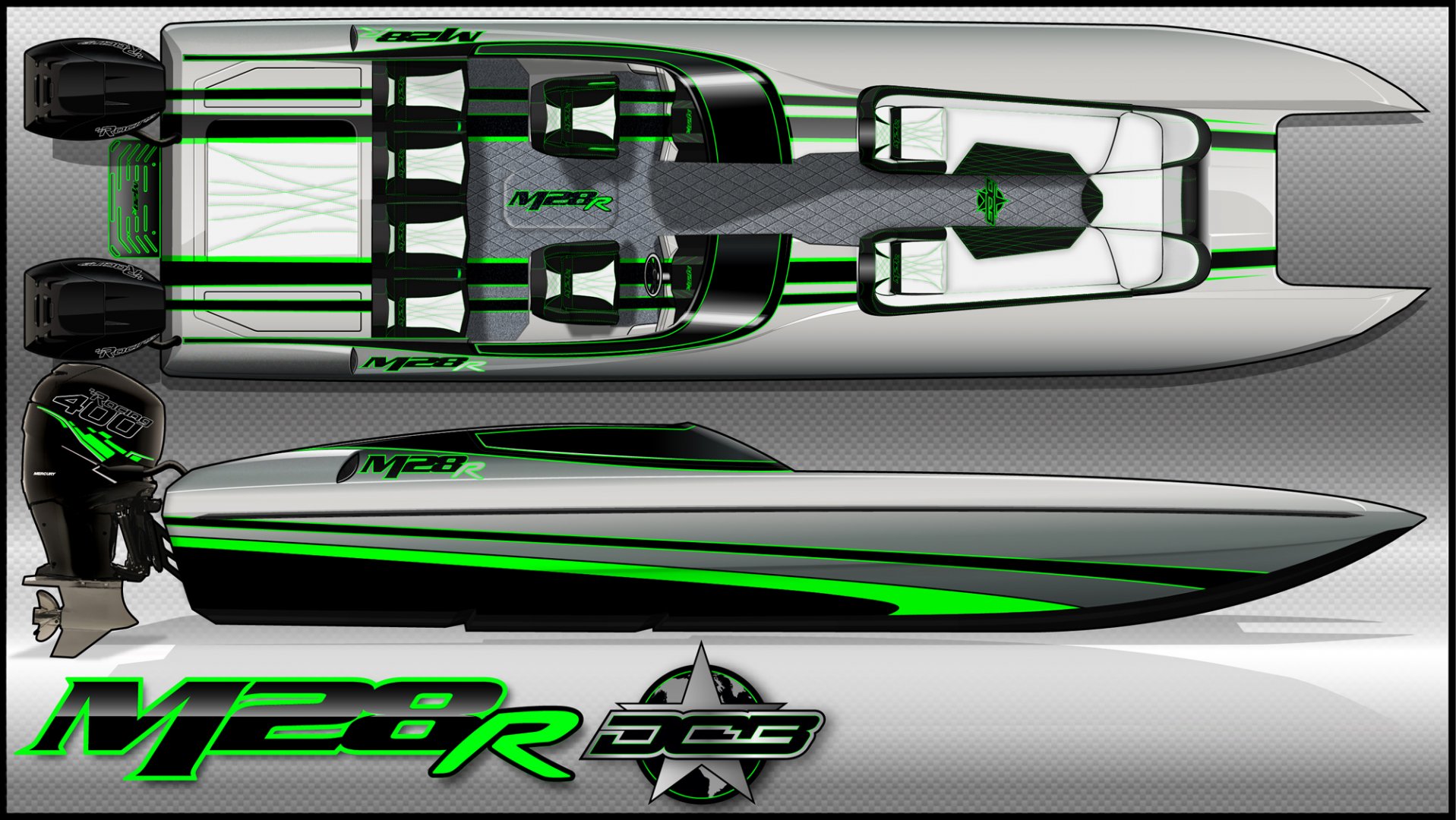 Other boats that he has owned included a 22 Advantage Cat, A 28 Howard Bullet with big Teague Power, and another Howard Deck with big Teague Power. The one we ended up talking about the most though was his old DCB Mach 26 that he jokingly referred to as "The Drive Destroyer." When he took delivery of it he had purchased 3 Teague Custom Marine Platinum drives (2 for spares). In the very first weekend he managed to grenade all three of them. 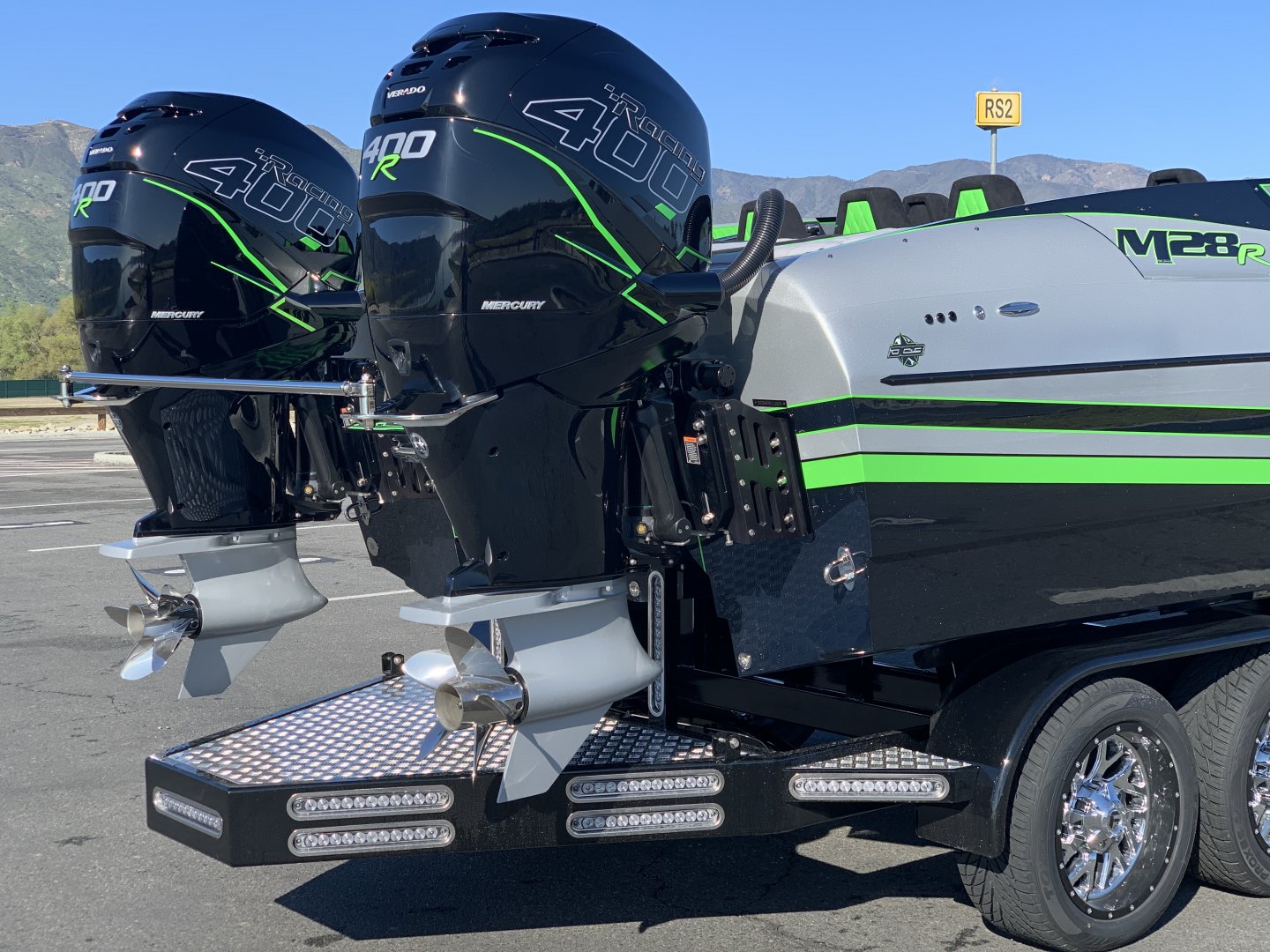 In talking to him about his M28 Build randy laughed and said "I wasn't looking for a powerboat. I was looking for something with some room and reliability." In our conversation I almost said "Outboards are kind of the new powerboats?" but I knew what he meant, the rumble of the big blocks and constant wrenching to keep them going, it's hard to make the comparison to the refinement of the new outboards even if they still put up impressive numbers for top speeds. 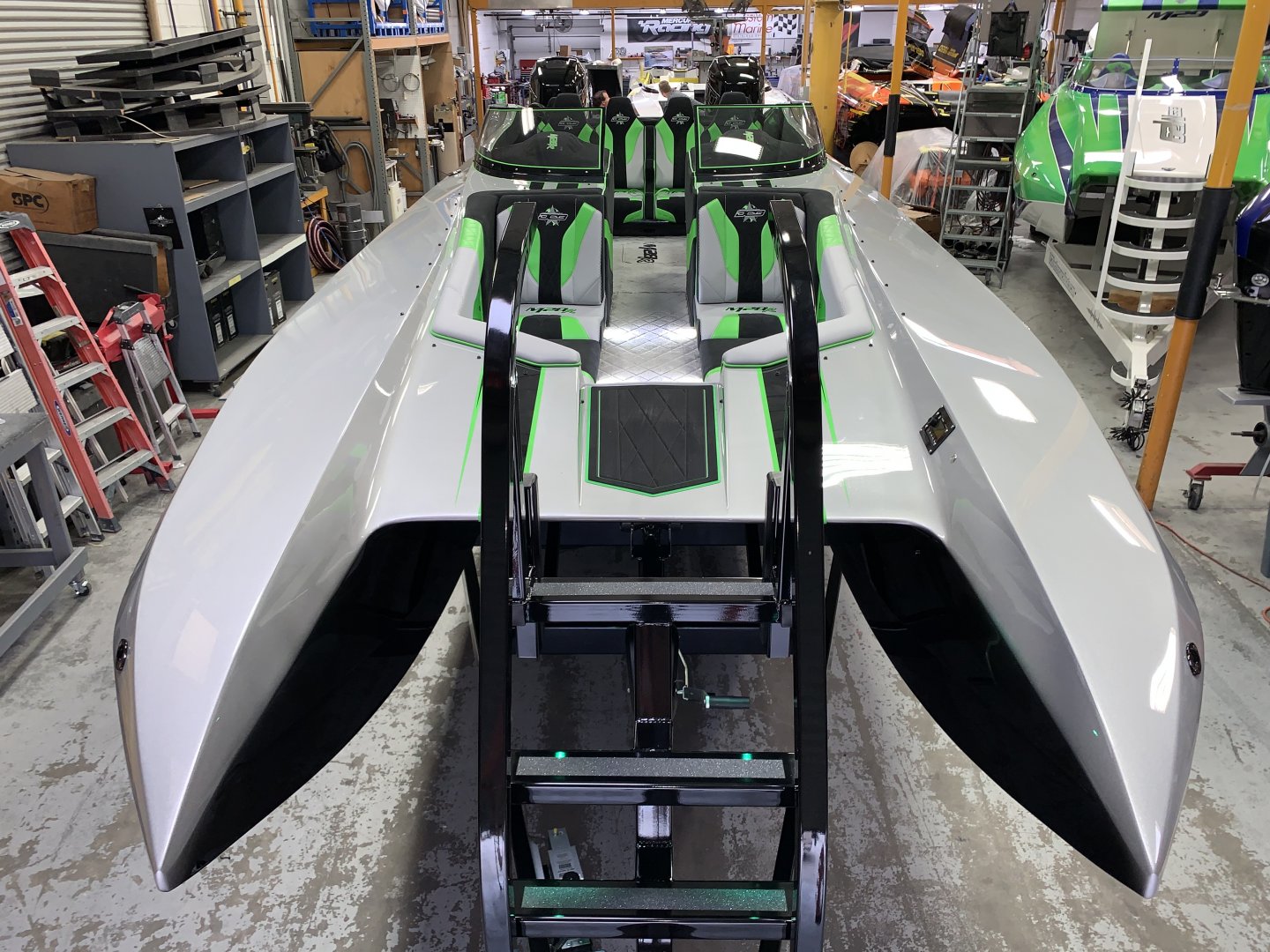 If you see the Randy and his wife Lori out on the water make sure you stop over and say hello! He's a great guy that loves to talk boats, and has a colorful history in our beloved hobby!

Here are the Specs on the new M28 Open Bow! 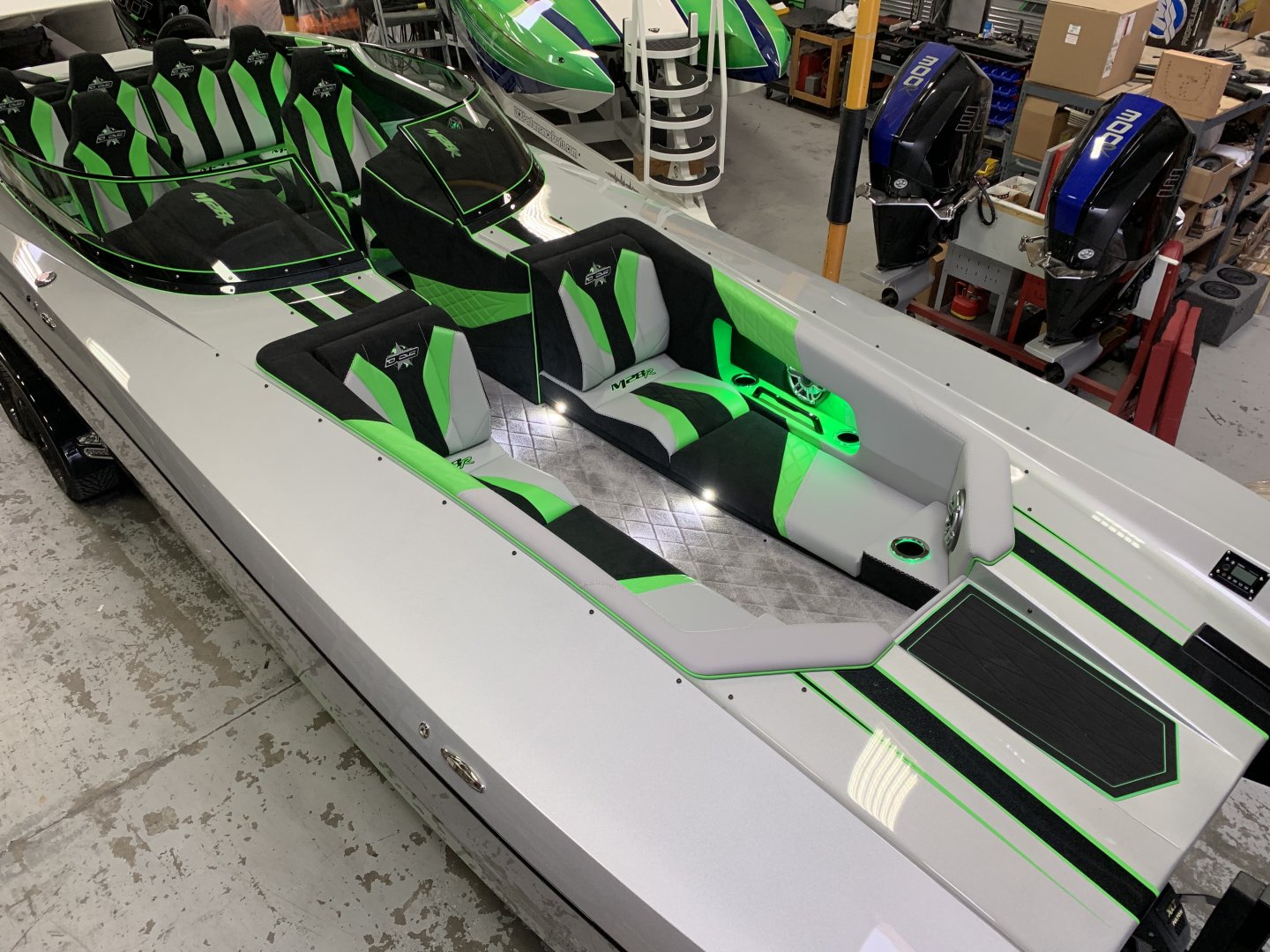 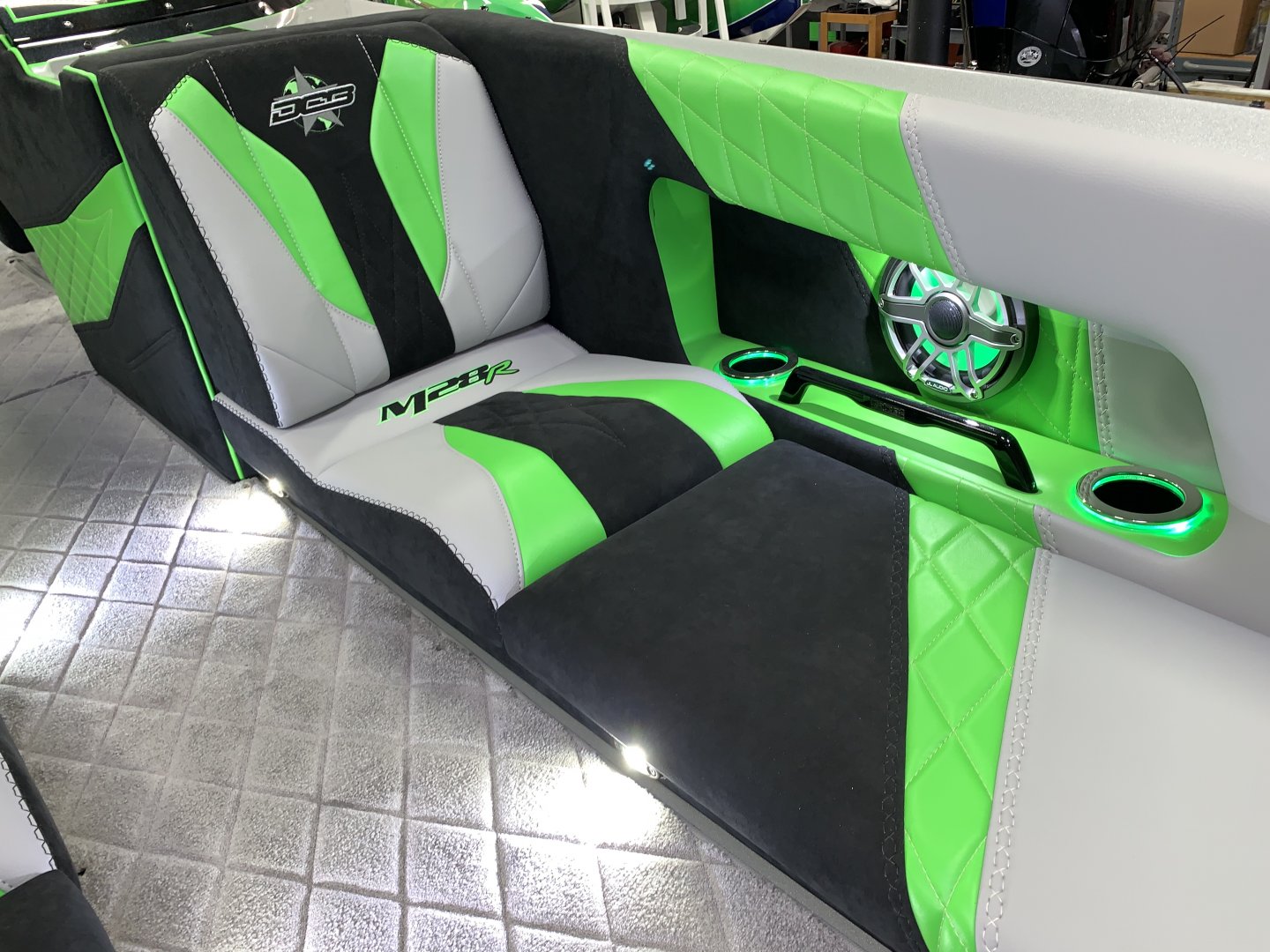 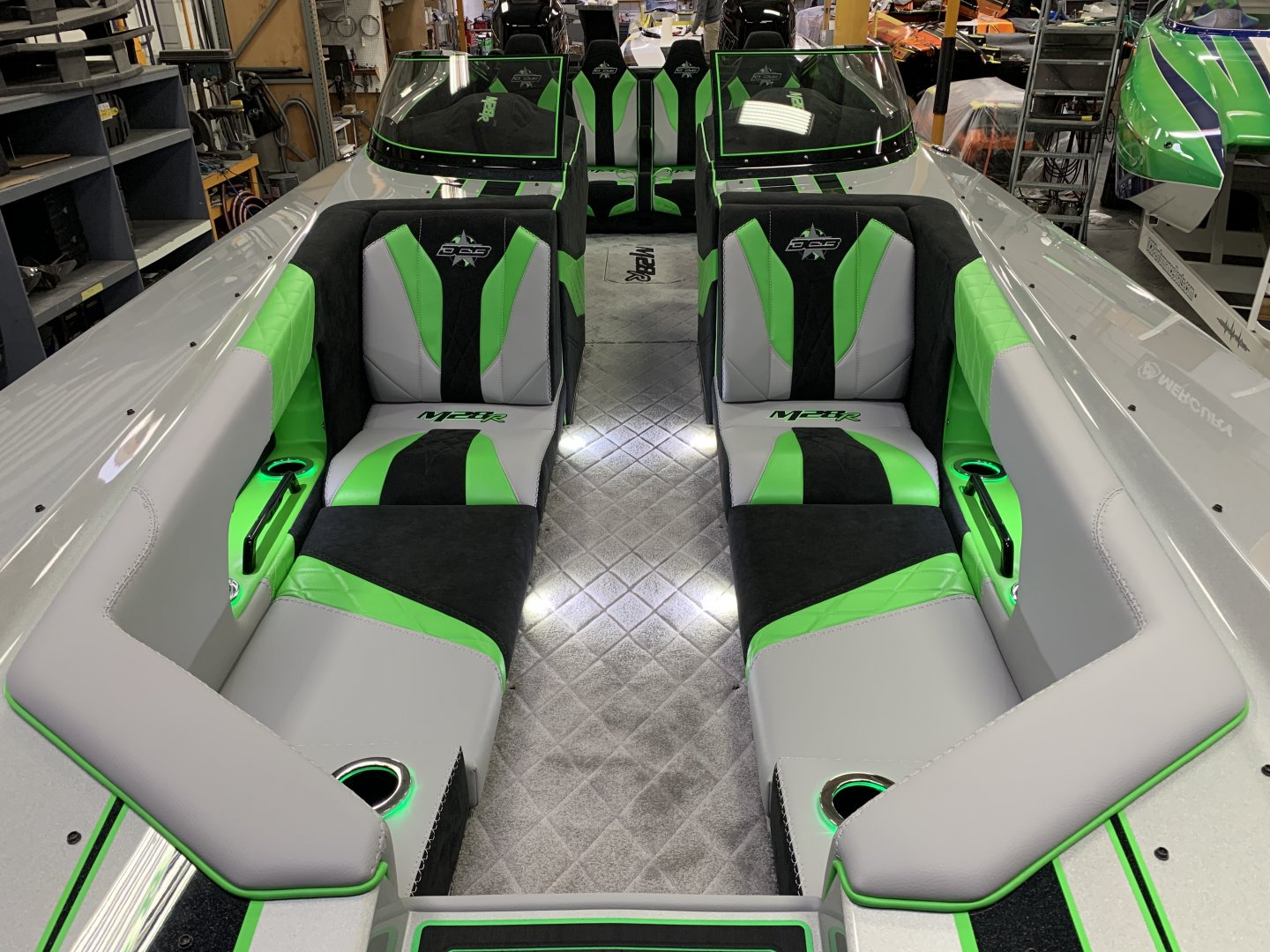 Flip up bolsters to make access to the helm storage easier. This is the first time I have seen this on a DCB. 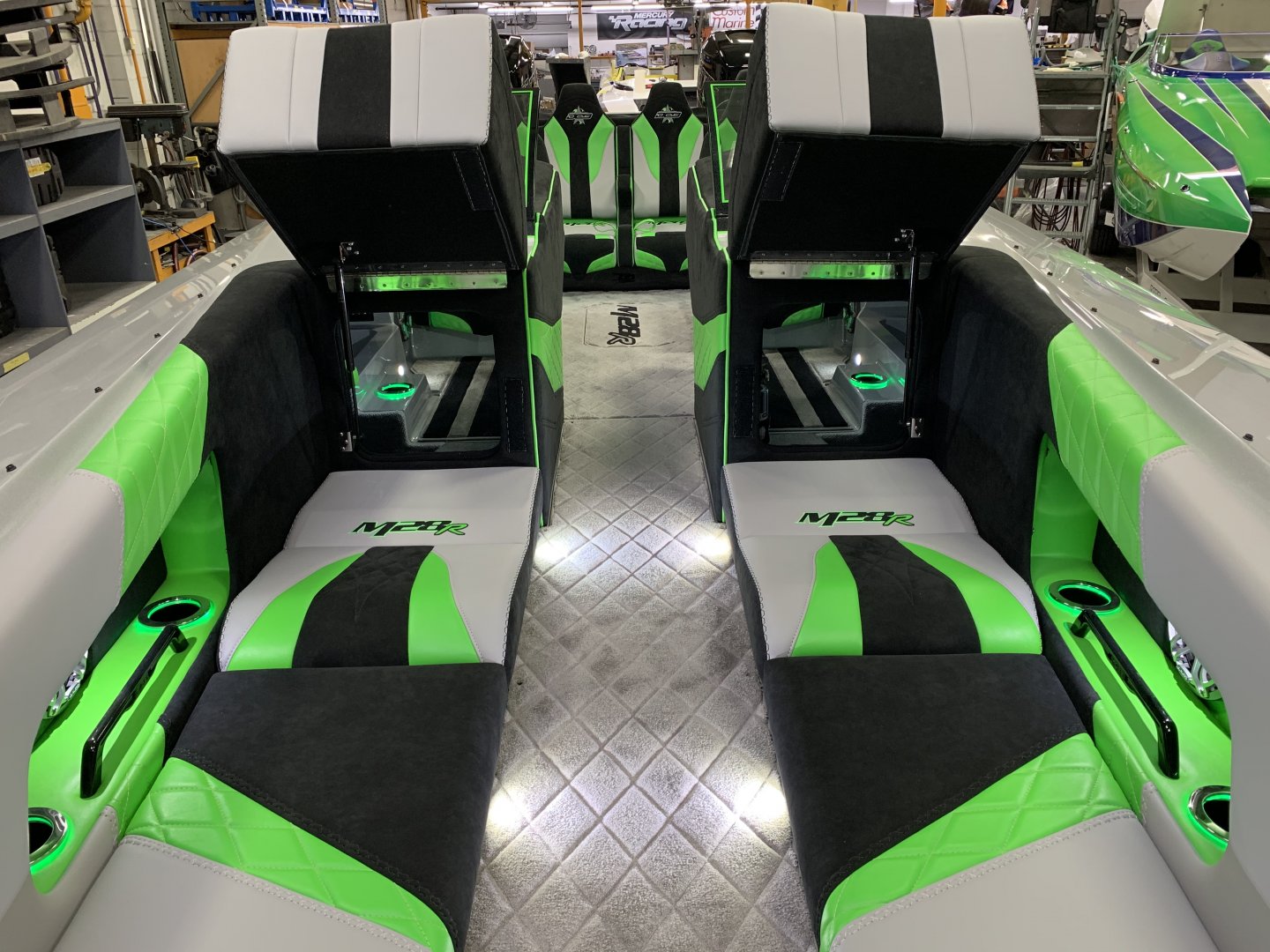 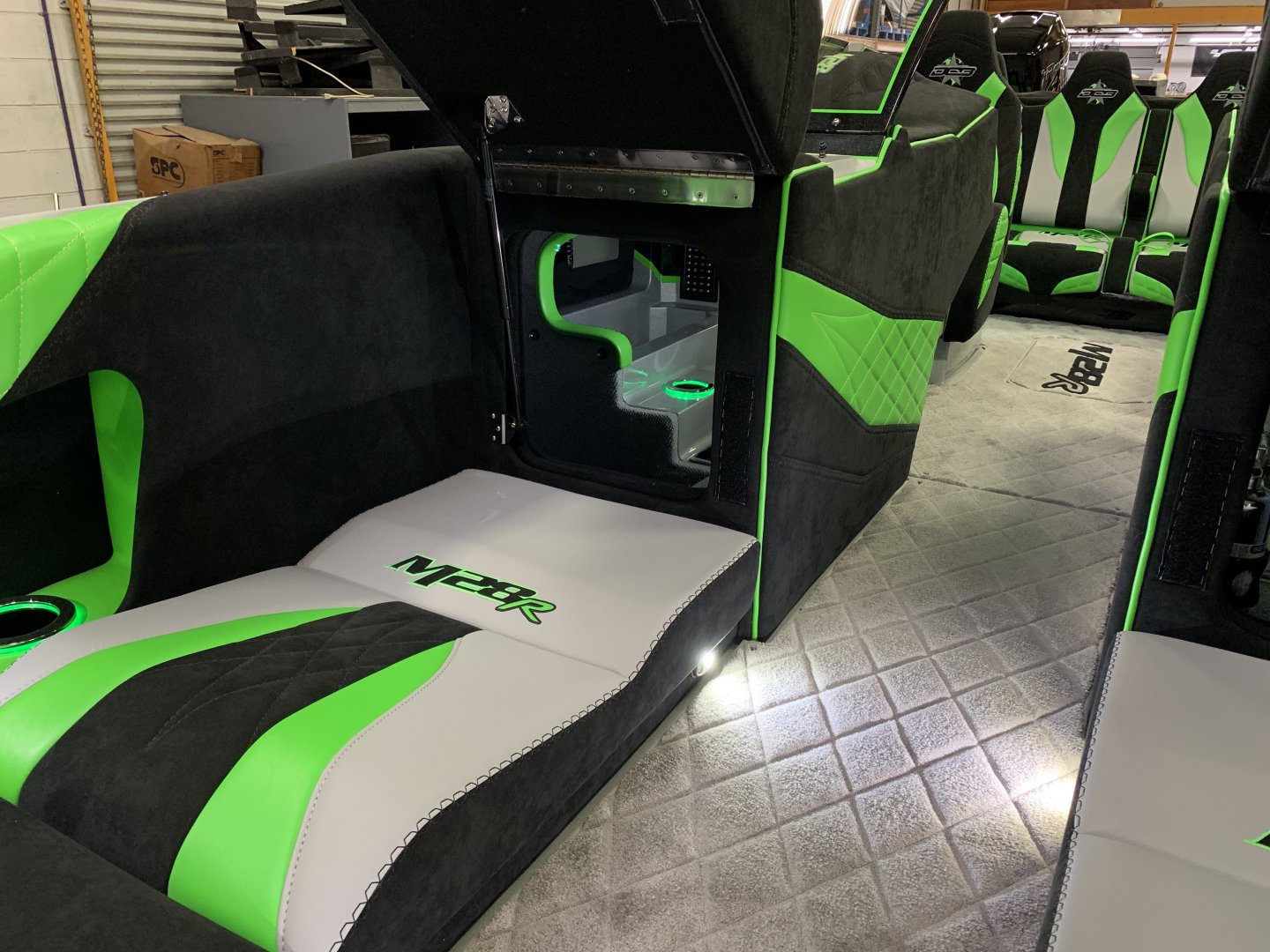 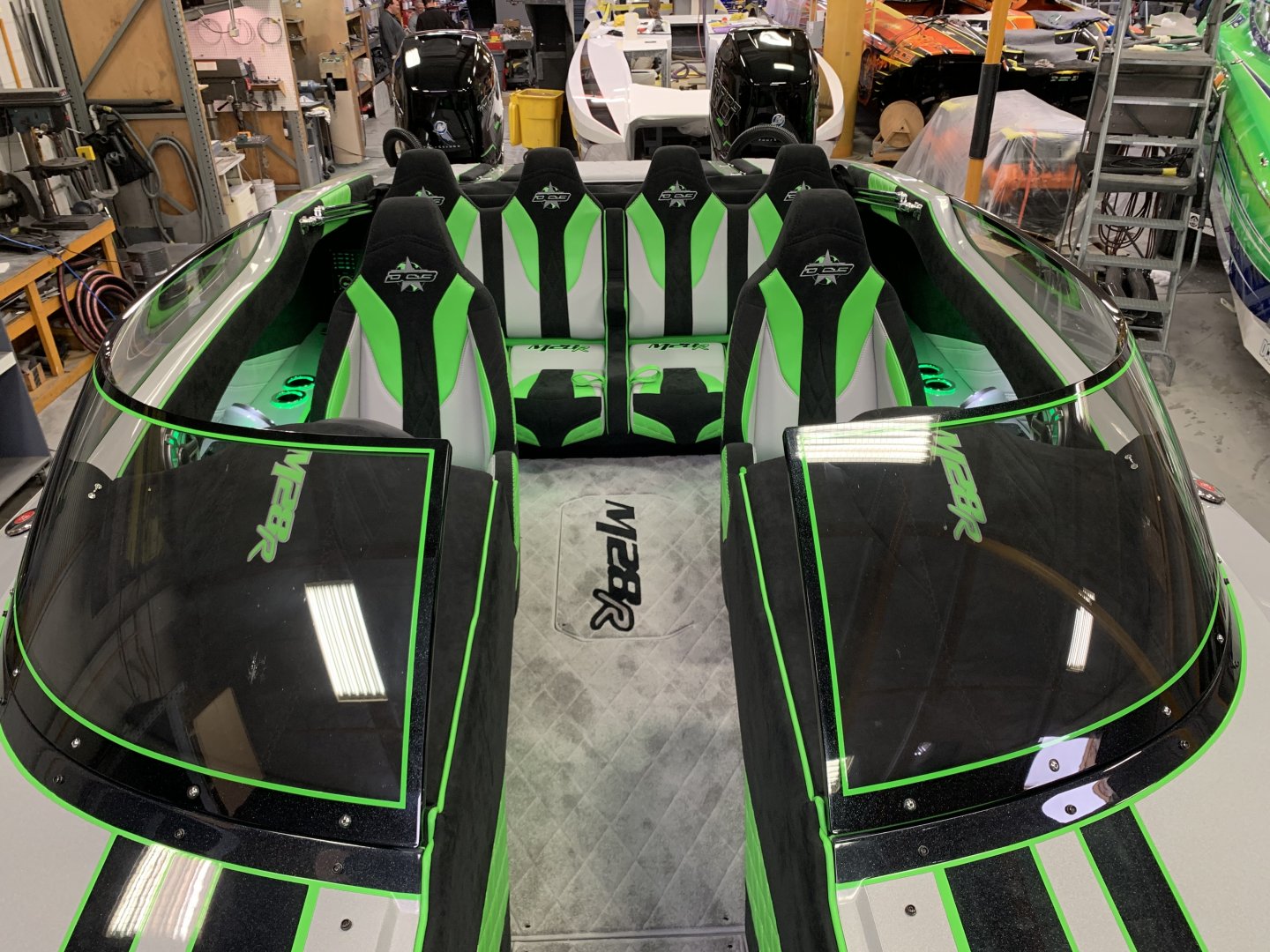 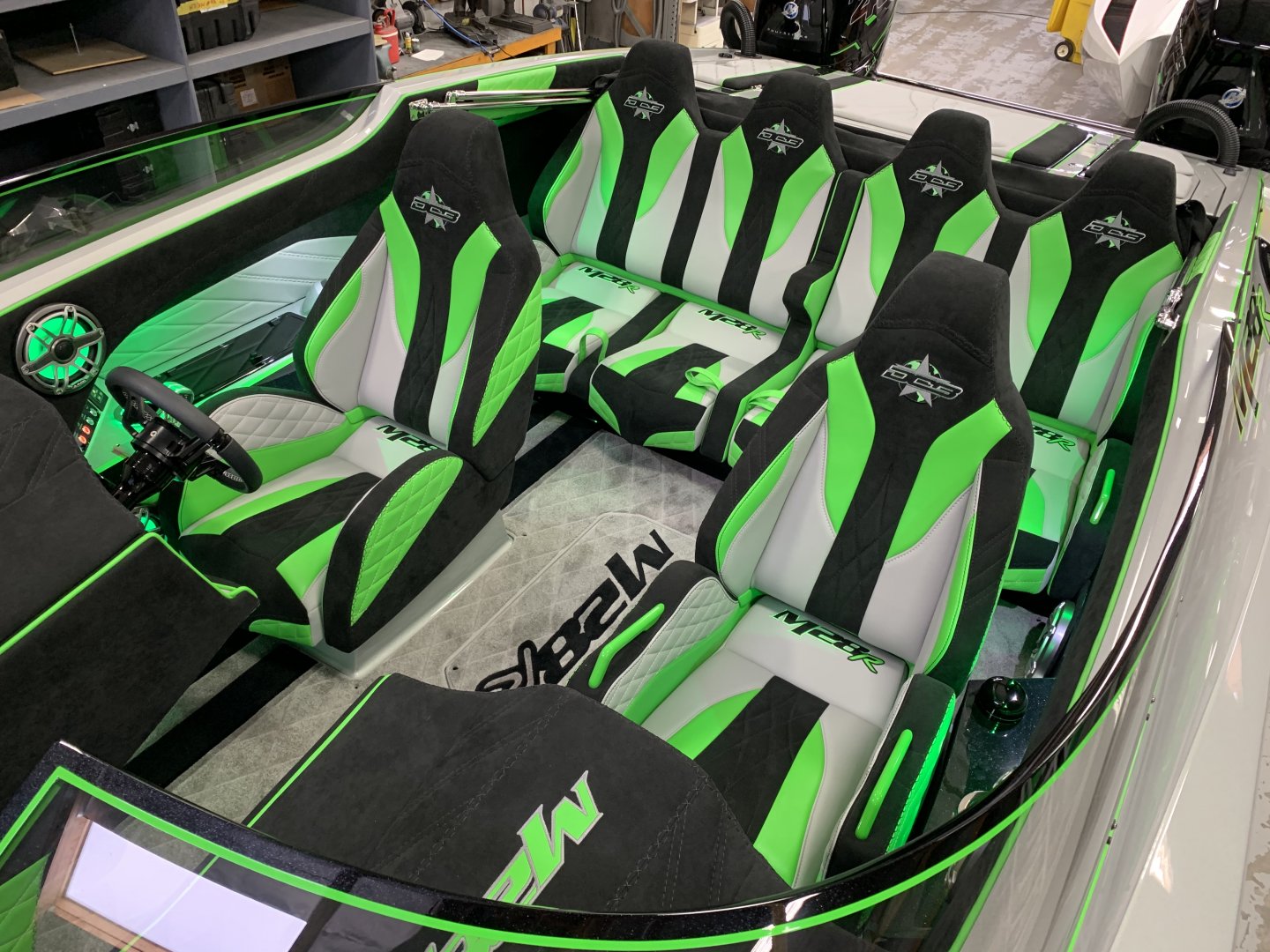 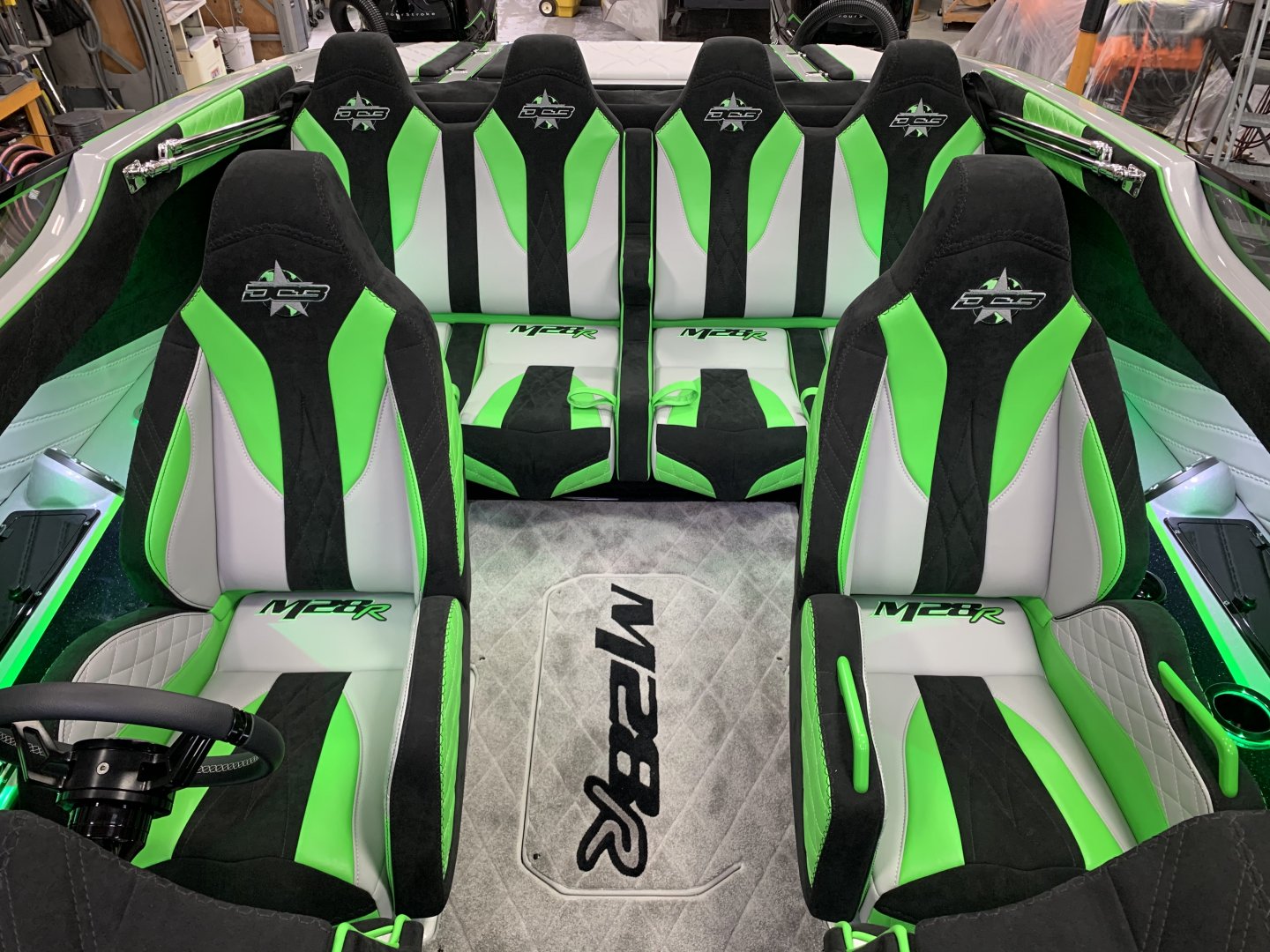 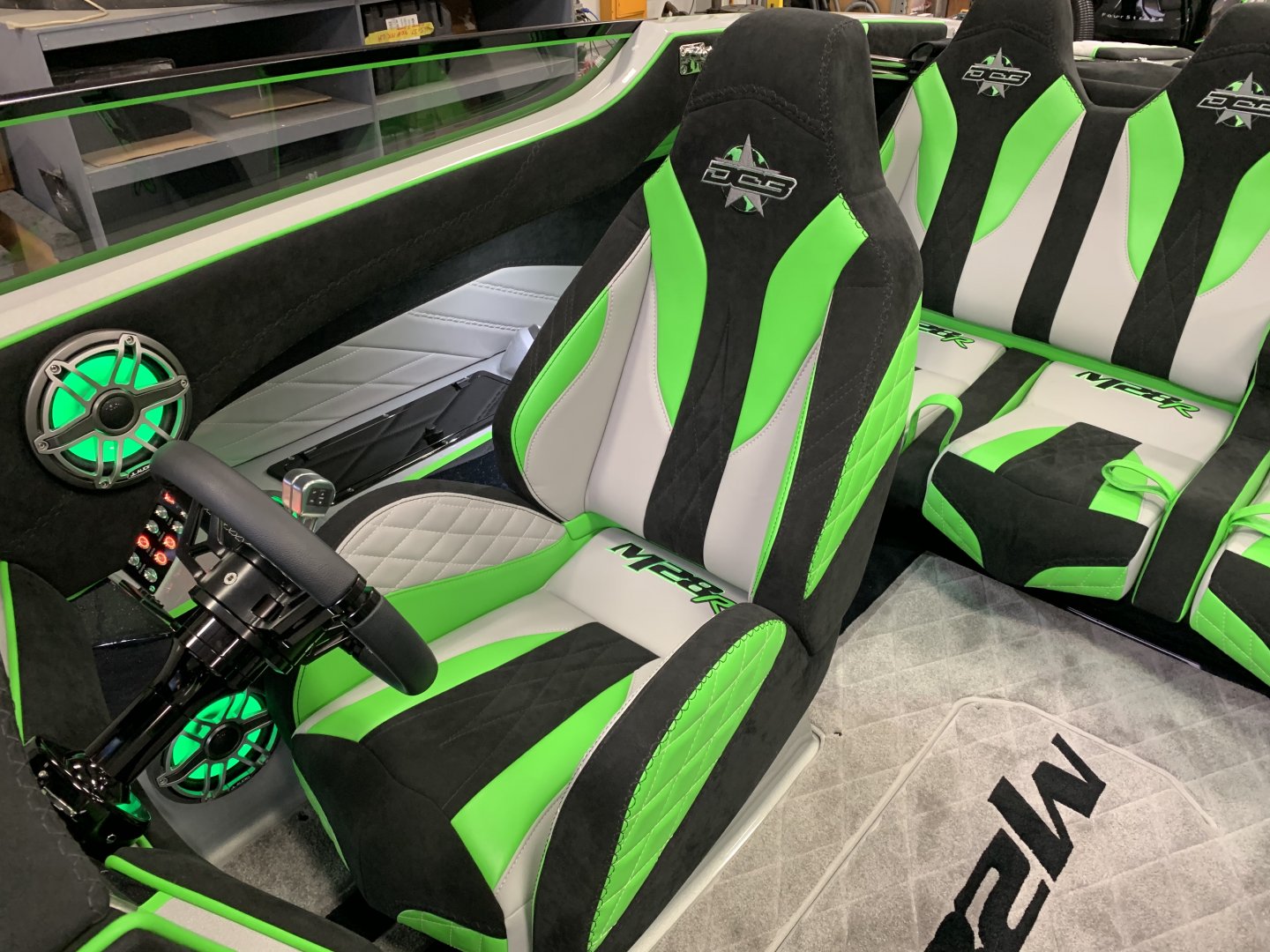 The attention to detail on the interior even up in the gunnels is somewhat inspiring! 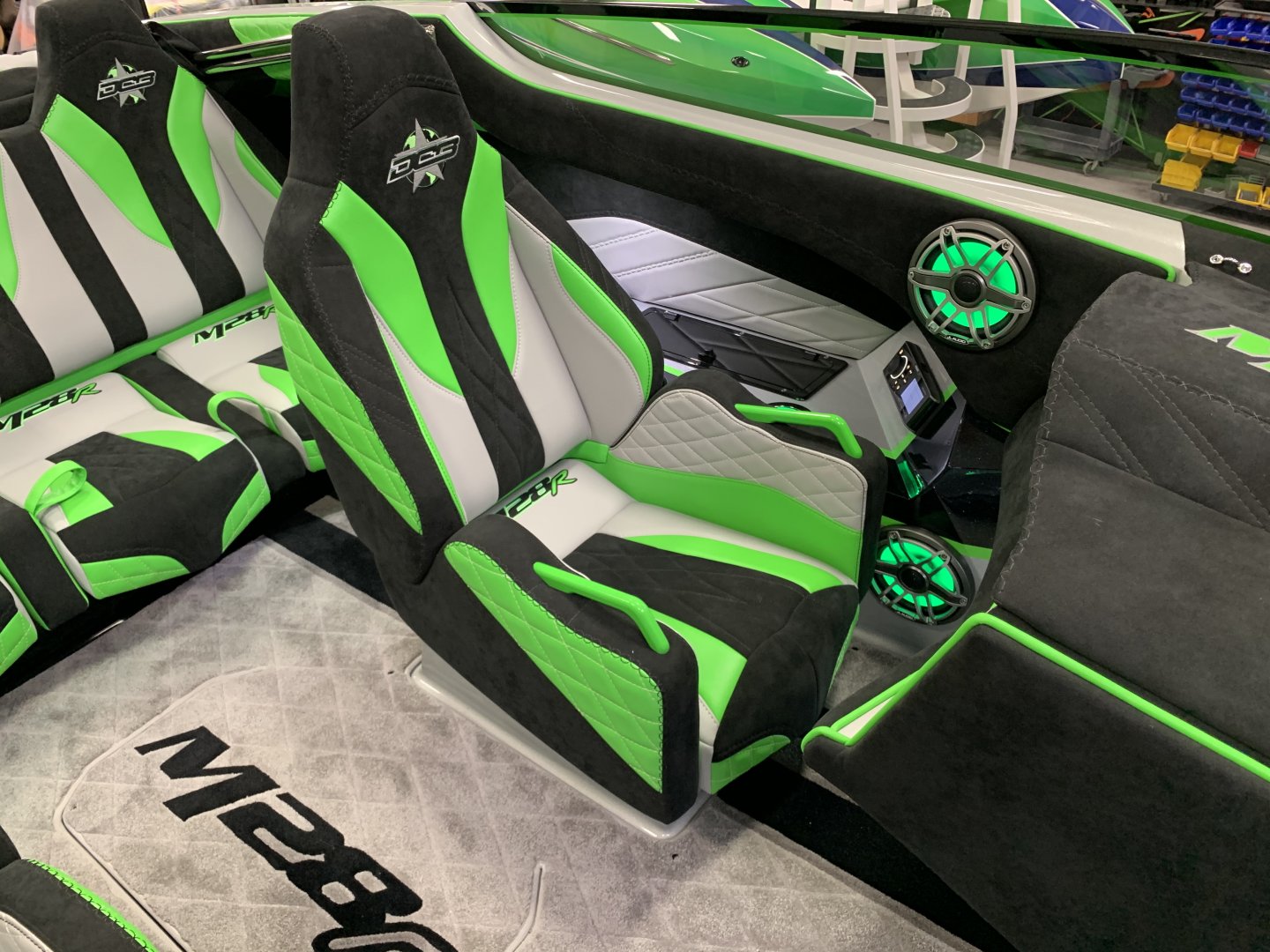 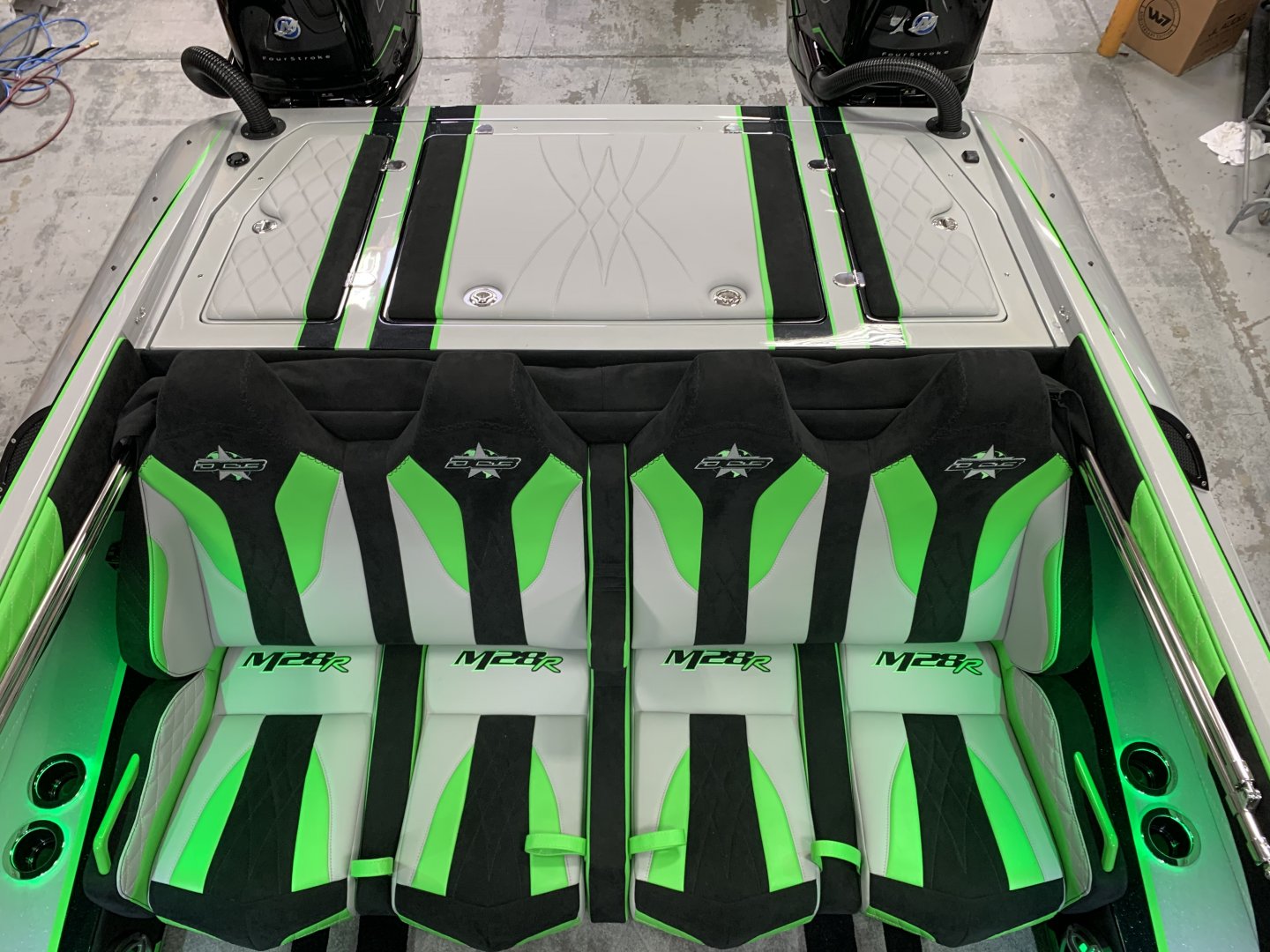 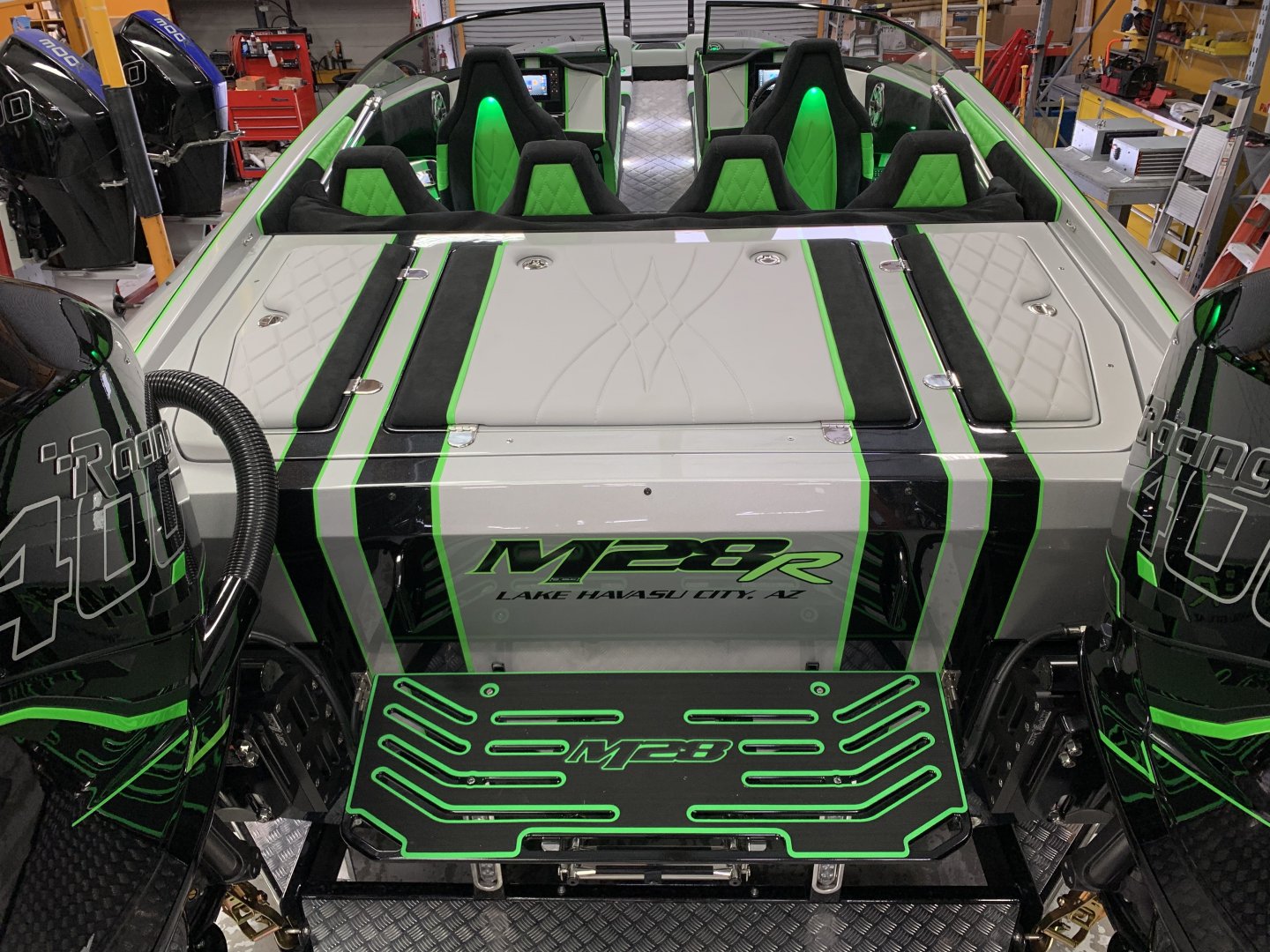 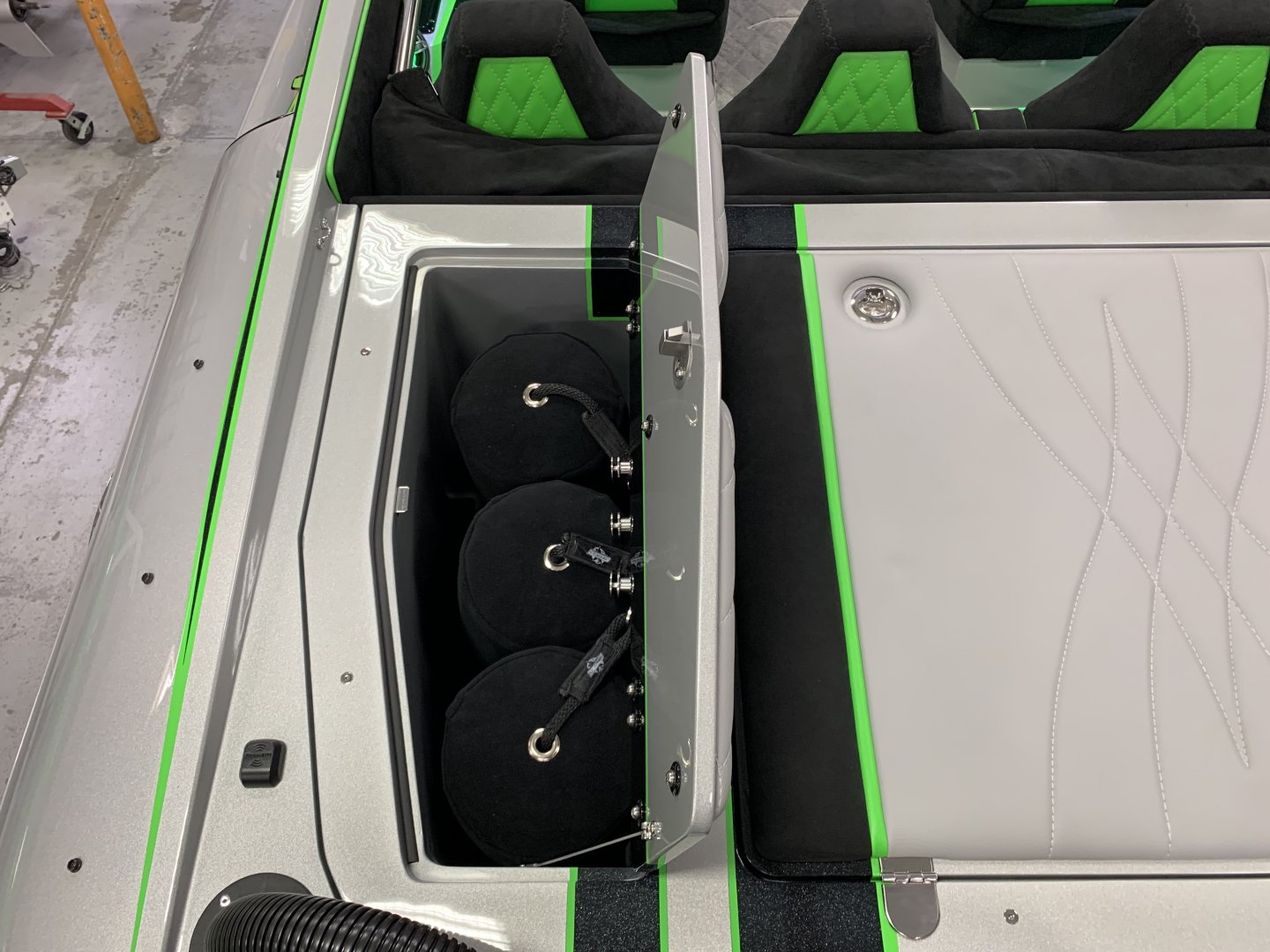 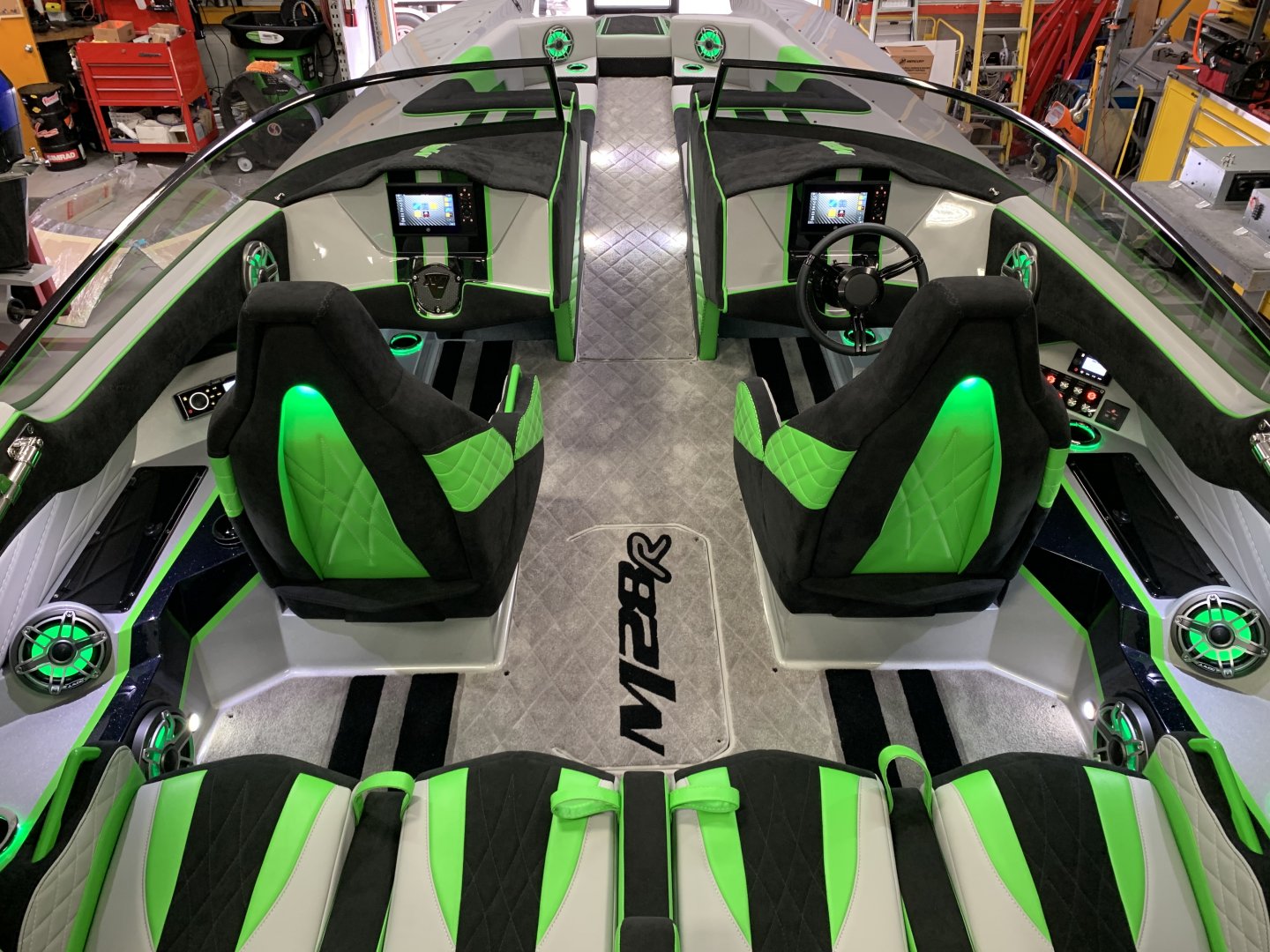 Note that interior in the gunnels wraps all the way up and underneath! (Nice touch). 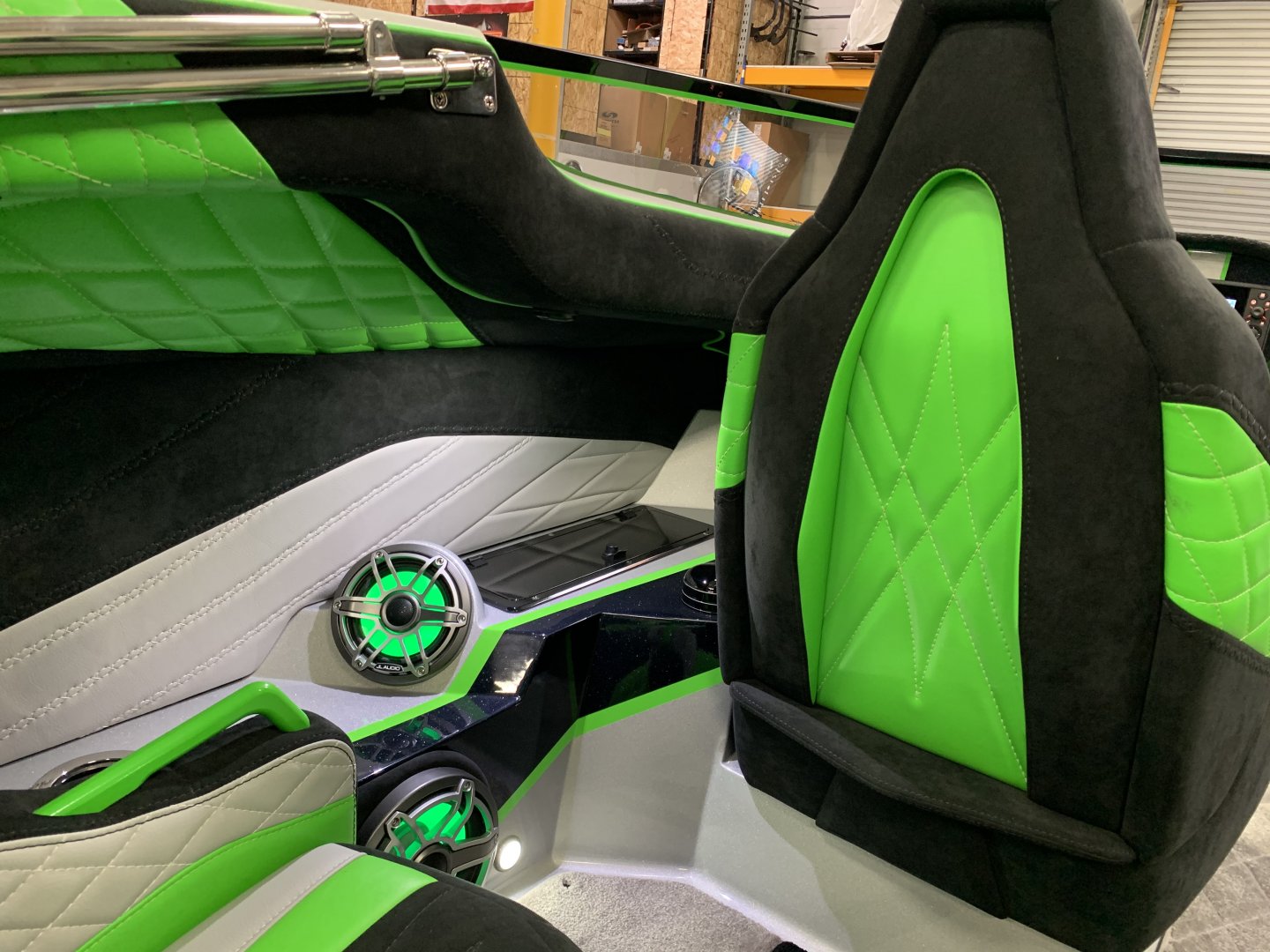 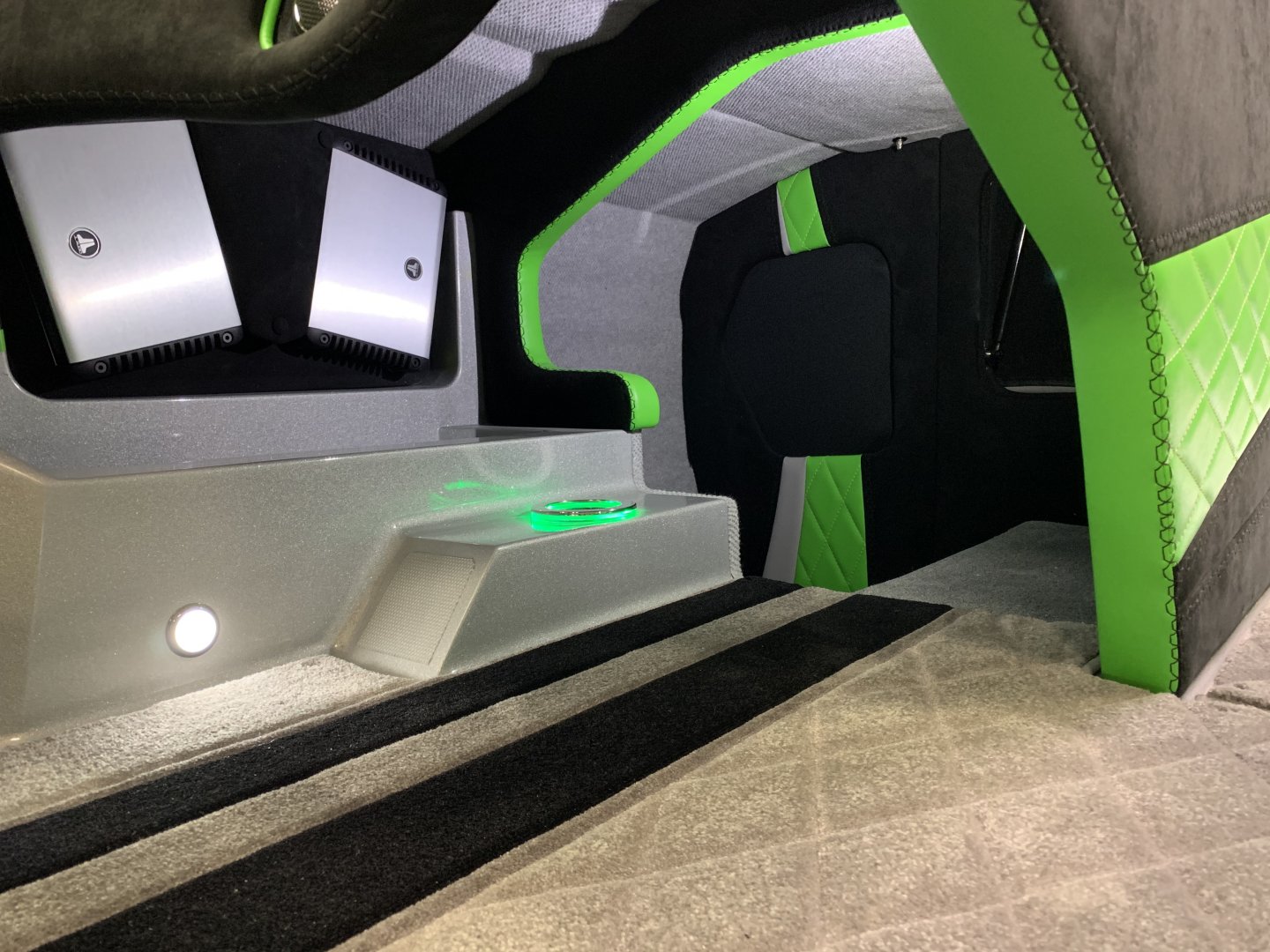 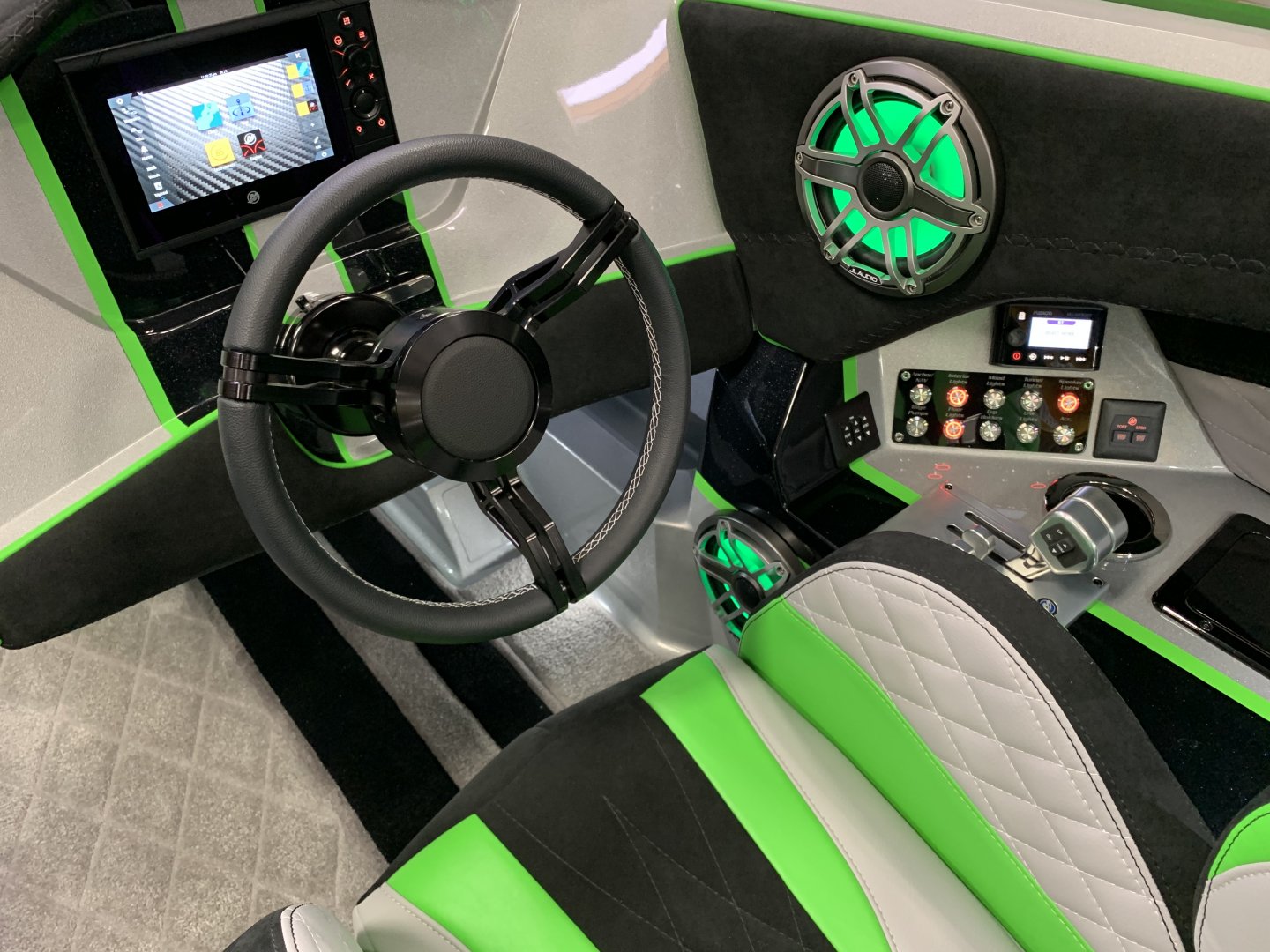 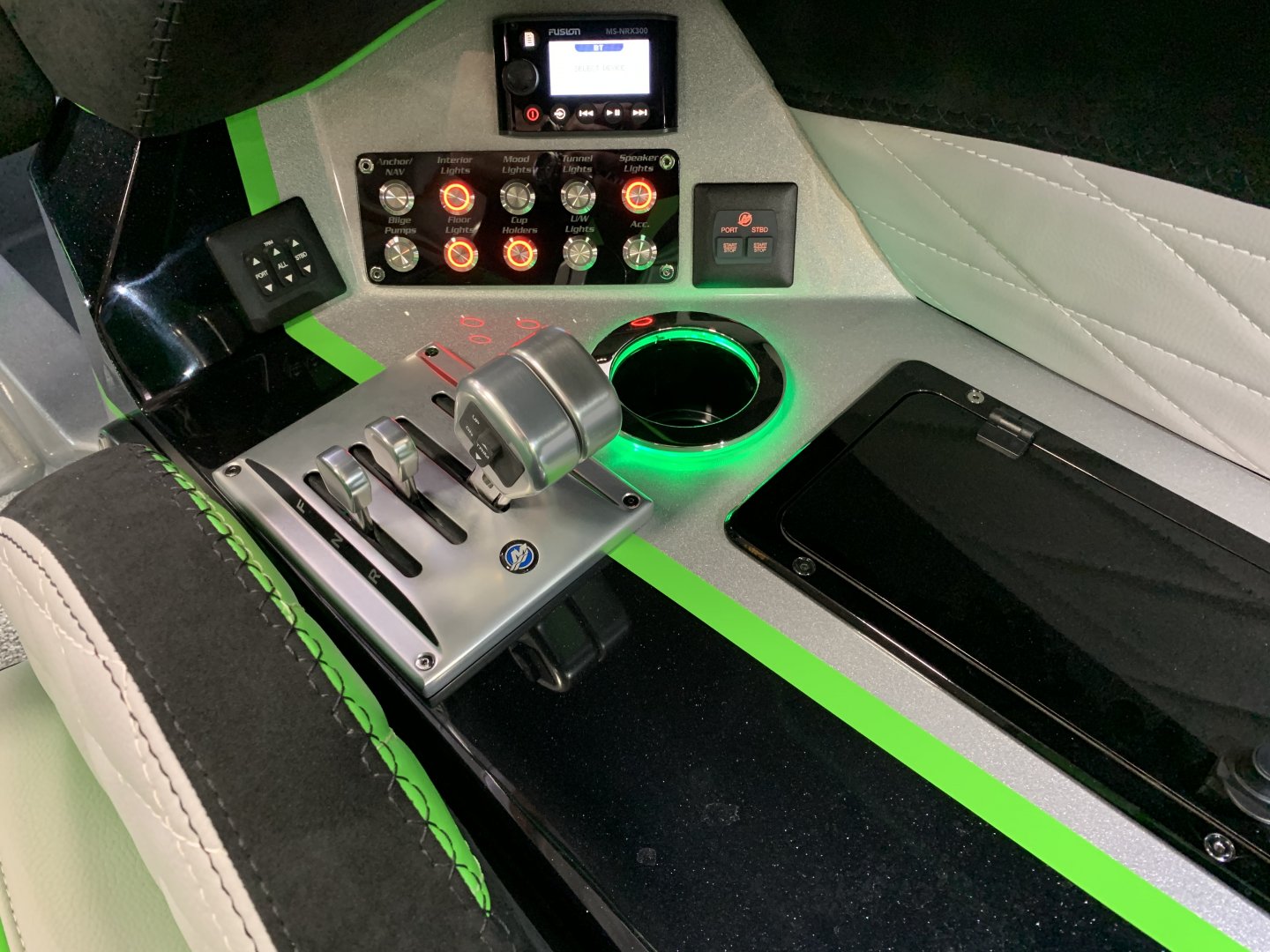 A little better shot of the helm storage! You can see there is a considerable amount of room under there. 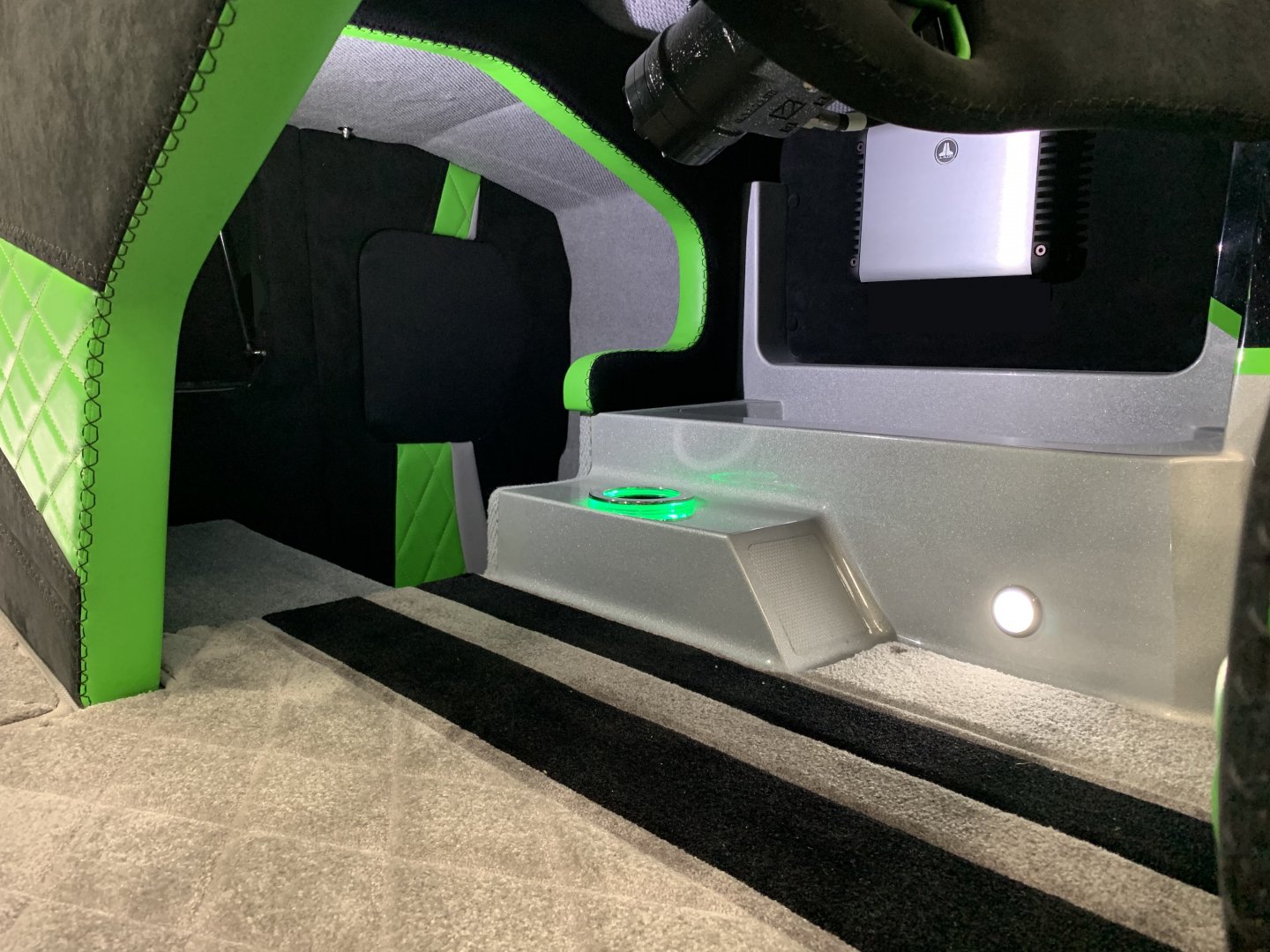 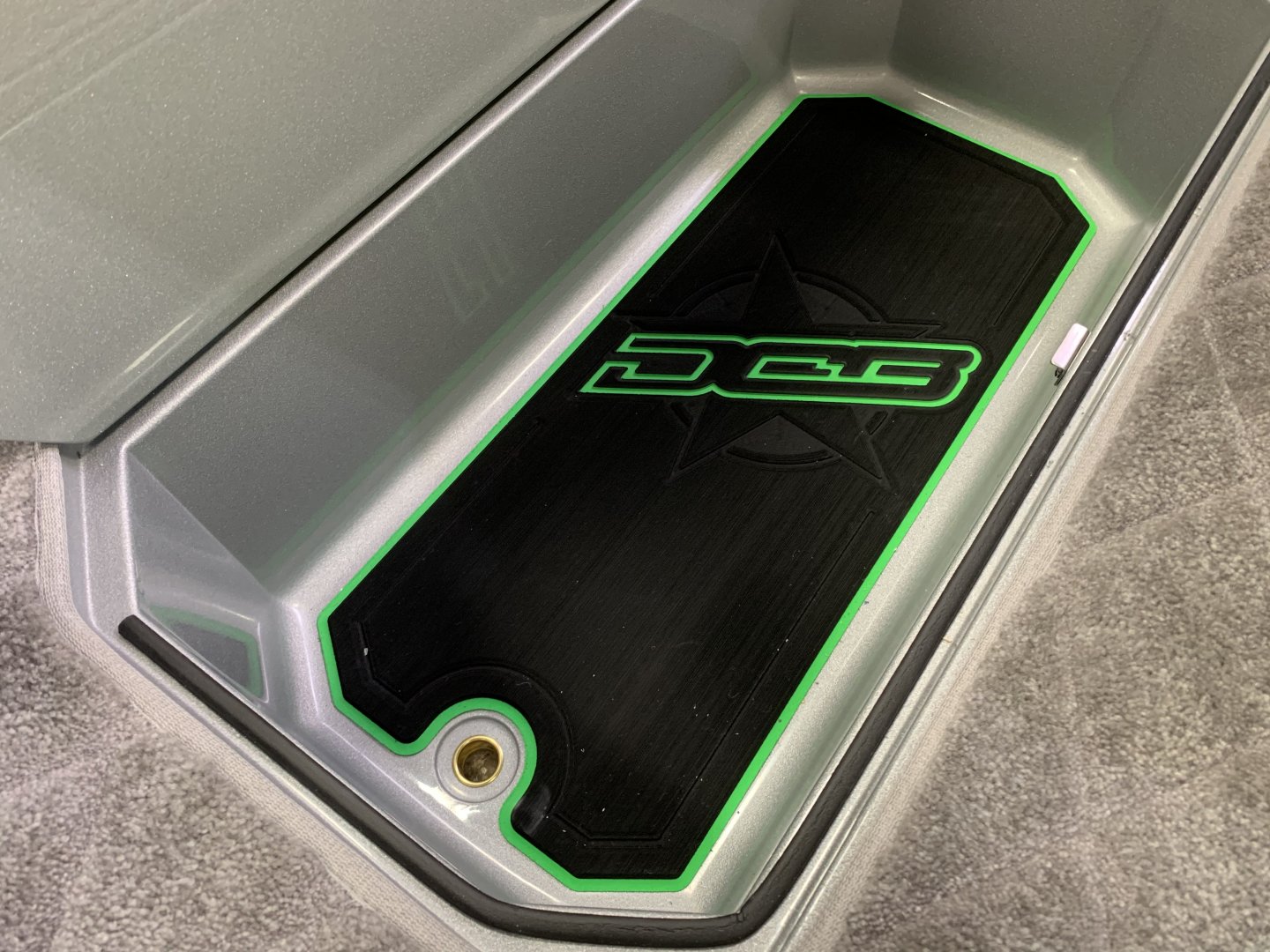 Shot highlighting the open bow and the walk off. 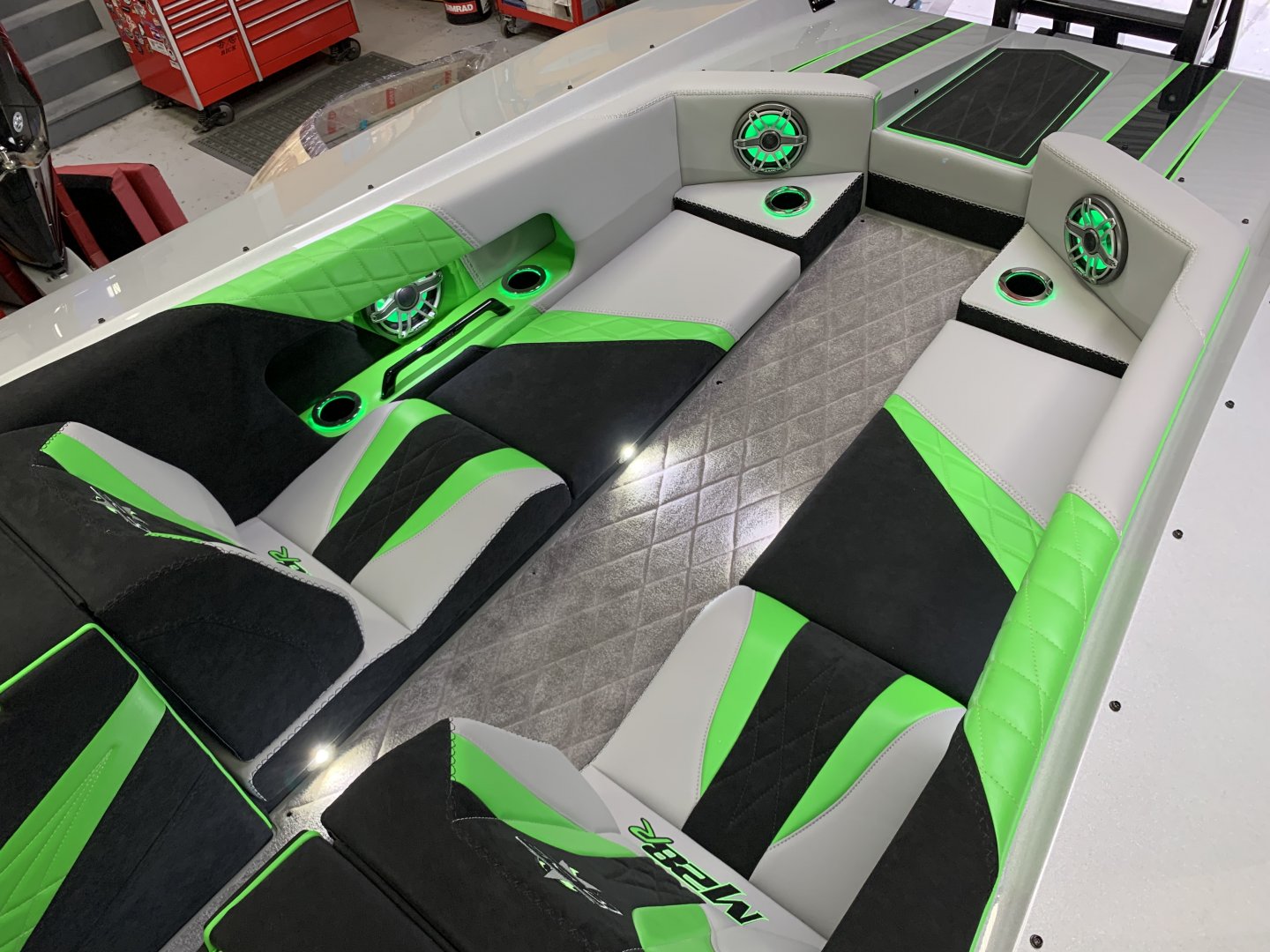 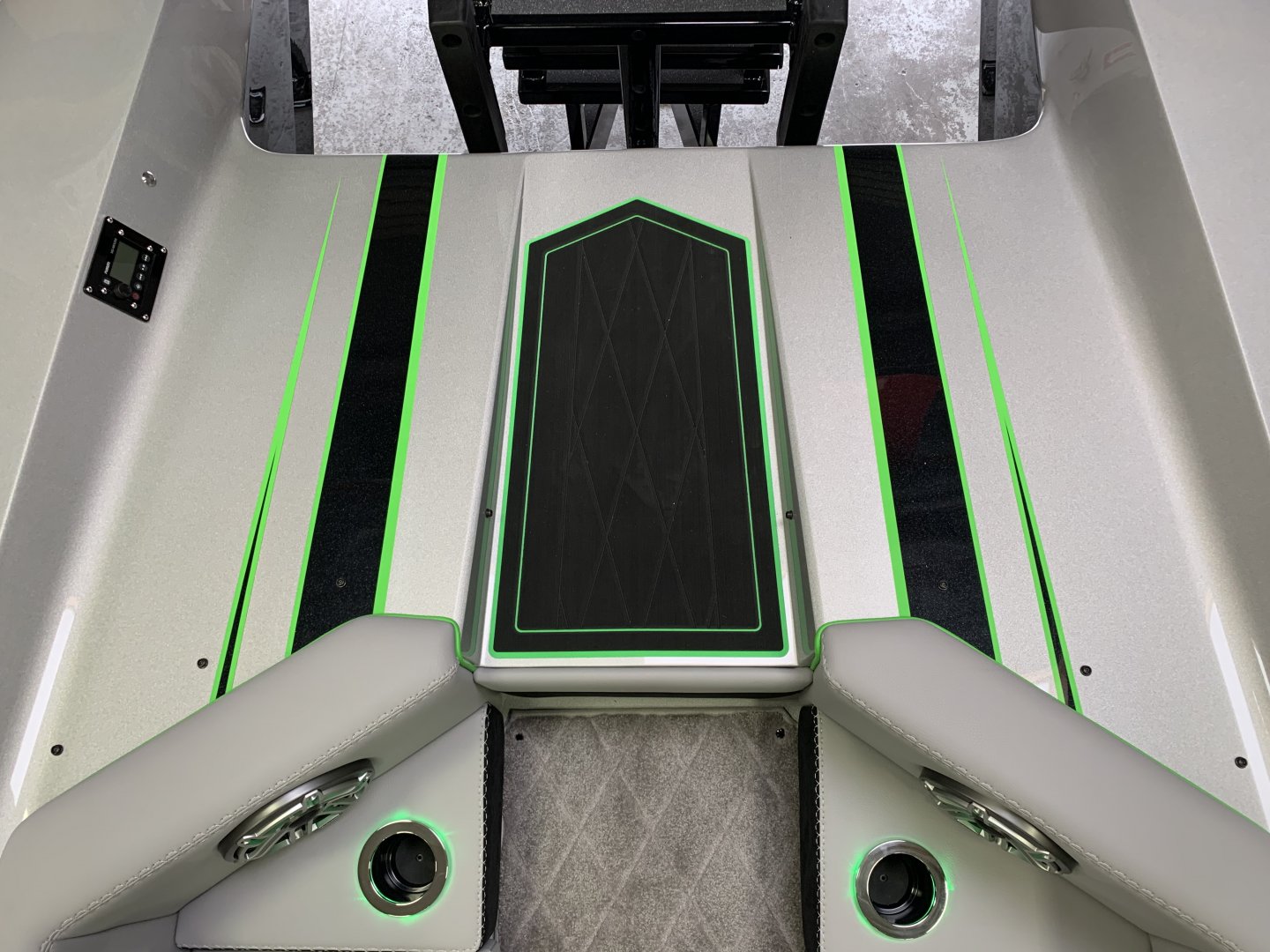 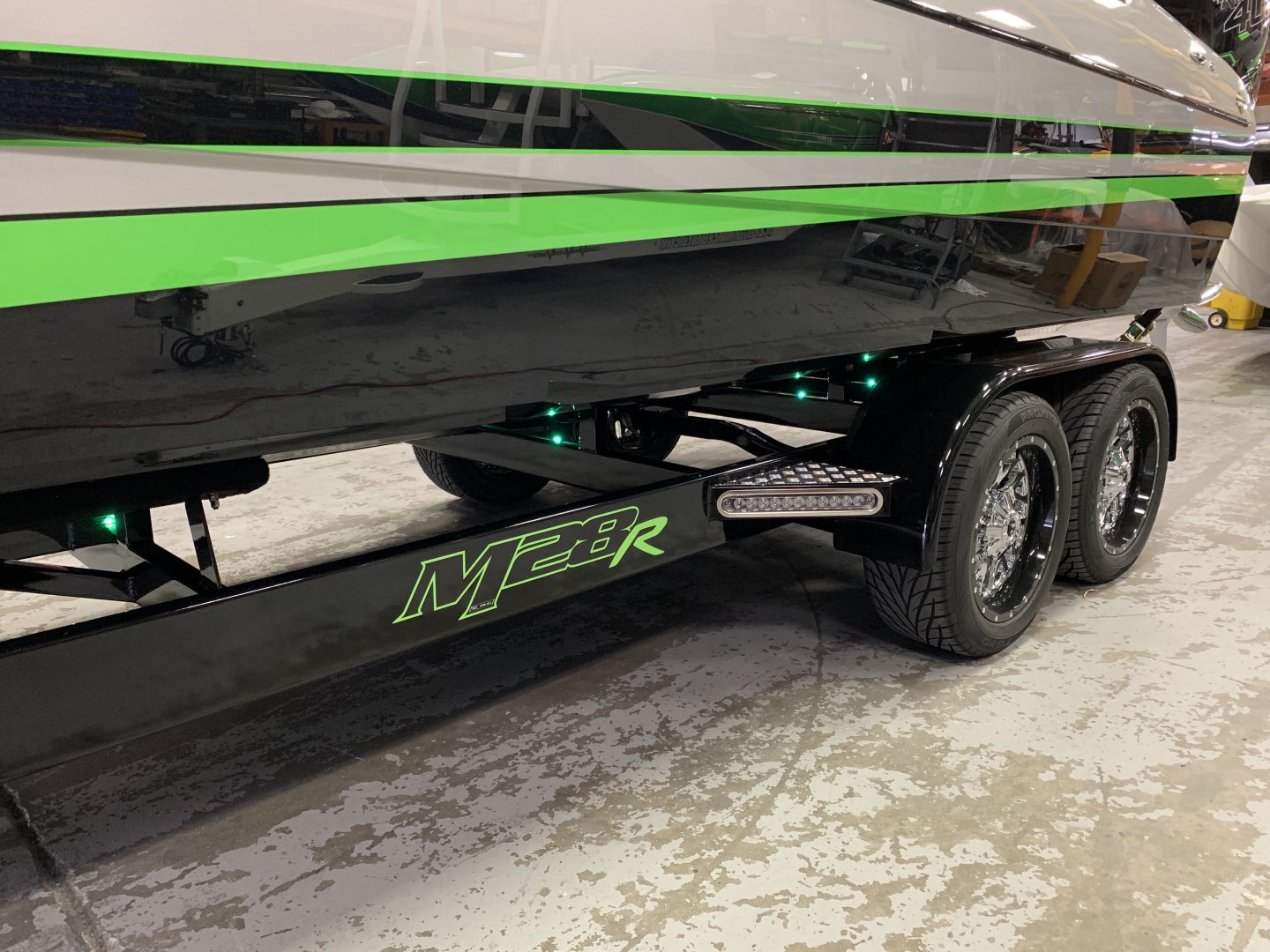 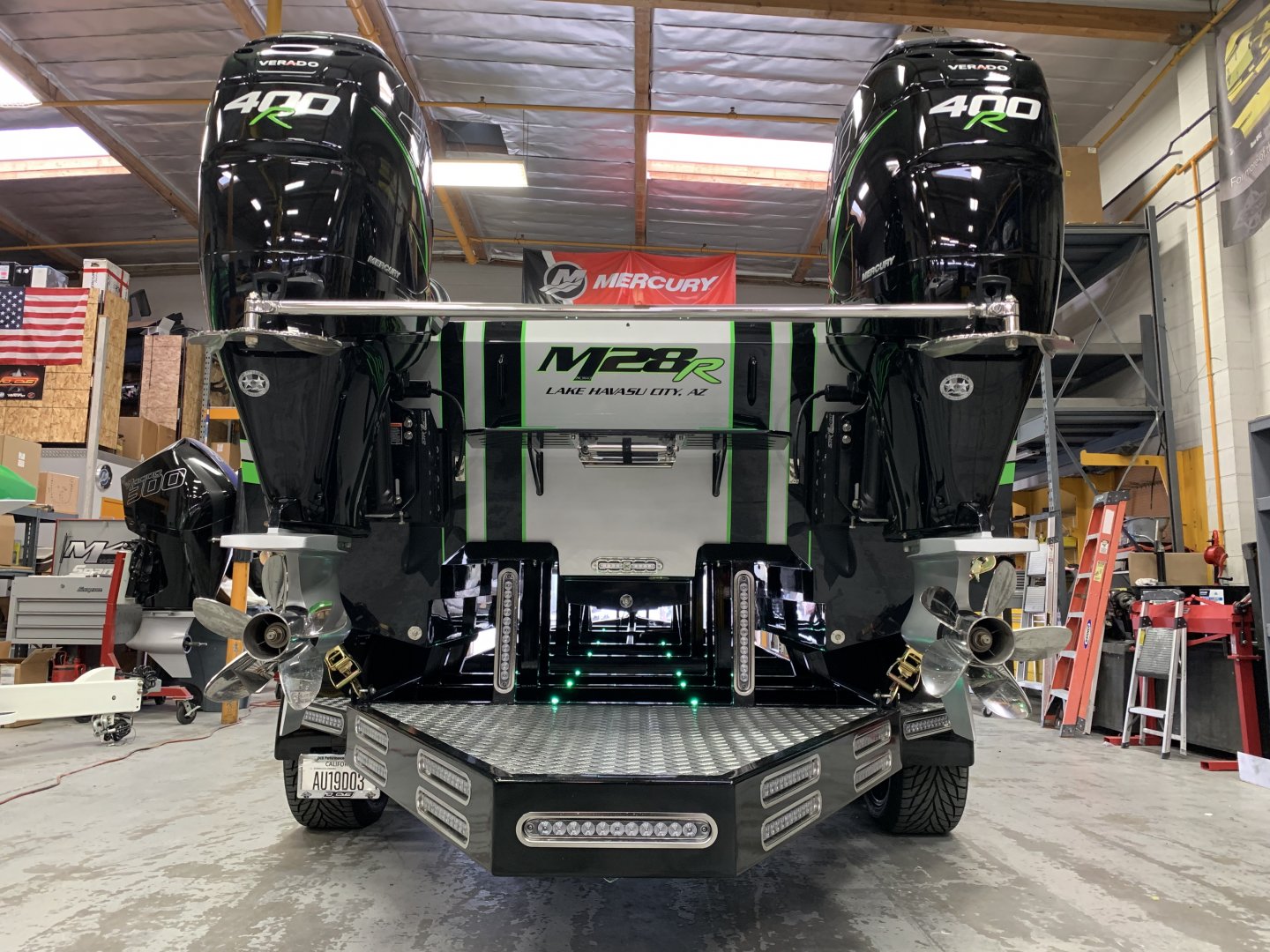 Absolutely gorgeous and functional boat! Randy should be very proud!