Article Gallery
In a quandary about how many bladed propeller might work best on your boat? Maybe this will help. 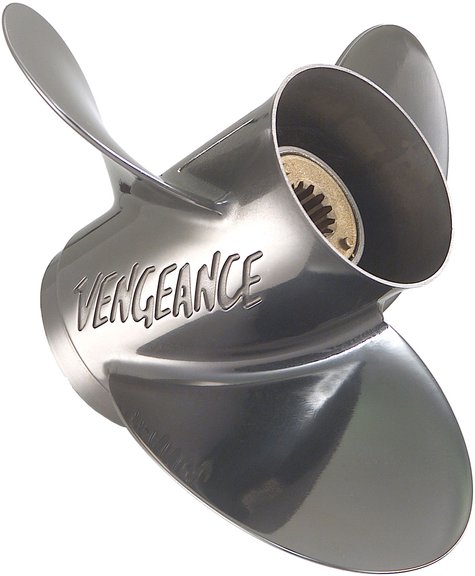 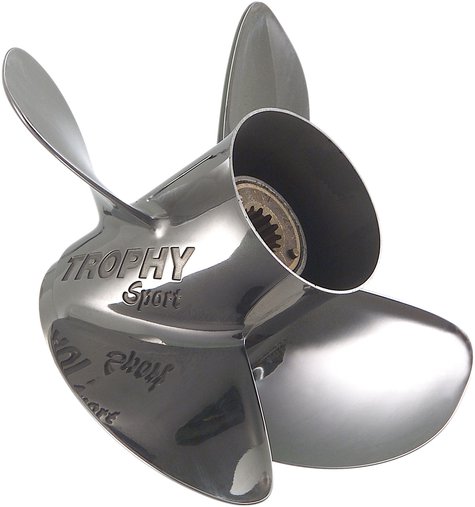 Today, however, evolving technology in the marine marketplace, constantly fluctuating and escalating fuel prices, and a shift to larger, longer, heavier boats are causing boaters to take a another look at this old and very much outdated debate. Maximum top speed is generally a less important part of the mainstream boating equation, and now practical, real-world performance is the name of the game for most boaters. So, which style of propeller should you be using, 5-blade, 4-blade or 3?

The emphasis on economy and efficiency is causing many to take a harder look at 5 & 4-bladed props. 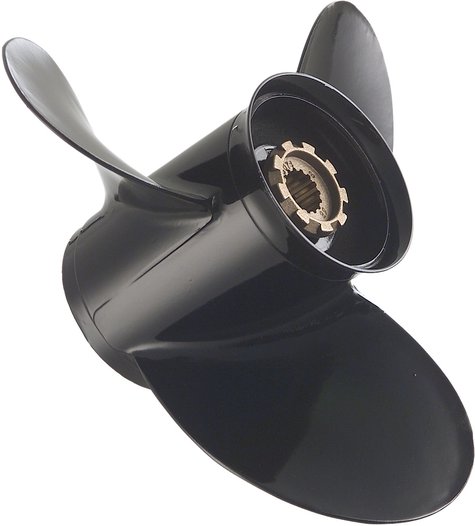 Several decades ago, the idea that 4 & 5-bladed props were slower on the top end than those with 3 blades was a general rule of thumb. But that was because many of those 4 & 5-blades were not designed with maximum speed in mind. Instead, the few designs that were available back then were intended to cure handling and efficiency issues such as ventilation, cornering blowout, excessive propshaft elevation requirements, and acceleration deficiencies. With relatively few options in blade design, and very few of them truly intended to deliver maximum to speed, 4 & 5-blade props got branded as slow, while their other performance benefits were too often minimized. 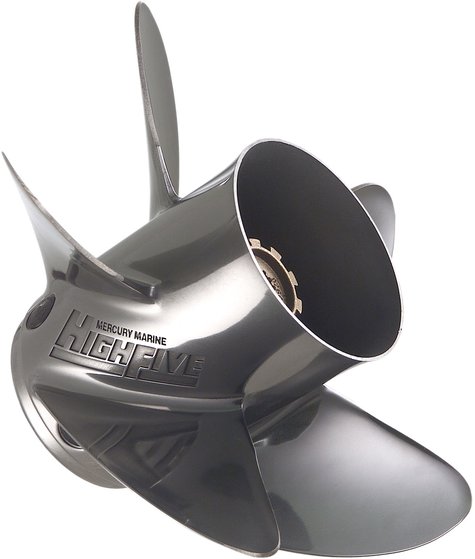 By contrast, today’s 4 & 5-blade propeller designs have evolved into both all-purpose and highly specialized geometries. These propellers can and are tailored not only to address those traditional handling and efficiency issues, but also configured to improve a boat’s overall performance range, which can, in some cases, even include better top end speed. 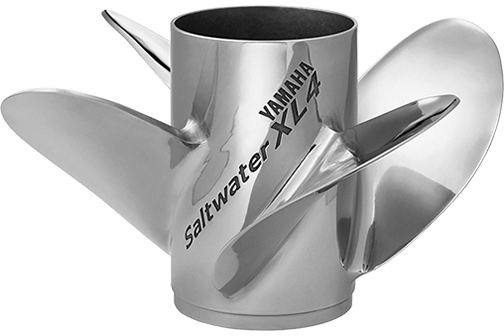 The increased blade area afforded by the addition of the fourth or fifth blade can provide increased water displacement capability, more lift, better bite and grip, as compared to a conventional 3-blade propeller.

In terms of actual boat performance, these characteristics can combine to enhance:

In short, a 4 & 5-blade propellers can improve all those characteristics that make for practical, all-around better boat performance. 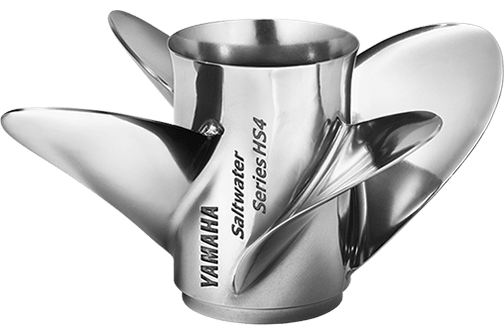 So, why might a 4 & 5-blade prop generally be slower than its 3-blade counterpart? To be honest, many 3-blade/4-blade/5-blade top speed comparisons are simply not equitable. That’s because the respective propellers in question are simply different styles, designed with different purposes in mind—different diameters, different rakes, different blade thickness, more or less trailing blade edge cupping, and different blade shapes. Also, thru-the-hub or over-the-hub exhaust makes a difference. 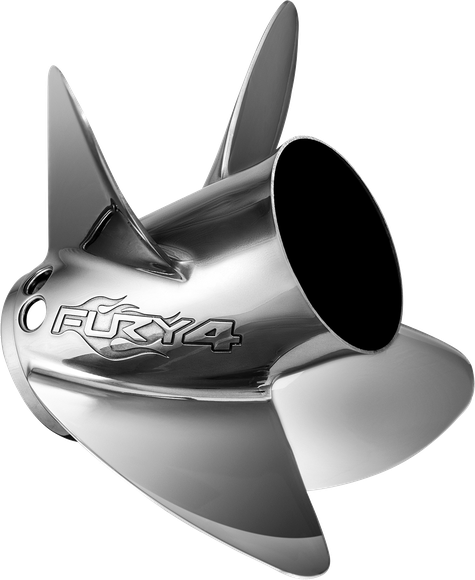 However, for comparison purposes, if we take two propellers, identical in design (blade shape, diameter, rake, cup, etc.) that are appropriate for a given application, and simply add a propeller blade, we get a truer representation of just where the difference lies.

The addition of the extra blade, or two in some cases, causes increased drag, which, in turn, requires more horsepower in order to achieve the same rpm. Since horsepower should be considered a constant for a true comparison, rpms will marginally drop, when switching to a 4 or 5 blade and speed will tend to drop accordingly. This is why when going from a 3-blade to a 4-blade or a 5-blade, the pitch is reduced at least an inch, or more, in order to keep rpm parity. It is this difference in pitch size that causes potential speed differentials between the 3, 4 and 5-blade props. 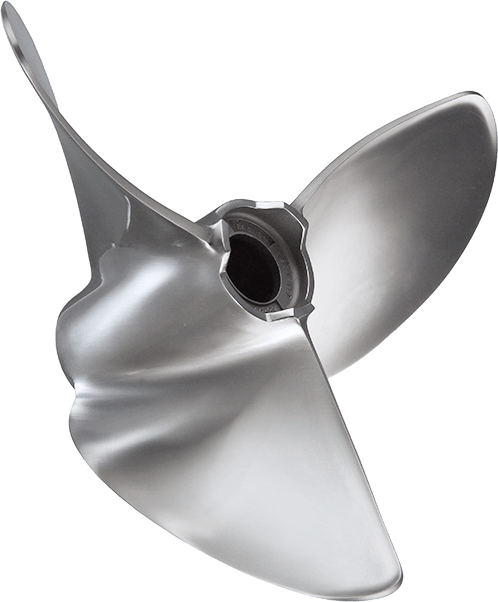 For example, if a boat with a 3-blade 25-pitch prop is able to achieve a maximum full throttle rpm reading of 5,000 (the recommended max engine redline) and 60 mph, a switch to a 4 or 5-blade prop will most likely require a 23-pitch in order to reach that same 5,000 rpm level. And in doing so, the 23-pitch is only theoretically capable of propelling the boat to a top speed of 57-58 mph.

As to an actual speed loss between the two, in many cases, it is generally small (about 1-3 mph). The reason is, although the 4 & 5-blade are one to two-inches lower in pitch, the boat runs more efficiently than with the 3-blade, allowing it to closer approach its theoretical speed (100% efficiency) than the 3-blade, thereby, narrowing the gap presented by the pitch differential (reduction). 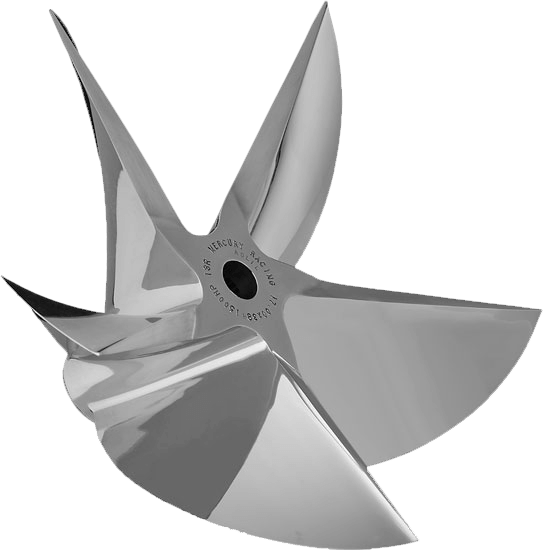 As more is learned about what makes a propeller work or not work, and about how boats and motors perform and do not perform, propeller engineers have designed propellers that address the inherent strengths and weaknesses of each blade configuration. These propeller designs have become increasingly more efficient and more specialized as hull designs and marine engines have evolved.