Lake Havasu Water Levels Steady For Now, But Could That Change in the Future?

A week ago, I posted an article about the improbable solution to ease the woes of western states drought conditions. The notion of constructing a several thousand mile long water pipeline from the Great Lakes to the west seems like nothing more than intriguing fiction. A project of that magnitude would be enormous by itself, not to factor in the mountains of political red-tape to get an approval from all the governmental and private sector entities involved in such a plan. It might be easier and more cost effective to build a series of desalination plants along the Pacific Coast from San Diego to Seattle to solve the problem. 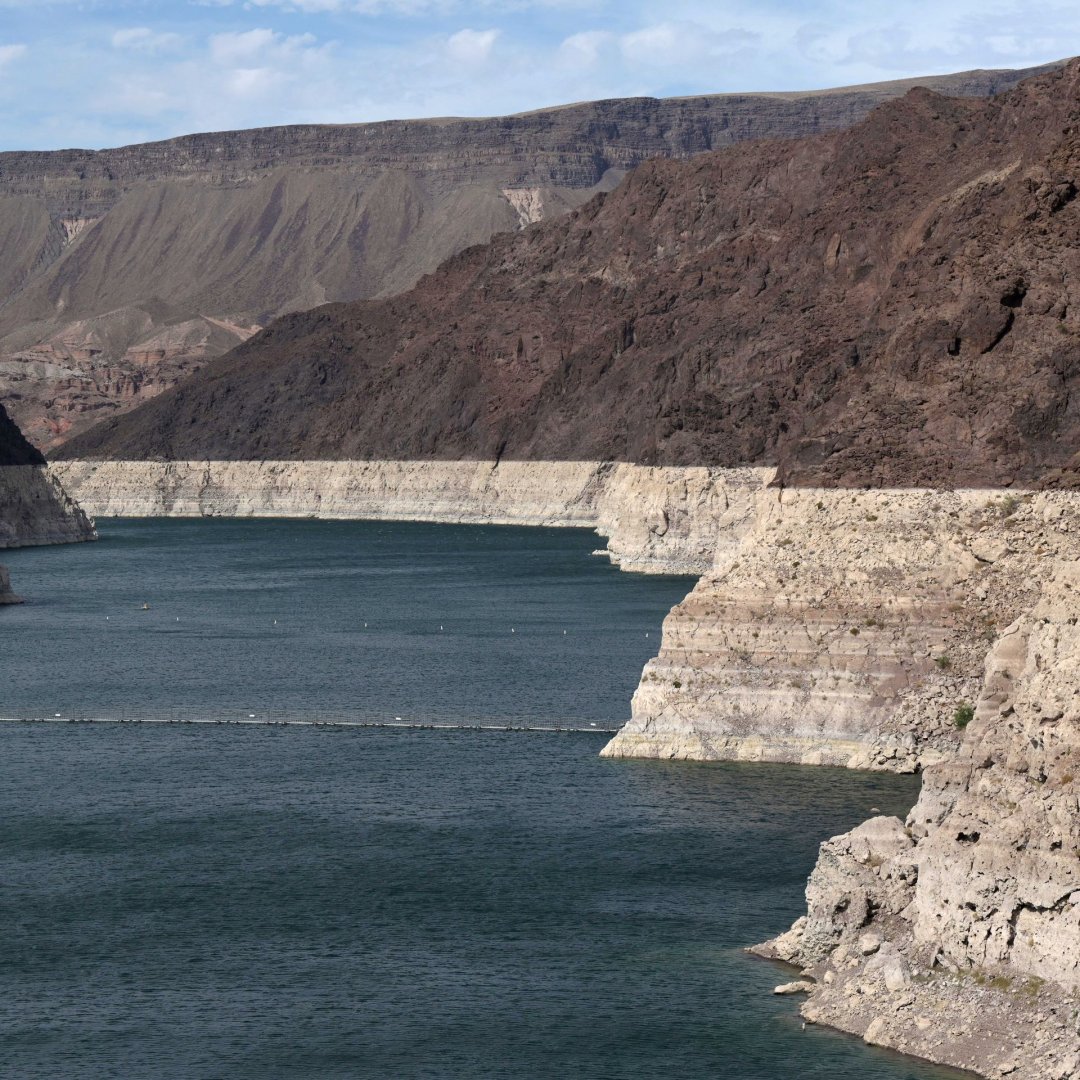 A recent article that appeared in the Today’s News Herald newspaper by Daisy Nelson, however, did raise some more immediate concerns for Colorado River water supply which could affect the consistency of Lake Havasu water levels in the future.

According to the article, for the first time in history, a tier one water shortage is expected to be announced for the Colorado River on August 16 by the Bureau of Reclamation, when its next scheduled monthly report is published. There are two tiers that follow – and with each new tier comes new cutbacks in water supply availability.

While the declaration of a water shortage isn’t official yet, it’s “no surprise” that the declaration is coming, according to John Fleck, director of the University of New Mexico Water Resources Program.

However, while Lake Mead’s water supply will continue to plummet for a while, Lake Havasu’s water level should remain steady.

Fleck explained that Havasu was originally created “to ensure a stable surface” for the Whitsett Intake Pumping Plant to draw from. The plant, located just north of the Parker Dam, delivers water to the Metropolitan Water District — serving about 19 million people in the Los Angeles, San Diego, San Bernardino, Orange, Riverside and Ventura counties.

Because of this, Lake Havasu levels shouldn’t fluctuate from normal— even with the impending water shortage declaration.

The declaration means Arizona won’t be able to take as much water from the Central Arizona Project’s Mark Wilmer pumping facility, located just around the river bend from the MWD’s plant. It also means that Lake Mead will release less water.

“Less coming in and less going out means stable levels for Havasu at this time,” Fleck said.

Havasu’s water level is always kept between 445 and 449 feet, according to Kristen Johnson, Colorado River manager for the Arizona Department of Water Resources. 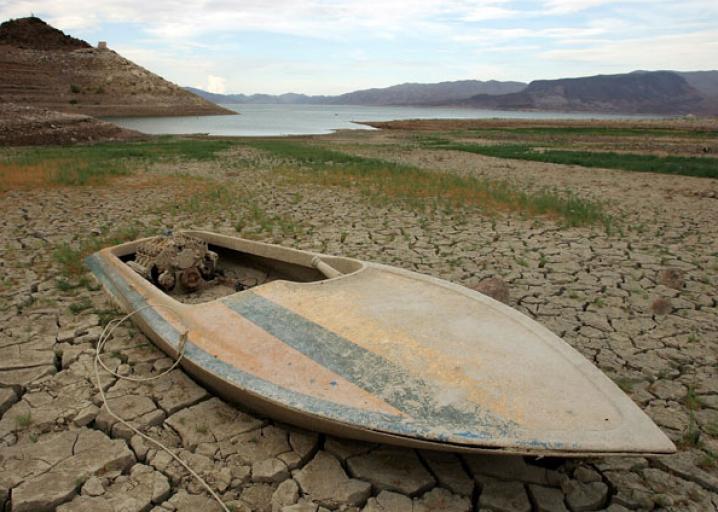 It wouldn’t be until the water shortage surpassed Tier Two and Tier Three declarations — meaning Lake Mead’s water level drops below 1,025 feet — that Havasu would start seeing an impact.

“Further drops in lake elevation will prompt a conference between the Bureau of Reclamation and the affected states for negotiation of options, which could include implementing a second tier of shortages that effectively bars all water deliveries to fourth priority users in Arizona such as Lake Havasu City,” according to the city’s 2020 Water Conservation Plan.

The city’s plan states that if water shortages are declared that affect Havasu residents, five basic strategies would be launched to address water supply reductions at that time.

As for California’s share of water, the Tier One shortage declaration won’t have any effect on the amount the MWD can pull from the river. If the shortage increases to a Tier Two declaration, however — if Lake Mead levels drop under 1,045 feet — California will be required to make contributions to the supply.

“However, we are one region, and we are working collaboratively with our partners in the Colorado River Basin to come up with solutions to promote long-term sustainability,” Maritza Fairfield of MWD said.

MWD has been “banking” water in Lake Mead for years, allowing them to start pulling more water from the Colorado earlier this year to combat the severe drought their area also faces.

“In addition to alleviating drought impacts on Lake Mead, our storage in the reservoir has allowed us to pre-save water, so that if a Tier Two shortage is declared, we can contribute some of that stored water to the Colorado River system as part of the Drought Contingency Plan agreement,” Fairfield said.

The water shortage isn’t a new problem, though it has reached a drastic point. 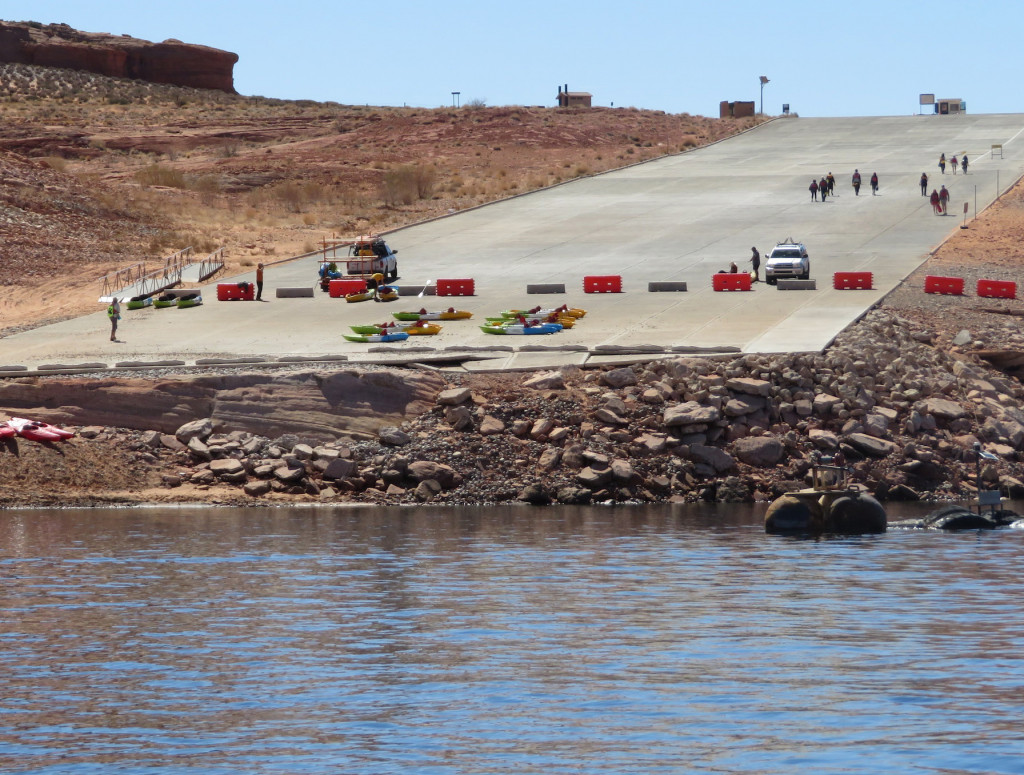 “The Colorado River basin has been experiencing a prolonged drought for more than 20 years,” Kristen Johnson said. “Those drought conditions have caused a steady decline in the two major reservoirs, Lakes Mead and Powell. Without wet hydrology to replenish the reservoirs, the basin finds itself in an all but certain shortage condition for the first time.”

“Demand has either stayed the same or decreased over the years,” he said. “Residents have been successful at conserving water. But the inflow is decreasing at an alarming rate due to the lack of rainfall and snowpack.”

It’s been a dry year, what little rain and snow has fallen dries up quickly.

“With warming temps thanks to climate change, snowmelt is evaporating quickly, and there’s less water in the rivers as a result,” Fleck said.

Thirsty plants are also drinking up more of the water, and the dry soil soaks up any that’s left like a sponge.

“Climate change is driving temperatures up,” Fleck said. “This is not a problem that is just going to go away. We can’t just expect a wet winter to solve it.” 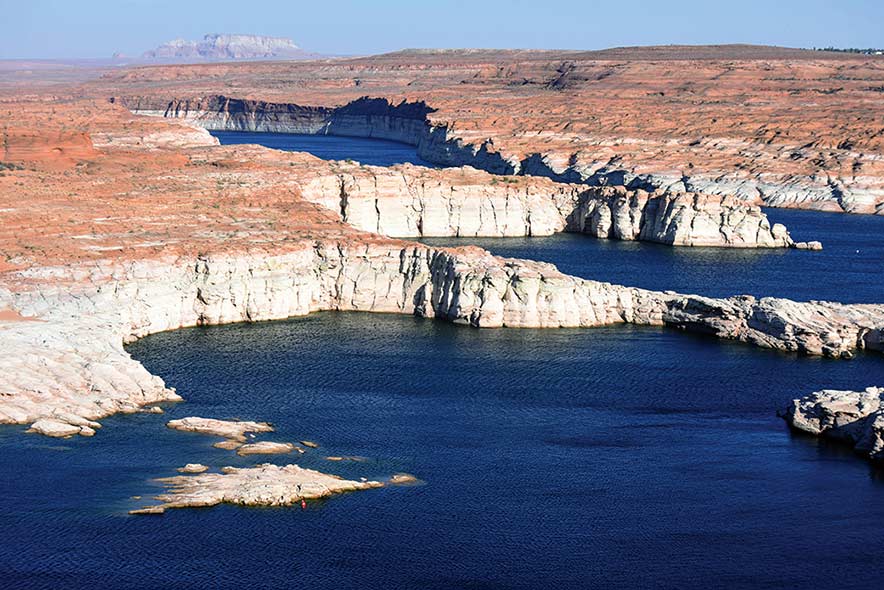 Based on statements made by many in academia and government, they believe ‘climate change’ is real and must be dealt with sooner than later. The question is whether those solutions will be reality based supported by scientific fact rather than assumptions and unreliable modeling.

Anything we do today to combat climate change won't have an effect for decades. If the US had a carbon neutral footprint tomorrow other countries are still going to increase theirs and the greenhouse gasses will continue to climb.

If the drought continues, and it is likely to, either a big pipeline or desalination plants up and down the coast are inevitable.
You must log in or register to reply here.