Article Gallery
The last day of the LOTO shootout opened up in complete contrast from the day before, with bright sunshine and perfect temperatures. We got to the docks early for a planned photo shoot of the new 46’ Black Thunder Raised Deck which turned out great (feature article on this boat coming soon). From there we headed out to grab a good spot at the raft up on the course.

For whatever reason, there were far less boats in the raft up on Sunday.

Its usually lighter attendance on Sunday than Saturday, but I think the storm the day before and the lack of faster boats in the shootout possibly kept attendance lighter than usual. 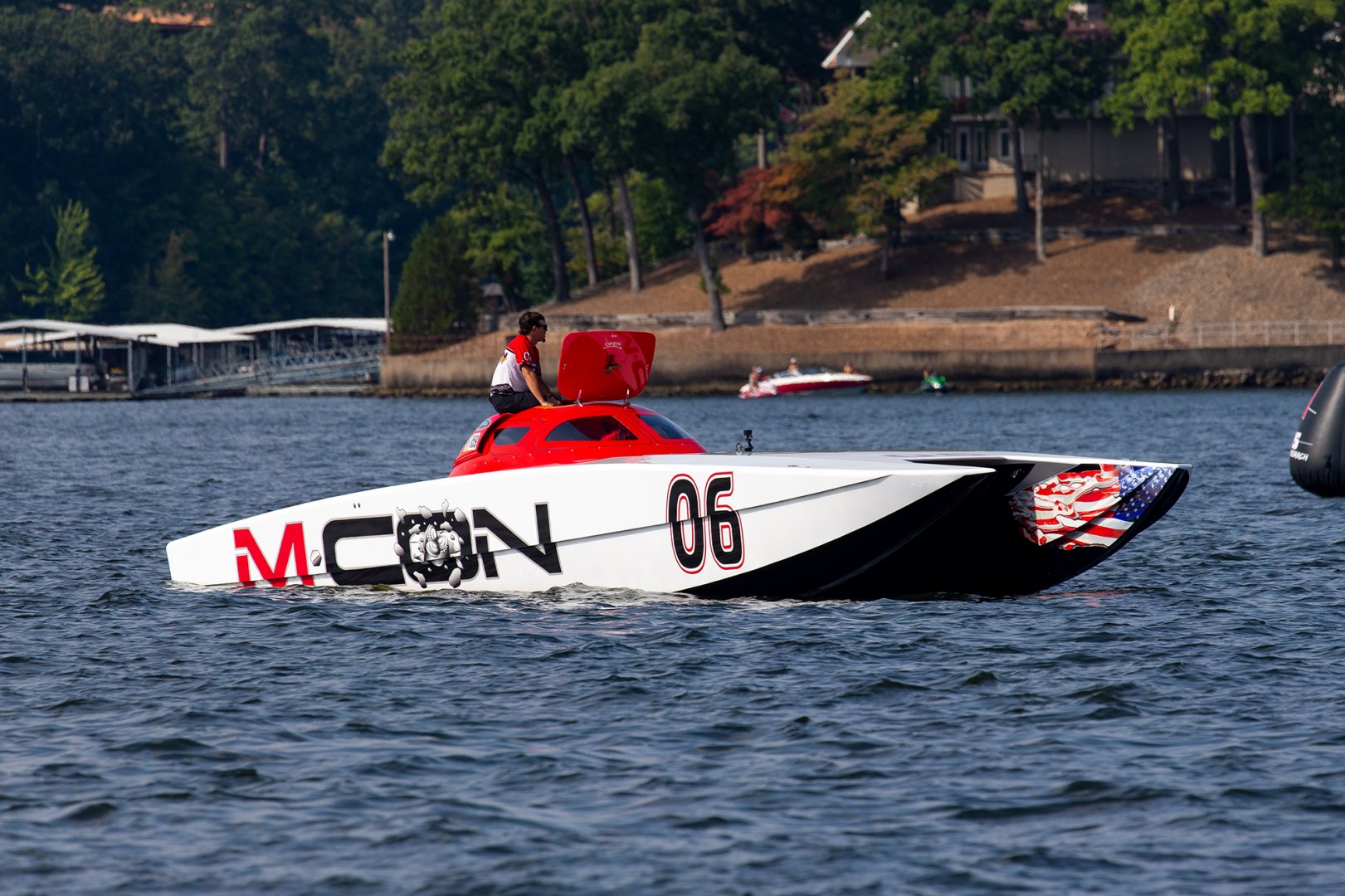 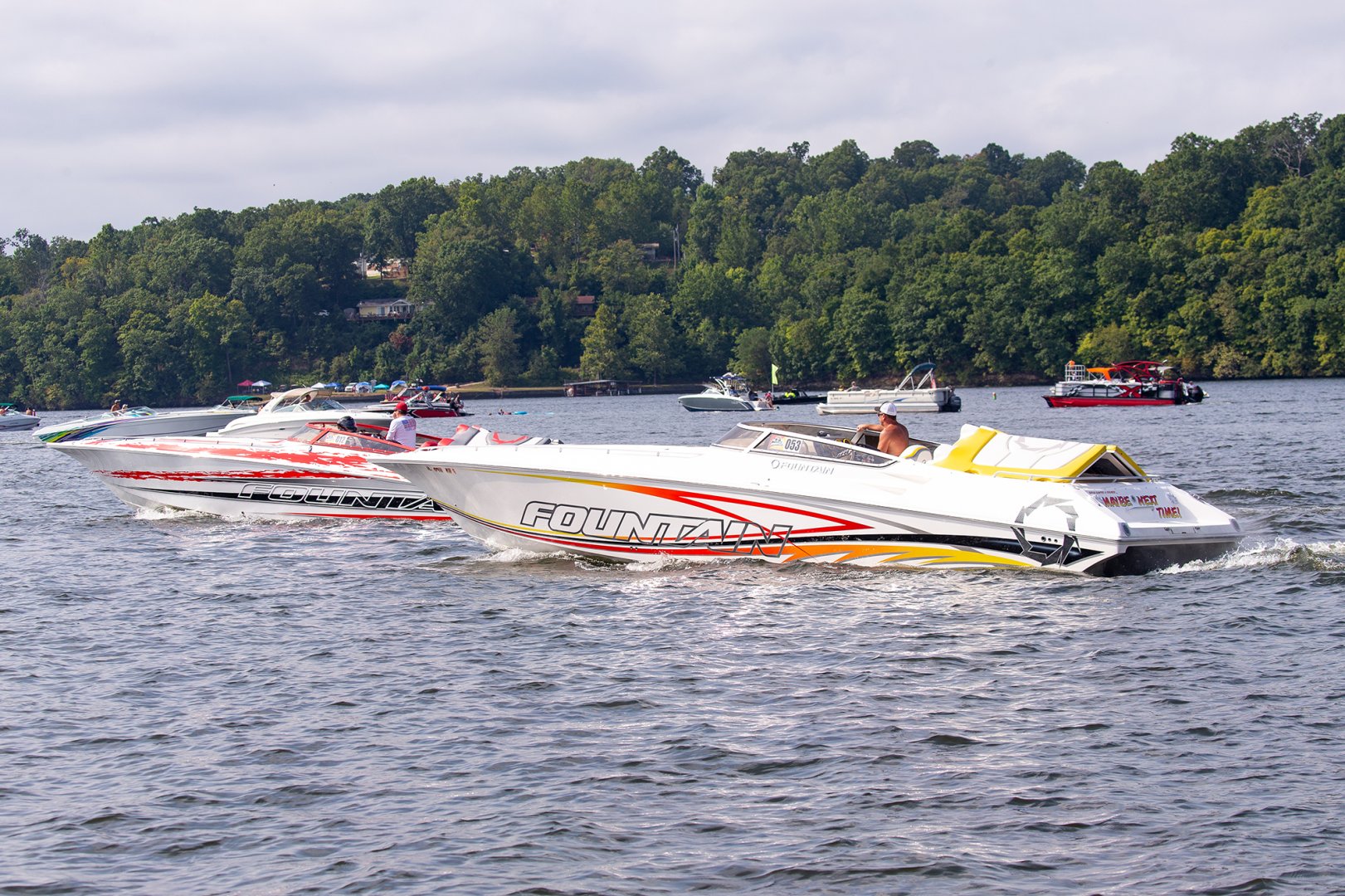 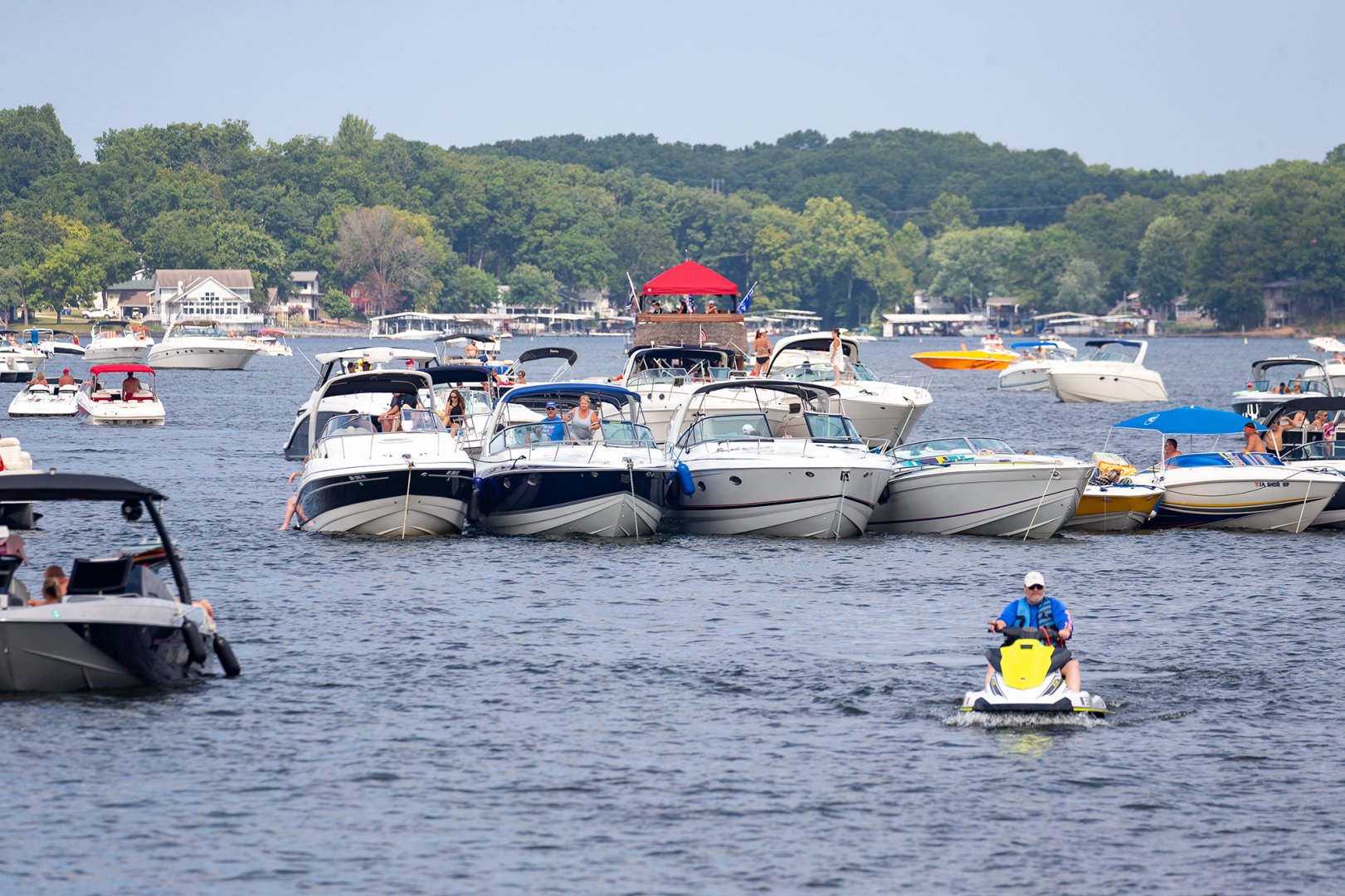 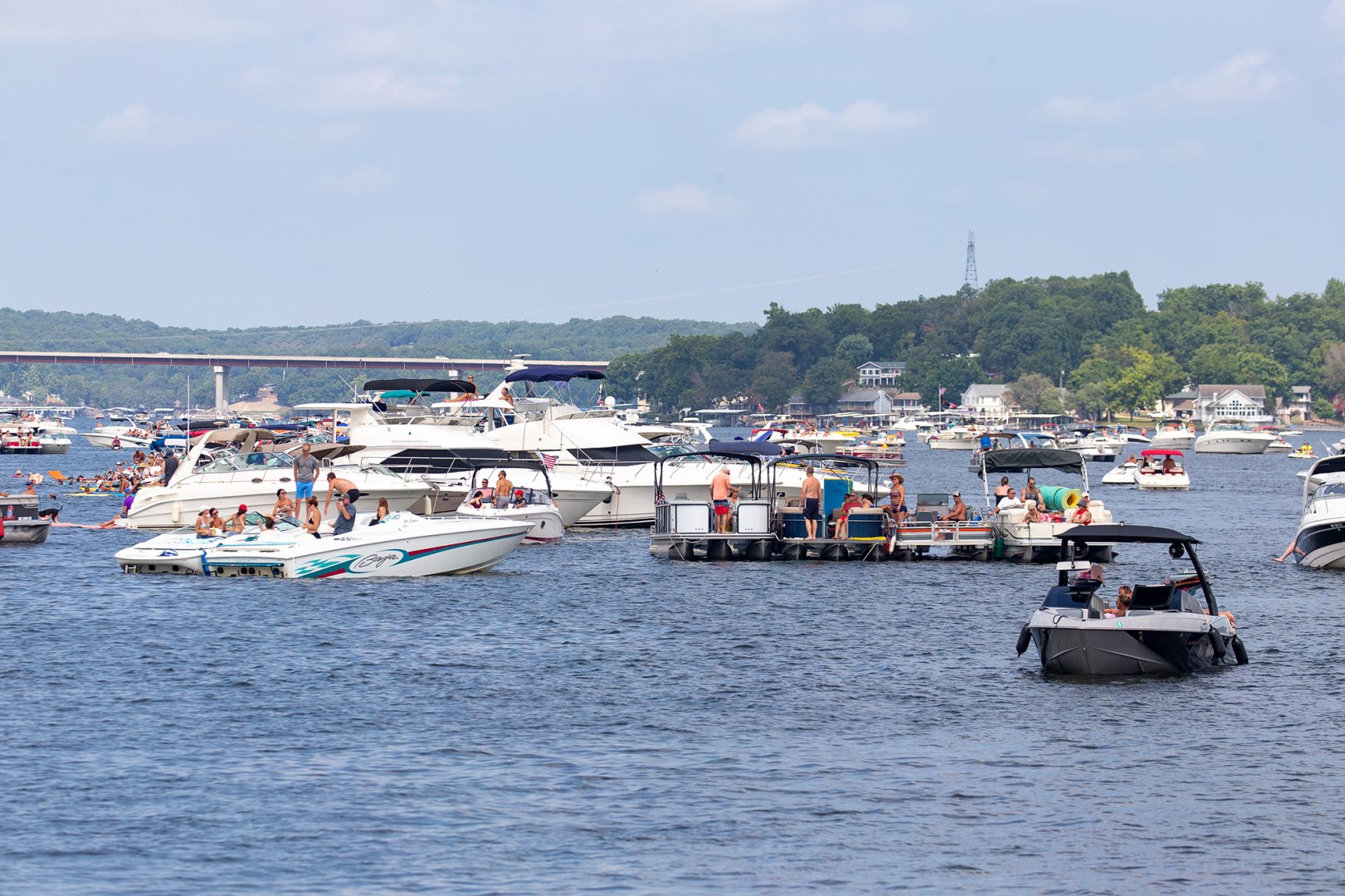 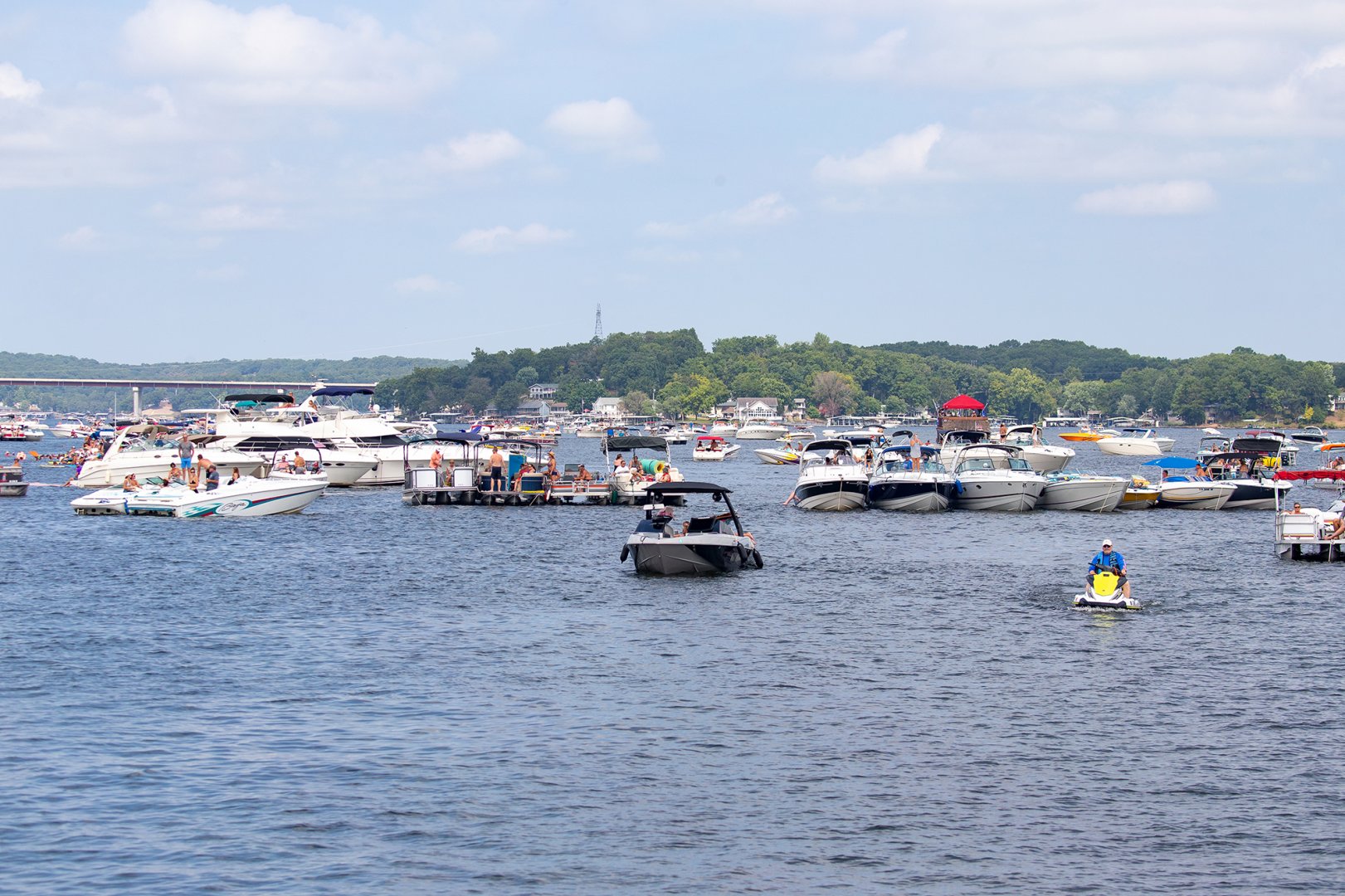 I don’t mean to say there were no fast boats on Sunday. But with American Ethanol not running, and many of the faster boats from the past not showing up at all, the draw just wasn’t there. Sunday’s shootout shootout was predominantly smaller, single-engine boats, outboard cats and pontoons. But it didn’t matter, because we had a perfect spot along the course, plenty of food, drinks and good friends, and any day on the water is a great day.

The highlights of the day included Russell Clay and Shannon Hamilton running the “Low Altitude” Mystic to a high speed of 168mph on the ¾ mile course. Needless to say, after a lot of smack talking before the event, they were pretty disappointed in their first run. To make matters worse, they couldn’t get the port engine fired up for the second run, further adding to their disappointment. 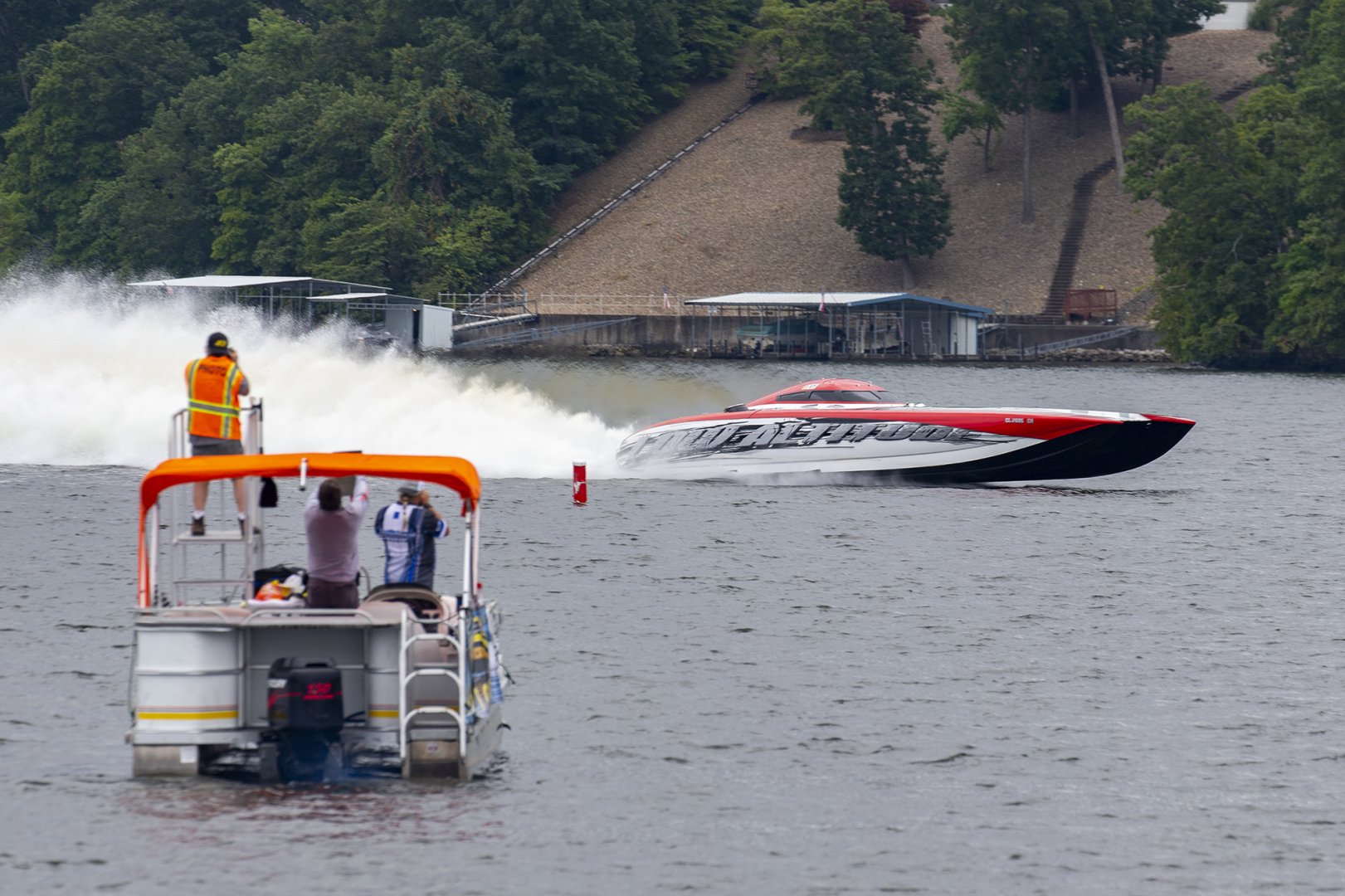 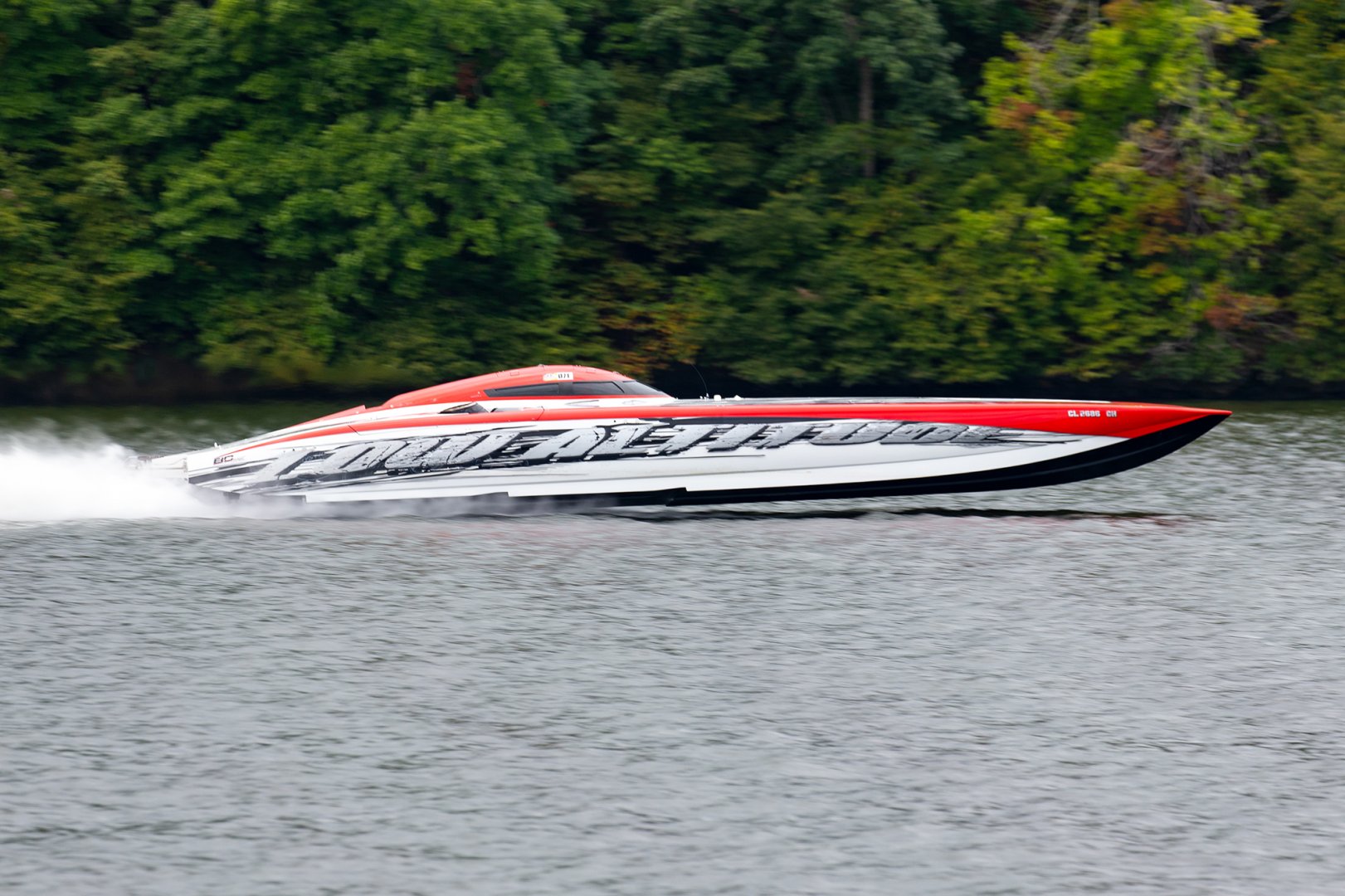 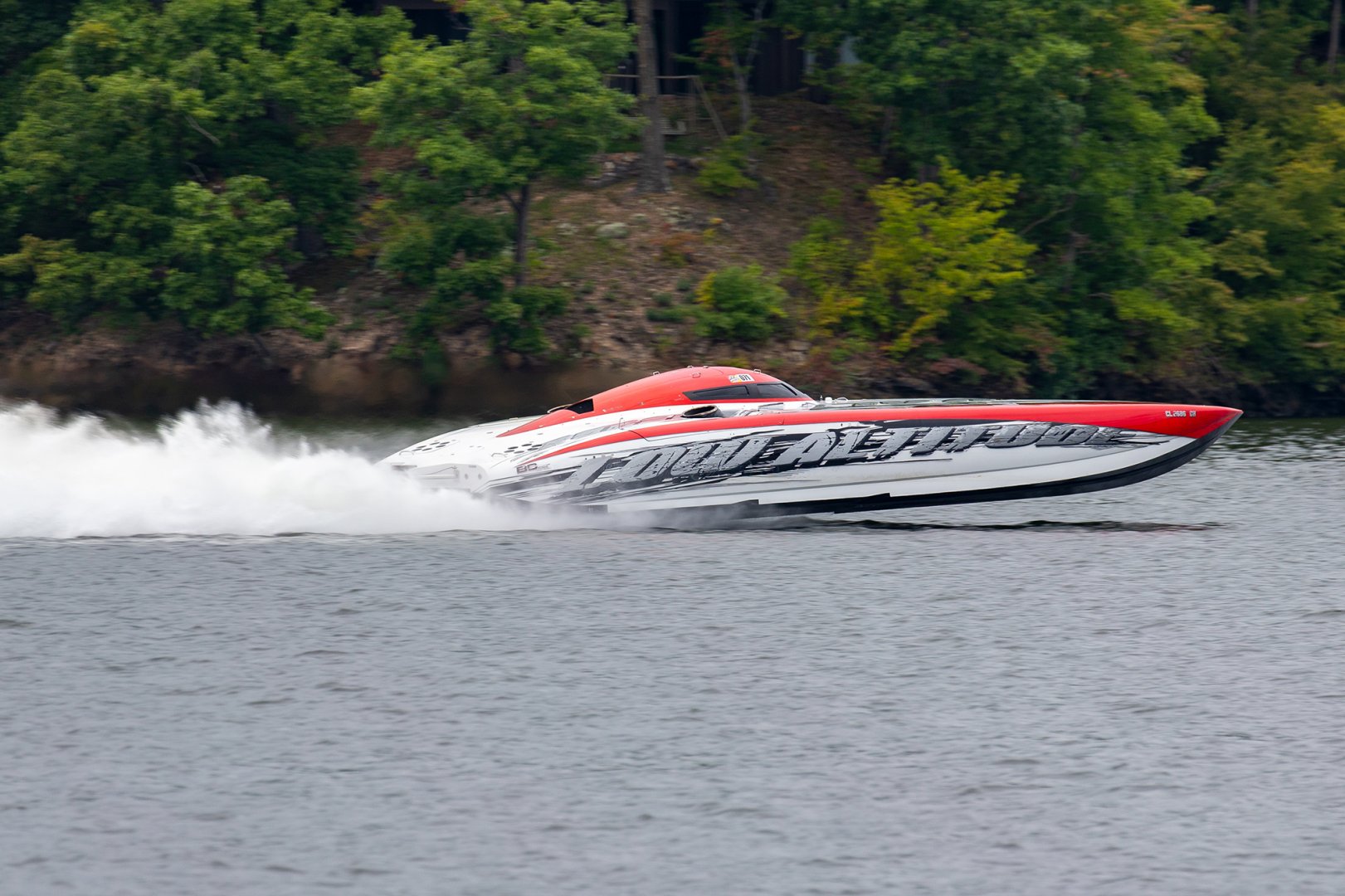 Other notable top speeds came from the brand new DCB M37R Widebody Cat at 120mph on their second pass and Team Victory pushed their new 34 foot cat to a top speed of 127 mph with the help of twin Mercury Racing 450R outboards. 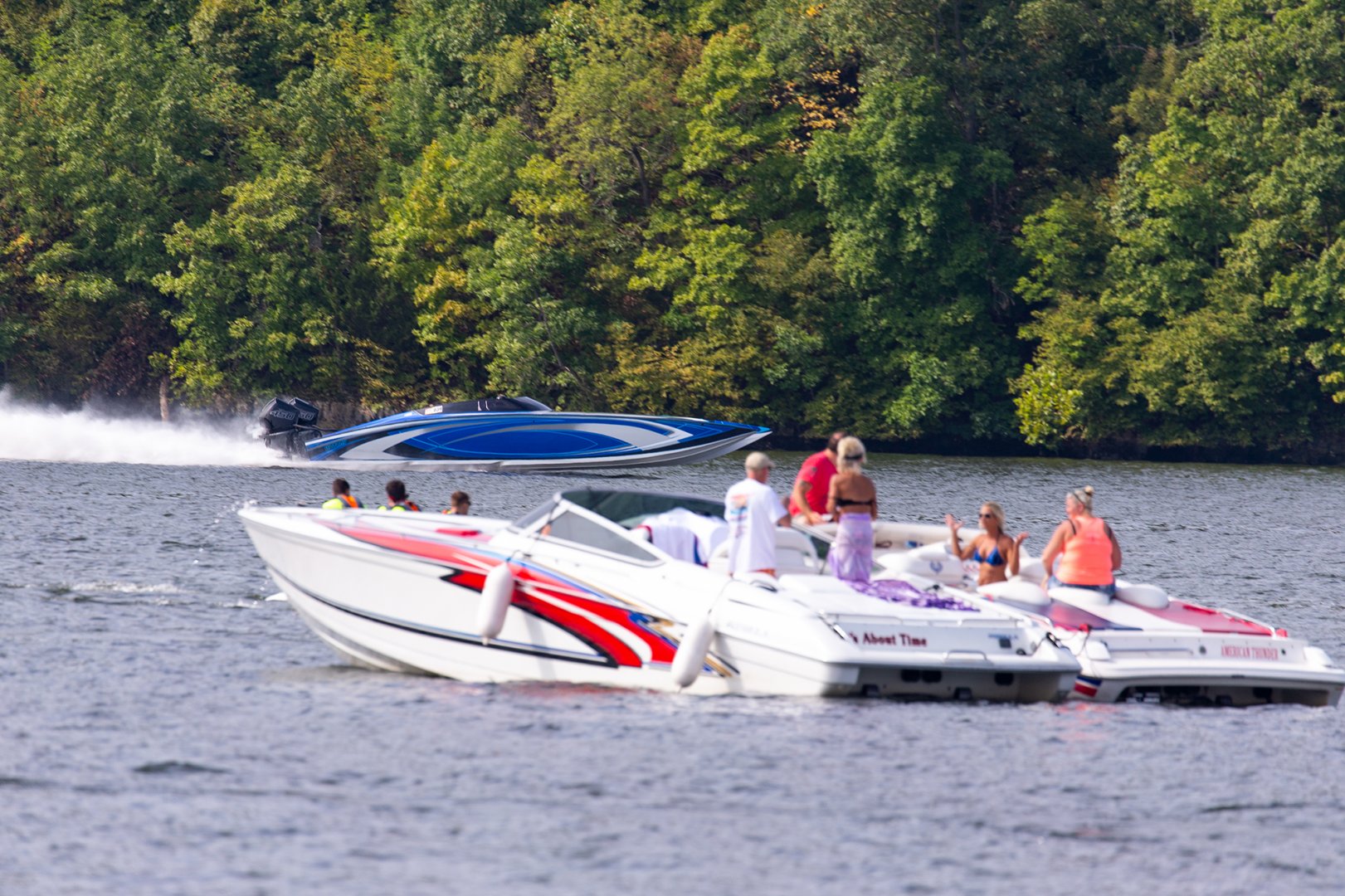 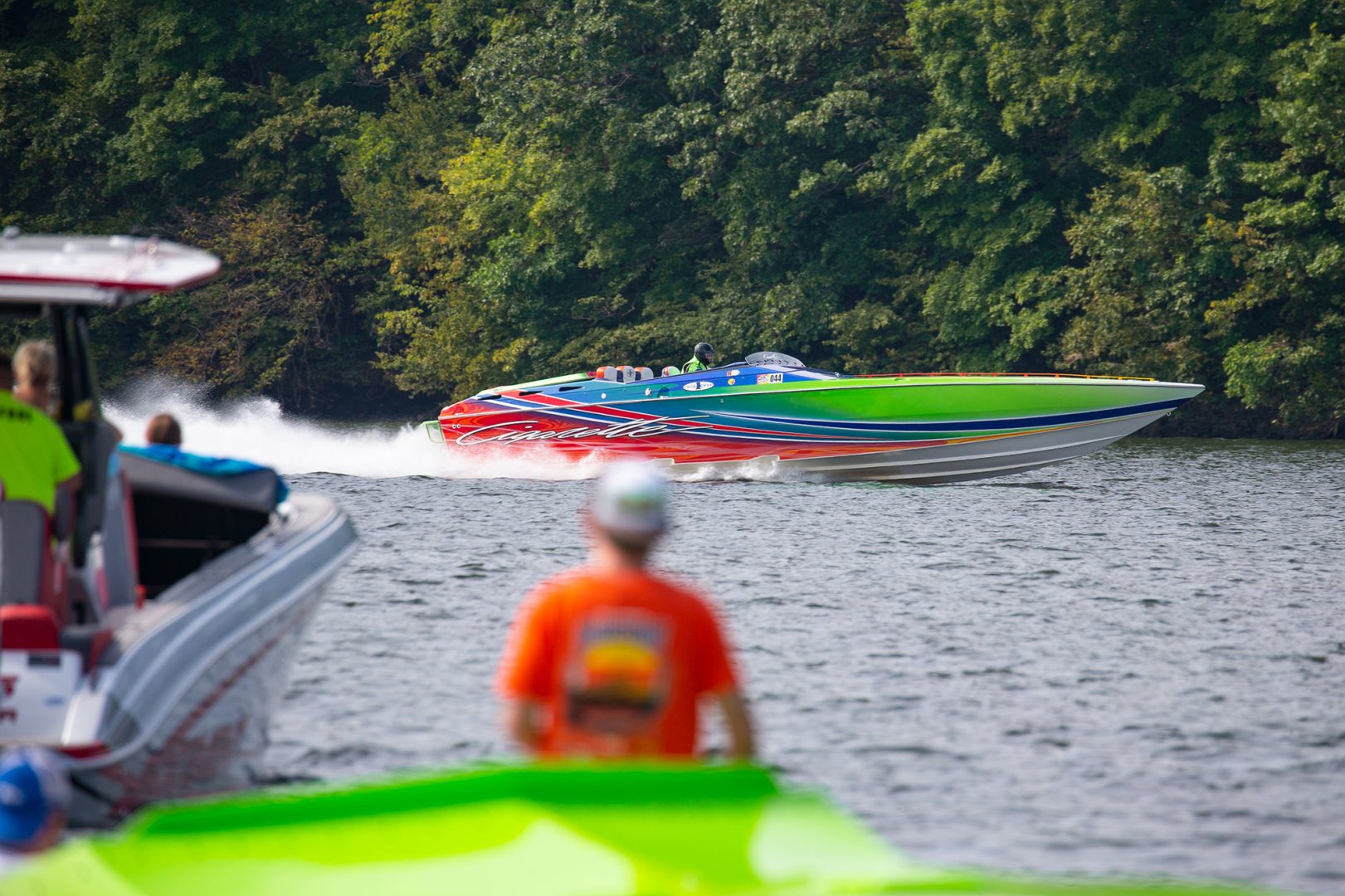 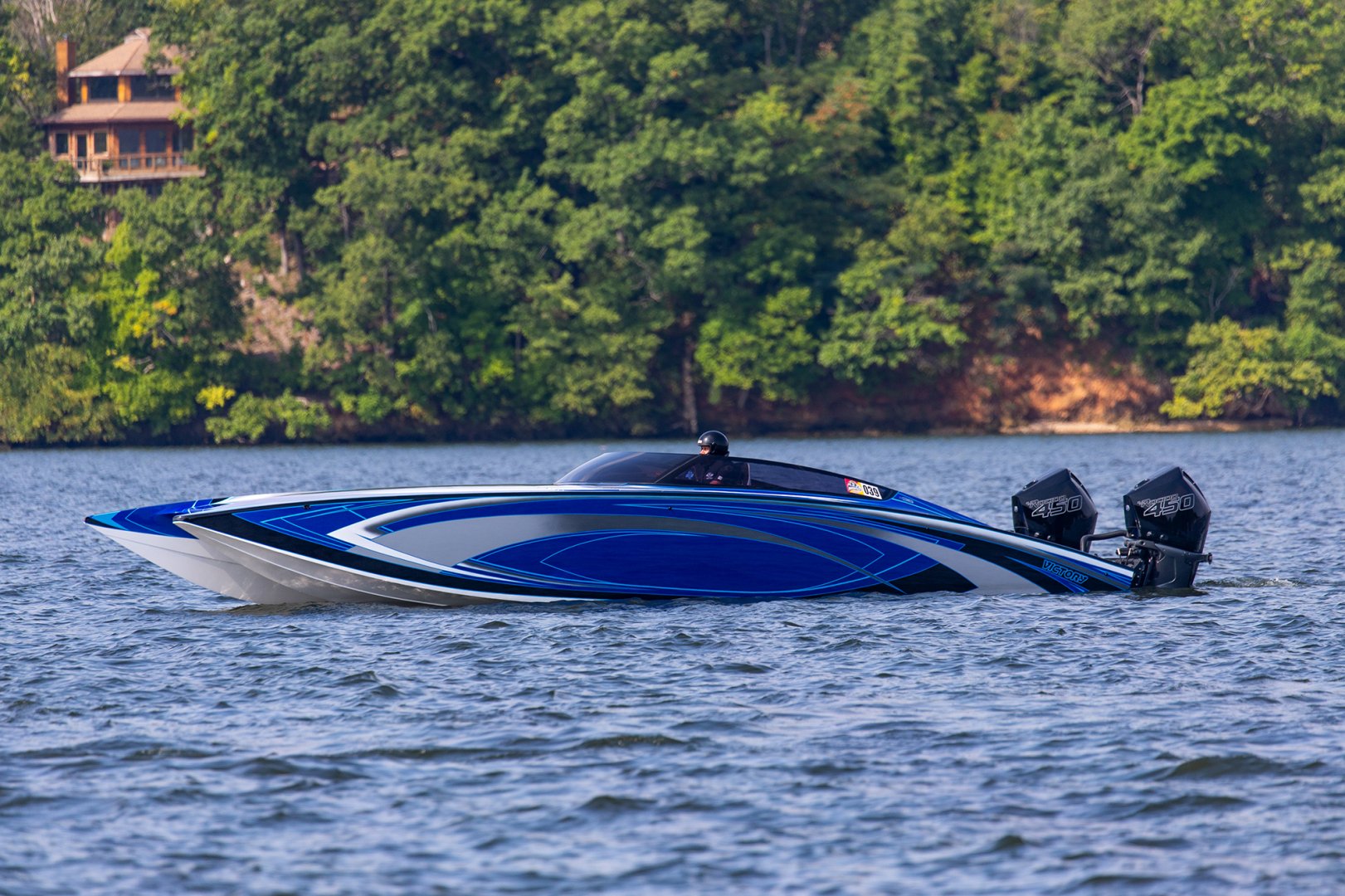 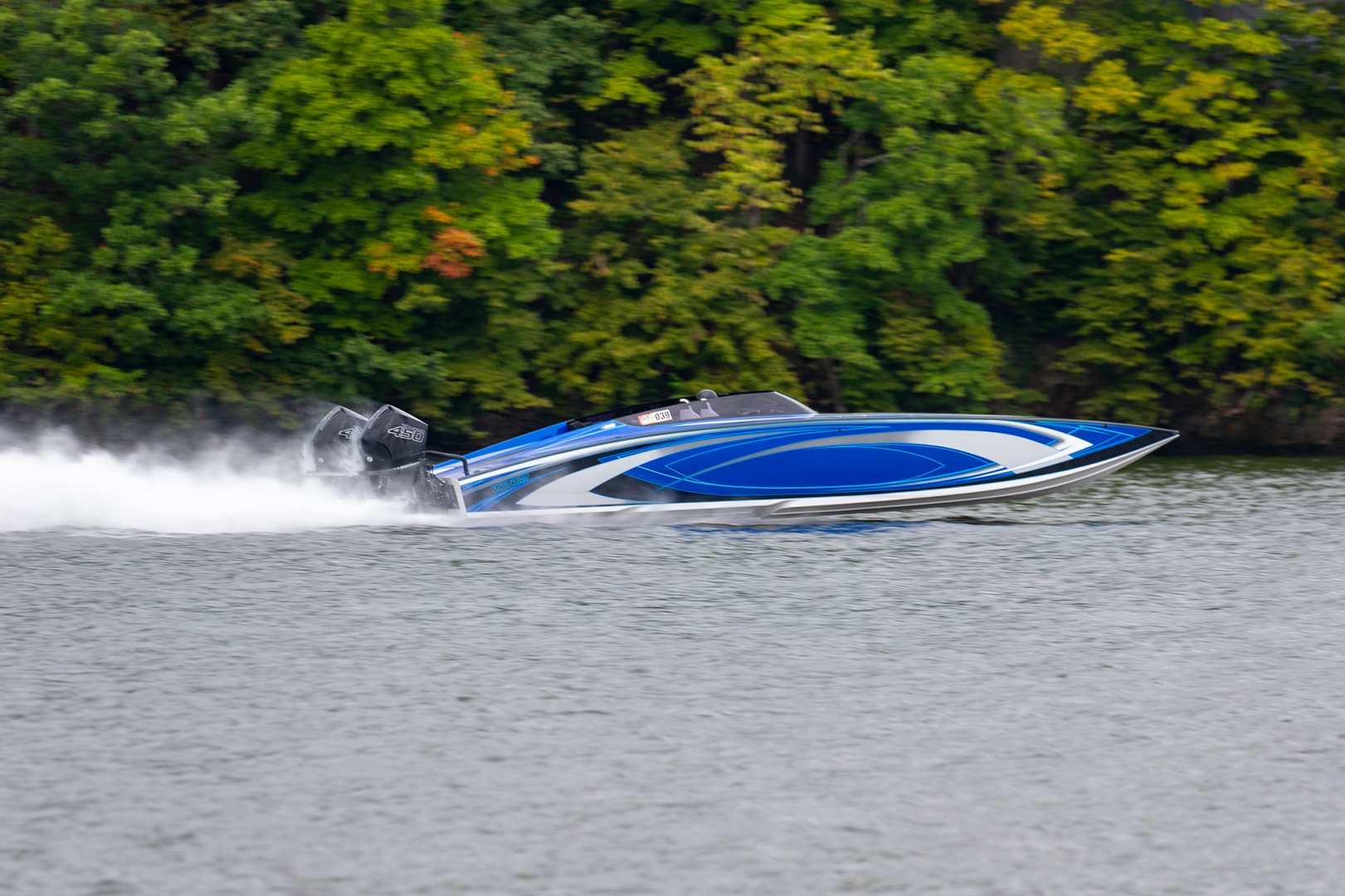 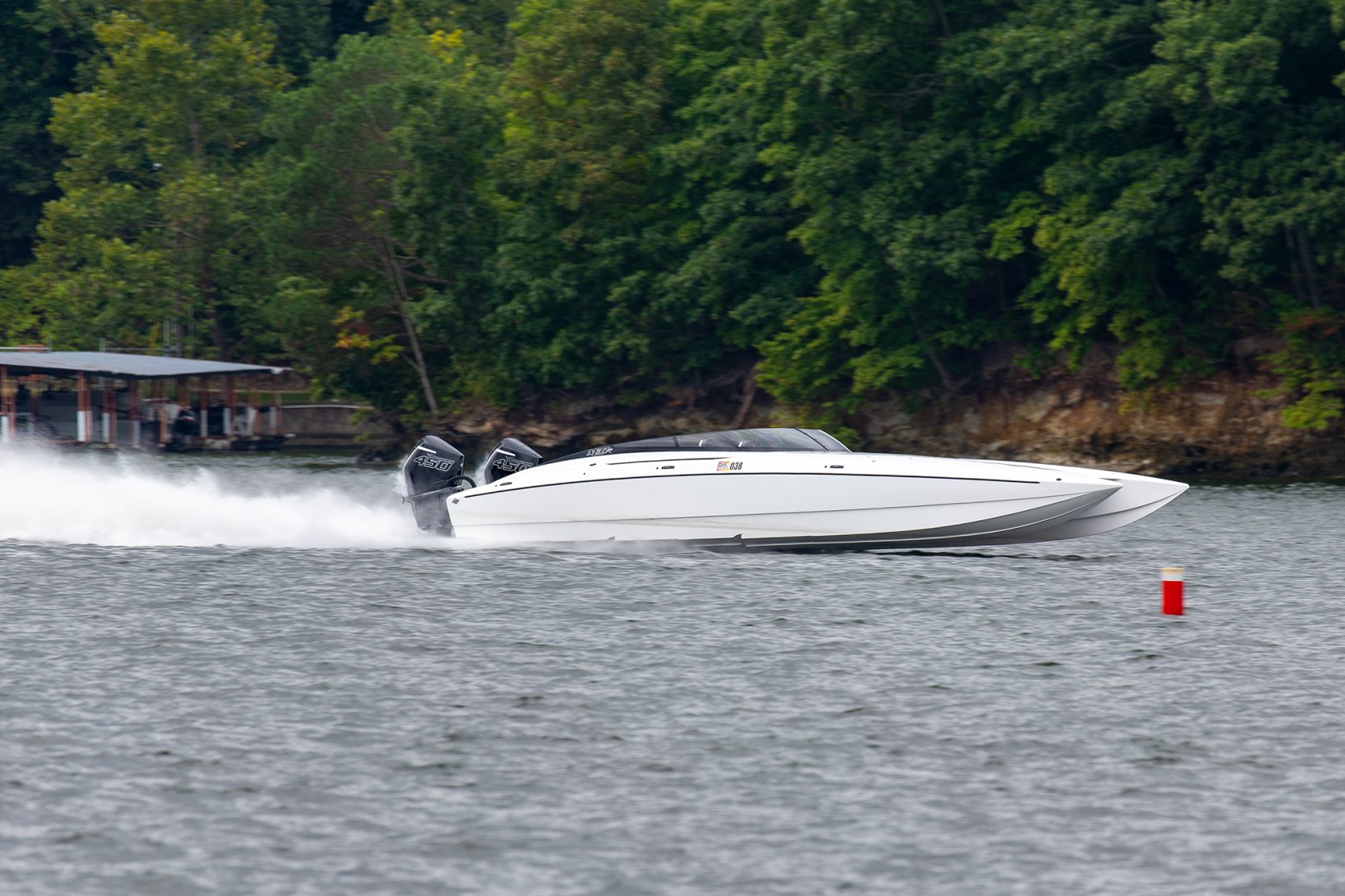 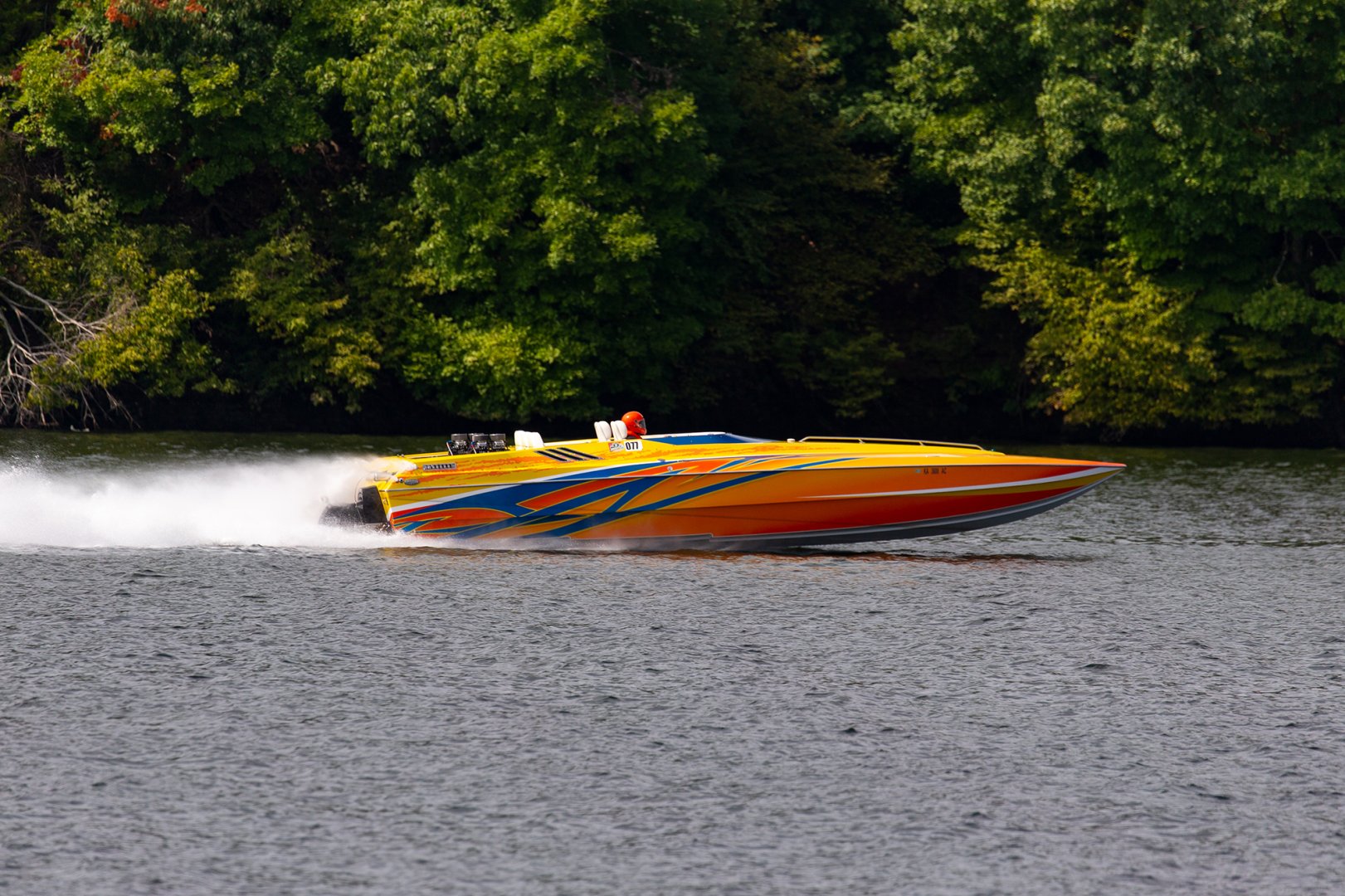 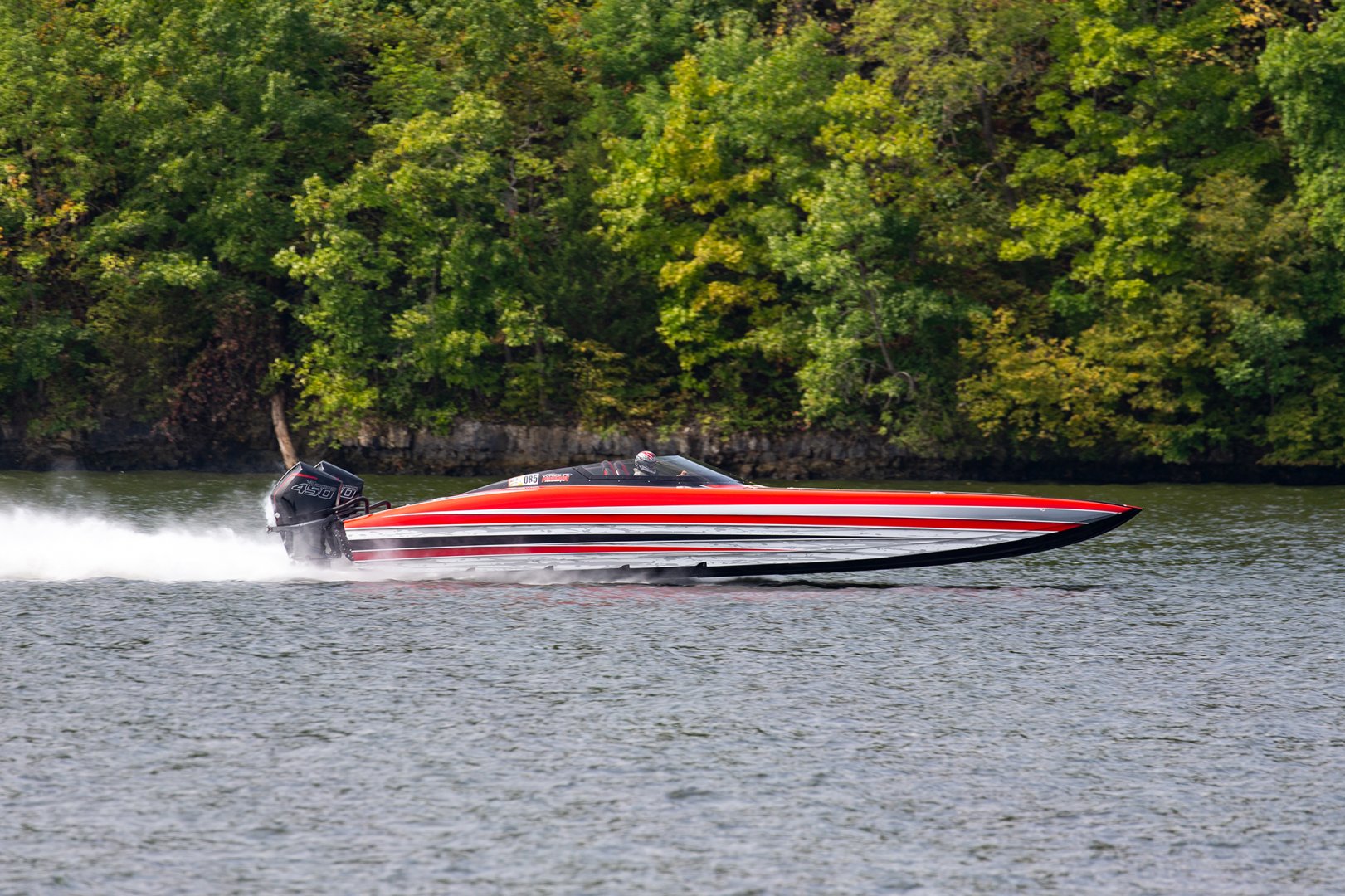 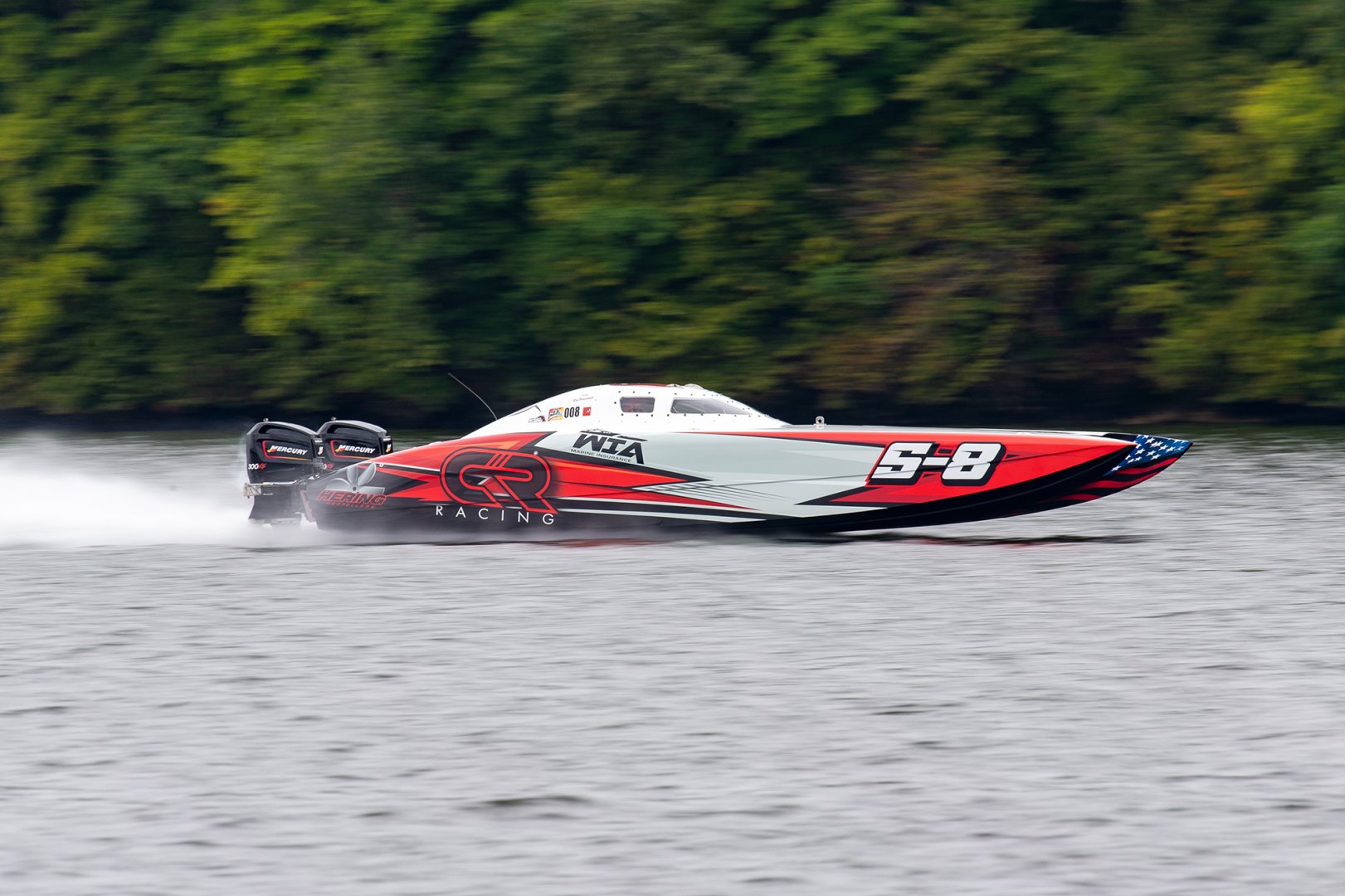 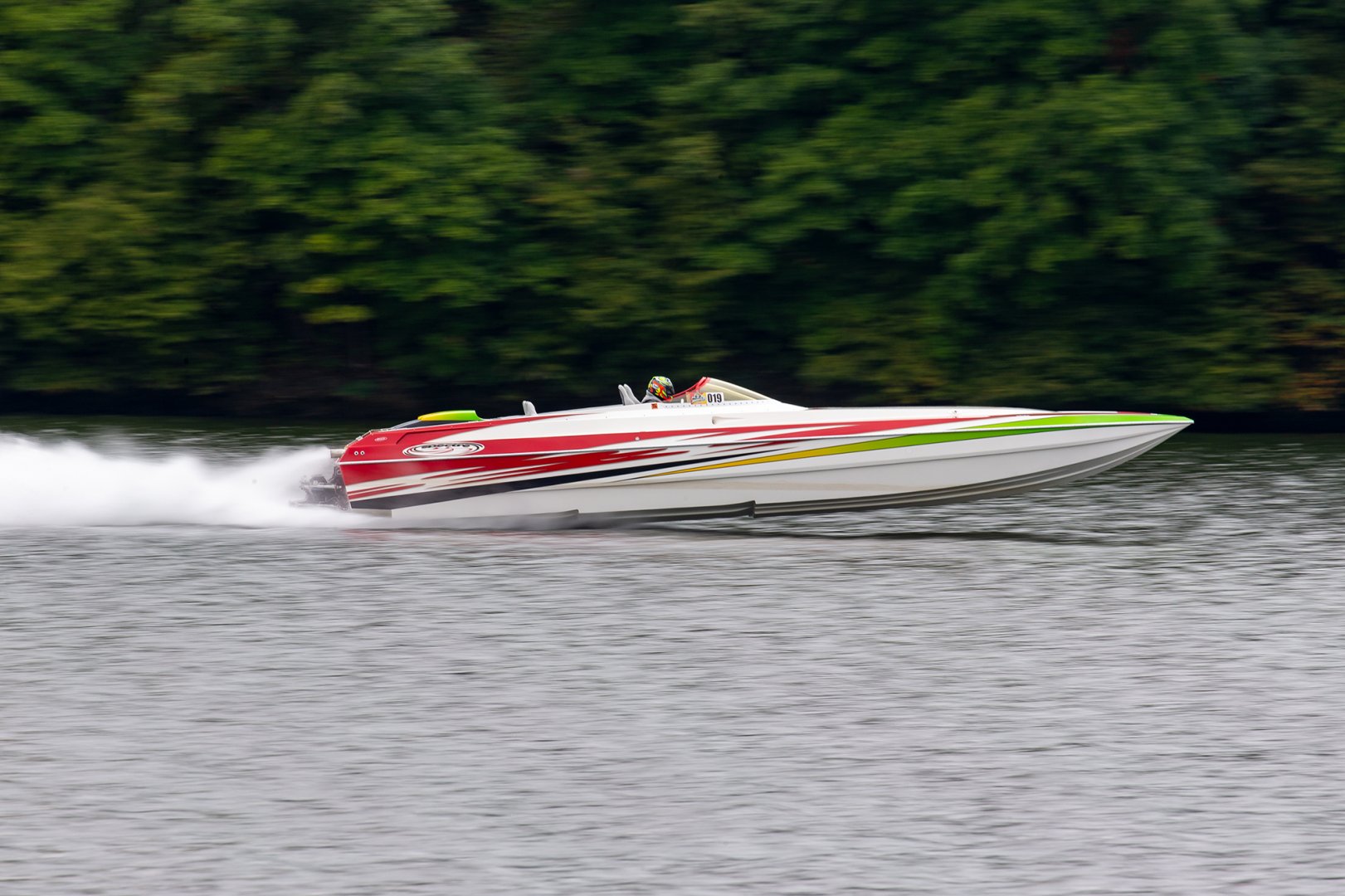 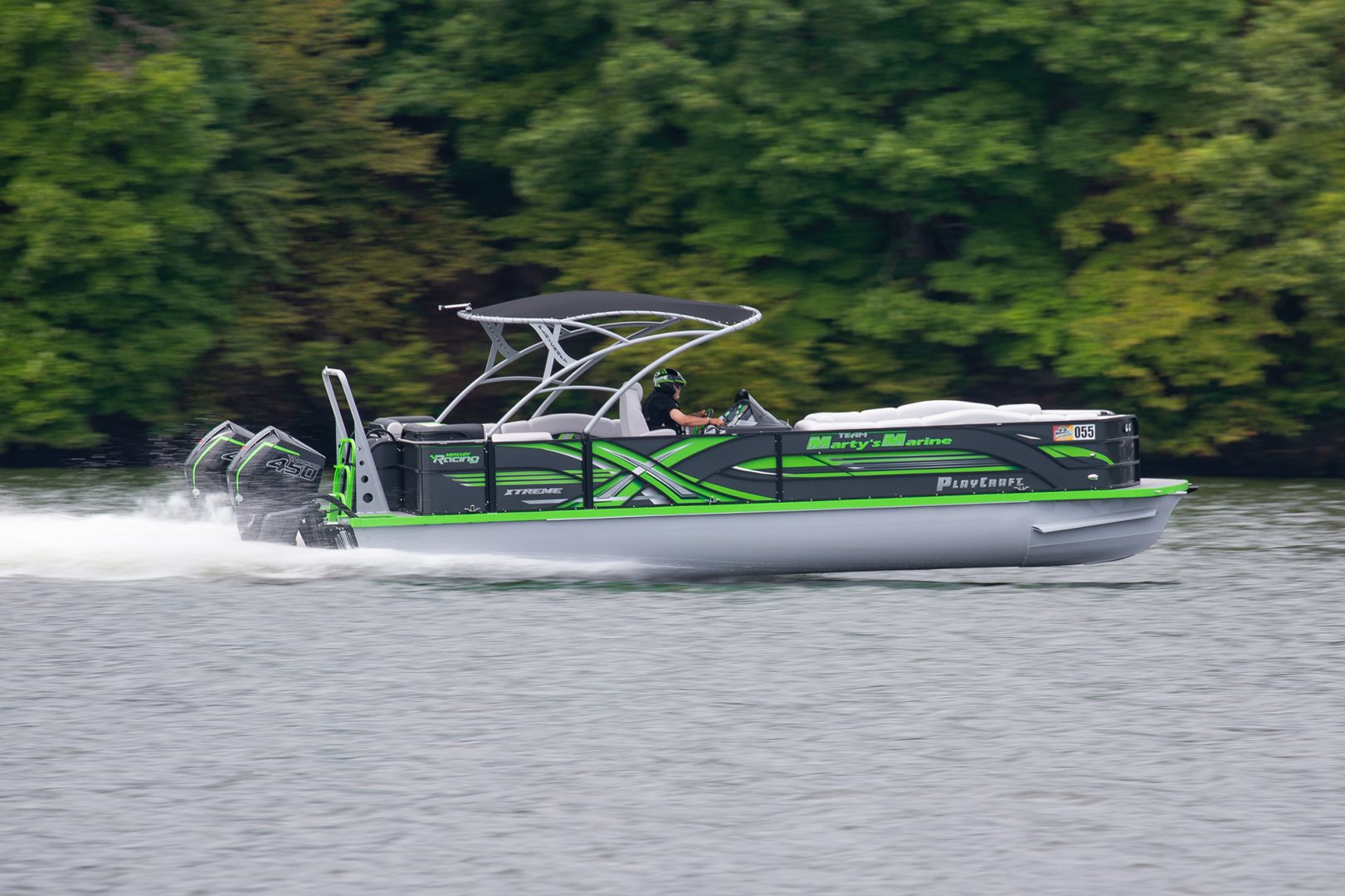 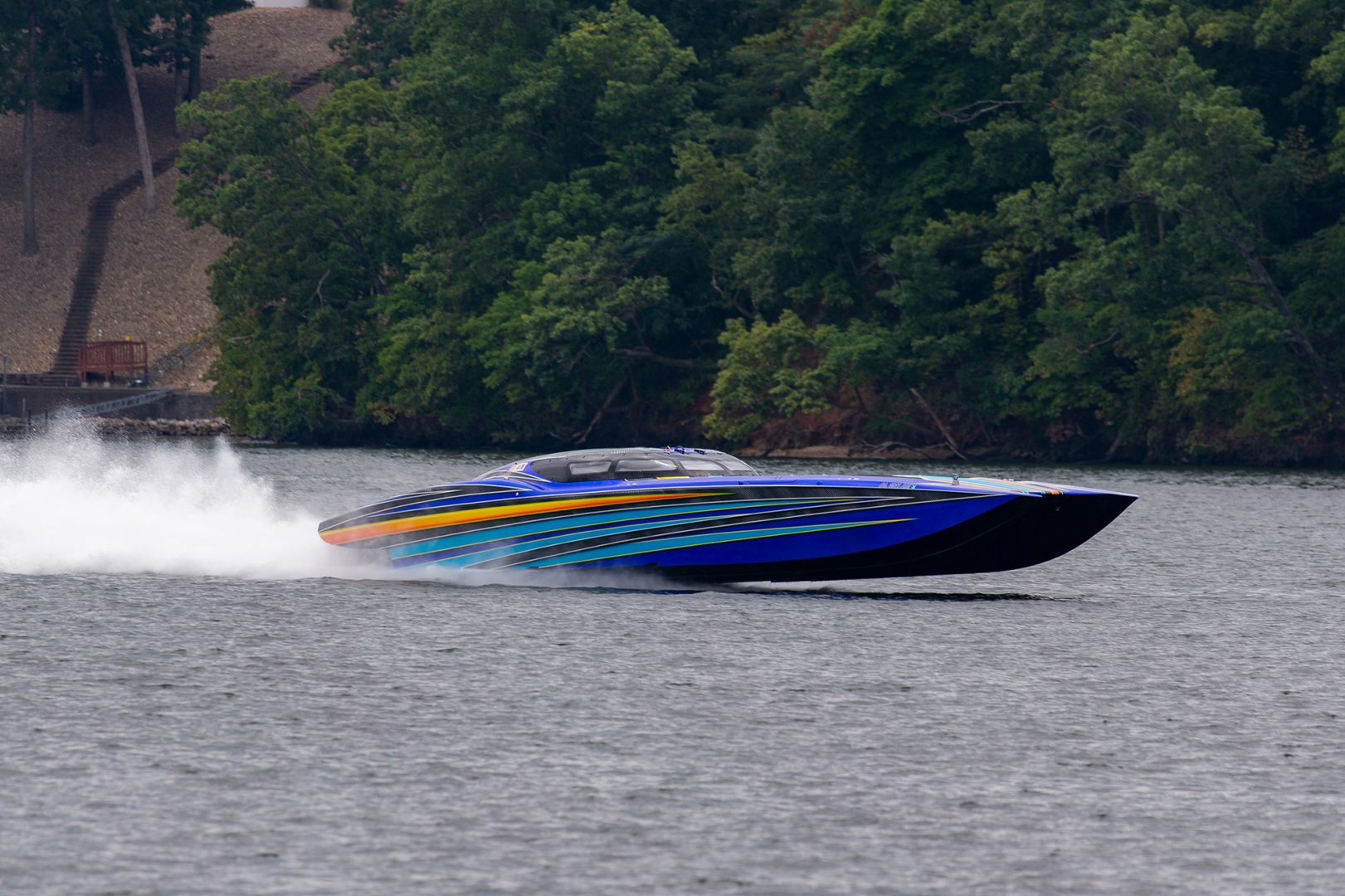 Of course, we can’t go without mentioning the Air Show which saw Brian Correll racing his stunt plane wing-to-deck with the Performance Marine Center Doug Wright Cat down the course. It a very entertaining show. 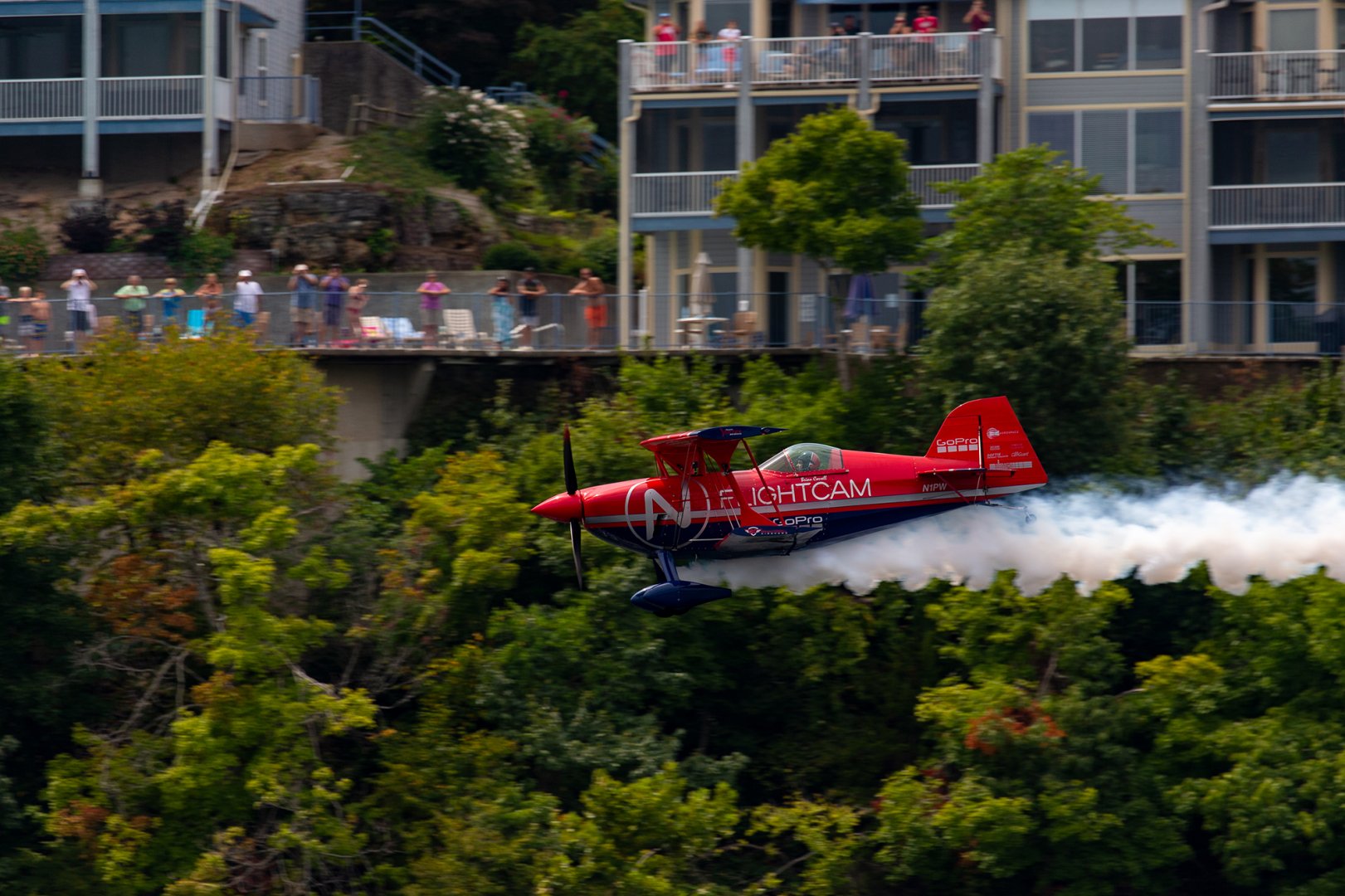 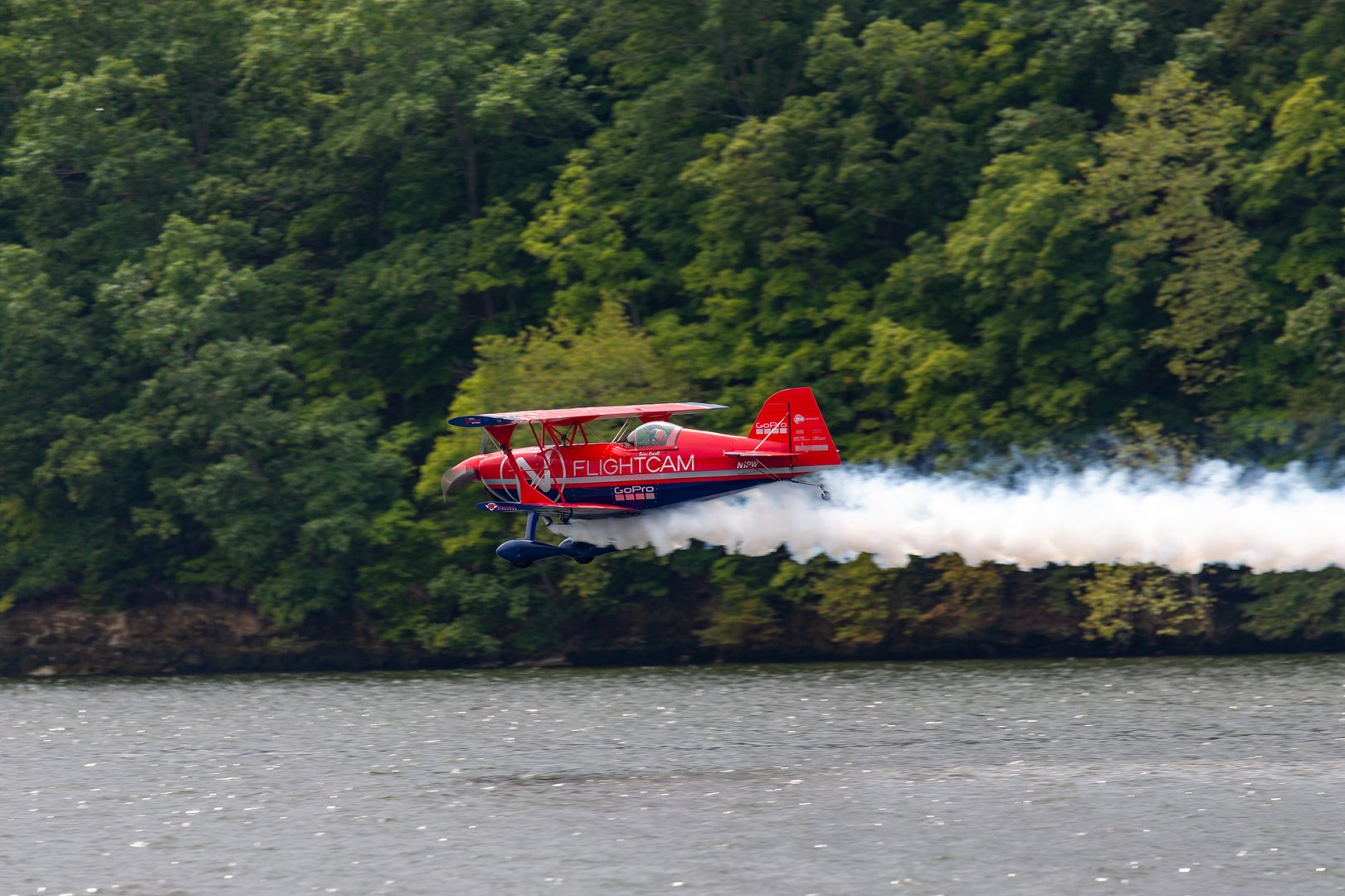 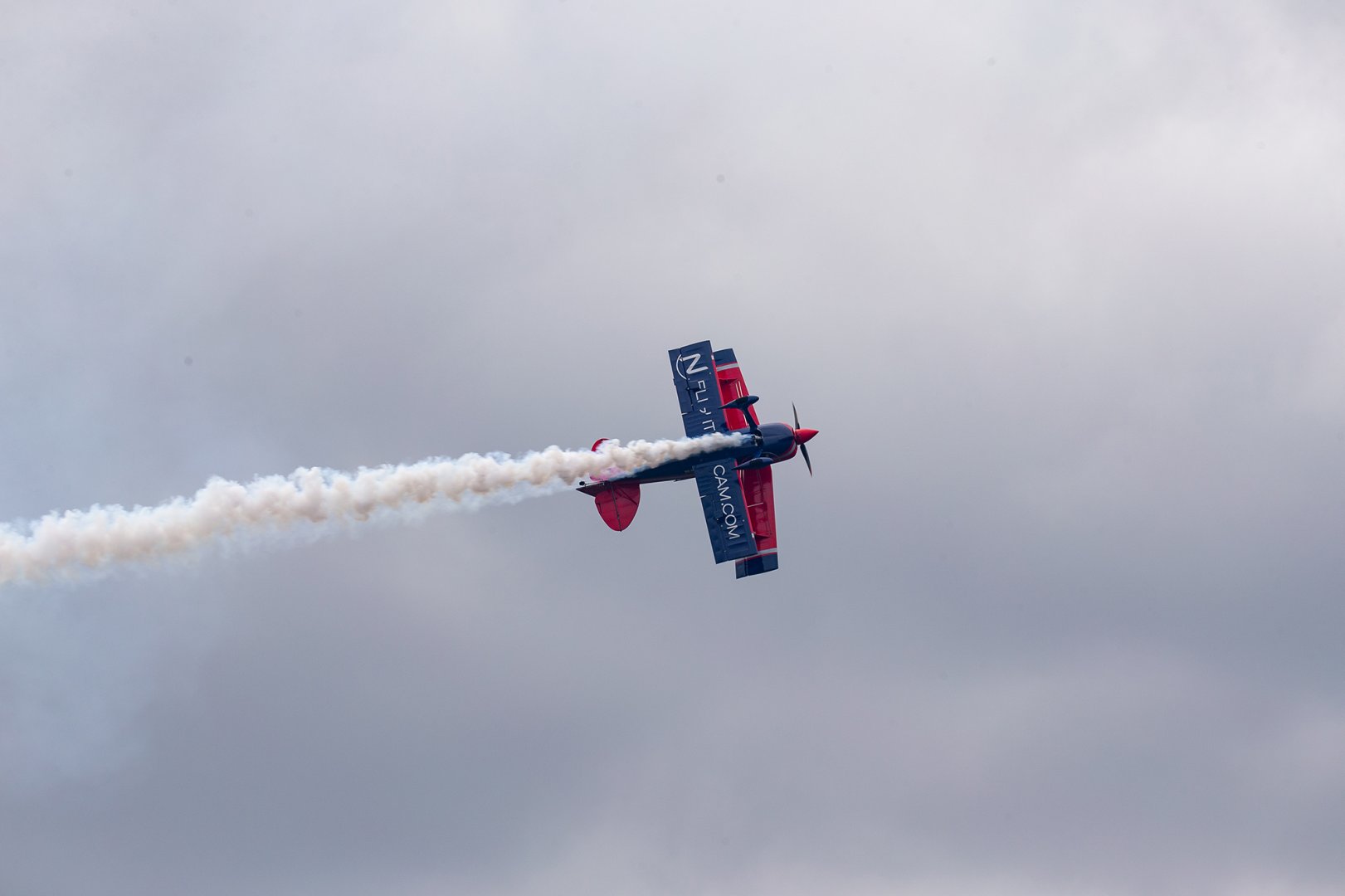 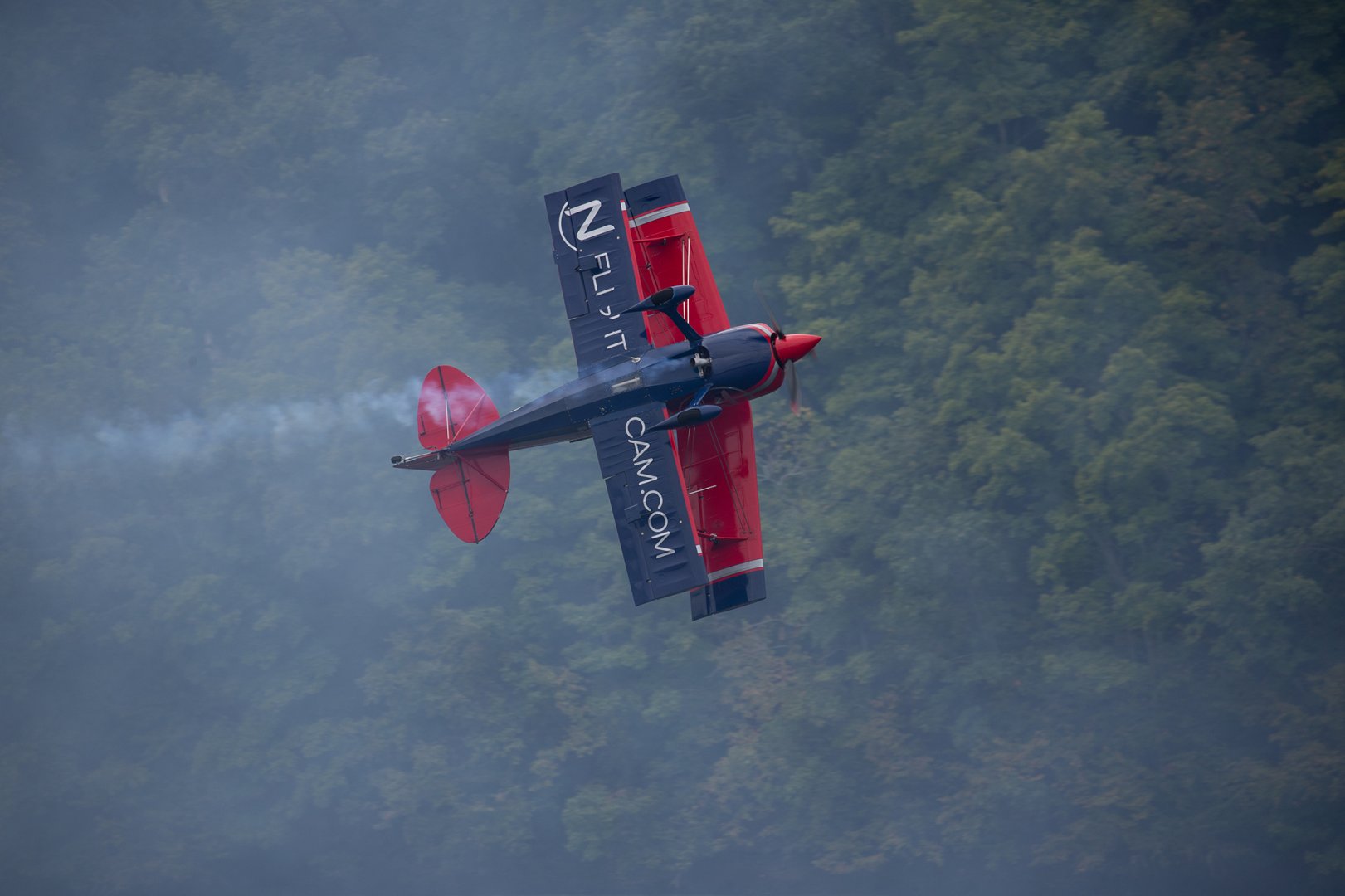 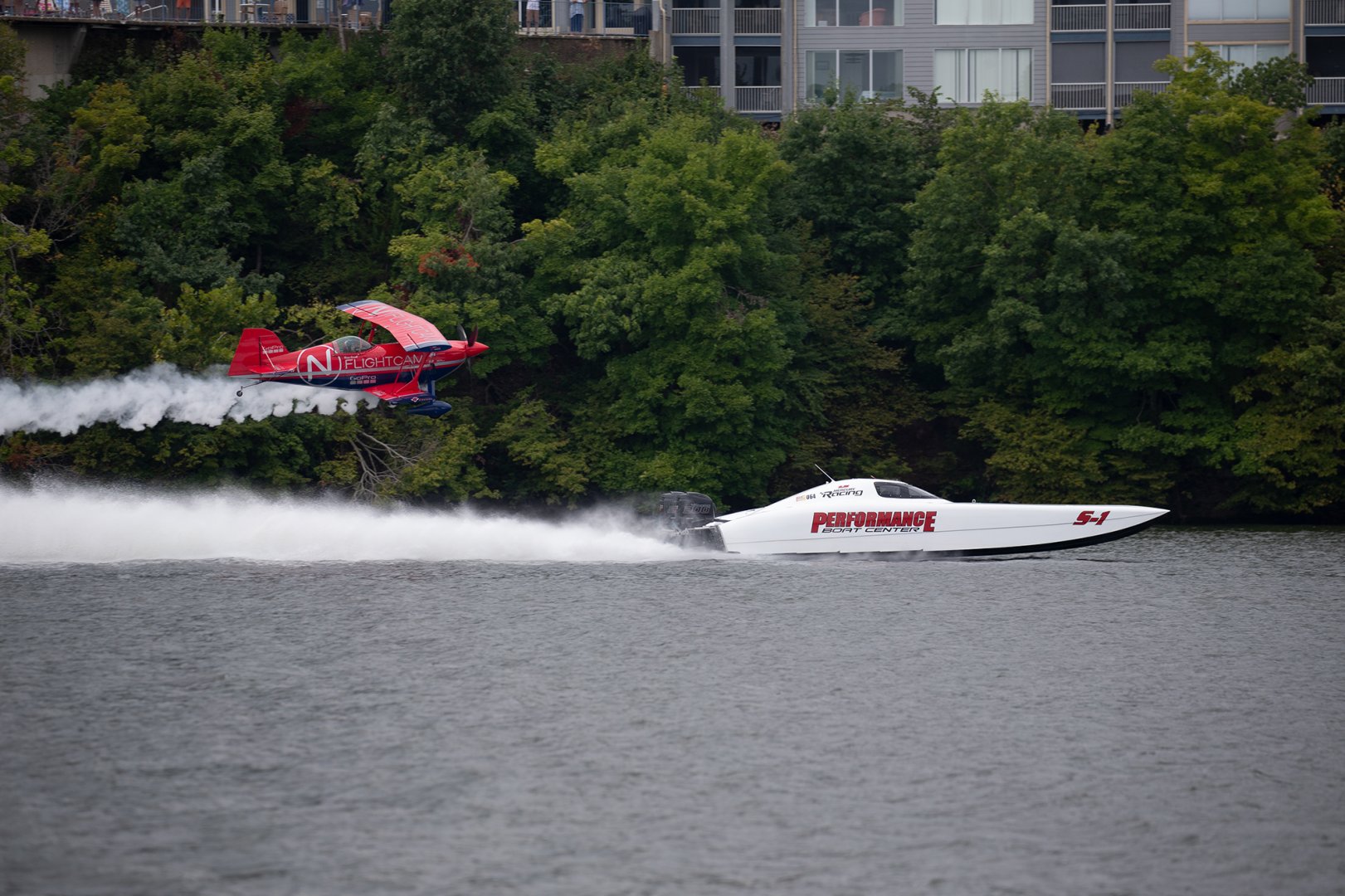 With the last day of the shootout events in the books, its time to pack it up and head home. It took us most of the day yesterday to get Kurt Truettner’s 46’ Black Thunder, “Horse Play” back on the trailer in the middle of a microburst storm, and get the truck packed up and ready to leave, which is the reason this story is a little late. As I write this story from the cab of the Kenworth, we’re hauling ass back to Arizona, content with a successful week of business, and a long list of crazy stories to tell the next time we meet.