Article Gallery
Lanse Haselrig's 40+ Year-Old Rayson Craft Is Still At The Top Of The GN Game! 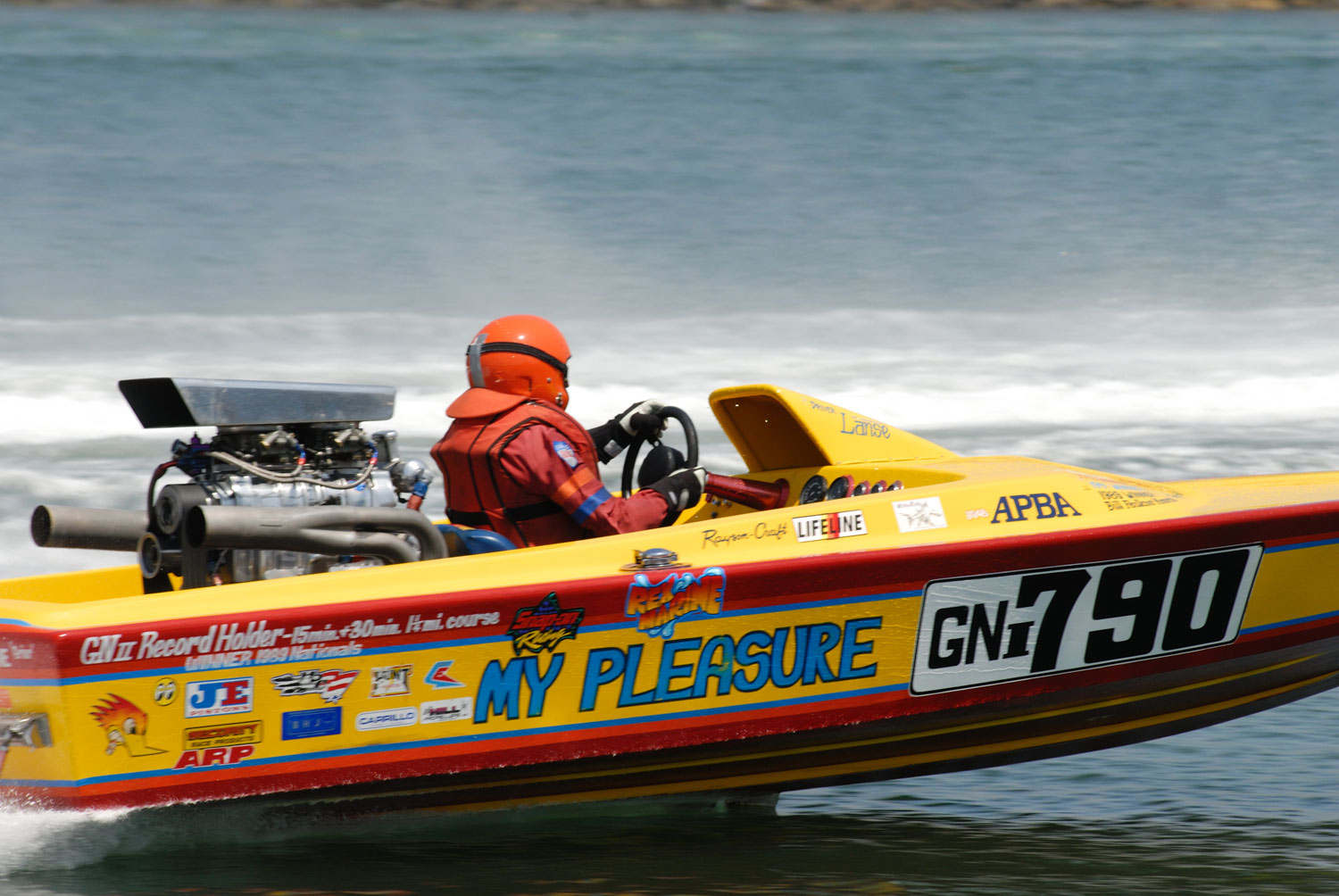 Little did Lanse Haselrig know when he first met Rayson Craft icon Rudy Ramos nearly fifty years ago that he was embarking on a life-long journey. "I just liked boating," remembers Lanse, "and Rudy came into my L.A. auto restoration business to get some work done on his car. One thing led to another and I eventually wound up buying a stock Rayson Craft day cruiser just for pleasure. But if you hung around Rudy long enough, some of his passion for boat racing just has to rub off, and it did. One day he asked me if I'd like to pull a water skier in the Catalina Ski Race. I didn't know anything about it, but Rudy said don't worry, he'd coach me through it. I drove the race and had a blast. That was it, I was hooked and have been doing it ever since." 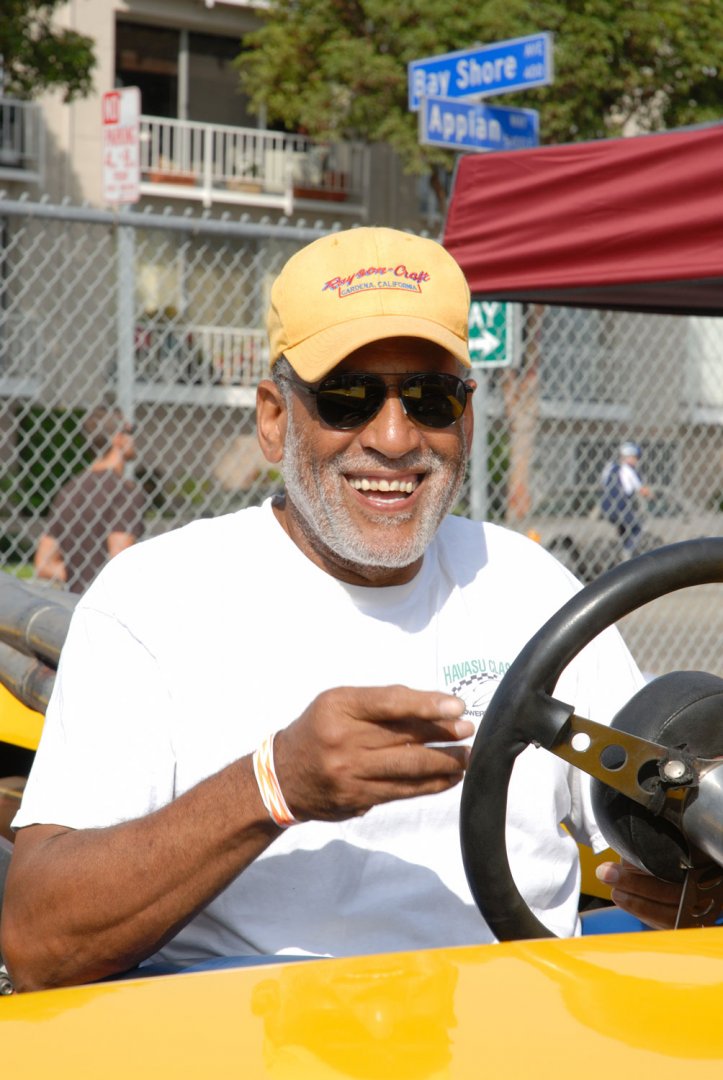 Unlike other forms of racing that are consumed with improvisation and experimentation, Lanse is a shining example of 'keep it simple and stick to what works.' In 1979, Lanse purchased a new 21-foot Rayson Craft mini cruiser, a kind of jack-of-all-trades type of boat that had many potential uses. "The 21 vee-bottom mini cruiser seemed like the right boat for me," said Lanse. "I could ski race it, marathon GN (Grand National) it, and even do a few of the local offshore races if I wanted. I knew it wouldn't be boring." 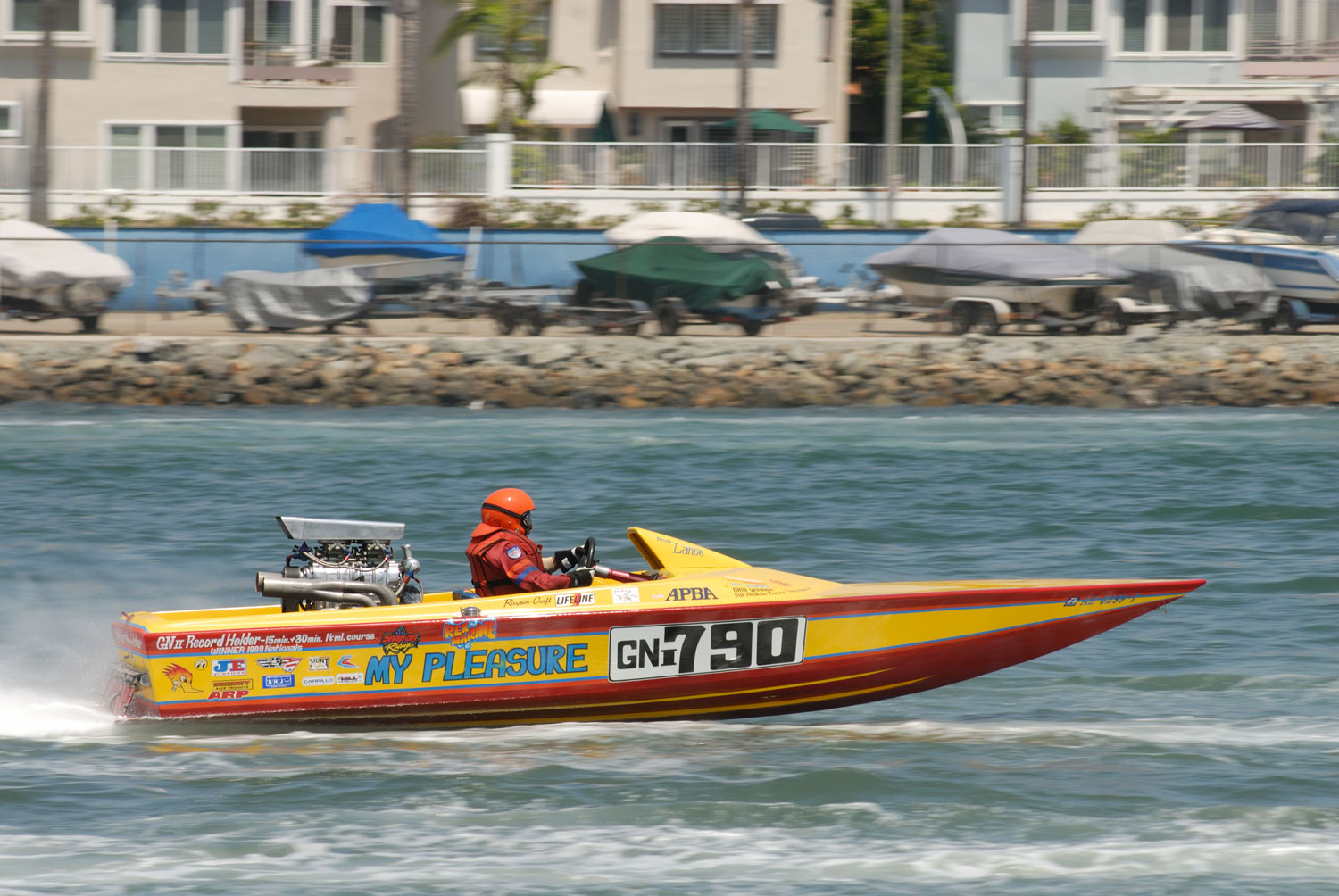 Probably Lanse's competition wish it was a little more boring because "My Pleasure" has been a consistent force to be reckoned with on the race course going on four decades. In recent years, Lanse has concentrated on the GN class and marathons. You just have to take a look at his 'deck bling' to appreciate the many wins, high point titles and national championships he has acquired. The roll-call is impressive indeed. 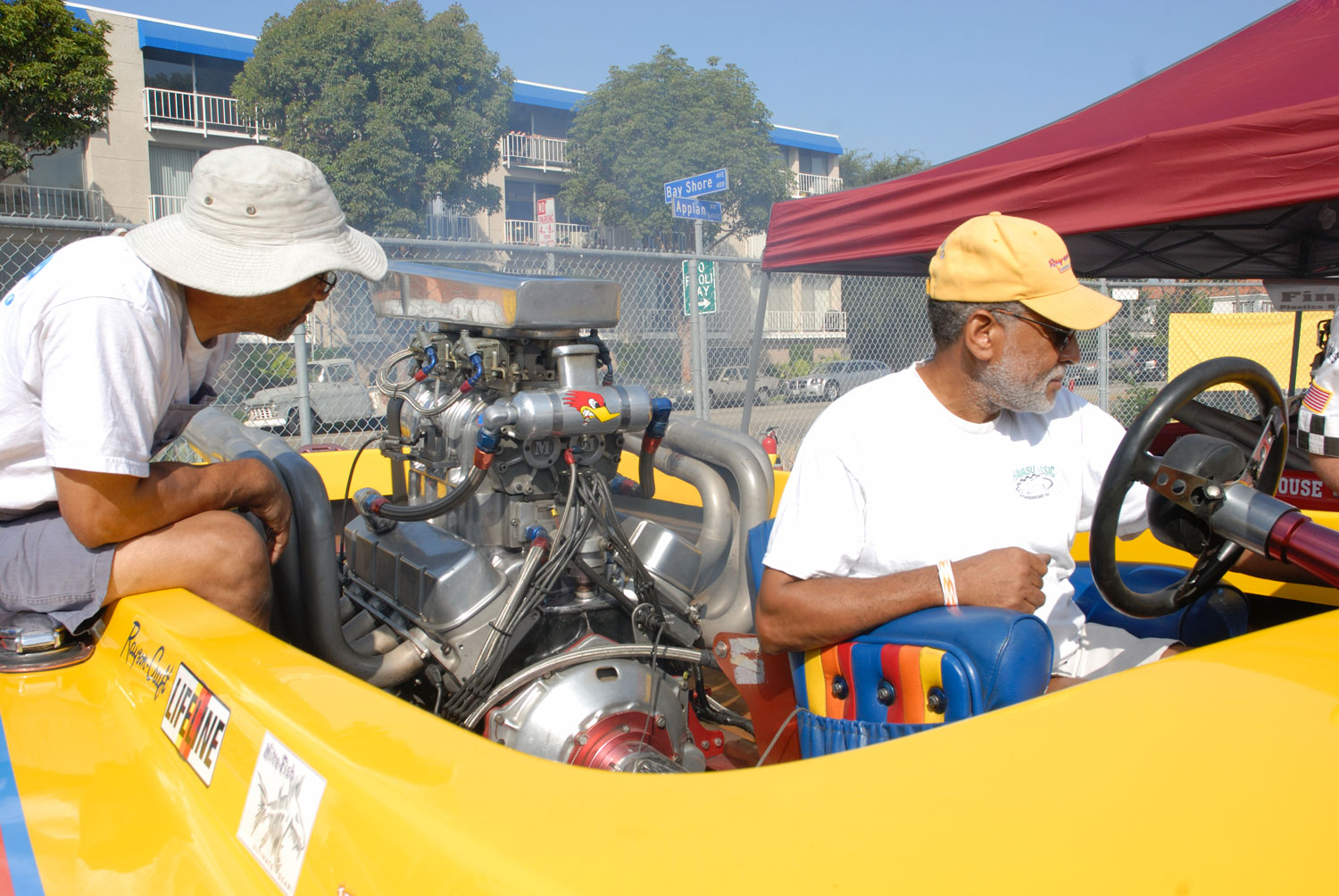 Originally, "My Pleasure" was powered with a naturally aspirated big block Chevy built by another Southern California racing legend, George Striegel of Clay Smith Cams. Later, engine builder Peter Guy contributed to the victory celebrations and most recently Stuart VanDyne is responsible for the wrench work. And as most GNs are today equipped, "My Pleasure" is now supercharged and running well in excess of 100 mph on the straightaways. 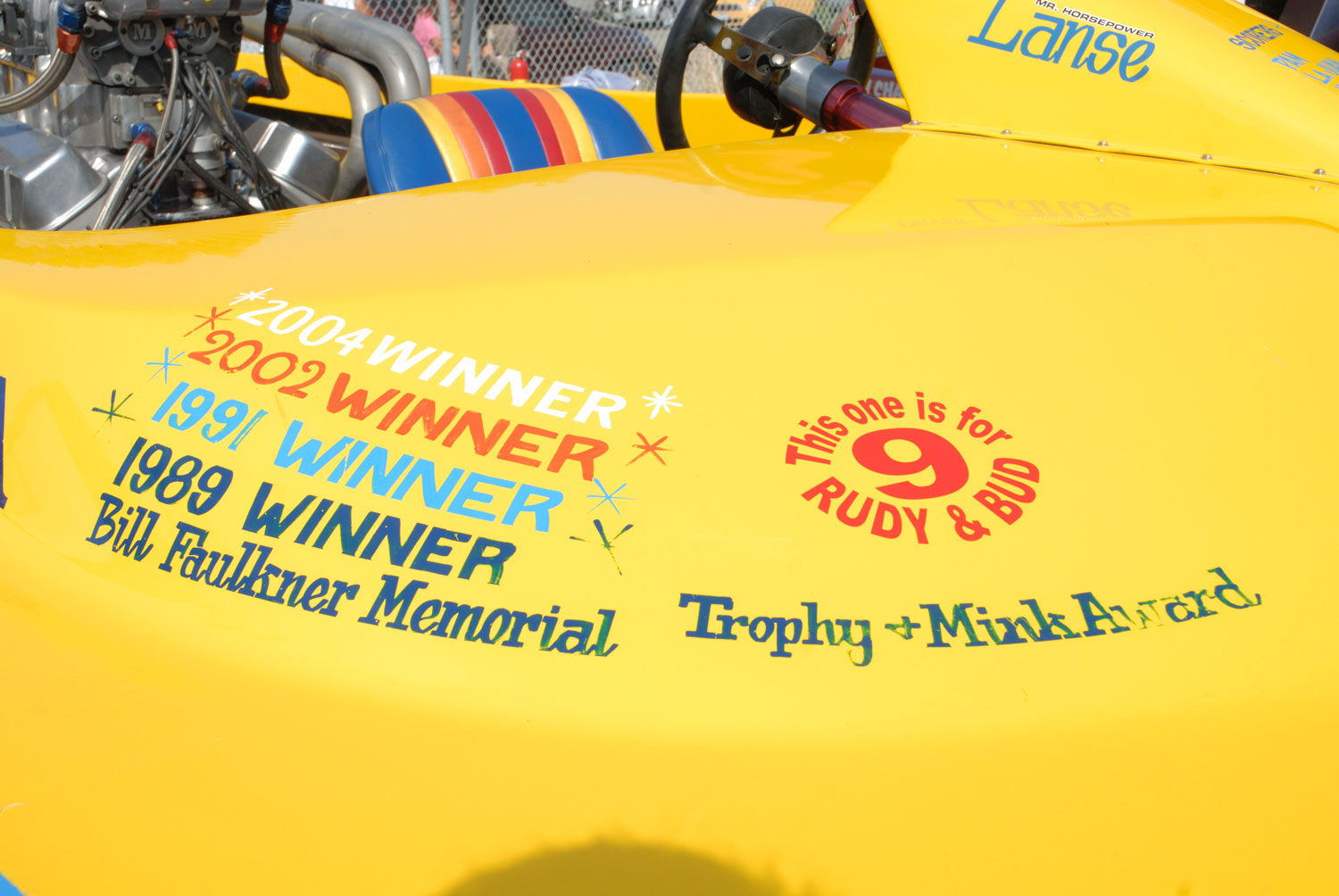 Maybe the most remarkable part of this racing odyssey is the fact that after forty years of rigorous boat racing, the 21 Rayson Craft still appears to be as solid and structurally sound as the day it was delivered. "I guess that really says a lot about how they used to build boats back in the day," said Lanse. "Being a racer himself, Rudy knew how important it was to have a strong boat and that's what he built. It just goes to show that fiberglass doesn't wear-out if done right." 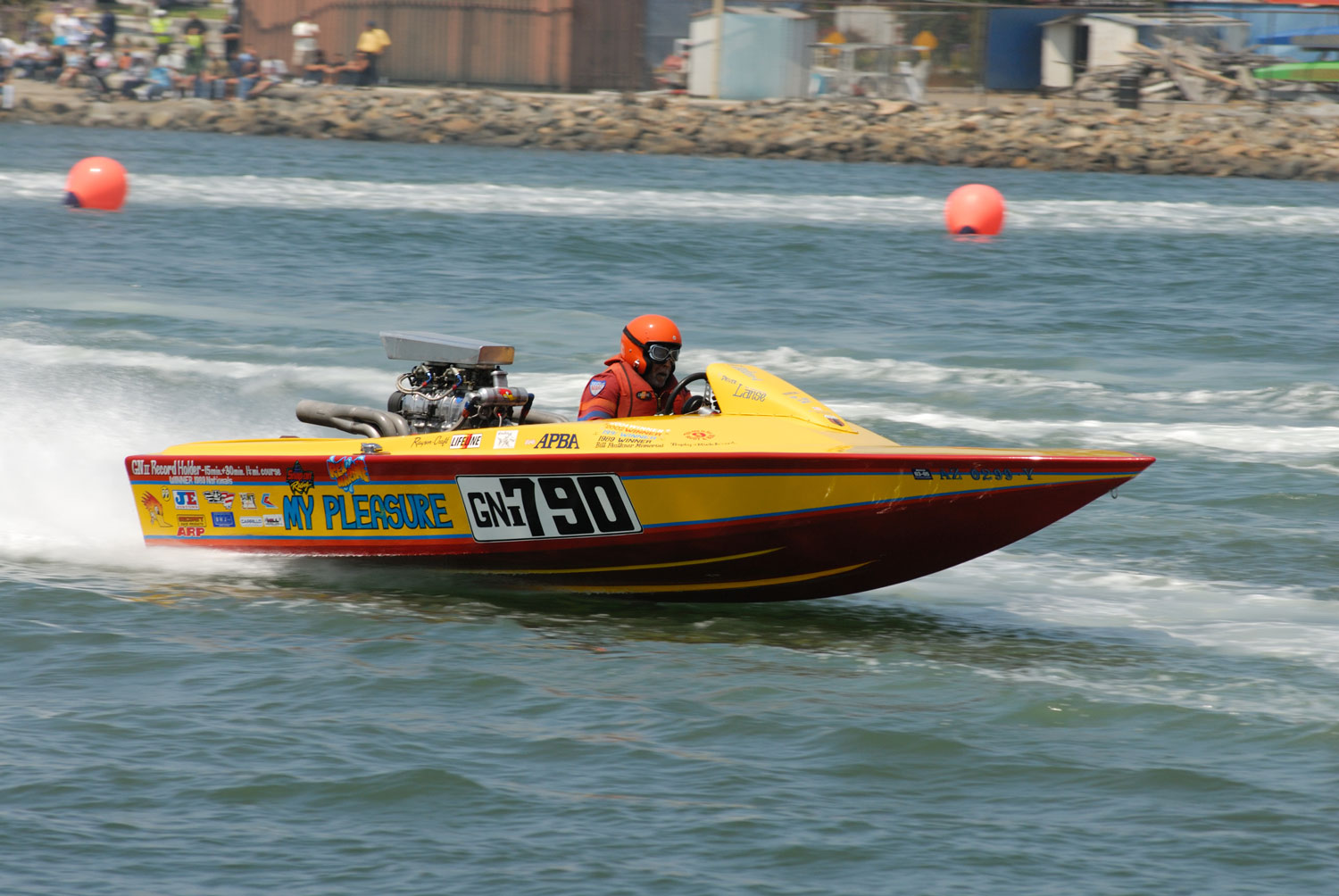 Although he's pretty handy himself, Lanse called on Grier Rush to prep the boat and keep it in winning form. "Grier has really been an important asset to my GN effort," said Lanse. "The guy definitely knows his stuff when it comes to V-drive boats and the GN class. When it gets near race time, I just turn it over to Grier. When I pick it up I don't have to worry, I know it's race ready." At the race site, Lanse's long-time crew chief, Bruce Pedro, is "My Pleasure's" go-to guy. "Bruce is part of the family. He knows this boat as well as I do. He's been a big part of our success."

For those who have seen "My Pleasure" on the race course, they already understand why the combination is so tough to beat. The boat always appears under control, smooth through the corners and fast on the straightaways. And Lanse's up-on-the-wheel and never back-off driving style never allows the competition a moment to catch its breath. As many a competitor has found out, one quick snooze, and Lanse goes by you. 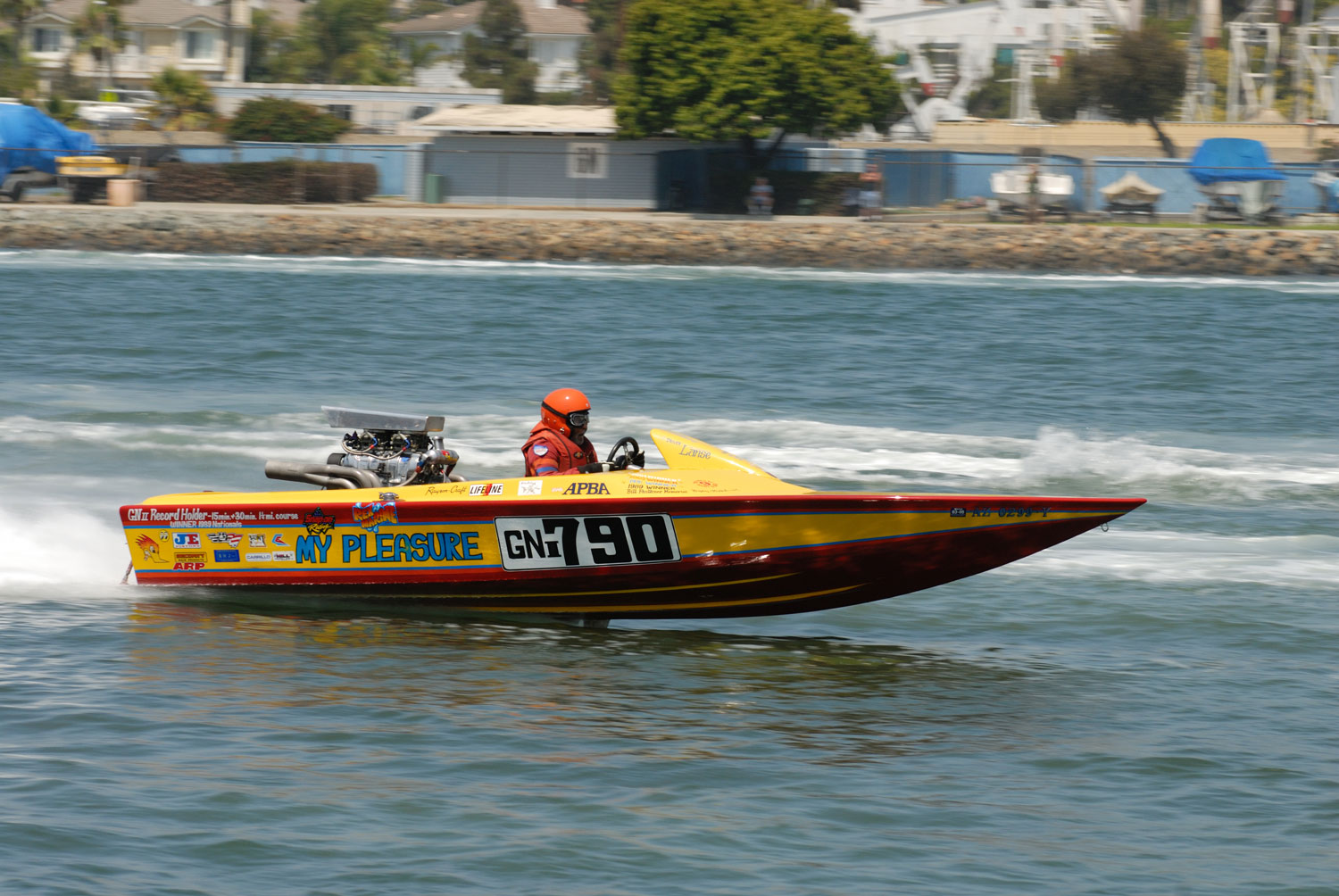 "Rudy always told me the most important thing about driving a race boat was to feel comfortable. If you don't like the way the boat is handling, just back-off and find a way to change it. I guess after forty years and many thousands of race miles, "My Pleasure" and I know each other pretty well."
Reactions: DC-88, OkHallett270, SlowMyRoll and 6 others