Shock Therapy... A 29' Shockwave With Power To Spare

Article Gallery
When Patrick and Shelly Koch of Dallas, Texas set out to replace their previous boat they had some specific goals in mind. The new float would be a larger V-bottom, with enough weight and power to run rock solid at high speeds. Add to that a large mid-cabin and enough stereo to keep the party going and the search was on for the Koch's new ride. 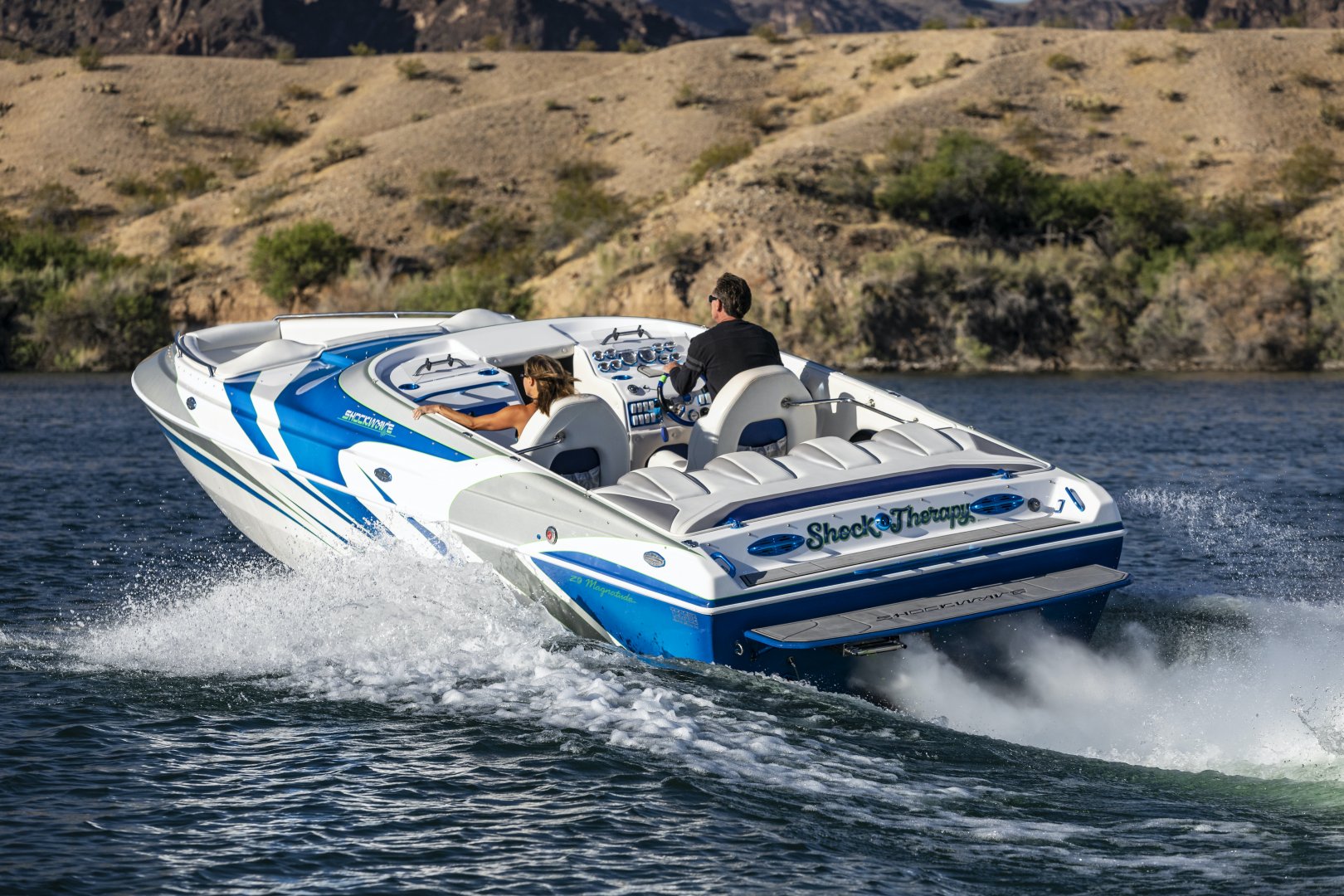 Not much time passed before introductions were made at the LA Boatshow with Bob from Shockwave Custom Boats. After discussing their needs, Patrick and Shelly felt at home with the team from Shockwave, and plans were put in motion to begin construction on a new 2017 29' Magnatude which would be powered by a potent Teague Custom Marine 1050 backed up by an Imco SCX drive. One thing that attracted the Koch's to Shockwave was their clean rigging and upscale standard features such as standard color matched billet trim. The interior was outfitted with white vinyl with blue and silver accents throughout keeping with the timeless color scheme of the hull. 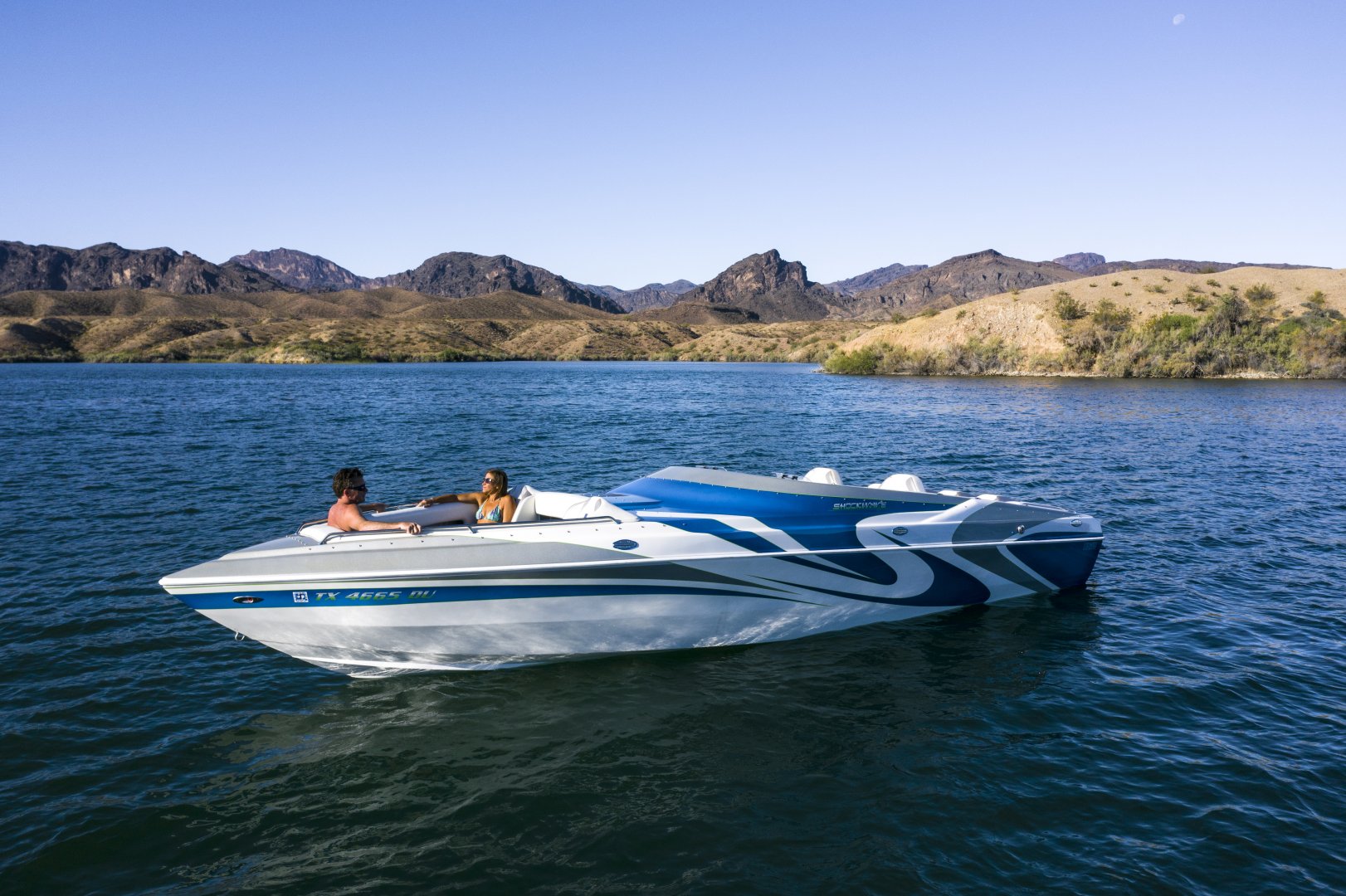 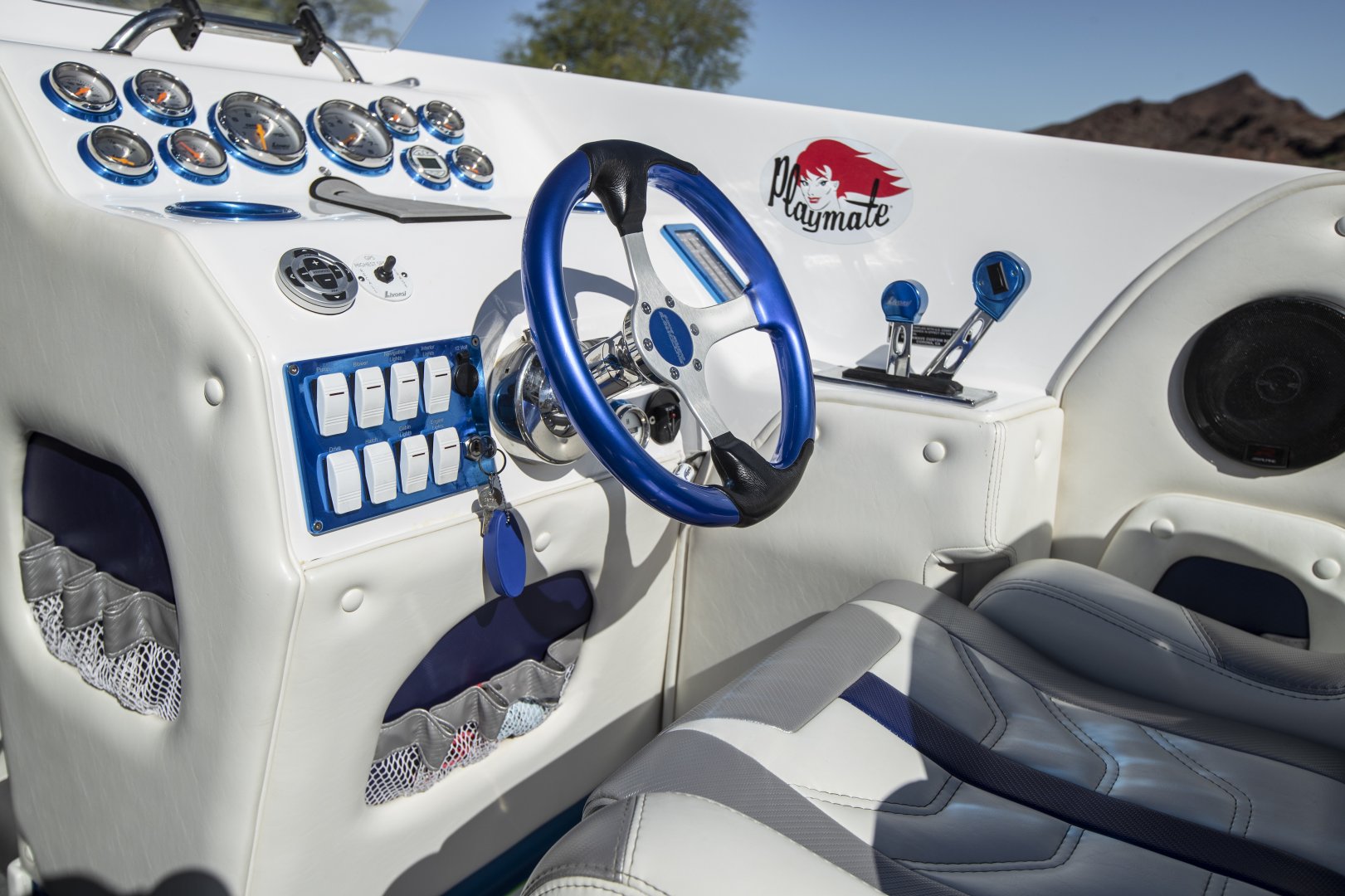 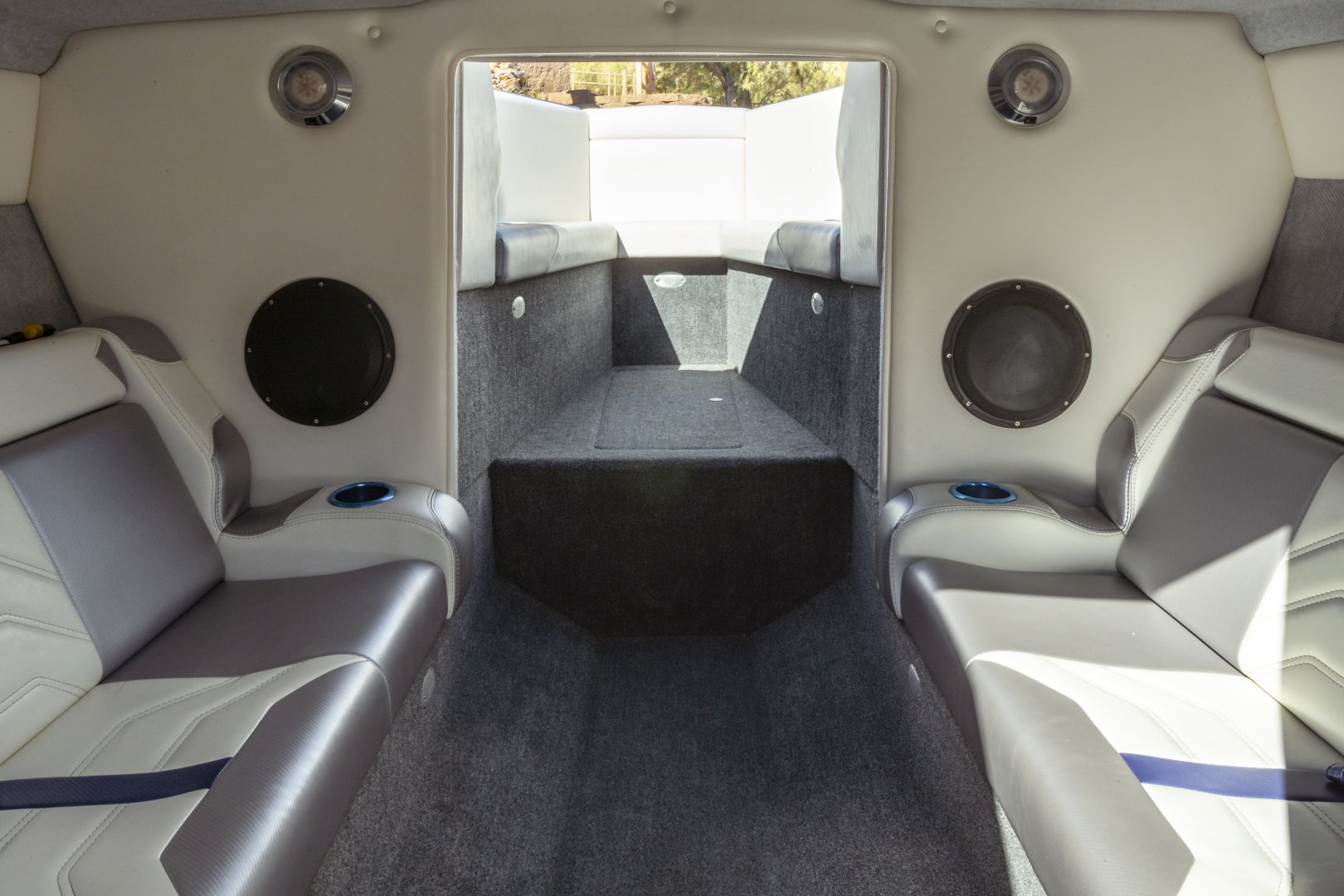 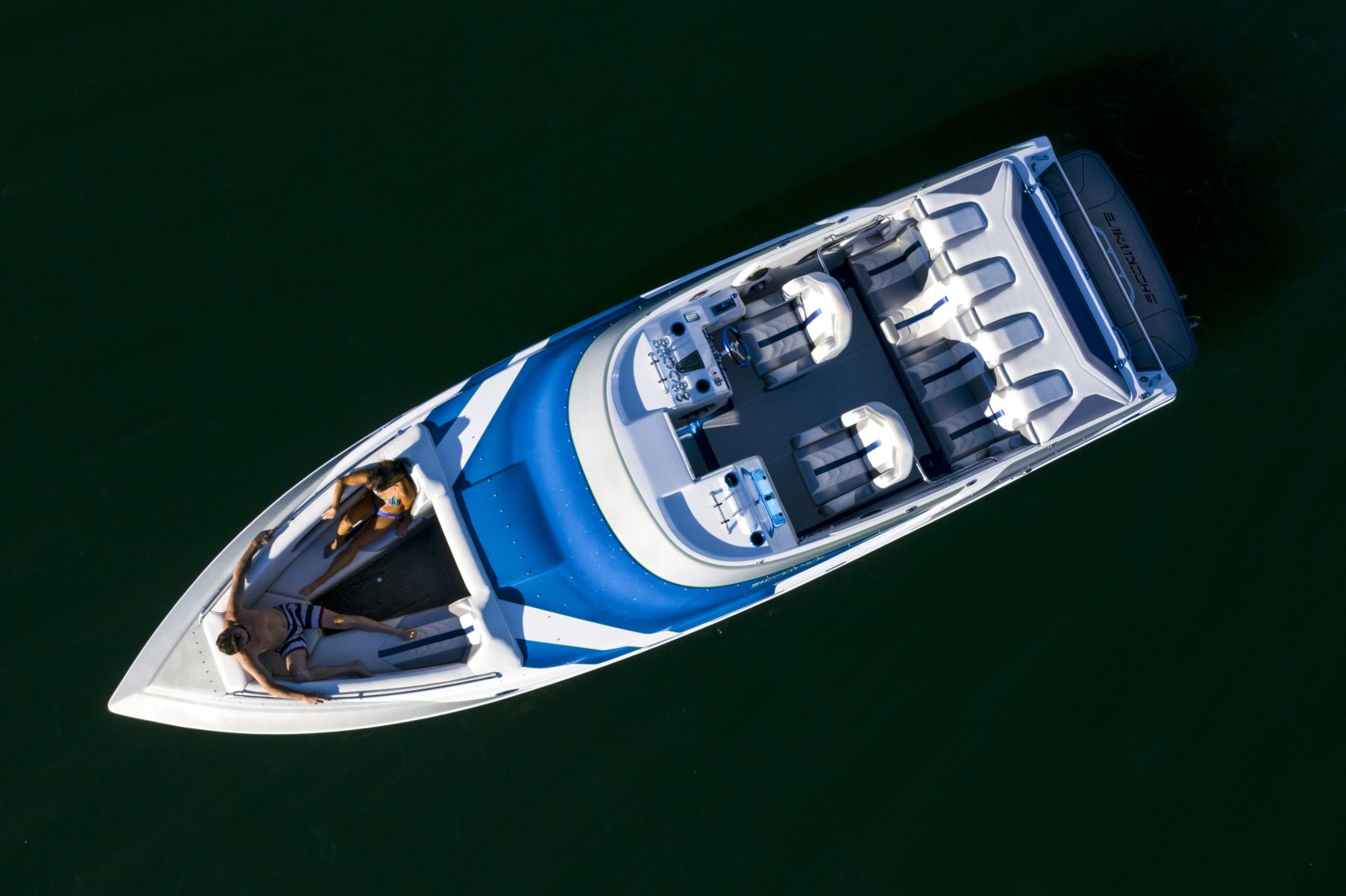 Once the original motor was due for a refresh, Patrick discussed his options with famed engine builder, Bob Teague of Teague Custom Marine. The decision was quickly made to give the boat a little shot in the arm in the way of an additional of 200 horsepower because no one ever said: "I wish I had less power". And with that additional power the boat was now everything that Patrick and Shelly could ask for from a boat. All the practicality of an open bow V-hull, the added privacy and protection from the elements of a roomy mid-cabin, and a fire breathing power plant under the hatch. All of this built into a hull that could handle anything the local waterways could throw at it and remain extremely stable at triple-digit speeds. The 29' Magnatude aptly named "Shock Therapy" is just the ticket for the Koch's to escape the average day to day. 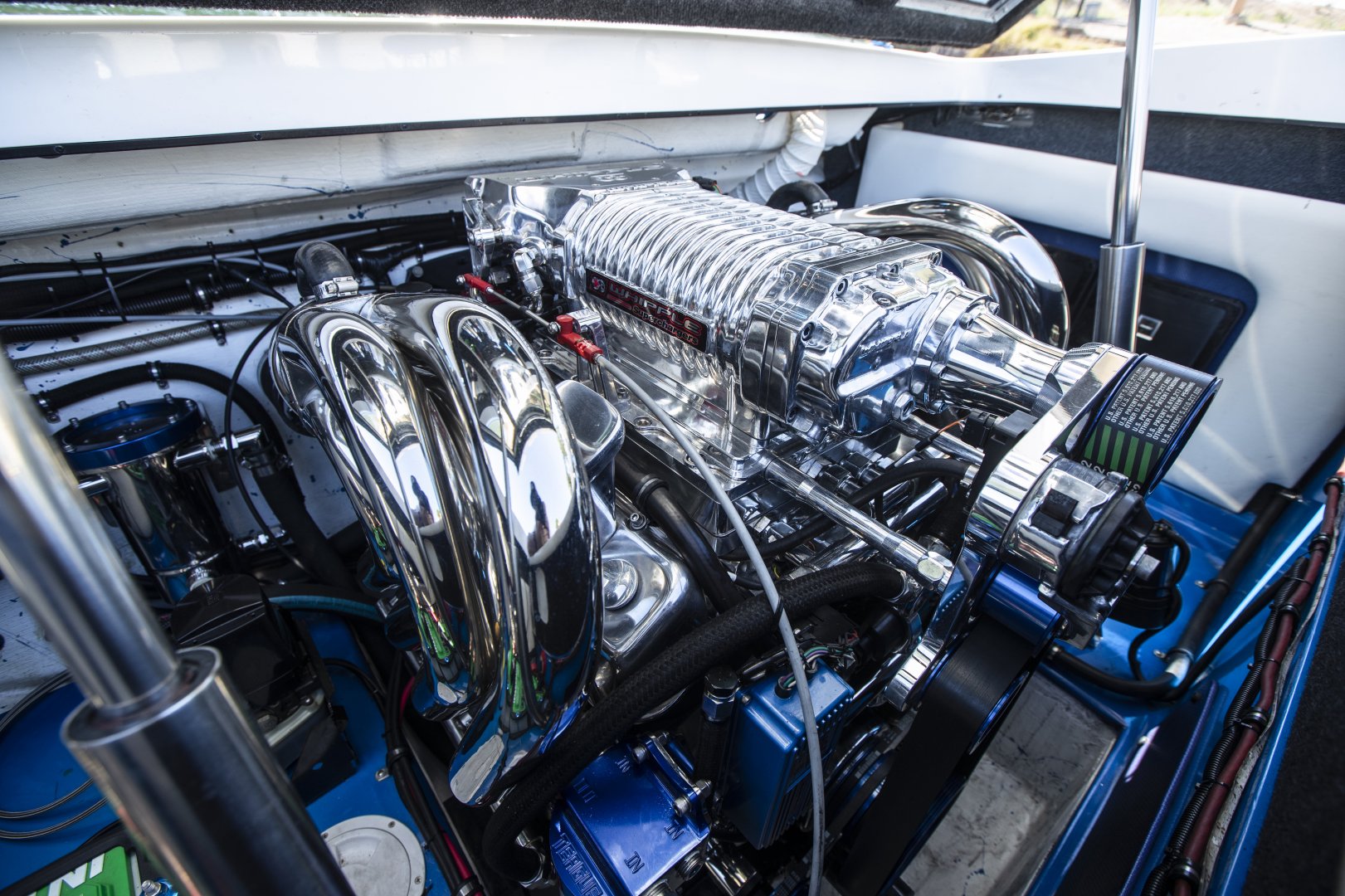 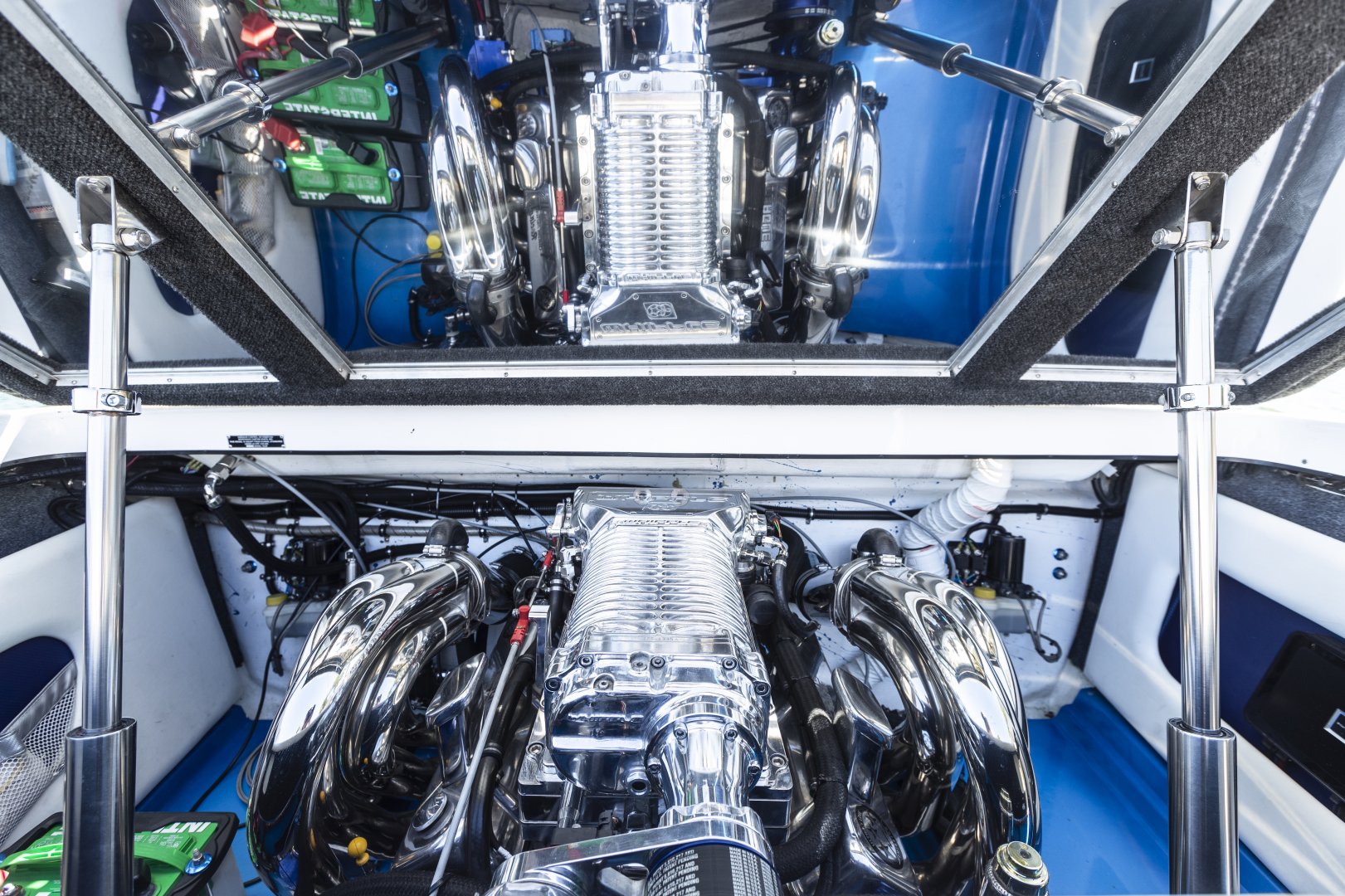 For those wondering what 1250 worth of Teague horsepower can do in a 29' V-bottom Shockwave... On the day of the shoot, Patrick and Shelly strapped on the vests and buried the throttle as the GPS speedometer climbed up to 104 mph with more to go, but Shelly decided that was quite enough for that day. Not bad at all for big V intended to carry the whole family up the lake to your favorite cove. 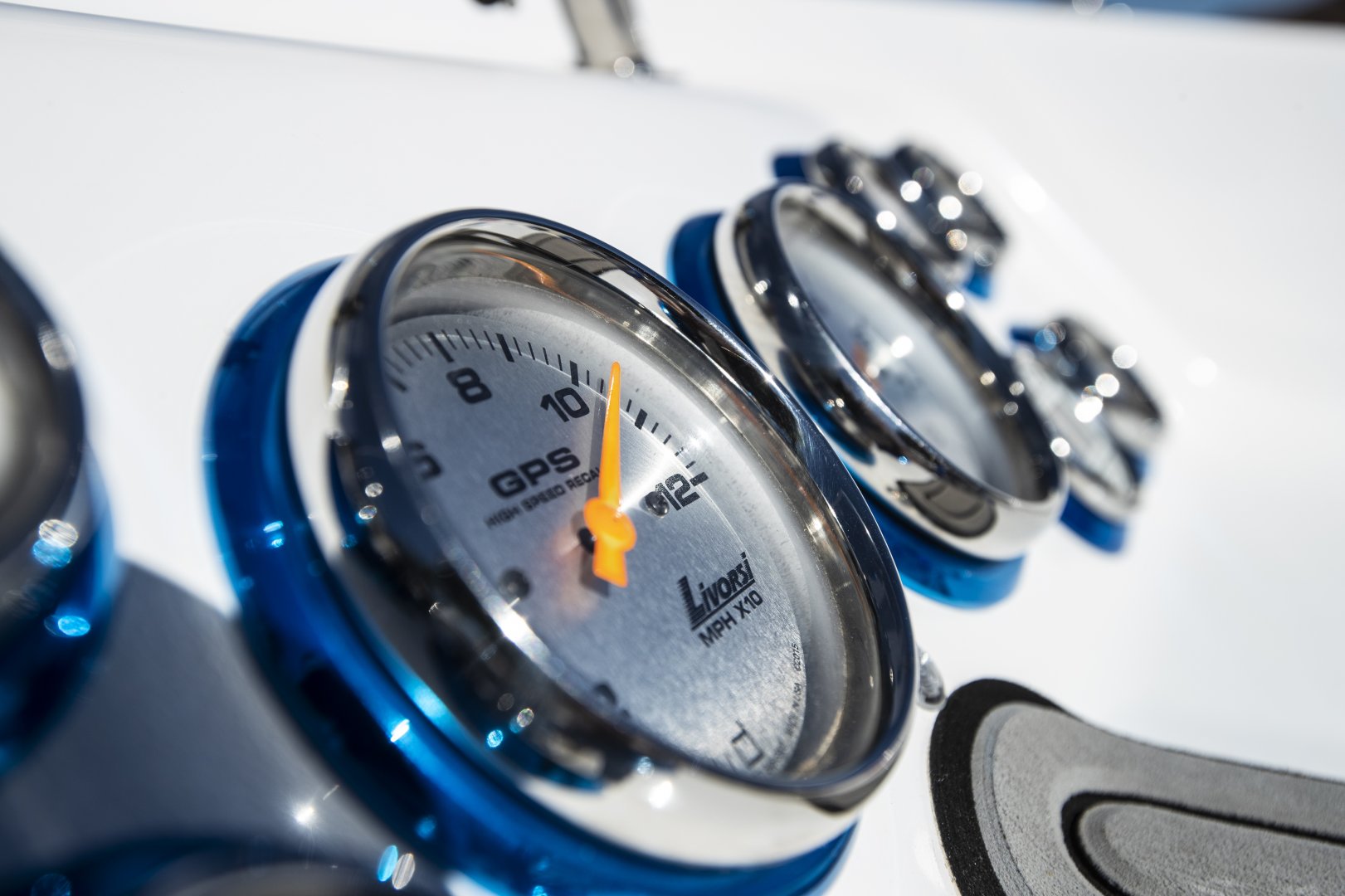 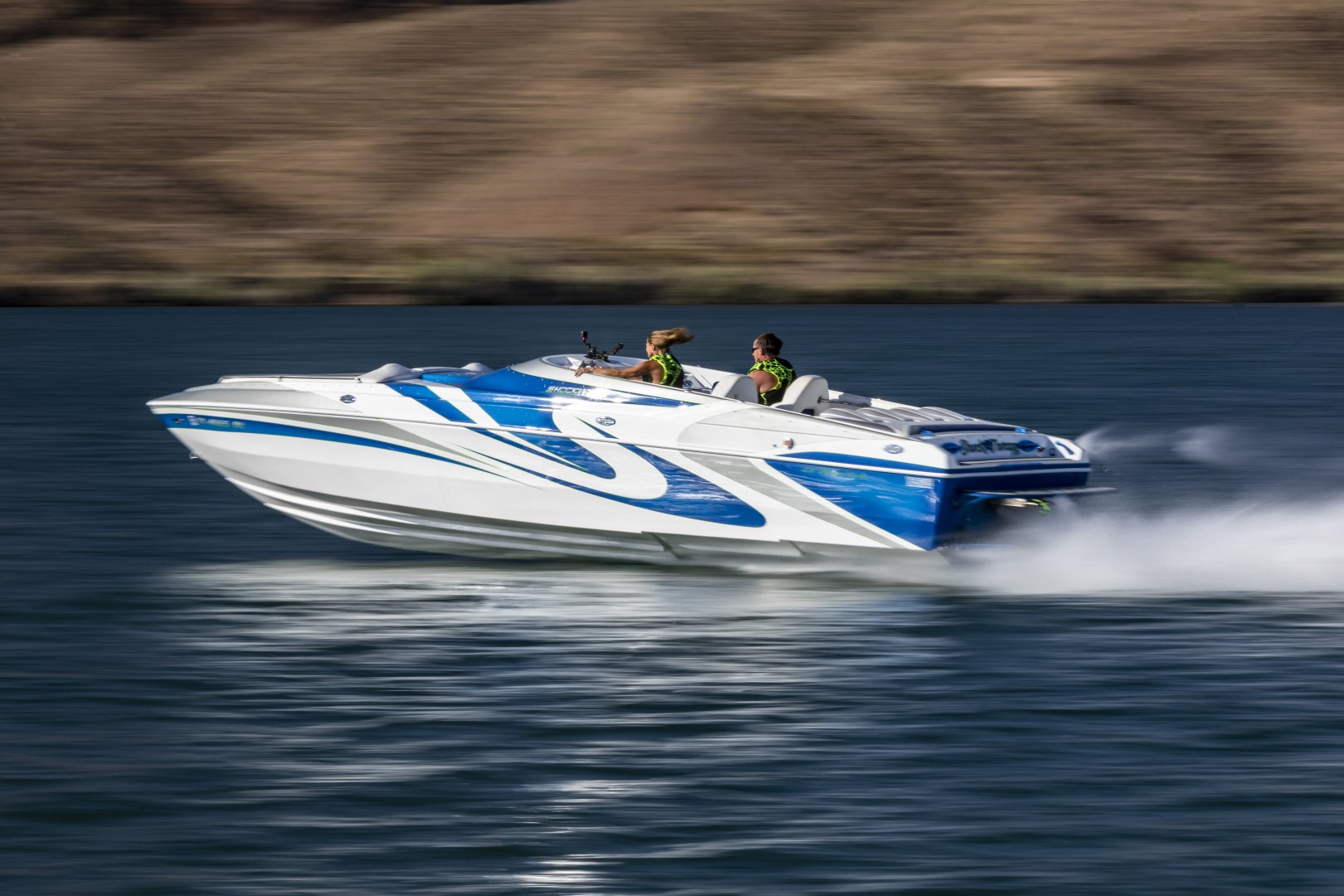 "Not only is this boat great but the people we have met on the west coast from the Shockwave folks Bob, Greg, and Jennifer, to the time spent with Bob Teague and his team, to our great experience with the River Dave guys Tom and Carter. We want to thank all of you for continuing our great boating life." Patrick stated when asked about his experience with boating on the west coast. If the Koch's enthusiasm and hospitable nature is any indication of boaters in Texas, we hope many more folks from the Lone Star State come to visit soon!