Article Gallery
The Lake of the Ozarks annual Shoot-Out competition is a potent cocktail of fast hulls and mega horsepower attracting the fastest boats from all parts of the country. It’s an exercise in excess where bigger is better. But apparently, not always if your Brendan Alvarez from Miami, Florida. 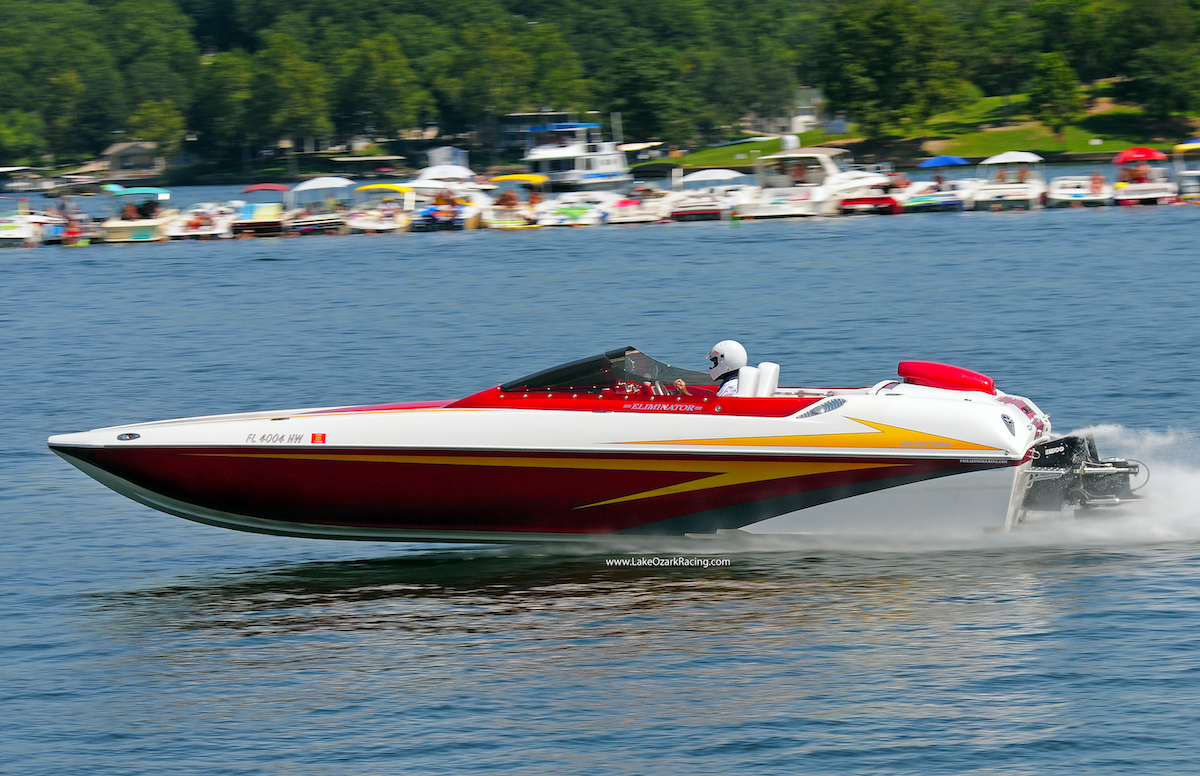 Back in late October 2007, Brendan wandered the Ft. Lauderdale Boat Show, not in search of a motoryacht, but looking for something to replace his Mirage Jaguar tunnel hull with a 2.5 liter Mercury drag outboard. Not that his Mirage was too slow, but not quite as practical or reliable to his liking. Wedged in among the many multi-million dollar vessels on display was the Eliminator Boats exhibit. Conversation quickly turned into paperwork and Brendan ordered a new 25 Eliminator Daytona with the convenient caveat that it would be delivered the following February and used as a display boat at the Miami International Boat Show. Coast to coast transportation delivery problem solved.

“I wasn’t sure Eliminator would be interested in selling me a boat without an engine, but I was assured it wasn’t an issue,” said Brendan. “It might have been if I had told them what I was planning to do in the way of power.” From Brendan’s perspective, massive amounts of cubic inch displacement is highly over-rated. And that’s not a theory, it comes from over twenty years of development, engineering and building some of south Florida’s most lethal small displacement turbocharged drag motors. His company, PSI Racing, has earned a reputation for doing ‘more with less’ when it comes to extracting large quantities of horsepower from relatively small engines. But would his automotive expertise translate into similar success in the performance boat realm?

Quite emphatically, that question was answered at LOTO in 2012. In a one mile straightaway accelerating from a sub-40mph rolling start, the digits on the official radar gun showed a staggering 134 mph! Should be noted this was 18 mph faster than the nearest competitor! The achievement becomes even more impressive when you factor in Brendan’s power plant was only one-third the size of those he was competing against. 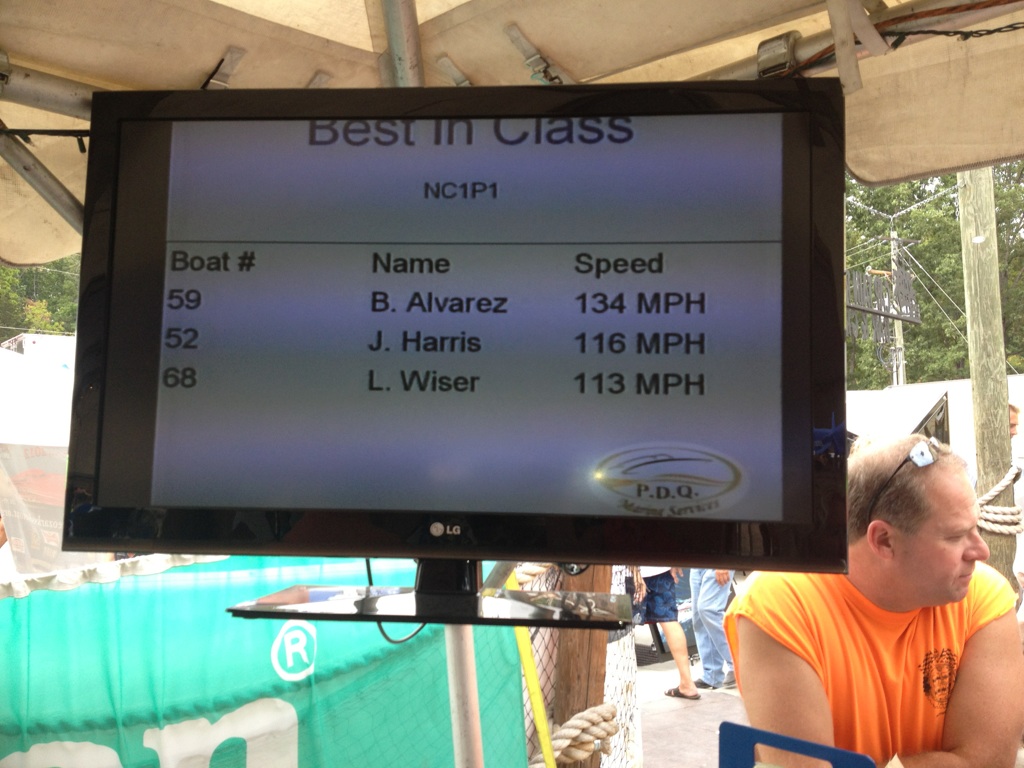 But PSI Racing isn’t just an engine shop. Brendan is equally adept at custom fabrication projects as evidenced by the stainless steel water jacketed custom exhaust headers he made for his Daytona along with a host of other parts needed to complete his one-of-a-kind creation. 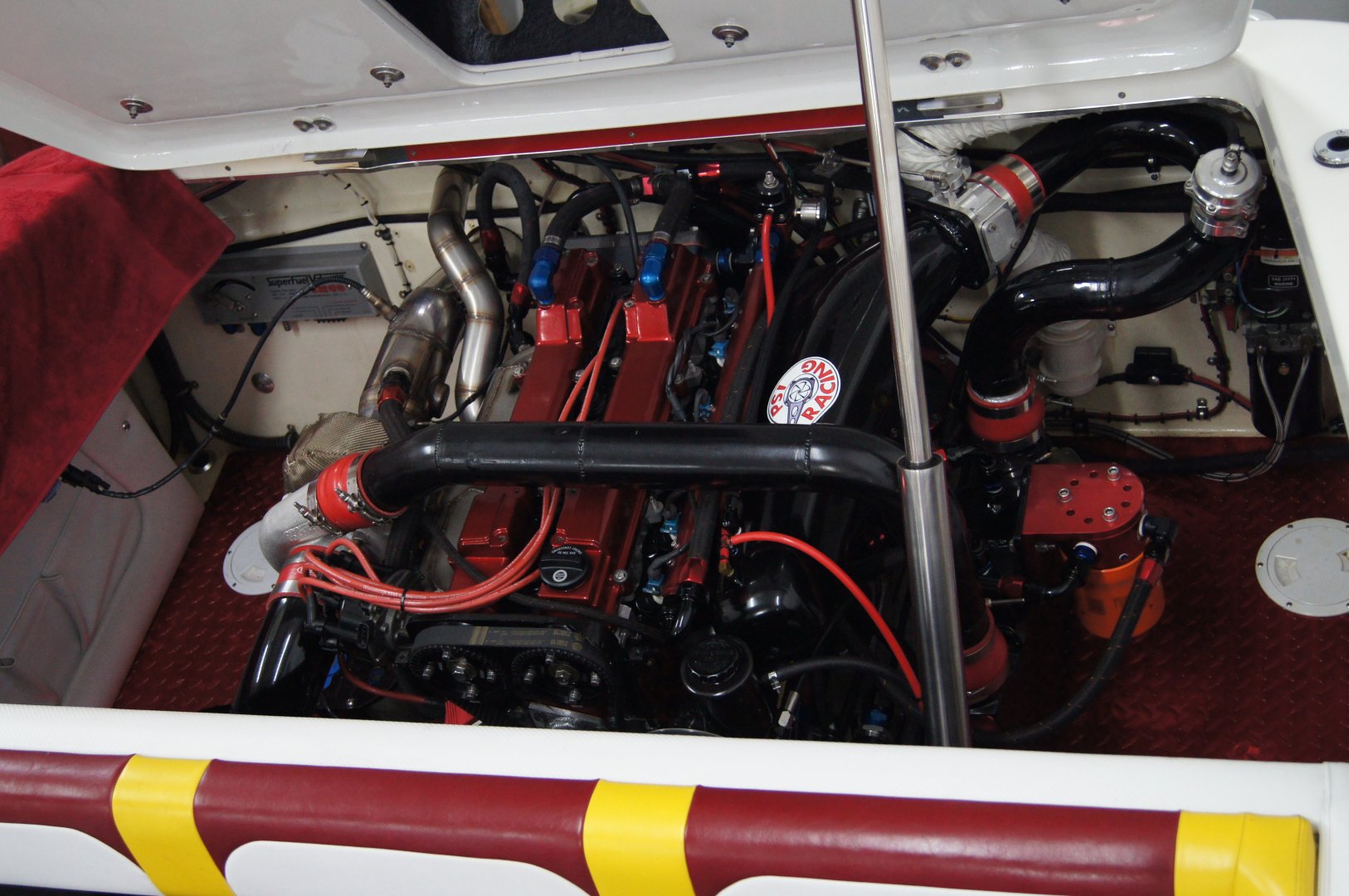 On the business-end of the 25 Eliminator is an IMCO SC drive with a two-inch shorty gearcase, an IMCO extension box and IMCO hydraulic external steering. OffshoreOutdrives in Ft. Lauderdale, Florida helps with the maintenance and speed secrets, one of which is a seldom used 1.65:1 gear ratio option which actually reduces propeller revolutions compared to the stock 1.5:1 Bravo drive ratio. Brendan also relies on the expertise and input from Grants Custom Rigging, also in Ft. Lauderdale, in order to dial-in every last mile an hour from the set-up. 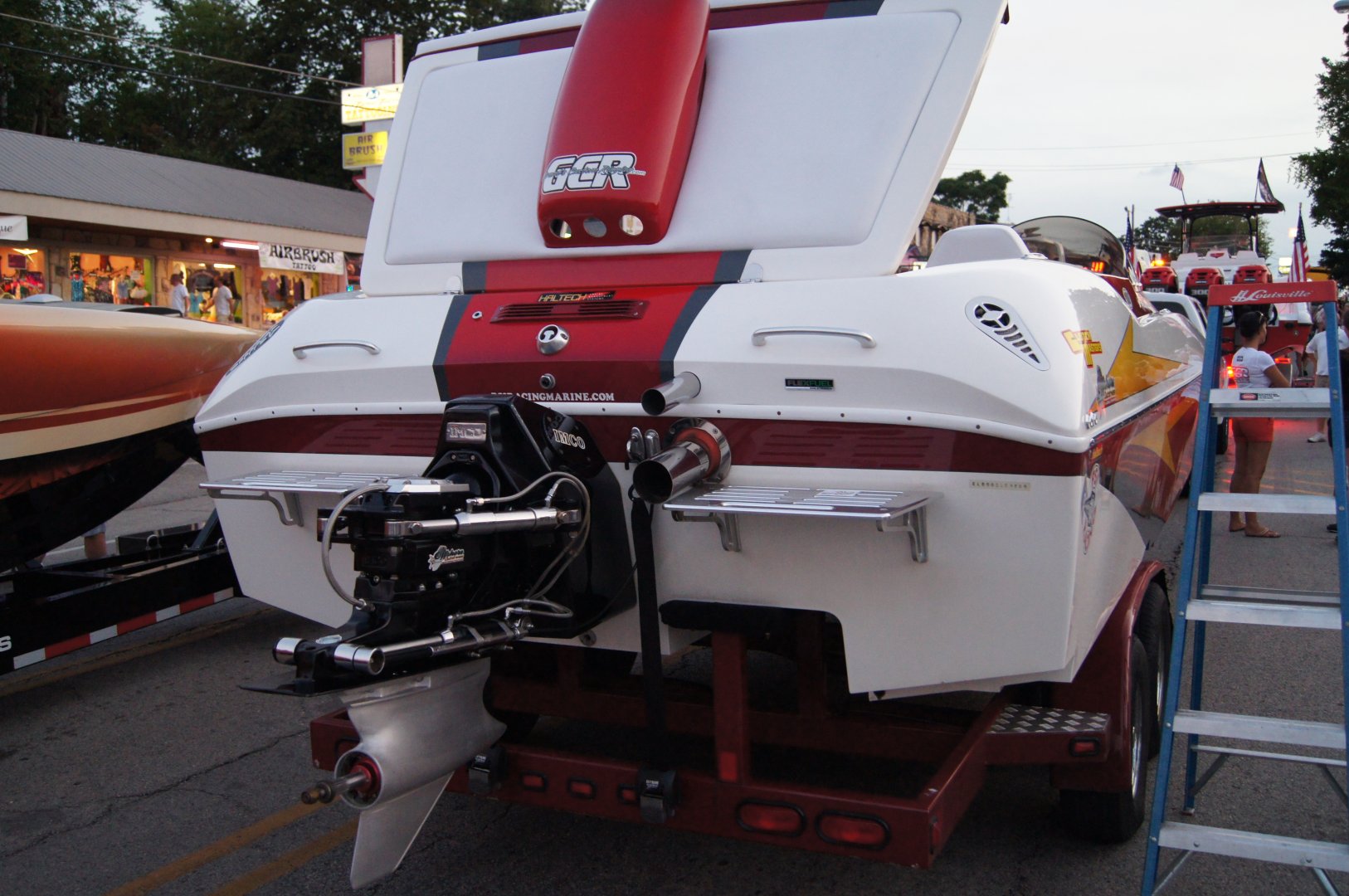 When asked how it felt to accompany his 25 Daytona down the LOTO course at 134 mph, Brendan replied, “It was really a very comfortable ride. The hull doesn’t have any tendency to porpoise, even in the mid-range. It’s just a matter of pointing it in the direction you want to go and pushing the throttle stick as far forward as it will go.”

Although a lot is happening at 134 mph, Brendan did take a second to look at the gauges. His tachometer was buried at 8,100 rpm and his boost gauge for the turbo was at 32-34 psi. If you want to convert that into horsepower numbers, it comes out somewhere on the plus side of 1000 HP or an amazing 5.5 horsepower per cubic inch. “Given the size of the turbocharger and its CFM capacity (ability to move a specific volume of air at a certain rpm),” remarked Brendan, “I’m confident that we’re well within that performance output range.”

“For the LOTO run, I used a Lab-finished 34-pitch Bravo 1 four-blade,” continued Brendan. “When I’m using the boat for fun, I usually run a 30-pitch wheel (top speed about 121 mph) which makes it easier to get on plane. The advantage of the turbo really doesn’t come in until about 2,500 rpm so I fabricated my own drive aerator to let the prop slip and build up rpm during initial acceleration. It seems to work just fine.”

We'd like to congratulate Brenden on his 2012 win once again as we are looking back on some of the amazing stories LOTO has had over the years, while we are ramping up to this weeks LOTO Shoot Out!