Article Gallery
Words and Photos by Tom Leigh (Tommy Gun Images)​
In the world of performance boating, new designs often come as an adaptation to and extension of new propulsion technology. The resurgence of outboard engine technology from companies like Mercury Racing and their 400R and now 450R four-stroke outboards has sparked an undeniable shift in the high-performance boating marketplace. As Mercury Racing and others have begun to explore the limits of four-stroke outboard power, so have boat manufacturers begun exploring hull design to complement and exploit the efficiency and power-to-weight advantage of the modern powerplants. Offshore powerboat racing has seen increased participation in outboard classes and with the introduction of the UIM XCAT World Championships, outboard catamarans have become a force to be reckoned for both racing and pleasure boating. One manufacturer that is taking their racing pedigree and applying it to their pleasure craft is Victory Team out of the United Arab Emirates and US builders have taken notice. 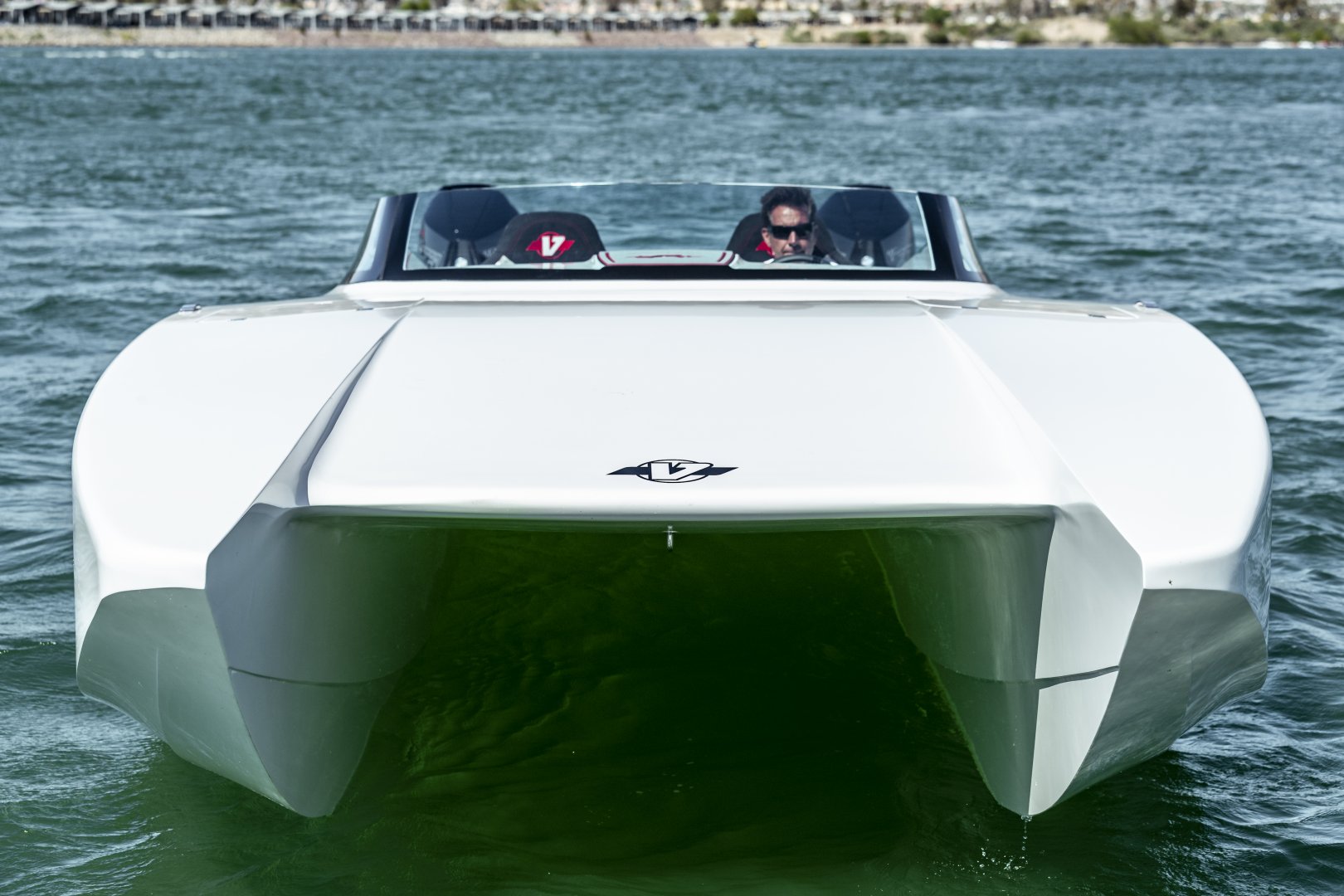 Off-road racing enthusiasts will recognize the name Dale Dondel. Dondel owns Racer Engineering, a leader in the sand car and off-road racing industry, and is equally a performance boating enthusiast having owned many offshore catamarans from various builders. Dondel was familiar with Victory Team due to their success in offshore racing and more specifically, XCAT Racing. When he learned that Victory Team would be distributing boats to the US he knew he had to be involved. Through talks with Ricky Maldonado, Victory Team's US representative, Dale learned that Victory Team indeed was familiar with his own product since his offroad cars are quite popular on the dunes of the UAE. With that, Dondel and partners formed Victory Powerboats West and became the official west coast dealer for Victory Team. Dondel will take on the role of President and CEO with other key members of the organization taking on various roles within the company. 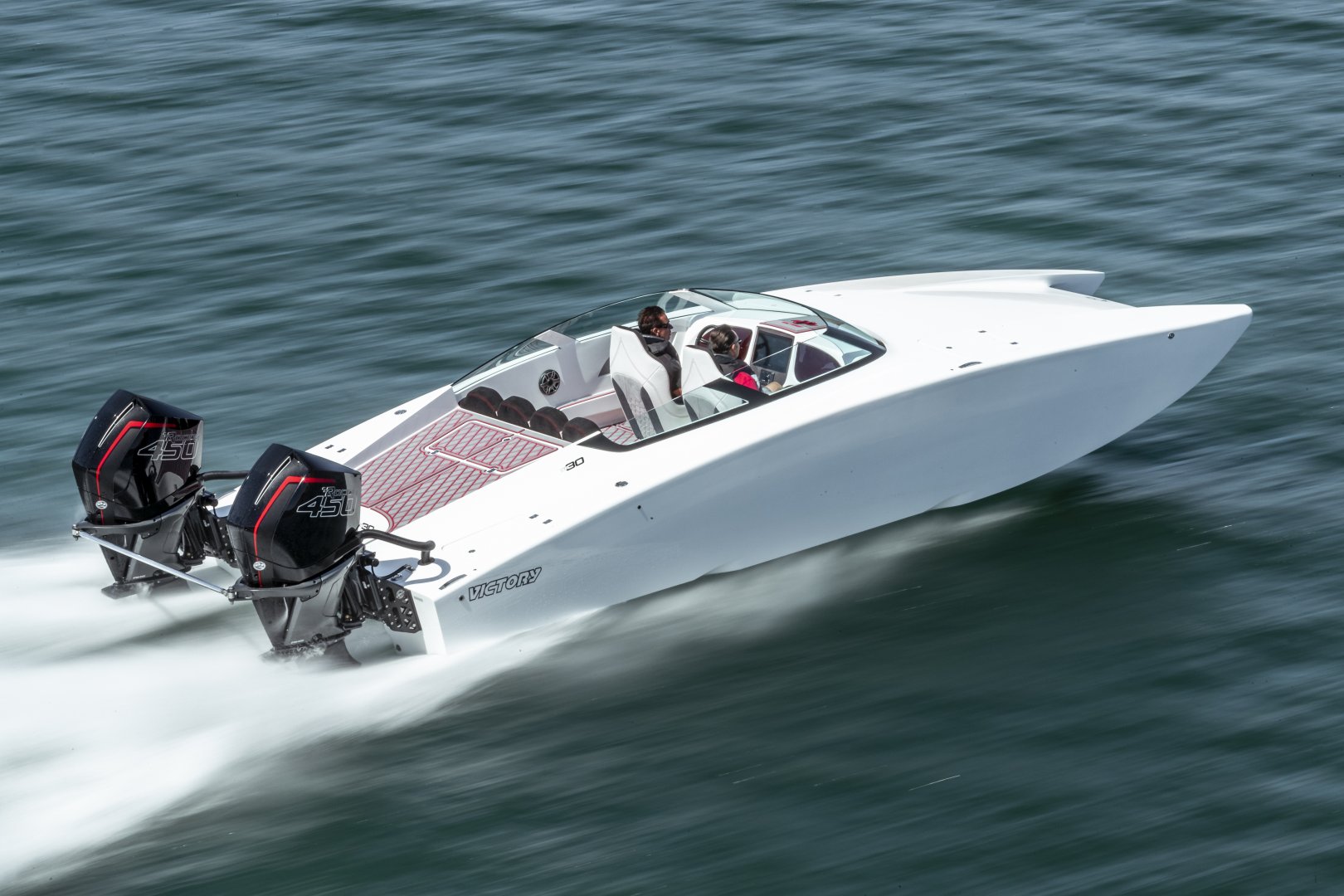 Victory Powerboats West initial lineup will include both 30' and 36' catamaran models with various deck, power, and interior options. Recently we had the opportunity to shoot the first production VTX 30 to come out of the Victory Powerboats West facility in Temecula, California. One word describes the look of the new VTX 30 rigged with Mercury Racing 450R's... Clean! Clad in all white and trimmed with black and grey interior with red stitching and accents throughout, the look of this new cat is all business with just the right amount of luxury. Interior and rigging are handled in house and full custom options are available to suit any taste. The hulls themselves only take about 60 days from initial order to arrive at the Temecula facility and complete boats can be on the water in about 5 to 6 months from order date. As for the price, the boat ranges from $325K-$400K depending on power and options chosen by the buyer. 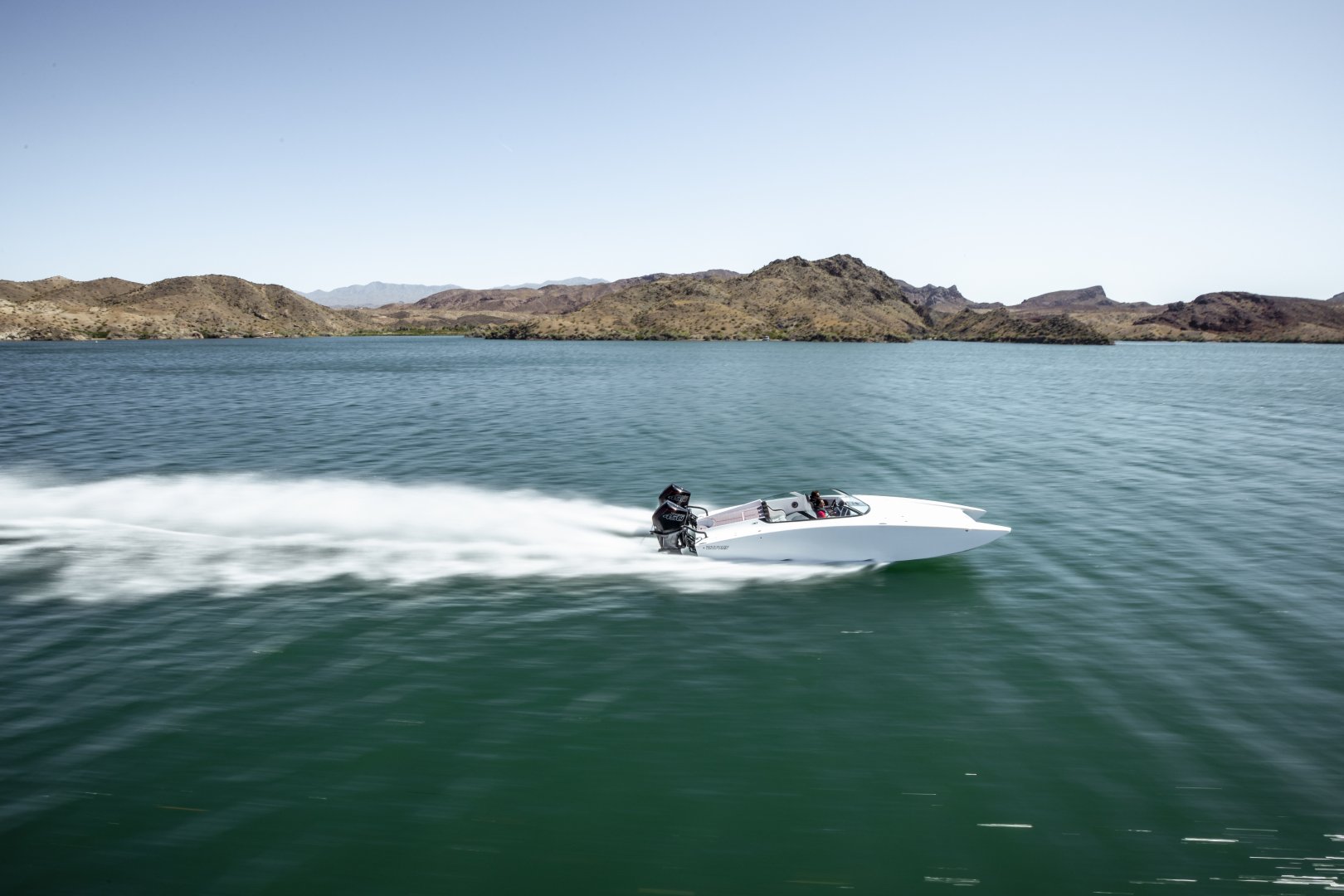 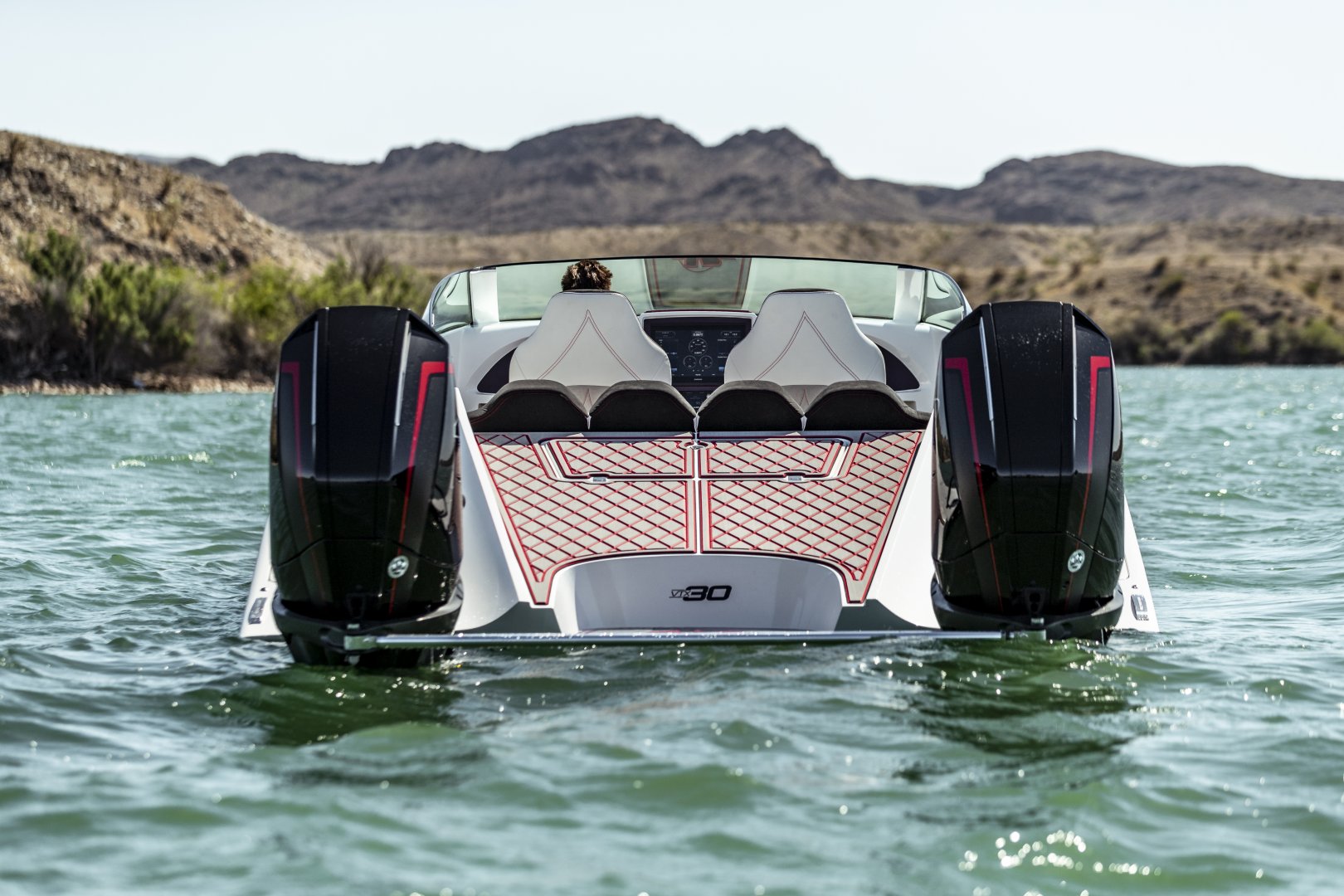 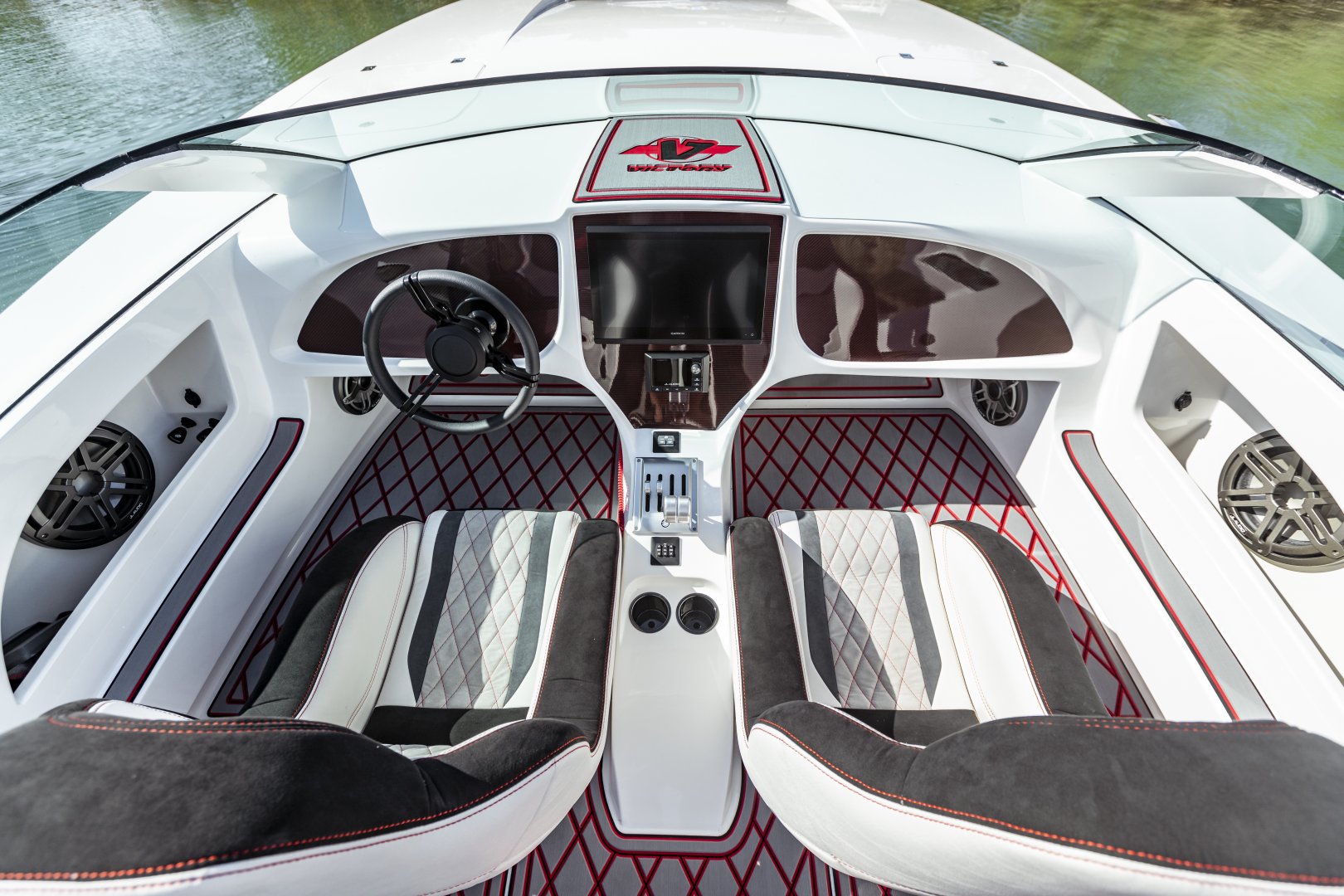 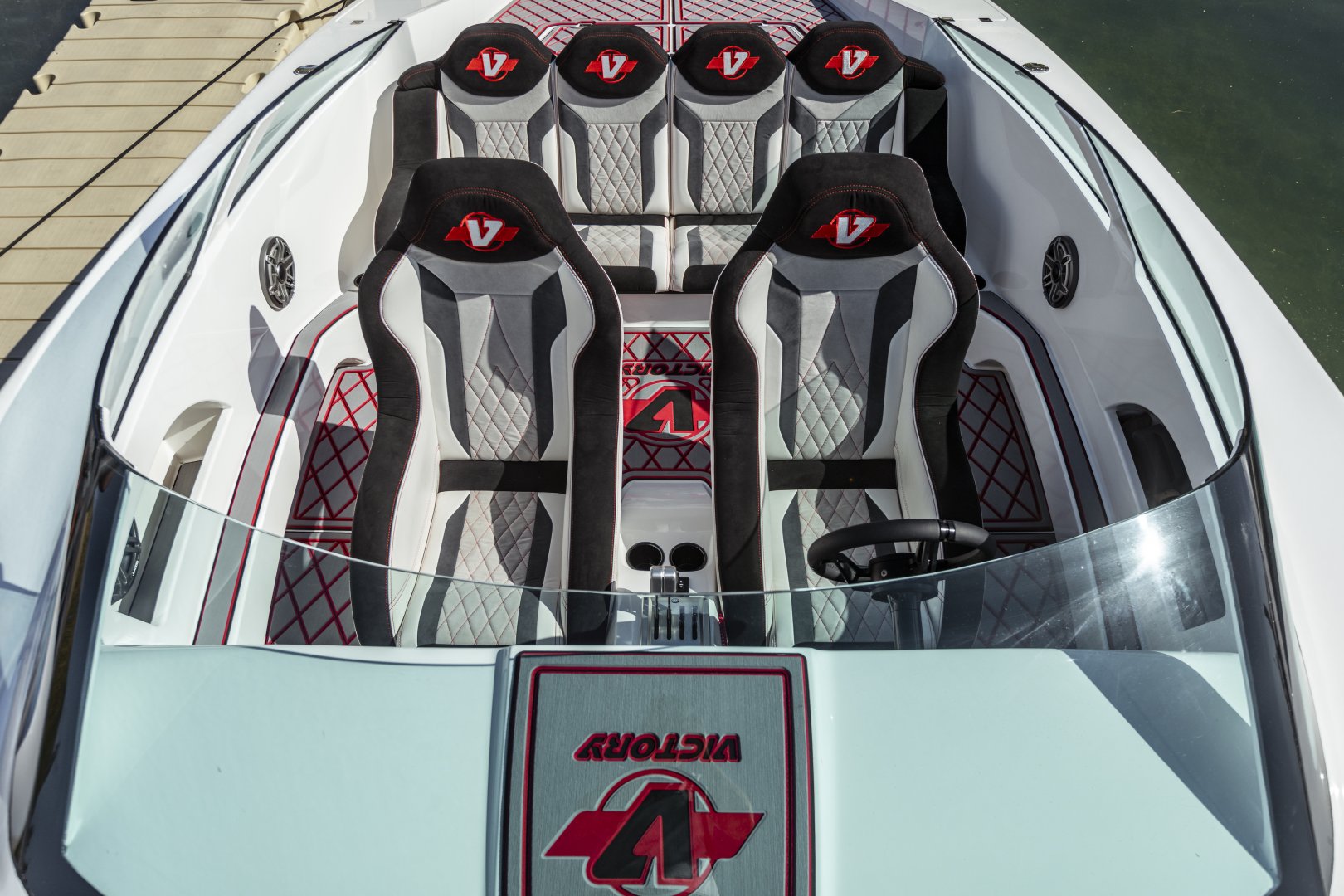 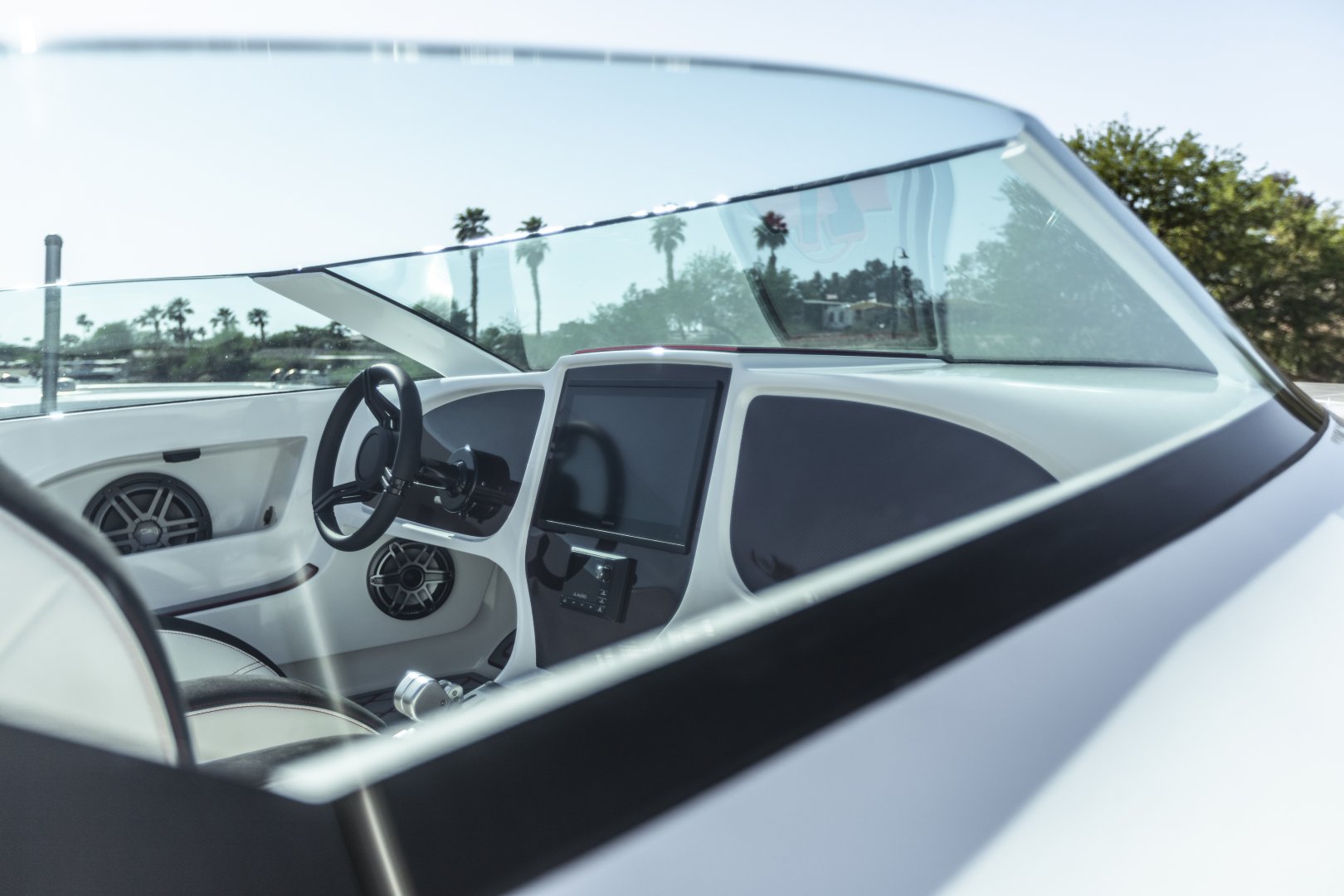 The boat's debut in Lake Havasu received rave reviews from those lucky enough to get some seat time in her. With high marks for acceleration, speed, and overall handling, the new cat in town seems to be gaining fans with each outing. The team at Victory Powerboats West couldn't agree more as everyone on the team feels the VTX30 is the best performing catamaran in its class. As for big water performance, it stands to reason that this machine will continue to impress based on Victory Team's offshore racing pedigree and results on the World Championship stage. The boat has already run in the 130's on the rev limiters with 5 blade 38's bolted on. Needless to say the new VTX30 from Victory Powerboats West has the performance to hold its head high in any company. 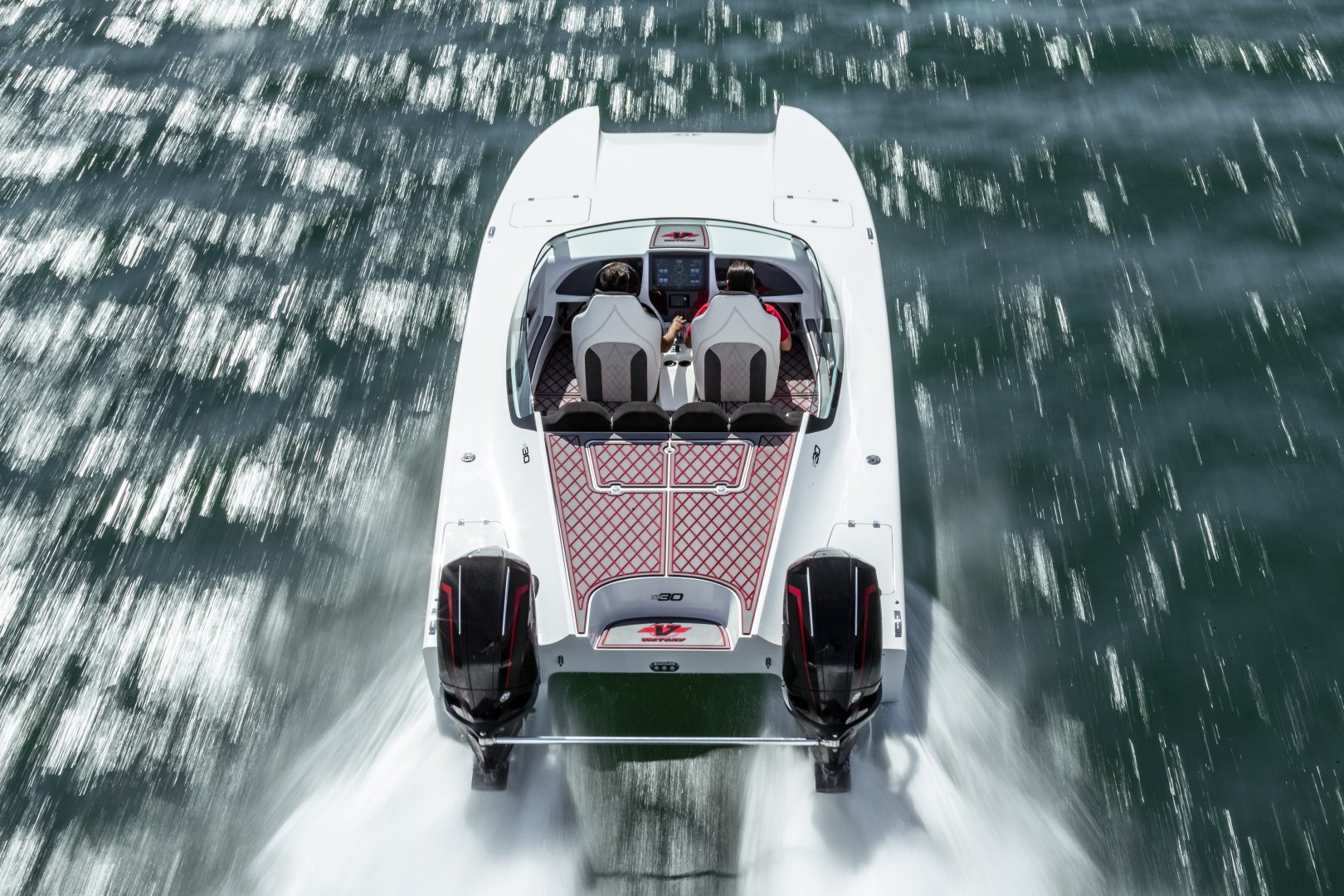 With a new 36 already in production, Victory Powerboats West is off and running. With the success and positive response garnered by the VTX30 there is little doubt that the west coast has a new player in the outboard catamaran game!