Prior to the 62nd edition of the famed Fort Lauderdale International Boat Show (FLIBS), Volvo Penta of the Americas and SŌLACE Boats teased the boating world via social media with the hashtag #expandyourboatingexperience. Pensive minds pondered, seafarers speculated, and then opening day the 27th of October arrived and the wait was over – the Volvo Penta diesels were let out from under the center engine hatch! Gracing the front slip on SŌLACE Boat’s flagship 415CS was the first-ever fully integrated Volvo Penta propulsion system with twin D6-440 diesel Aquamatic DPI inboards.

It gets better. Why stop with almighty diesels? This particular SŌLACE 415CS luxury center console also came equipped with Garmin’s new 360 Surround View package. We’ll explore the key elements of this stress-reducing docking system after divulging some details about the pair of diesels aboard. 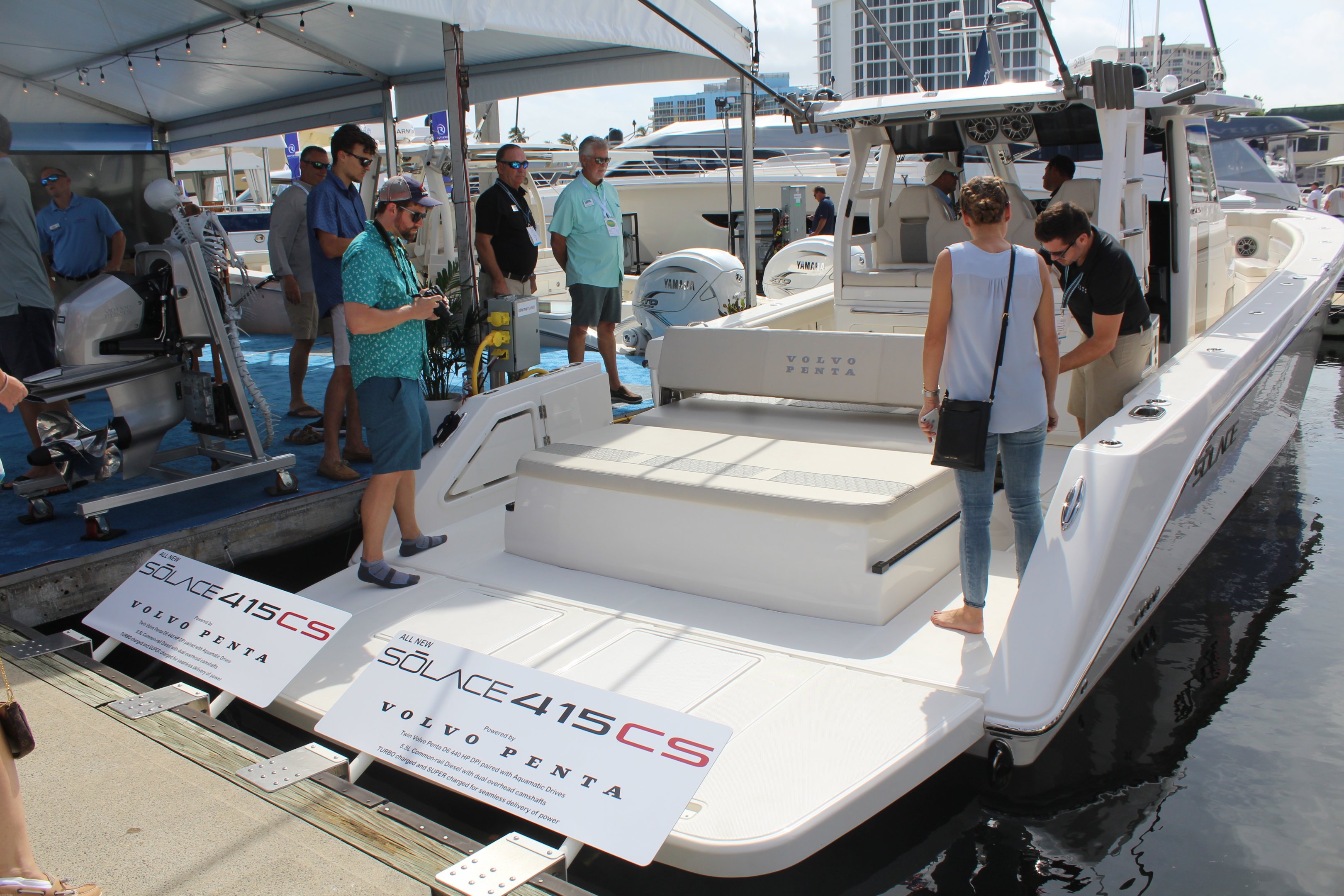 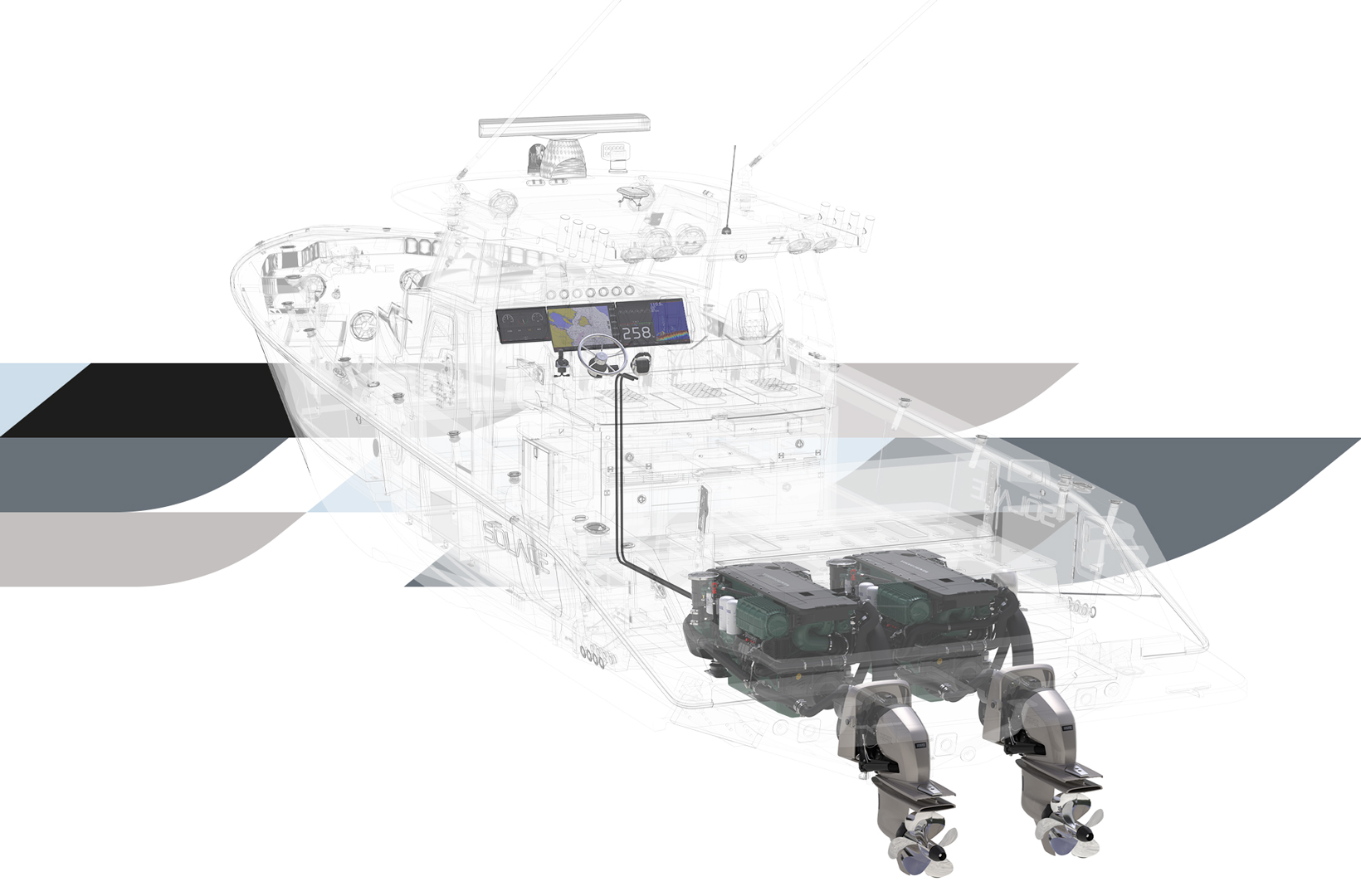 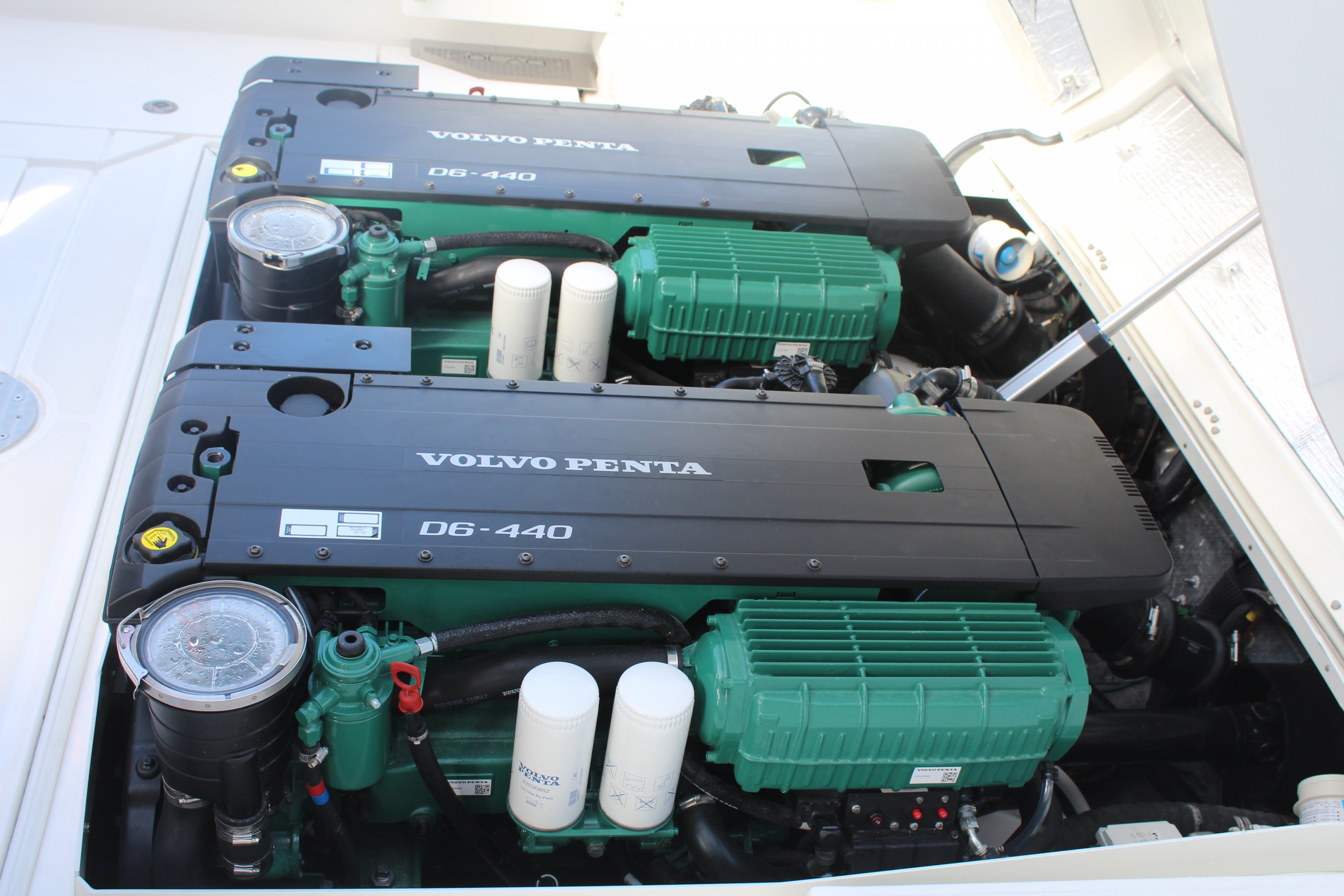 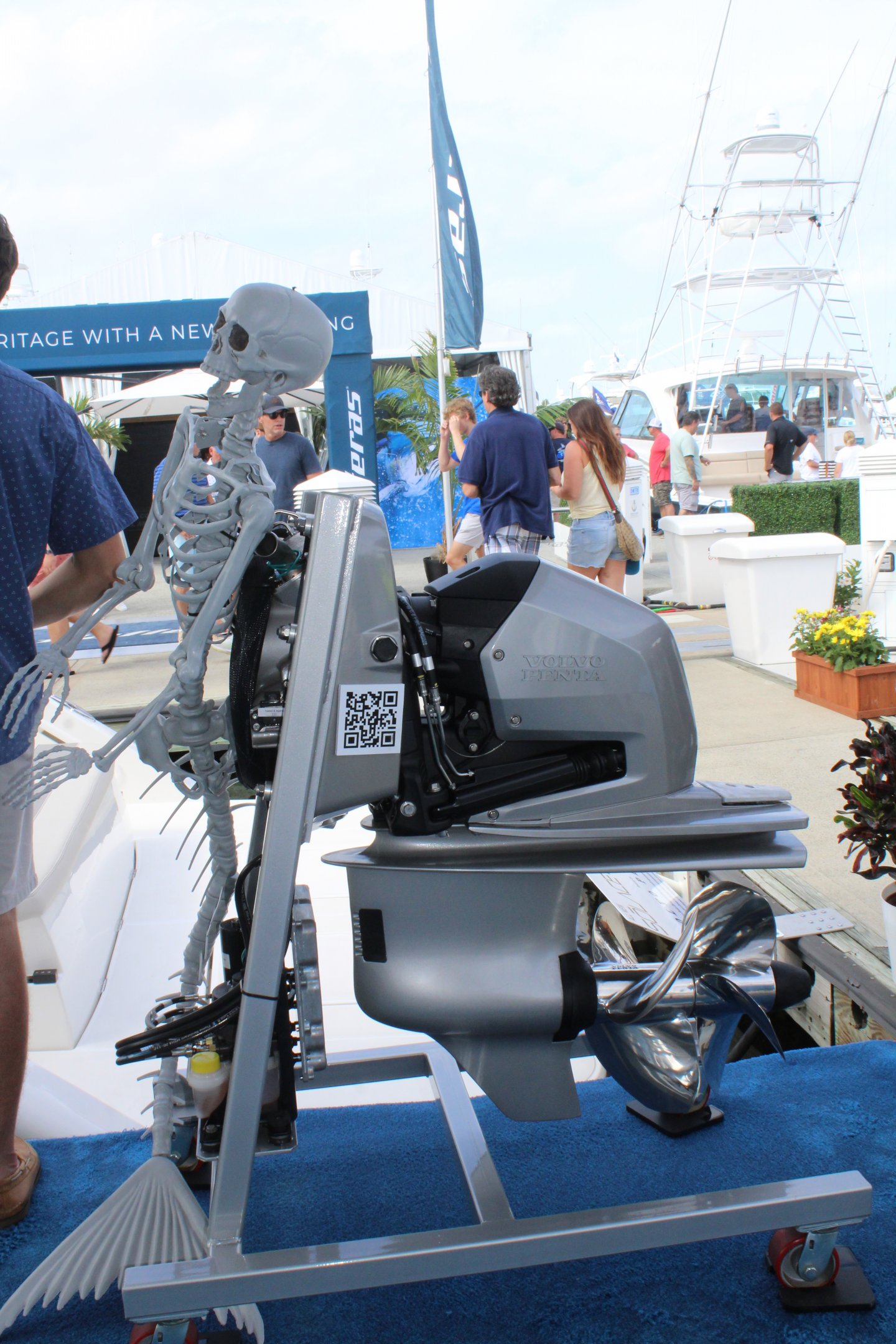 Volvo Penta Twin Diesel Debut
​
To start off, the foremost advantages to selecting the Volvo Penta propulsion system include a significant increase in range, space and maneuverability. Fuel efficiency is another biggie; initial data showed the inboard model averaging a mile and a quarter to a gallon. In the speed analysis department, the 22,000-pounder reached a happy cruising spot near 41 mph before throttles were pushed down and the speedometer pushed up by ten miles per hour for a registered max velocity of 51 mph.

The set-up also allows for longer intervals between services; fewer trips to the gas docks given the 490 miles of range from the standard 444-gallon tank; and a Tesla quiet ride. What’s more, the best news for the mega yacht owners who are choosing to use the lavish center consoles as support tenders is: The Volvo Penta package eliminates the need to carry two different fuels on board since the 415CS can refuel directly from the crown jewel.

Whether used as a tender for that stimulating jaunt from yacht to hot spot, or simply to soak up that day-boat splendor, the minimalist flair from the unobstructed and spacious stern (and transom area) allows guests to gather on the extra-large lounger to savor those fun in the sun moments. On-deck activities are further enhanced with the unique and reversible backrest sliding options, capable of facing forward or aft; changing the angle to accommodate those on board including the anglers is another formidable feature not to be overlooked.

Jens Bering, vice president of marine sales for Volvo Penta of the Americas, said the following in the media press release, “The twin D6-440 diesel Aquamatic DPI package includes our trademark counter-rotating DuoProp propellers, delivering superior torque, maneuverability, and precision at low speeds, making for easier docking or working a fish.” He continued with, “Our package also increases operating range by 50 percent and reduces fuel consumption by up to 42 percent at cruising speeds over a comparable outboard configuration, appealing to today’s generation of sustainability-conscious boaters.” 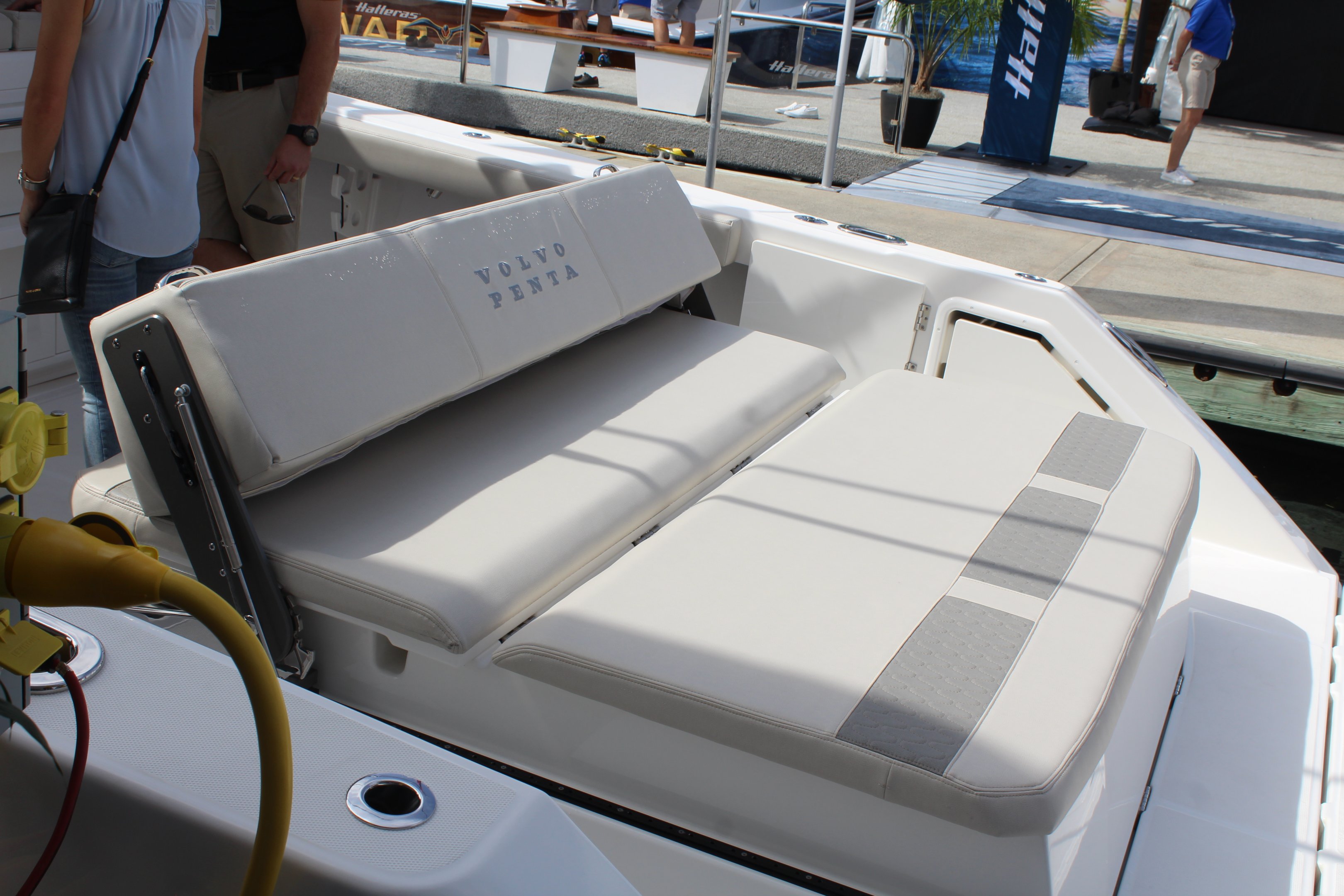 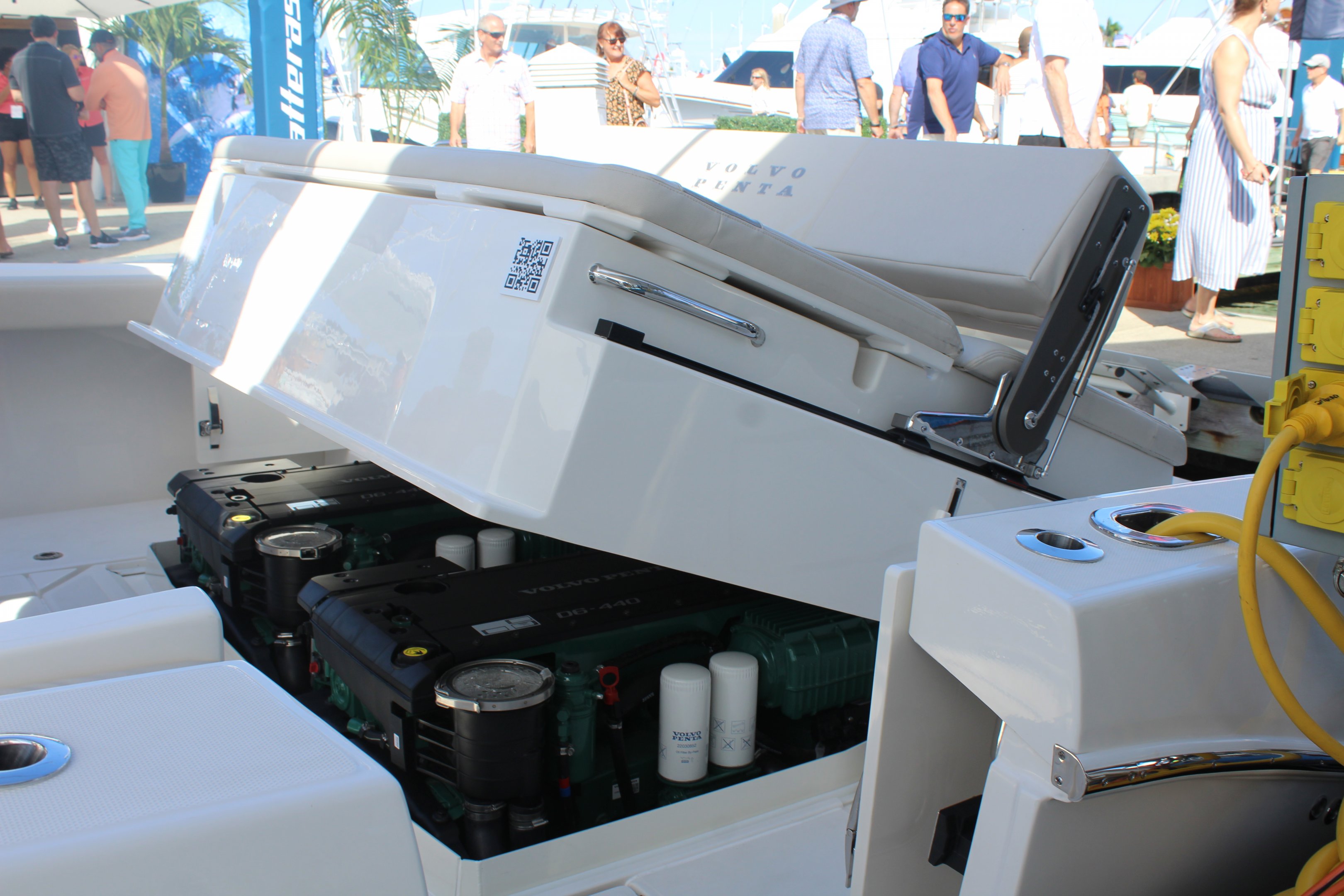 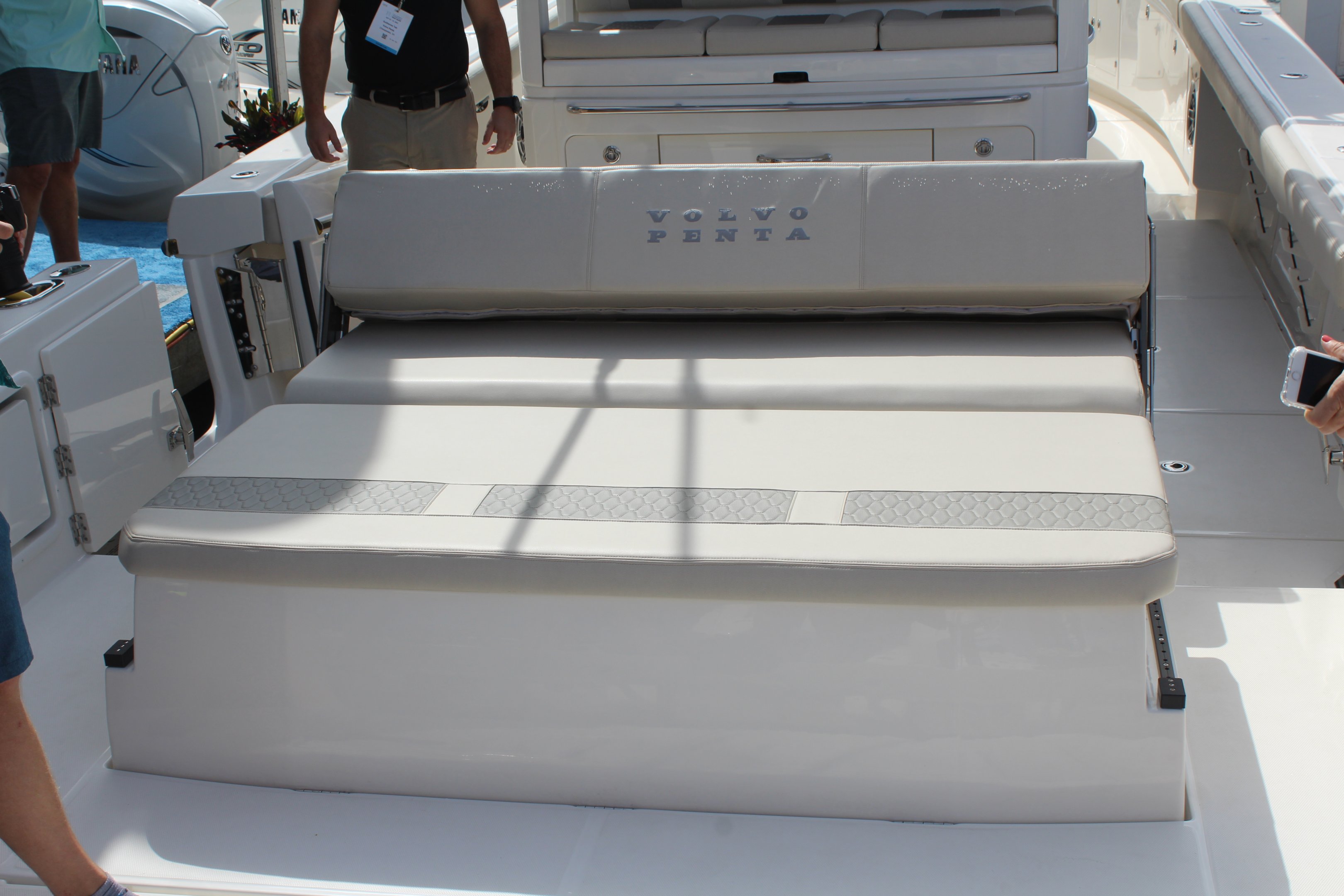 The multi-camera integrated platform features six high-definition 1080p cameras placed at the bow (forward-looking), on the aft (rear-looking), and a pair on the port and starboard sides, which provide a 360-degree view to assist during tight quarter and corner maneuvering, and backing up to the dock. Furthermore, spotting unforeseen objects, floating debris, pilings and potential smaller watercrafts or toys in the near is another benefit.

From the cockpit, the captain can opt for a cumulative 360 birds-eye, use the individual cameras, or zoom up on a specific section of the hull. Additionally, to maximize visibility and minimize blind spots, one or two cameras can be viewed simultaneously with the birds-eye image, and even zoom in and pan around on a specific area from any of the individual camera views. 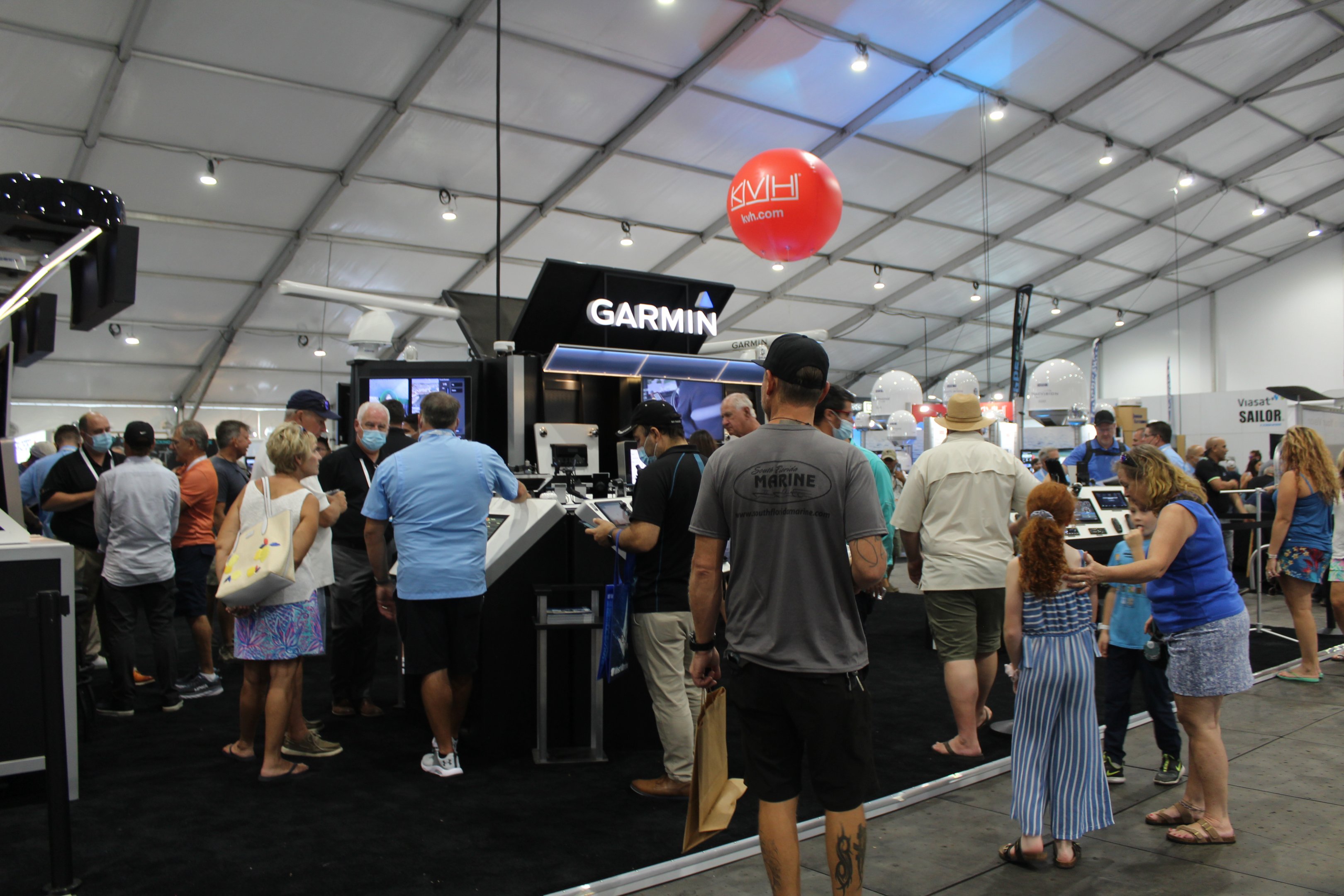 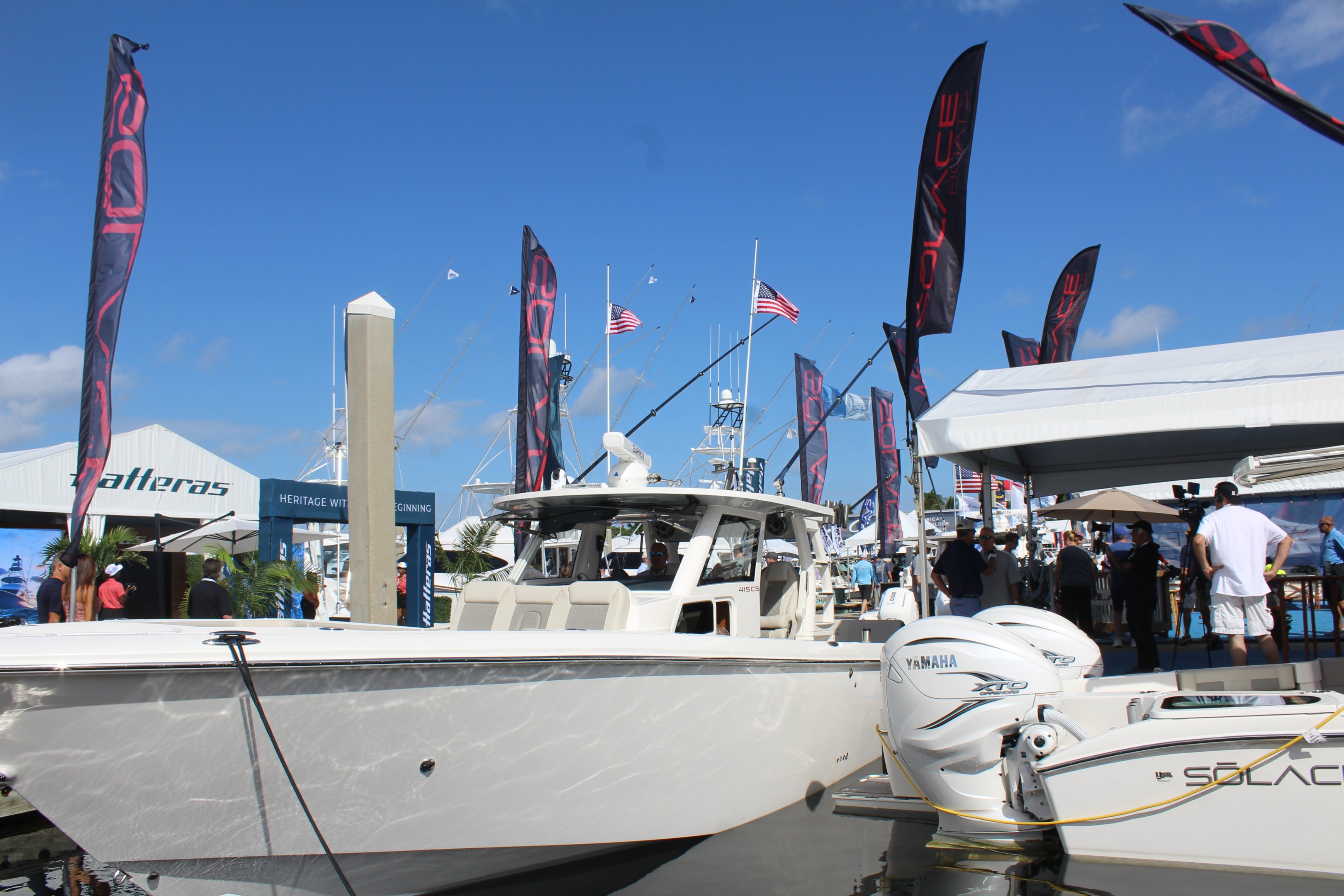 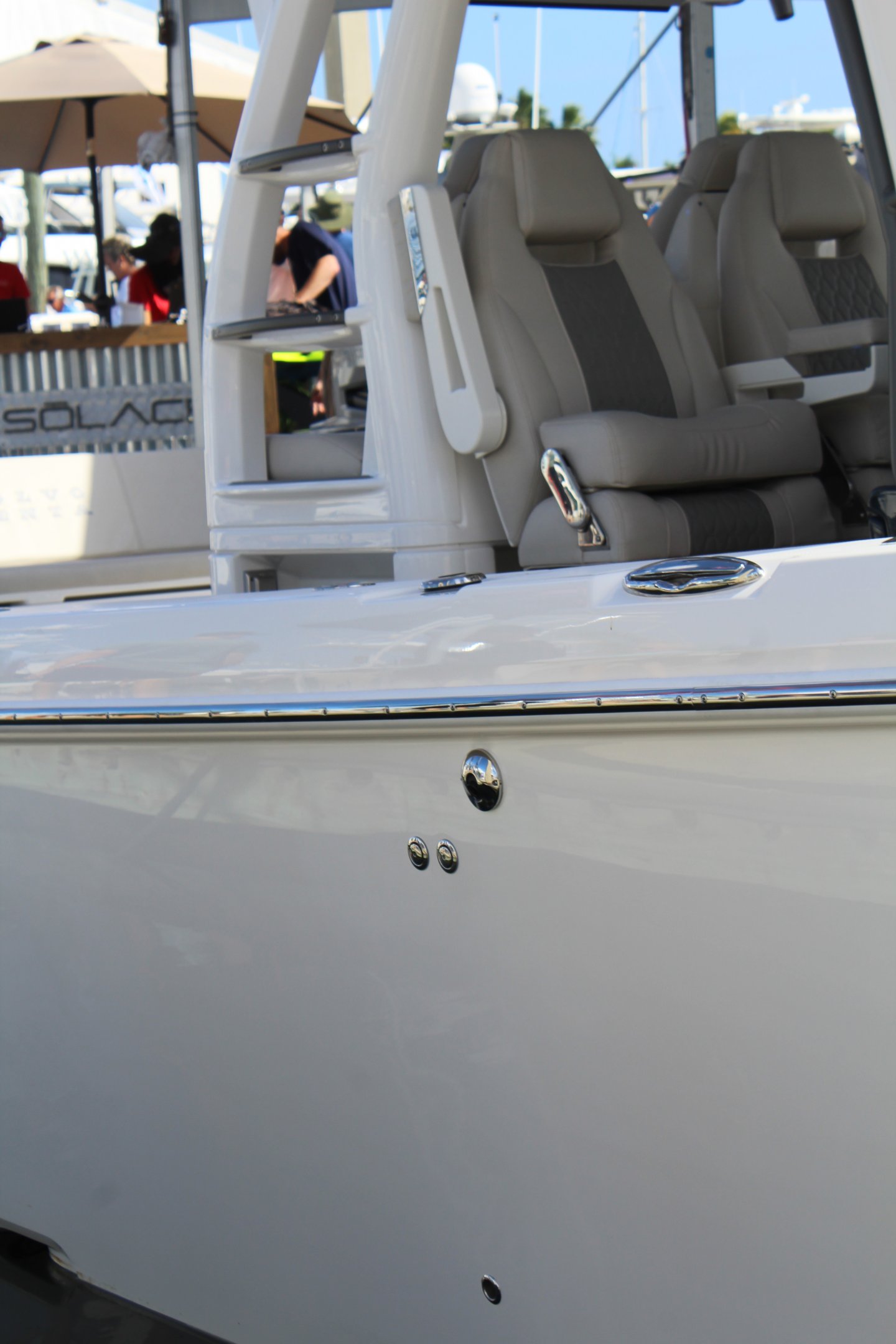 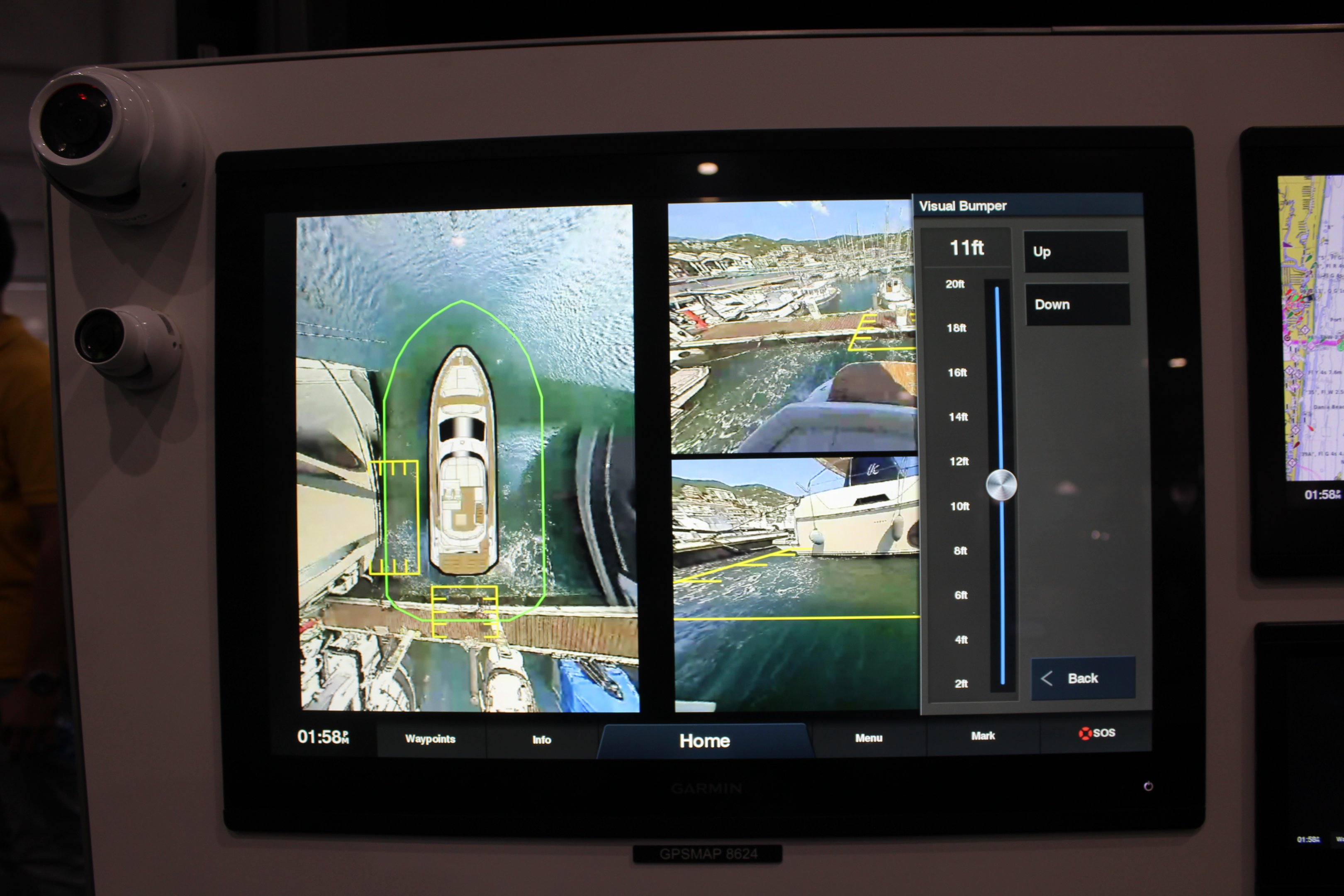 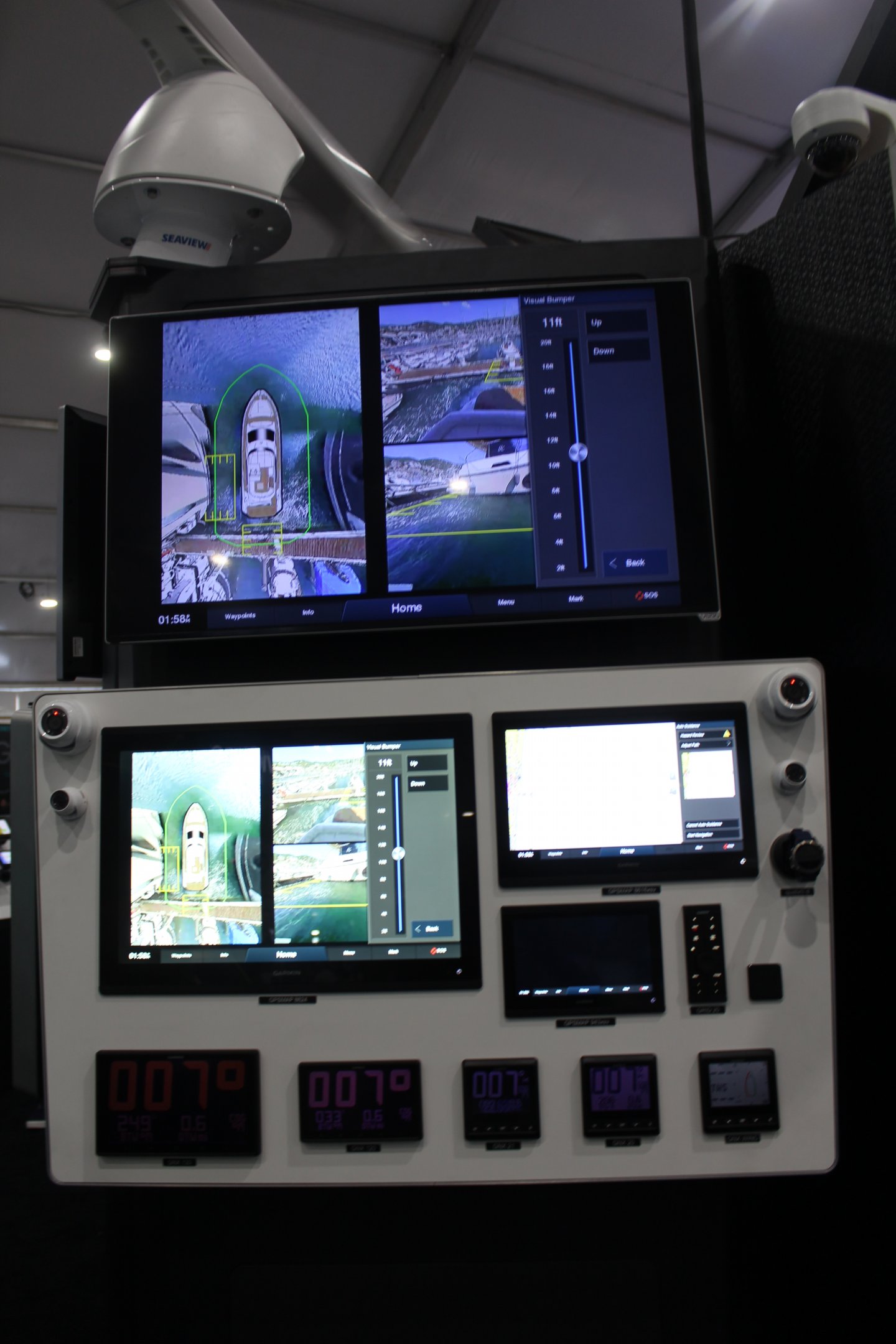 On screen markers provide virtual cues in the form of an overlaid scale of measurement to better gauge how much distance remains. This augmented reality component helps immensely with situational awareness and collision prevention, and is quite the stress reliever for any skipper, who also determines the specific distance parameters of the built-in Visual Bumper according to his or her preferences. For an “all-around” untouched arrival to your destination port, pier or place of residence, Garmin Surround View System is the answer. A compatible Garmin plotter or MFD (GPSMAP 8400/8600, GPSMAP 7x3/9x3/12x3 series) or the Volvo Penta Glass Cockpit System is required for use.

Not only did SŌLACE Boats latest 415CS impress us with its Volvo Penta and Garmin offerings, Fox News was also intrigued and passed by for a first-hand peek:
https://www.facebook.com/video.php?v=3024367764498905
. 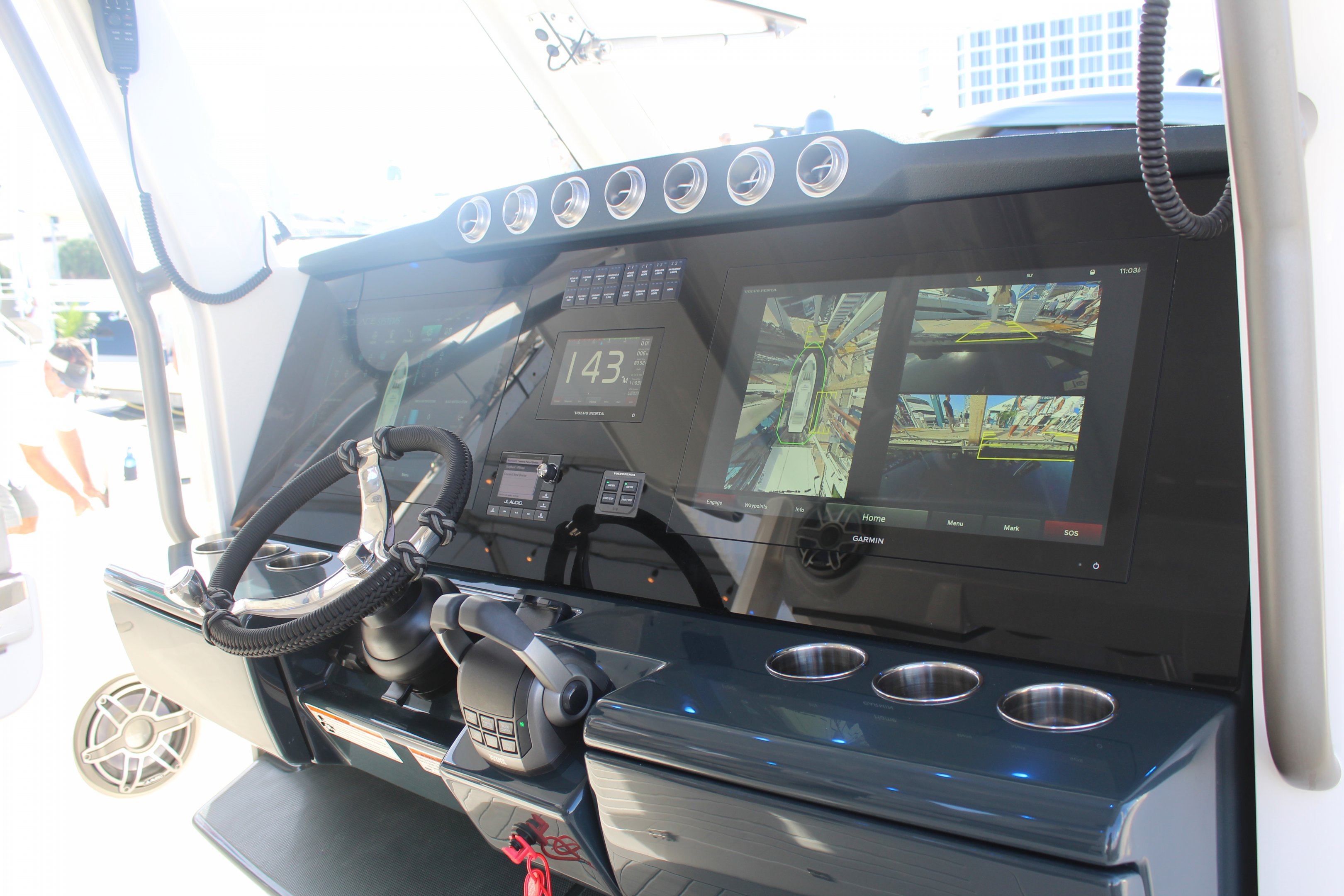 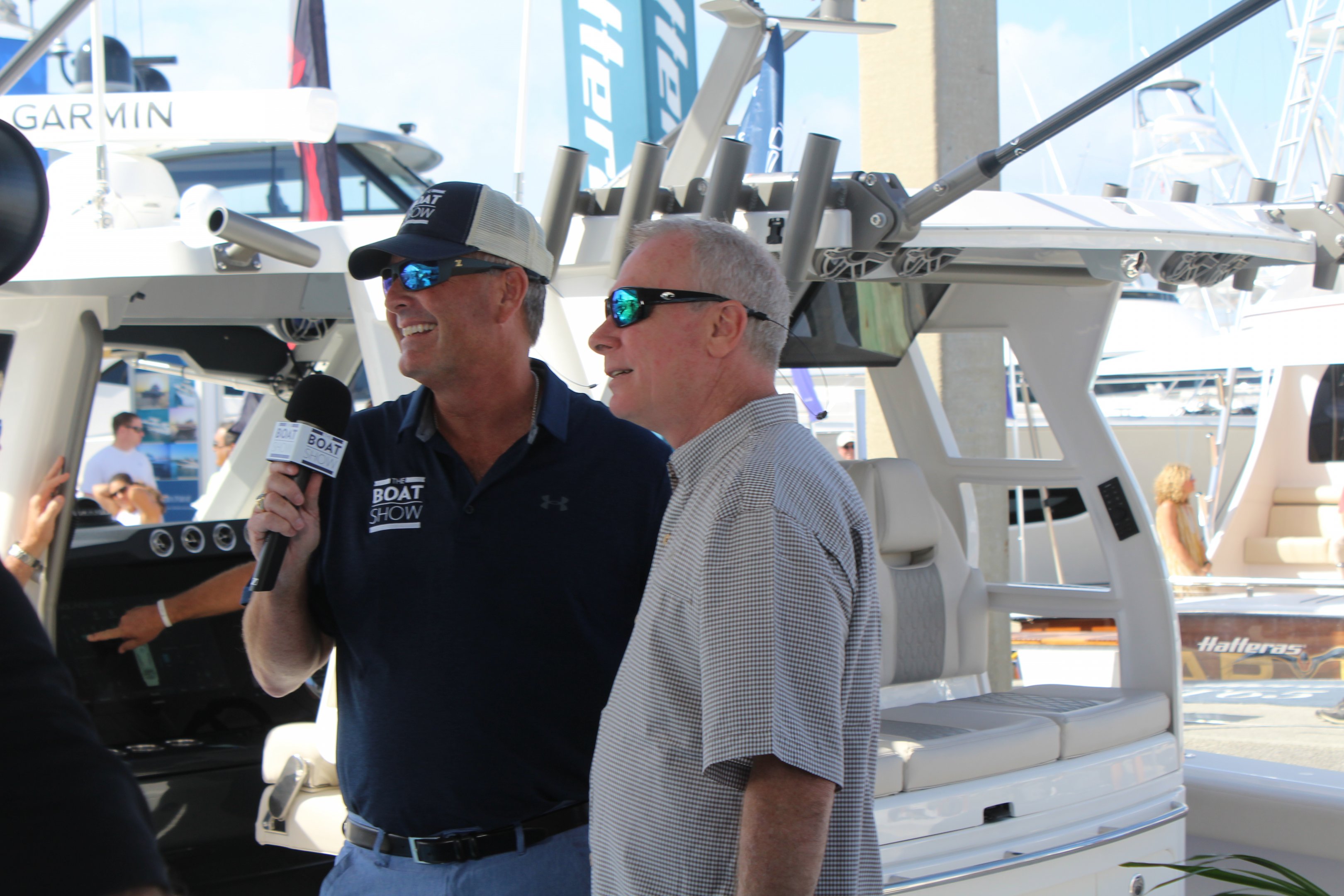 Reactions: Ace in the Hole