WHAT WAS OMC THINKING?

For more than a half century, the dominate force in the recreational marine industry was the Outboard Marine Corporation, better known to boaters as Evinrude and Johnson outboard motors. They dominated in total unit sales, total annual revenue, and total number of dealers nationwide.

As might be expected, their major competition was Mercury Outboards and later MerCruiser stern drives. It wasn’t until the Japanese got serious about building outboards (Honda, Yamaha and Suzuki) that the three American made brands were challenged. Honda was the first of the Japanese outboards, introduced to the U.S. market in 1964 with a four-stroke engine instead of the traditional two-stroke.

Up until the early 1980s, Japanese motors captured only a small portion of the stateside boating audience. But things soon began to change as the Japanese outboard makers struck upon a successful new marketing strategy – exploit the heretofore largely ignored saltwater fishing segment, especially in the south eastern part of the county.

While OMC and Mercury lamented a slowly evaporating hold on the saltwater motor market, in the late 1980s, both American companies turned their focus in an entirely different direction to maintain control of their market shares. Enter the short-lived era of buying transoms.

WHY OMC BOUGHT THE BOAT COMPANIES – The general consensus was that OMC’s intent was to control “outboard” transoms. (That is, only sell OMC owned boat companies with Evinrude and Johnson outboards - and box out the competition.) Although that eventually happened to some extent, it actually began as a secondary idea to increase the profitability of the OMC Cobra sterndrive packages which were getting soundly beaten by MerCruiser product. 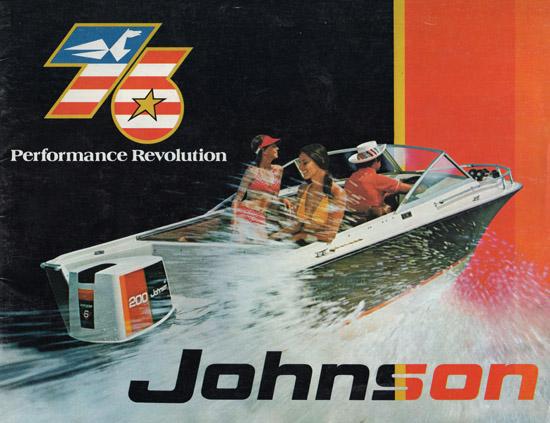 THE BACK STORY – In 1986, OMC signed Cobra Sterndrive power agreements with both Bayliner and Sea Ray. The resulting negotiations with the two giant boat makers gave OMC the opportunity to scrutinize their balance sheets and weigh the potential to purchase the two as corporate subsidiaries. At that time, it had become apparent to OMC corporate that the boat builders and dealers were the only ones making any real money on stern drive sales. As a result, OMC Chairman Charlie Strang began purchase talks with Bayliner and Sea Ray, but later determined that the combined asking price of over $800 million for both – with a large portion identified as “good will” - was inappropriate and not worth the asking price. Later, with the seed now planted, both Bayliner and Sea Ray began actively seeking another buyer - which resulted in their selling to Brunswick. (parent of Mercury)

GAME ON – In response, 1986 blossomed onto a wave of boat company acquisitions with OMC purchasing five boat companies between December 1986 and February 1987. The initial companies included: Four Winns, Lowe, Stratos. Sunbird and SeaSwirl/Striper, plus trailer company Sure Load. The boat company buying contest was now in full-swing at an initial cost of $120 million for OMC. Acquisitions continued at a rapid pace with OMC eventually acquiring many more boat companies large and small. During that time, OMC spent over $230 million acquiring 18 boat manufacturers and making substantial capital improvements to their facilities. Brunswick/Mercury responded by purchasing Lund, Crestliner, Cypress Cay and Harris FloteBoat. It quickly became apparent that a new era in how boats and motors would be sold had arrived with two major outboard producers owning many of the national and regional primary boat companies. (and, much to the displeasure of many boat dealers because of lost potential profits.) Non-the-less, the entire marine industry experienced its biggest change ever. 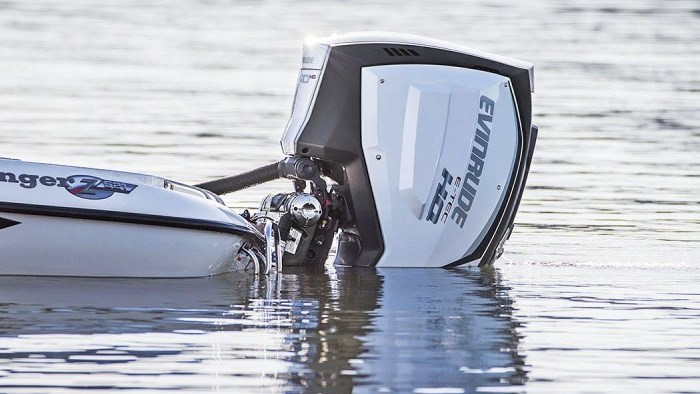 THE BANKRUPTCIES - While the boat companies initially helped boost OMC earnings, by the late 1990’s they were the leading contributor to corporate loses. With OMC in decline throughout most of that decade of the 90s, OMC was eventually sold to a George Soros backed Greenway Partners Group in 1997 for $373 million. Unfortunately, following an additional $110 million to help right the ship, the new OMC under Soros control declared bankruptcy in December 2000. The remaining boat companies were purchased by various companies including the Genmar Group (Irwin Jacobs), who in turn went bankrupt in 2009 during the ‘great recession’. Over time, with all the changes and consolidations that transpired, a few of the boat companies sold again while several of the boat brands were retired and disappeared.

So, what started as an idea to simply enhance stern drive profits changed the marine industry forever, for better or worse.

The words above are a first hand account of those declining OMC years from Jack Alysworth – former OMC VP Marketing Worldwide.

I was also an eye-witness to much of the OMC folly from 1996 to 1998 acting as the advertising, marketing and public relations agency of record for Chris Craft Boats out of Sarasota, Florida under the OMC corporate ownership umbrella. Although the immediate Chris Craft management team attempted to turn the brand around, much of their efforts were thwarted by curious upper corporate management decisions. In the end, the strategy to ‘own transoms’, largely ignored the needs of a loyal dealership network and some serious mis-steps in developing new propulsion technologies ended nearly a century of marine power dominance.
Reactions: LAKEMAN, Dkahnjob, redone76 and 2 others