When Johnson Outboards Were King – 1953 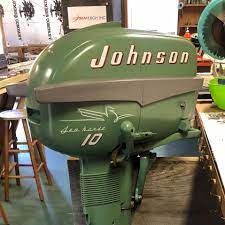 Here’s a Cool Piece of Boating History You Might Enjoy 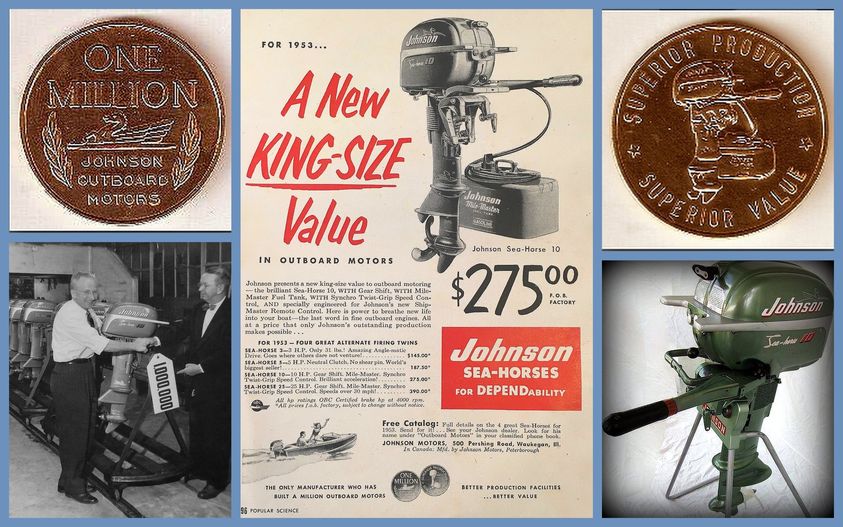 First Company to produce ONE MILLION OUTBOARDS – History was made on November 6, 1952 when Johnson Motors produced their one-millionth outboard – a 1953 model 10 hp Sea-Horse. Commemorating the occasion are Clarence Johnson (left), and Joseph G. Rayniak, who was Production Chief when the first Johnson was built. Clarence Johnson was the only one remaining of the three Johnson brothers in the business, and was an Experimental Engineer until he retired in 1963 and passed in 1976.

Lou, Harry and Clarence sold their first outboards in 1922. Rapidly establishing a leadership position, by 1928 their advertising claimed: World’s Largest Manufacturers of Outboard motors. (Over half the outboard motors sold then were Johnsons.)