“The coffee shop smell was strong enough to build a garage on.” - R Chandler 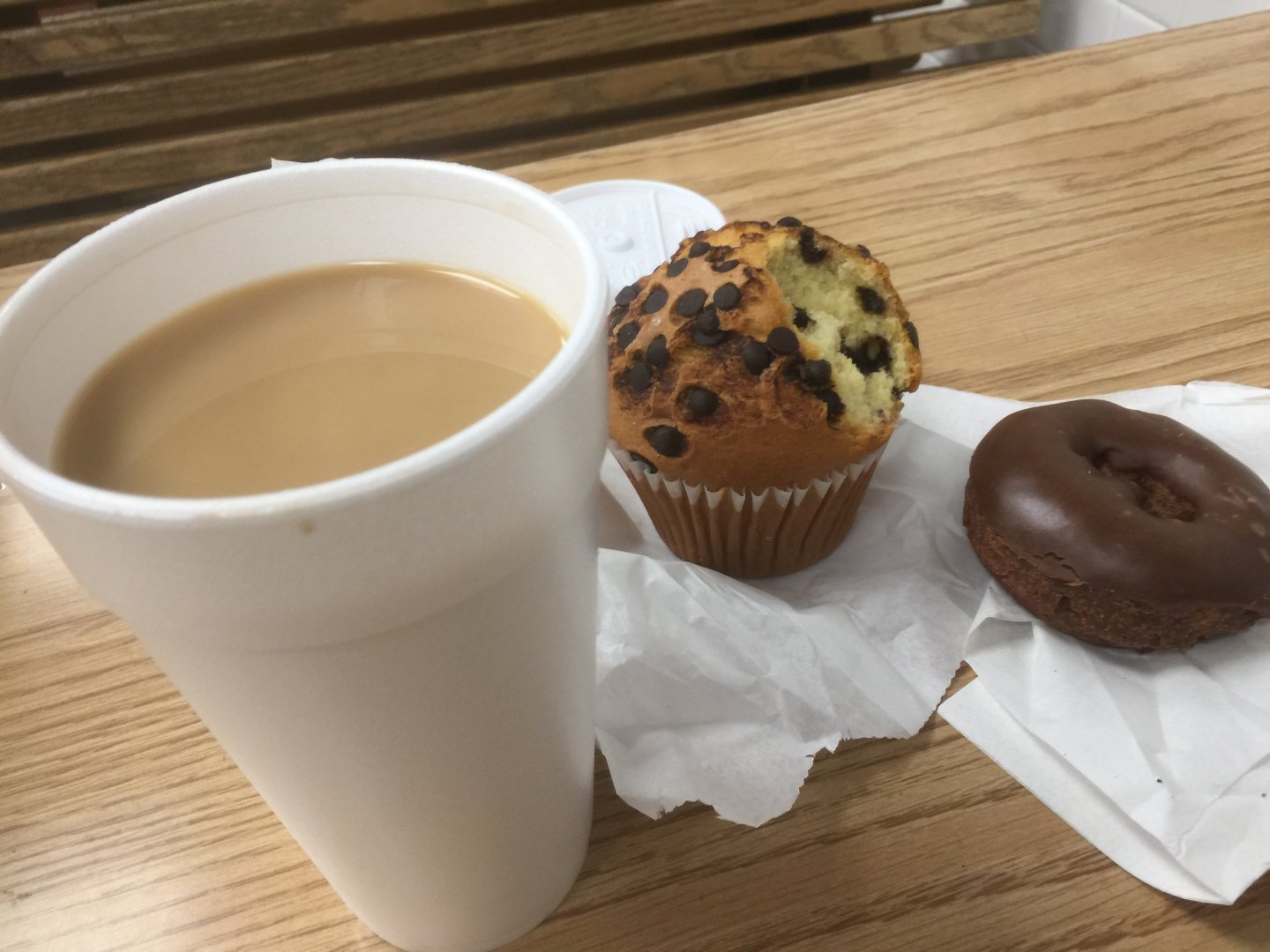 It's not just me, lots of people find Starbucks Coffee bitter to drink.

I'll walk down Main Street in Disneyland with a cup of coffee before rope drop and the number one question people ask me is where they too can "get non-Starbucks coffee." "It's the coffee and donut cart to the left of the castle if you're facing it" I tell them. Not always open before rope drop BTW.

Disneyland for decades served Hills Brothers, then Farmer Bros, I dunno what brand it is now, someone said Lavazza but damfino. Starbucks is served all over the Disneyland resort, but you can find other brands too.

Late last night the house was quiet and I decided to go out for some coffee. Here, the only places that have it are the few 24 hr donut shops run by angry Asians. Mad at the world, they serve me grudgingly then vanish to the back room and resume making donuts.

One donut place a large coffee and two donuts is almost $9, the other location it's $3. Damfino why.

“It was as hollow and empty as the spaces between stars.” *

Sitting in these shops in the middle of the night is like something in a Raymond Chandler story. Cold, hard and bright, shopworn, echoing, lonely.
"He looked about as inconspicuous as a tarantula on a slice of angel food cake.”*

A young mother came in about 2 AM with two kids and ordered the foot shaped cream filled donuts.

“She gave me a smile I could feel in my hip pocket.” *

The Asian owner got worked up when she asked her kids first: "Do you want a chocolate or butterscotch stinky foot?" It pissed the guy off and he told her that's not what they are called.

The exception to the Angry Asian theory is a sweet little Japanese lady runs a local donut shop that opens at 5AM. Her reach-in refrigerators run on the old and impossible to find, nor afford if you do find it R 12 refrigerant.
They were both down and she was sweating the cost of new units. The leaks were fixed by her nephew, but no R12 to recharge the systems.

Well, the TPC still had a few cans and I gave her one the next day for her nephew to charge the system and keep it on hand.
Appreciative as all get out, she now wants to always comp my coffee and donuts. I kinda avoid the place now. Too much appreciation, it just ain't right.

You can spin a yarn. Whhens the coffee table book come out? 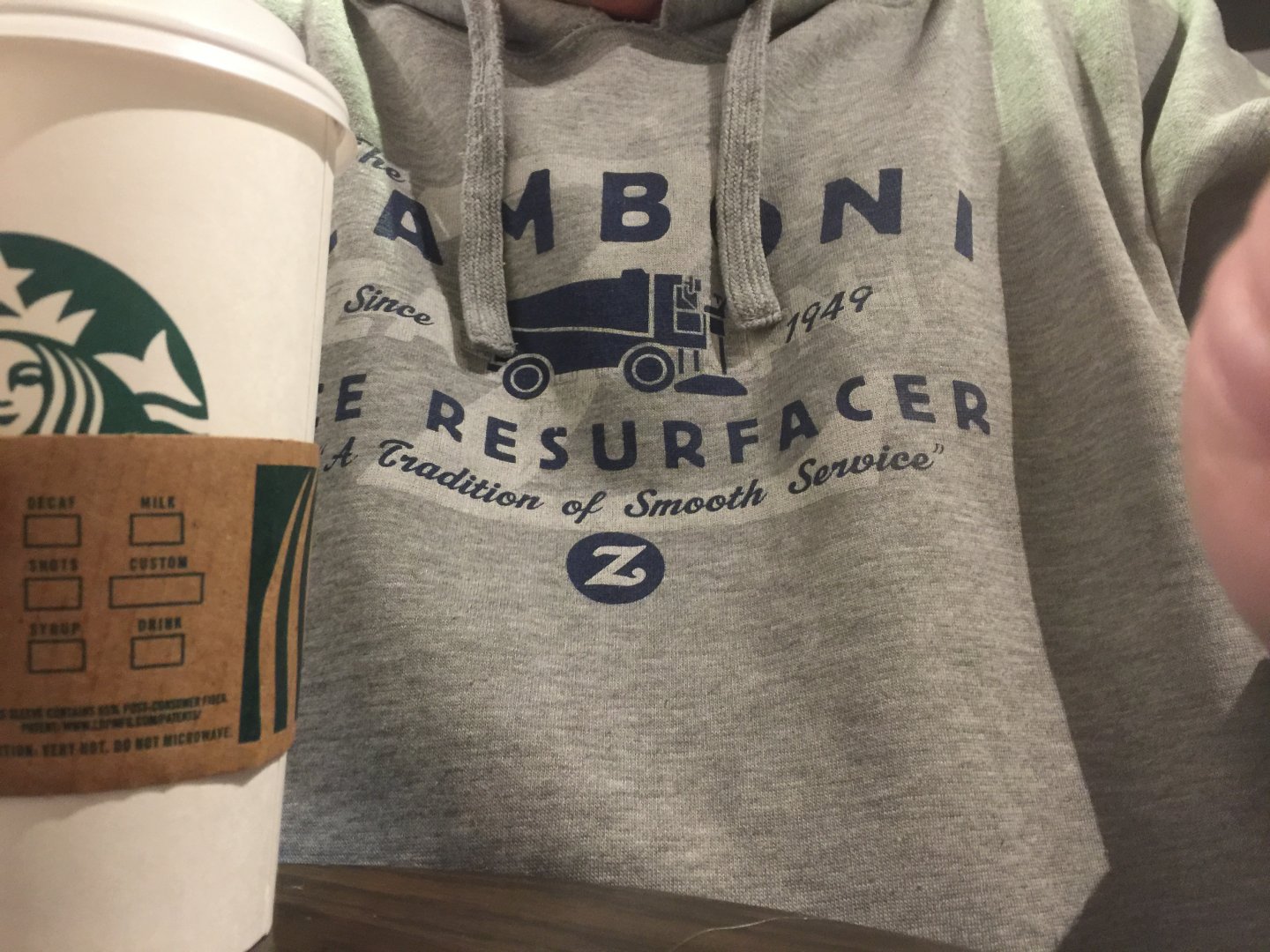 I used to get a yearly shipment of Zamboni clothing.
Heavy duty quality apparel we gave away as gifts to friends at Christmas.
Cool stuff back then.

Zamboni would brutally heavy-duty pack and ship the clothes just like they would pack a 4” dia stainless auger shaft and blades. Almost palletized.
That’s how their shipping dept rolls I guess.

One year they blew it and sent the entire order size small. Sweatshirts, T-shirt’s etc.
The Zamboni people told me to just keep it, they’d send out a correct size order.
I’ll get back to that.

One of the 5 town Starbucks had an employee they nicknamed “Zamboni.”
This because she’d buzz around wiping everything down and manned the mop for the frequent spills.
Tiny girl and always in action between breaks.

“Zamboni” was sitting at a patio table taking a break one morning and I gave her all the size small Zamboni stuff I was told to keep.
She got full of tears and thankful.
I didn’t expect that reaction.