These things were built here in Long beach and as a kid I can remember them all over the place, used almost exclusively by seniors that couldn't drive a car any longer. They were allowed to drive them on the sidewalks until an older guy took out another guy on top of a ladder changing the name of the movie playing at the local theater.

Anyway, I wanted something different for our place at the river and just about the only driving we do with it is to Roadrunners so we named it the Roadrunner Runner.

Bought it from a dealer in Huntington Beach that made his living selling edibles on the beach. Electric power originally but the thought of changing batteries every few years sounded like a drag so I switched over to gas power.

Pretty rough when I brought it home. 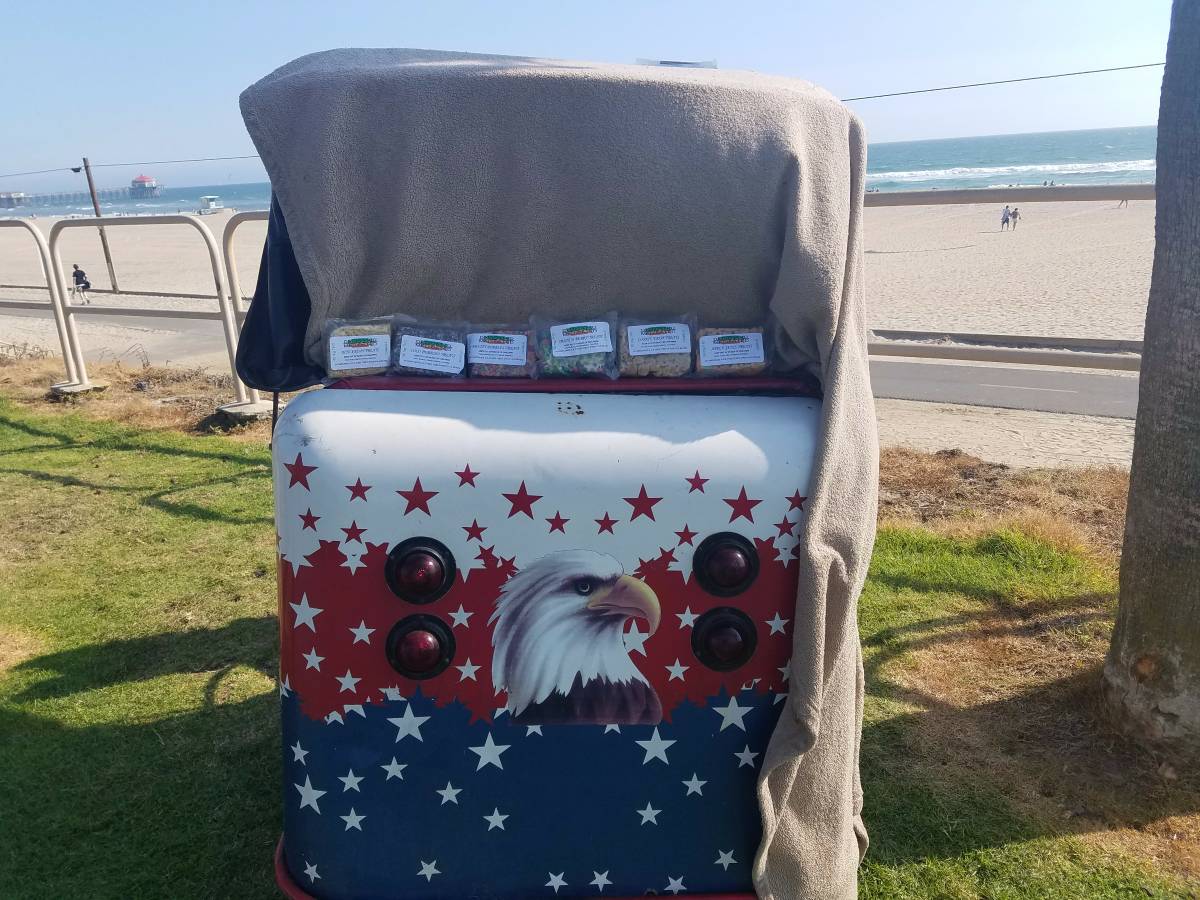 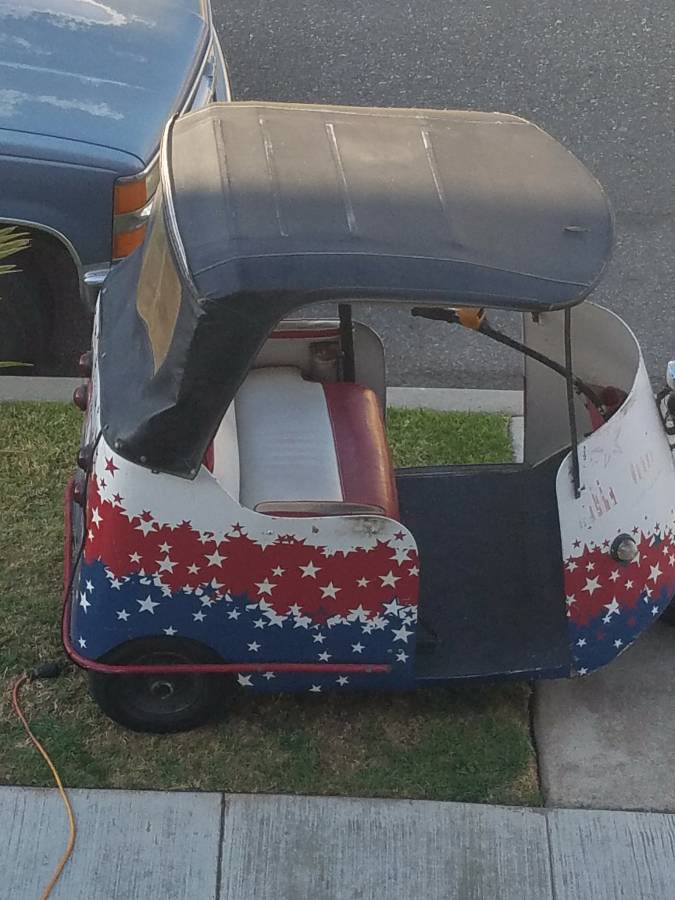 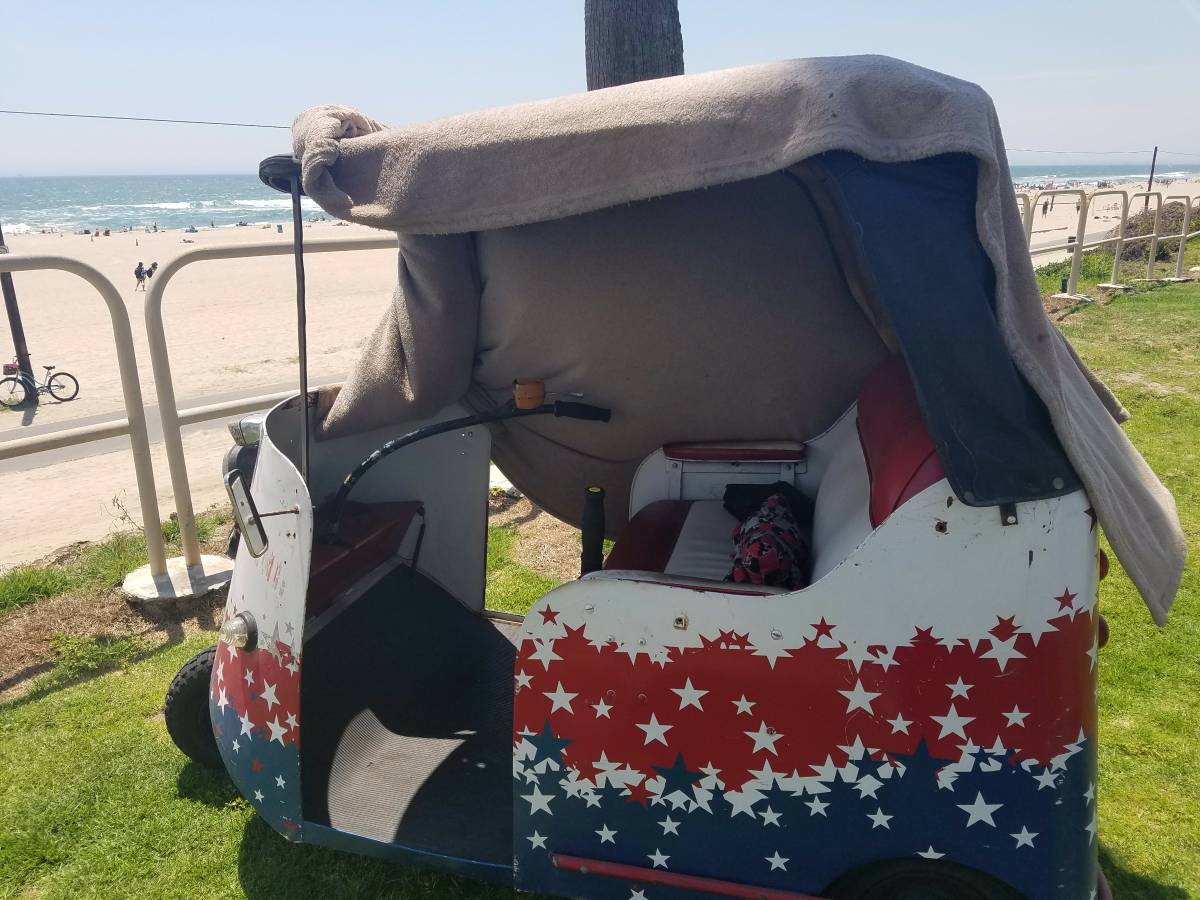 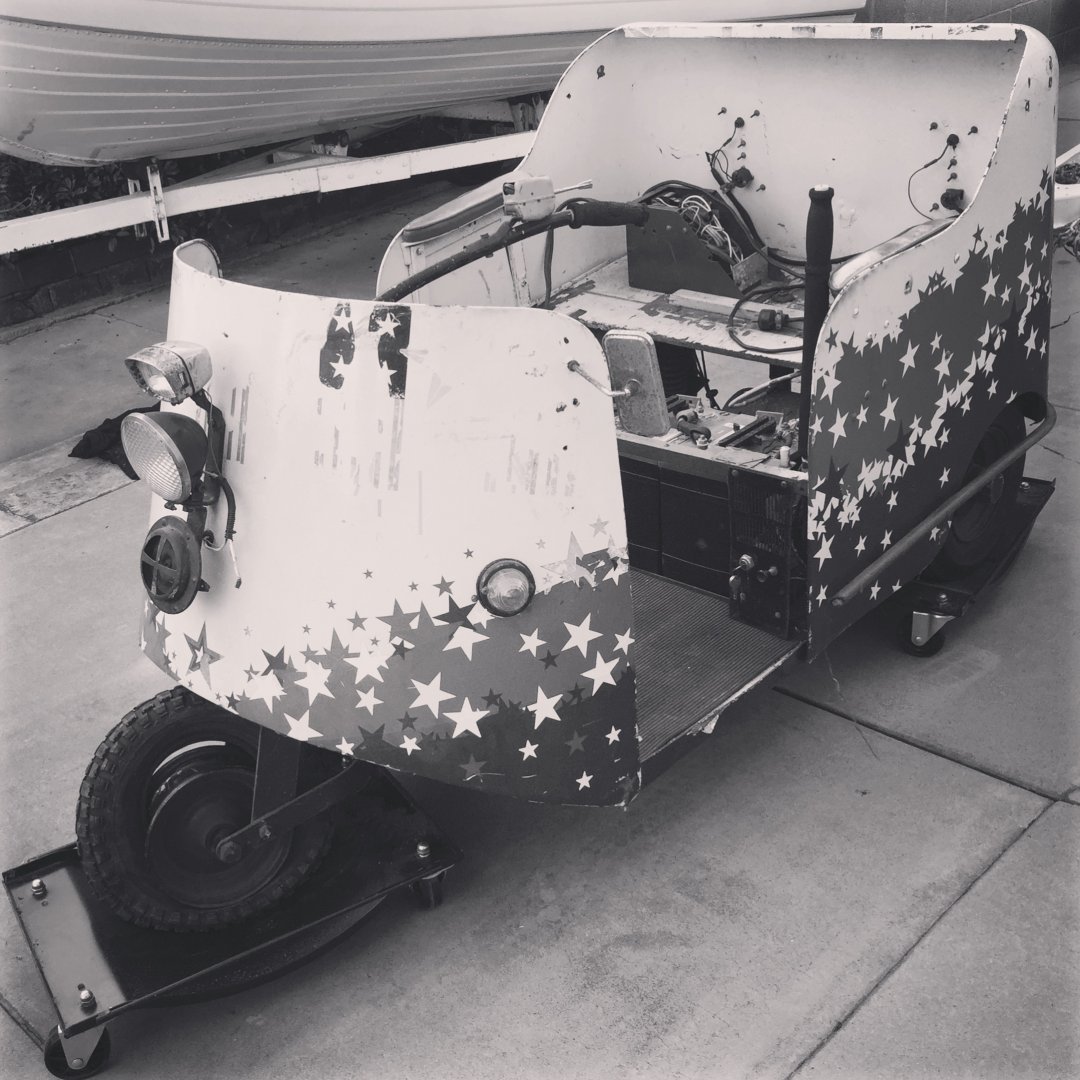 Started to tear it down and removed 7 pounds of bondo from the body. I'd rather have the dents and hols than bondo. 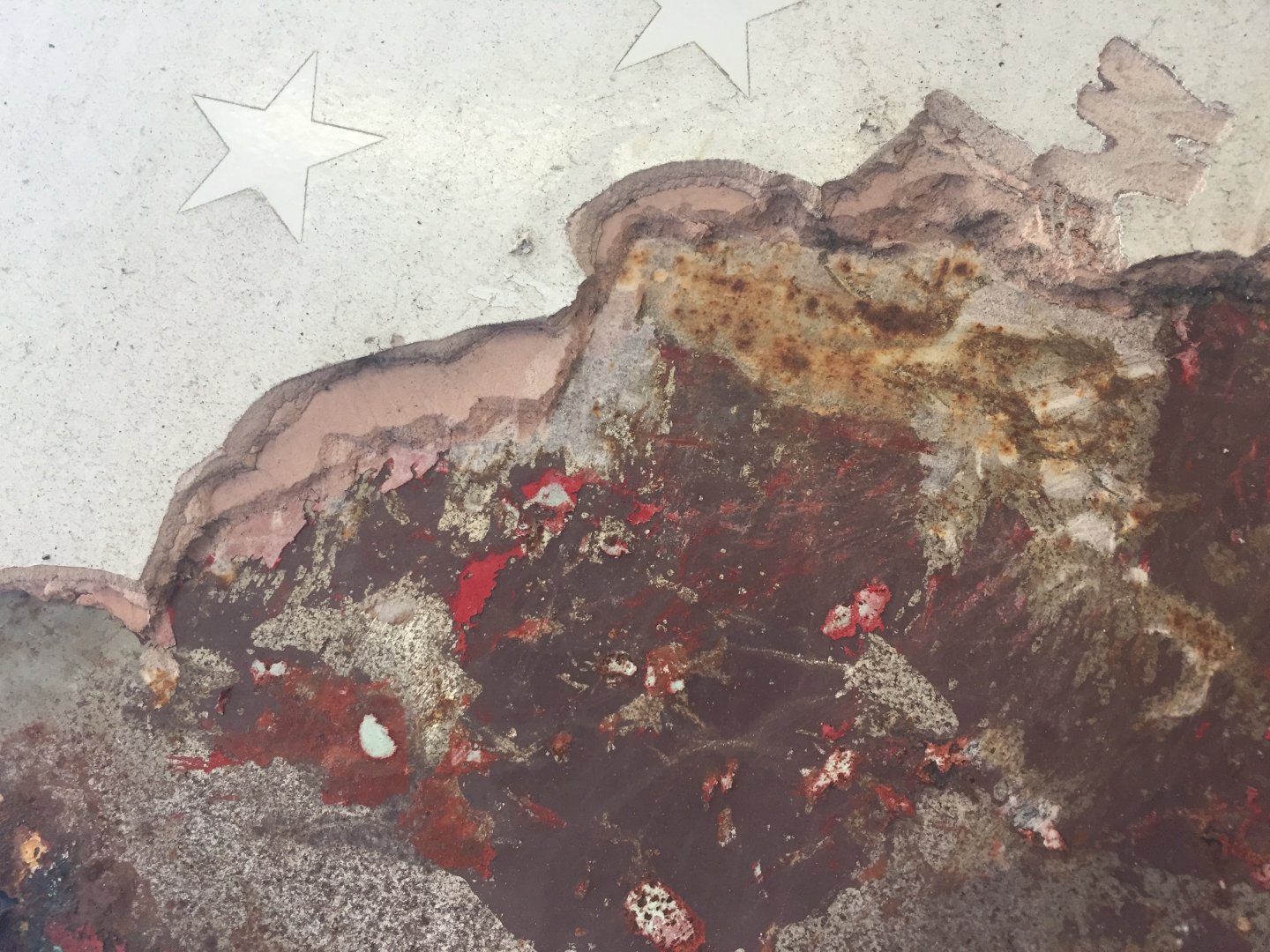 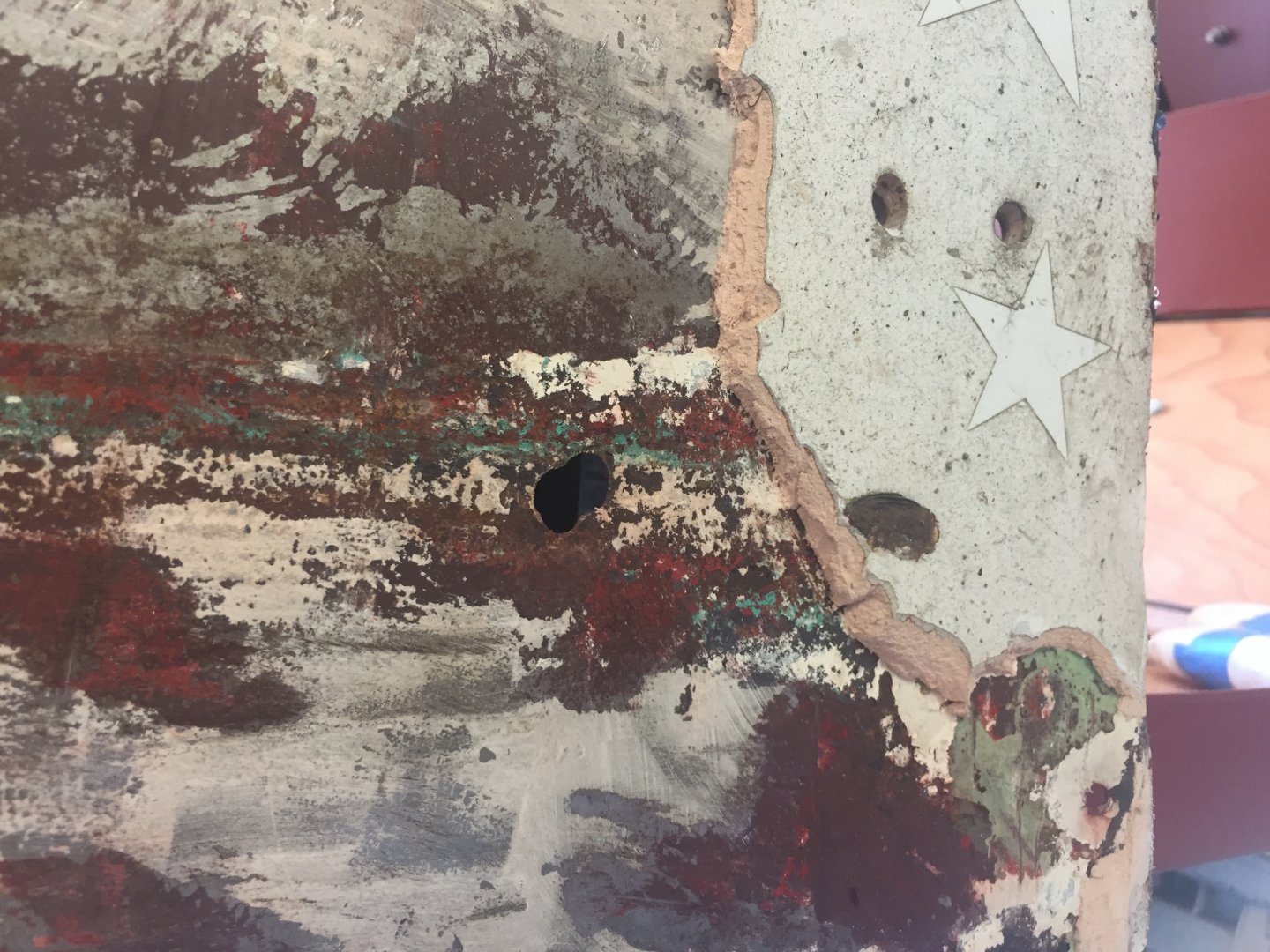 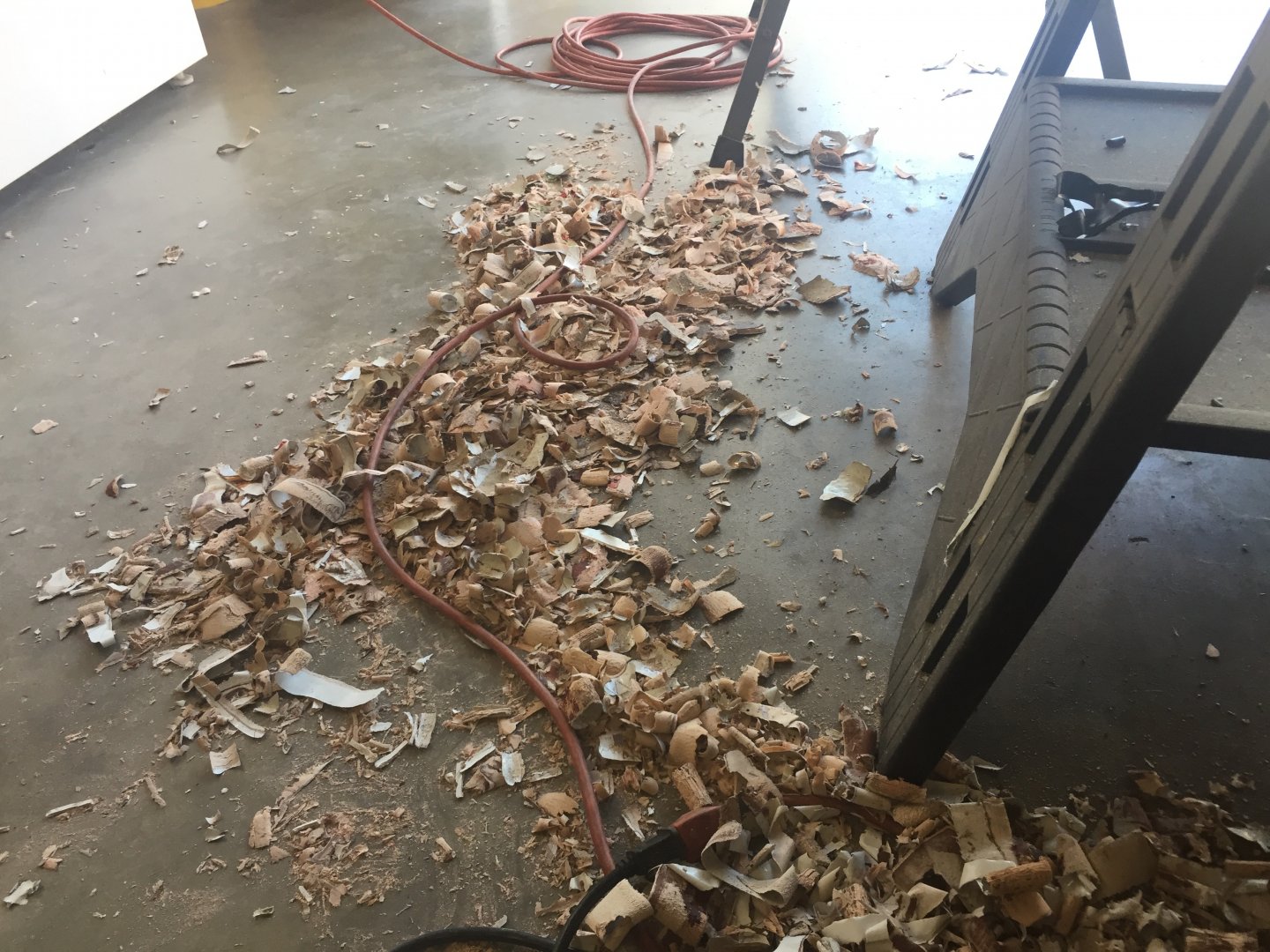 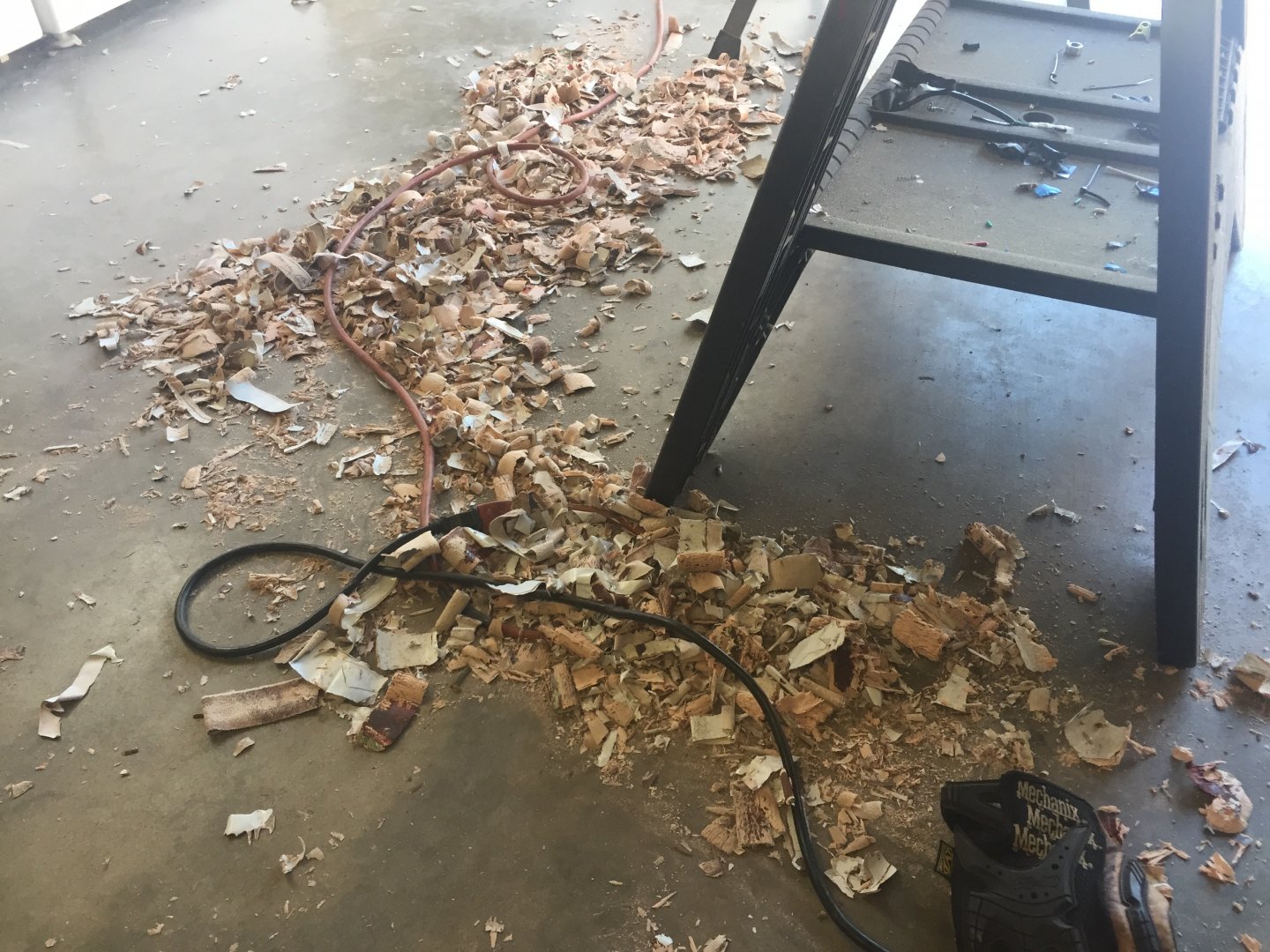 The rest of the clean up was just blasting, scraping, sanding and painting. I painted the body with rust-o-leum red with baking soda mixed in as a flattener. Painted with a brush. 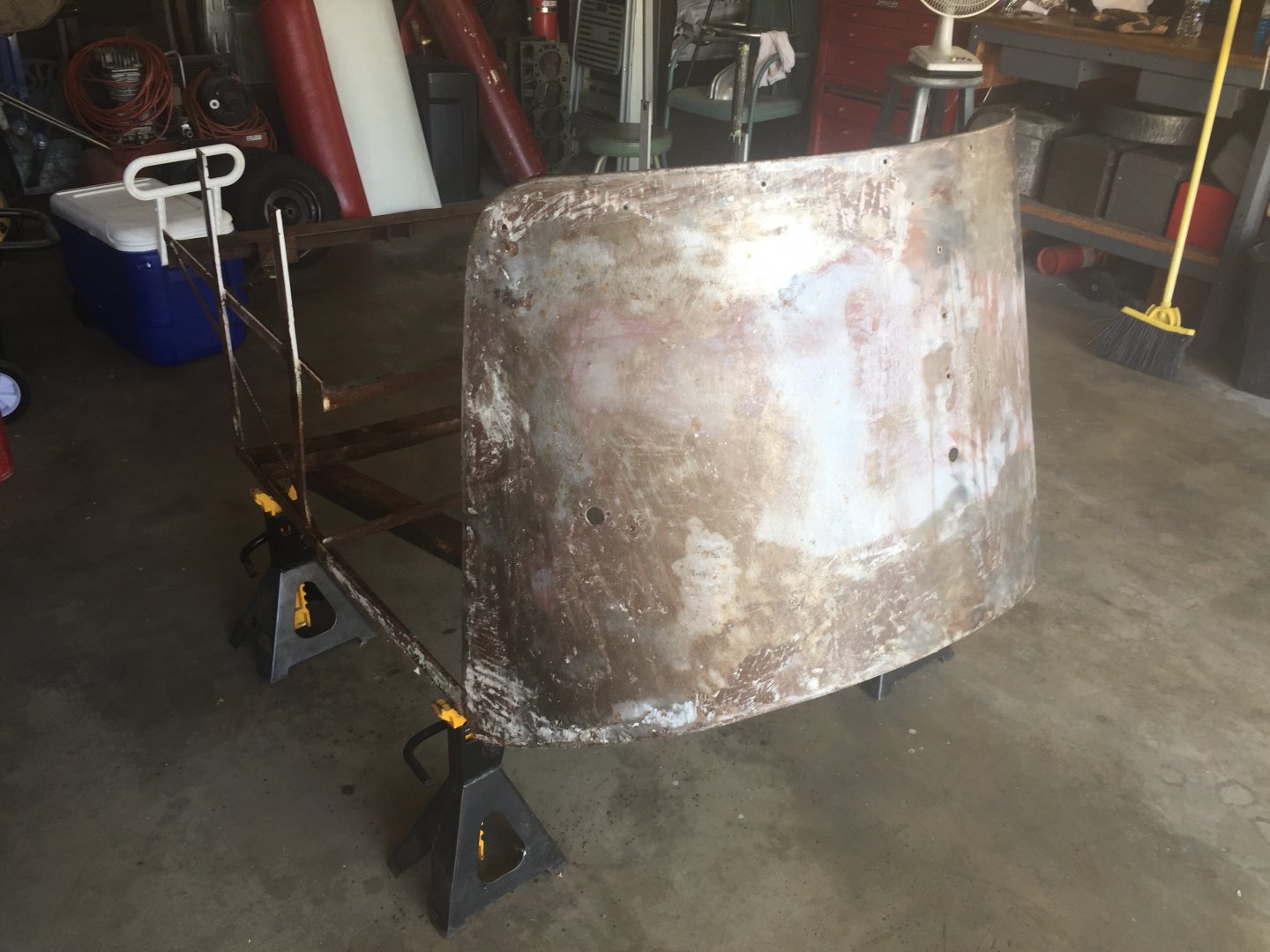 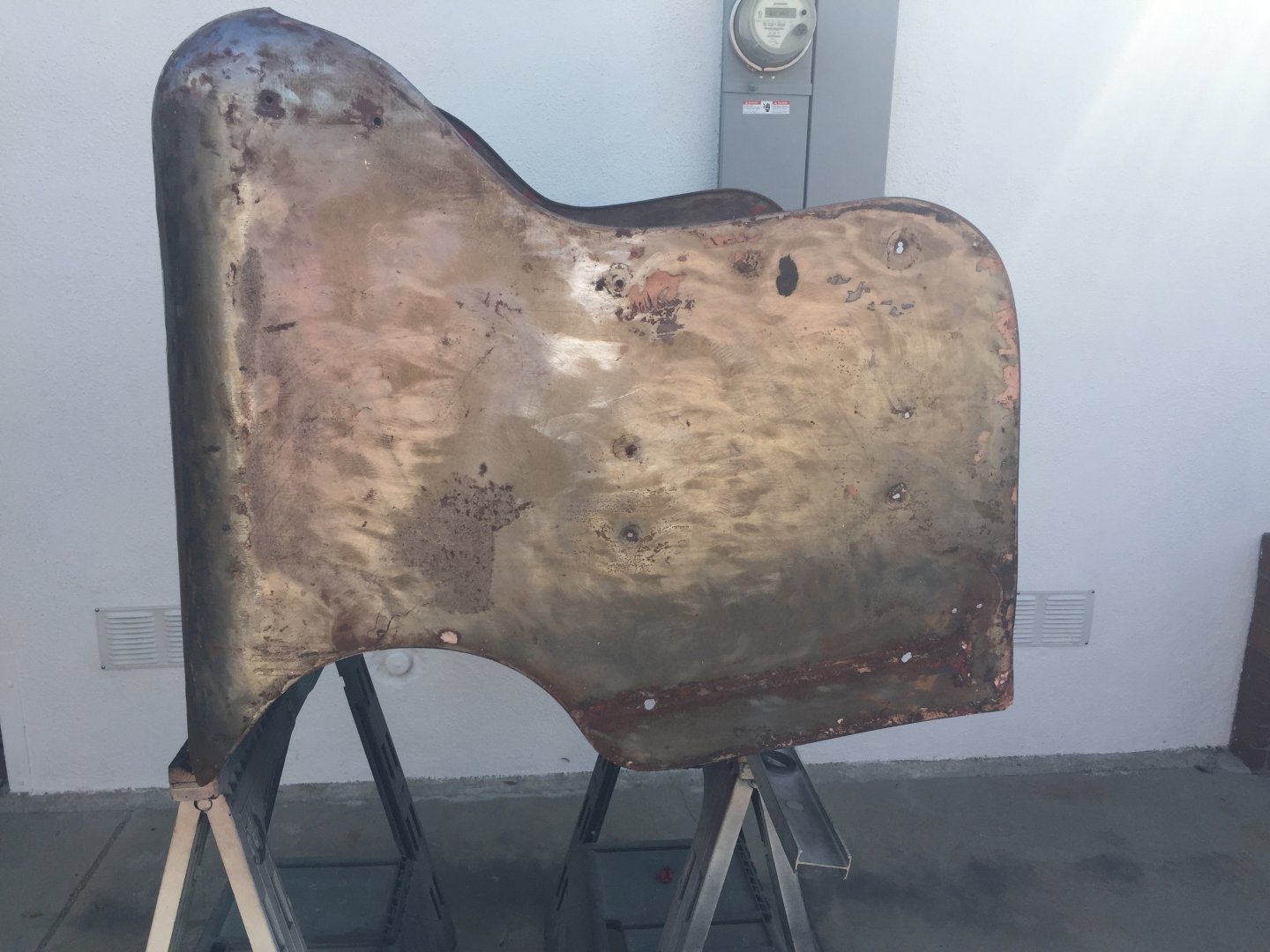 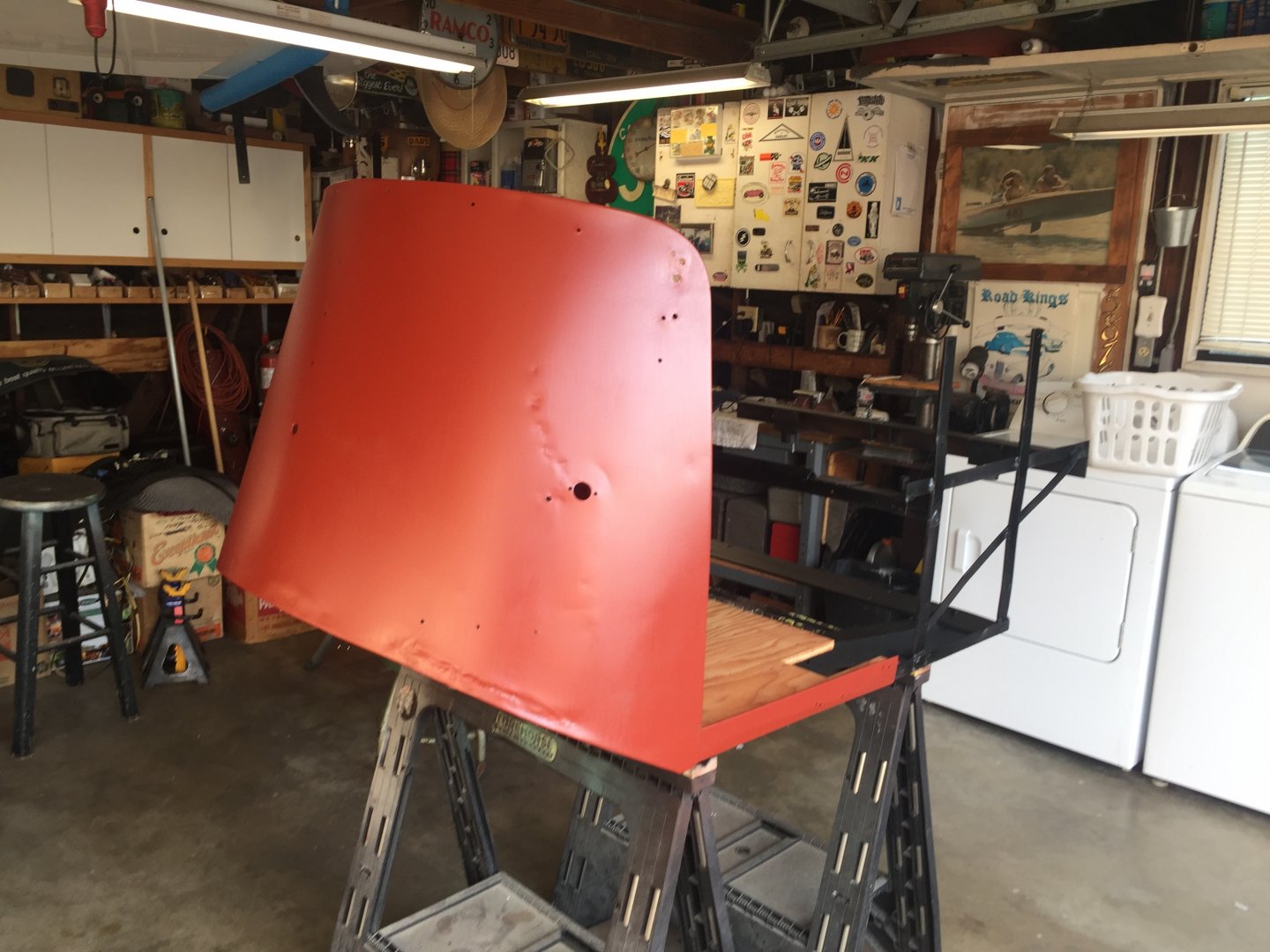 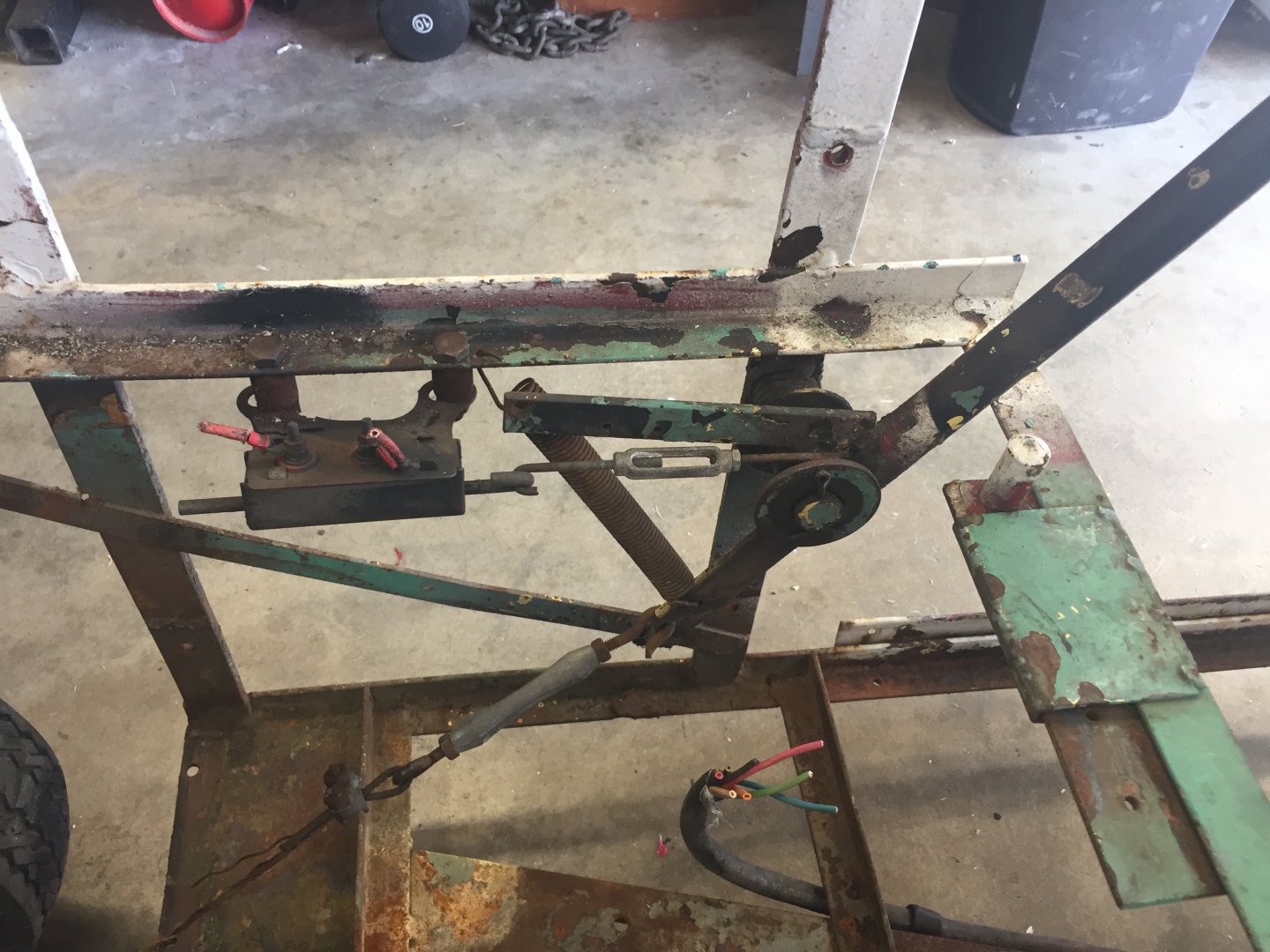 Once I found an engine, a chinese 125cc with auto trans and reverse, I had to find a sprocket for the rear. A Bultaco sprocket fit the bill and my son had it machined to fit in the stock location which is on the brake drum. Leaving the drum brake was a mistake by me as it barely stops the thing at speed. I should have gone with my gut and installed a disc brake. 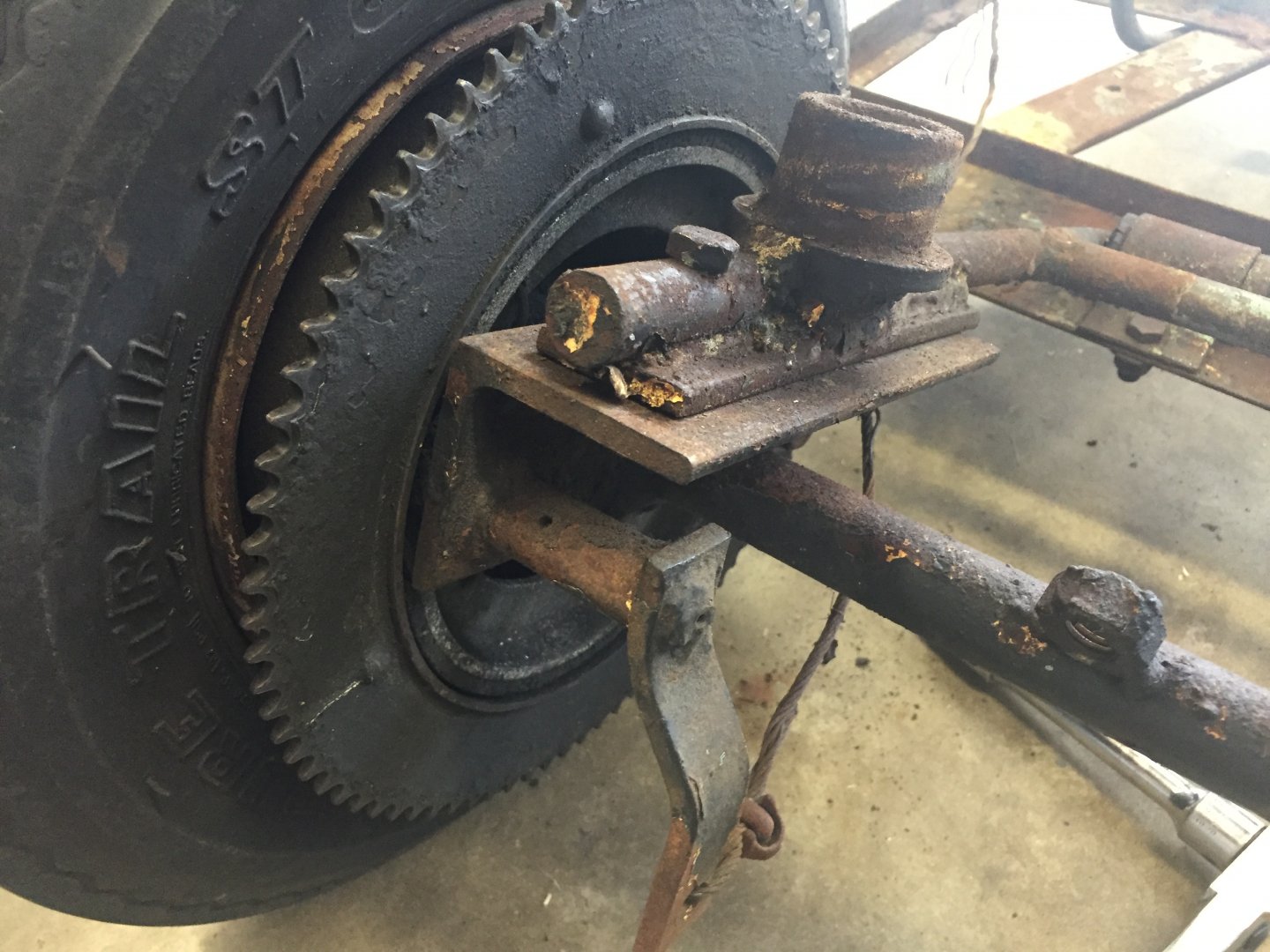 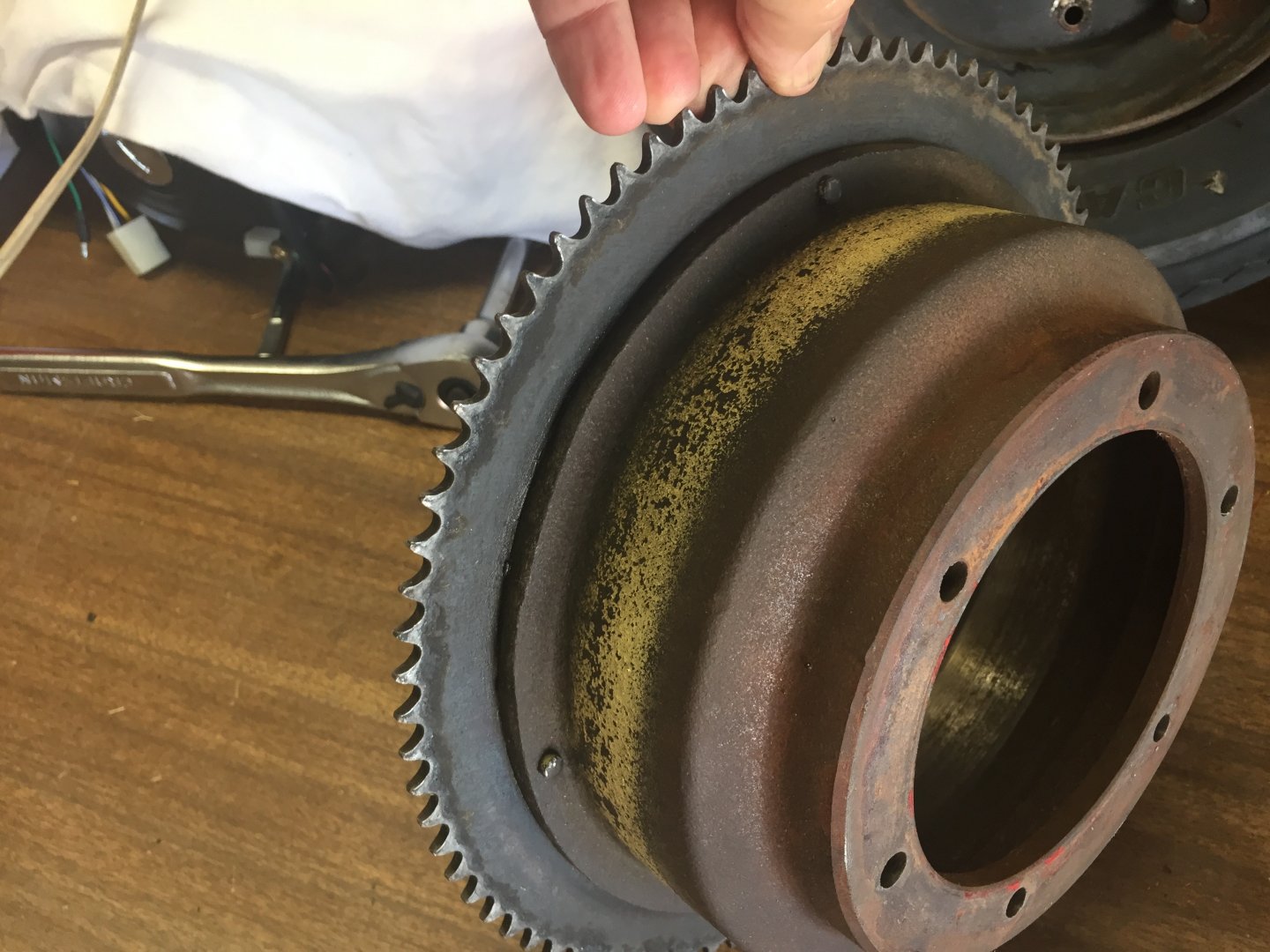 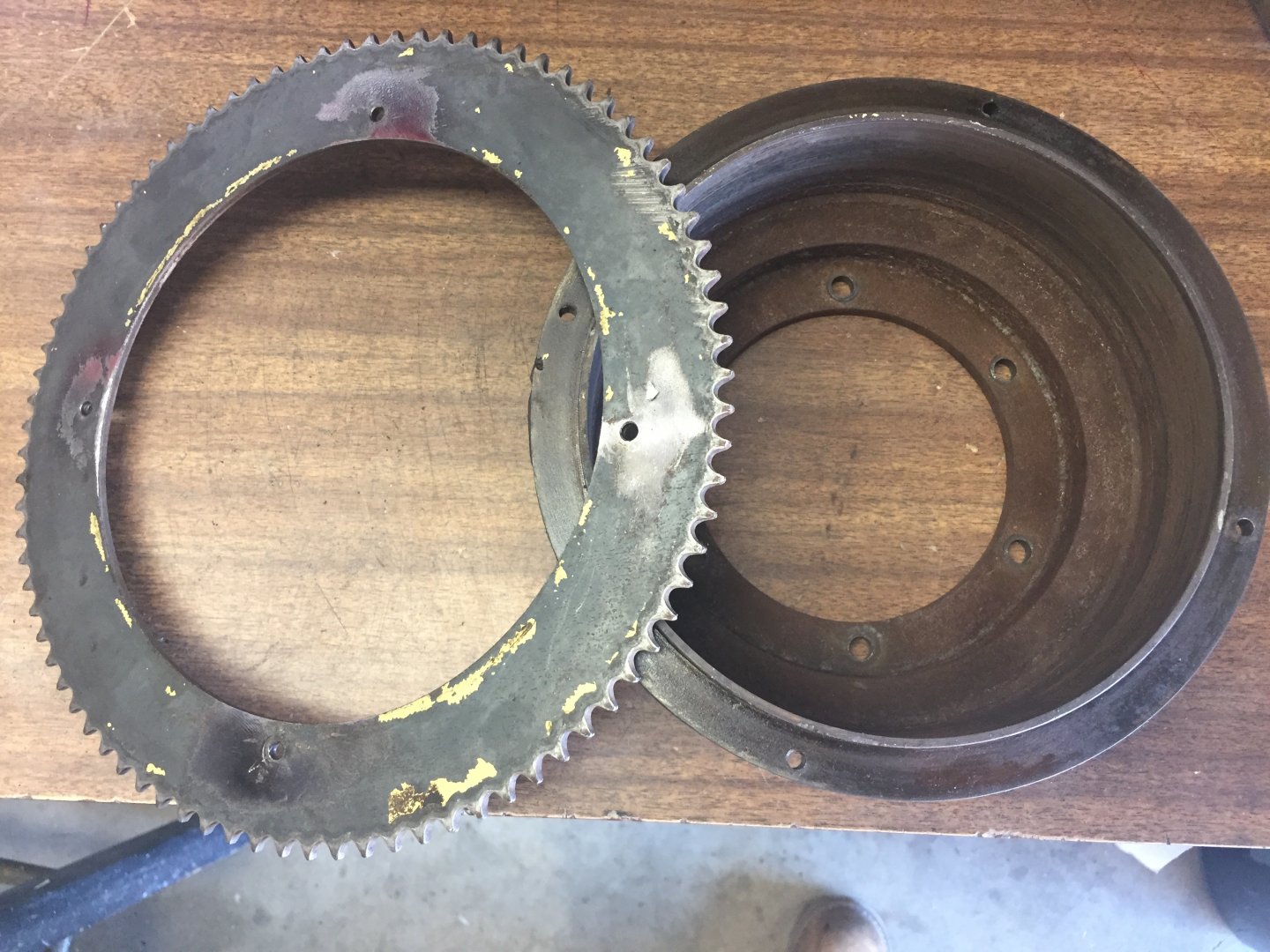 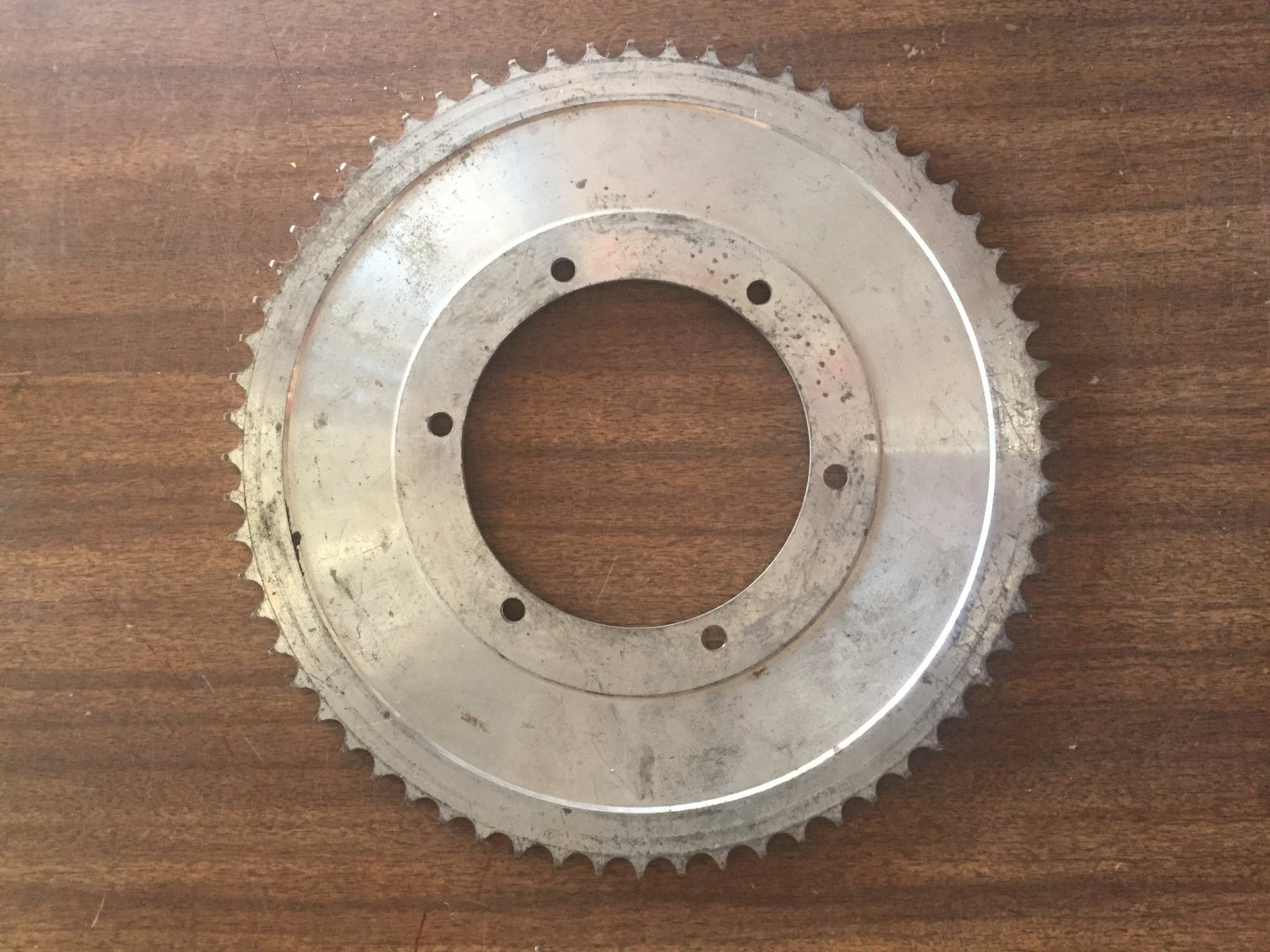 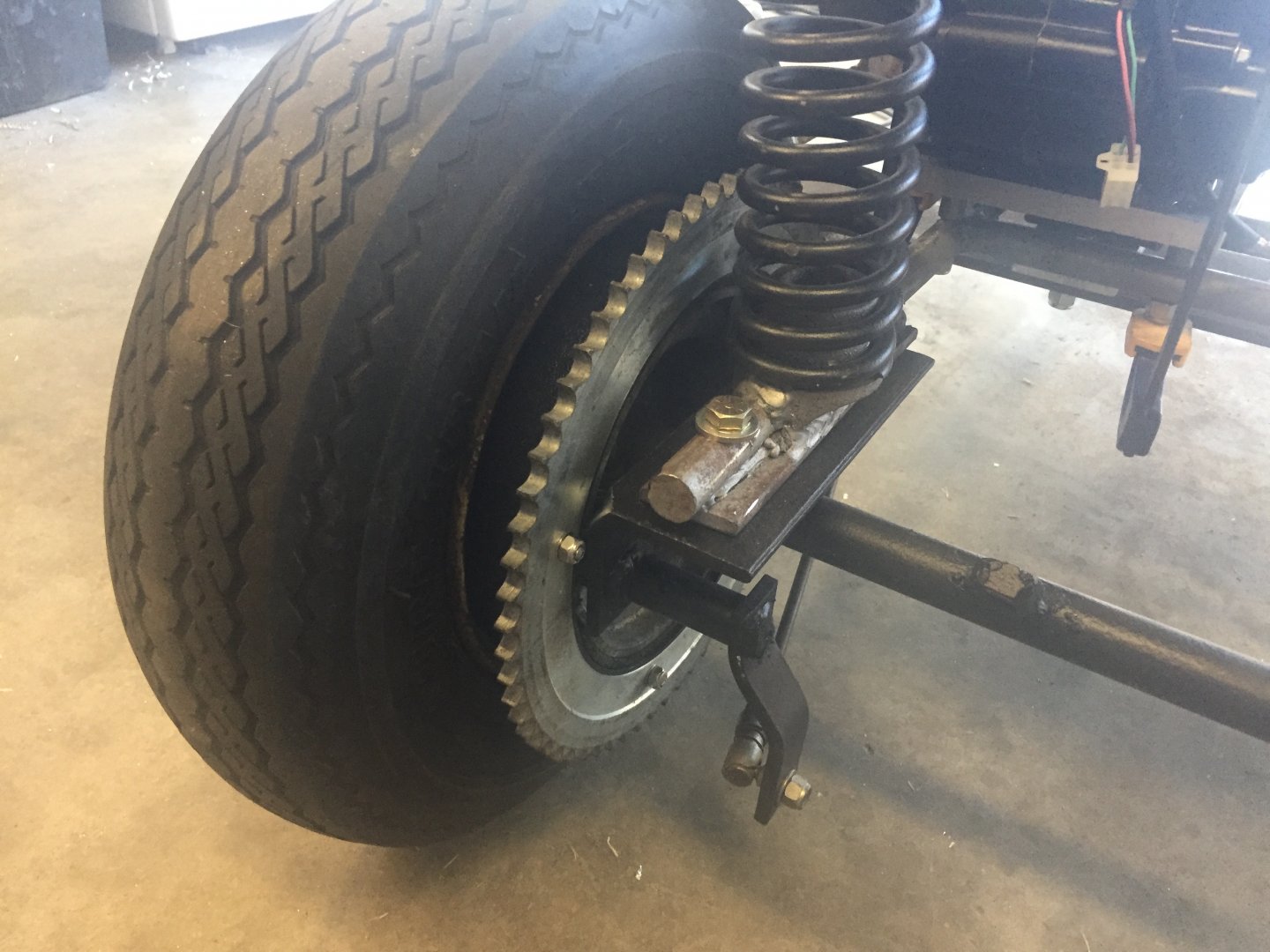 Engine took some figuring and I went through 3 different mounts but finally got it in there. Had to build an intake manifold because the carb would be up between my cheeks in the stock location. I also went through 4 intake designs, over thinking all but the last one which works perfectly. 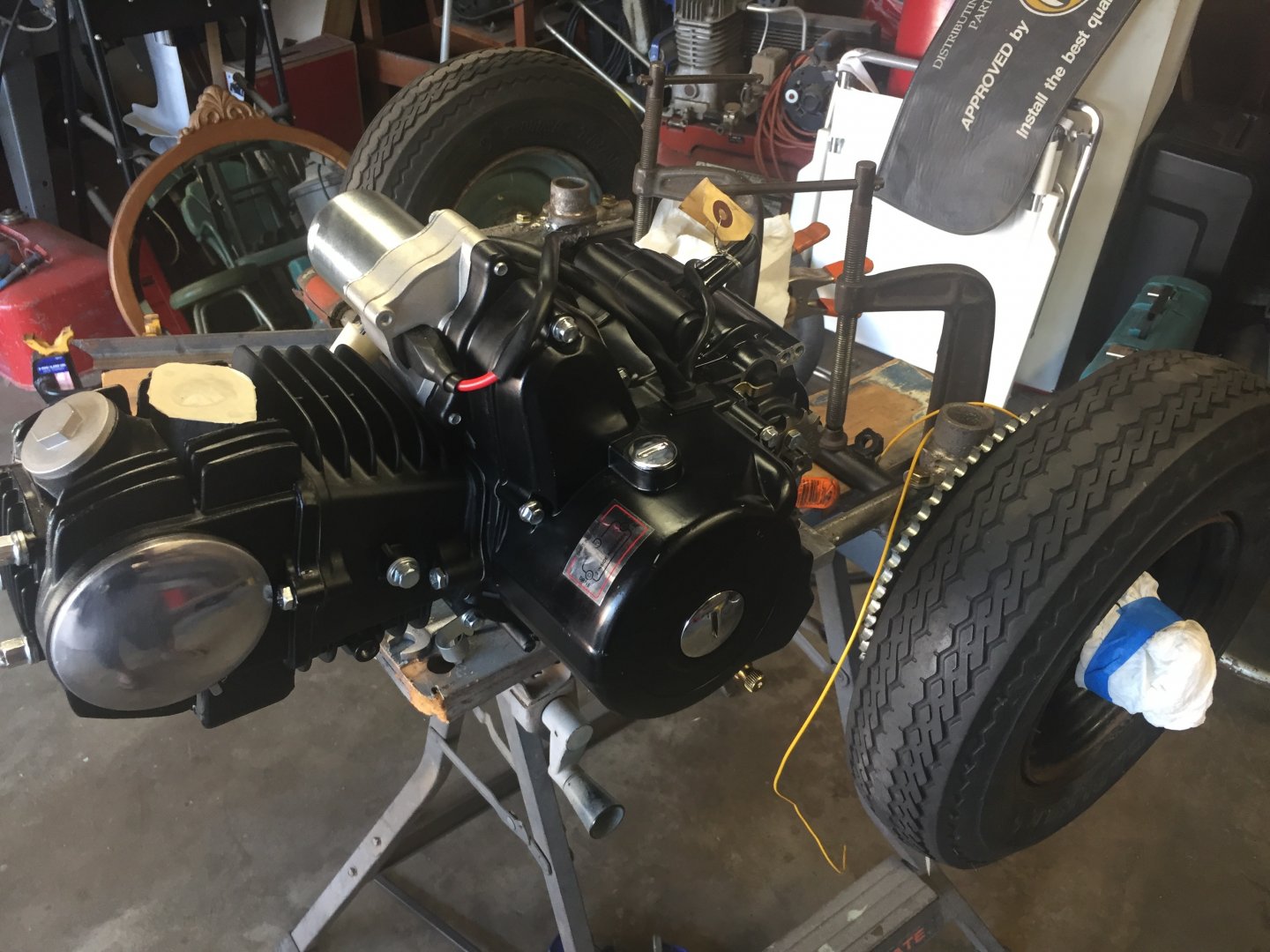 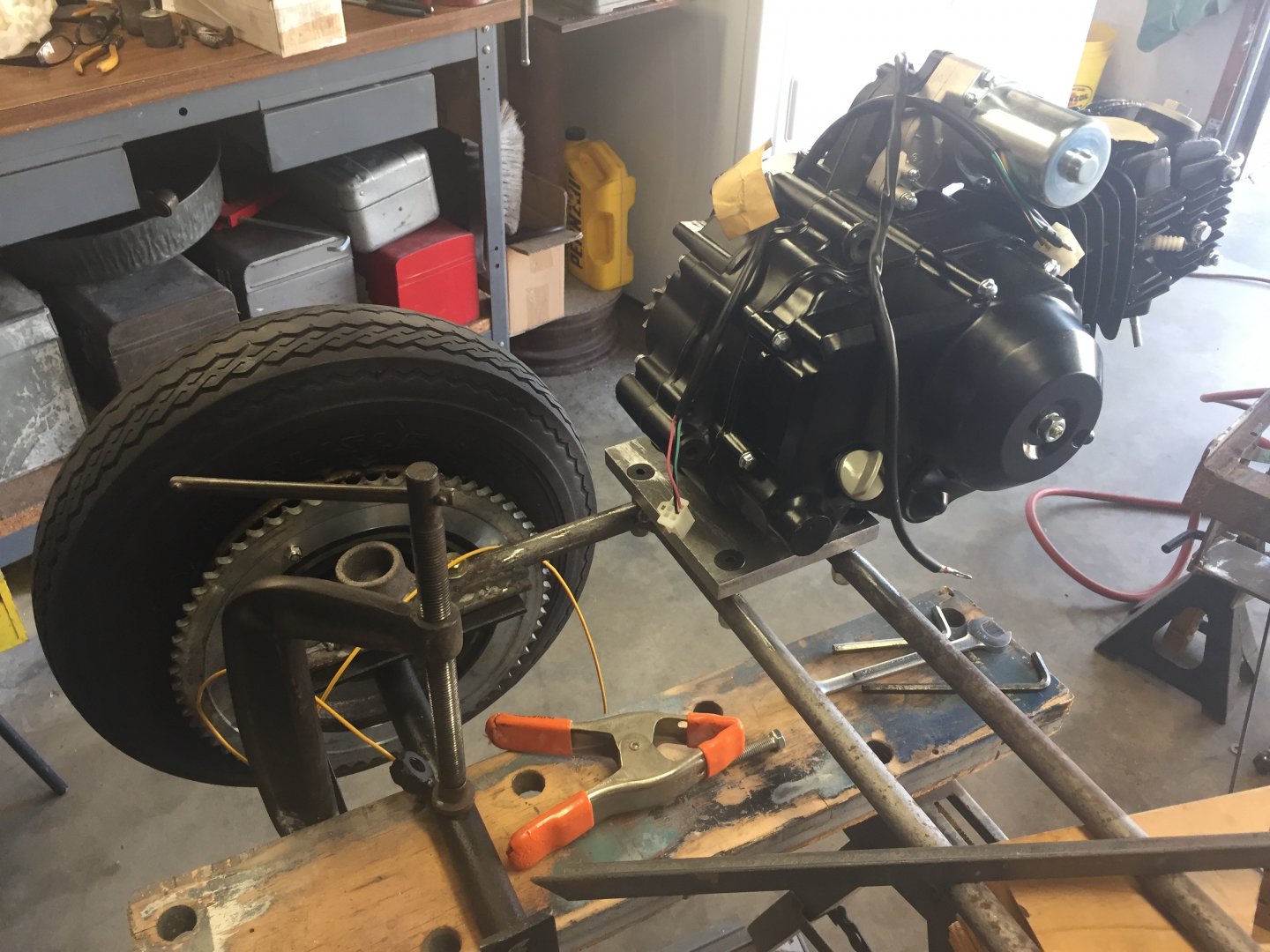 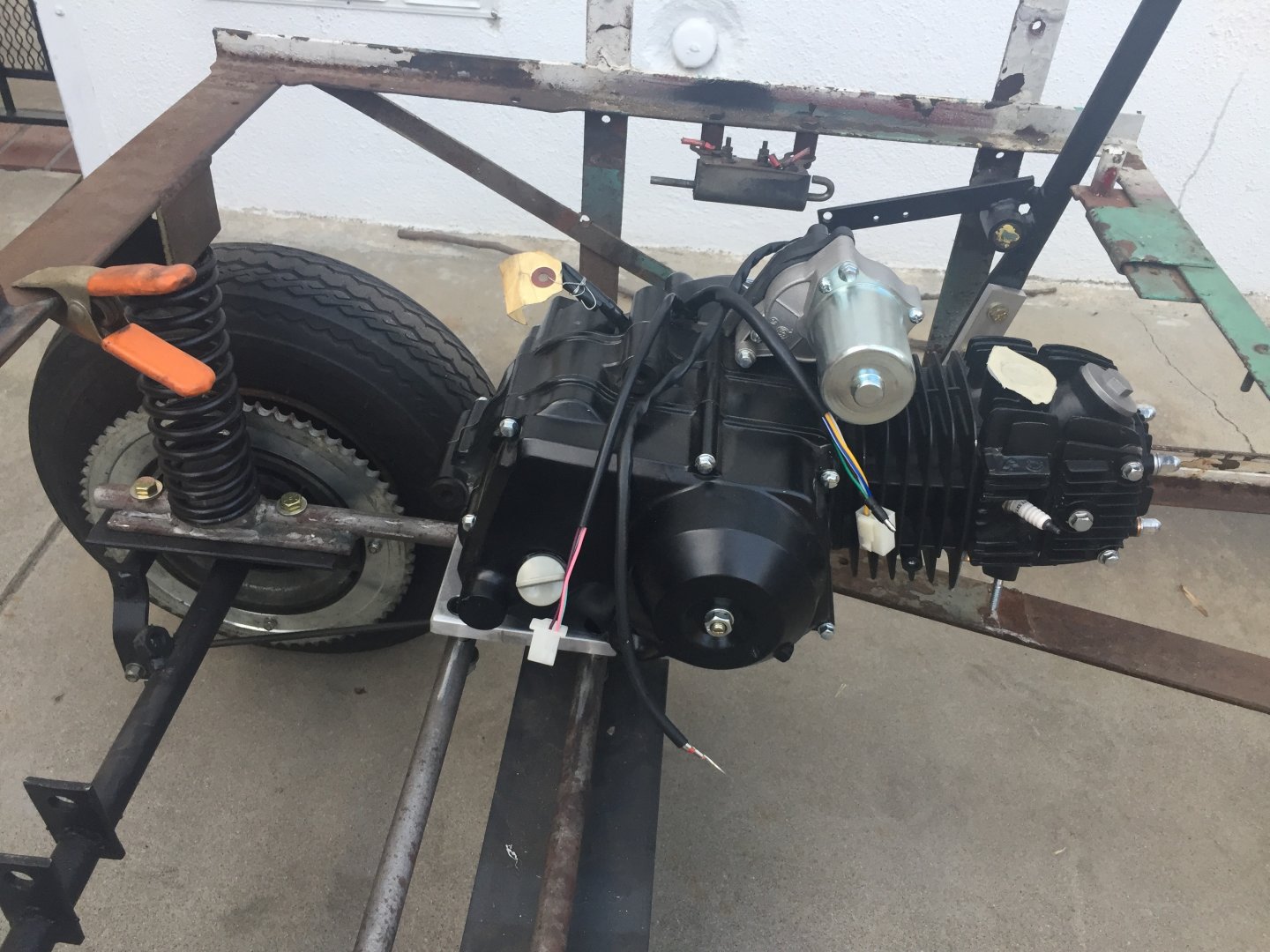 This intake was #3. I liked the way it turned out but the ramp was too long and up hill and it had a bad stumble when starting from a dead stop. 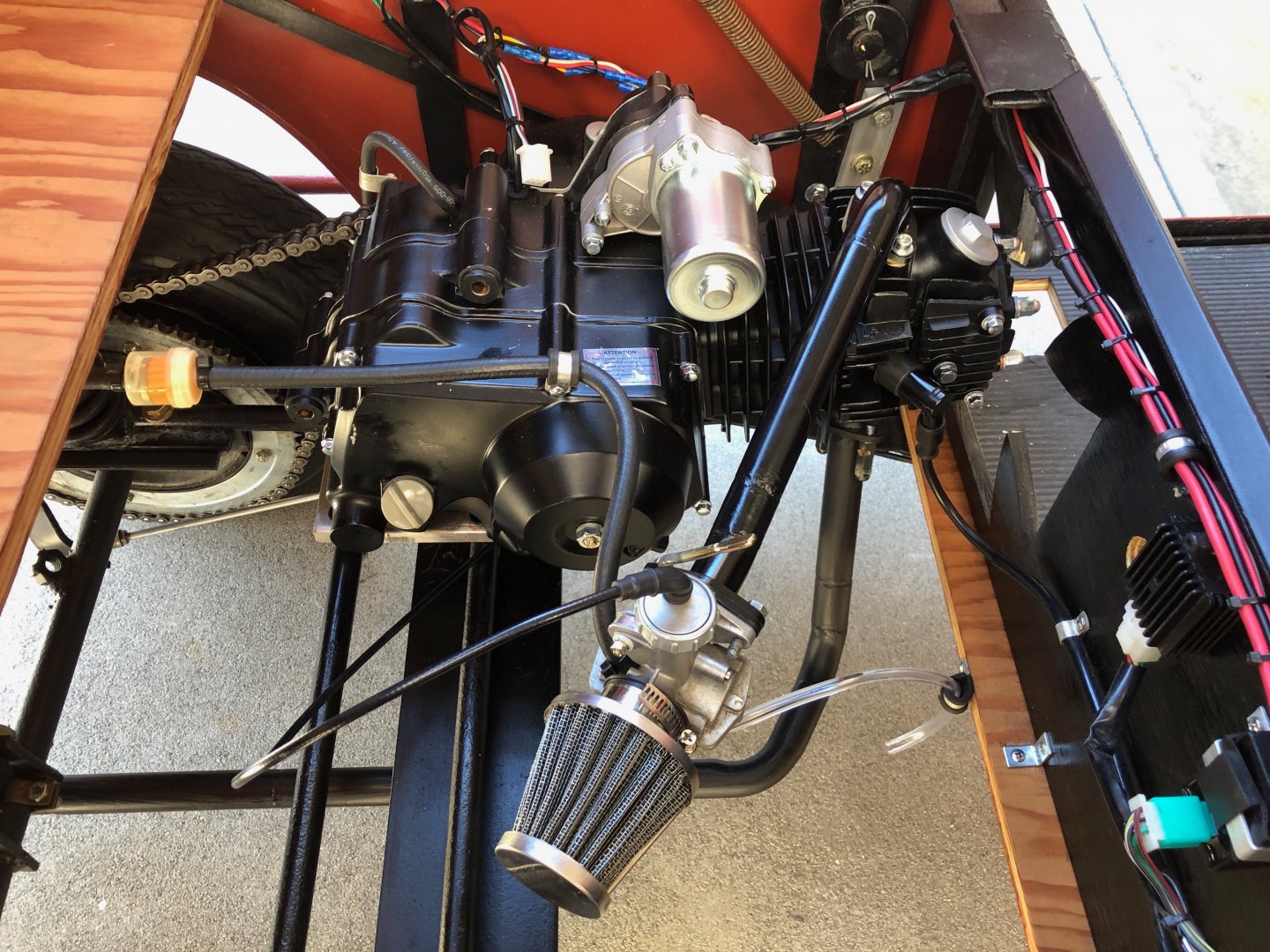 I took the factory intake and cut it into pieces and came up with this. Couldn't find anyone to weld up cast aluminum so I just duplicated it in steel and welded it up in the garage. Works 100% better than #3. 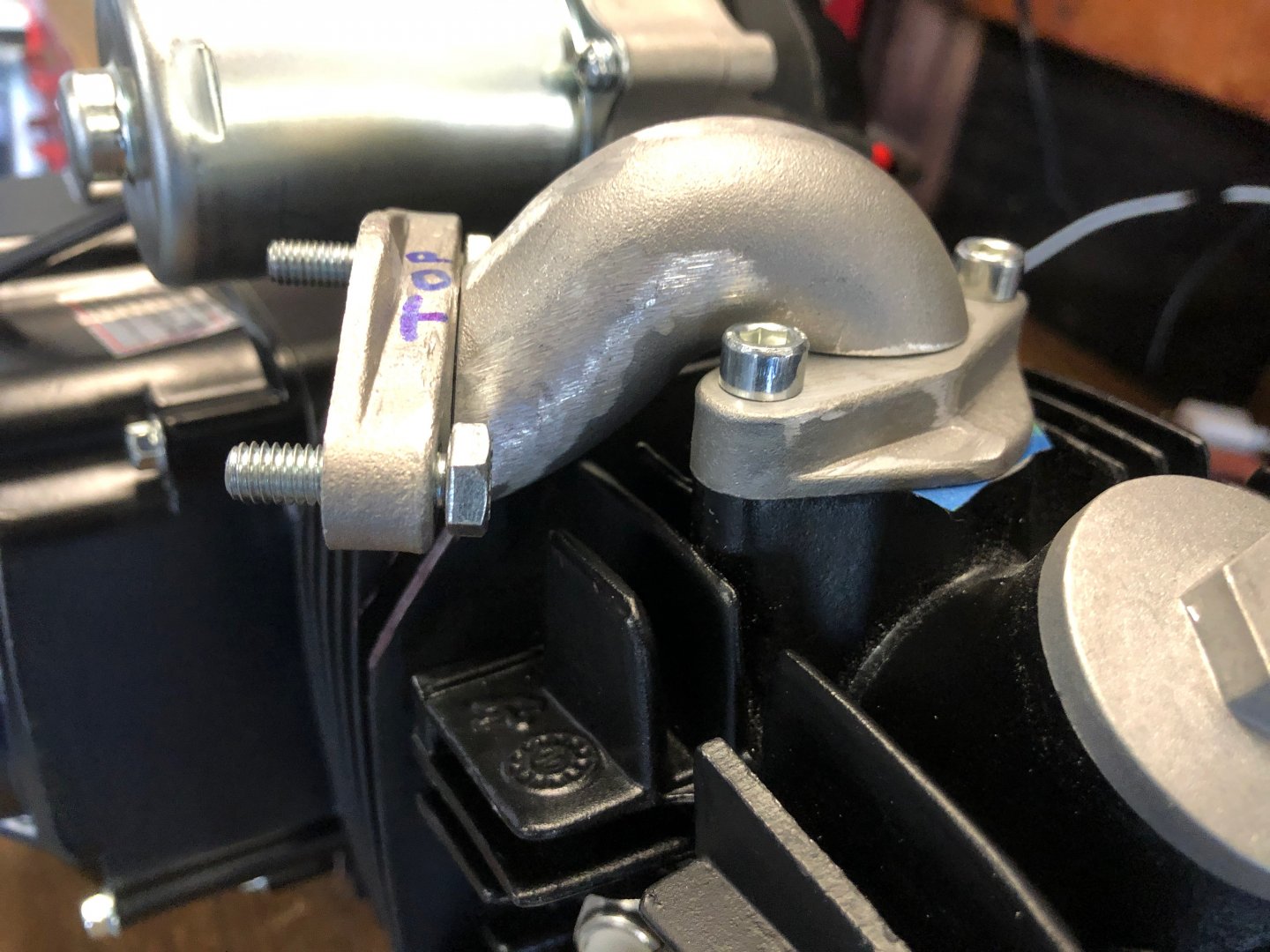 Restoring the headlight, horn and tail lights are the kind of things I enjoy, have all my life. Built a simple chain tensioner and cut apart a stock exhaust pipe to fit under the rear of the body was fun too. Gas tank gives it a high performance look. lol Amazingly the Spectra 20 emblem fit right into the 3 holes where the original 'Grocery Getter" emblem was. The Tahiti Tiki head was one that my dad cut off and put it on a chain in the 60s that I wore around my neck. 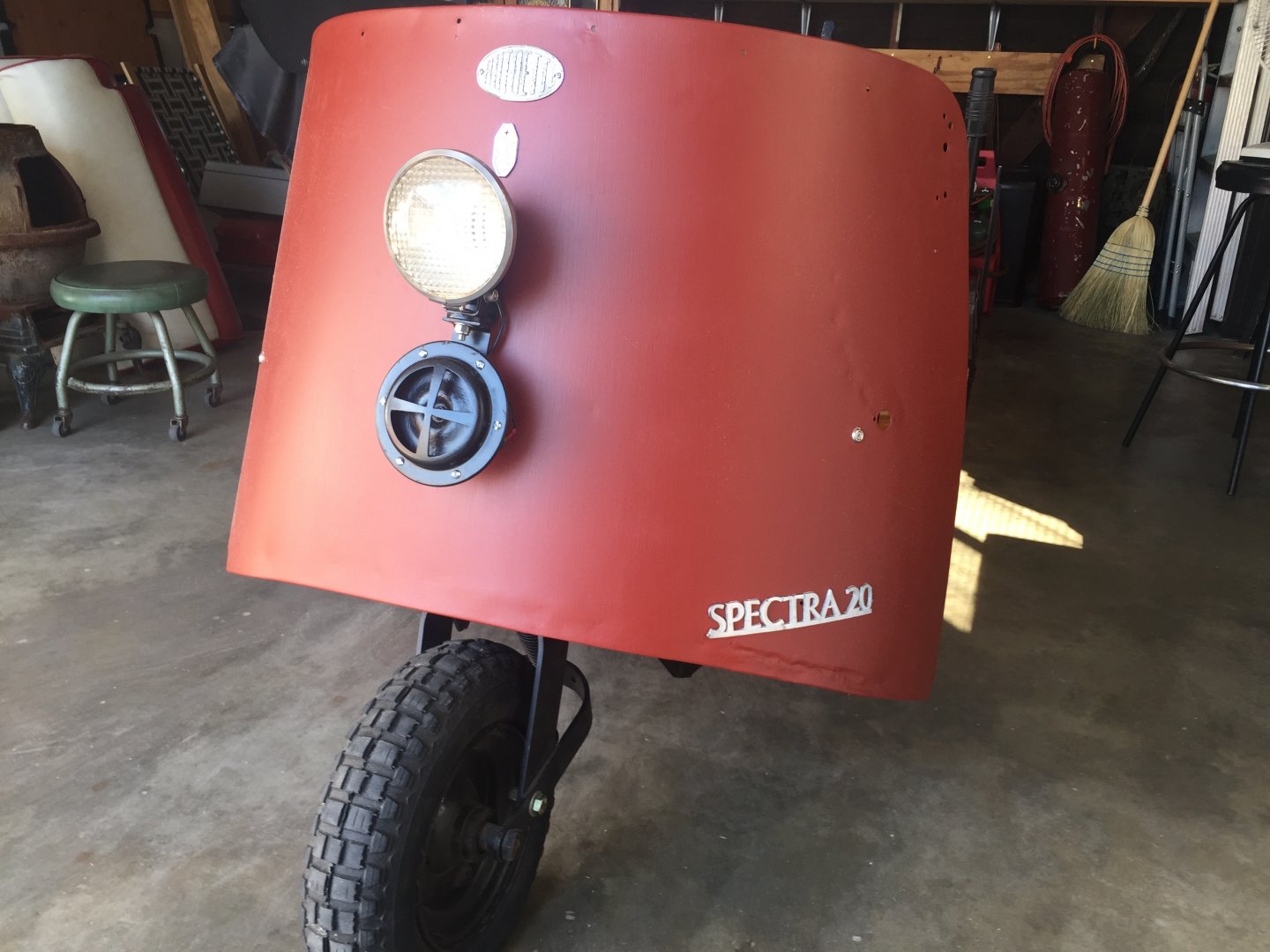 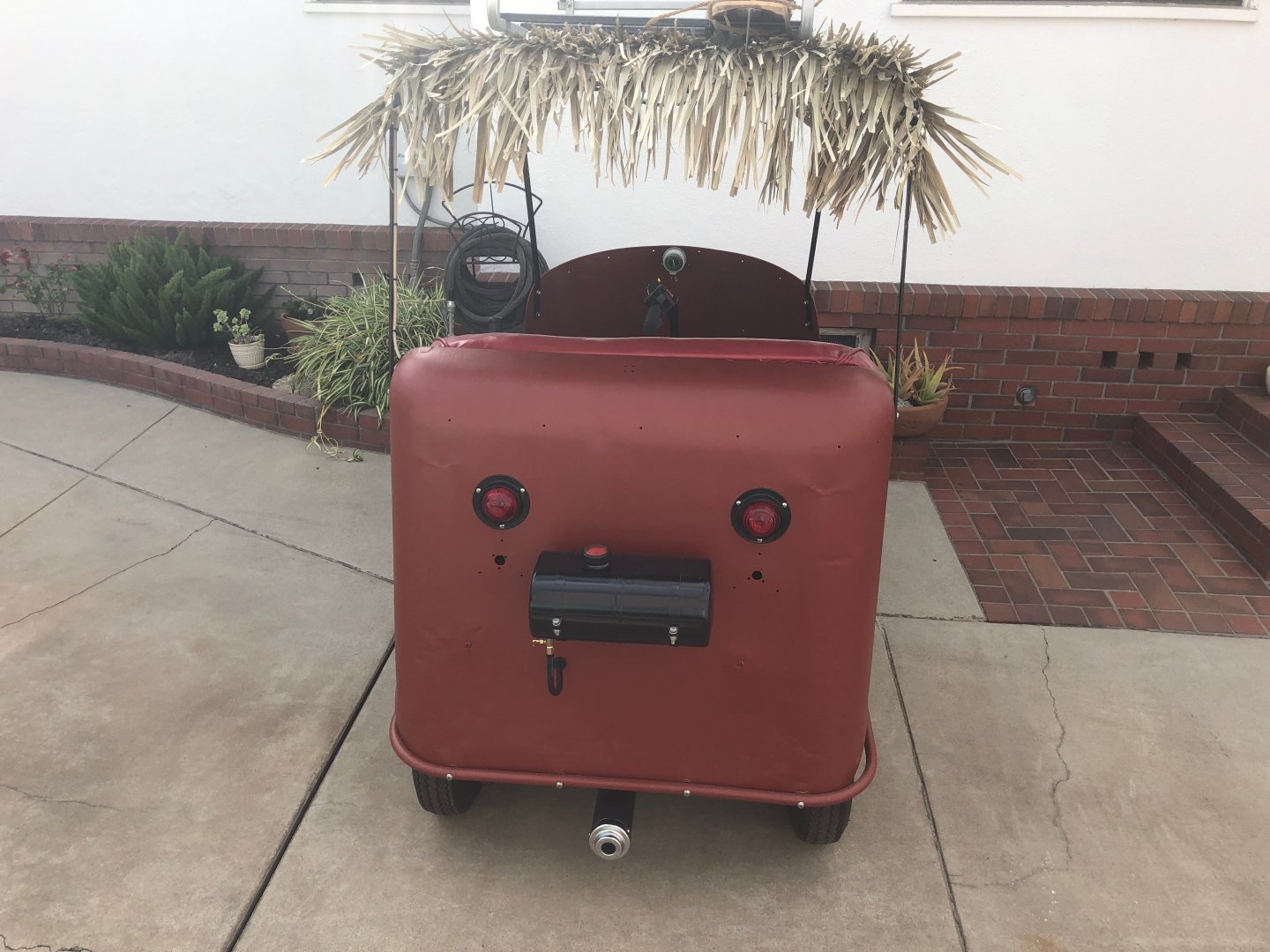 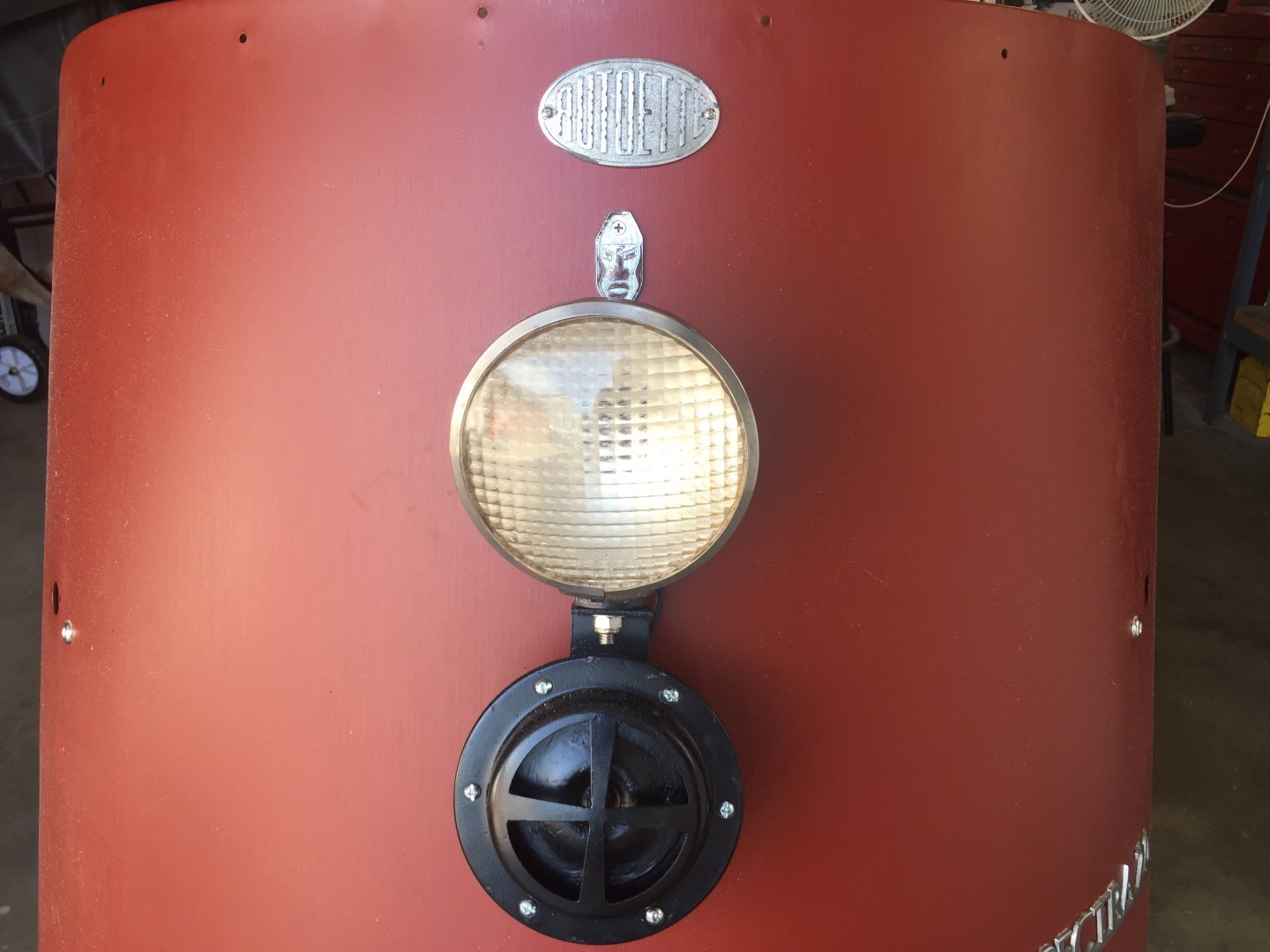 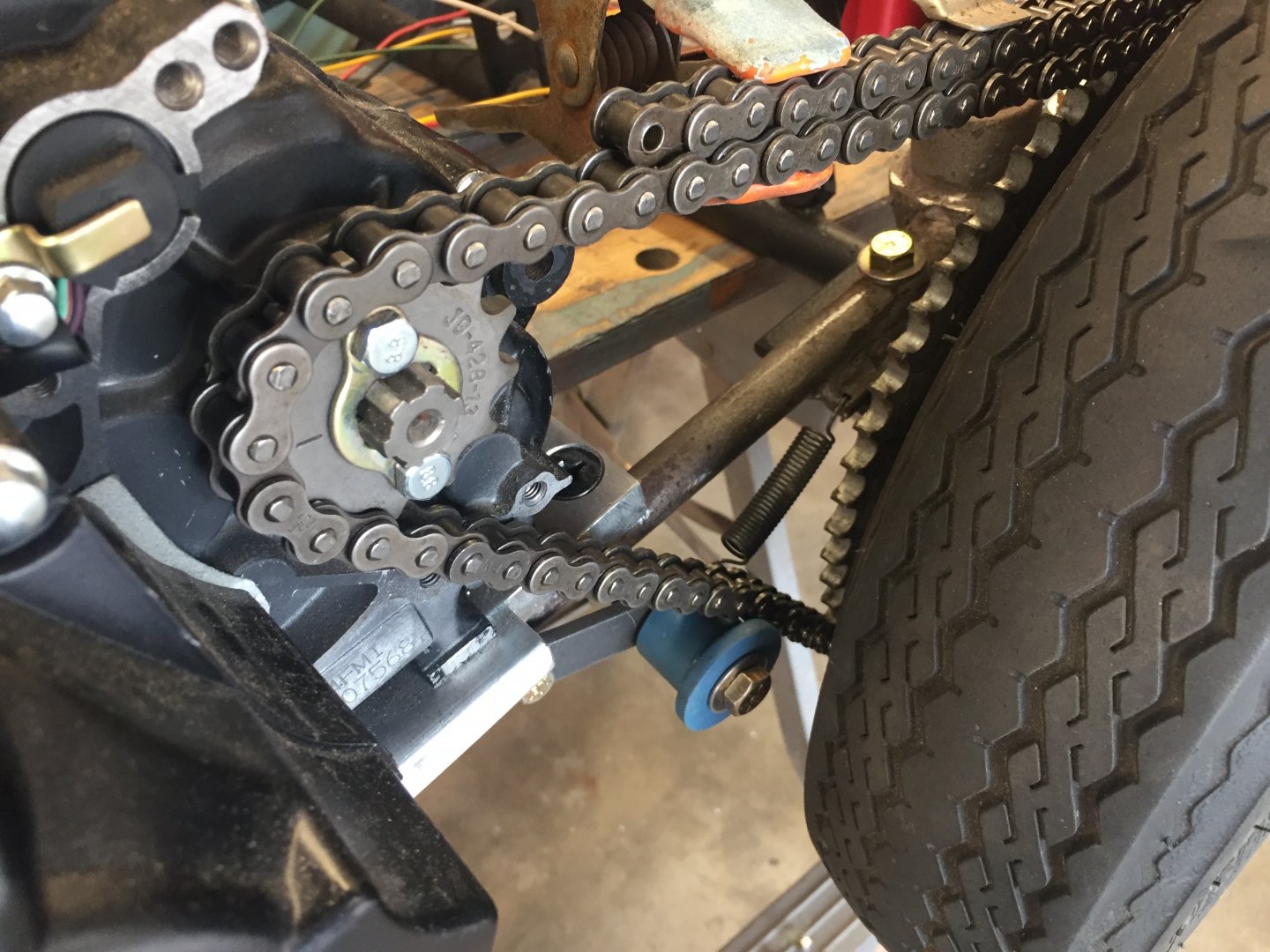 The original top material was rock hard so I went with a Tiki themed roof. Not worth a shit in the rain though. Found an old luggage rack from a full size car on craigslist and cut it down to the right size, also bought an old Brad ski (It was split) and cut it down too because a full size ski would look silly and I know I'd be constantly bumping my head on it.

Also installed misters in the top for those hot hot days with a hand pump and container behind the seat. 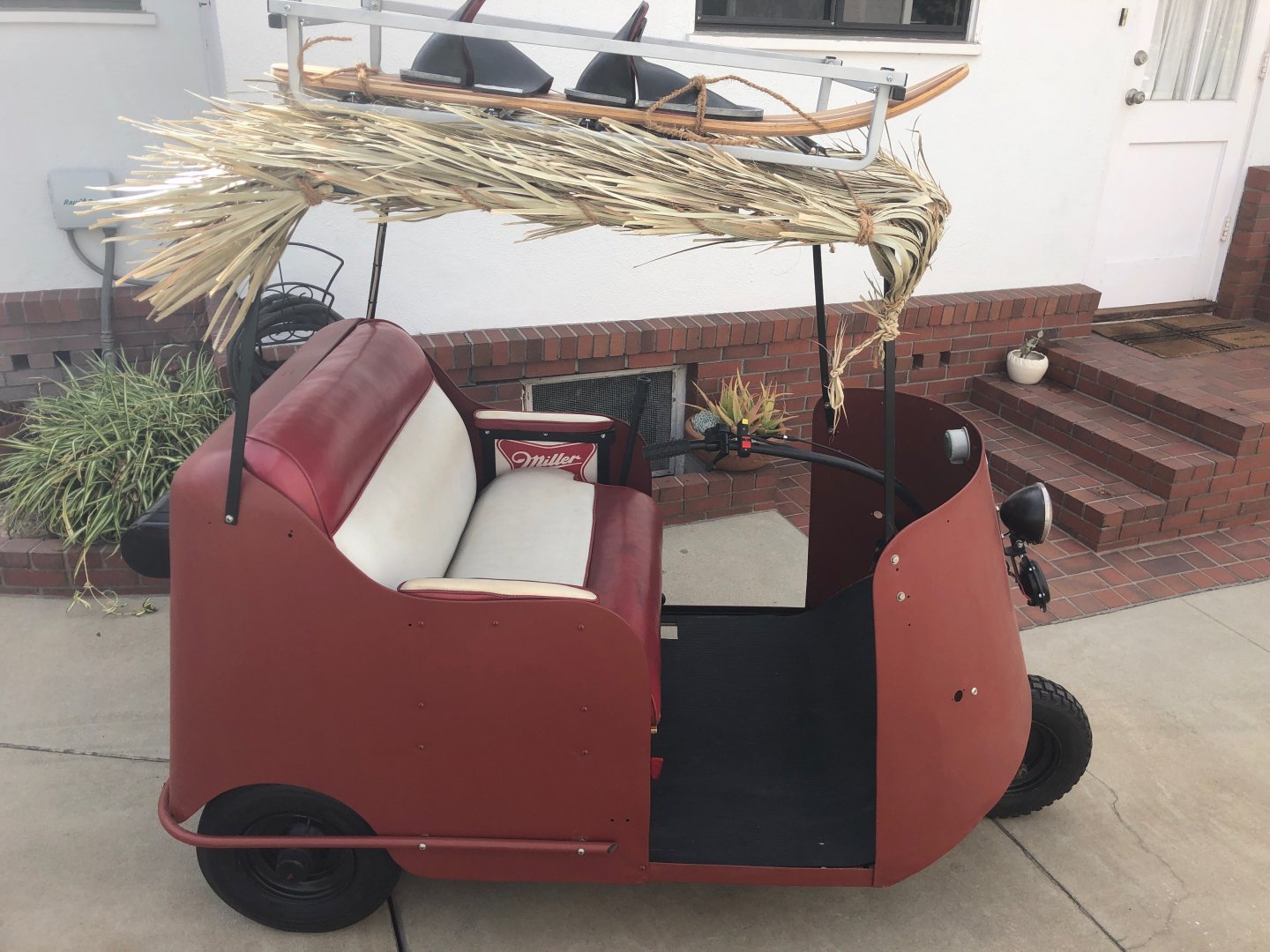 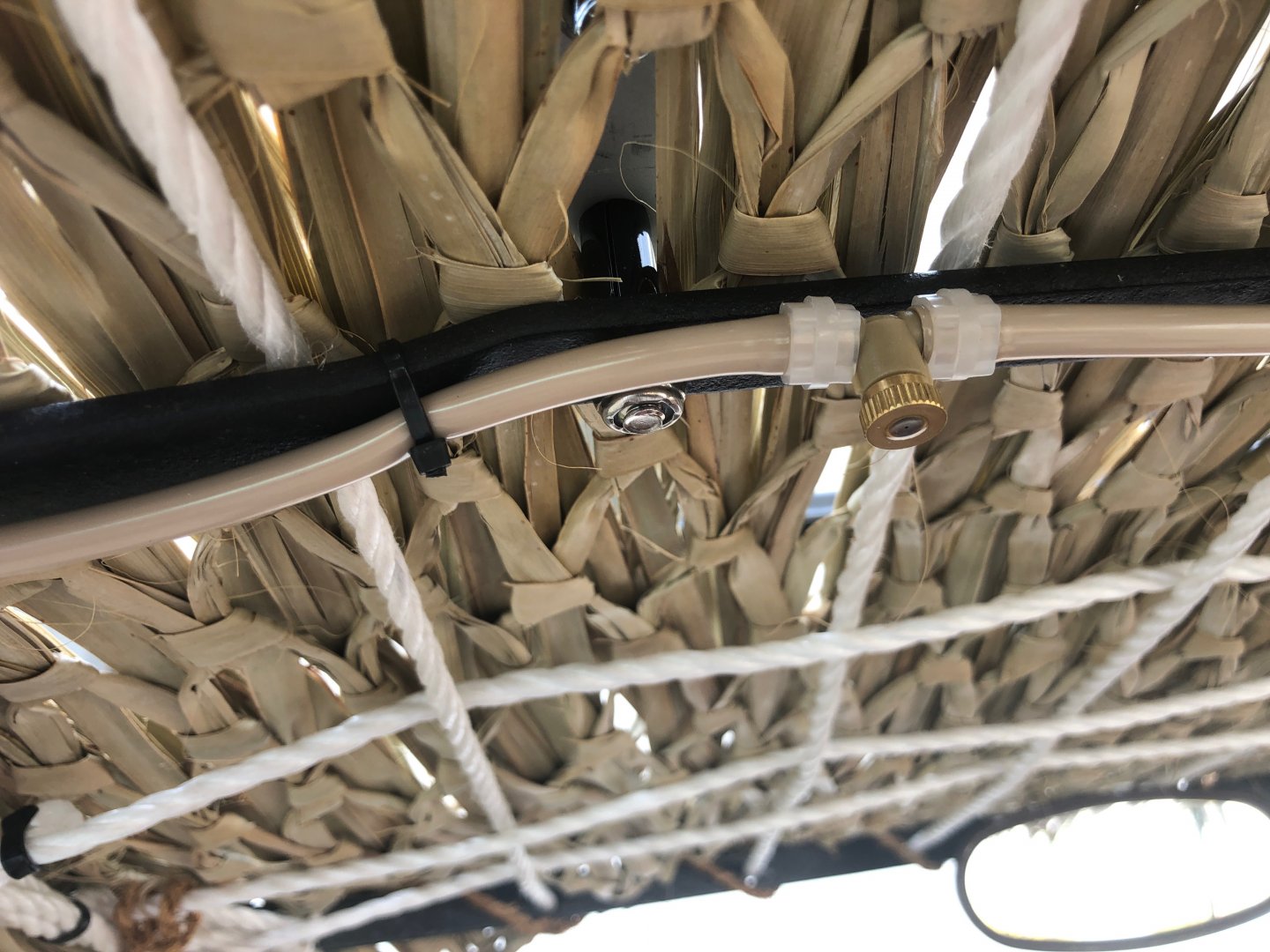 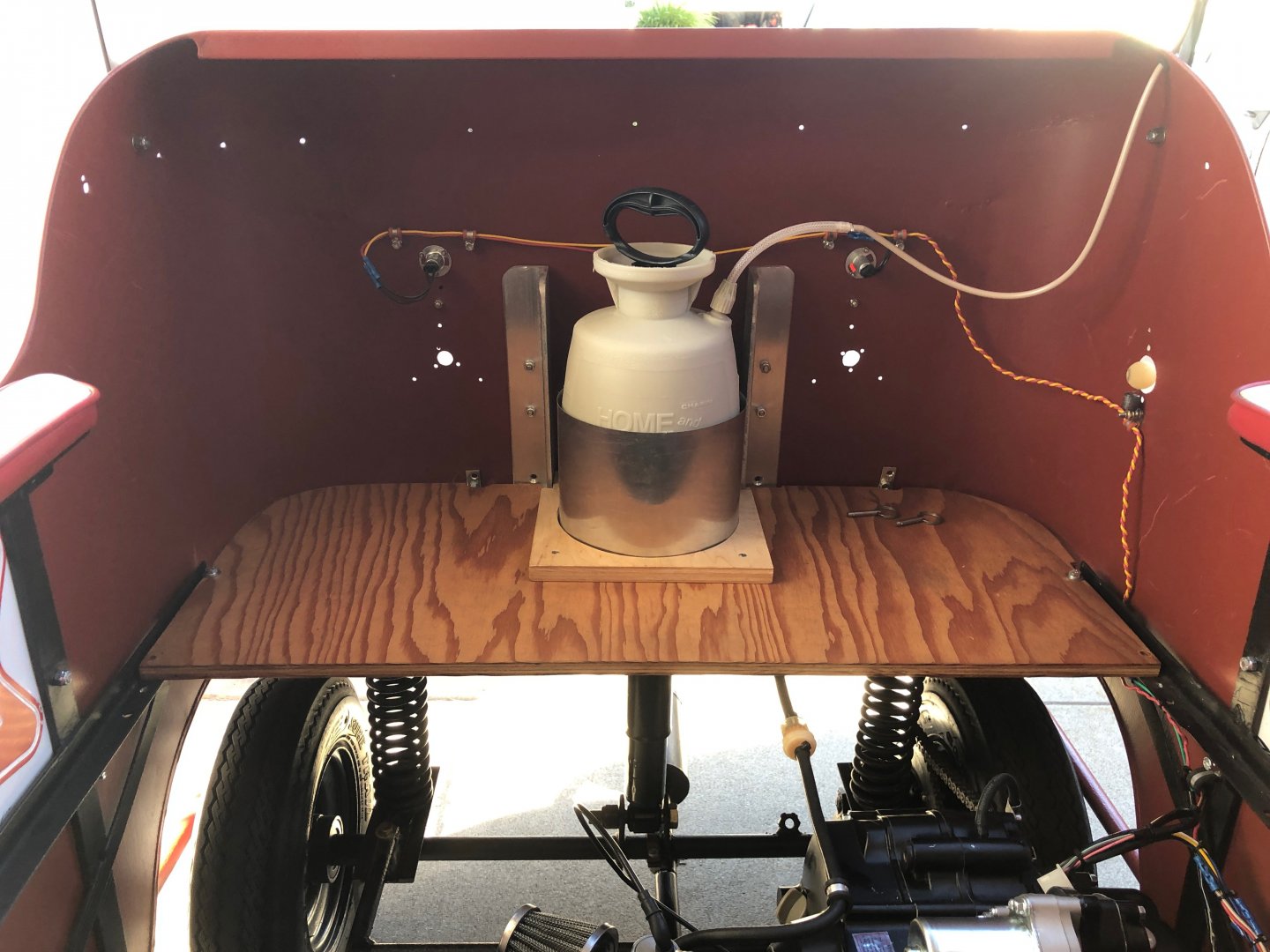 Earlier this year the maiden voyage to Road Runner was a success. 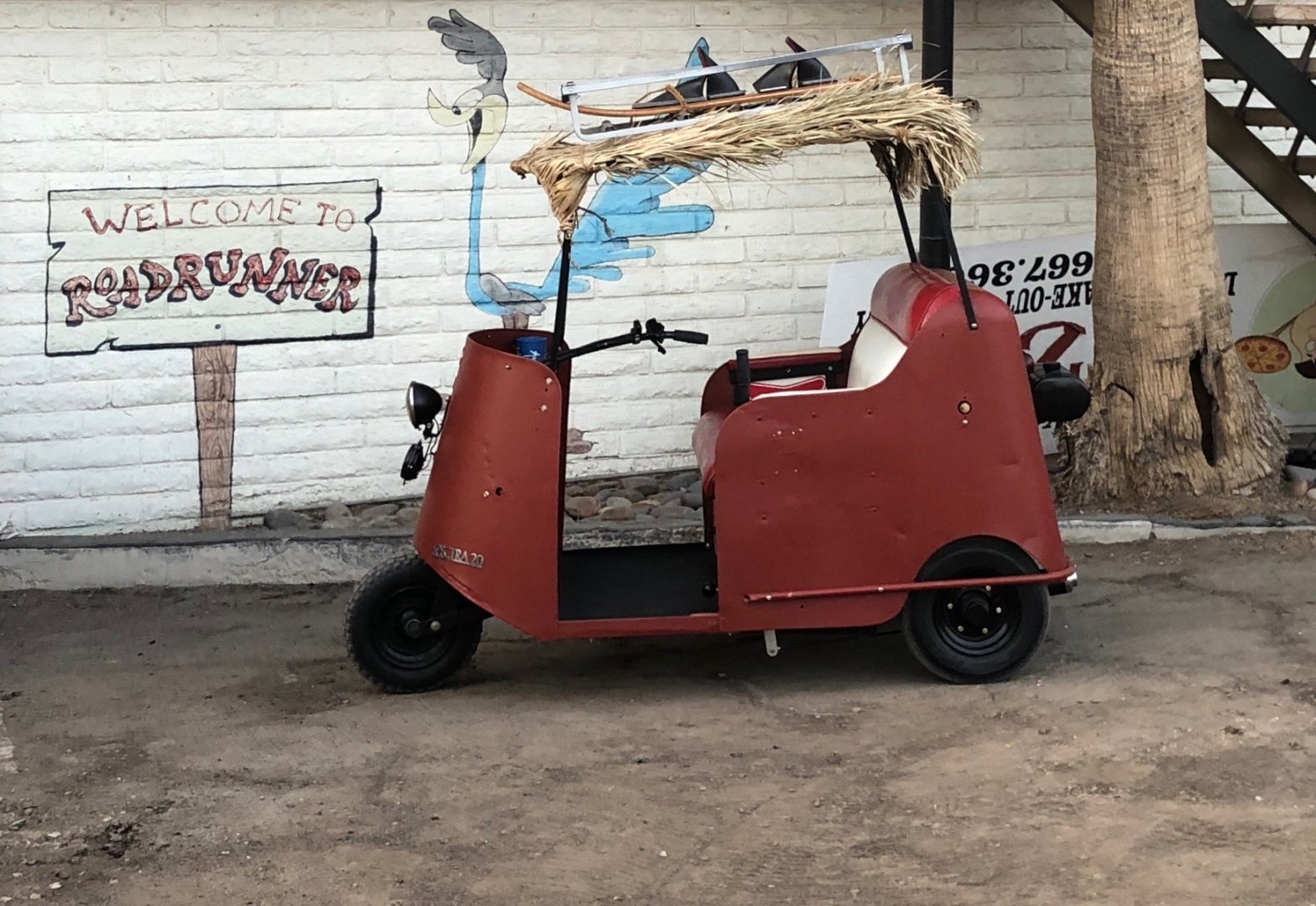 I have a very old steel golf cart made by Westinghouse, formerly made by Marketeer, Nordskog after Westinghouse was done with it. I keep thinking the next time it needs batteries I would do a conversion like this.

Where did you source the engine?

TimeBandit said:
I have a very old steel golf cart made by Westinghouse, formerly made by Marketeer, Nordskog after Westinghouse was done with it. I keep thinking the next time it needs batteries I would do a conversion like this.

Where did you source the engine?

I used this place but there are several online. There's a whole cultural of fixing up pit bikes I never knew about and they supply just about everything for them. They should have all you need for a swap. There's several suppliers of this Chinese stuff all offering the same parts at just about the same price. I chose them because they were within driving distance if needed and as it turns out I ended up doing because the first engine had a massive oil leak. They replaced it with no qualms.

wishiknew said:
be careful in that thing they turn over fairly easy and I mean the cart VERY Good job in the build also
Click to expand...

Thanks,
Yeah they're pretty narrow, 36" to the outside edge's of the body but I adjusted the thumb throttle so it goes pretty slow. Got a 10 mile an hour speed limit in the neighborhood anyway.