My helper and I have spent 15 hours making the analog and digital trim work together properly. Then we spent 20hrs (7.5 of which were spent on the line with Mercury tech support who couldn't figure it out) making the port engine register as port and stbd engine register as stbd. I think we performed about 30 engine assignments and helm configs throughout the entire process. We finally got it solved at 11:30 yesterday evening, it was an issue with the brand new Mercury rigging kit. My customer is on a time spent contract, do you think Mercury is going to anti up anything?? I doubt it but well see.

Ive said it before, and I'll say it again. I FUCKING HATE SMARTCRAFT/DTS!!! 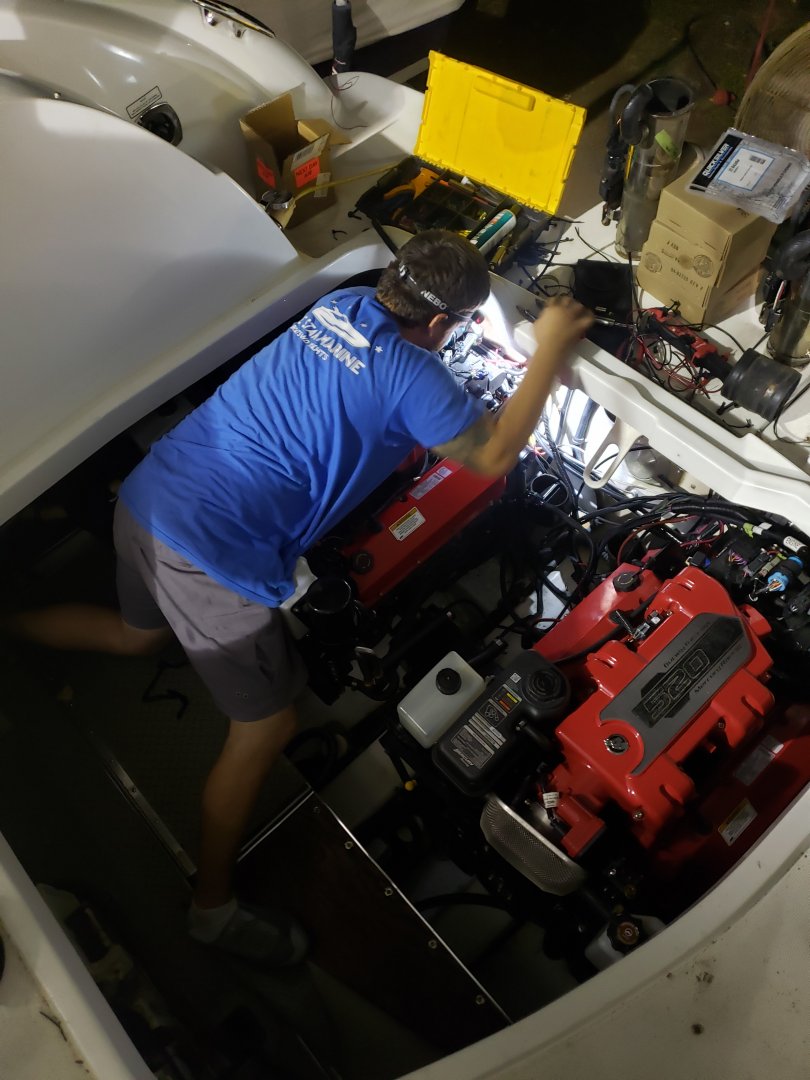 I don’t know if other people have that much trouble with it.. but if they do I have never heard of it?

RiverDave said:
I don’t know if other people have that much trouble with it.. but if they do I have never heard of it?
Click to expand...

The first monkey was taking an analog boat and converting just the engines to digital. There was a lot of wiring harness customizing/building to make the analog offshore trim/tab/trailer switches work in conjunction with the now, digital trim controls and limits within the new engine harnesses in a way that didn't backfeed through the new engine harnesses and potentially harm the new electronics. This part was not fun, but was expected.


The super fun part was getting the engines to assign. The first issue was G3 kept breaking communication during the setup process. We thought maybe it was a cable issue and I called in a favor with another local dealer who let me borrow his G3 cord, that didn't help. We eventually came up with a setup procedure that involved plugging in and unplugging G3 at the laptop multiple times during the engine location and helm configs procedures that oddly made G3 maintain communication. The next issue is that it didn't matter what we did, port engine would register as stbd and stbd engine would register as port. We tried reversing coms about 5 different ways at the offshore controls, swapping key switches from left to right, swapping 14 pin connectors at the engines, swapping complete wire harnesses from engine to engine, swapping clean power harnesses, even swapping engine ECMs and every possible combination of all those things you could think of. For a moment, we thought we had it, then we performed another engine assignment/helm config and boom! Back to port is stbd and stbd is port

We had been through 5 Mercury tech support guys in 2 days and they had all given up at this point and said it was the end of the day (5pm) today and they needed to kick it upstairs to the big man (#1) but wouldnt be able to get back with us until morning (and whose phone call I am now really looking forward to!)

At this point my helper and I ripped apart ALL the rigging. Short of pulling the harnesses out of the gunnels, we disconnected EVERYTHING and started from scratch again. After putting all back together, we had nothing. No alarms, nada. Engines were dead. Turns out a small monkey was that the clean power harnesses both popped their 5a fuses in our haste to take everything apart. Put it all back together and the same thing that we'd been dealing with all day and part of the day before. Port was stbd and stbd was port. Engine assignment/helm config or not, it didn't matter. I/we were finally able to get the issue pinpointed and fully diagnosed at 1130pm. We had the issue resolved and repaired by 230am this morning. Now we just have to finish 2-3 days worth of tidy up and reassembly in 8 hours and I can only supervise from the boat next door while I scramble to get it back together.


What was it??! Something so easily and stupidly messed up by Mercury that was damn near impossible to find and was only found after exhausting absolutely every other single possible solution first.

TO BE CONTINUED after my conference call with the big kahuna at Mercury which will be in the morning (now only a mere 3 hours away) if he will allow it
Last edited: Friday at 10:25 AM

I left work with heat exhaustion at 2 today after only 4.5 hrs of sleep. My helper who is the newest hire didn't show up to work at all today, can't say that I blame him being that I kept him there until 230am. I did feel sorry for him being he had an hr drive home and gave him the keys to my Formula to crash in so he didn't have to make that drive. The other 2 guys who were supposed to be at my disposal to finish the boat today got pulled off at noon to go do 2 haulouts. Neither boat I had promised for the weekend made it today. I was able to pawn off some of the work to another mechanic today who finished up his work load early but I now have to go in tomorrow to try and get at least one finished and try to salvage somebody's weekend.

The 520DTS engine rigging issues that were causing the engines to be going apeshit and not a thing could fix it...... 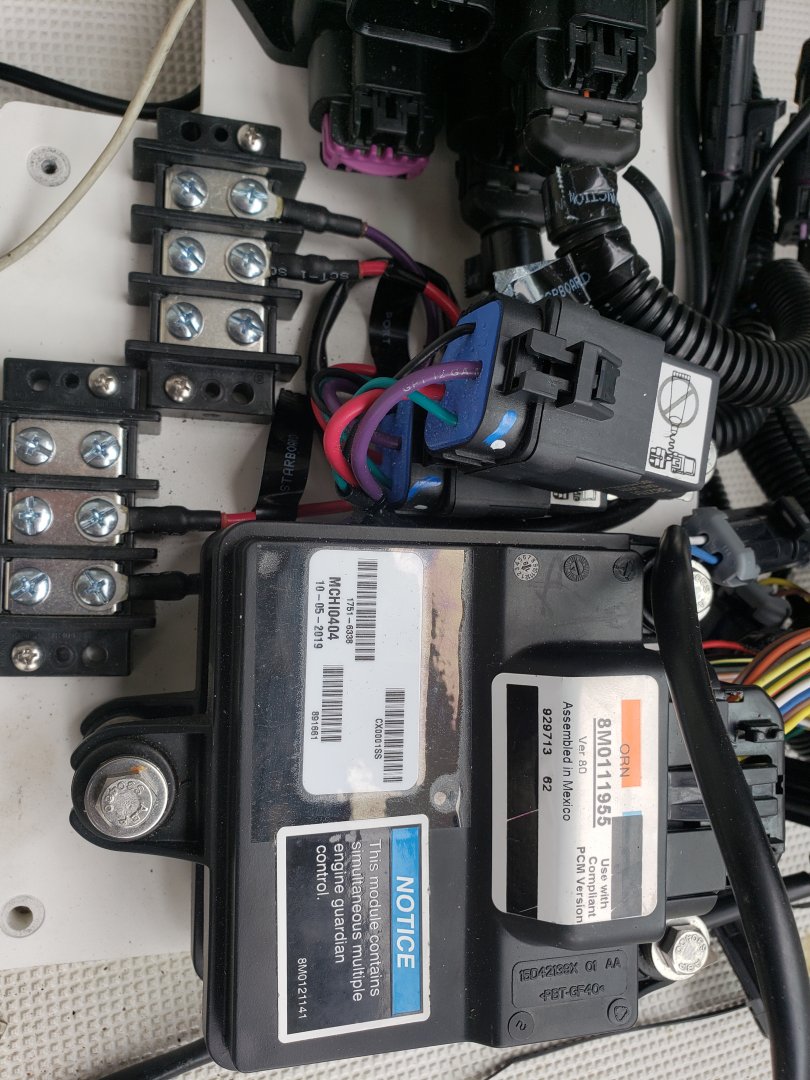 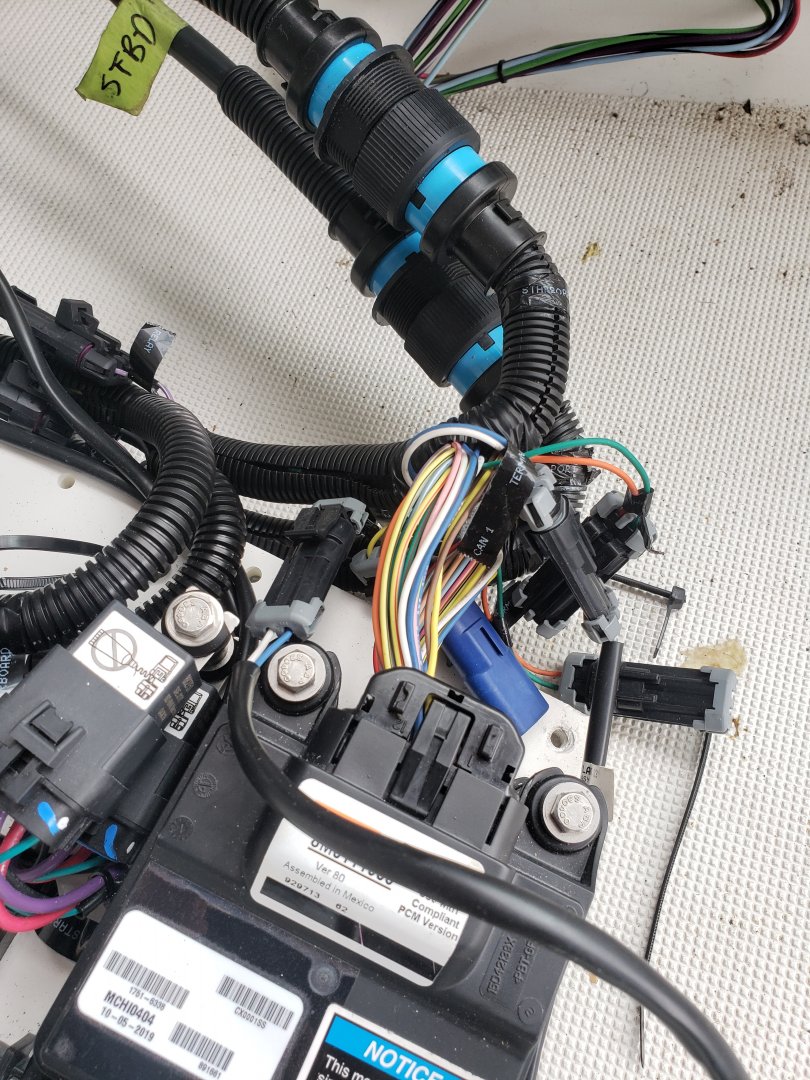 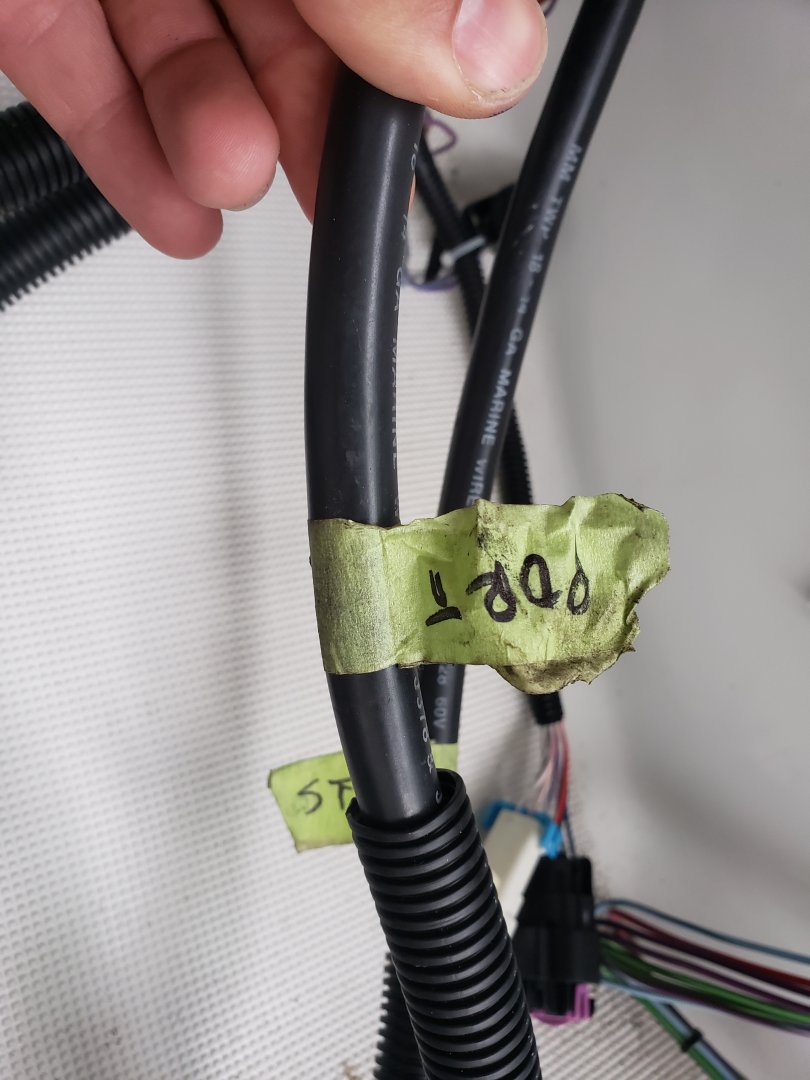 was my brand new "easy rigging kit" from Mercury was mislabelled from the factory when it was assembled. There is absolutely no way to test for this or detect it except by experiencing all the issues that I did and by absolute process of elimination. As you can see in the picture the top module in the stack is labelled stbd. The green tape on my 14pin harnesses is which engine is actually hooked up to it now that all the issues are resolved and everything is responding correctly. Keep in mind i had to unbury and drop down the easy rig harness from the dash in which it was installed in my process of derigging the entire boat of everything engine install related late last night. Then after solving that issue, I had to reconfigure my custom trim wiring to match the now proper engine wiring to the engines new locations within the wire harness modules of the "easy rig kit"

It's been 1 hell of a couple weeks. I am now rehydrated and turning in early so as to get an early start tomorrow so that I can maybe salvage a little bit of my holiday weekend

Happy Memorial everybody and stay safe out there. Also, at some point this weekend please remember to take a short moment to pay your respects for what this weekend represents

Here's to all those soldiers, military personnel, and all the other frontlines persons throughout our nation's history that have dedicated part or all of their lives to protecting our freedoms and safety, cheers!
S

RiverDave said:
I don’t know if other people have that much trouble with it.. but if they do I have never heard of it?
Click to expand...

I hate smart craft as well I know for a fact that I’m not the only Manufacturer that has problems with it. I feel your pain and I know what your going thru

Glad you got it figured out!! I can feel the frustration in your post.

Sent from my SM-G960U using Tapatalk

Well one happy customer at least... 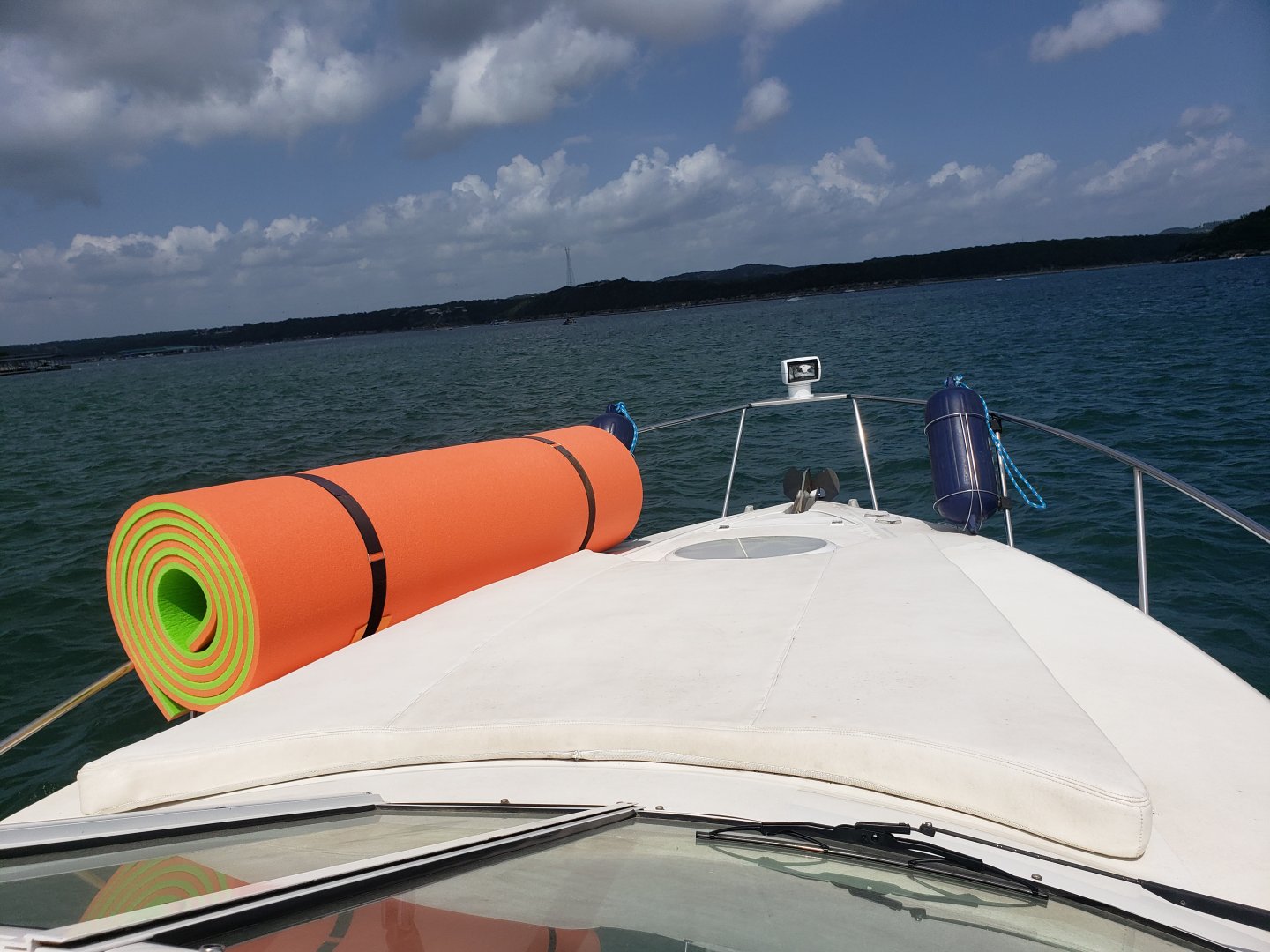 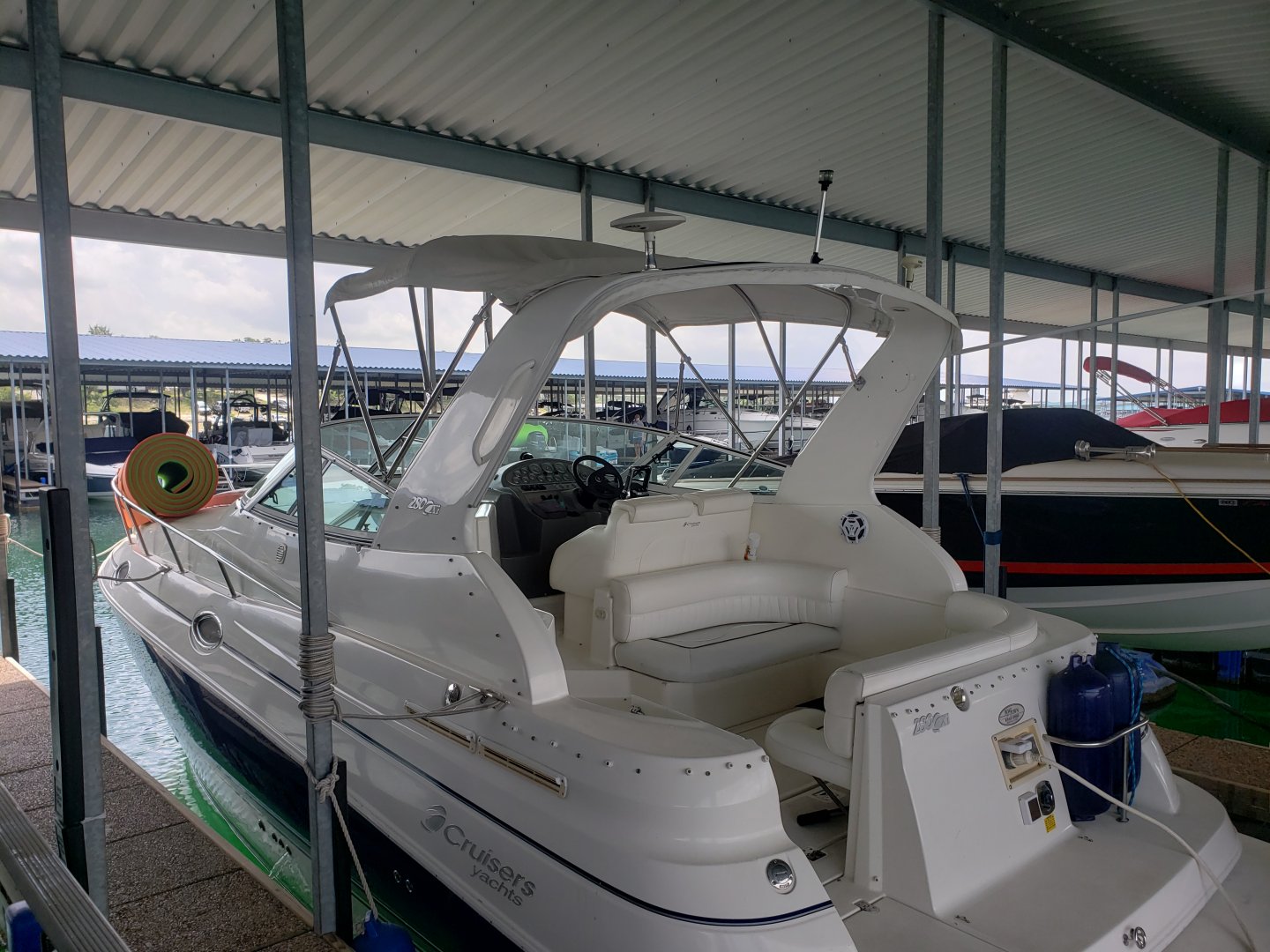