Never met my Grandfather on my Dads side, no pictures exist of him.
My Mom only met him once . . . my older Sisters said they only 'saw' him once from a ways away. I guess he wasn't the most 'upstanding' individual . . . Lol.
At his funeral my Mom and Dad went, and all of his ex-wives were there . . . I guess my Mom said, "I'm surprised you all came", and one immediately replied, "We just wanted to make sure the Son of a Bitch was dead" !!! LOL.
My girlfriend was doing some digging around on-line trying to find anything on my grandpa . . . and came across my Dads brother (which I never knew he had).
When I asked my Dad about him, he kinda gave me a double-take, and quickly snapped, "How do you know about him"?!?!

My Dad told me later that he had an older 1/2 brother who worked for my Grandpa in San Fernando Valley at his manufacturing plant. I Guess since he had contracts with the Department of Defense during WW II they didn't draft those who worked for him. Well I guess the 1/2 brother screwed-off 1 too many times and my grandpa called up the recruiter and said, "Come and get him", and they drafted him and sent him off to fight in the war !!!

So anyways . . . check this out . . . his other brother has a Wikipedia page.
Out of respect to my Pops I'm leaving out his name . . but read the write-up. 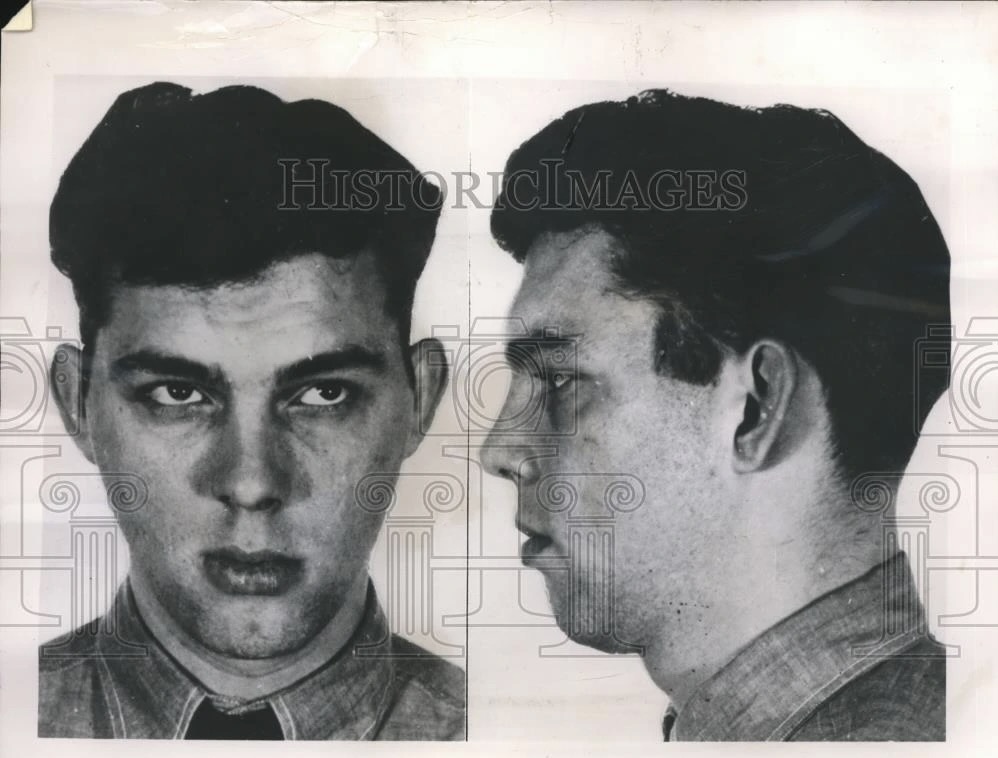 He was also known by the aliases Charles "Hap" Rayborn and Coal Frederick Raymond (among others); the FBI had not tied these names to ______, a veteran robber, until 16 months after his addition to the Ten Most Wanted list on January 9, 1951. He was added under the charges of robbery, attempted murder, and unlawful flight to avoid prosecution after escaping jail in Gretna, Louisiana.[2][3]

On March 6, 1946, he enlisted in the United States Army at San Antonio, Texas, but was discharged after less than one month service.[3]

_____ was captured in Texas City, Texas, on August 29, 1952, on the advice of a tip from Alaska that had placed him in Monterrey, Mexico. When two agents attempted to arrest him in his apartment, ________ began to run and appeared to attempt to draw a weapon (he later turned out to be unarmed) and was shot once and wounded in the leg. He was tackled by the agents and eventually apprehended.[4] _______ previously served time at United States Penitentiary, Leavenworth and Alcatraz Federal Penitentiary for his heists. His previous occupations included a fireman, fisherman, railway switch man, and truck driver.[5] He died in 2004 in California.[6]

Mug shots were so much cooler back then.

That's both cool and weird.
Both my Grandma's were pretty normal, homemaker types. Grandfather on Mom's side was one of those machinist types during the war, worked at Vard at that point.
Grandfather on Pops' side on the otherhand... Well, when Pops was in 9th grade, "Grandpa" grabbed his lunch, kissed his wife goodbye and went to work. Grandma was given divorce papers that day, and he didn't come home. Pops' side of the tree has a colorful past. San Quentin, Folsom...all the California institutions have played host to uncles at some point.
S

I’ve got some colorful depression era moonshiners family history that goes full Hazard county corruption that I’m told included blowing up a judges house. Apparently you didn’t mess with my dads side of the family. He was smart enough to marry a great woman and get the hell out of there.

ChumpChange said:
Mug shots were so much cooler back then.
Click to expand...

They depicted the sinister look perfectly.