God must be building one hell of a badass boat Upstairs because he sure has taken a lot of greats these past couple of years! Condolences to the family, will have a beer for him later

Seas said:
Like everyone who has previously posted, I have my own fond memories of Gene.

I purchased my 25' Bullet in 2005 which he delivered first to the Powerboat Magazine performance tests in LHC. My wife and I drove out to watch our new boat get wet and Gene took us out for dinner and drinks (only Ketel One!) at Rumors (no longer in business) that evening . After the 2005 season we decided we made a foolish and costly mistake buying the 25' when for a relatively few dollars more, we should have bought a 28', which we did in 2006 with him taking the 25' as a trade in (and much more additional cash than if we had bought it initially!). Our 28' was tested in the Performance Boat (now Speedboat) Magazine inaugural tests at Cottonwood Cove in 2007.

I remember when ordering my first boat from him, I told him I wanted 2 bilge pumps installed for redundancy. His response was that I only needed 1 as Howards don't leak! I won that argument but he was correct!

I also was trying to decide where the best place would be to store my tool box on board (I'm no mechanic but coming from owning a jet daycruiser for 25 years where I did most of the work on the 460 Ford, it seemed a legitimate concern. His answer was that, with my limited skills, I was never going to work on my new Mercury Racing HP525. Again, he was correct (but tools are still on board to tighten an occasional loose bolt on the bimini top or seat base!)

Gene was one-of-a-kind as mentioned by so many above, and he could be an SOB, but he could also be charming and knew his business. And he always gave my wife a hug and a kiss whenever we met.

Here are a couple of photos of Gene when he showed up for the above mentioned 2005 Powerboat Magazine performance tests with my brand new 25' Bullet. 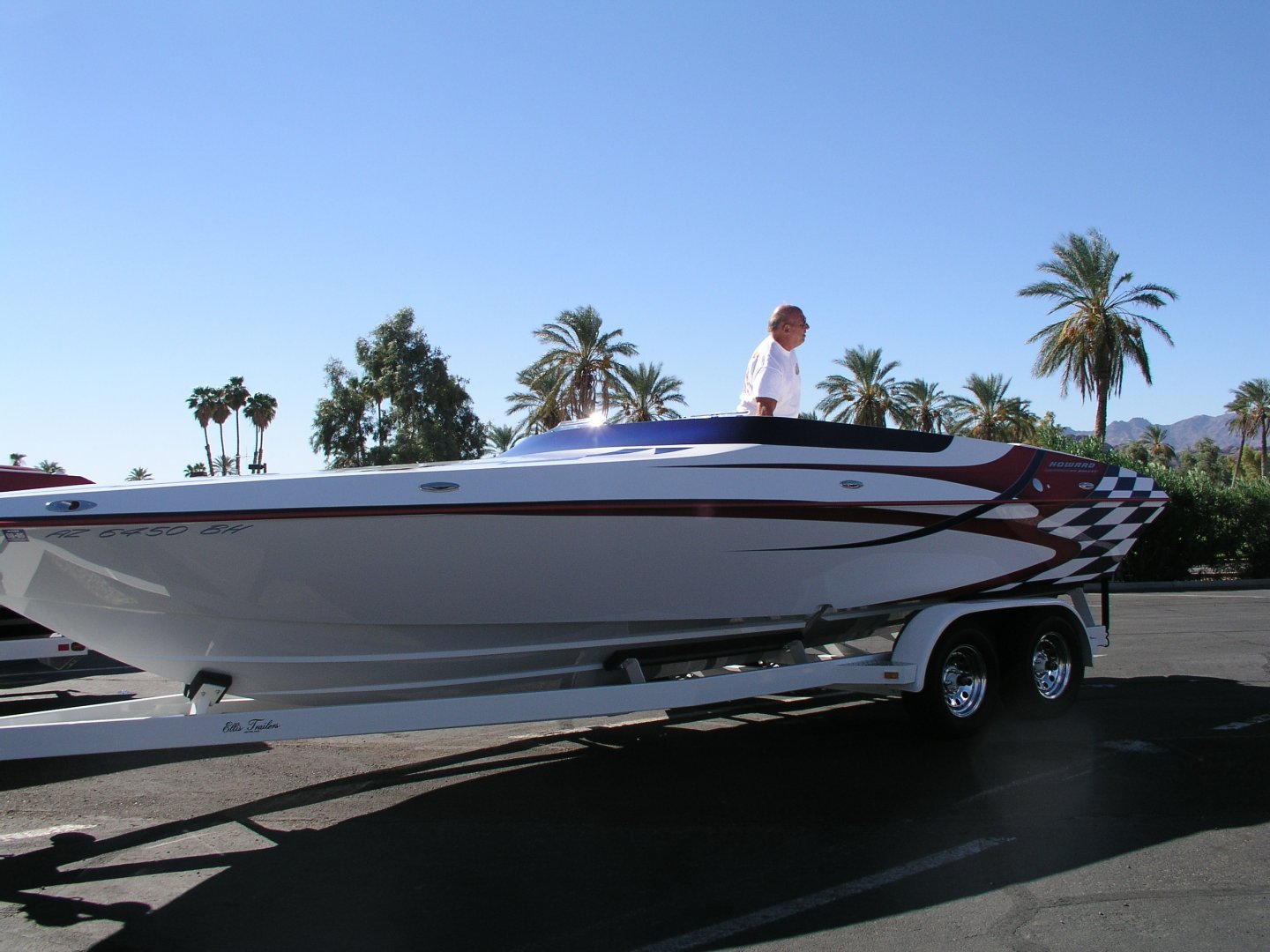 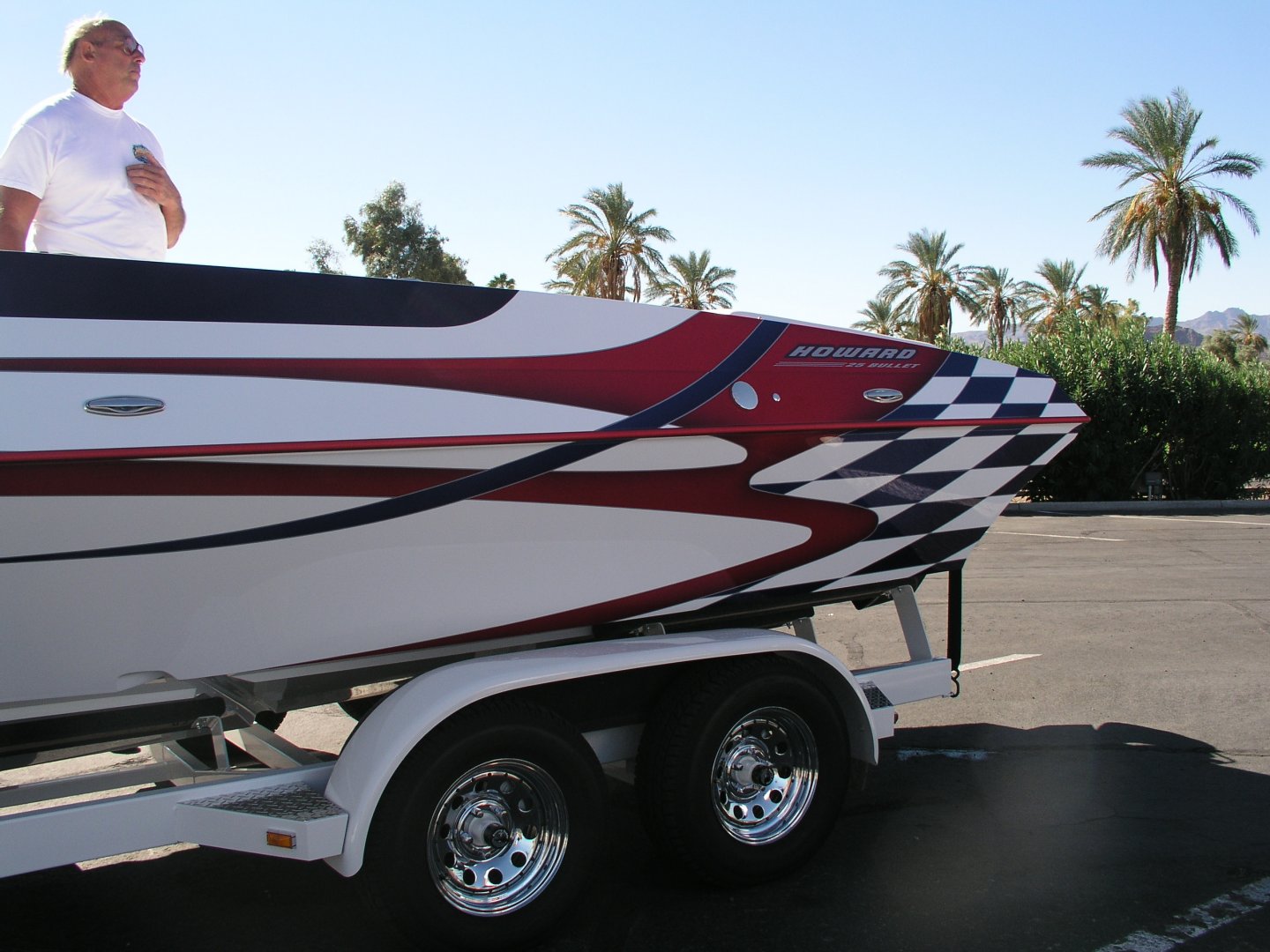 Take The Long Way Home said:
To the Howard family, Gene was a very generous man, my condolences to you and your family. My prayers and wishes are with you throughout this time.
This was my first Howard 25 Bullet in I think 2003-2004 at the old showroom. I had a second boat built after this with a few changes.

I’m pretty sure I bought this boat USED from gene when you decided to sell it. GENE was great. RIP buddy.

I'm late to the party here but wow I'm very sorry to hear of Gene's passing. I always enjoyed talking with him whether at the shows or over the phone. I will probably end up with a Howard at some point even though he said they were too busy just a year ago to build me a 36 Bullet at the time and were two years out on a 288 Sport Deck.
You must log in or register to reply here.
Share:
Facebook Twitter Reddit Pinterest Tumblr WhatsApp Email Share Link