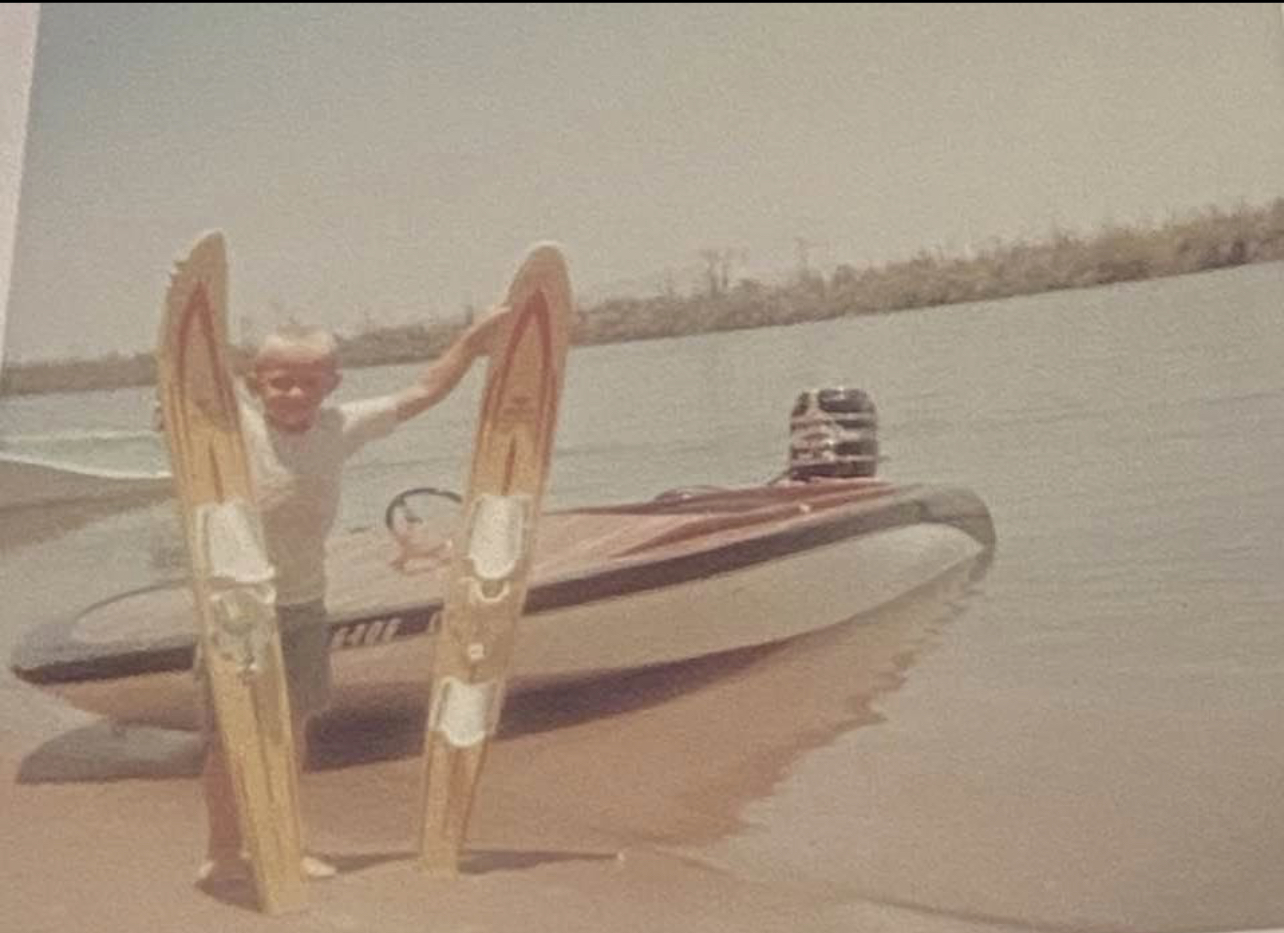 my grandfather had this boat built in June of 1967 by Stevens boat manufacturer in SoCal. Monkey Pod wood deck, 16’, 65HP mercury outboard no trim. It was sold sometime in the late 1970’s and had always been one of those “should have never sold it” type deals. As our family got into aviation, the river took a back seat for a decade or so. Everyone got back into it in the mid 1980’s . Fast forward to November 2021, nearly 50 years later, we had a hunch we found it. Mind you, hull numbers weren’t around until 1972/73 when USGC made the requirement to have them. So tracking it down made it very difficult. I am told that Mack Stevens back in the day would write numbers in grease on the back transom as identification or serial numbers, often the numbers reflected your invoice number, etc. We go down and pick this thing up, total turd, it had been painted several times, on a hunch. Day 1 we tear into this thing, rip old layers of carpet out, totally gutted. Loan behold, written in grease by the transom we’re the original CF#’s from 1967. That grease writing matched the numbers we had documents and pictures on to solidify it was in fact the original boat. At this point, mind you, everyone is on cloud 9, it’s no expense spare type of moment. It was off to work. I want to point out that at some point the wood on the deck was sanded down and glassed over, so unlike a traditional wood deck certain characteristics Arnt there (the lip over the dash, joints, etc) that being said, we went a very un-traditional route and used “Monkey Pod Wood Veneer” to replicate what it once was. On a side note, my grandfather is still alive, and very much active. We decided to keep this a secret from him and do a big reveal at the end of the restoration, on what better date than his wedding anniversary. (Grandmother passed of cancer back in 2001, very big loss for our family). I’ll start with some original pictures, the day we got it, progress, finished product, and my grandfathers reaction to seeing his baby the first time In 50 years. We were able to get the original CF#s assigned back to the boat, every hurdle and some white lies, but we got it done. Enjoy!!

Personal thanks to my friends who really made this possible and provide much help and support.

We added music in the video, pretty emotional so the commentary is cut out

This thread is outfuk'nstanding! I love this stuff!

i saw the instagram post. was mind blowing! glad you guys were able to give back to him!!
has he been out on it yet again?

this is so great. the reveal to Pops was emotional. thank you for sharing

Beautiful boat. The wood deck is outstanding!!!
B

I too saw the IG posting and sent it to quite a few people. What an amazing story and a fantastic restoration! Thank you for sharing the pictures with us!

What has Grandpa said about it?
W

Mate, that is awesome! I choked up watching your granddads reaction. I am lost for words.