I hate to do it

But considering selling the 250r
I have the Banshee for shredding dunes and destroying egos, and the Raptor 660 for general duty.
The 250 was the wife’s bike and she’s pretty much over the desert.
So, what’s an 87 TRX250r going for these days?
It’s not stock, it’s not perfect but it’s not hammered.
The engine has some porting, mid range stuff. Has the thick head gasket in it now, a thin metal gasket would wake it up some.
FMF mid range pipe
Frame is paint, not powder coat.
Pretty much all the rubber has been replaced since 2004.
IMS 4 gallon tank
Denton +2+1 front end
Works Steelers in front (the cheap ones)
Other bolt ons and doo dads and shiny stuff

As far as needs, I’d imagine the rear shock (stock) could be rebuilt
It leaks a little gear oil.
Remember this is a 31 year old quad.

In March I had this bike at Glamis, only put about 4 gallons through it.
It’s equally happy putt-putting in 2-3 gear with LT80s following along on a 3 mile trek to the track and 3 miles back or out ripping it up.

Maybe I should sell the Raptor instead 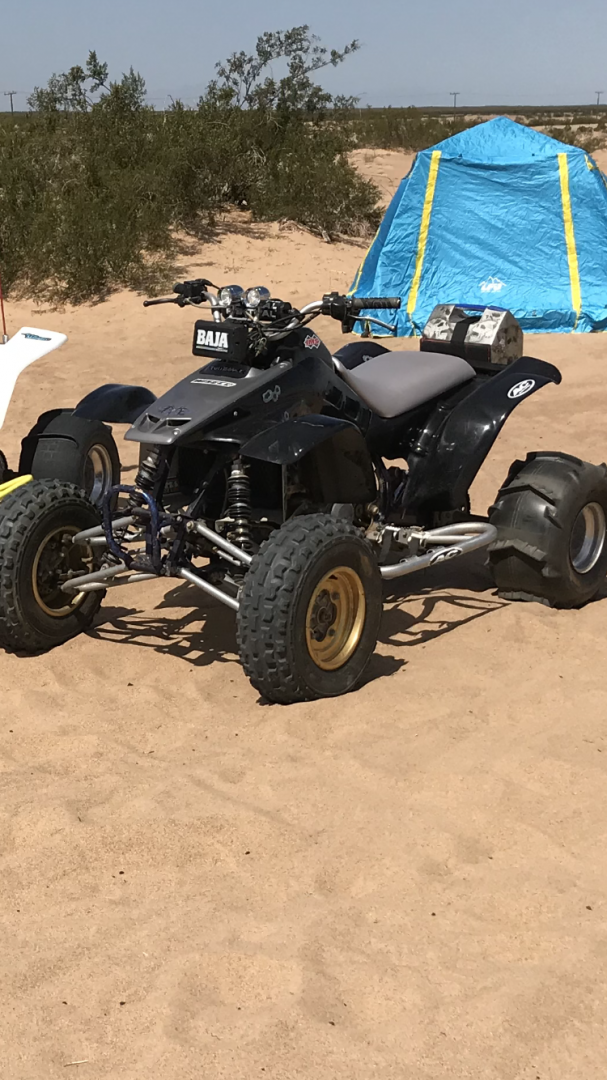 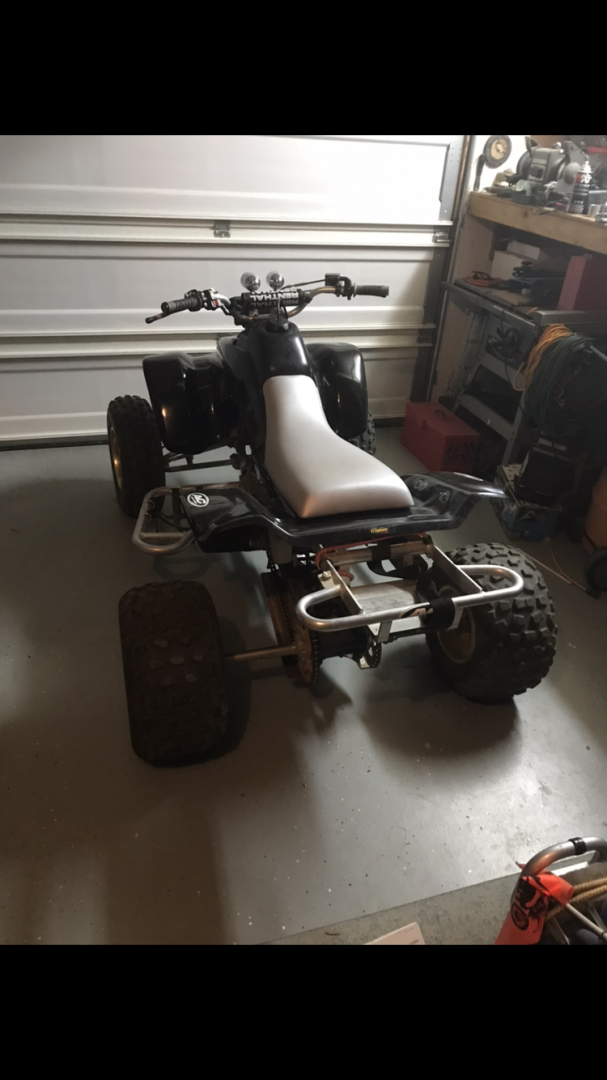 The 250R's are great bikes. Had one with long travel suspension and the damn thing was a Cadillac around the dunes. The new bikes are awesome but I miss the thrill of the 2 strokes hitting the powerband in the high RPM's.

You might get more action in the classifieds rather than the tech section.

I’ll give you a crispy hundo

Kachina26 said:
You might get more action in the classifieds rather than the tech section.
Click to expand...

Wife quit riding too, we sold her Kawai.