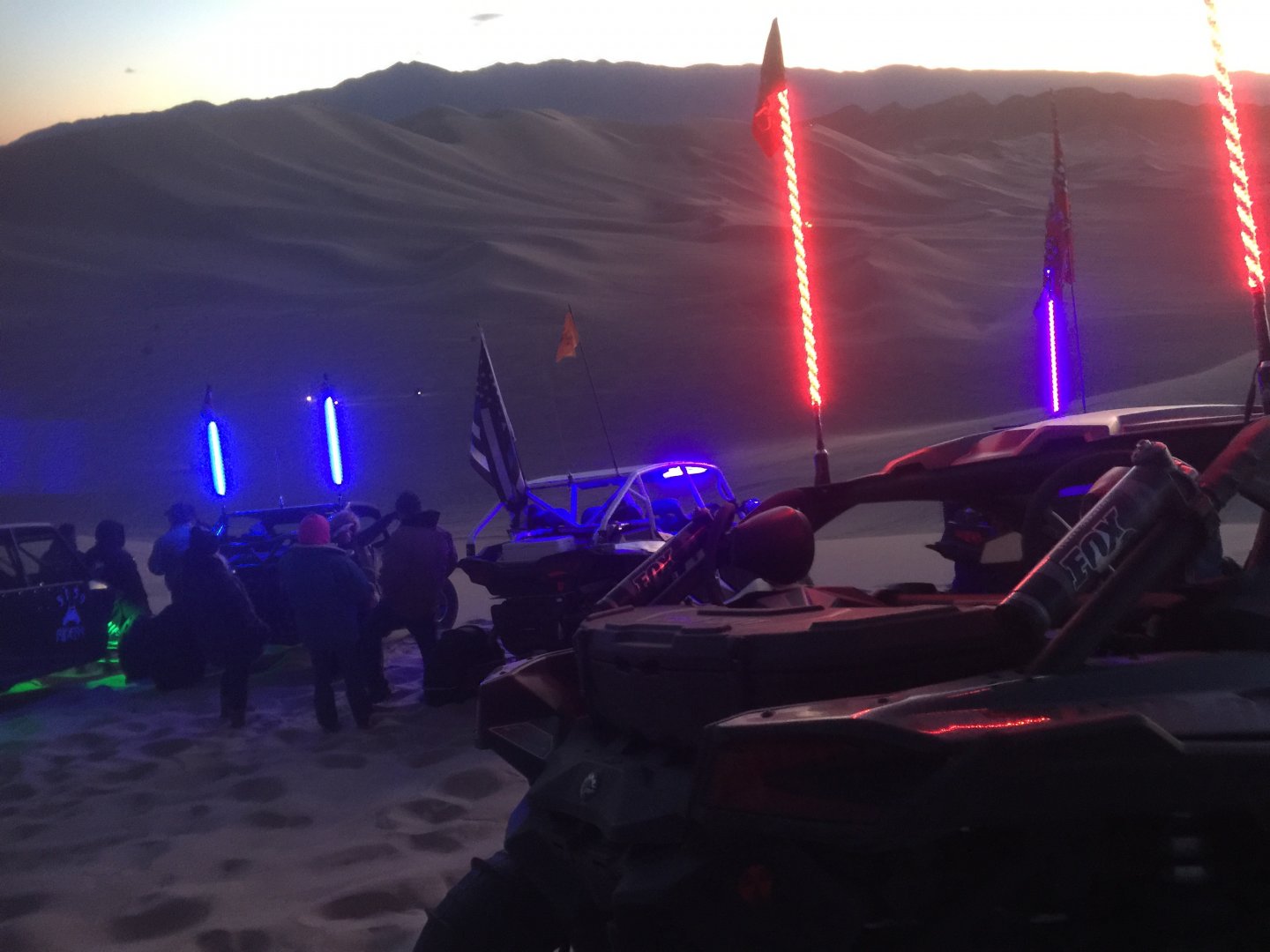 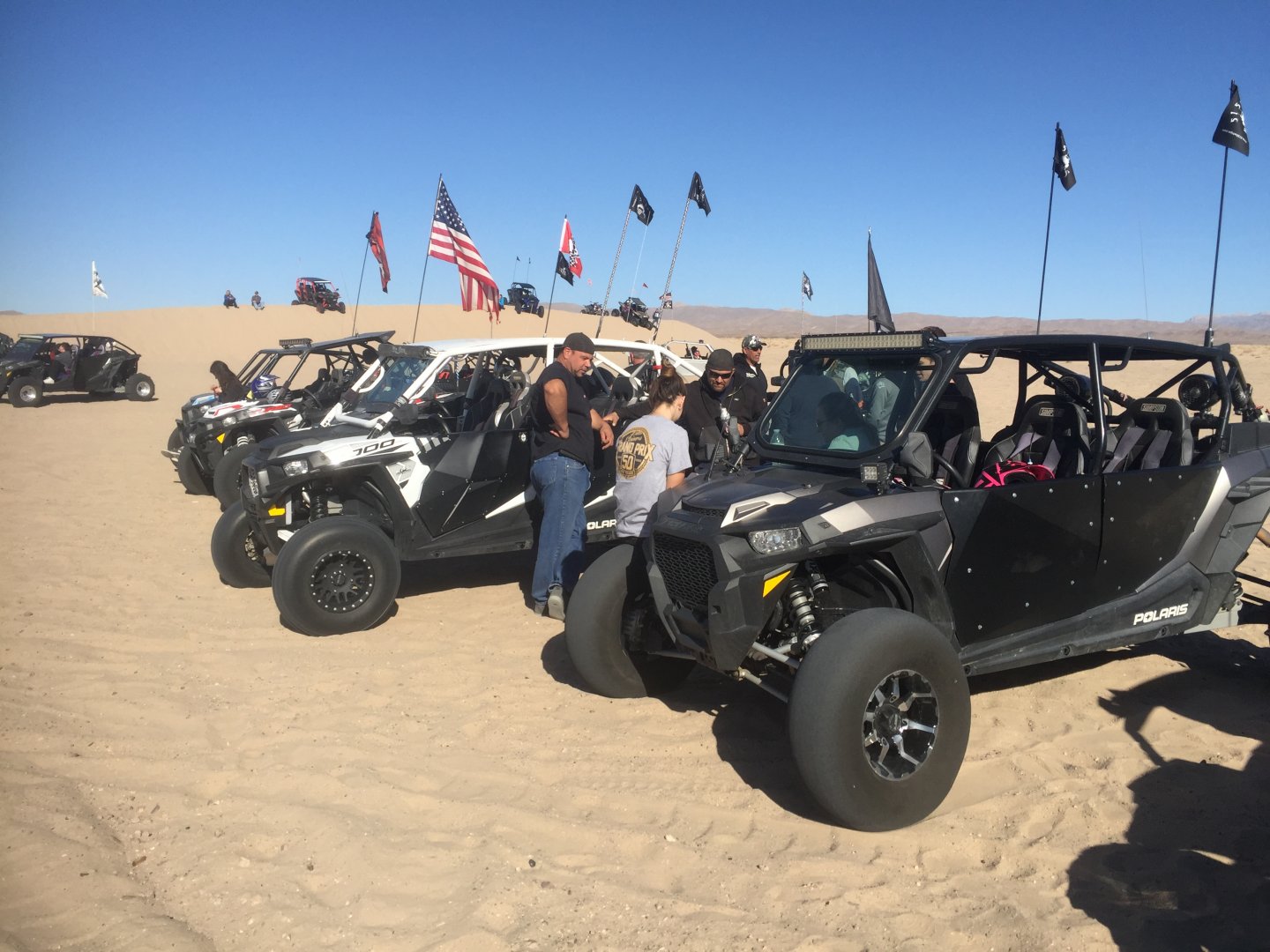 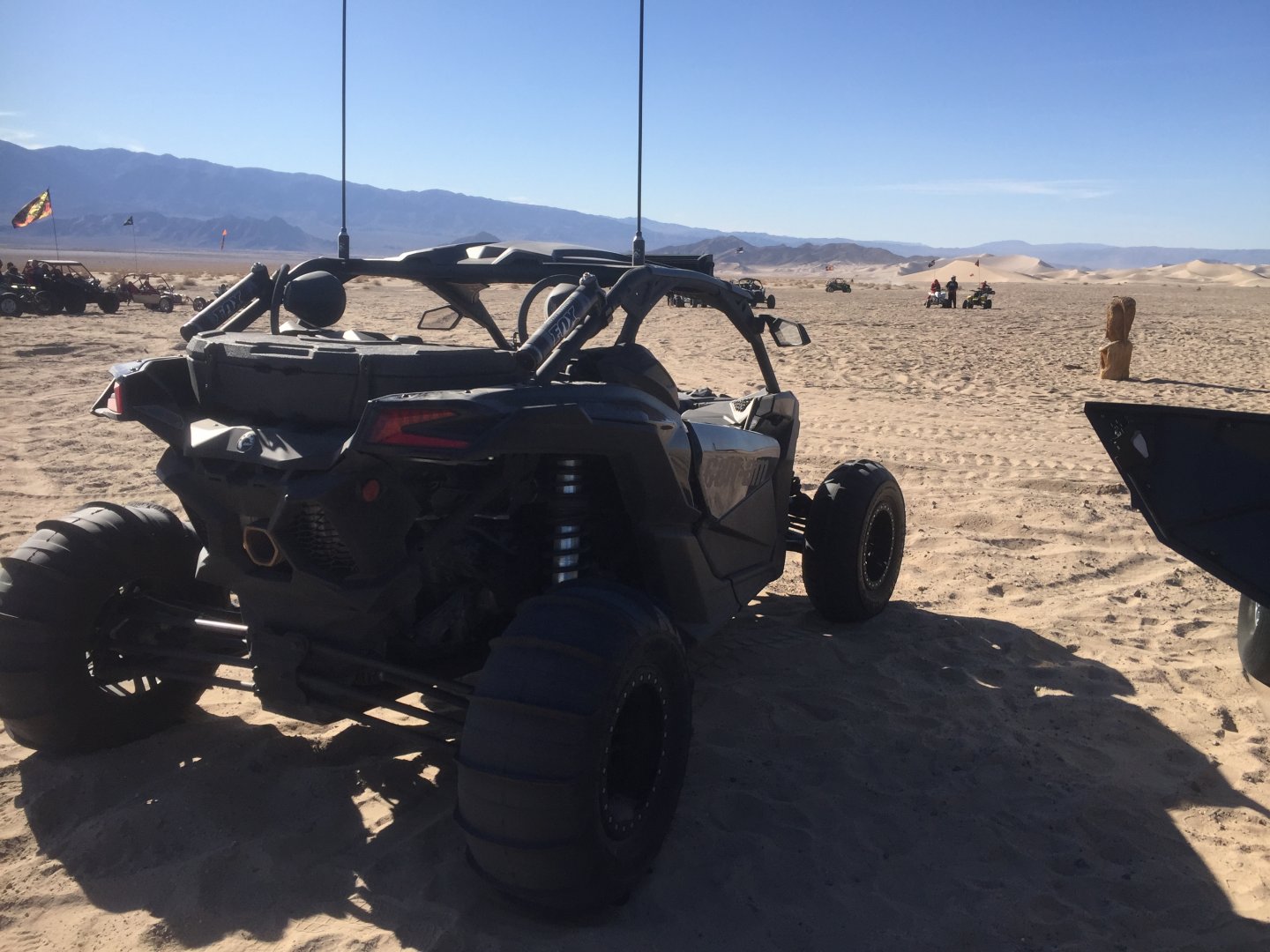 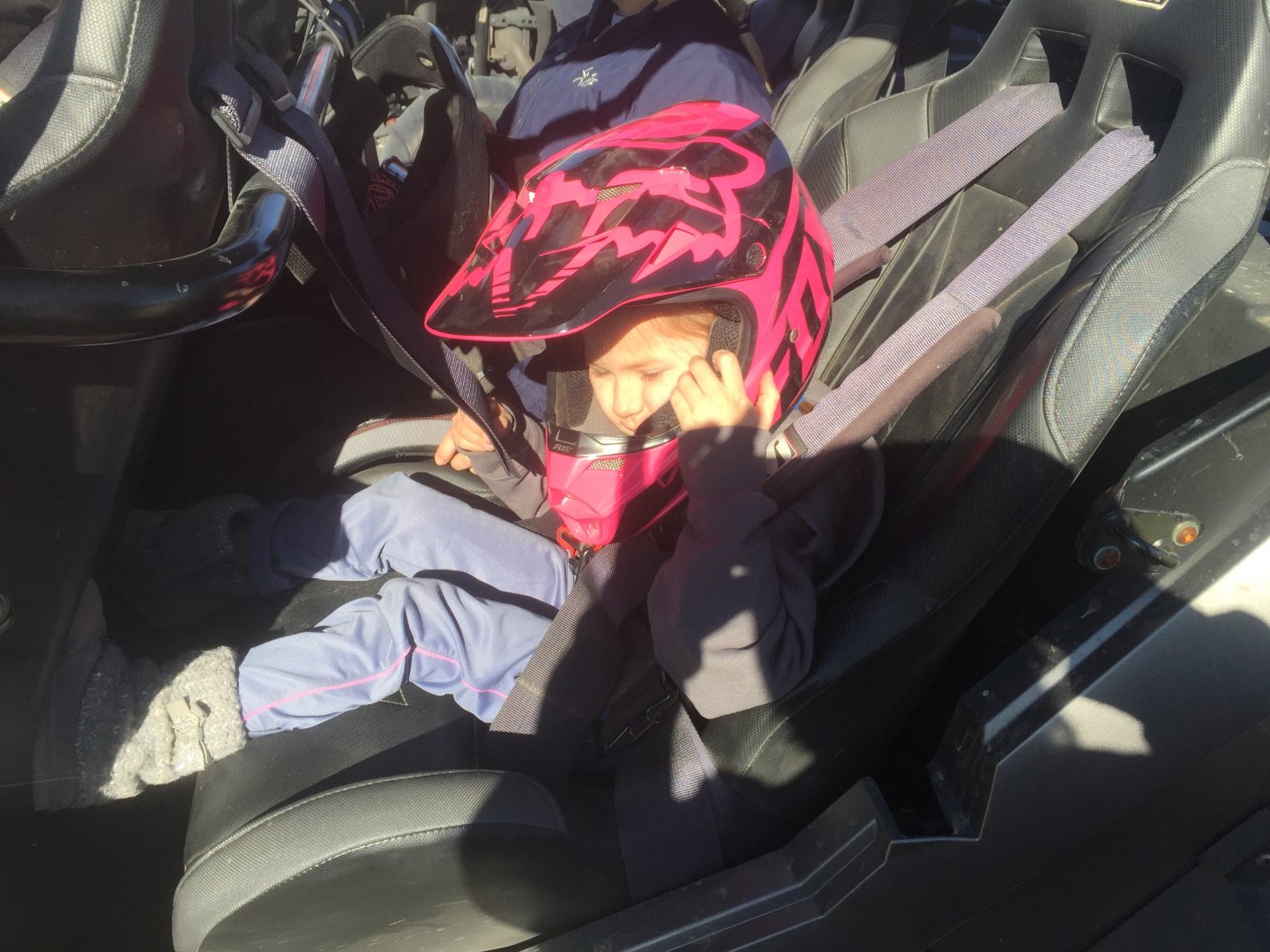 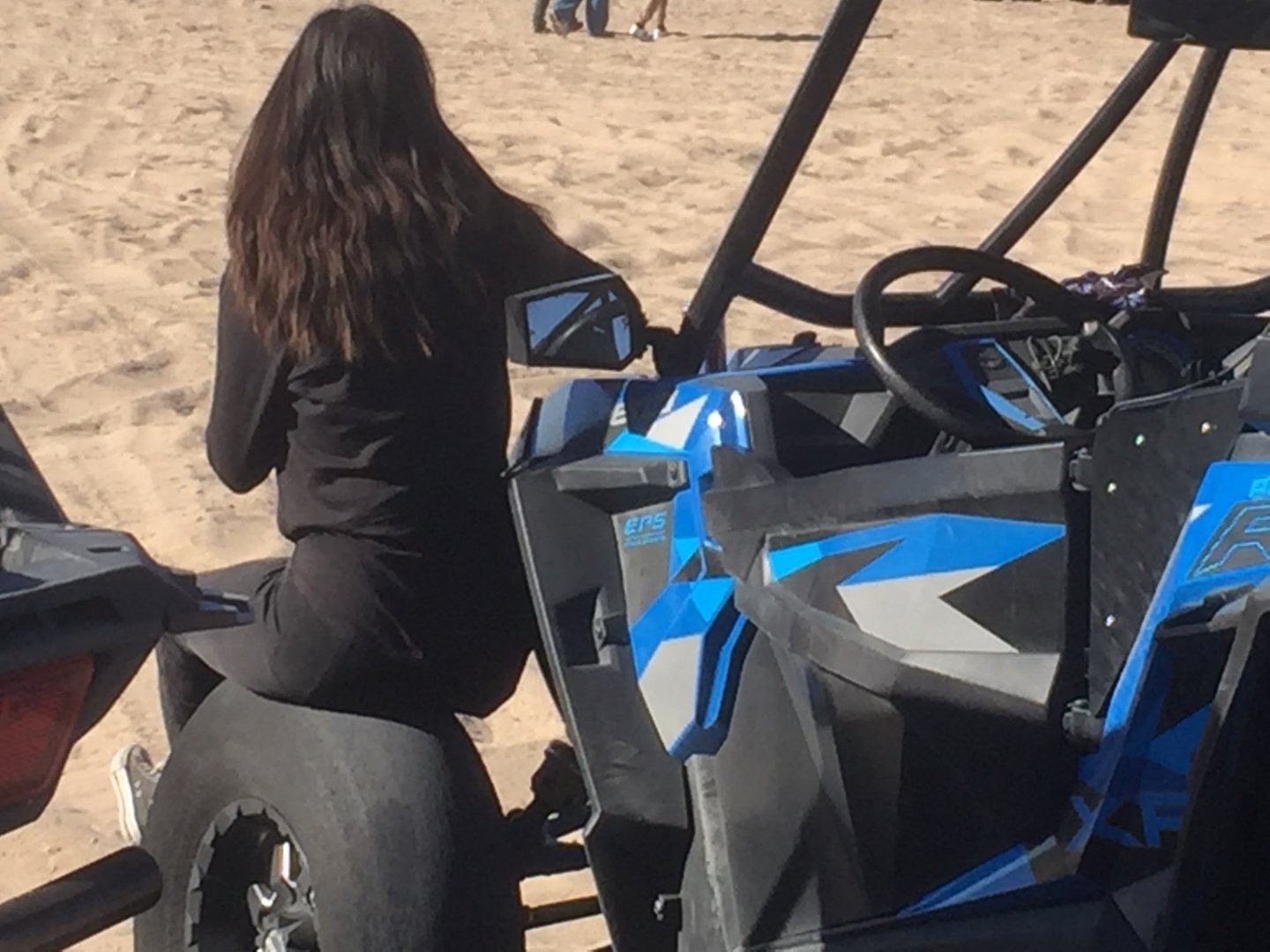 Strong winds most the NYE trip but it didn’t stop us.
Reported 2 sand rails wadded up no injuries. Our group witnessed one where the driver of one sand rail bottomed out - belly flopped at speed at the base on Competition Hill and the whole machine grenaded it hit so hard. Rear suspensions left 2’ deep 10’ Long groves in the side of the Dune.
Other incident the driver lost it and it rolled a few times, he was OK but trip over.

BLM did show up but the Sheriffs were enforcing the helmet and sticker laws and had unmarked vehicles. We've had serious drama in the past with the BLM so they tend to watch our camp closer, hang around us more often.

Friend with the big turbo/meth package installed on his X3RS had sensational performance and reliability. Claimed 340 HP on the box.
I have 200 HP and think the 340 is a legit number by comparison. A steamer and runs superb.

Guys with the turbo YXZs still experiencing wallet burning issues. Once again parked in camp and them running the family in their 4 seat Rzrs.

When the YXZ turbos run they are insane but headaches galore. Blown clutch, mapping fussiness and a hole in the turbo housing this trip,,, and that's what they'll admit. Burning through money.
If you’re considering a YFZ Turbo conversion I can put you in touch with them for their takes.

Wife’s are starting to comment on their $50K to $60K investment with takes ya don’t want to hear and questions ya don't want to answer.
Stranded investments, the new version of hill shooting Banschees. You’ll have way more in them than you’ll ever recover at resale.

The new 2019 YXZ's offer one version with a turbo ready engine. No takes on those yet. Talk is it’s the turbo version of the Yami sno mobile motor sans turbo. Over-the-counter Yamaha approved turbo kit installed after-market. Box contains one million pieces and parts and a hot load of Advil.

Not knocking them I'd love to own one and the guys with stock YFZ are glad they bought them. Committed Yamaha lovers and I understand why.

Winds have been mostly from the East and Northeast and that really builds up the dunes.
Payback is those same sands build up in the camping flats and people get stuck just rolling in and out. Everyone had a story. The TPC made it in n out ok. 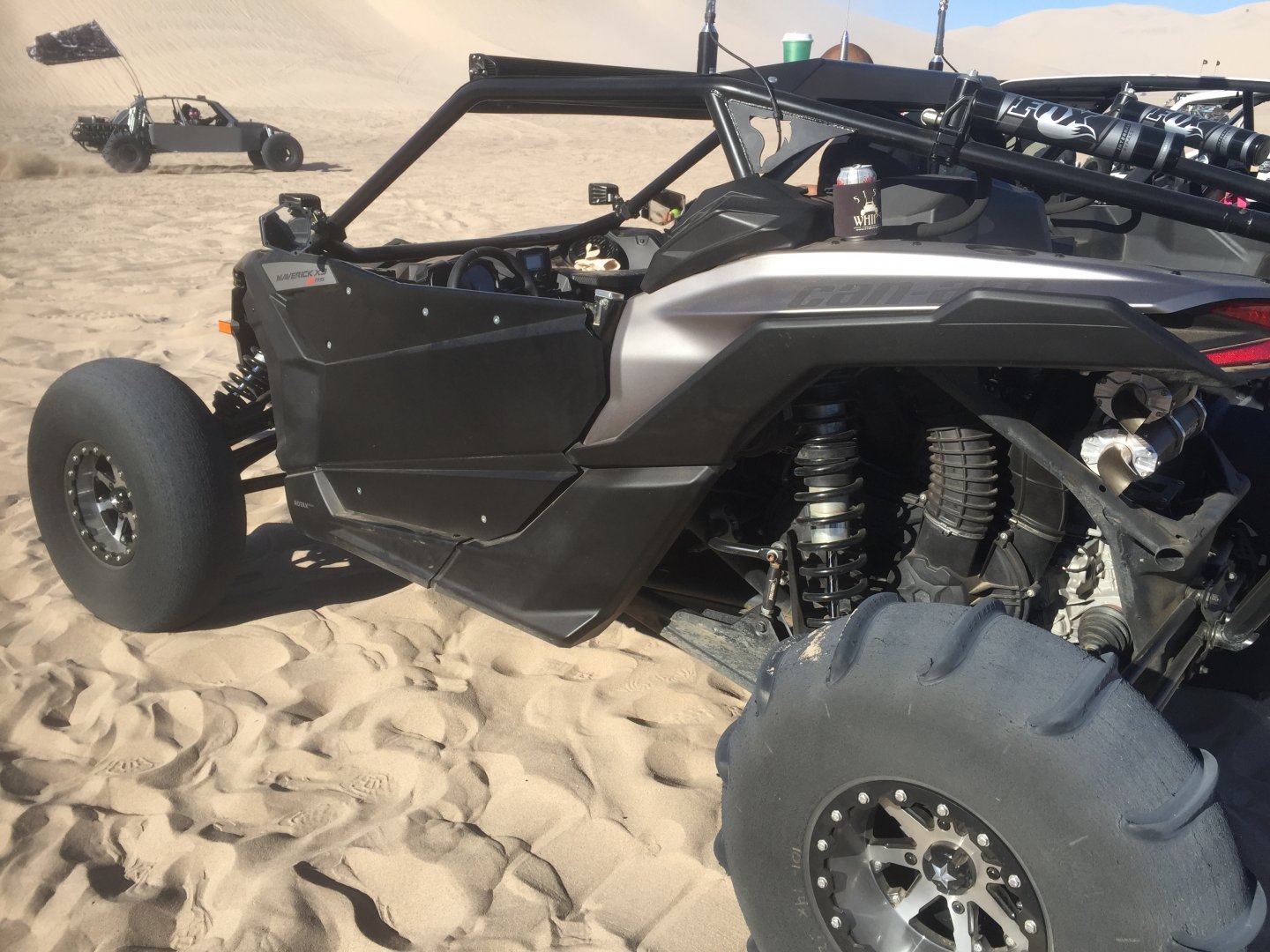 Big turbo kit + stage 5 mapping + big FI + meth + tuned suspension X3 made for spectacular performance.
The skinny Skats paddles in pic are good for a car length + on the hill shots but not as sure on cross dune runs as the FSTs. Good but the FSTs are noticeably better handling and flotation.

Winds in the past have been strong from the East and Northeast.
This makes for rebuilding and taller dunes, but also makes the camping flats more difficult to tow across.