School me on Diesel tunes.

Not sure to much about any of it so any info is helpful. Buying it used

I guess my 1st question would be how do i even know there is a "tune" how is it installed and can it be changed? 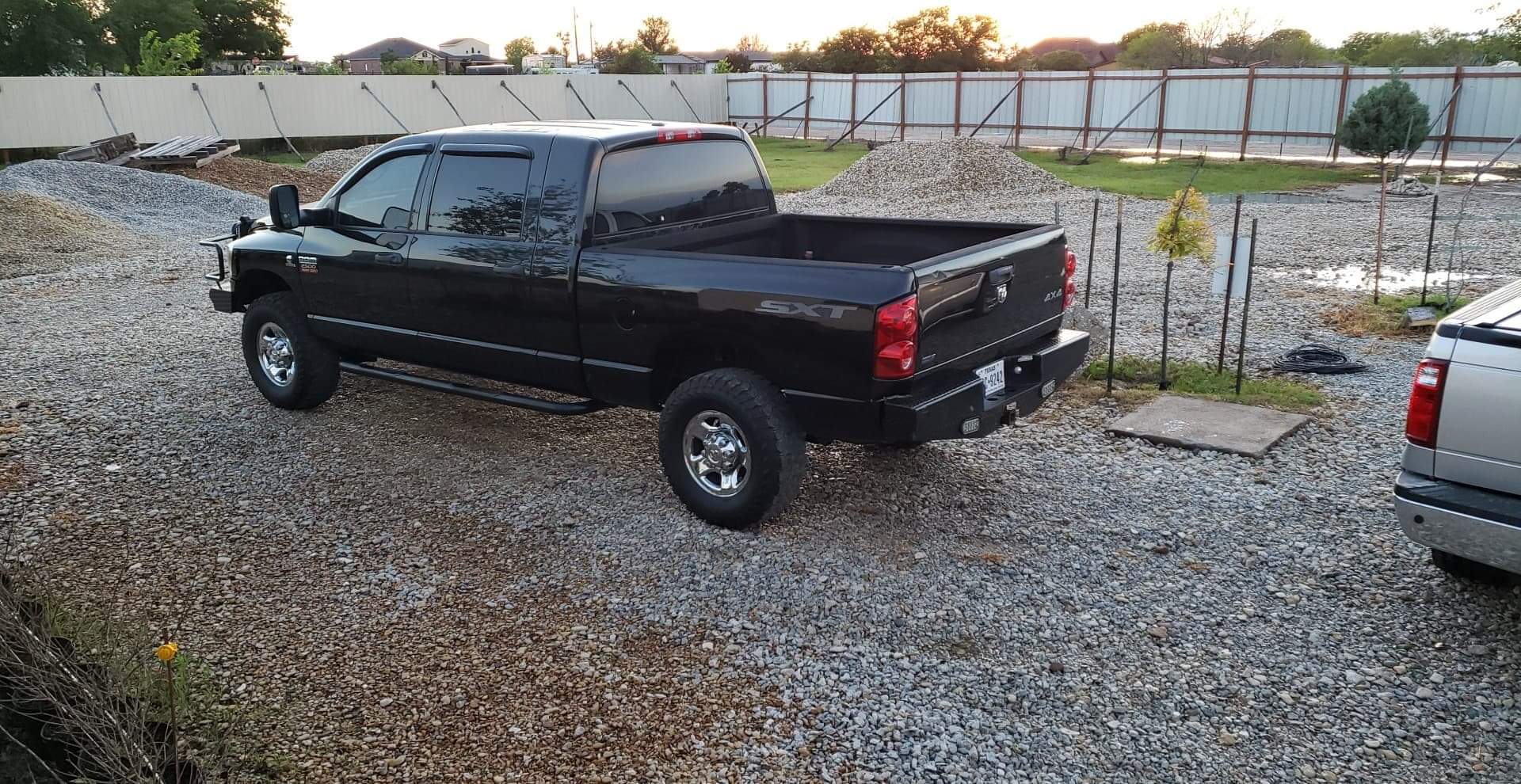 It’s been a while but worked in diesel performance shop up until people started running out of money to blow on trucks in 07 or so.

The edge monitor sits on the dash or column and displays all the data that goes into the PCM with customizable fields and can also be a tuner. It should be plugged into the ECU as a harness jumper. H&S tuner is probably a little module that looks like a DTC reader that plugs into the OBD port and loads in and out unless you have their monitor that allows you to adjust on the fly. Kind of redundant to have two monitors. Early 2000’s dodges some guys used to “stack” tunes by loading one into the computer and adding one that increased certain parameters on the fly as well. Could be what’s going on. H&S street level loaded in, and Edge increasing parameters an additional 3-4 levels. Edge monitor will drop the tune if the truck starts getting to hot but won’t be able to drop the preloaded H&S tune. Really not the best way to set up the truck if you’re towing. My H&S (monitor so adjustable) on tow mode will drop the tune in the summer 115deg+ headed up Chiriaco or the grades around Baker on the 15 when my oil or coolant temps hit 220. I have it set way on the safe side but I don’t have any issues with my 6.0 blowing up like all the people that bash the engine because they aren’t smart enough to lift their foot. I also cruise in the 90’s or faster depending on the traffic(not towing).

Thanks @JeremyJoyce so if i follow. The purchase of the plug and play tune comes loaded in the edge display? There isn't another monitor plugged into the obd2. He did say you can setup all the parameters as far as it will alarm if they meet those numbers or temperatures safe numbers. Can i change it to just run on a "default" mode?
J

hawgty55 said:
Thanks @JeremyJoyce so if i follow. The purchase of the plug and play tune comes loaded in the edge display? There isn't another monitor plugged into the obd2. He did say you can setup all the parameters as far as it will alarm if they meet those numbers or temperatures safe numbers. Can i change it to just run on a "default" mode?
Click to expand...

Your H&S tune is probably already flashed into the PCM through the OBD 2. It basically offloads the stock tune and loads in the aftermarket tune and then you disconnect it. You want to make sure he has the tuner for you. It could be that he somehow loaded that tune into the edge system and it could be adjustable while driving if that’s truly the case you may not need a secondary H&S tuner that I’m referring to. It’s in this Link. Can’t get them anymore. The government shut almost everyone down for deleting emissions stuff.
J

If any of the emissions stuff is deleted you can not run the truck without some kind of tune to at least trick the sensors even if it doesn’t add horsepower.

There should be what is for a better lack of terms, a tuning box. Looks like a code reader that the seller should have for the truck. If I remember correctly H&S was the company that wrote the tunes and you then uploaded them into the truck with a tuning box through the OBD II plug. I cant remember if H&S had their own box or used an Edge unit or a Smarty box. Being an 08 it's a model year with a DPF in the exhaust. If it's been deleted you'll need a tune to make the truck run correctly. They have stock delete all the way to a high performance delete tune and tunes in between. It's real important to get the tuning box with the purchase of the truck and make sure it is the box that is mated with the truck. Changing tunes is simple. Plug it in and select what tune you want. Computers do their thing for a couple minutes and then you are good to go... Make sure to read the instructions real well. Some trucks require pulling fuses in order to properly change a tune. I believe this was on GM trucks but Dodge may have similar characteristics.

The H&S tunes are downloaded into the CTS and it should be plugged into the port under your dash. H&S did have a monitor system called a mini max but a lot of people used the CTS because they liked the larger display etc. You have an option in the CTS to adjust the levels on the fly.