Ok… Turkey is on the smoker now….
At 5 am, I brined it in a cooler with ice. See pic for the brine I used.

At 12:15pm, I started prepping the turkey for the smoker.
Aromatic stuffing - 1 apple dices up, 1/2 onion, celery, fresh garlic and spices - see pic… This goes in the cavity of the bird. You will not eat this stuffing. Its only there to create flavors in the turkey meat as the stuffing steams is flavors during the cook….

Injection - See pics - enough said, This made two cups, which was 1 cup to much… FYI…

Then I tapped the turkey dry, sprayed it with oil, and put on a Turkey rub that I made from the stuff I had in pantry that I thougth would taste good. Damn it tastes good. Wish I remembered what qty and stuff I used. But thats how I roll… Create is on the fly.

1pm put the Bird on the smoker at 250degrees, owe using Apple pellets and apple chunks….

2:30pm I will increase the temp of the smoker to 300-325 until that bitch is done. Which should be at 5pm if my redneck math is correct…. 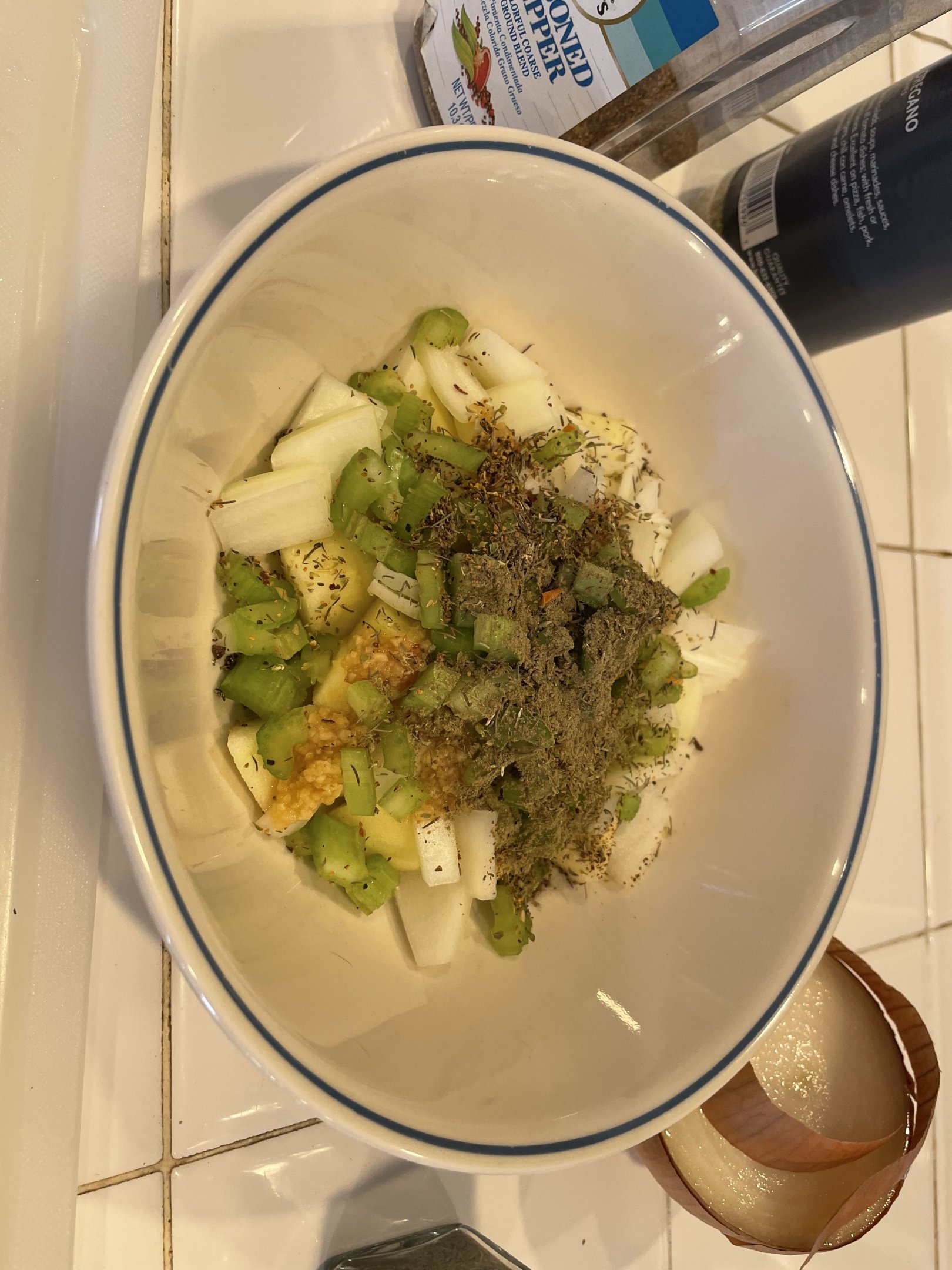 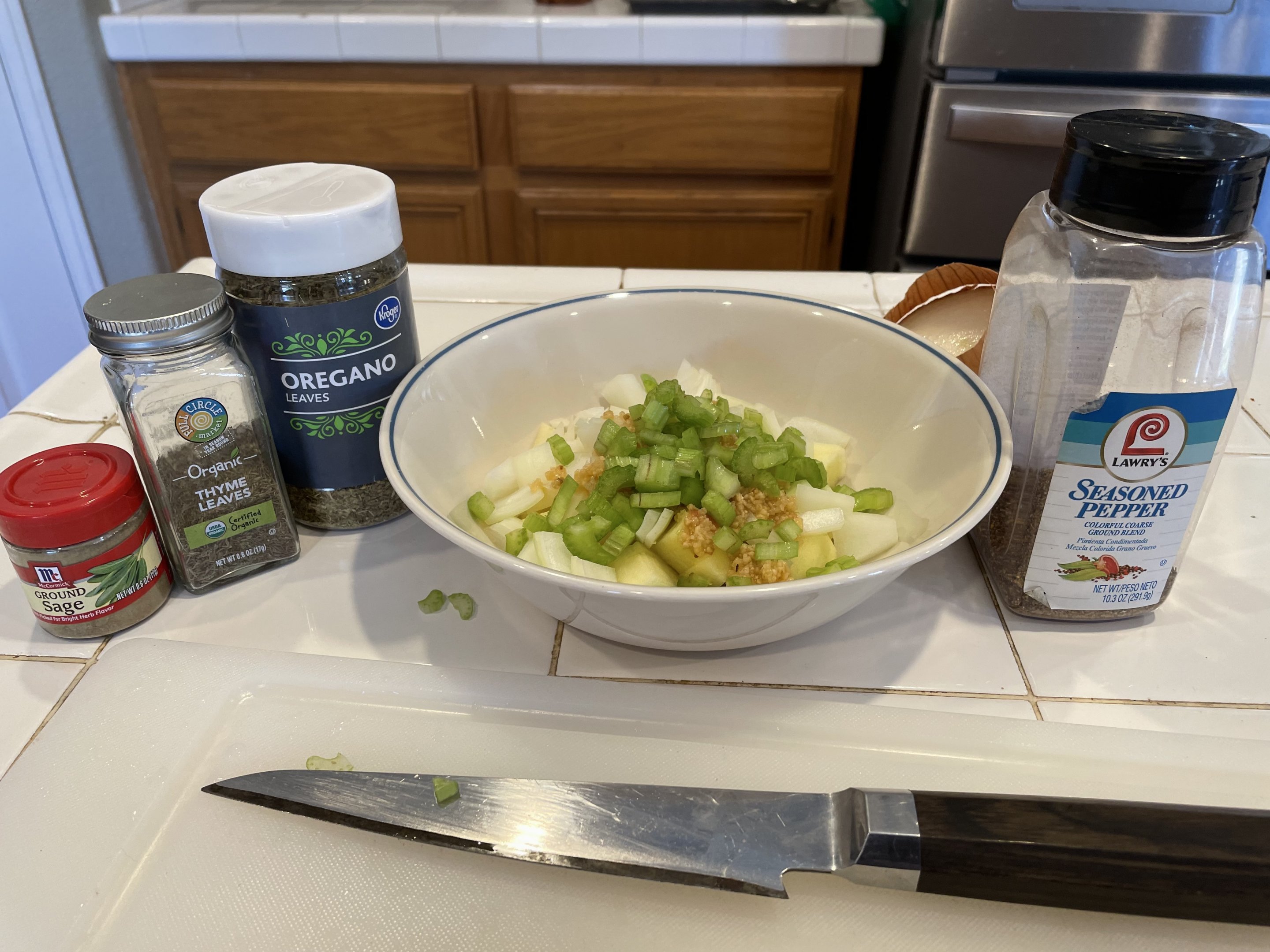 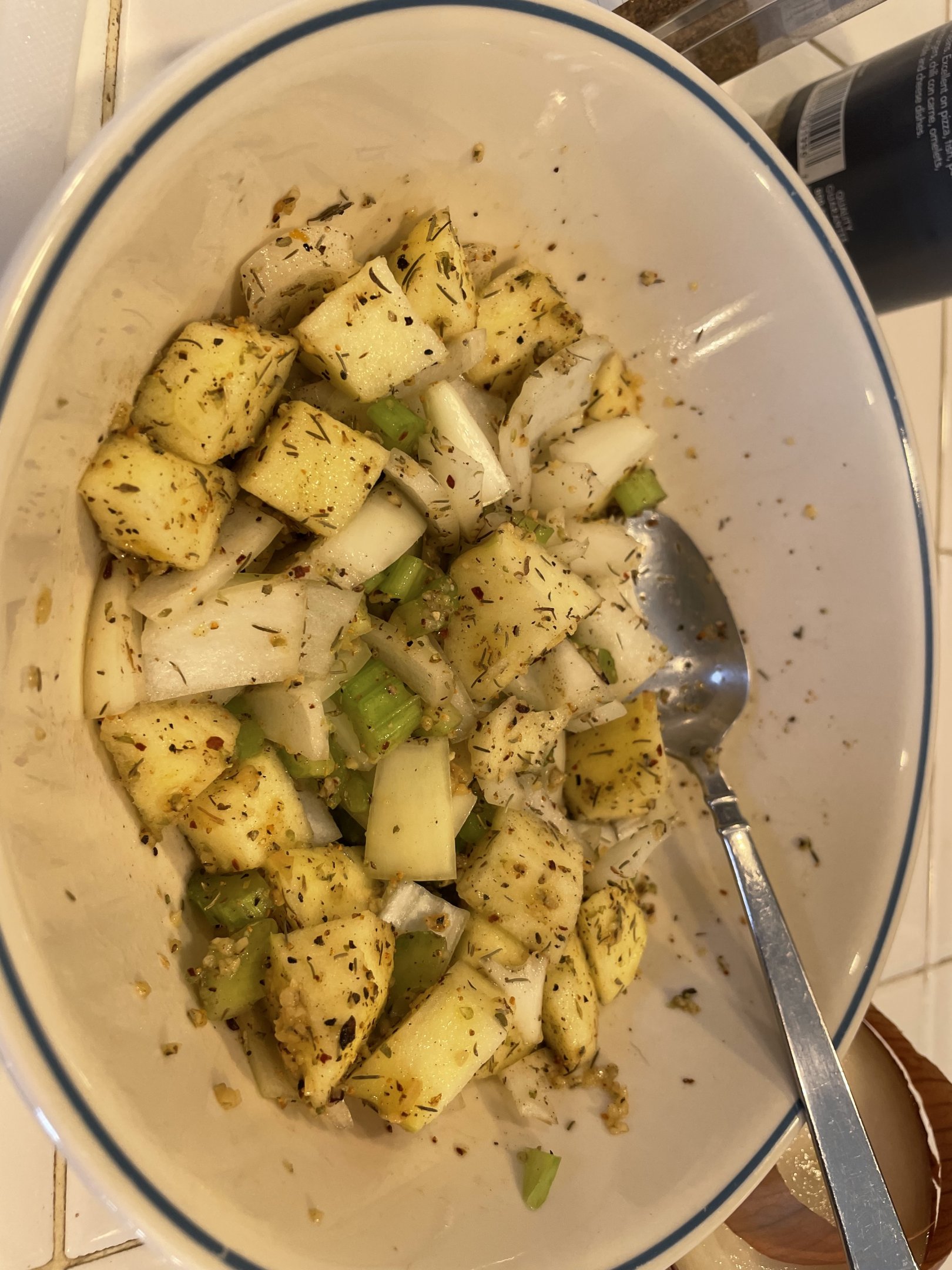 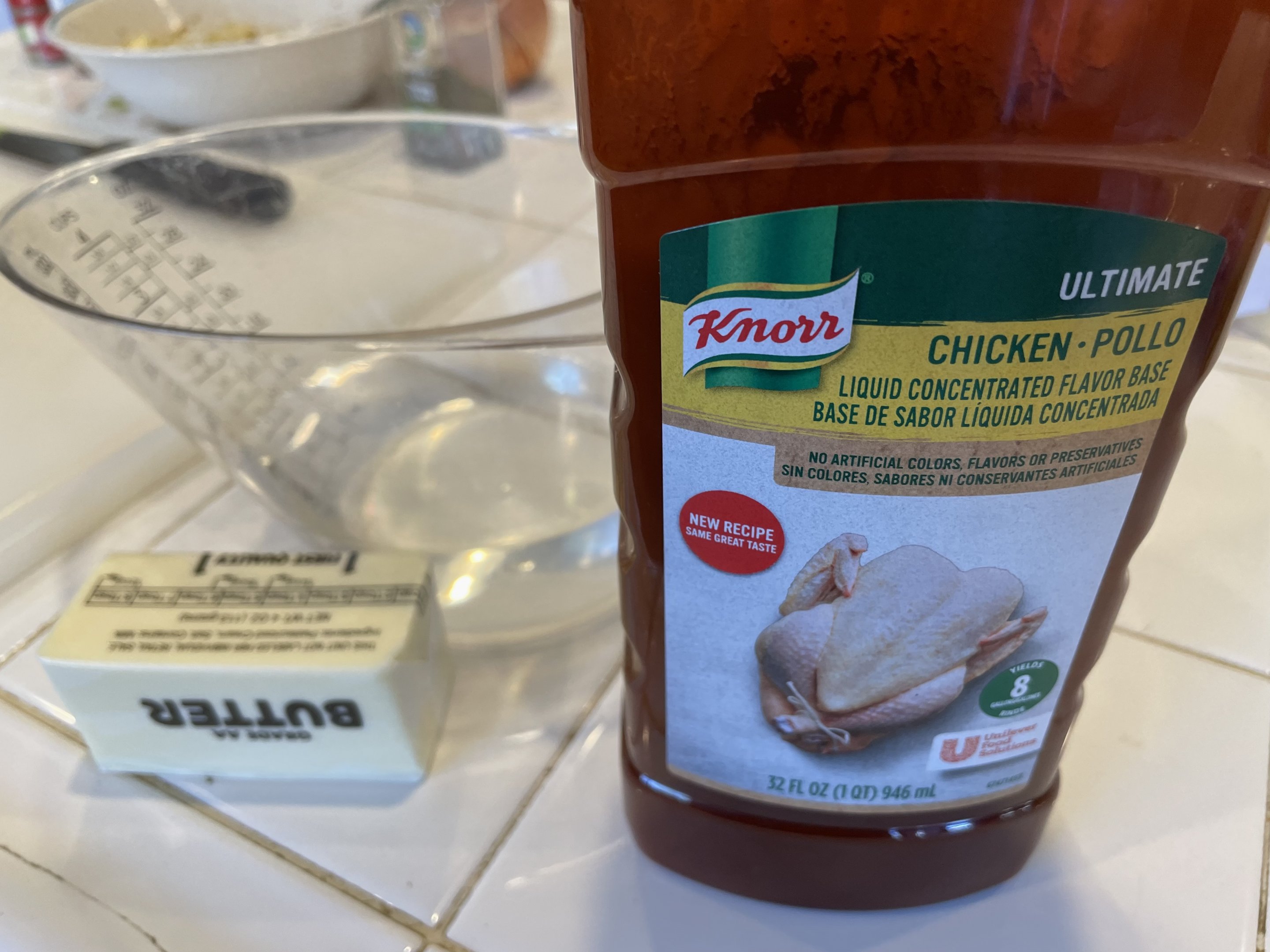 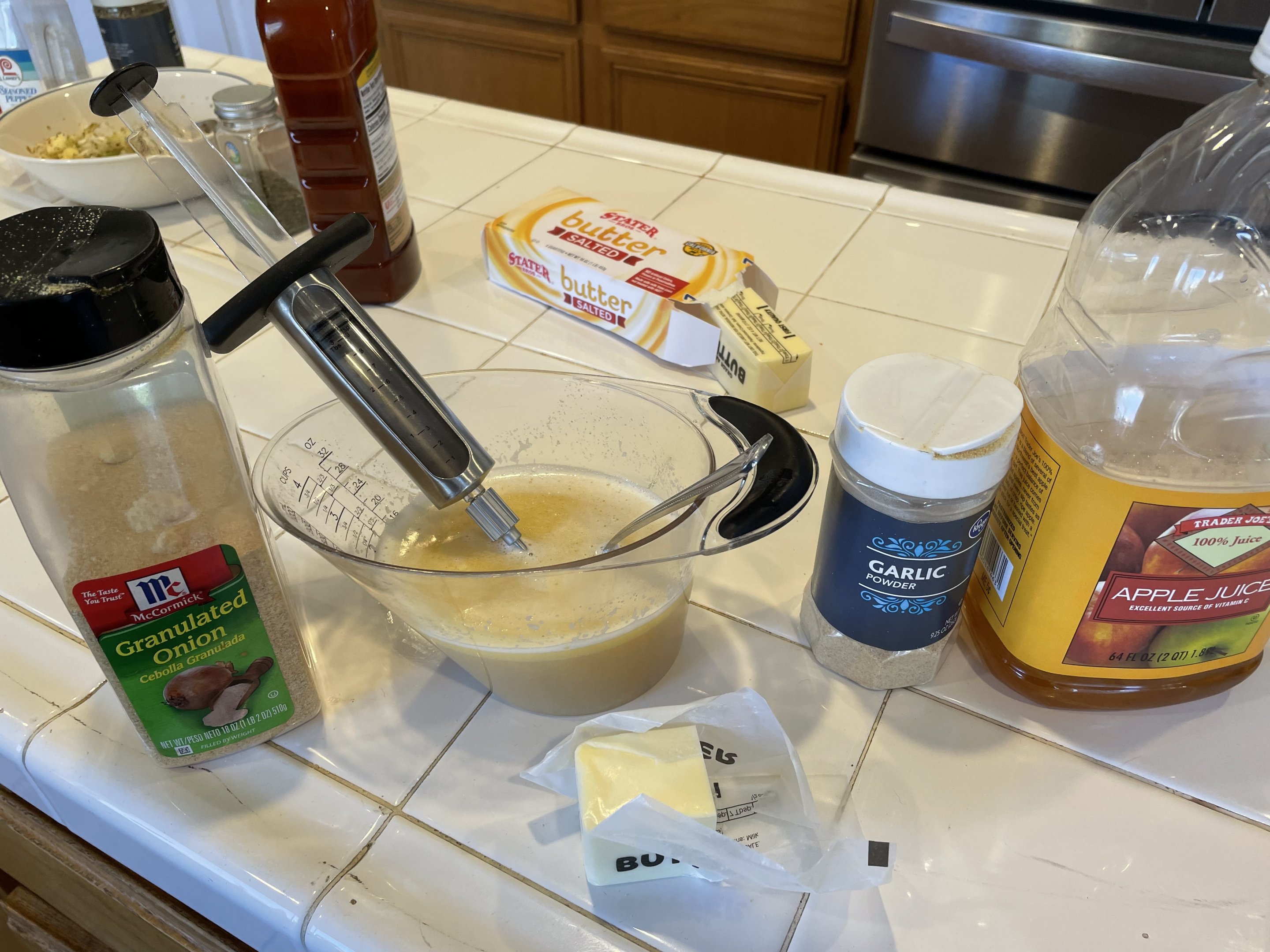 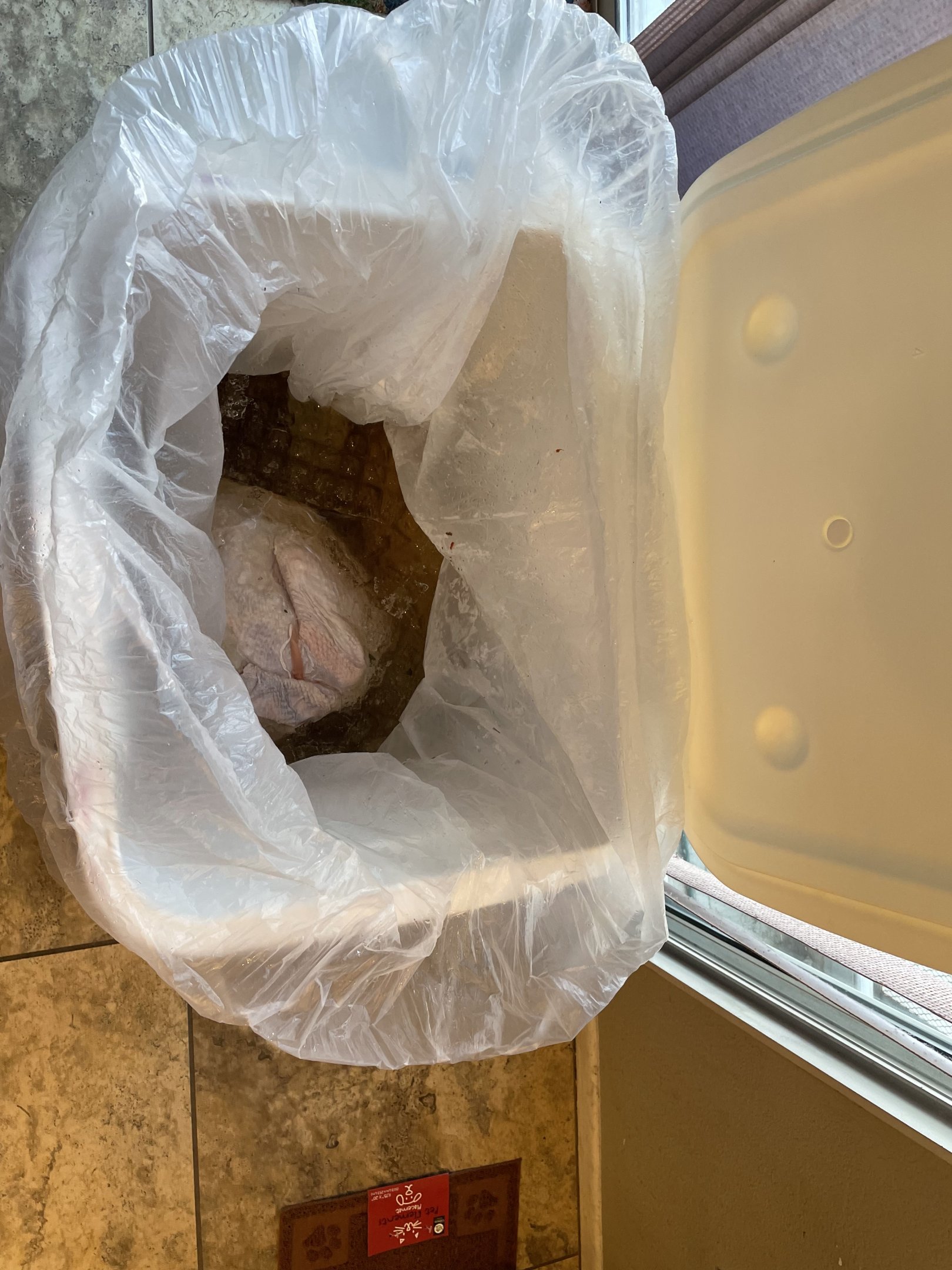 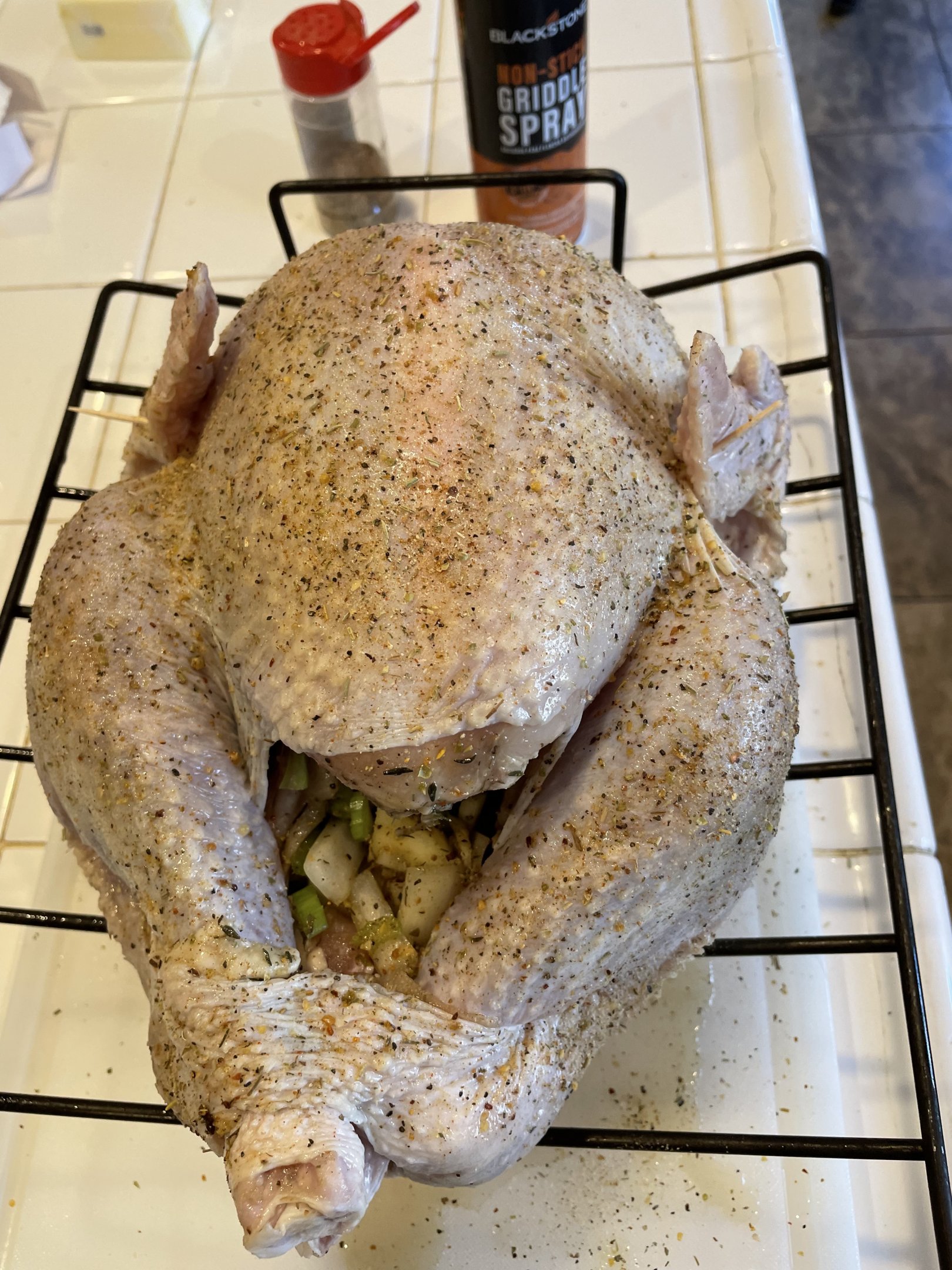 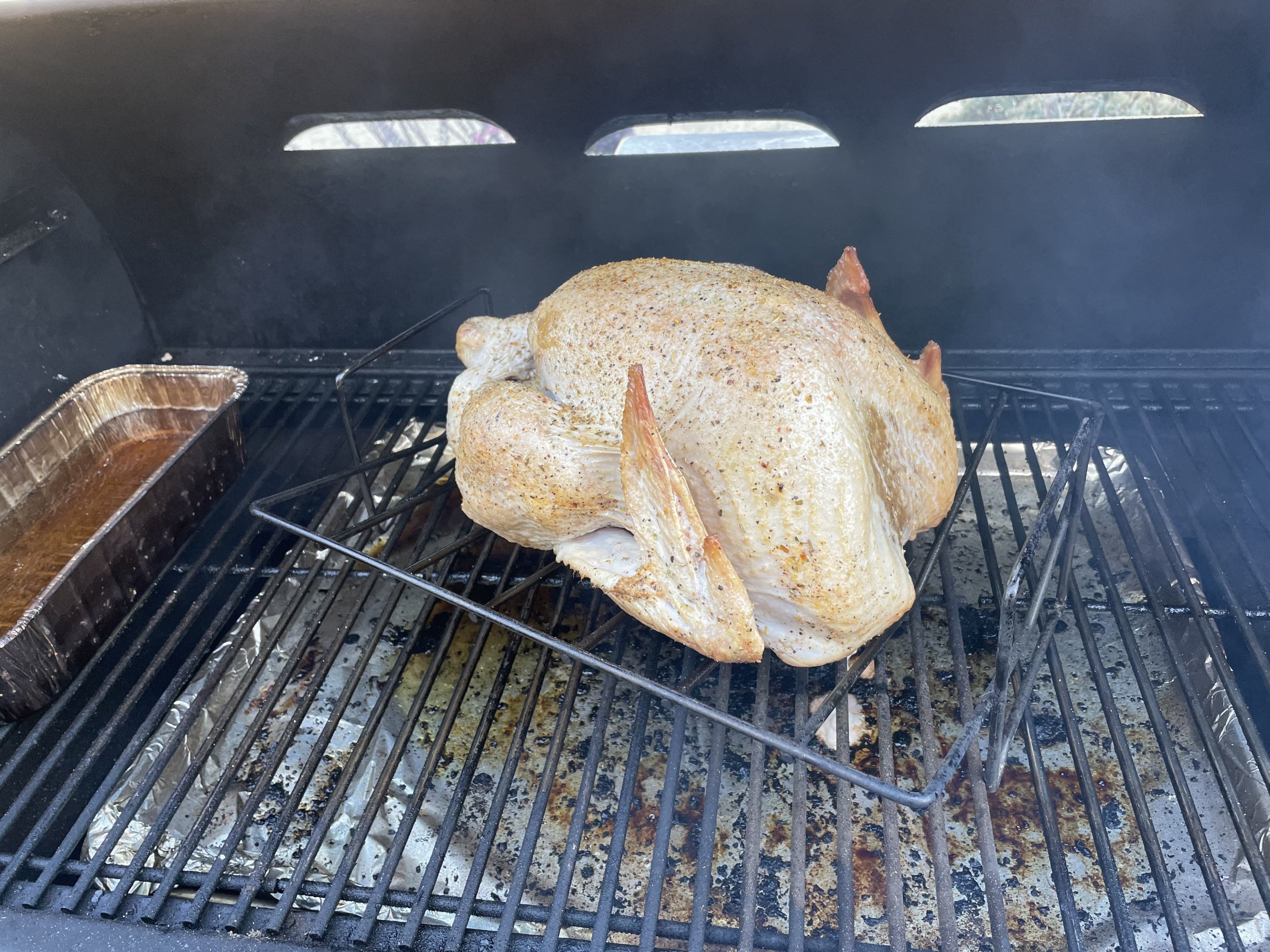 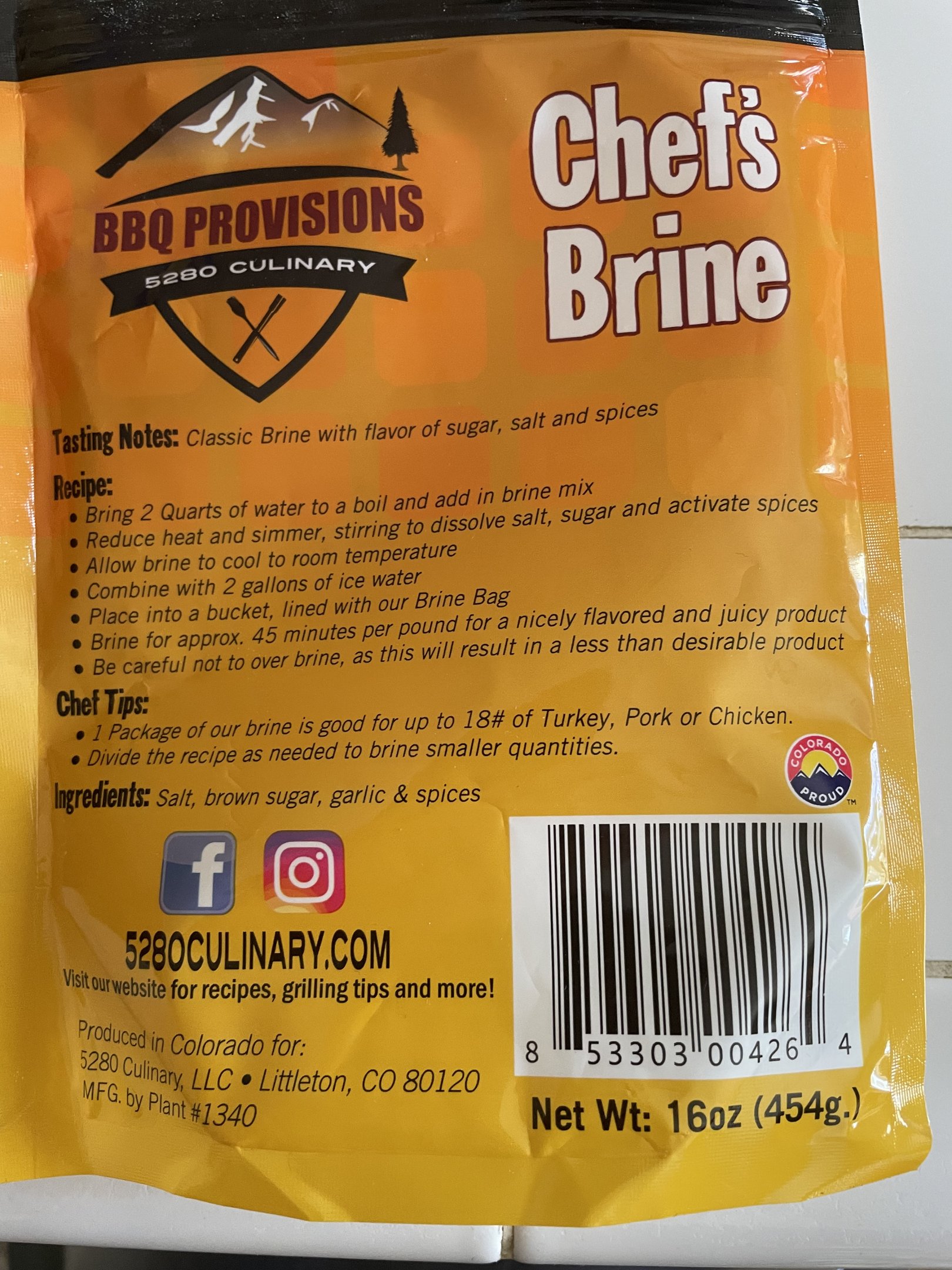 Its 3:30… Been spraying the bird with apple juice every 45 minutes ish… 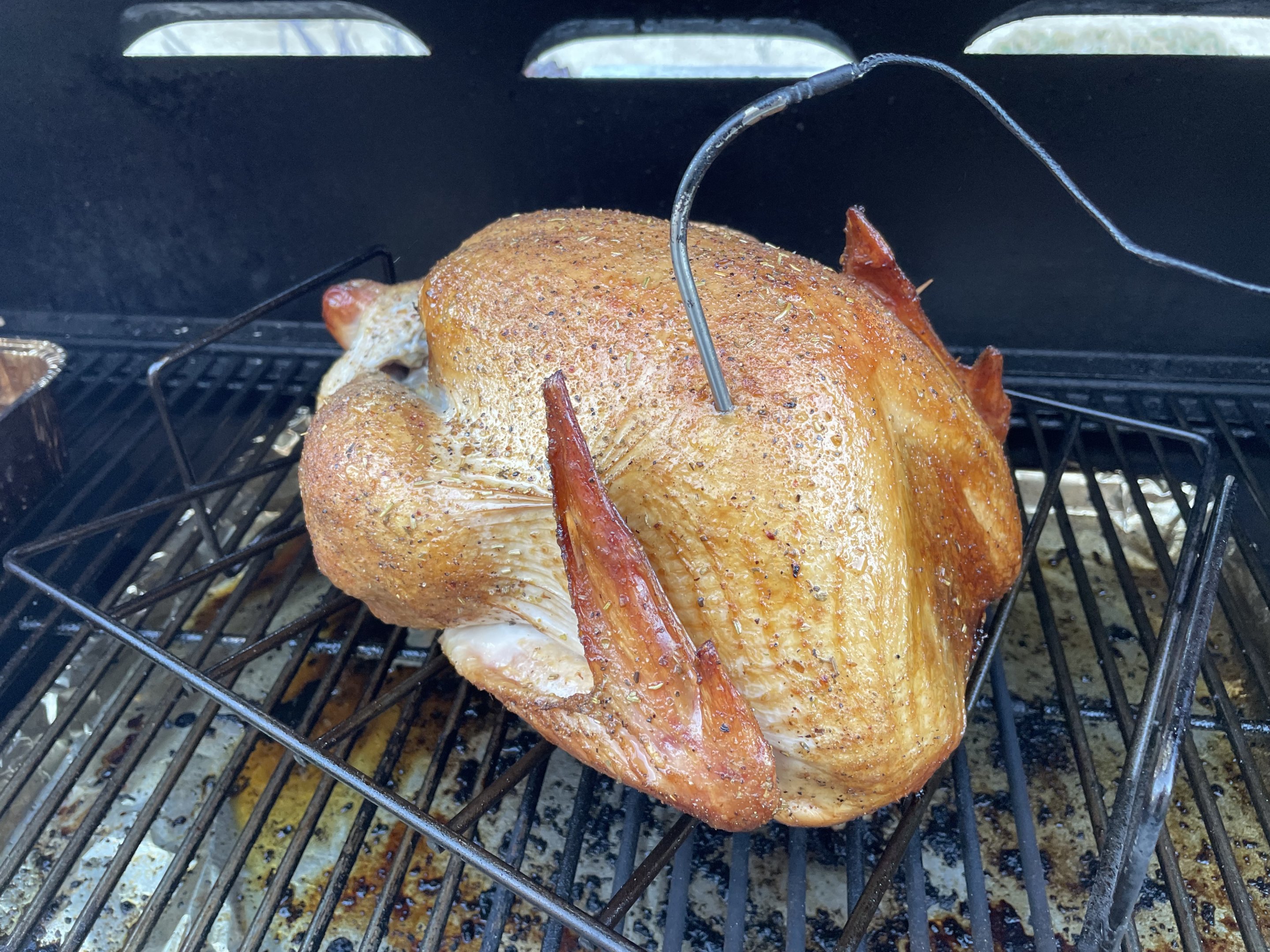 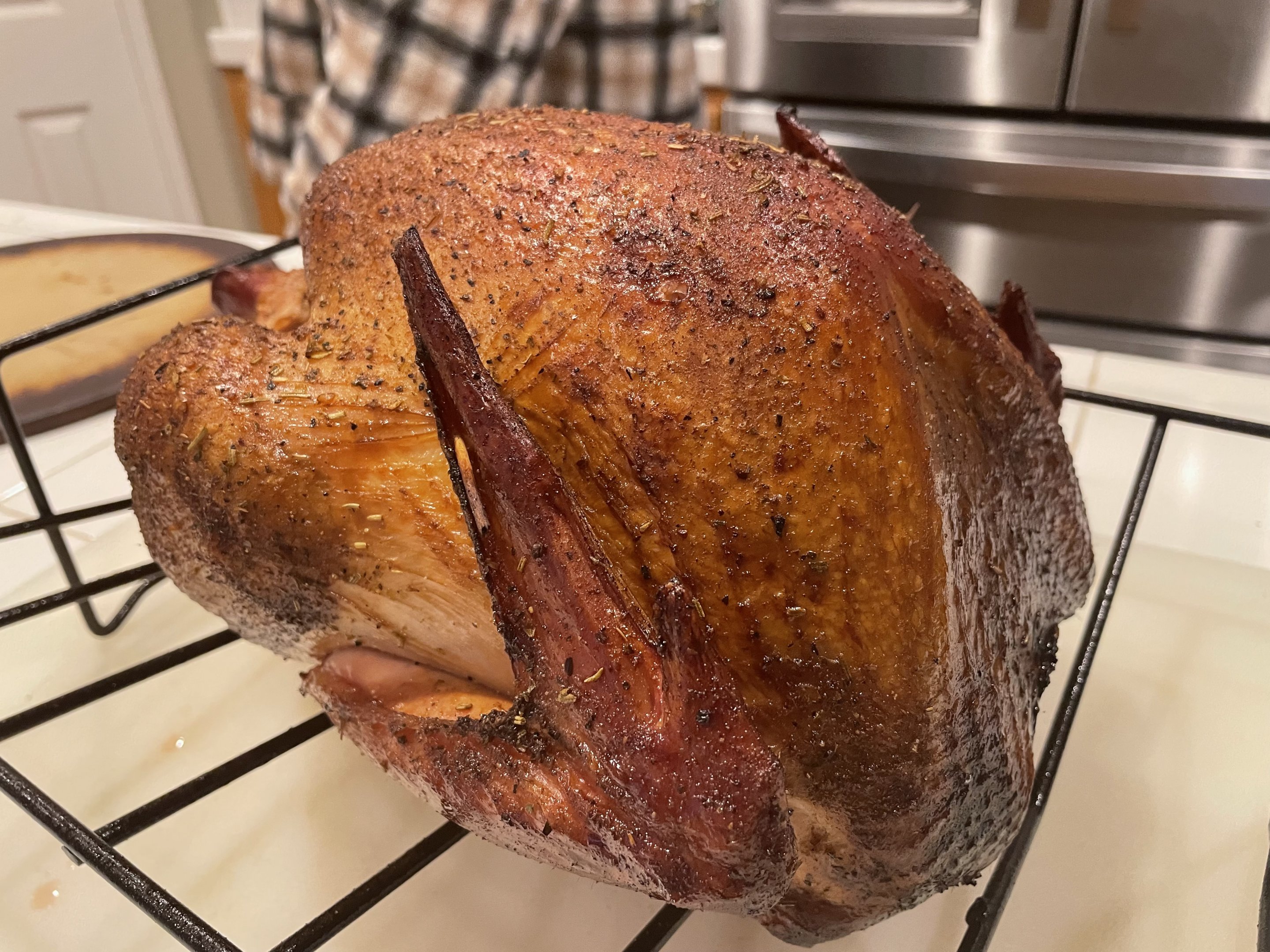 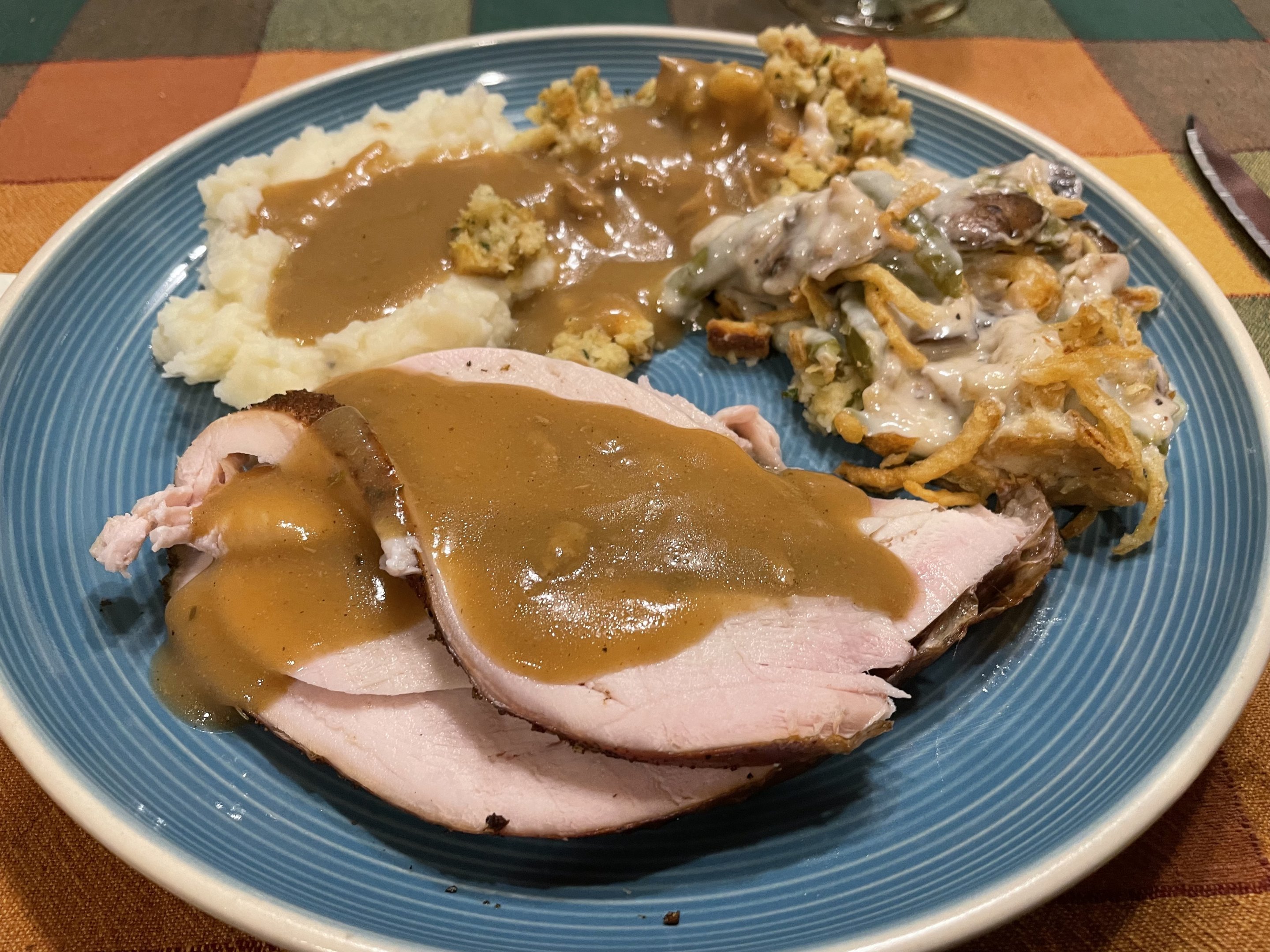 I didnt take a whole bunch of pics, but here is my fat 26lb bird on the smoker. brined for 16 hours, pulled out of the brine wednesday night and injected with 2 sticks of butter and used another 2 melted sticks to paint the rub on. i used the brine and rub that came with traeger turkey pellets. came out damn good. this pic is at about hour 8 of 12. 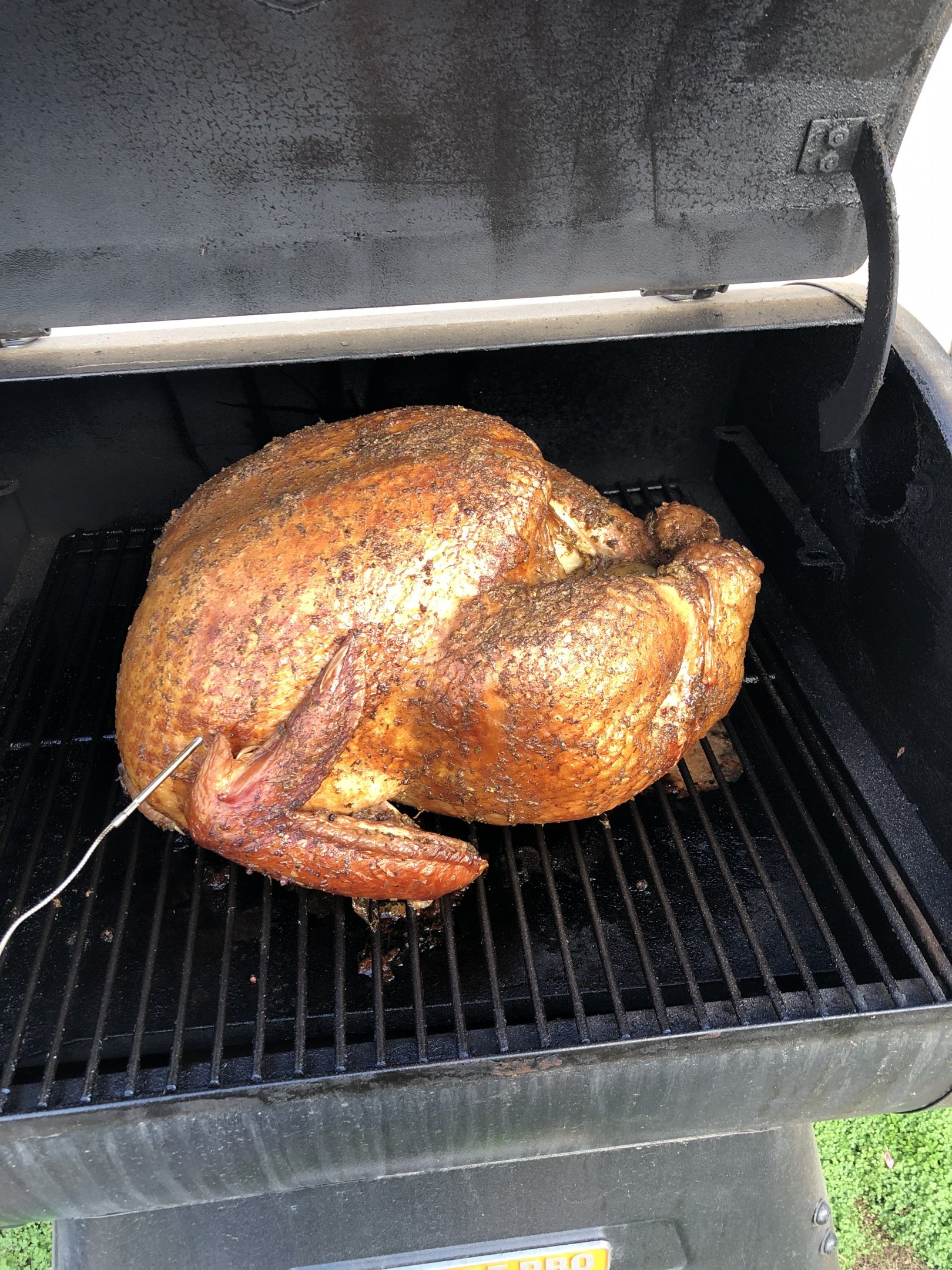