Truck Heaven to Ocotillo with carnage

This month we schedule to run Anza Borrego area. Friends arriving Friday and wheeled at Calsite mine and Truckhaven 4x4 training area. My son had a cross country running and won't be home until 10pm on Friday so I decided to leave early Saturday am. Left home at 4:45am Saturday heading to Truckhaven 4x4 training to meet the team.
The hard rain on Friday night causes highway closure, 86S closed at S22 (Borrego Seaway) and S22 west bound road completely closed due to mud washed out to the road. The Argo gas station completely packed due to the highway closure. 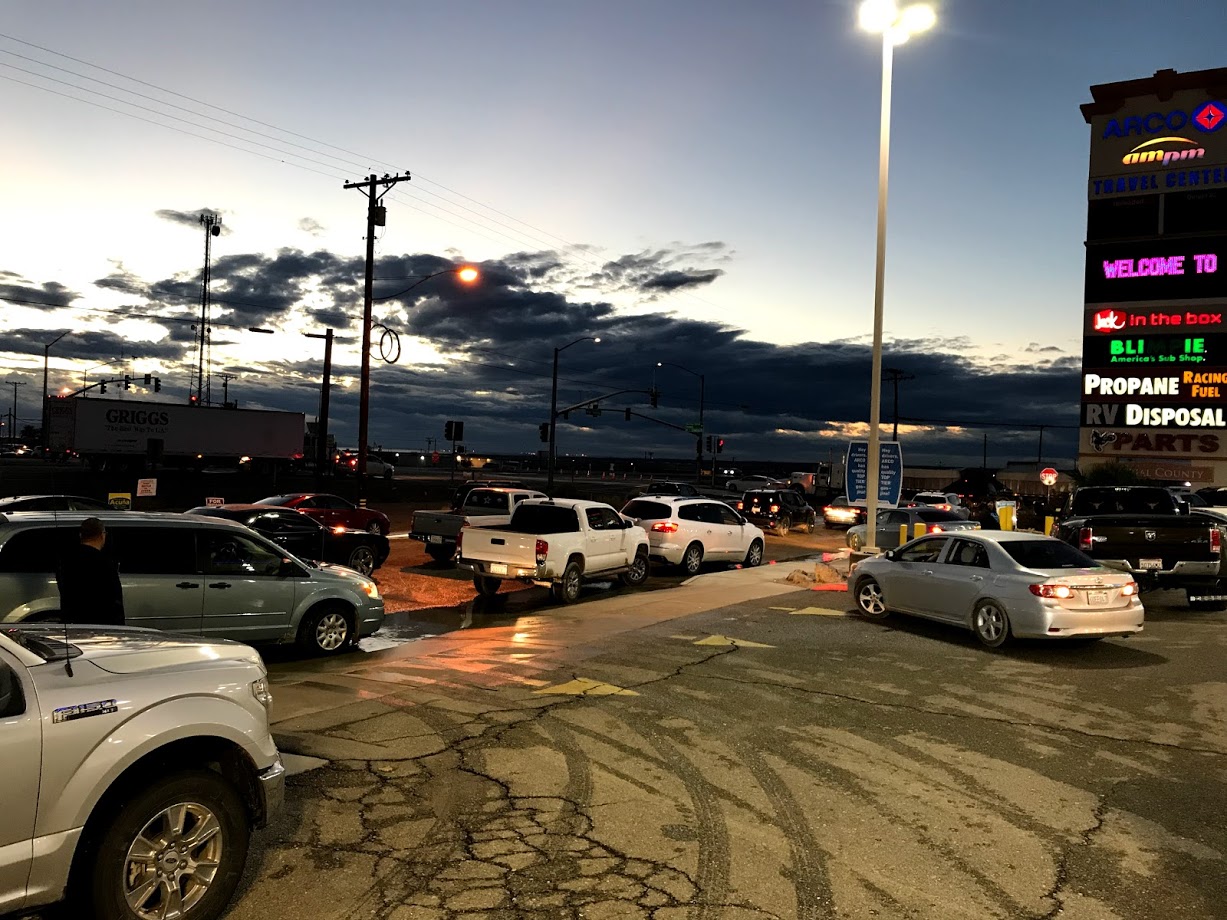 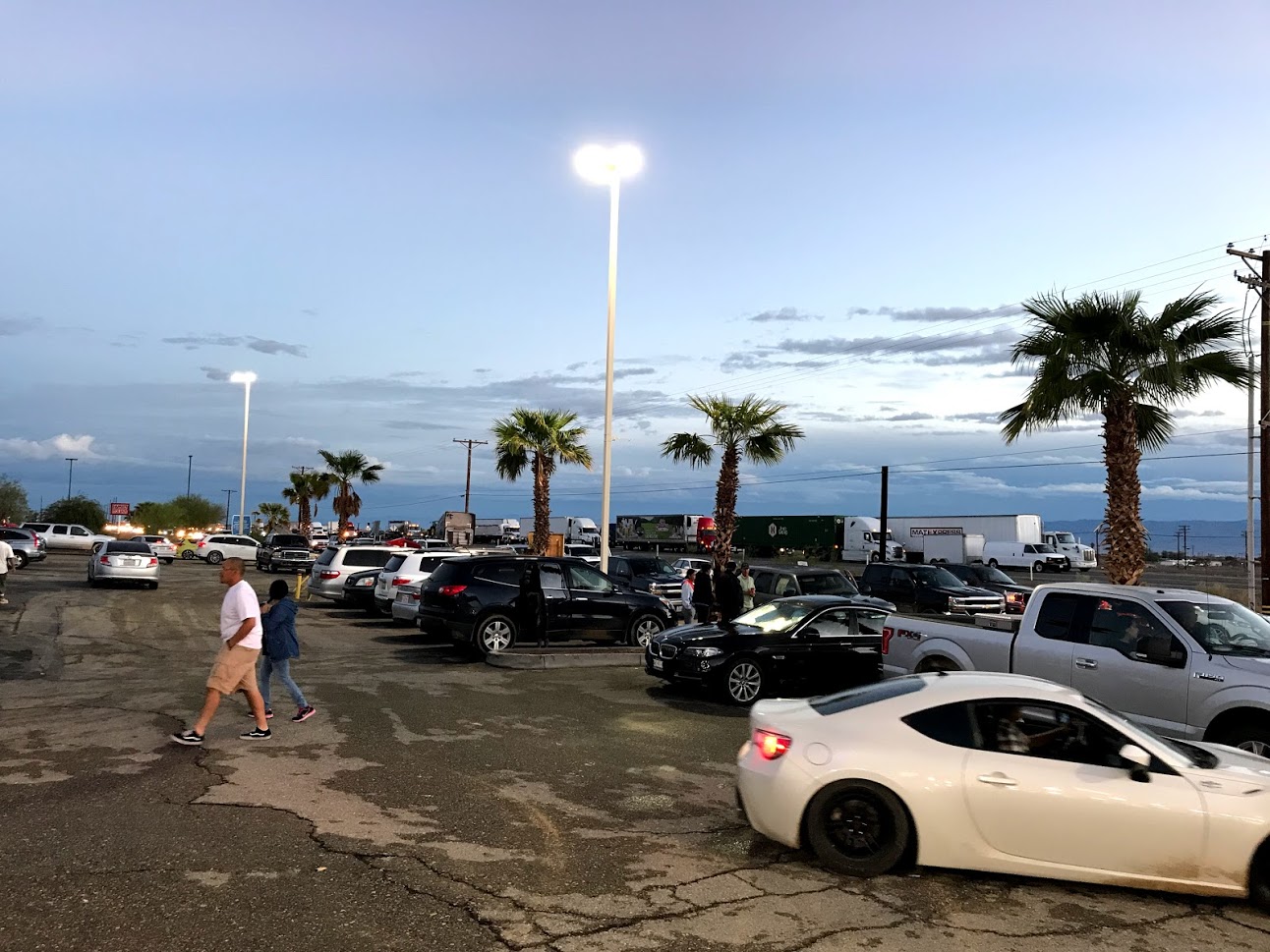 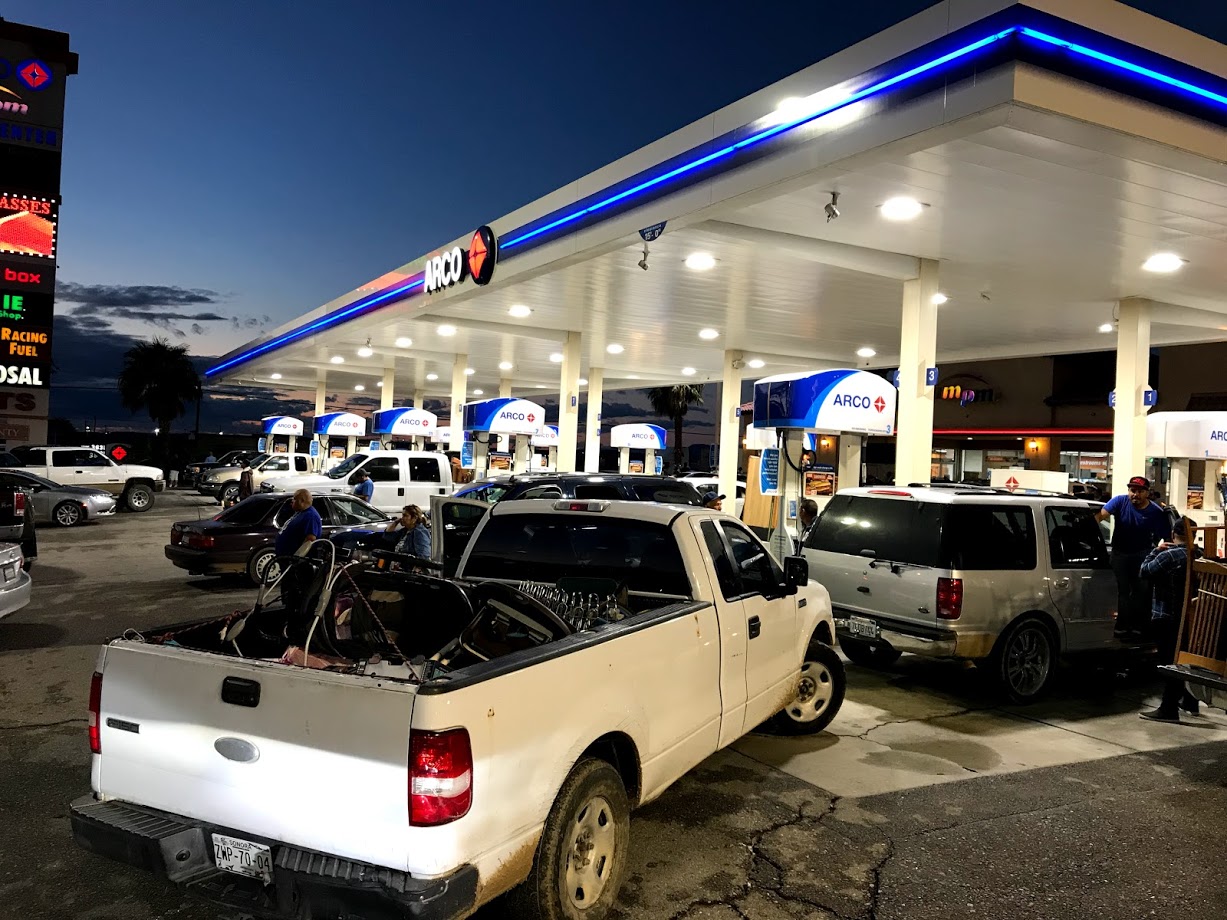 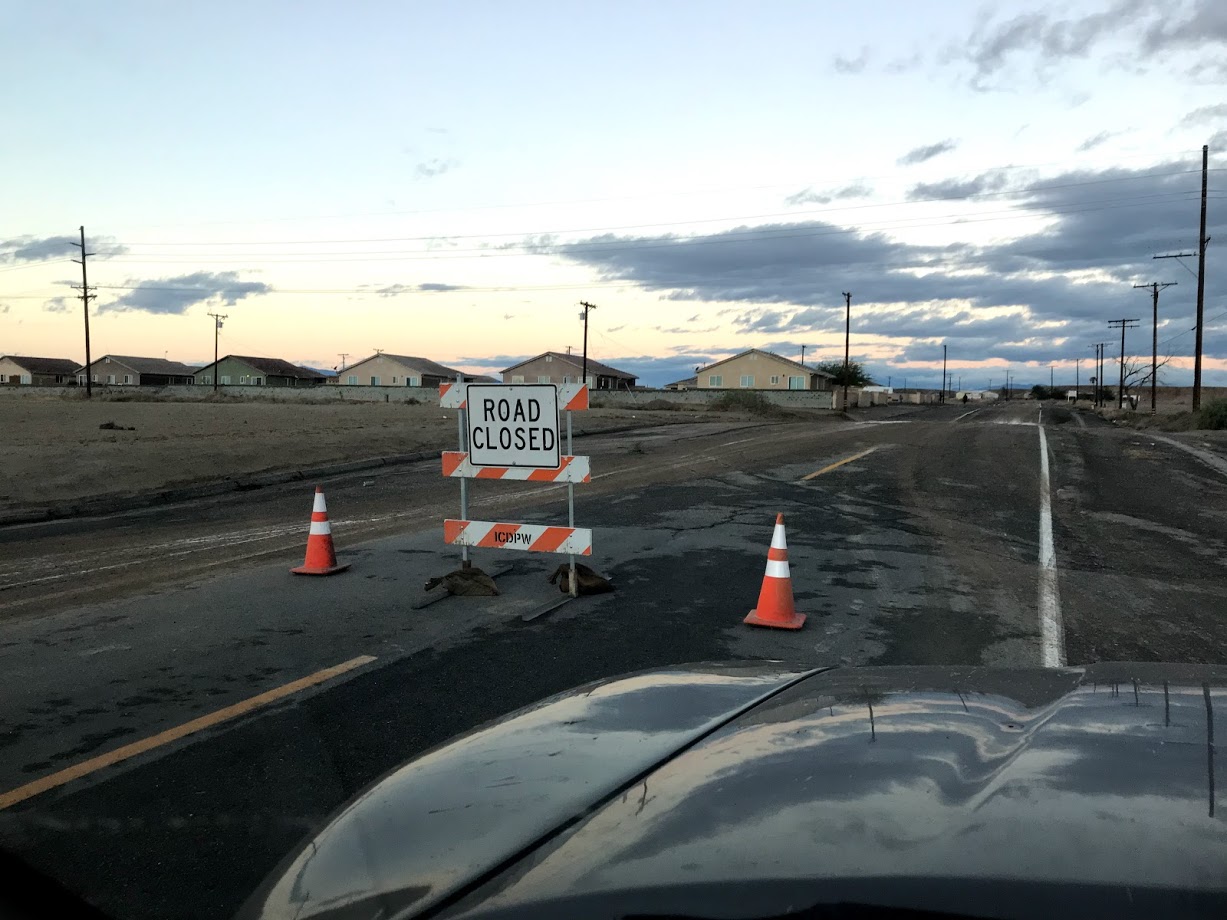 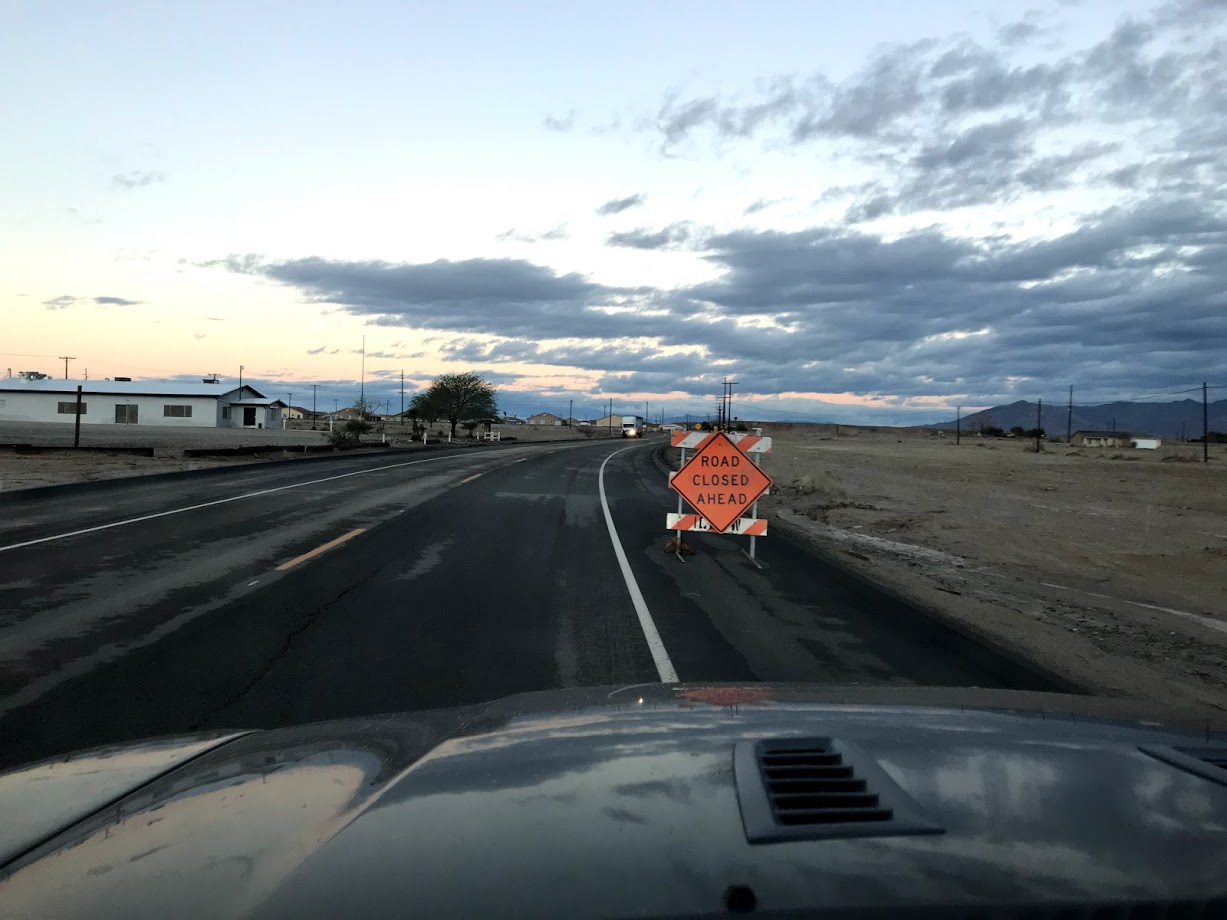 After crossed the mud section the truck got some mud 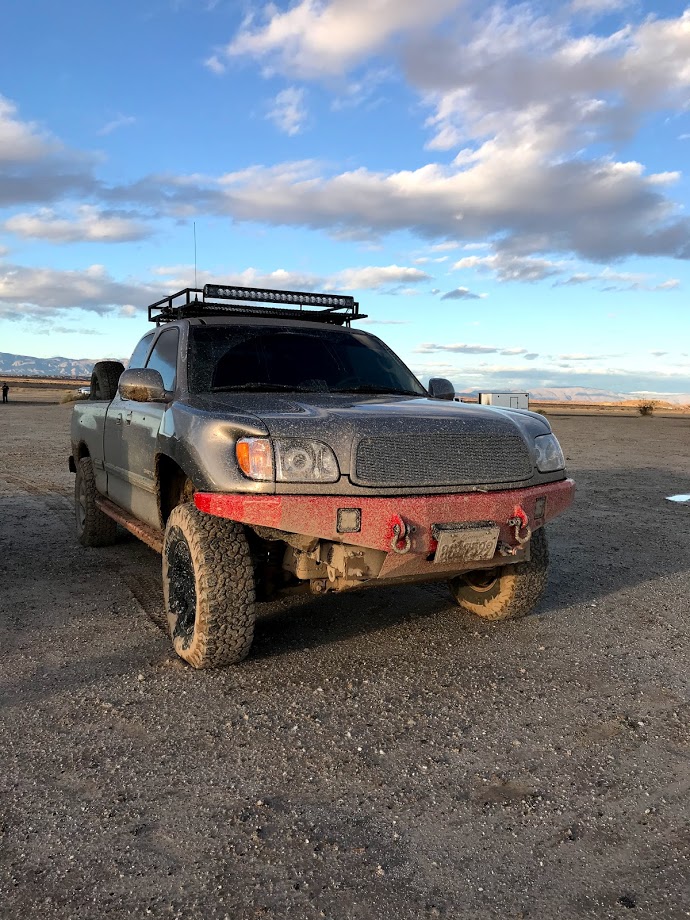 Finally arrived to the meeting place and get ready to have some fun. 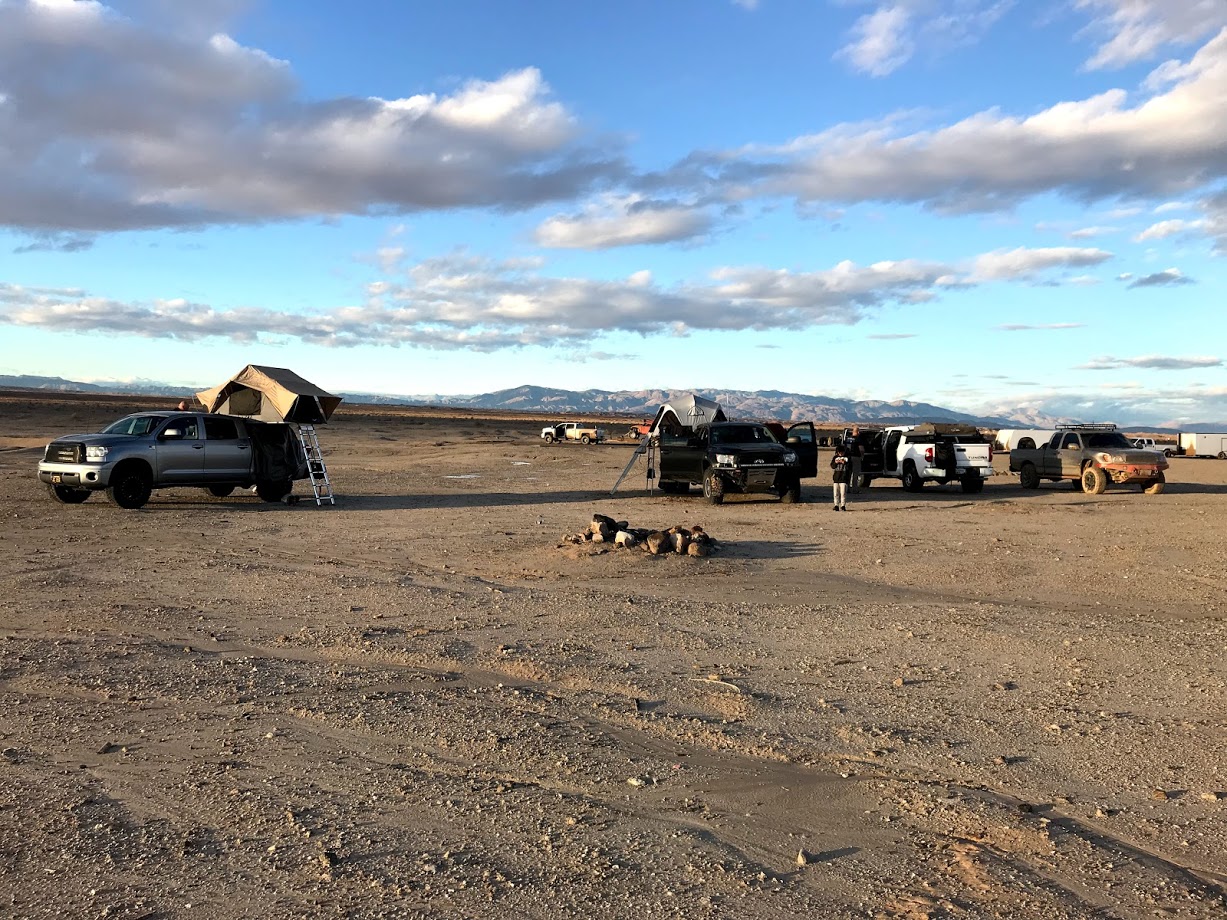 Water and mud are everywhere and we decided to follow the power line to the Ocotillo ranger station on hwy 78 to obtain more information about the flooding area to avoid.
Passing couple small wash was not much effort then we crossed good size wash the lead truck got stuck in the deep mud 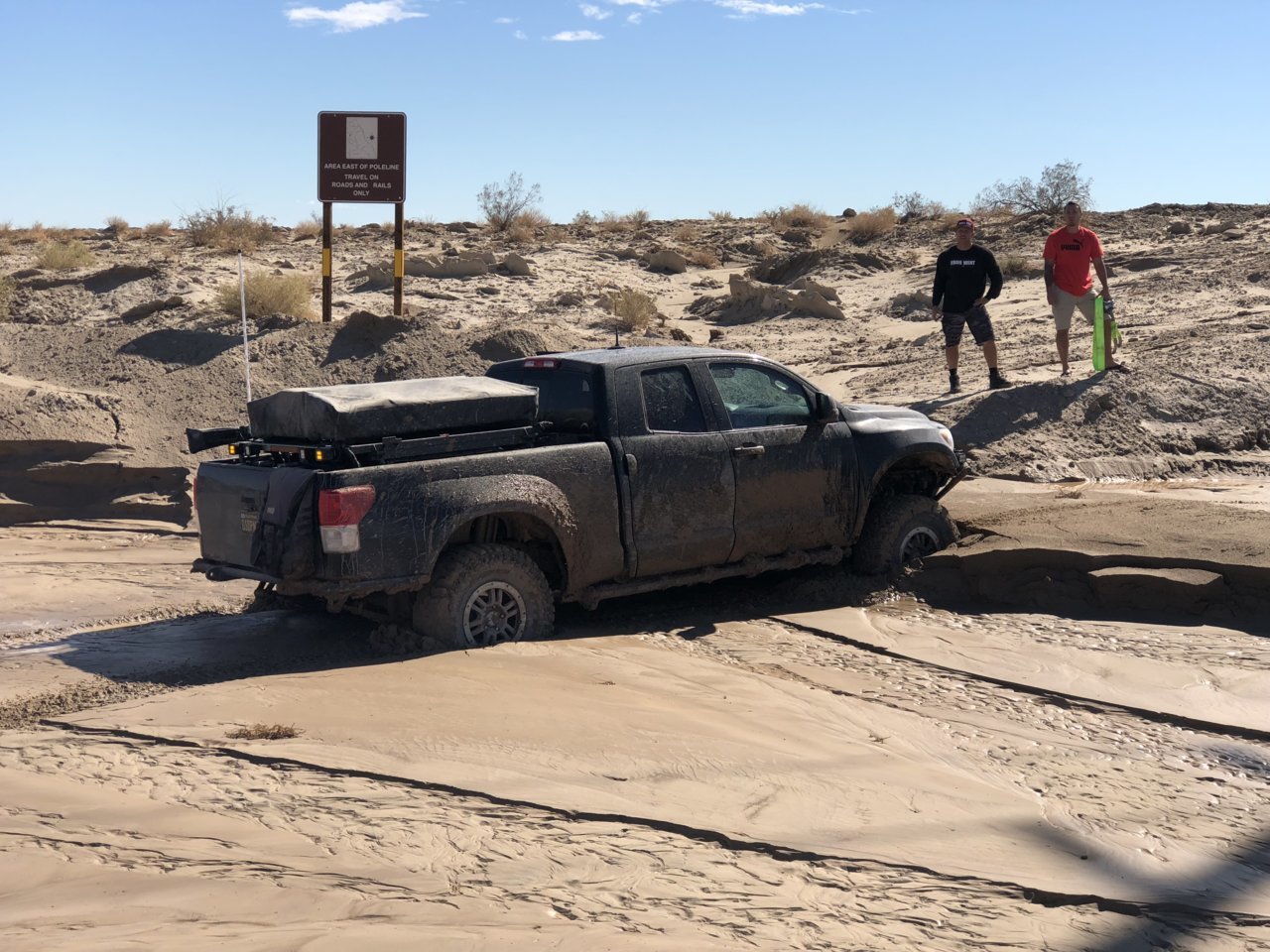 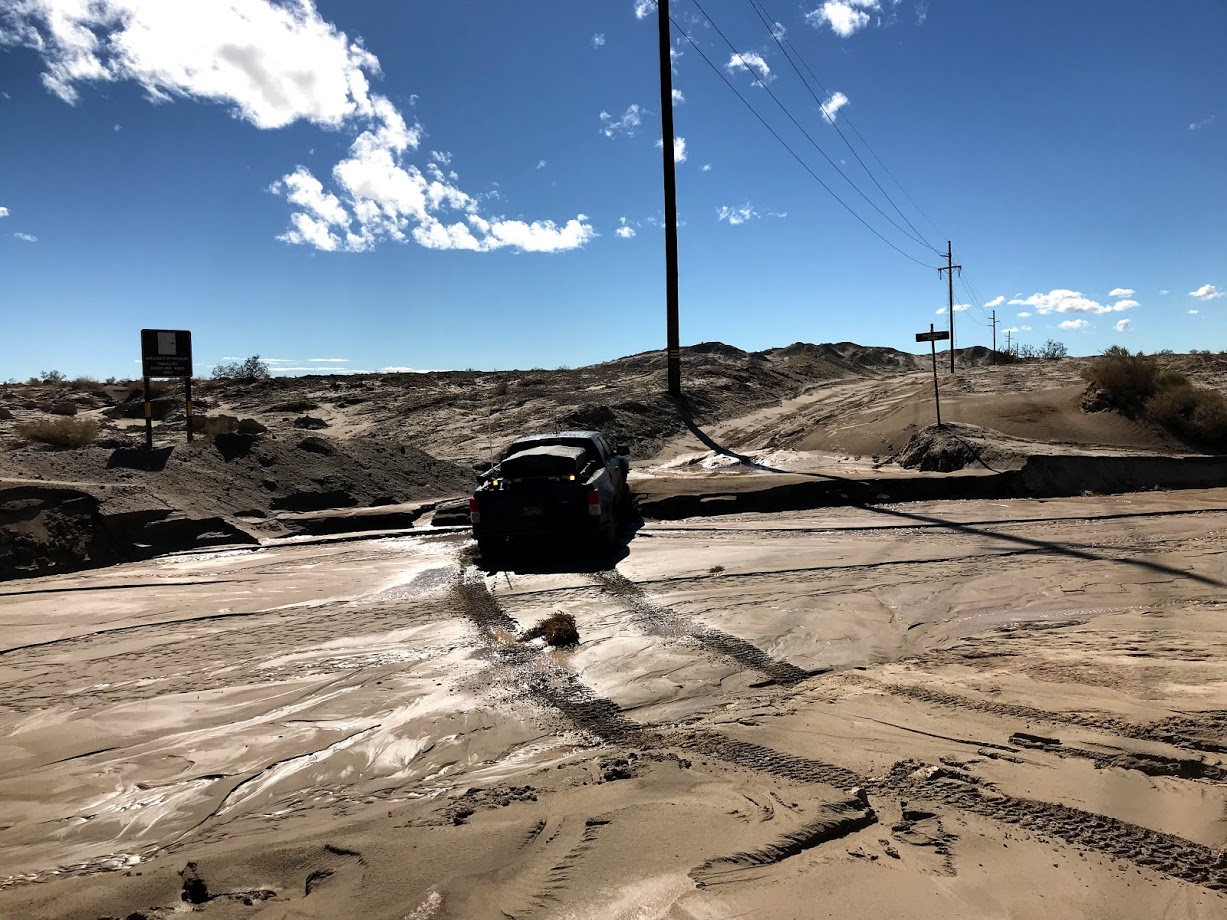 I was able to crossed the wash using different section and going to use my truck as a anchor point but then we found out there was deeper mud in the front of the stuck truck so we decided to pull it backward and he will crossed the wash using the section that I used earlier.
I moved back and and ready to pull him out, first try was connected the kinetic rope and tow strap together to make it longer but then the tow strap broken, the second try worked. 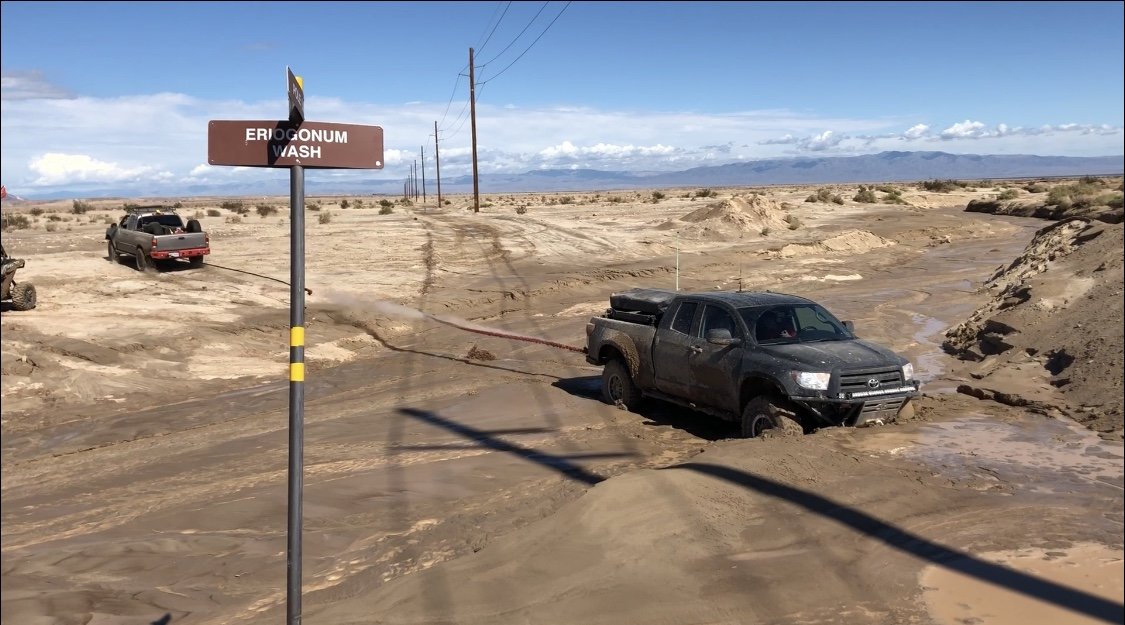 After recovered the ABS wire on the stuck truck broke off so he is fixing it.
While waiting a dirt bike was stuck at same spot so I gave him a hand. 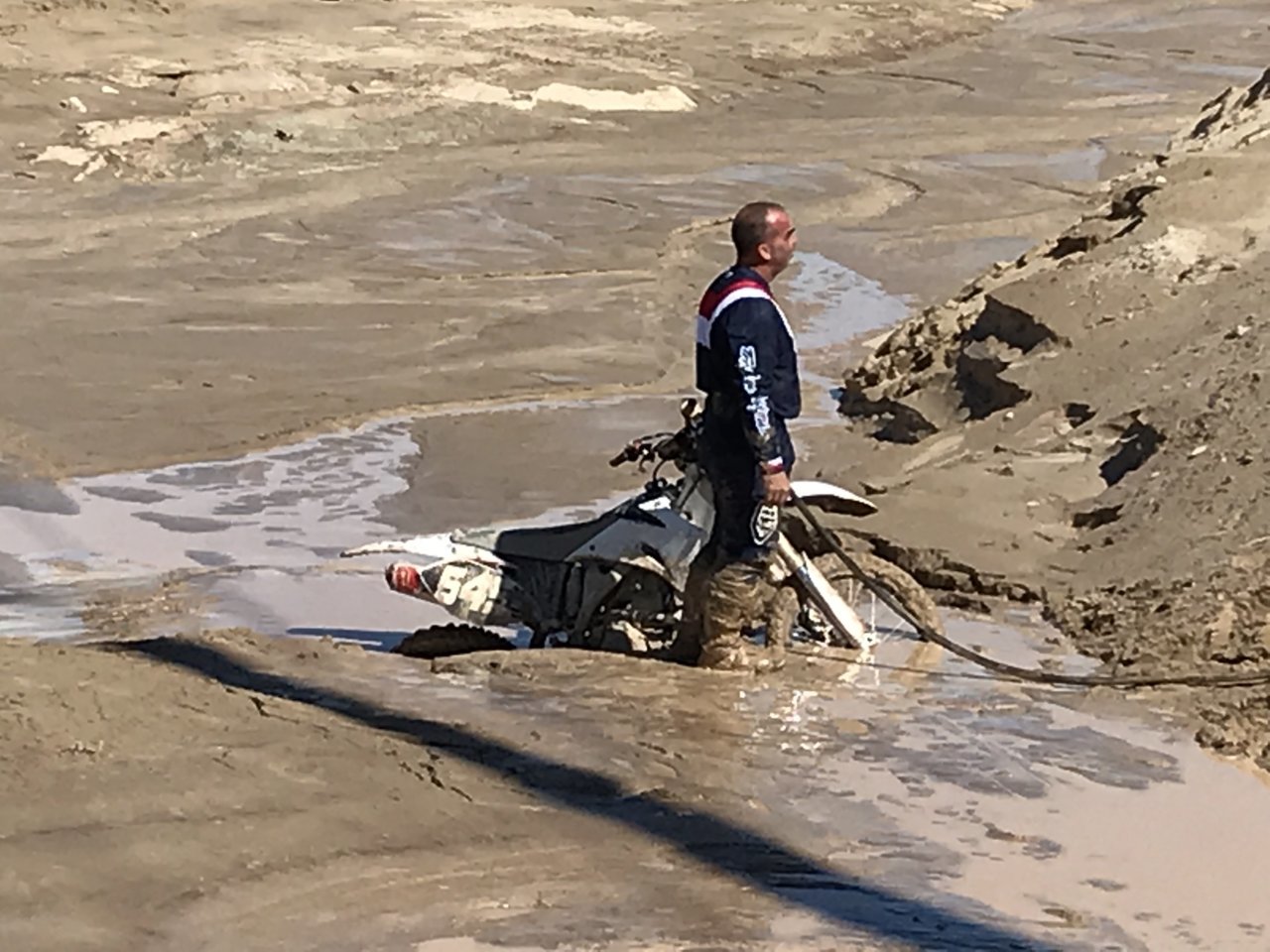 On the way to the ranger station 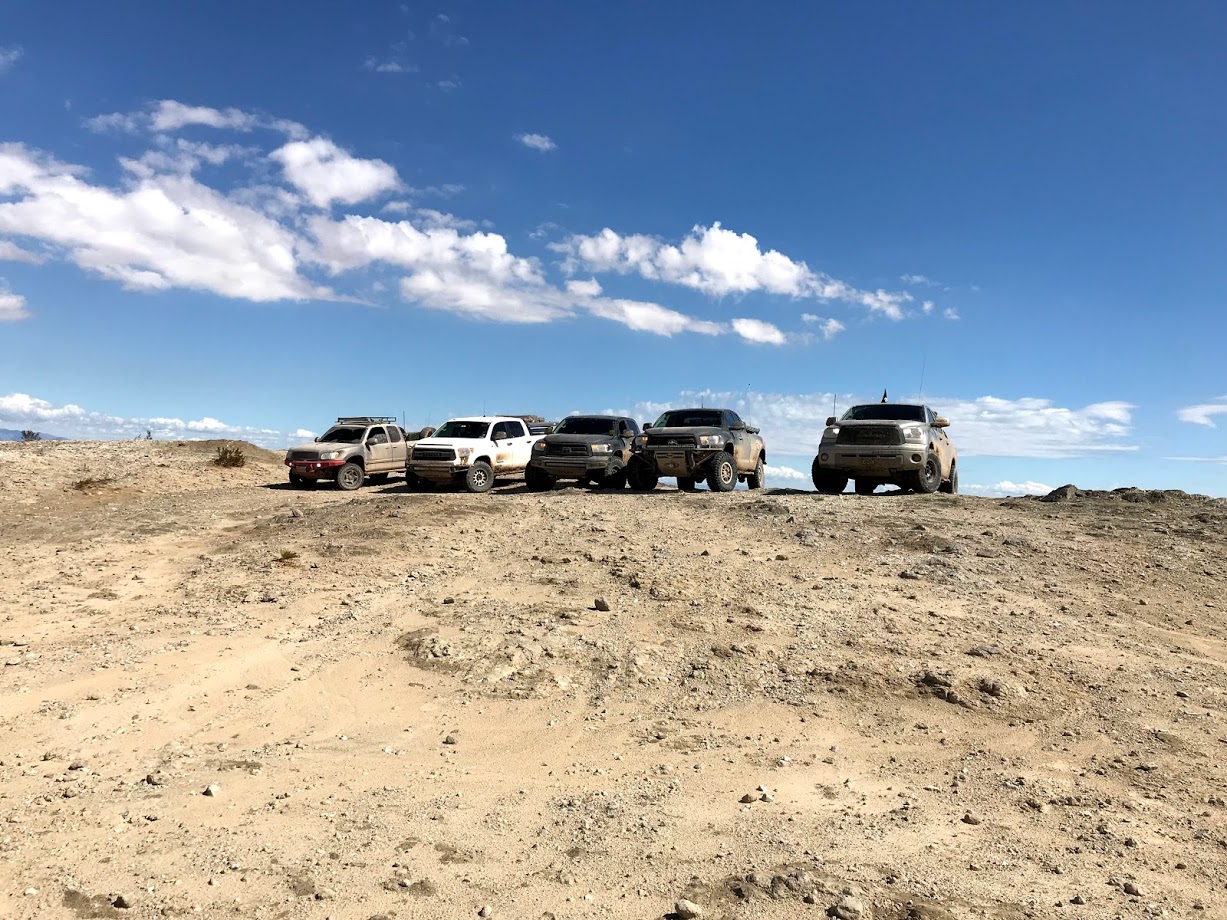 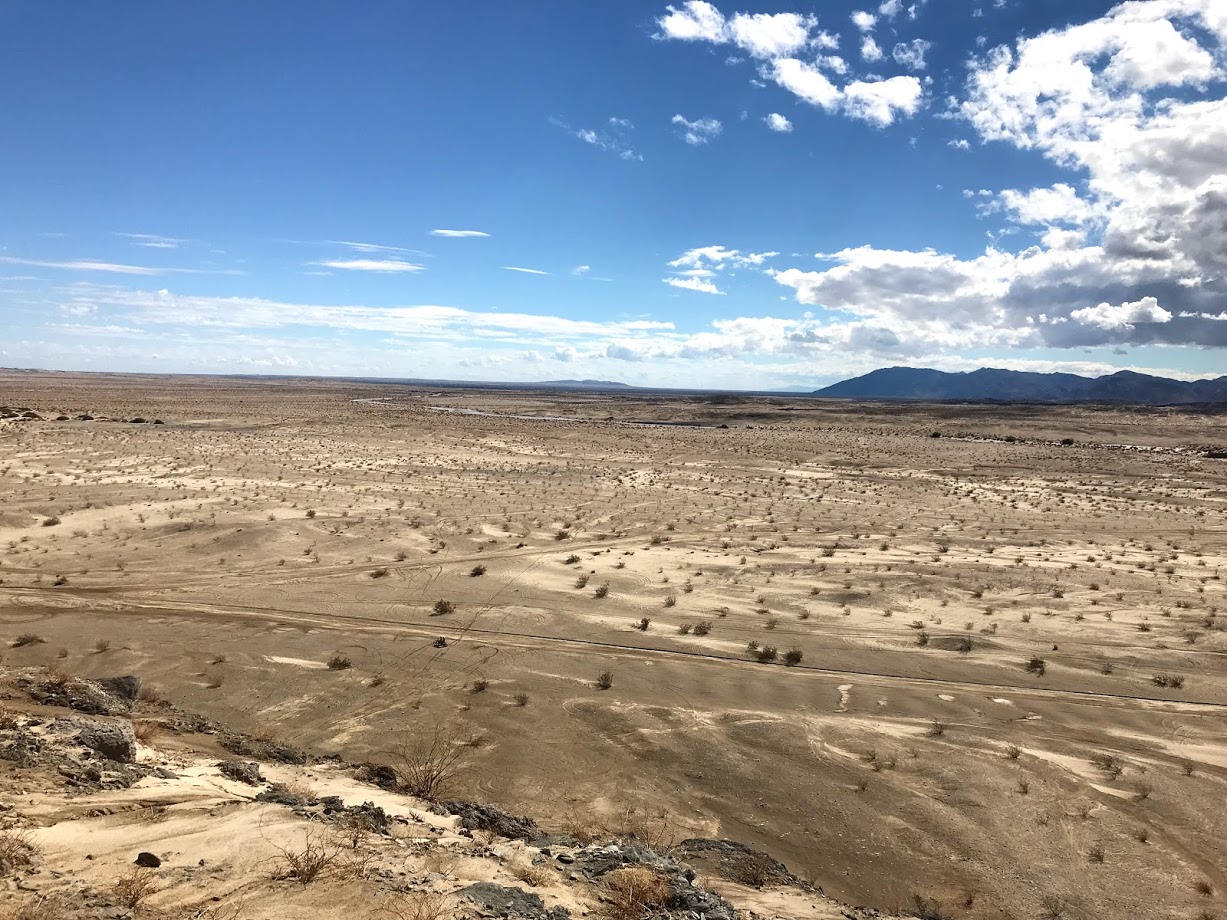 We were told at the ranger station there is not much flooding report at Fish Creek wash so we will head there for camping over night. Still early we decided doing some gofast along the railroad track. 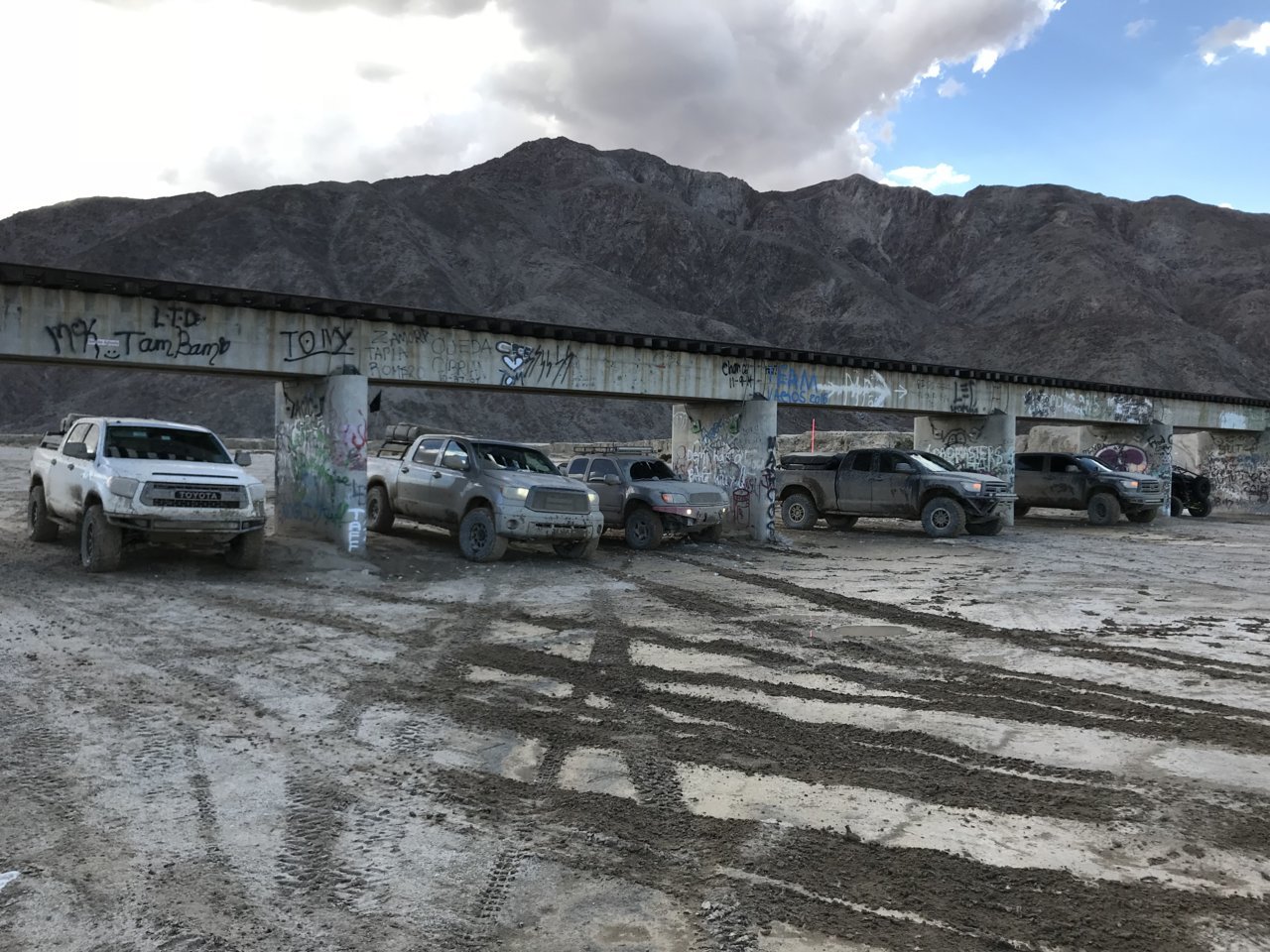 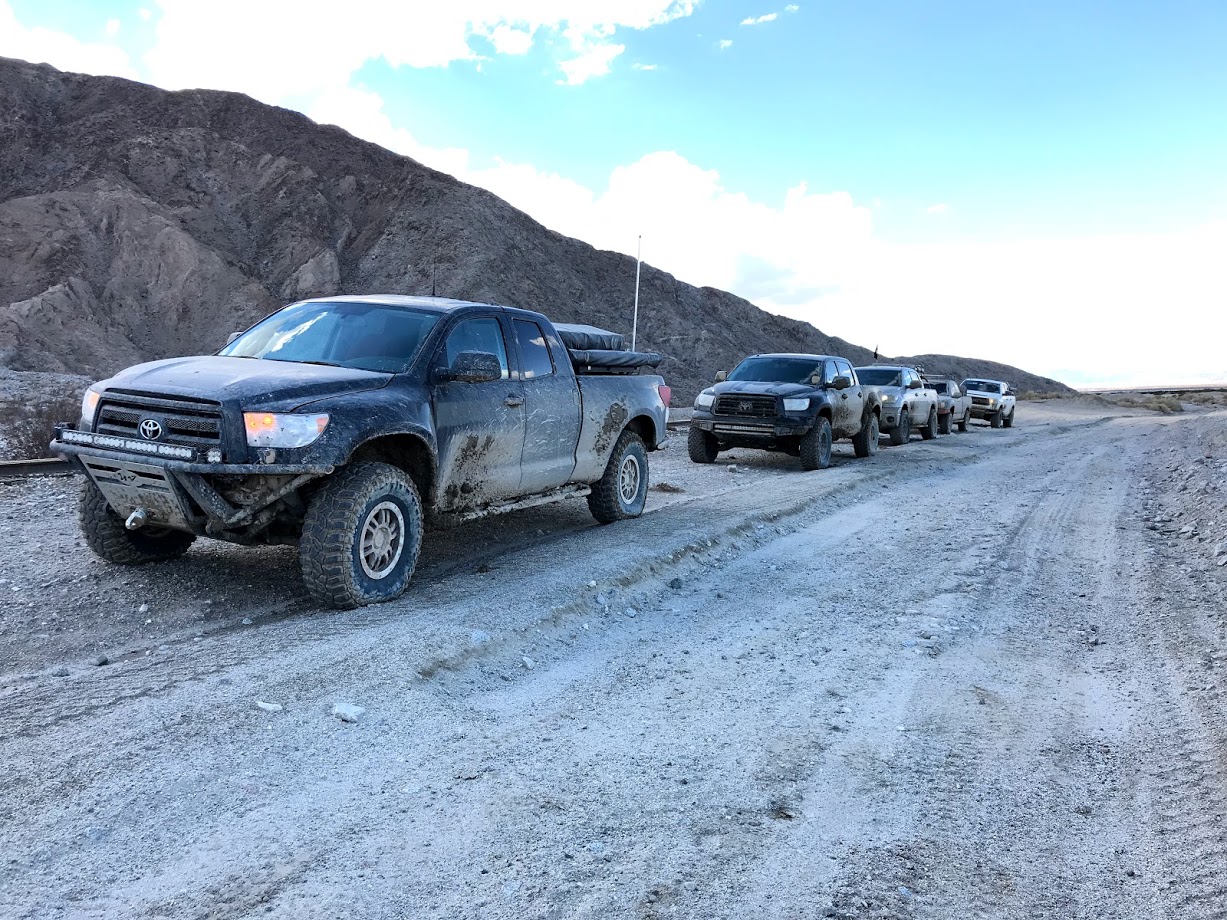 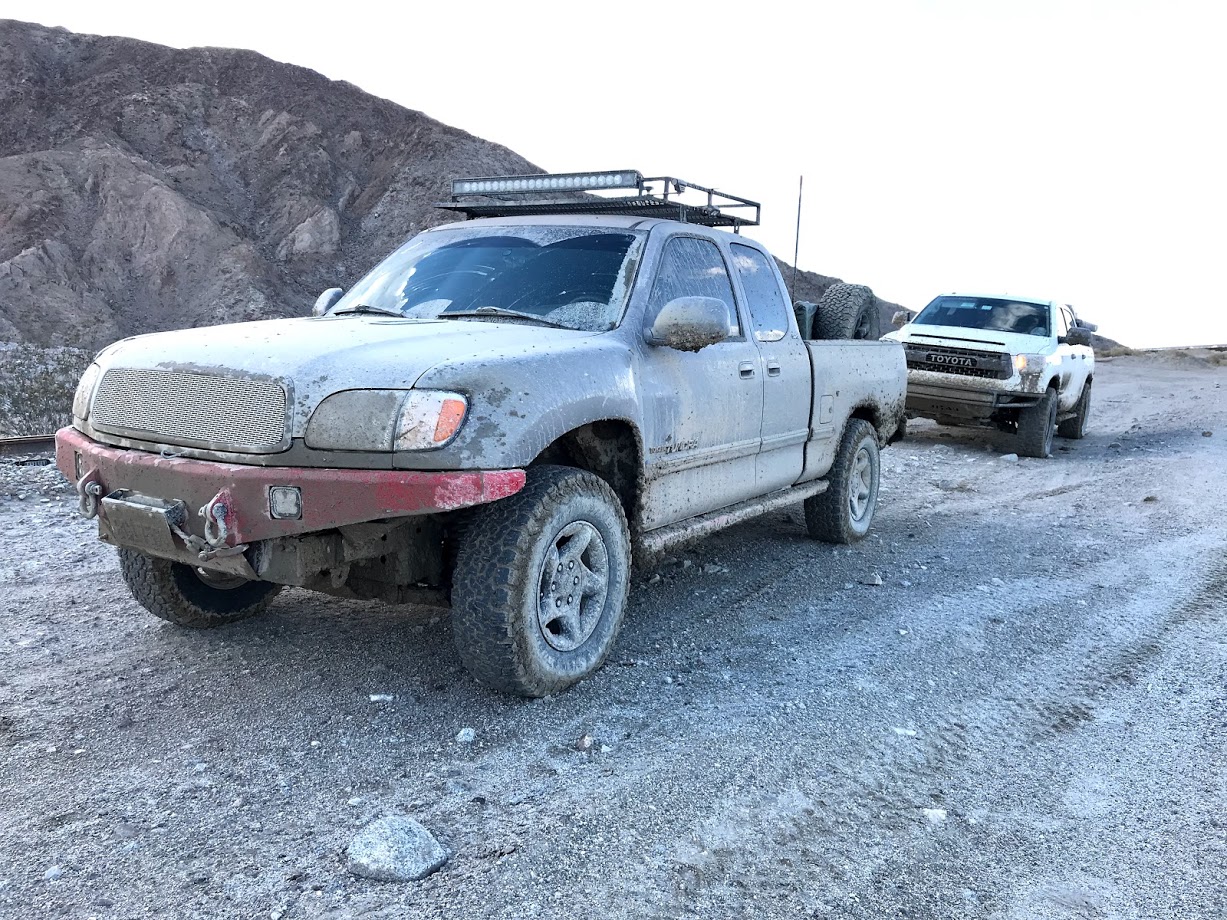 After railroad track we followed the whoop section to come back to Fish Creek for setting up the campsite.
Finished more than half of the distance, I had so much fun and brought the tundra to its limit after passing good size of dirt pile my son and I was like .... opps! there was something rubbing on the passenger front wheel so I stopped, got out of the truck and looked sure enough the passenger front wheel tucked inside the fender, the steering knuckle snapped at the collar where it mounted to UCA uni-ball.
I removed the uni-ball bolt, nut, upper and lower spacer and Alex (the lead truck) having ingenuity idea that using the bottle jack handle hose clamps and strap tied the UCA to the steering knuckle together. The truck was able to drive less than 5mph.
During the last 8 miles on the trail we stopped more than dozen times removed the wheel and re-positioned the bottle jack handle and replaced the strap, finally I arrived to the pavement. 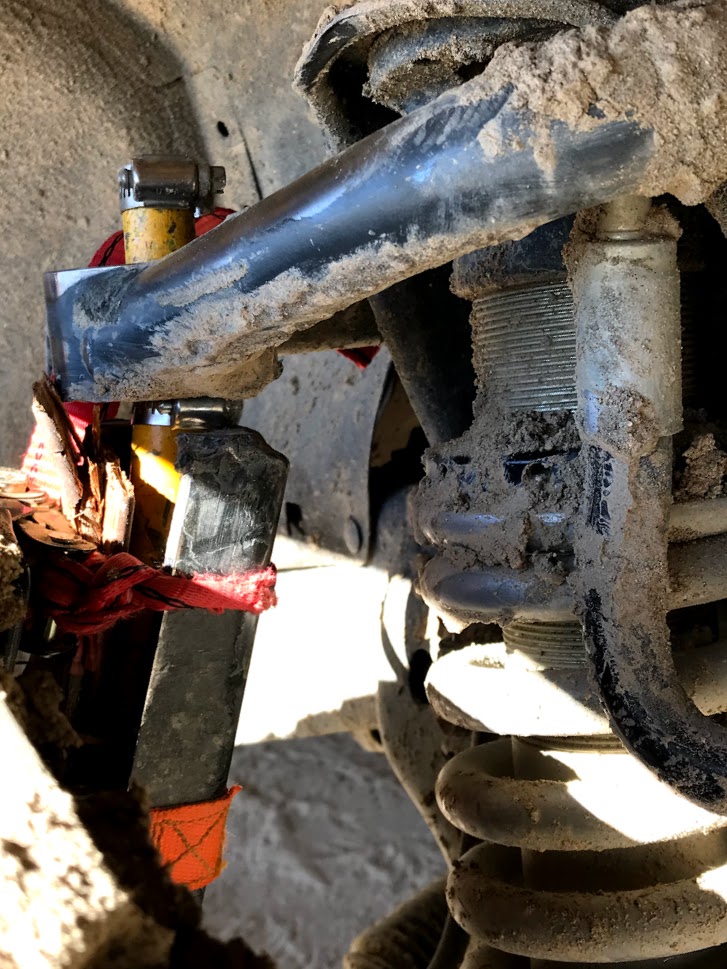 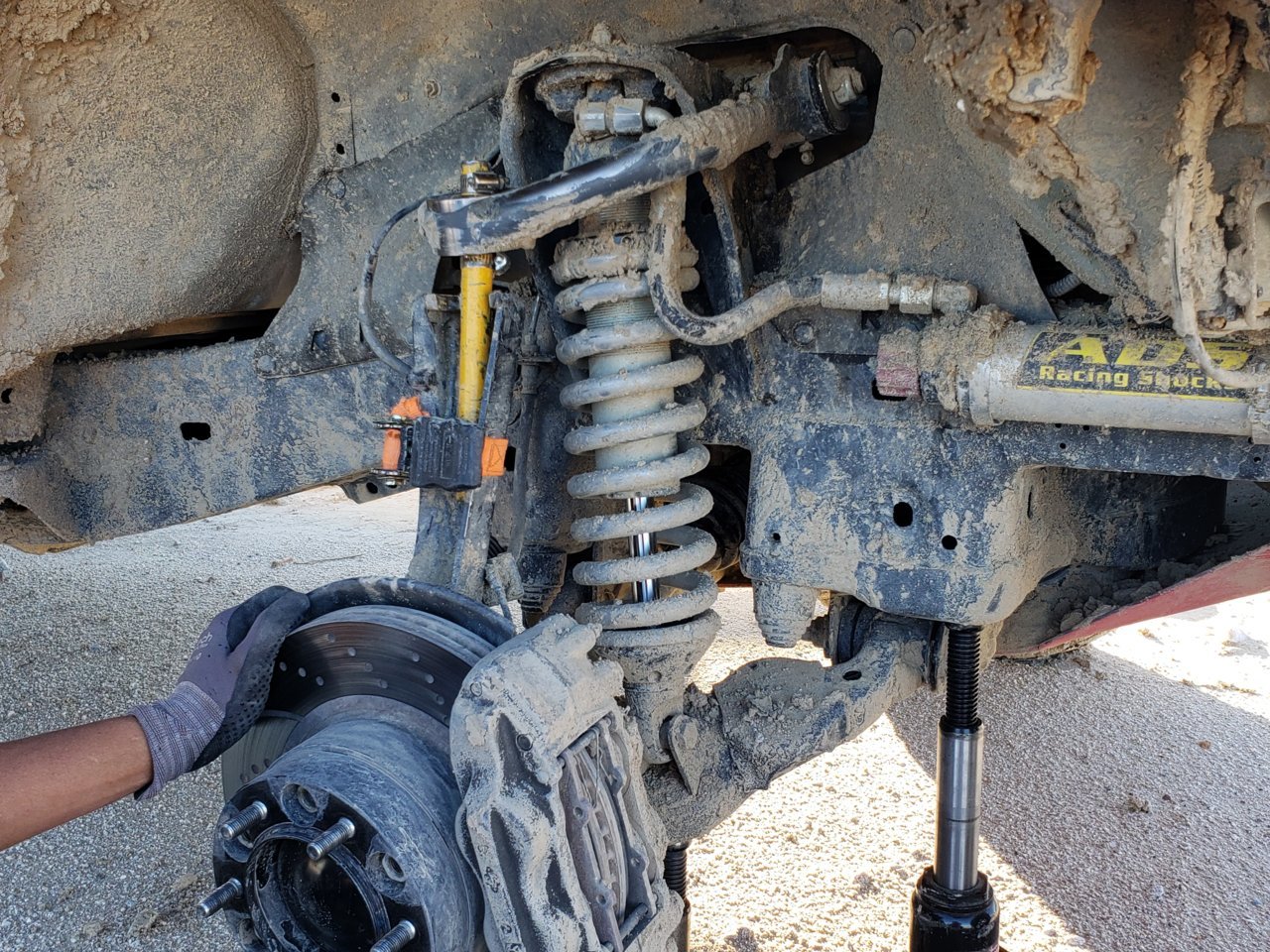 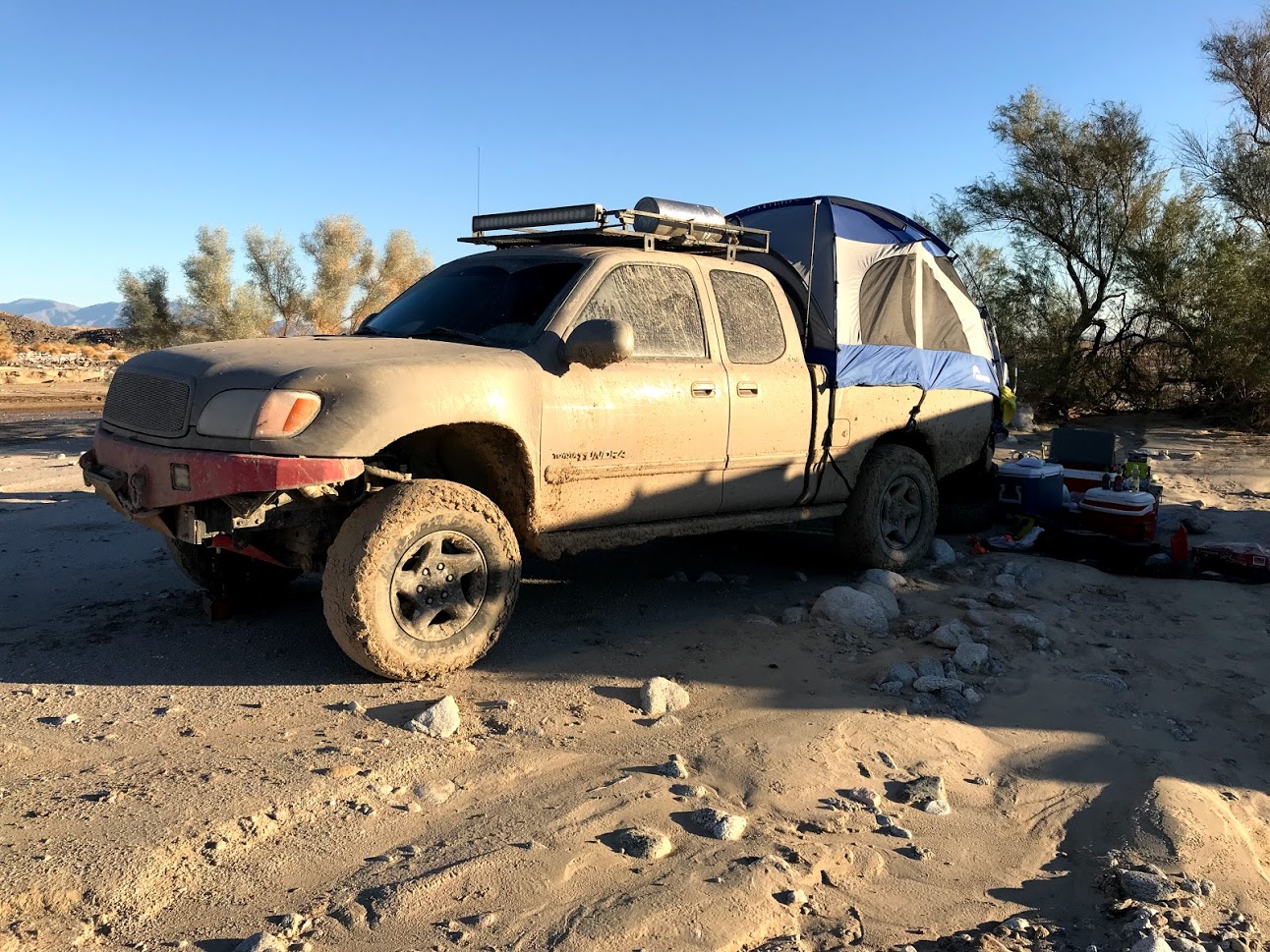 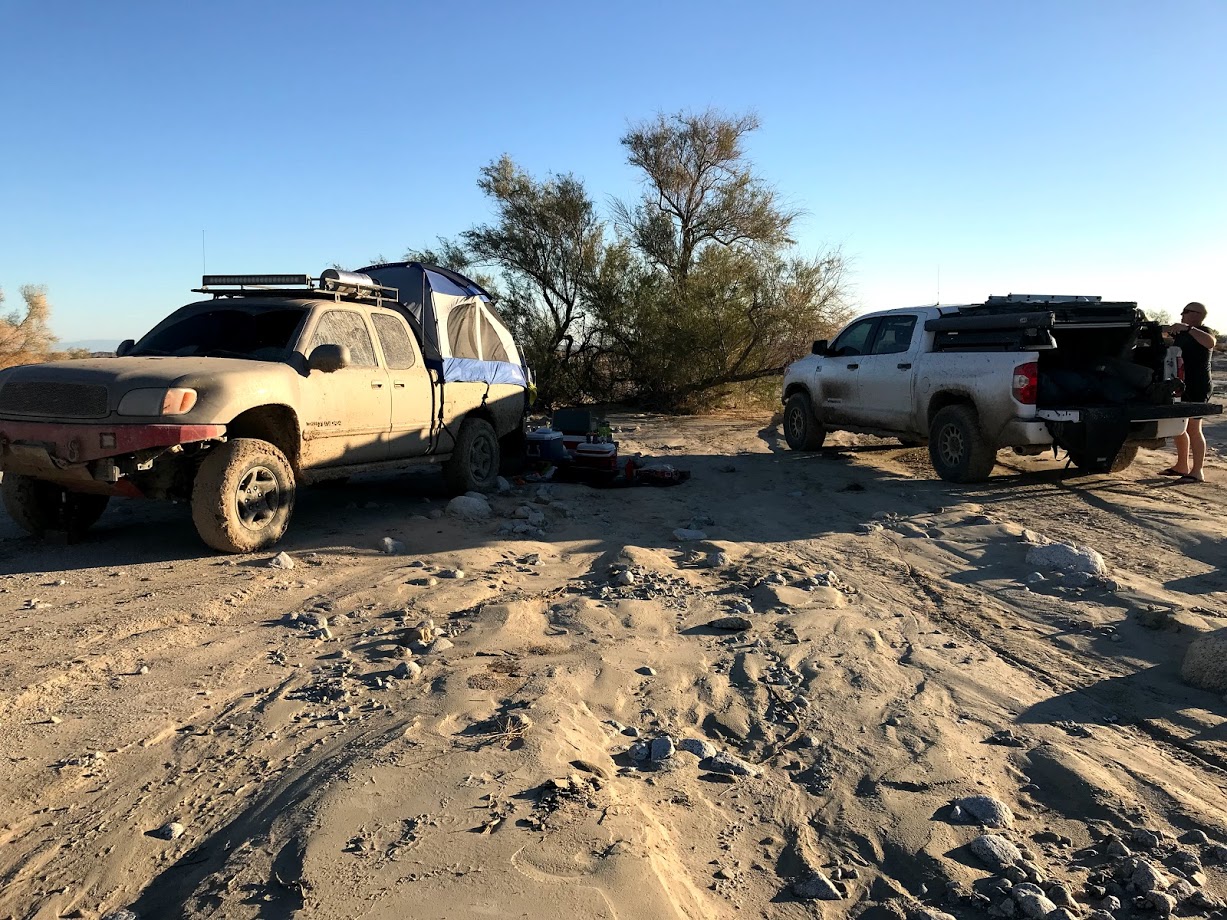 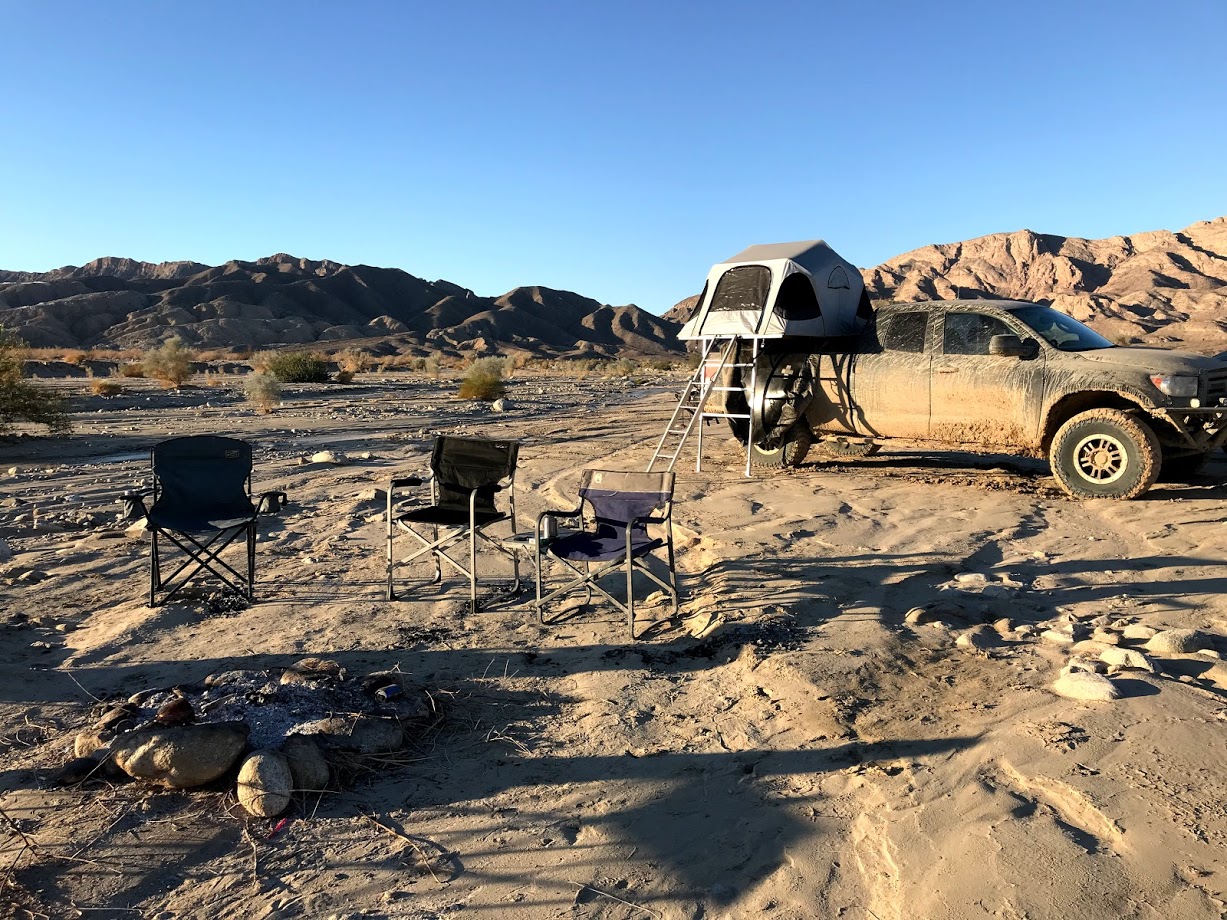 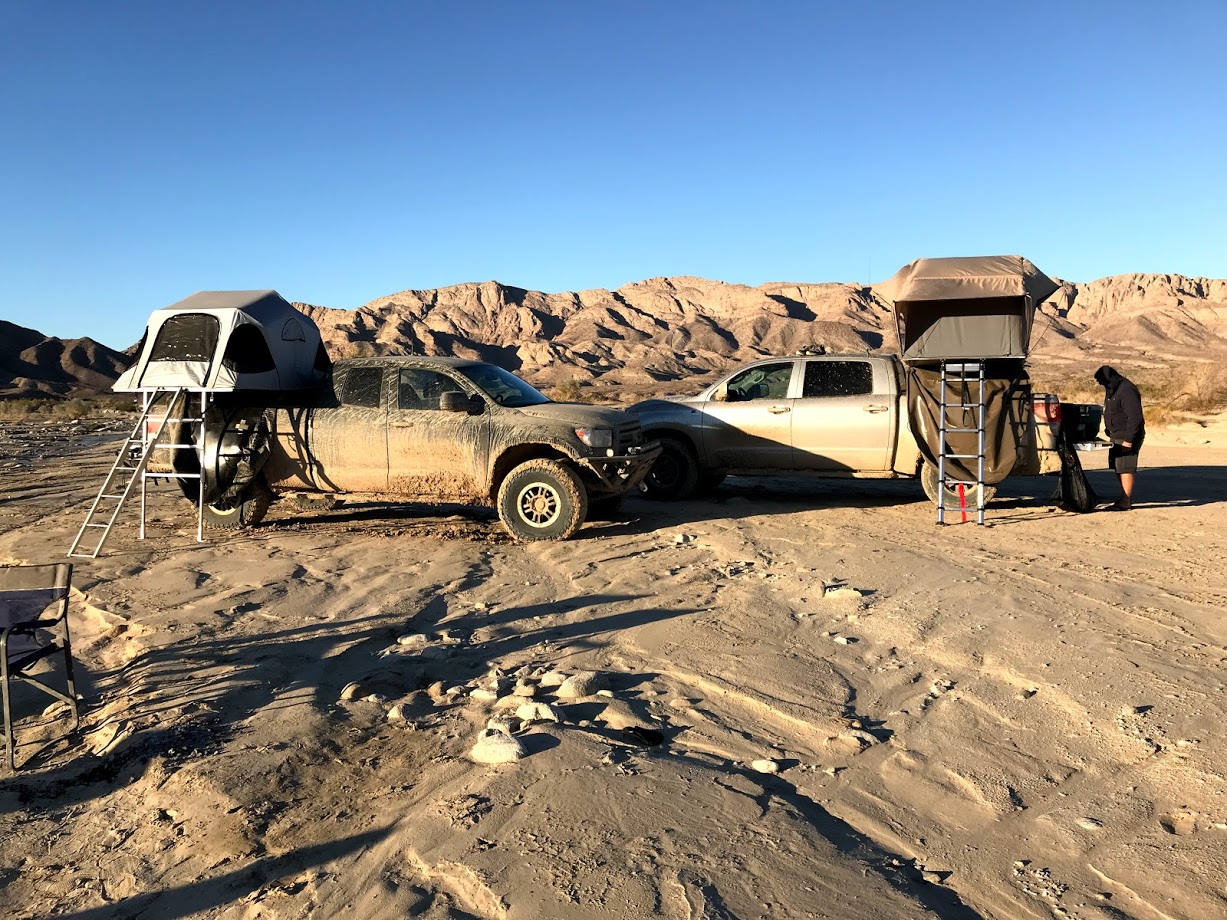 Sunday am drove the truck back to the pavement left it there and friend took me and my son home. 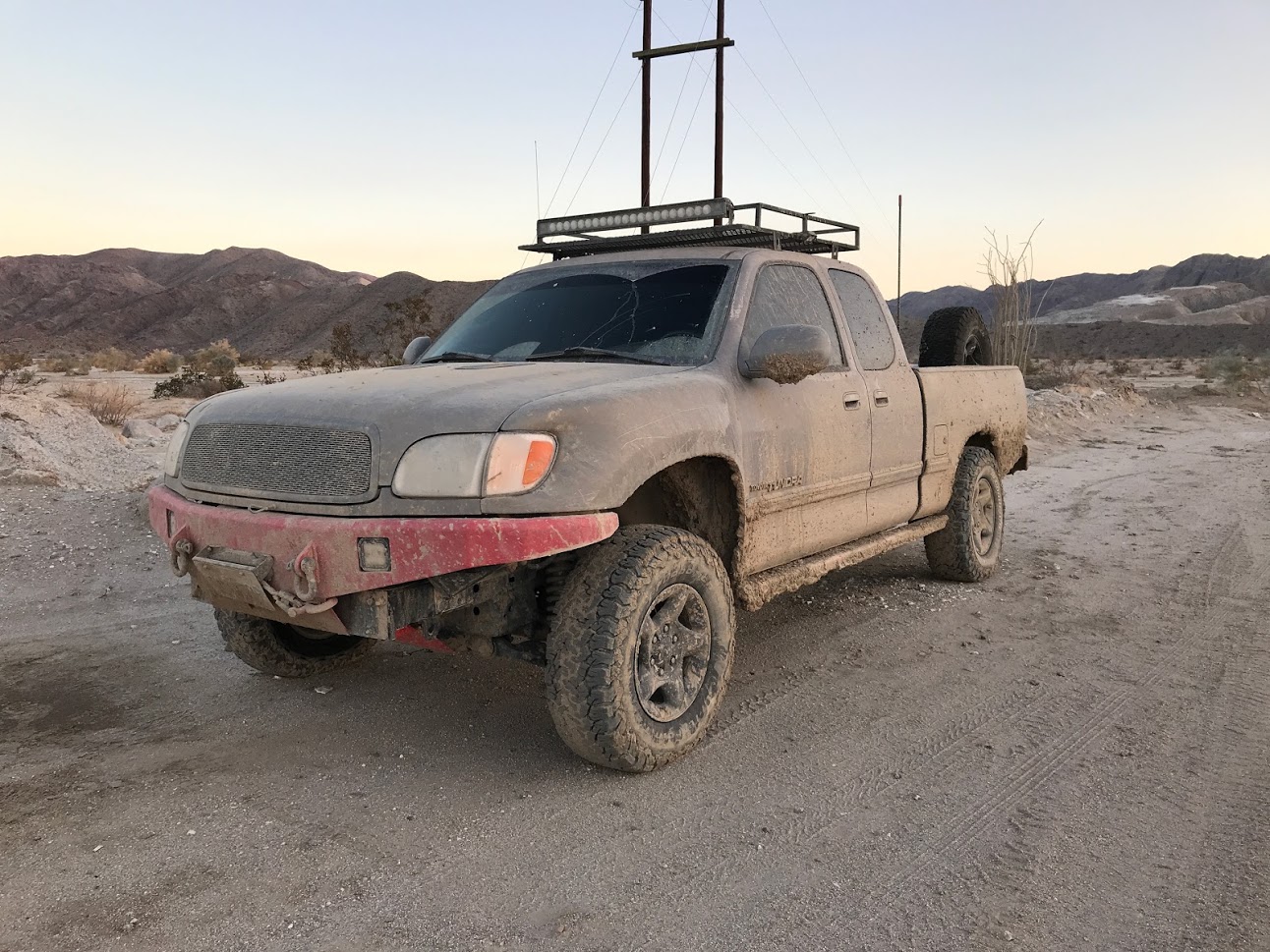 On the way picking up the truck 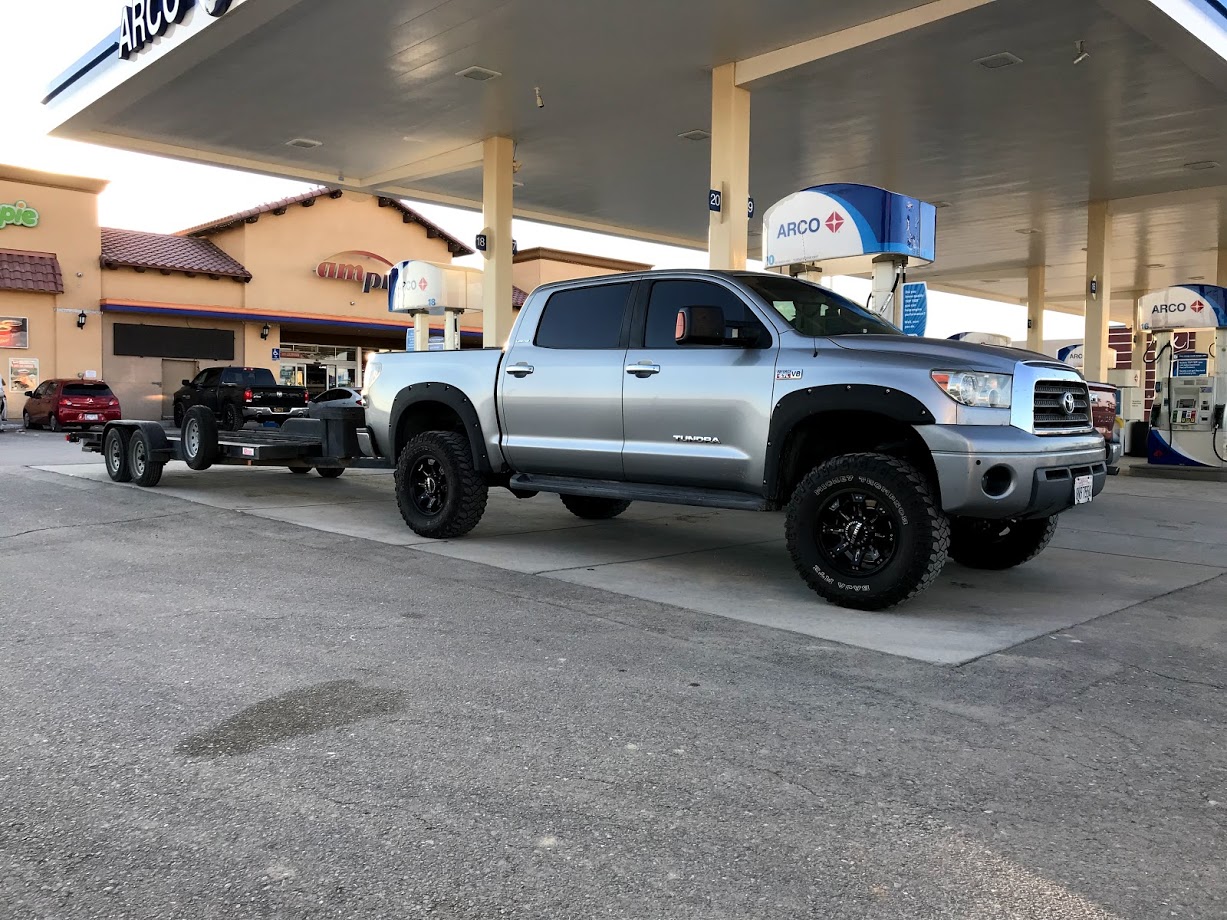 Loaded up and ready to go home. 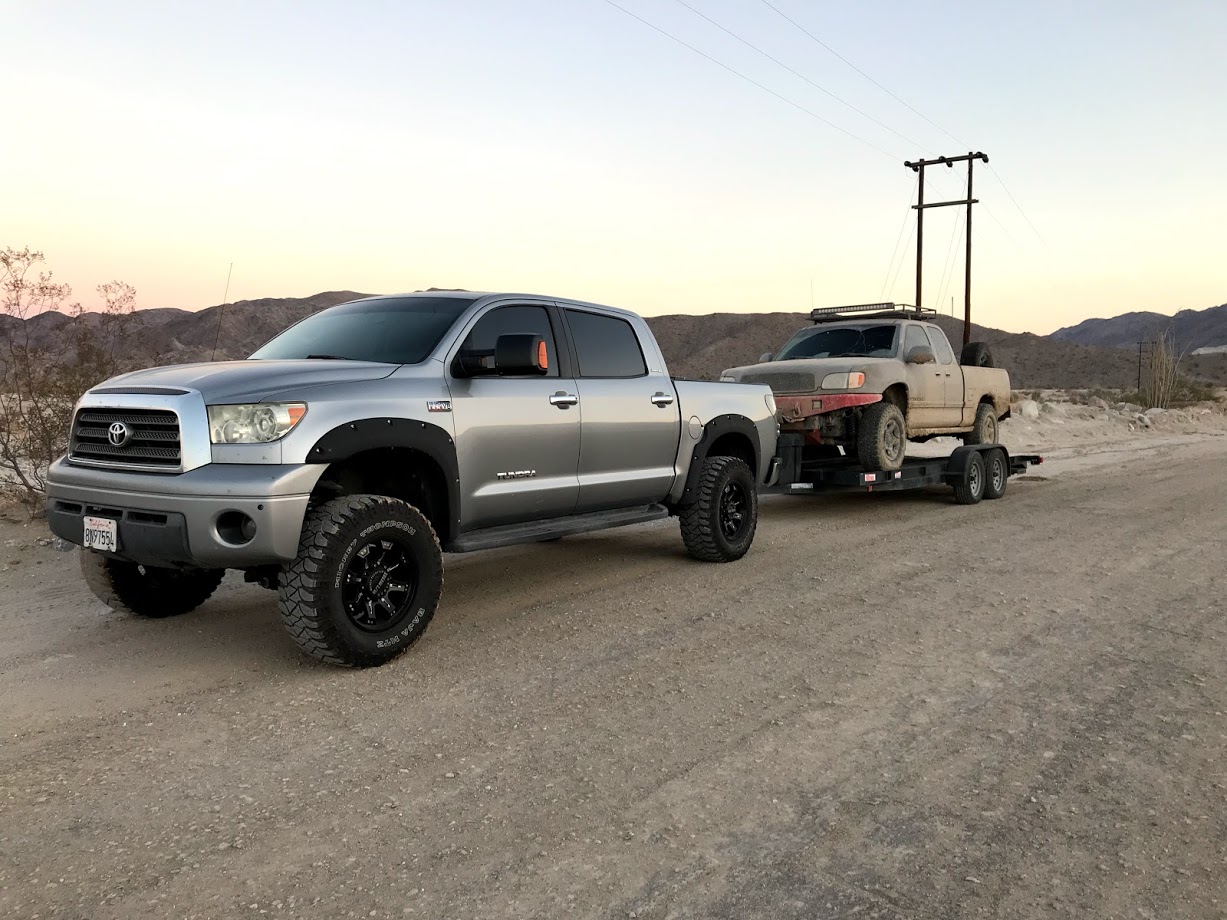 Safely got home and unloaded. 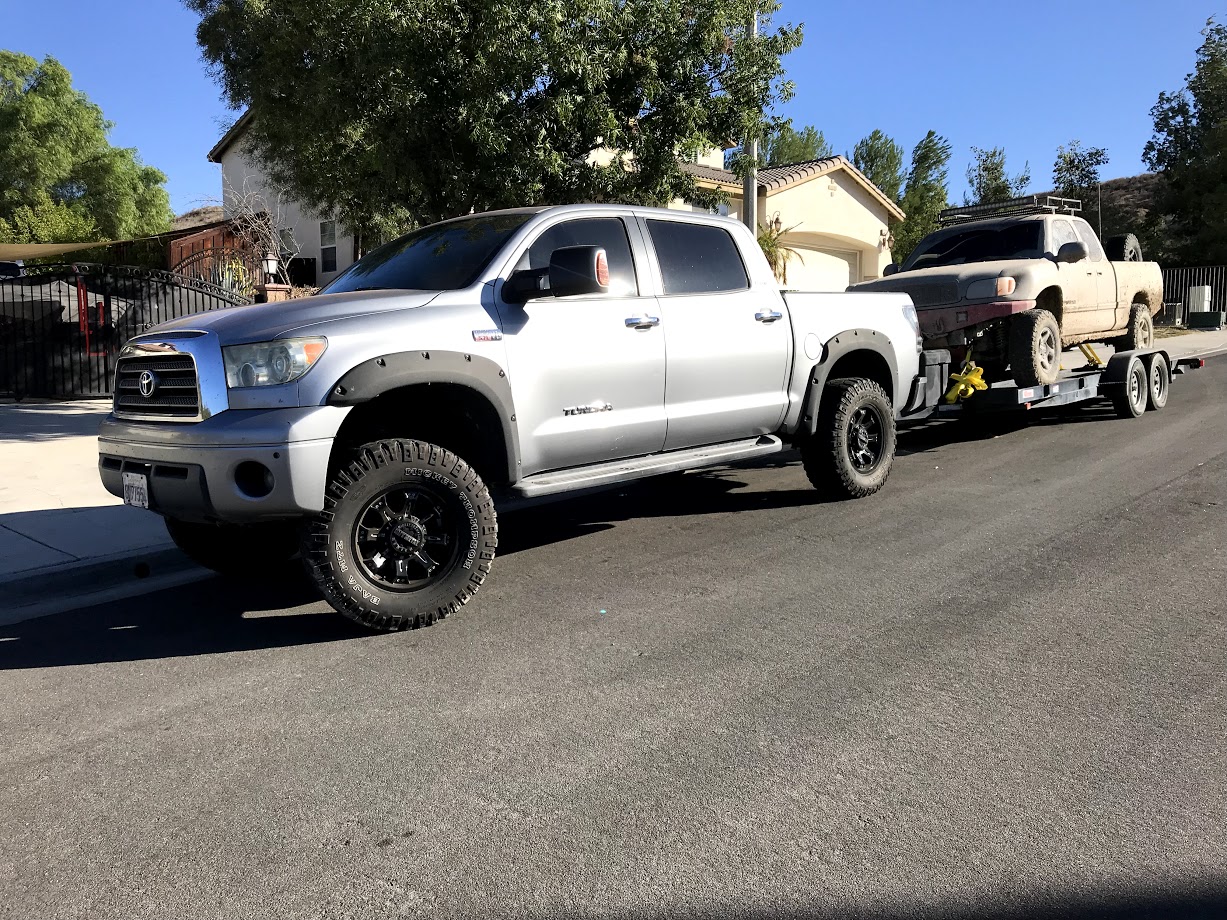 It is safely at the driveway, ready wrenching and prepare for next month another adventure!!! 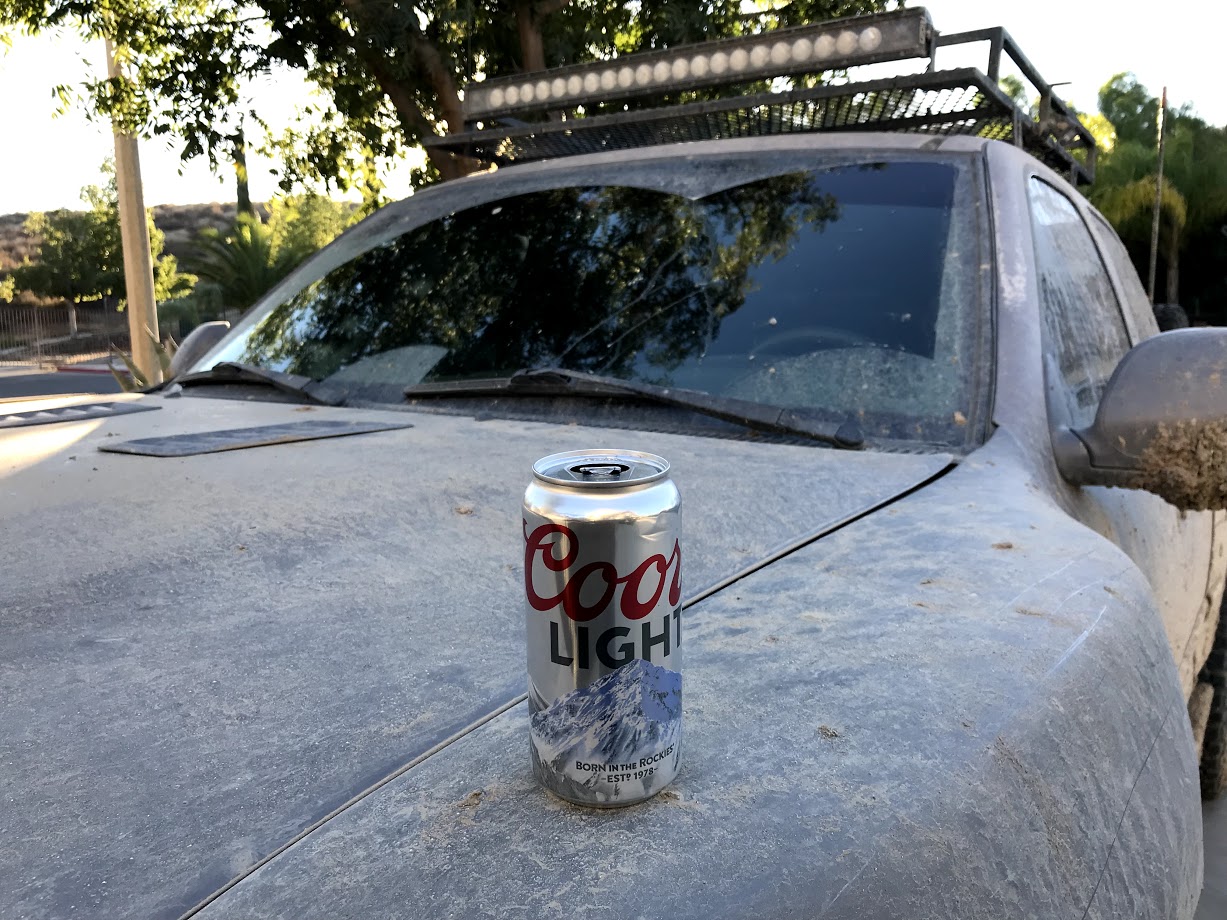 Wow that looks like a great time! I read they got like 1 1/2 inch of water /rain out there and that’s a lot in a short amount of time! Make sure you pressure wash your truck really well the soil/mud has a lot of minerals in it and will wear out parts fast!

You camped in my back yard so to speak, I have 20 acres just north of the mountains you camped by, east of Split Mt. road. I have spent 20 + years out there wheeling and ridding.... it’s a great place!
D

I drove thru yesterday, had to go to Havasu our and back yesterday. Lots of mud everywhere

Damn i sure miss off-roading out there.

What an ingenious trail repair

Great pictures, thanks for sharing. Crazy to see how deep that mud was in the wash! You guys really rough it! Makes me appreciate my toy hauler. I've missed several trips from my daughter running cross country so I know how you feel.

We were out there setting up camp
For the season. Didn’t get to do any off roading though. 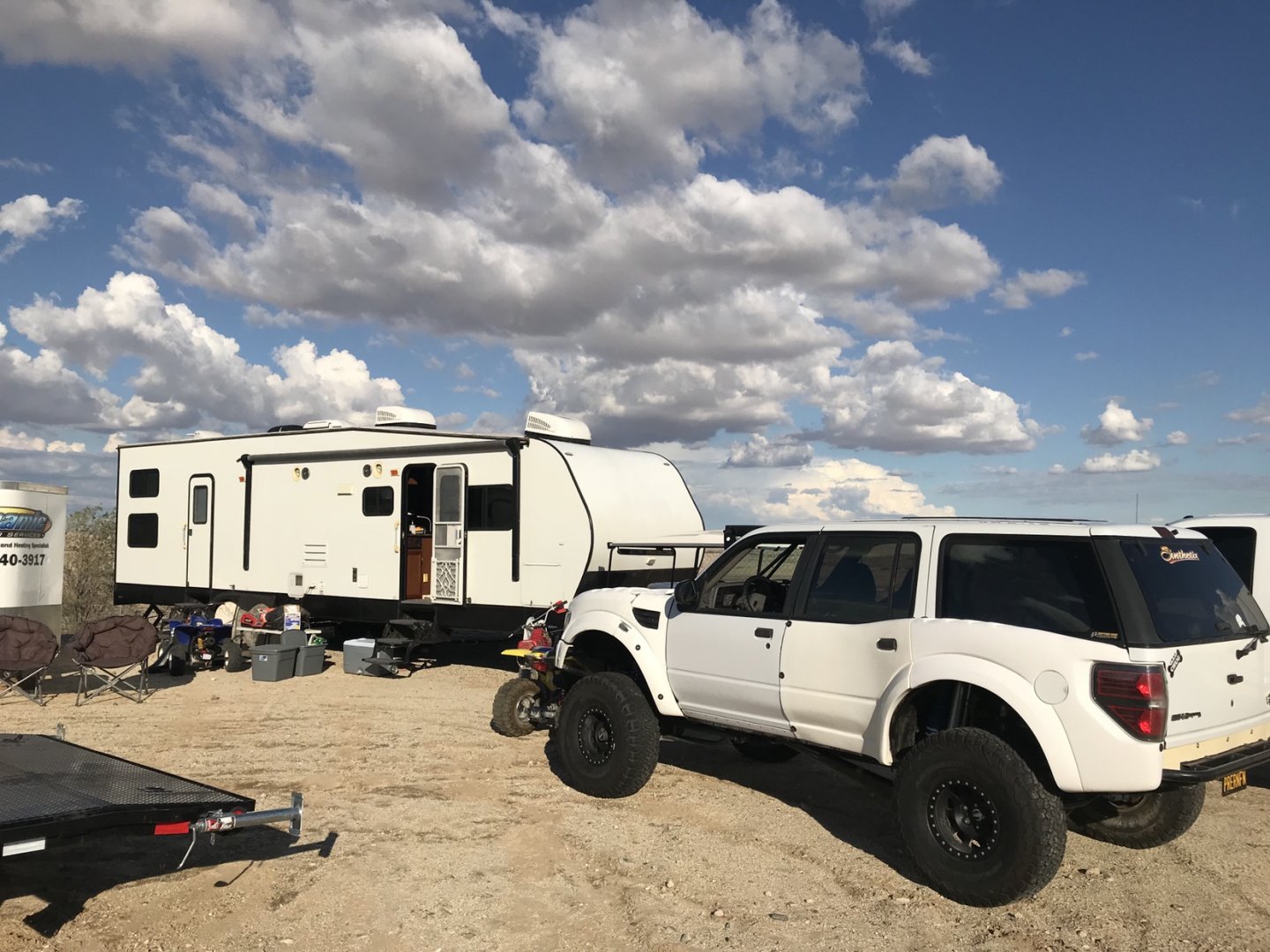 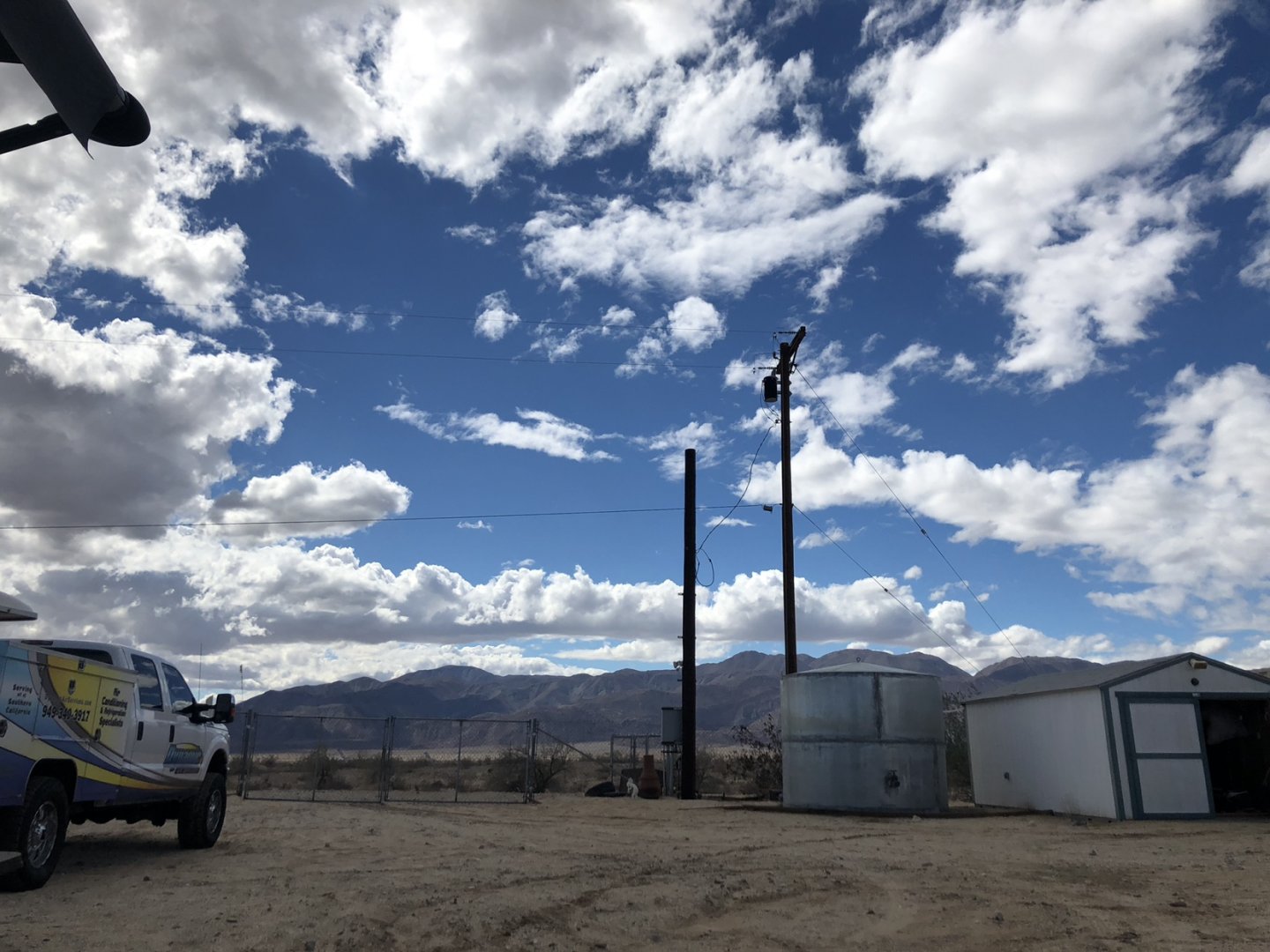 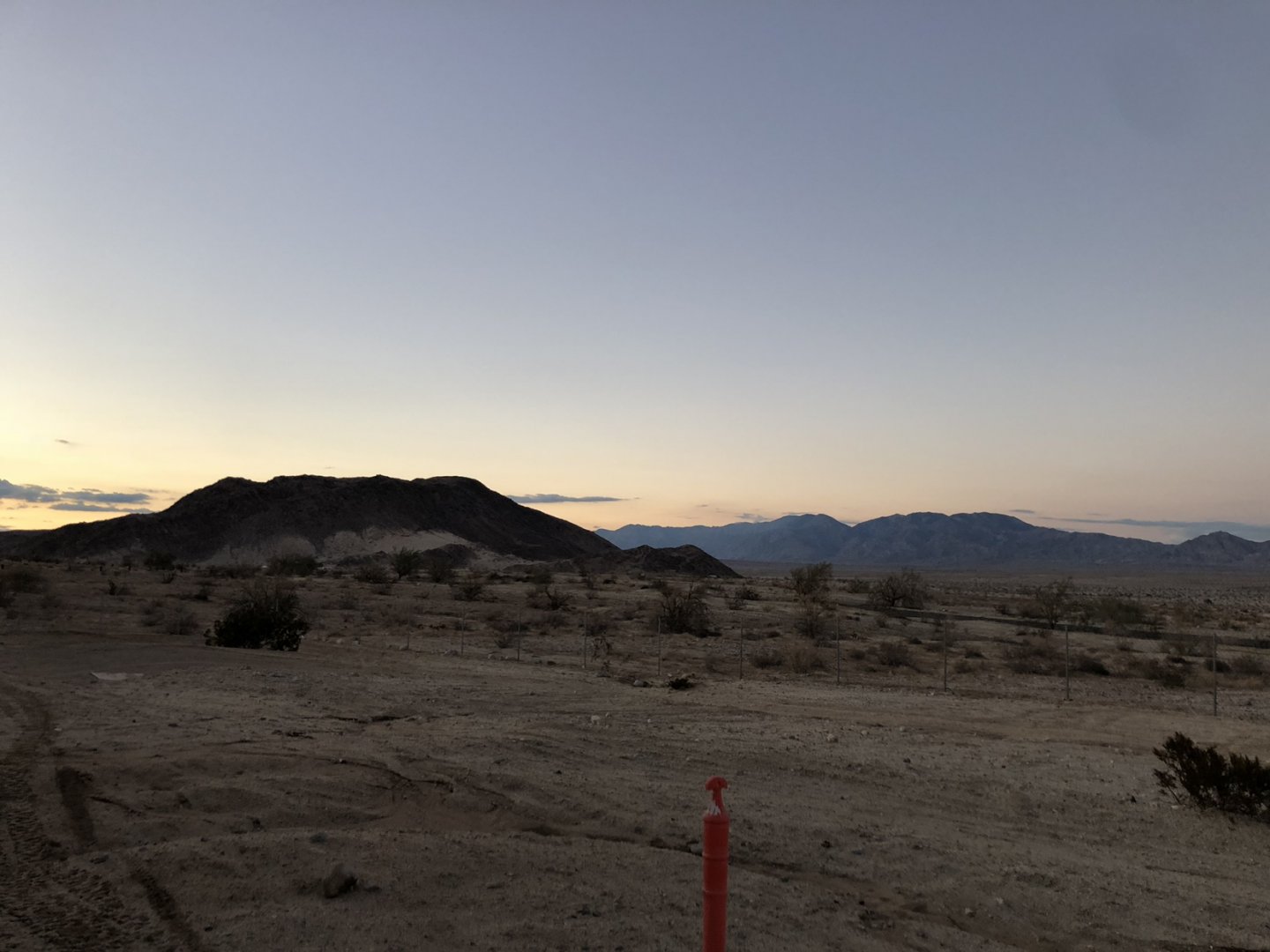