We lost a legend

I have a very heavy Hart, I lost a close friend today god speed Phil Bergeron . We in the vdrive world will miss you.
N

I heard that a couple hours ago

Just terrible. One of the last of the greats.

I didn't know the man, but over the years I've seen hundreds of posts recommending Phil as the go to v-drive guy in Phoenix.

Sent from my SM-N960U using Tapatalk

Definitely a kick in the nuts. He was a great guy I spoke with him on the phone several times and he was always very helpful and friendly. Wish I had a chance to meet him in person. Rest in piece Phil.

Damn what a shame. So much talent

Very sorry to hear this. He will be missed.

Phil was on the top shelf of the v-drive community. An Icon of the v-drive boating world. He was kind, generous, intelligent and caring. We will miss him greatly! Condolences to the Bergeron family! 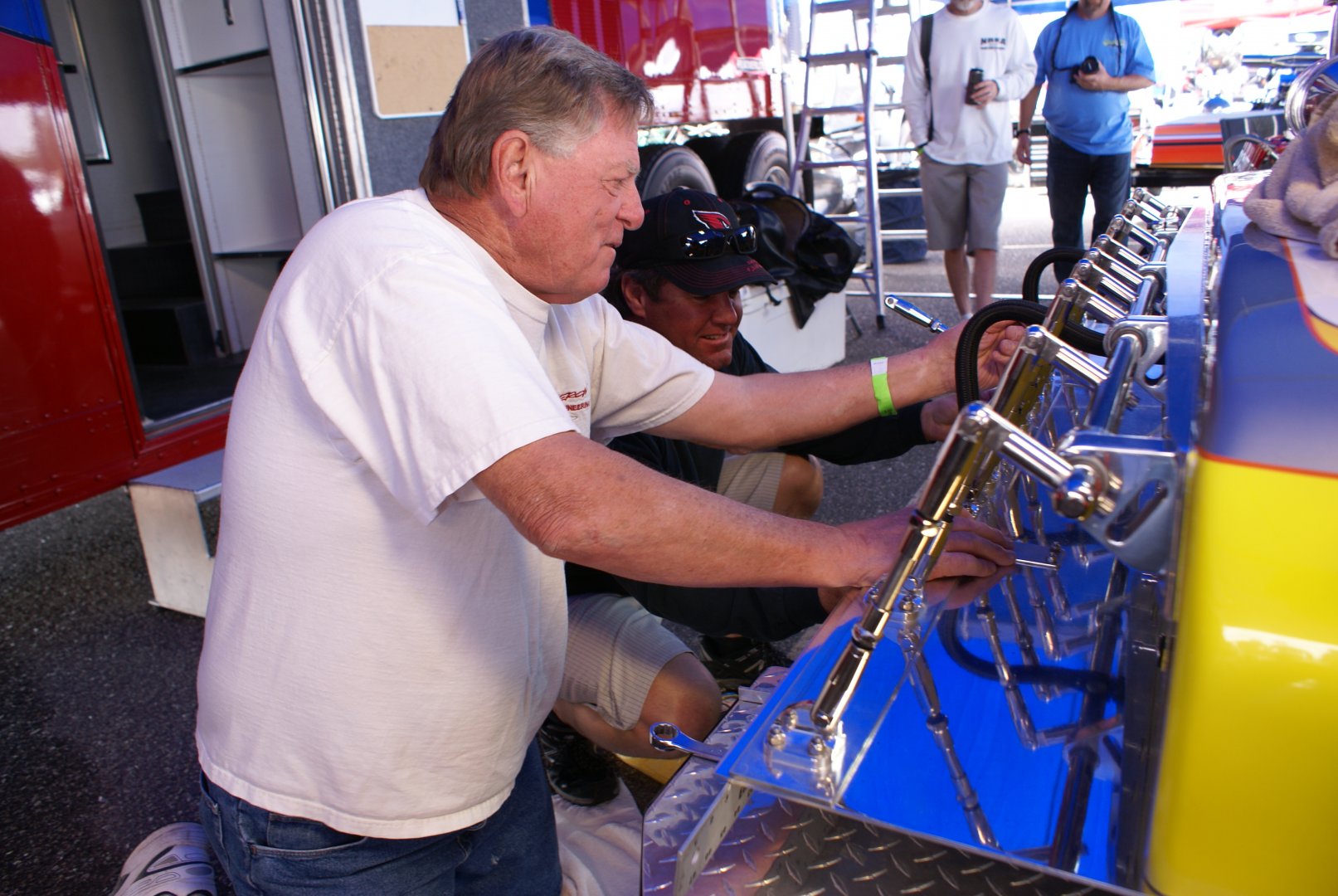 ...This was quite a while ago but I used to speak with Phils son on the phone quite a bit...now because of the time...I’m having trouble remembering Phils son’s name???...Anybody???...

Godspeed Phil.
Was always one of the first I’d call for v drive set up on my boats.
Incredible knowledge base and so giving of his time and information.

Condolences to the family... RIP 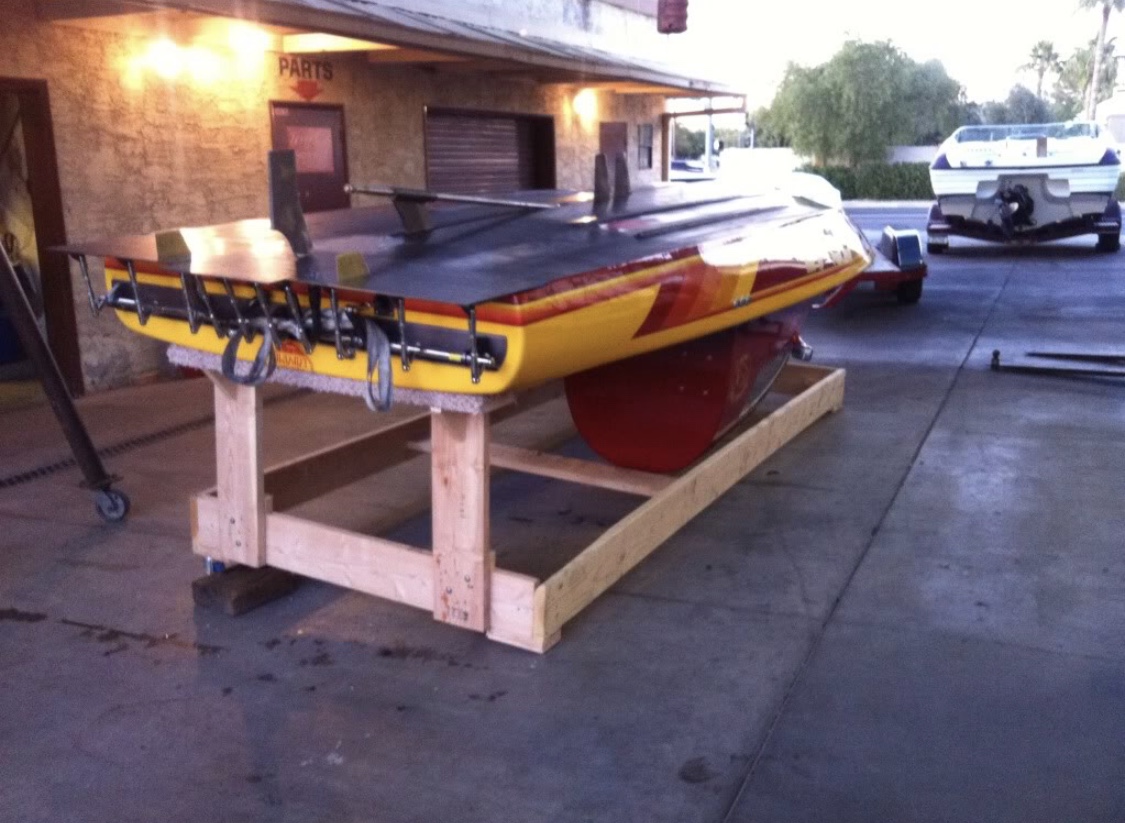 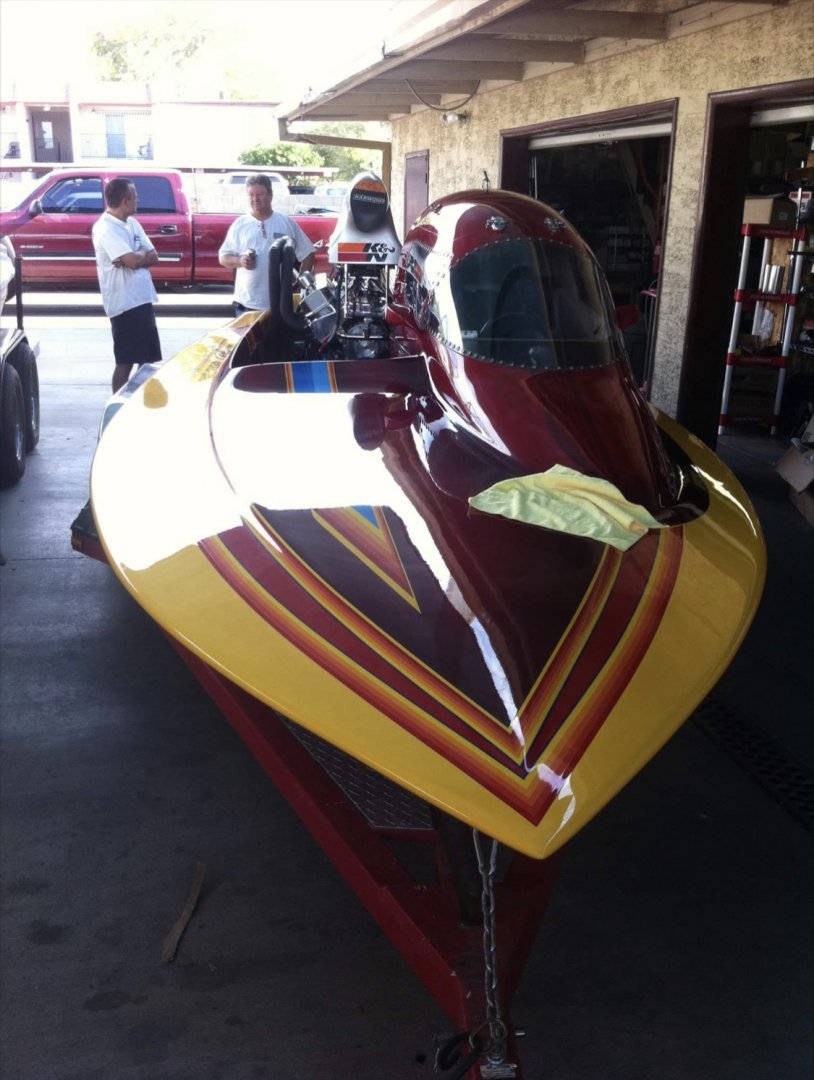 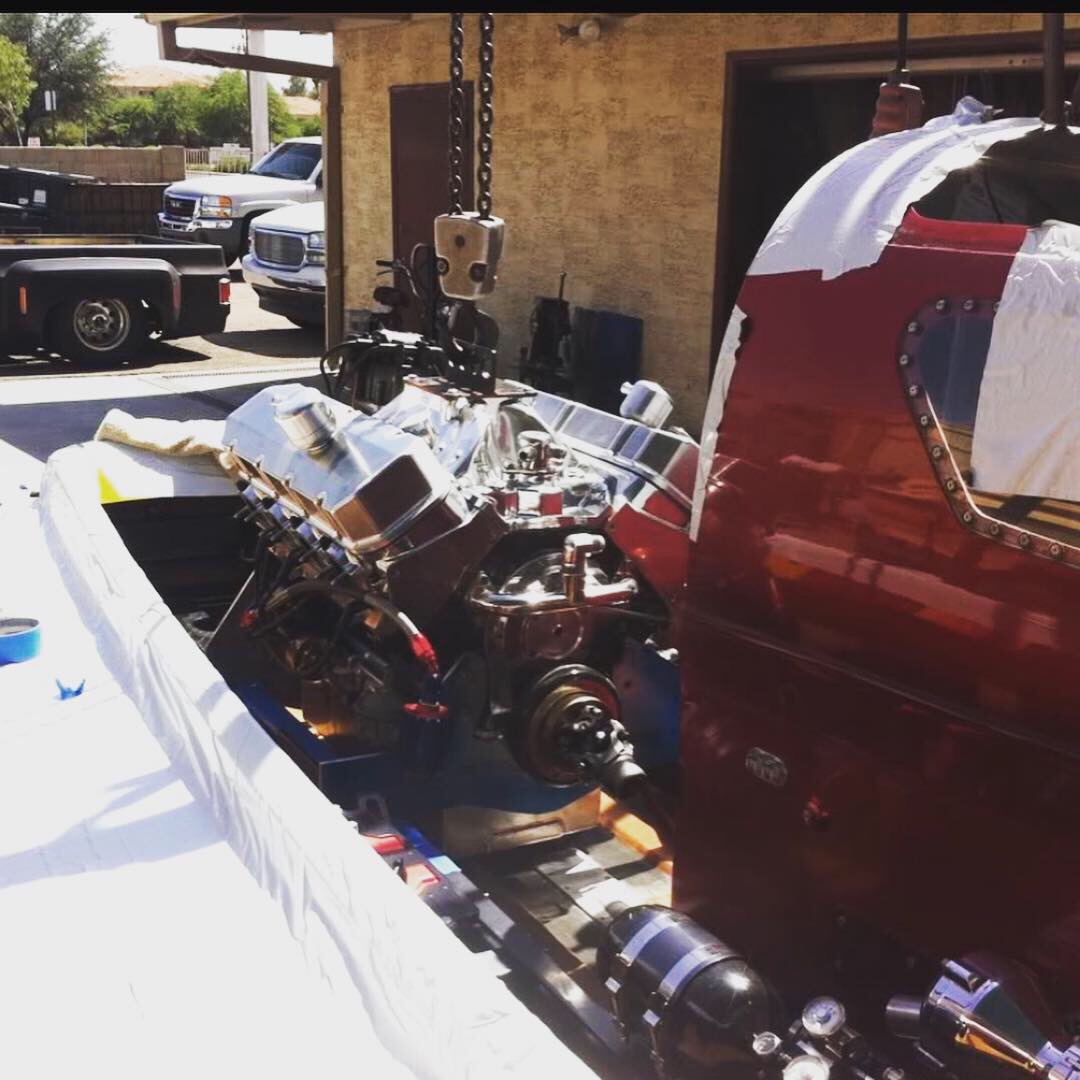 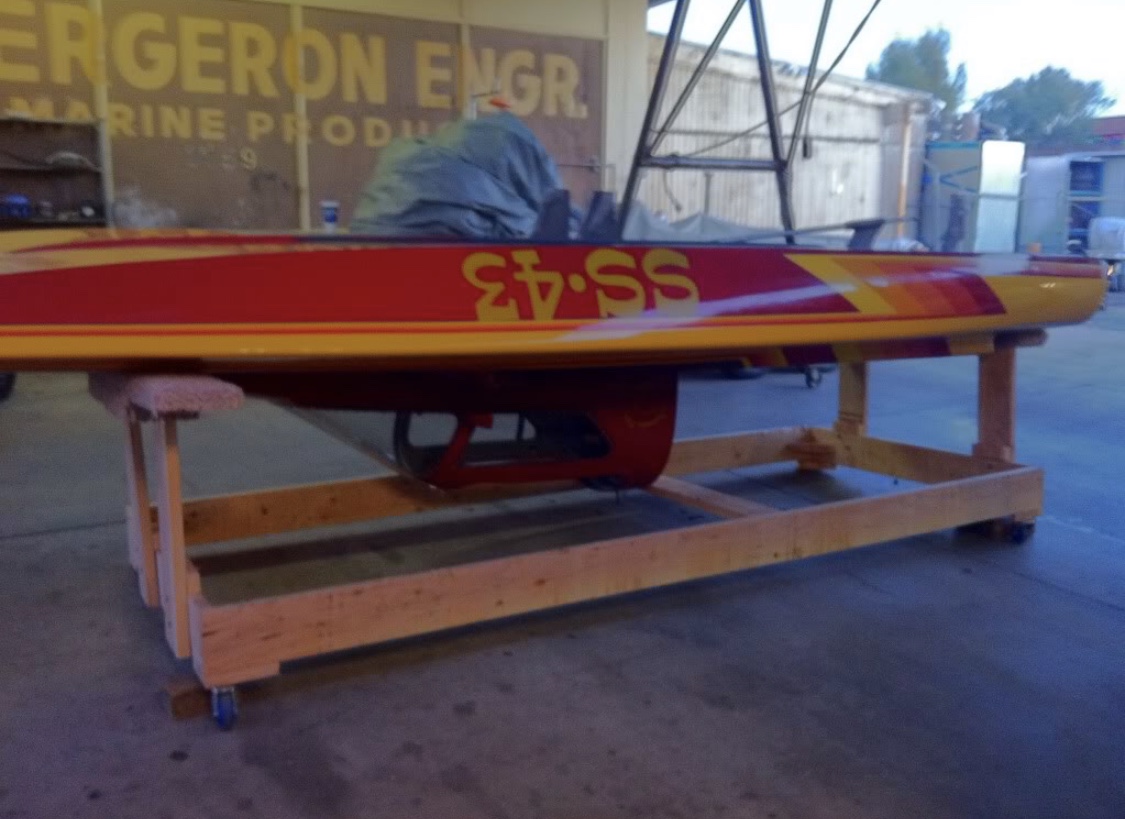 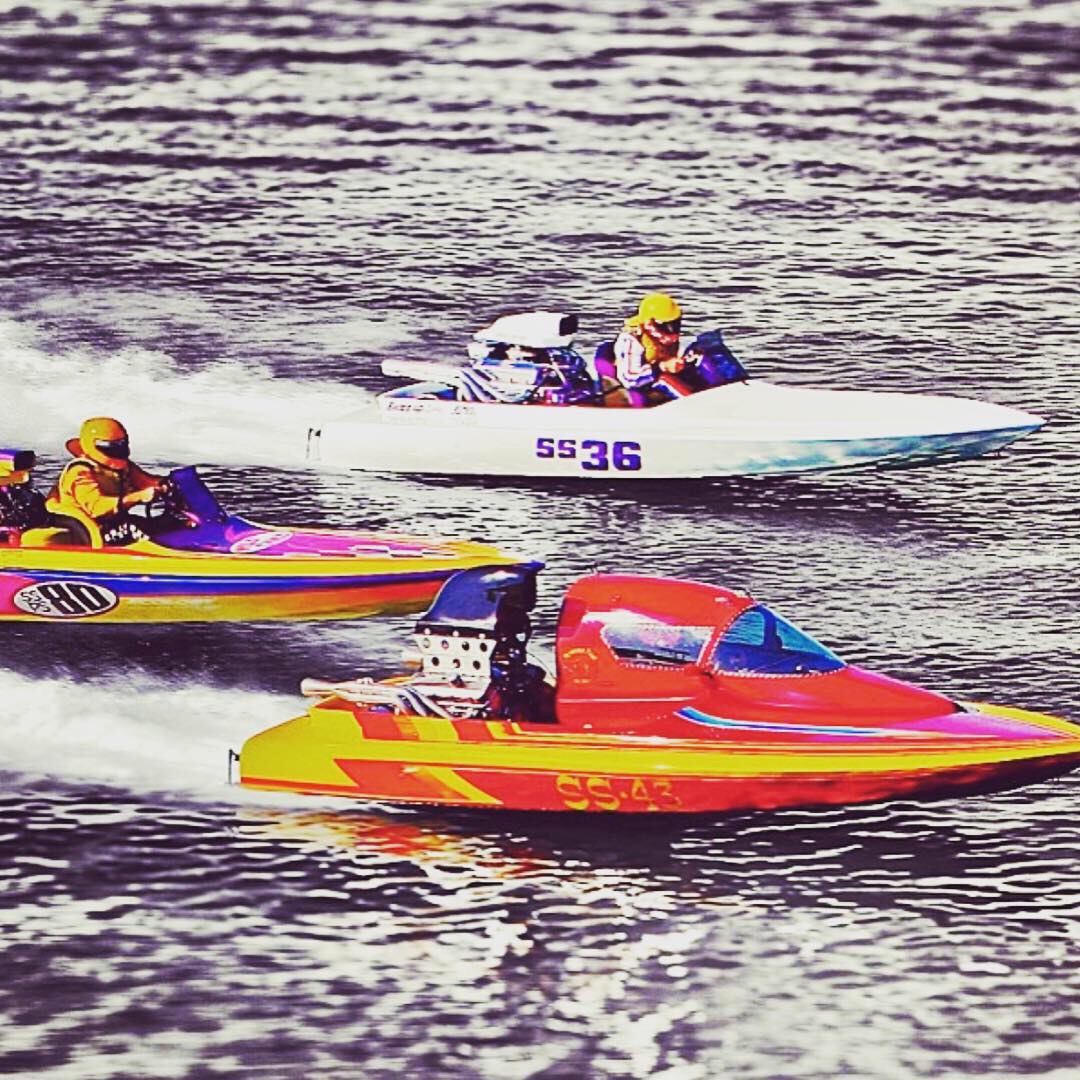 I went to ASU from out of state in 2012. Was working on a superstock boat at my house in Tempe. Phil let me leave it at the shop for wayy too long and build it from the ground up on nights off of school and saturdays. Lots of help from him and crew. I really had no idea what i was doing. A man above us all with kindness
Last edited: Apr 16, 2019

I spent a lot of time speaking to Phil and Brian. Phil was always super helpful. Even though I don't run a V-drive he was always happy to lend a hand and give me his input because I was doing something different, and he enjoyed helping someone do what hadn’t been done before.
Dang. What a bummer.
Rest peacefully, sir.
W

RIP Phil.
He was a solid guy for sure. He helped my Dad and I and my brother build a few boats years ago and he knew what worked and what didn't work. This sucks.
Drank a few Coors lights with him over the years in that old shop. We knew he had some health issues just pop up a little bit ago but damn.
God Speed Phil.

Sent from my SM-N960U using Tapatalk
B

RIP Phil
So sad, he will be missed buy so many.
JJ

RIP Phil . Lost a legend and asset to the boating world.

RIP Phil Helped my brother and I tremendously when we bought our first jet bote 30yrs ago. Was a go to guy for his knowledge, he will be missed.

RIP Phil. He was one of the main go-to guys for knowledge, parts and advice.

Always appreciating but never owning a V-Drive, I never met the man, but new of him for years. Sounds like not only was he a great source of information, he was a great friend to many people and will be greatly missed. Rest in Peace Mr. Bergeron.

The Best...He will be greatly missed

I'm so glad he is getting the recognition he so deserves. He could be crusty at times as most can when we age..we realize we don't have time to waste with some people...but if you got inside with him...and you could listen...it was like listening to a college professor. Brilliant mind and fabricator..and machinist and fun guy. He LOVED boats...and he really didn't care what kind. He would haunt garage sales for parts...he loved buying out boat business's and they're inventory..so when you called...he had it. A walk through his historic shop was like walking back to when I was a kid at my Dad's shop...The news yesterday was shocking because to me, he was bigger then life...so many of us Loved this man...when he spent time with you...you felt special. I remember last year at Long Beach...we have a street/bar party and Phil and Clyde Church were hot lapping the bar area...he saw me and knew I was his meal ticket at the bar...so we sat down at a table for a hour or so of his undivided attention and I felt like the prettiest hooker at the bar...I had Phil's full attention and that meant the world to me...RIP my friend..
Last edited: Apr 16, 2019

RIP Phil. I used to drag my boss's boat in for the annual service and when I first started going you would have never known that he owned the place. He was pretty down to earth and always helpful. What a bummer hopefully his kids have interest in continuing the legacy.

My thoughts with his family and friends

Even though I'm on the east coast Phil helped me with parts and knowledge. So sad to hear this, RIP.

Rip , what a legend

RIP Phil, we will all miss you greatly. Like Mike said sitting back and listening to him was like boat College

Rest in Peace Phil. You will always be remembered and thank you for everything!

old man on the lake

Phil Bergeron is unreplaceable.
Not too many know the scope and reach he has had in the boating world. Designing and manufacturing parts for people all over the world. He loved what he did and loved alot of the people he did it for. He saved so many people hundreds of hours with his knowledge.
I was fortunate to find him in 1979. Without his help not sure I would have built what I did. His critizisms were constructive and his compliments were gold.

Brian has been very capable going on decades. Phil has taught him well. The business will be just fine.

I will trully miss the Bergeron grief. What a great man.

We are slowing losing our legends and Icons.
T

Very sorry to hear this. Phil was one of the most knowledgeable technicians in the v-drive/flatbottom industry. Got to know him well as far back as the mid-1960s when we were both members of the Long Beach Boat & Ski Club.

Just Livin up to My Name

The Boating world has Lost a True Legend and he and his knowledge will surely be missed.

How many of you ever did the "Roll the Dice Deal" with him when it came time to pay your bill?
I remember him asking people if they felt lucky and he would gamble a portion or sometimes the whole bill on the roll of a pair of dice.
Super Great Guy for sure.
RIP Phil!!!!
W

Instigator said:
The Boating world has Lost a True Legend and he and his knowledge will surely be missed.

How many of you ever did the "Roll the Dice Deal" with him when it came time to pay your bill?
I remember him asking people if they felt lucky and he would gamble a portion or sometimes the whole bill on the roll of a pair of dice.
Super Great Guy for sure.
RIP Phil!!!!
Click to expand...

Yep we did some similar games to. I forgot about that.

Sent from my SM-N960U using Tapatalk

Another piece of Americana gone....A person that will not be replaced...RIP Phill!!!

Phil was always very helpful to me on my many V-drive projects. He always had time to answer my questions and always had or made the parts that I needed.
He will be missed.

I purchased two new Eliminator Daytona's through him, a 21 and a 25. They were both bare hulls. He rigged them and Dave Bryant (RIP) did the interiors. Both boats ran exceptional for their power and set-up. Phil just knew things and applied those things in a manner that made his work special. We had a group that did Roosevelt back in the day. Fond memories, our group owned the beach performance, most of the boats were products of his genius. Instigator was part of that special group of people as well.

As Rattle Can Lou stated, he could be crusty at times. He had no problem reminding you "Its time to listen, not time to talk" . He treated everyone like a friend.

God Speed Phil Bergeron...see you on the other side.

I bought my first boat from Phil back in 1995. Its was a 20` Hallett that he bought as a bare hull amd did all of the rigging on. The boat turned out great and I was thamkful that he was able to help me get into my first boat.

He was truly a legend amd will be missed by so many.

Phil was a great guy and will be missed by many. Thoughts and prayers to Brian and family.