Getting ready for the upcoming Punk in the Park festival.

Finally get to see these guys, but a day late, dollar short.

Call me a one trick pony.

Have fun tomorrow http404! Sounds like it will be a historic show

First concert ever, 1980 at the Forum

It sounded great, I only stood about 4.5' tall so I mostly listened

my grandaughter who just turnned 3 is in loma linda right now for skull surgery,this is from papa 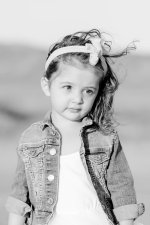 Riding the storm out, rock you like a hurricane

This was the most epic show I've ever been to.

F* me, I signed up for Paramount but they didn't stream the LA show.

HTTP404 said:
This was the most epic show I've ever been to.

C-2 said:
F* me, I signed up for Paramount but they didn't stream the LA show.
Click to expand...

Disappointing for sure. Being and LA band you would've thought.
F

C-2 said:
F* me, I signed up for Paramount but they didn't stream the LA show.
Click to expand...

That fucking sucks. We saw conflicting info on streaming for this. I was hoping to come home and watch it on the tele.

He’s made this promise/threat in the past and it has resulted in three-hour, hit, cover and rarities-filled sets, especially during the San Fernando Valley band’s shows in venues scattered throughout its native Southern California.

But, Tuesday night was different.

This night was a six-hour, musician-filled rock marathon that celebrated the life of the band’s late drummer Taylor Hawkins, who died at the age of 50 on March 25 while the band was on tour in Bogotá, Colombia. Though fans around the world were able to tune into the livestream of the band’s first star-studded tribute concert at Wembley Stadium in London on Sept. 3, Tuesday night in Inglewood was for the local fans, friends and family members who knew and loved Hawkins.


1 of 9
Pop star Pink, left, and Queen’s Brian May, perform during the Taylor Hawkins Tribute Concert at the Kia Forum in Inglewood on Tuesday, Sept. 27. (Photo by Andrew Stuart)
“This is the hometown (expletive), so you gotta make it loud for Taylor tonight,” Grohl said as he addressed the crowd following his daughter, Violet Grohl, opening the evening with a chill-inducing cover of Leonard Cohen’s “Hallelujah” with Alain Johannes (Eleven, Queens of the Stone Age, Them Crooked Vultures) on guitar. Grohl said the band wanted to pay tribute to Hawkins “in a way you could spend some time in his musical mind … which could be a terrifying place.”

The evening did feel much like one would imagine a playlist Hawkins curated would sound like. While we mere mortals would be lucky to have someone put together a song or two to honor our lives at our wake, Hawkins got the best of the best in the music industry to come together for two huge shows. These events celebrated the life of someone so dedicated to his craft that while he was in one of the biggest rock bands in the world, he still played in several side projects including Chevy Metal, Taylor Hawkins and the Coattail Riders and NHC.

While there were plenty of tears shed from those on stage and off, as well as several voices cracking as certain lyrics were belted out, it was definitely a more happy than somber occasion with countless collaborations. The future of the band remains unknown, but it was nice to see Grohl, along with guitarists Pat Smear and Chris Shiflett, bassist Nate Mendel and keys player Rami Jaffee, come together again and rip through 53 songs to honor their bandmate and brother, as well as uplift his family — Hawkins’ wife Alison and the kids, Shane, Annabelle and Everleigh, who were all in attendance.

It was a long night with a lot of players and moving parts, but here are some of the highlights from the Taylor Hawkins Tribute Concert, which was filmed and will be available sometime in the future.

Though Grohl lovingly called Hawkins “the king” of all of the drummers in the house, it was drum kit royalty. Hawkins’ childhood hero, Stewart Copeland of The Police, jumped on the kit for “Next to You” and “Every Little Thing She Does is Magic,” the latter of which also included Hawkins’ childhood friend, Laguna Beach native and Yes vocalist, Jon Davison.

Blink-182’s Travis Barker, who first met Hawkins when he was working as a garbage man in Laguna Beach, joined members of the Foo Fighters and Joan Jett for “Cherry Bomb,” “Bad Reputation” and he later came out to play on the Foos’ song “Walk.”

Josh Freese, noted studio drummer and longtime anchor for Huntington Beach-based punk band The Vandals, was on deck for the Foo Fighters’ “All My Life,” sat in with The Coattail Riders for a trio of songs and played a pair of Van Halen covers.

There were generations of music fans gathered on stage and some of the biggest moments came courtesy of the offspring of rock royalty. Rufus Taylor, the son of Queen’s Roger Taylor, appeared multiple times throughout the evening including playing through multiple Queen songs and and Foo Fighters’ “Best Of You.” During the breakdown of that latter song, Grohl singled out Taylor, who seemed overcome with emotion as the crowd cheered him on and he placed his head in his hands, covering his eyes for a few seconds before shaking it off and getting right back into the song.

Eddie Van Halen’s son, guitarist Wolfgang Van Halen, who has his own successful band Mammoth WVH, joined Grohl, Freese and The Darkness vocalist Justin Hawkins and shredded through covers of “Panama” and “Hot for Teacher.”

One of the biggest moments from the Wembley livestream was when Hawkins’ 16-year-old son Shane jumped on the kit for the Foos’ “My Hero.” He delivered a passionate performance and was supported by the rest of the band as he tore through the drum-heavy track in front of thousands of fans live. He reprised the performance Tuesday night, once again nailing it, but further proving he’s a chip off the old block as the band transitioned into “I’ll Stick Around,” with Hawkins leading the charge.

Grohl’s 16-year-old daughter, Violet, was also able to showcase her vocal talents throughout the evening as she not only opened the show with a difficult spotlight solo, but came out several times to sing backup on a variety of songs.

There were more women on this bill than there have been on almost any recent music festival lineup. It’s clear that Hawkins’ liked his rock ‘n’ roll and it wasn’t gender specific. Joan Jett cried as she talked about Hawkins before blasting through her two songs and pop singer-songwriter Kesha was an all-around badass as she covered David Bowie’s “Heroes” while seamlessly battling a wardrobe malfunction.

Miley Cyrus joined members of Def Leppard and Foo Fighters to sing Def Leppard’s “Photograph” and Heart guitarist Nancy Wilson and pop singer Pink joined forces for Heart’s “Barracuda.” The Pretty Reckless singer Taylor Momsen held her own through a pair of Soundgarden covers, “The Day I Tried to Live” and “Black Hole Sun,” alongside guitarist Kim Thayil of Soundgarden and bassist Krist Novoselic of Nirvana.

While Pink absolutely slayed singing “Somebody to Love” with members of Queen, Alanis Morissette, who Hawkins drummed with before joining Foo Fighters, stole the show and had the entire venue screaming along to “You Oughta Know.”

There were so many big names in attendance it would be a shorter list to note who wasn’t there. Actor and Tenacious D vocalist Jack Black introduced Geddy Lee and Alex Lifeson of Rush, who were joined by Grohl on drums for “2112 Part I: Overture,” Chad Smith for “Working Man” and Danny Carey for “YYZ.”

Guitarist Elliot Easton of The Cars paired up with Them Crooked Vultures and Queens of the Stone Age frontman Josh Homme for “Shake It Up” and “Just What I Needed” and Classless Act vocalist Derek Day led Mötley Crüe’s Nikki Sixx and Tommy Lee, along with the rest of the Foo Fighters, through “Live Wire” and “Home Sweet Home.” Led Zeppelin’s John Paul Jones played a few songs with Them Crooked Vultures and the Joe Walsh-led James Gang reunited once again for a few songs, including “Funk #49.”

“Didn’t see that one coming, did ya,” Grohl asked the crowd, which cheered in response.

The show was six-hours of nonstop rock and roll that ended just around 1 a.m. and, according to just about everyone who graced the stage, “Taylor would have loved this.”

“We as his friends and his family and everyone on this side of the stage, we thank you very much for coming out and sharing all of this joy for Taylor tonight,” Grohl said.

mobldj said:
my grandaughter who just turnned 3 is in loma linda right now for skull surgery,this is from papa

I hope everything worked out. SHe's a doll...

Going to be hard to top this one.

My favorite number of the night.

HTTP404 said:
My favorite number of the night.

She killed it on Black Hole Sun too

Except for the Foo Fighters, I think the Rush set was awesome and they were the best. Notice how it was only Geddy/Alex (Grohl/Smith/other guy)?

I'm sure mixing that concert so everybody sounded good was near impossible.

C-2 said:
Except for the Foo Fighters, I think the Rush set was awesome and they were the best. Notice how it was only Geddy/Alex (Grohl/Smith/other guy)?

I'm sure mixing that concert so everybody sounded good was near impossible.
Click to expand...

I know, I know but I sort of dig this cat, whatever huh. Anyways try it ourt maybe youll dig him , Post Malone

Not So Fast said:
I know, I know but I sort of dig this cat, whatever huh. Anyways try it ourt maybe youll dig him , Post Malone

You see that nasty fall he took on stage?

This Justin Hawkins guy is a pretty good performer.

HTTP404 said:
My favorite number of the night.

Love me some Cindy Lou Who.

That Dave dude’s OK too.

While watching my bartender decorate.

Wow. Look what popped up while fixing dinner.
Might delve a bit deeper later.

Sorry, still getting this show out of my system.