Being greeted by a special edition Riva open powerboat and treated to the rolling out of a “movie star” red carpet this autumn upon entering the 2022 Cannes Yachting Festival (CYF) along the famed La Croisette promenade… my initial thought was, “Dropping a grand on the Lufthansa flight across the pond maybe wasn’t such a bad idea.”

Calling it a yachting festival and not a boat show was a good indication as to the utter opulence on exhibit and honestly, I wasn’t certain how many IF ANY of the 530-plus pleasure seekers mostly of megayacht and superyacht status would fit the high-performance profile.

Drooling my way down the red carpet, the first thing I discovered on day one was even though we were in the protected harbor of Le Vieux Port (the Old Port) in the South of France… the Italians stole the show! From the welcoming Riva to the RIB (rigid inflatable boat) bonanza to the carbon-fiber fixations I later found in the crowd, the Made in Italy trademark gloriously conquered La Croisette. 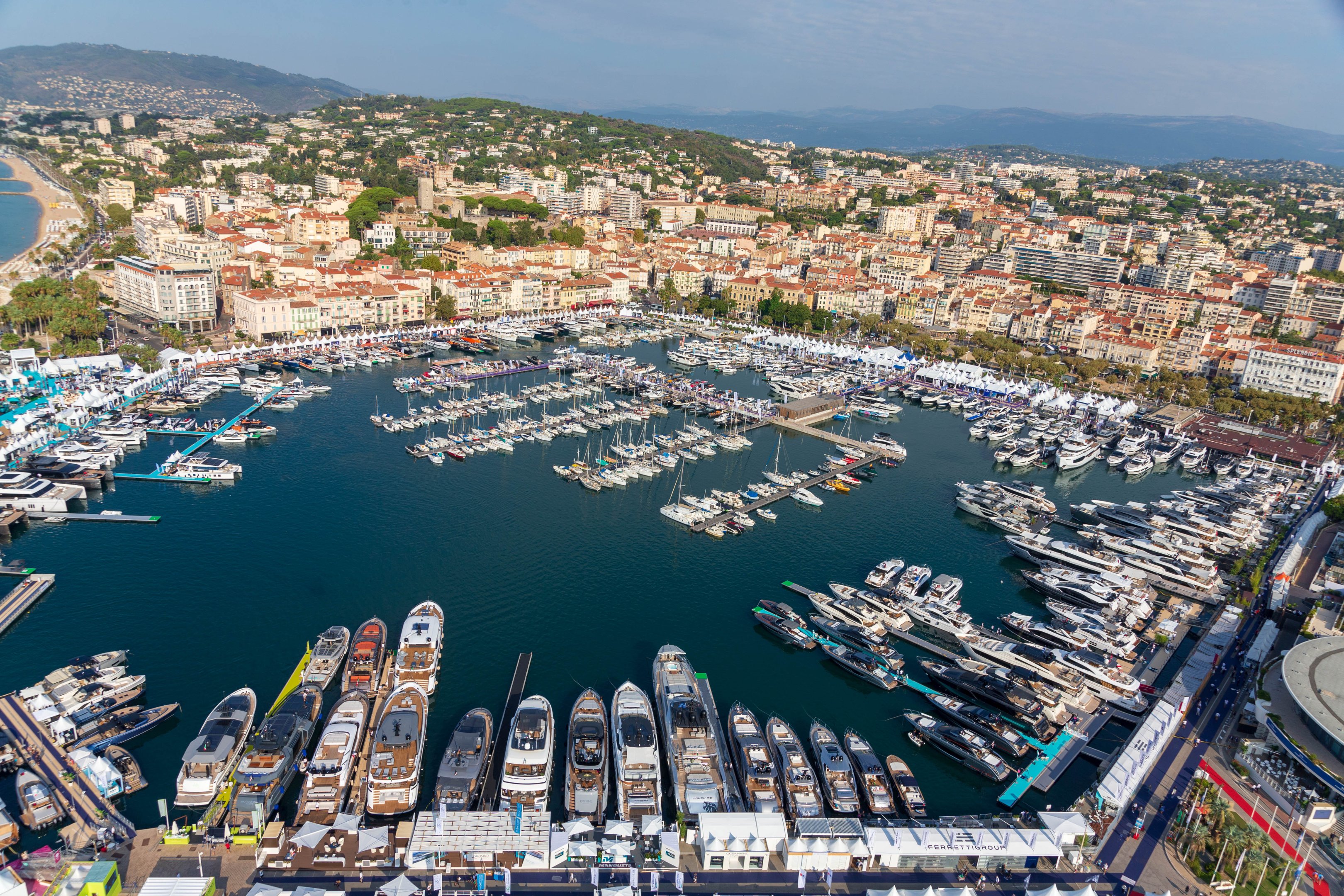 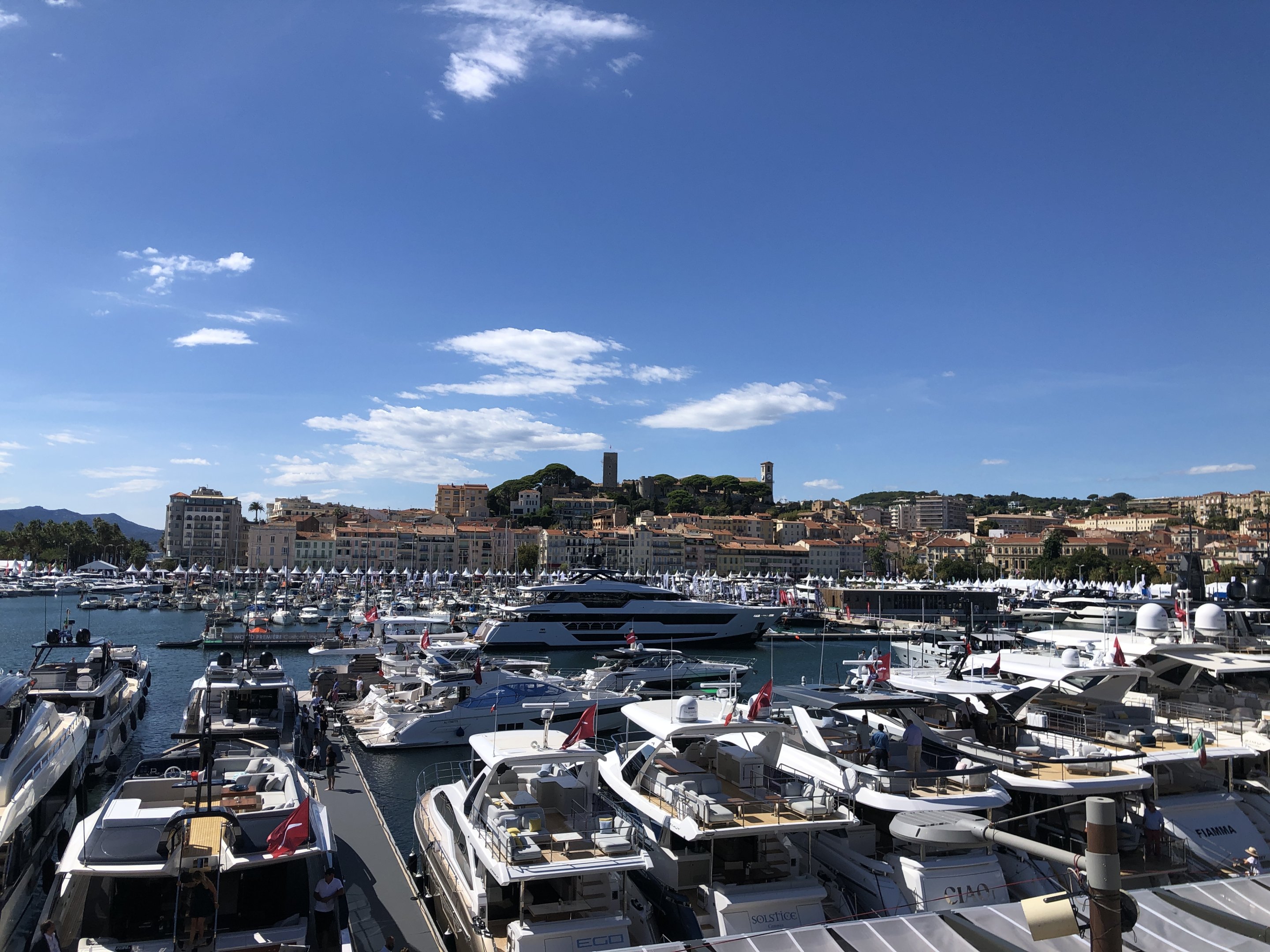 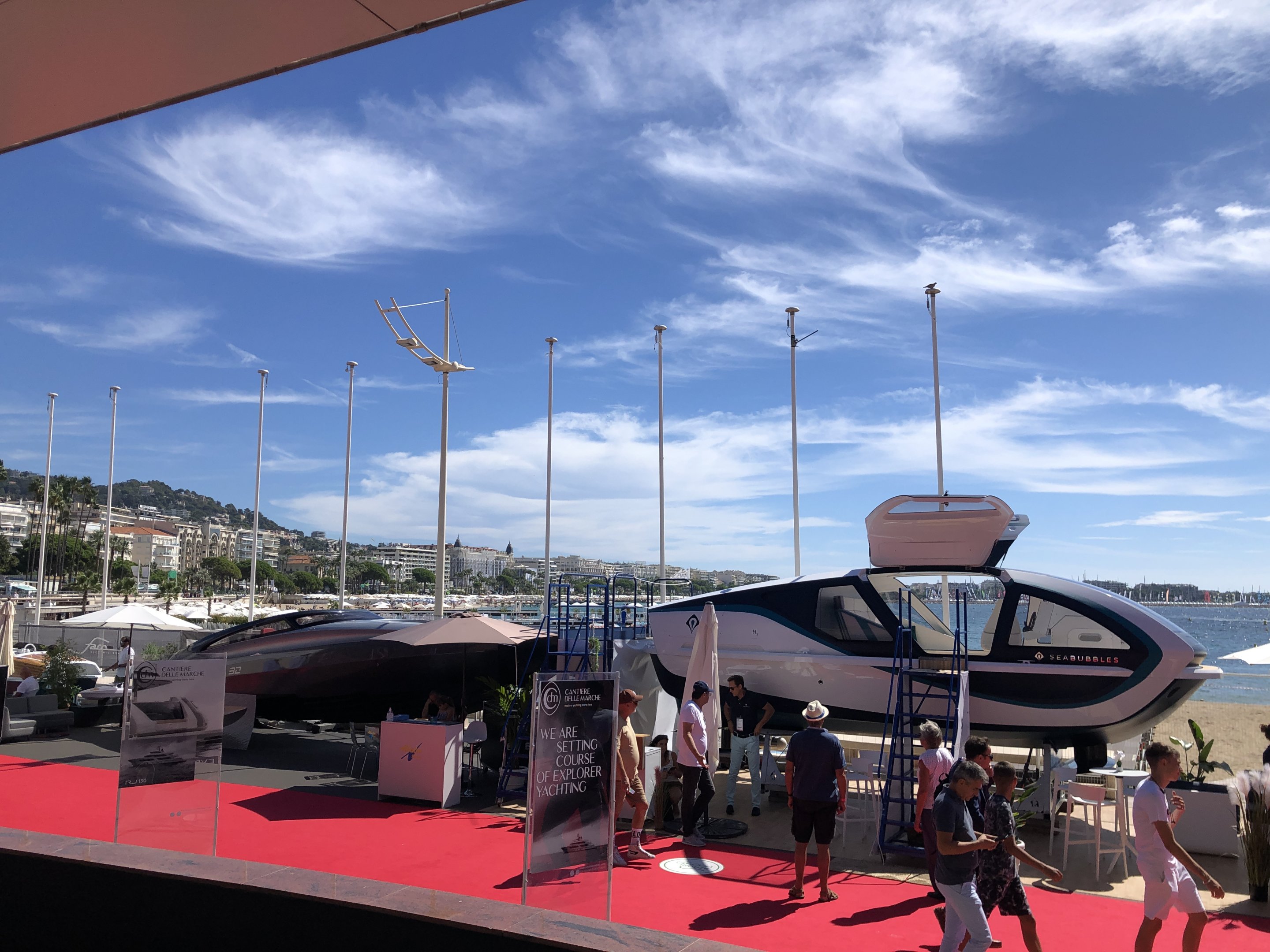 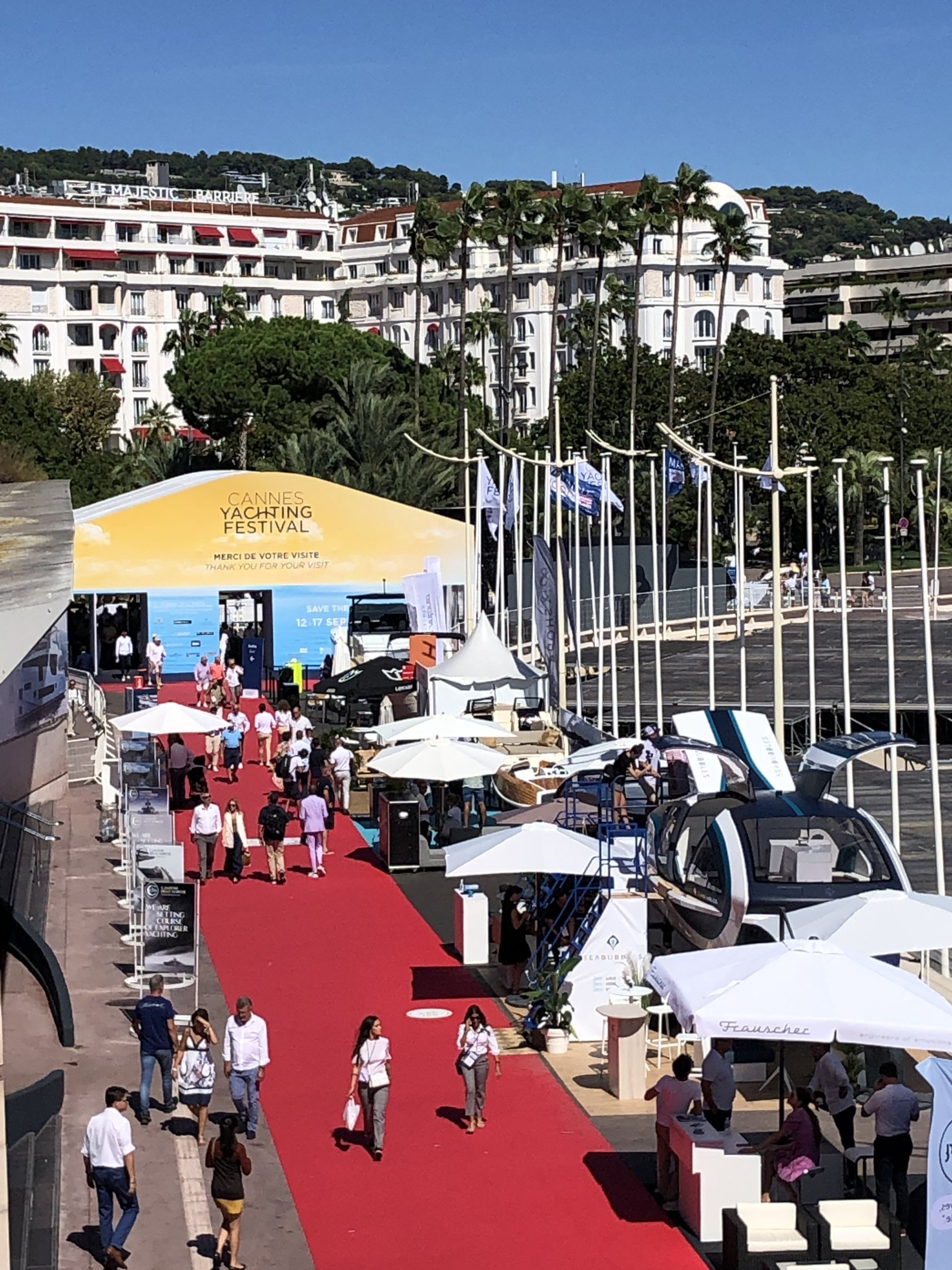 An Open Riva and Outboard Pirelli​
The iconic Italian shipyard Riva choose Cannes to debut its 180th anniversary new limited-edition open powerboat Anniversario model, of which only 18 objects of delight and desire will be produced. Though the public unveiling was not before a celebratory gala in Venice which featured the world premiere of the short film Riva The Persuaders!, inspired by the 1970s action-comedy TV series, The Persuaders!. English football icon David Beckham, Italian actor Pierfrancesco Favino and Ferrari F1 star driver Charles Leclerc showed their friendship toward Riva making cameos in the movie and making an appearance at the jubilee this past June.

Bringing to mind a feeling of 1960s sophistication and glamour, Riva tells us, “The Anniversario is history transformed into future and beauty, and is an incredible combination of details and inspiration” paying homage to the legendary Aquarama and Aquariva, two of Riva’s most famous open range 33’ models celebrating their 60th and 20th birthdays this year.

Visually, the magnetic appeal on this classic silhouette shines through from the streamlined hull design (its sides actually conceal the stern platform) to the contrasts between the gloss varnished mahogany and steel trim. More saturated fuller surface colors highlighting their character also blend well with the sumptuously elegant accents of the aquamarine and white color scheme.

The Vienna straw storage pocket with steel trim behind the driver’s seat and the nostalgic lettering from the past wooden boat era, are standout vintage touches. And while far from vintage, twin-rigged compact and efficient YANMAR 8LV 370-hp rated engines make their own statement on the seas when throttles are nudged forward to a top hop of 40.5 knots (46.6 mph). 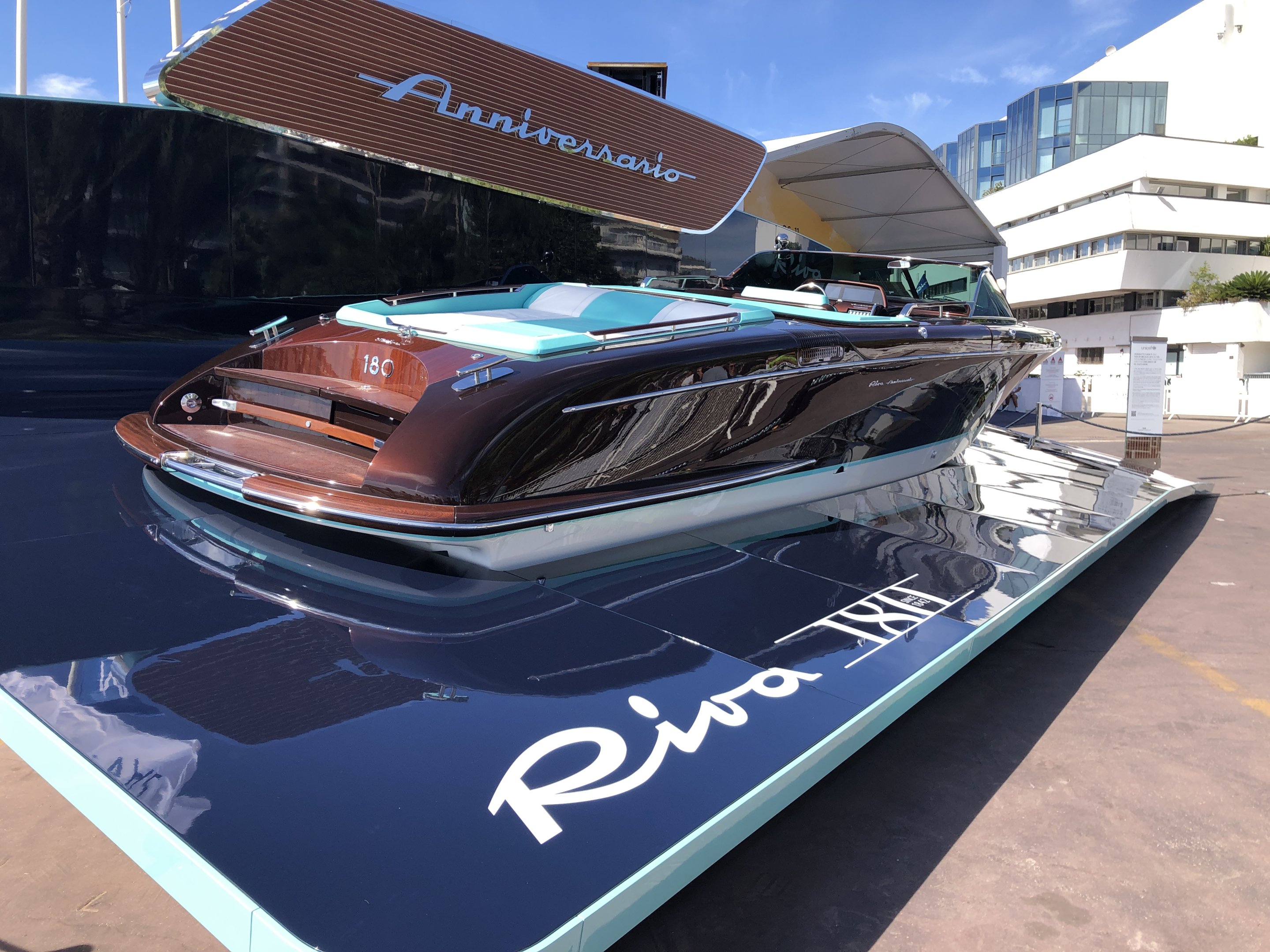 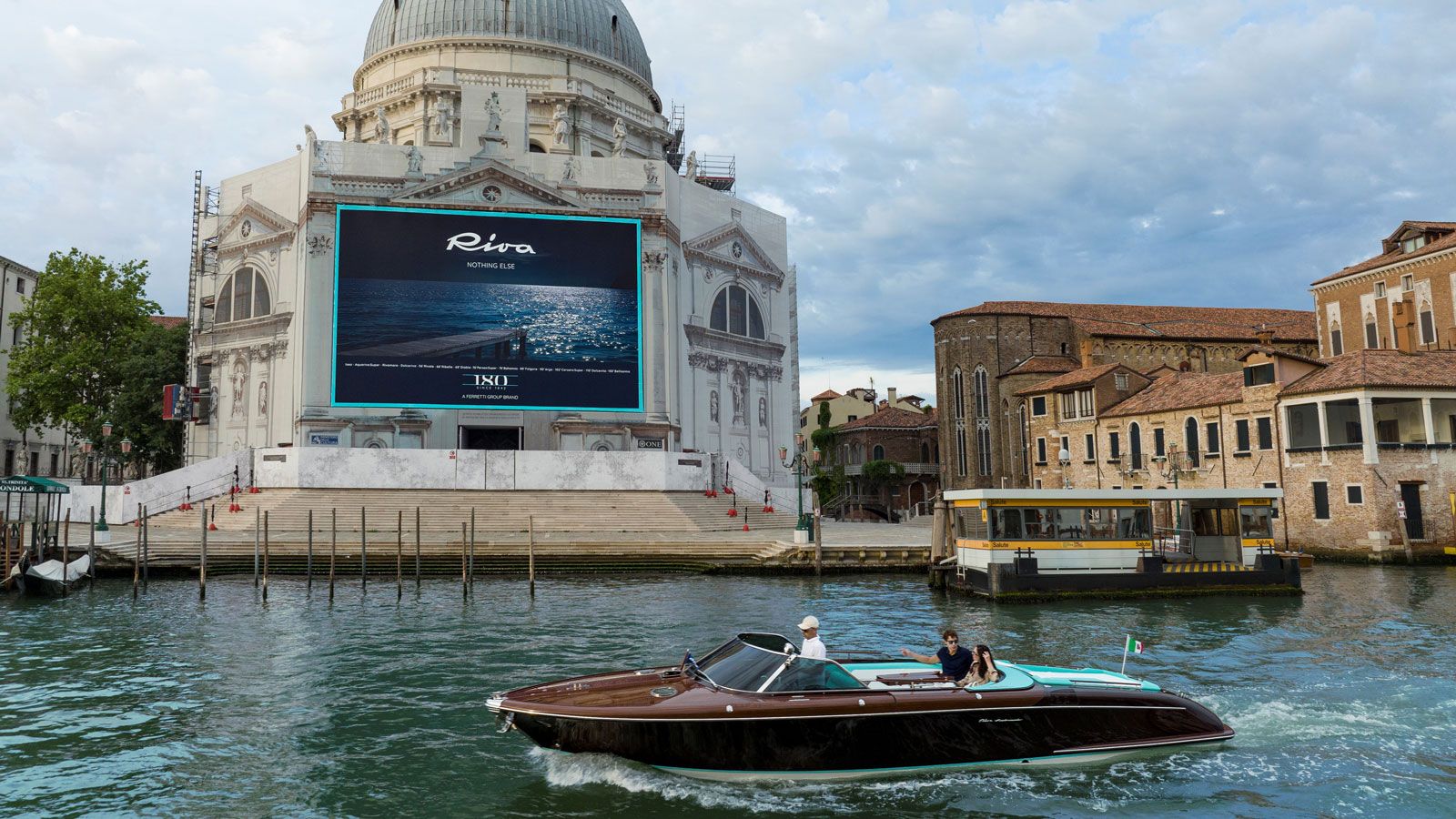 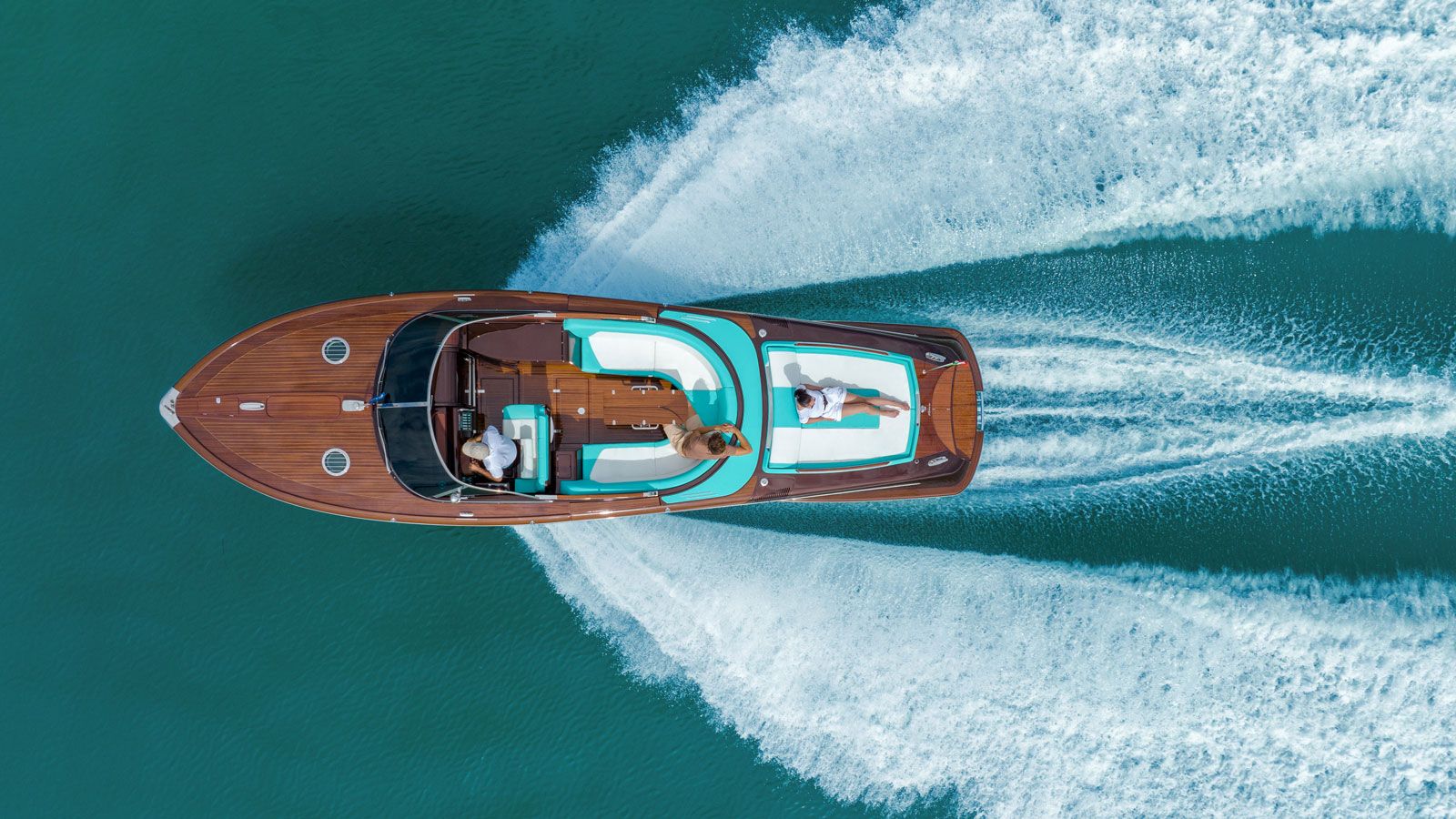 But the Riva wasn’t the only diva on display to ogle over. The Milan boatyard TecnoRib Pirelli paraded in its prima ballerina Pirelli 50 packing 1,200 ponies by way of double 600-hp Mercury Marine Verado V-12s. Who would have thought 600-hp outboards would be tricking out RIB transoms?

The Pirelli 50, and its two smaller siblings, the Pirelli 35 and Pirelli 42, have been constructed in collaboration with the famed Swedish Mannerfelt Design Team (MDT) under the direction of father Ocke who handles the hulls, and son Ted who takes on the decks. For this reason, its aerodynamic facade, sleek exterior vibe, and competitive spirit with a promised maximum speed of 50 knots (57 mph), are not a shocker. But what’s to come may shock some (or not). Originally fabricated to handle 1,800 horsepower, word is for the upcoming Miami International Boat Show, TecnoRib Pirelli is adding more robust thrust to the transom by way of a third 600-hp outboard. Stay tuned! 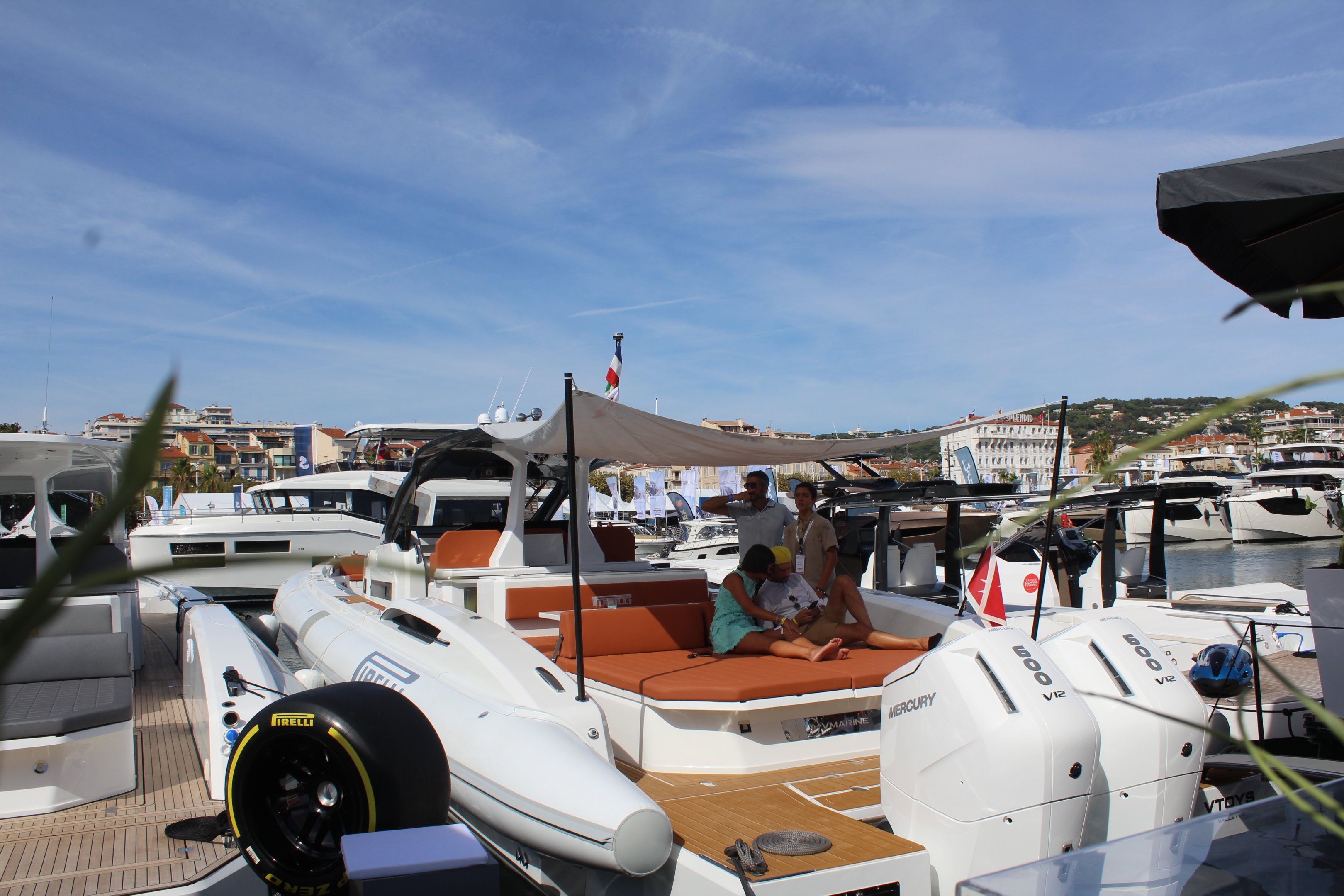 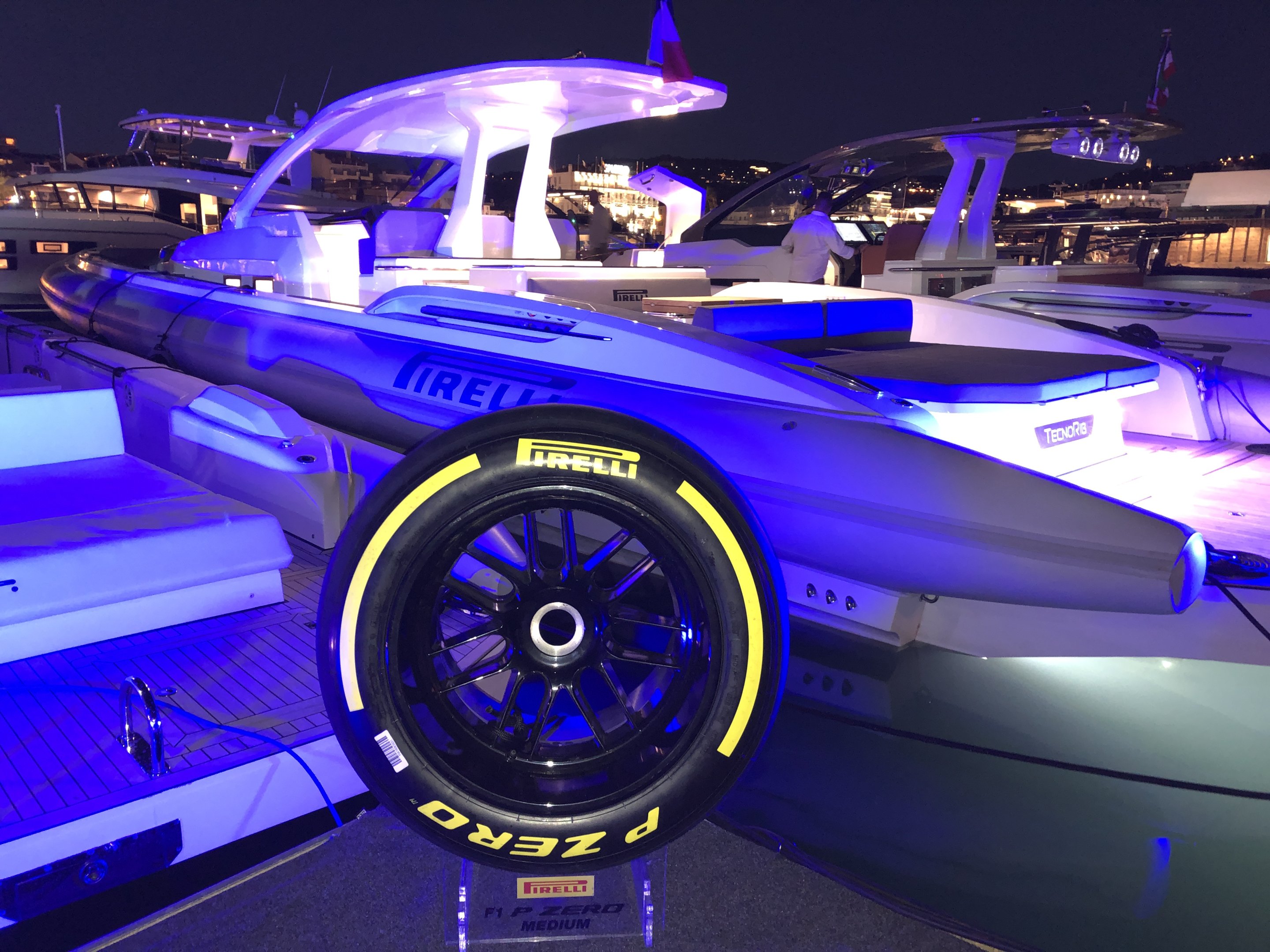 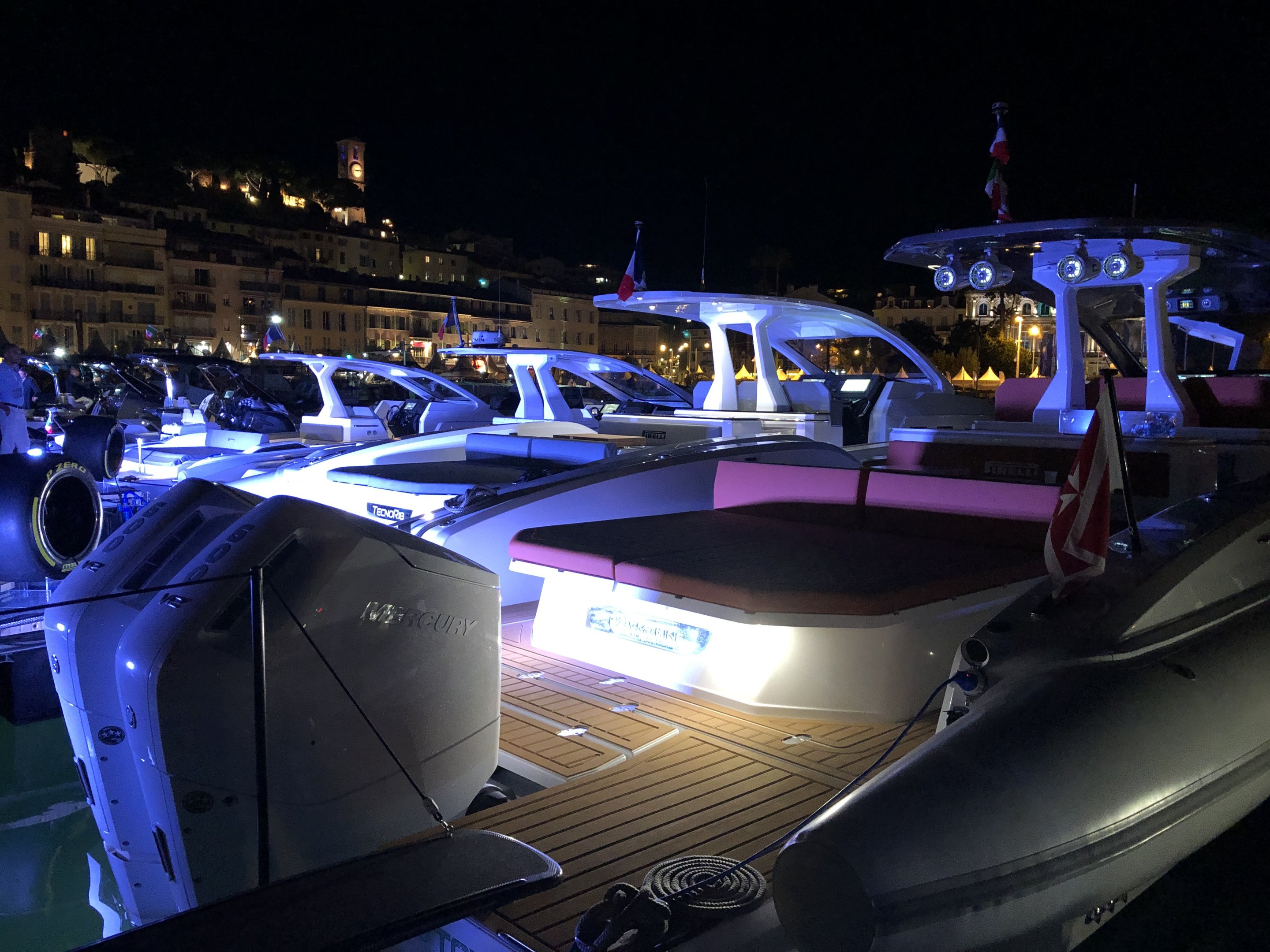 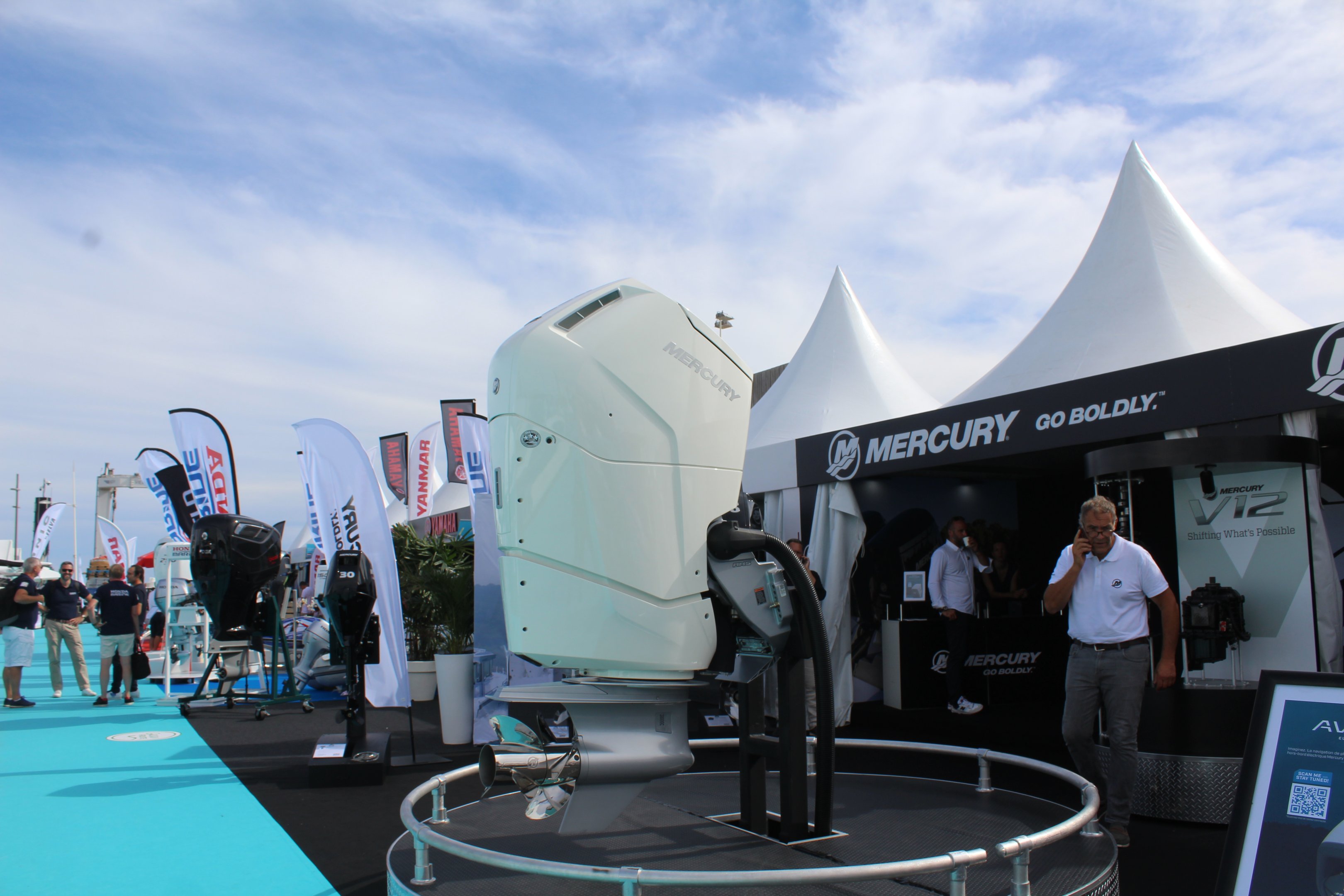 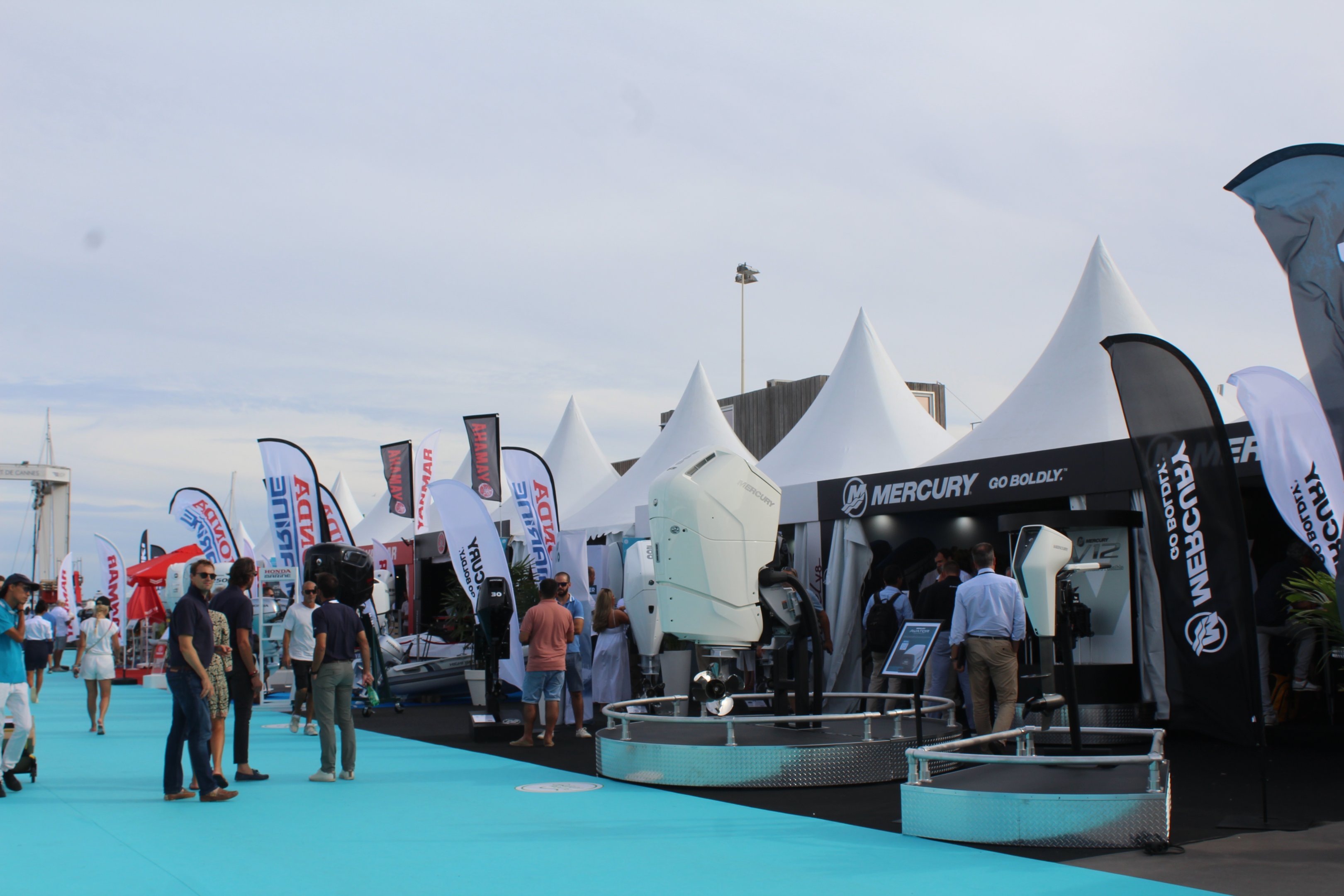 Honestly, apart from Pirelli, the entire range of RIBs at this show from Anvera and AWAVE to Mar.Co E-Motion, Magazzu and Zar Formenti were insane. We love our MTIs, Nor-Techs and Skaters, but in Europe this was the craze. No matter where I looked I was surrounded, until it finally happened… not once but twice! The reason for the trip had been realized, and the search was over. Mixed in with the RIBs and superyachts – I found my VIPs (Very Important Powerboats). 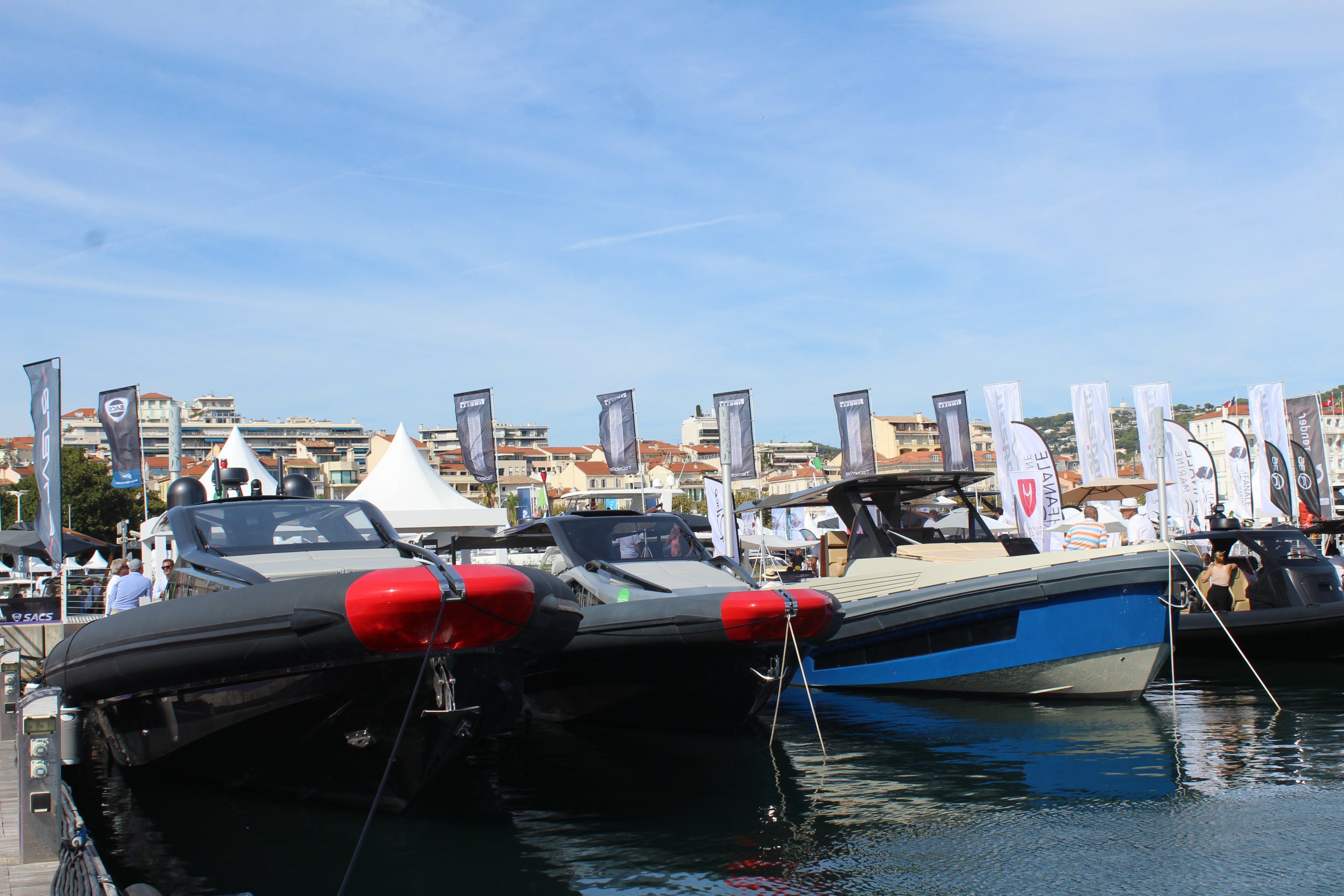 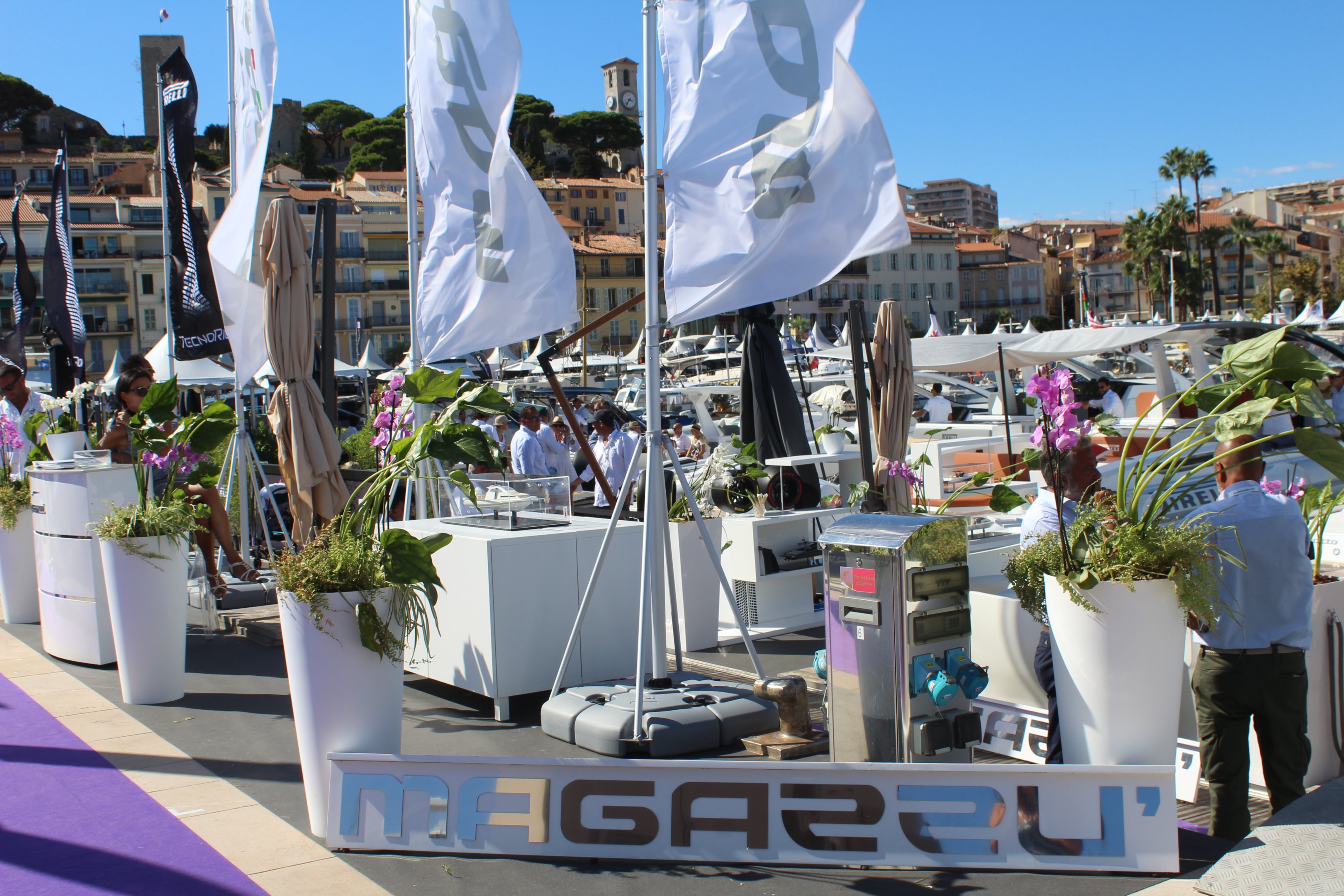 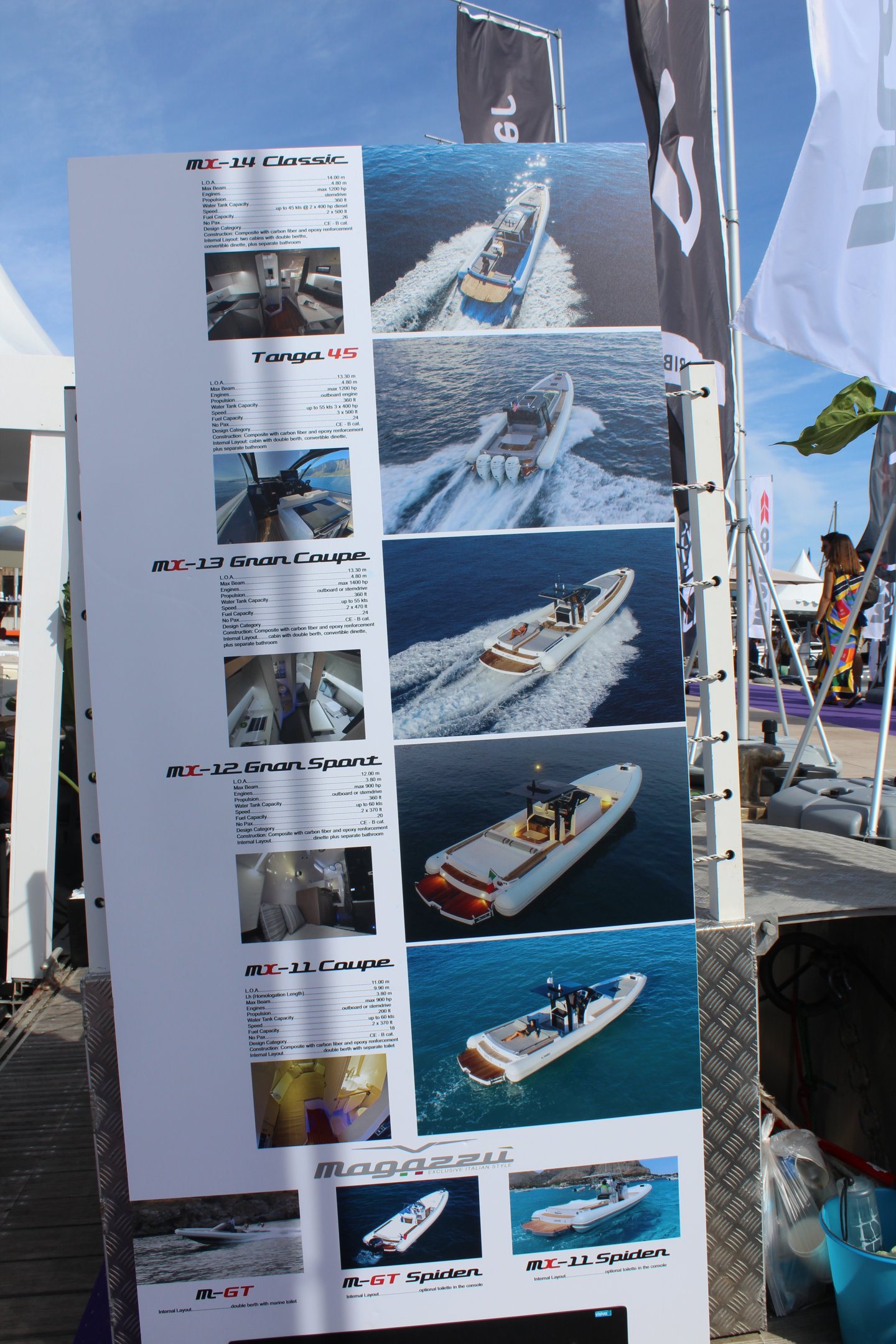 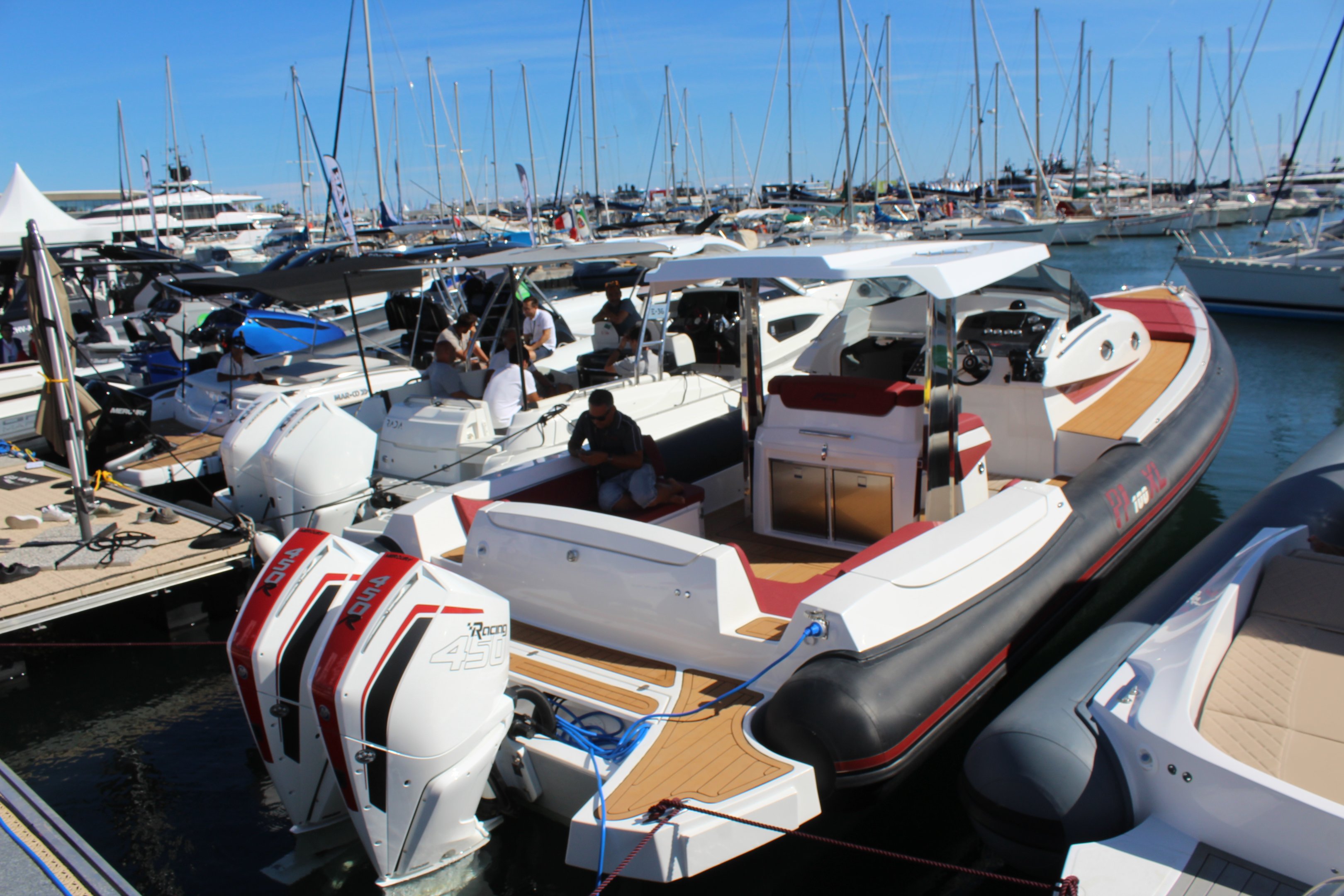 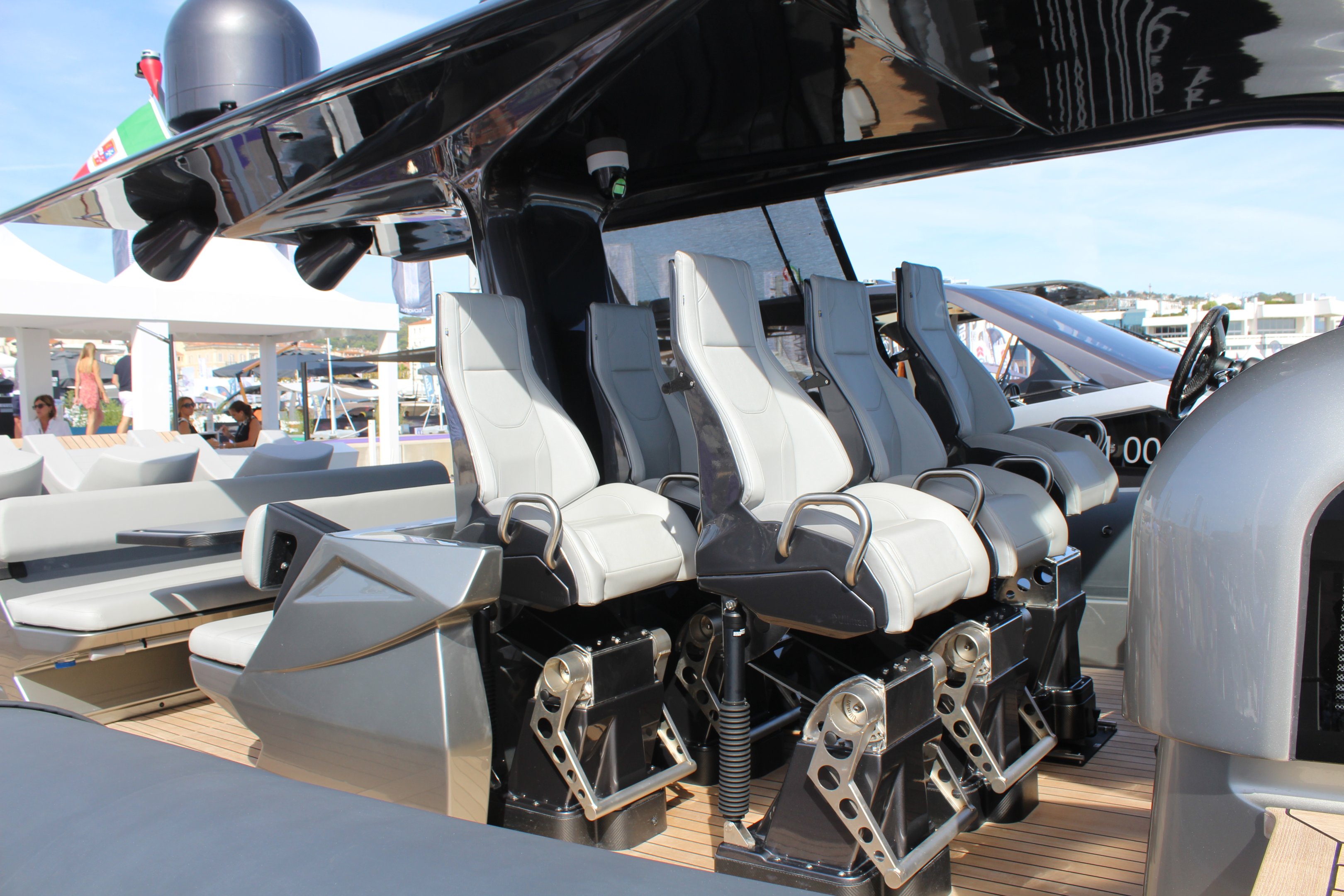 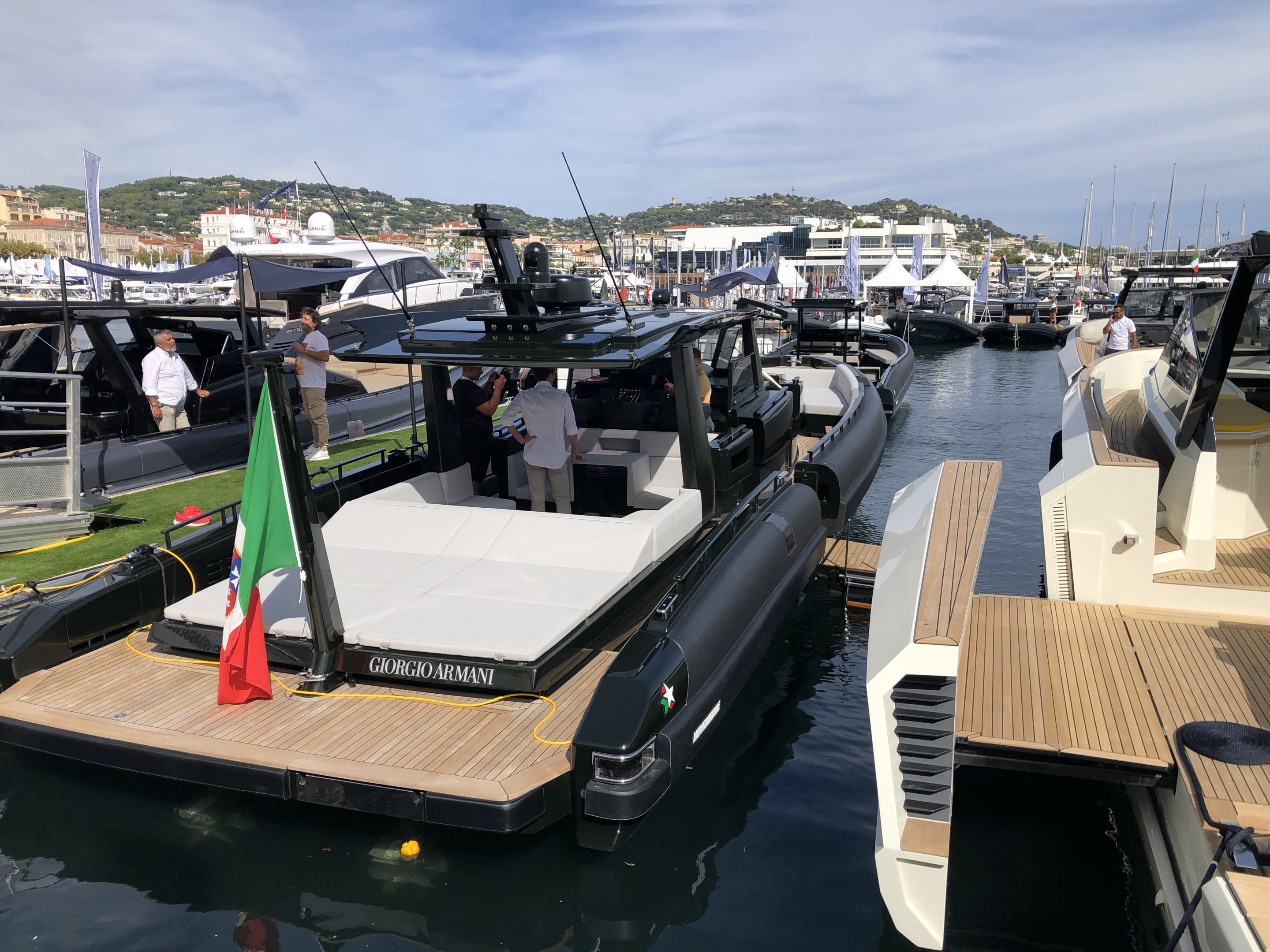 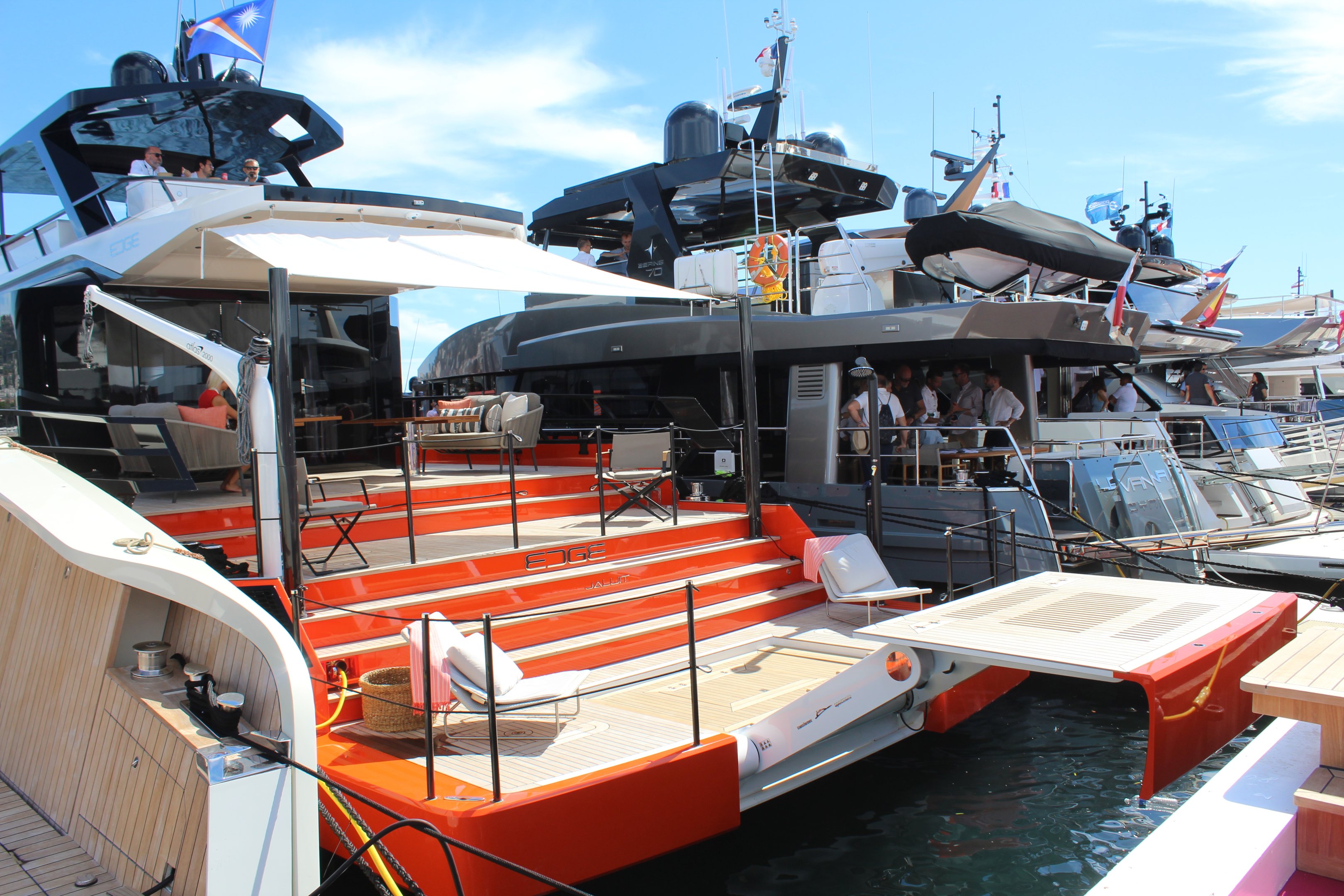 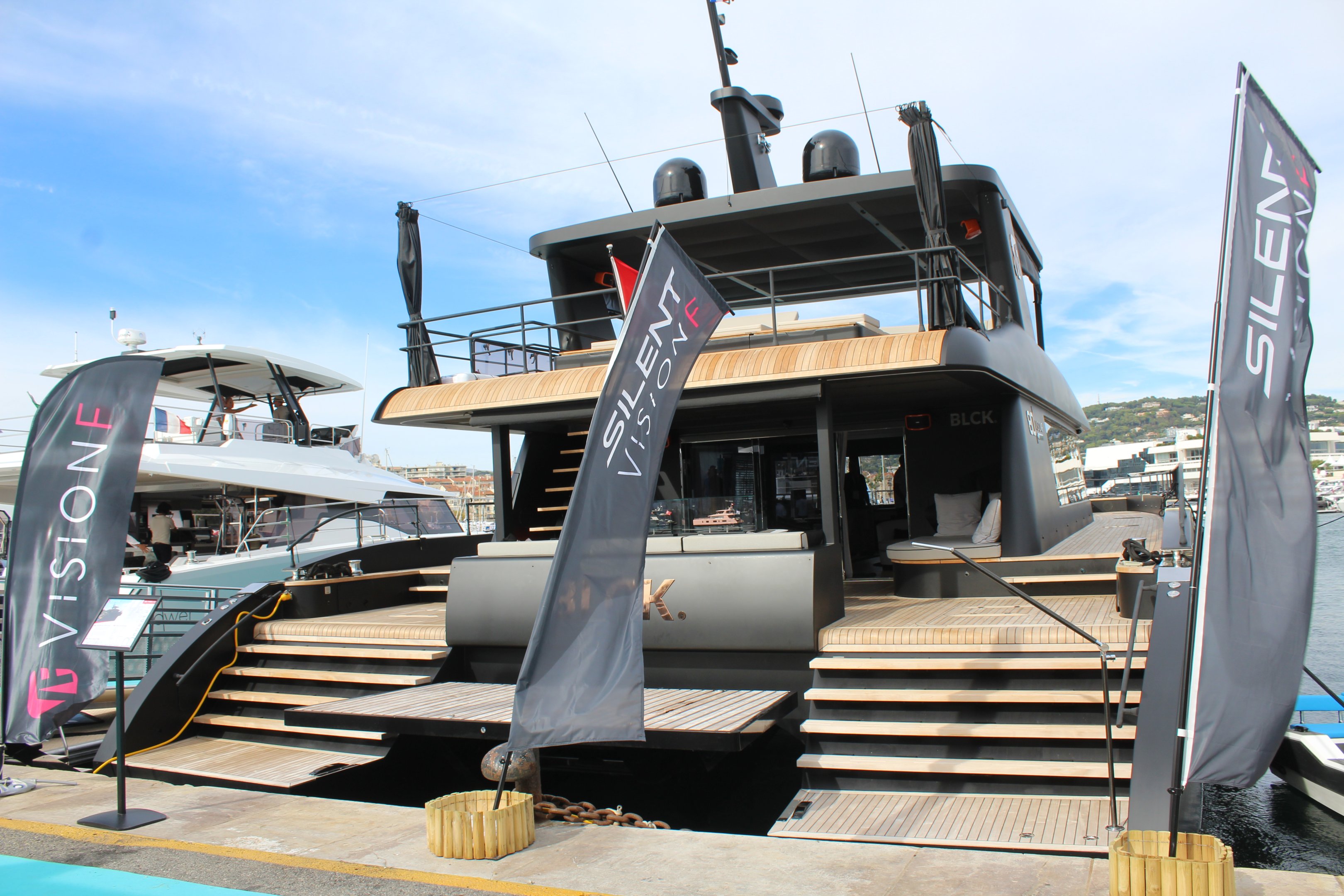