Article Gallery
Mike Finnegan, one of the stars of the hit TV series, “Roadkill”, has always had a passion for cars and speed. But that passion also extended to the water as well. See for yourself. 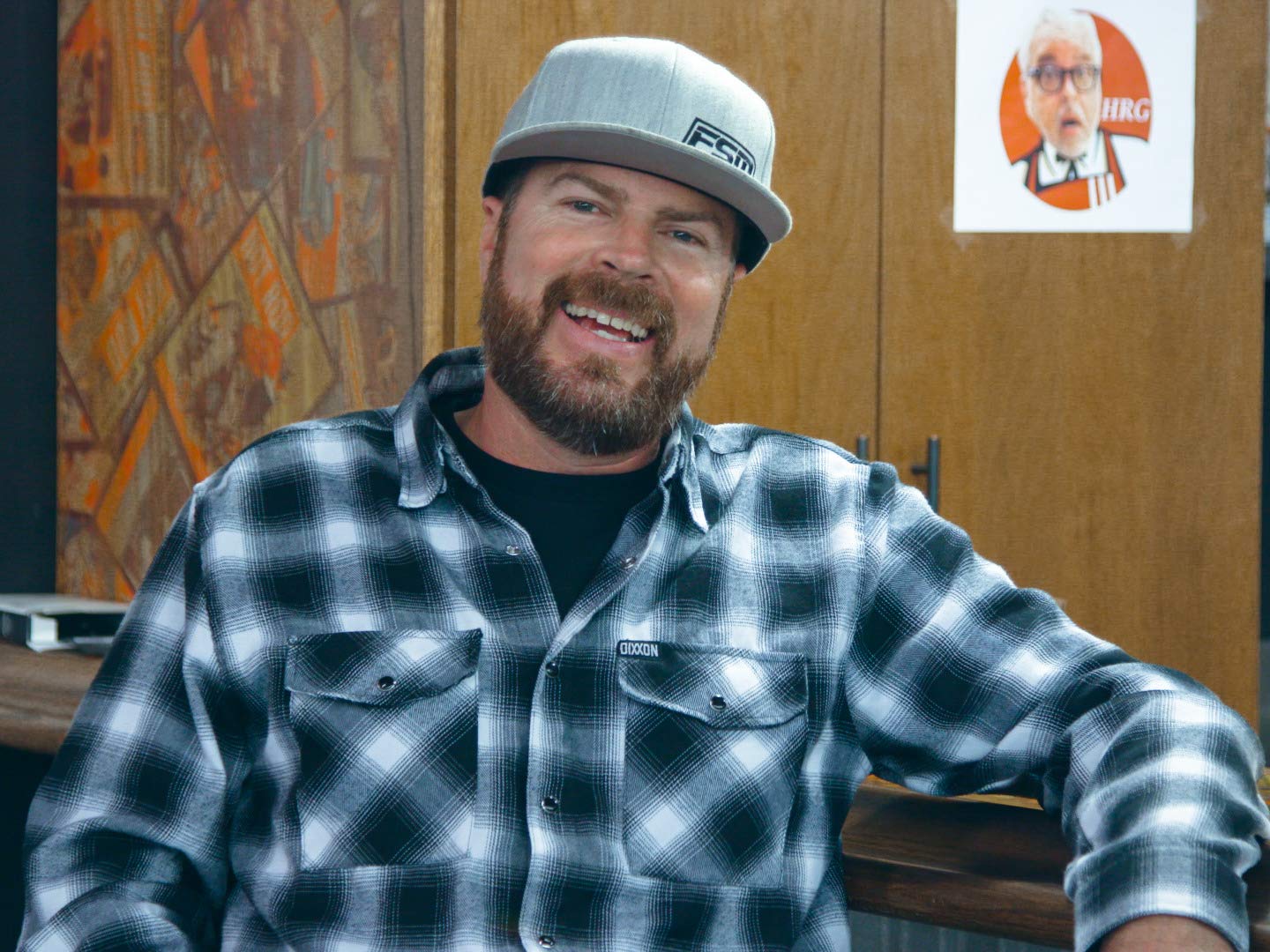 And so it begins, innocently enough, a nice 19-foot Rogers Bonneville TR jet boat. The perfect river fun boat. But then, there are other jet boats on the river a little faster and a little quicker than yours. That’s not good. 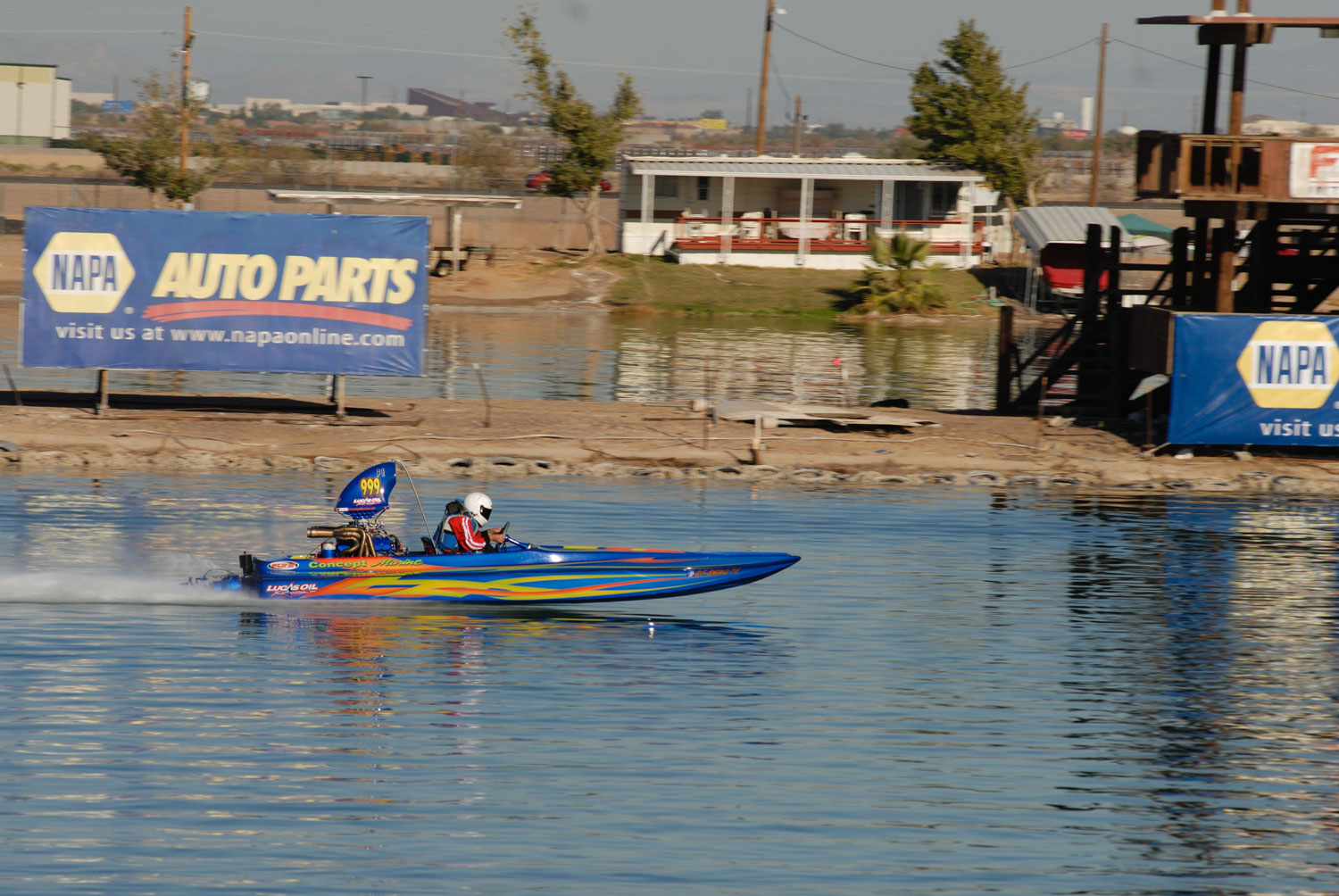 So if you’re Mike Finnegan, who also happens to be the editor of Sport Truck magazine and a former co-editor of Hot Boat magazine, you don’t want to have the slowest boat on the river. It’s simply a matter of self-respect.

Maybe just a couple of little performance upgrades won’t hurt. You spend some money and you go a little faster. But maybe not quite fast enough, so you spend some more money, more time, more money and the process just seems to keep repeating itself. Pretty soon one of your buddies thinks it would be cool to actually take your boat to a real race and see what it would do. That was 2003.

As it turned out, Mike found National Jet Boat Association drag boat races were a whole lot cooler than just running some of your friends at sundown on the river. A year later that vee-bottom Rogers play boat, with a whole lot of assistance from Tom Papp and Steve Brule, was clipping the timing lights with low nine-second ETs and consistent speeds in the 113-115 mph range. 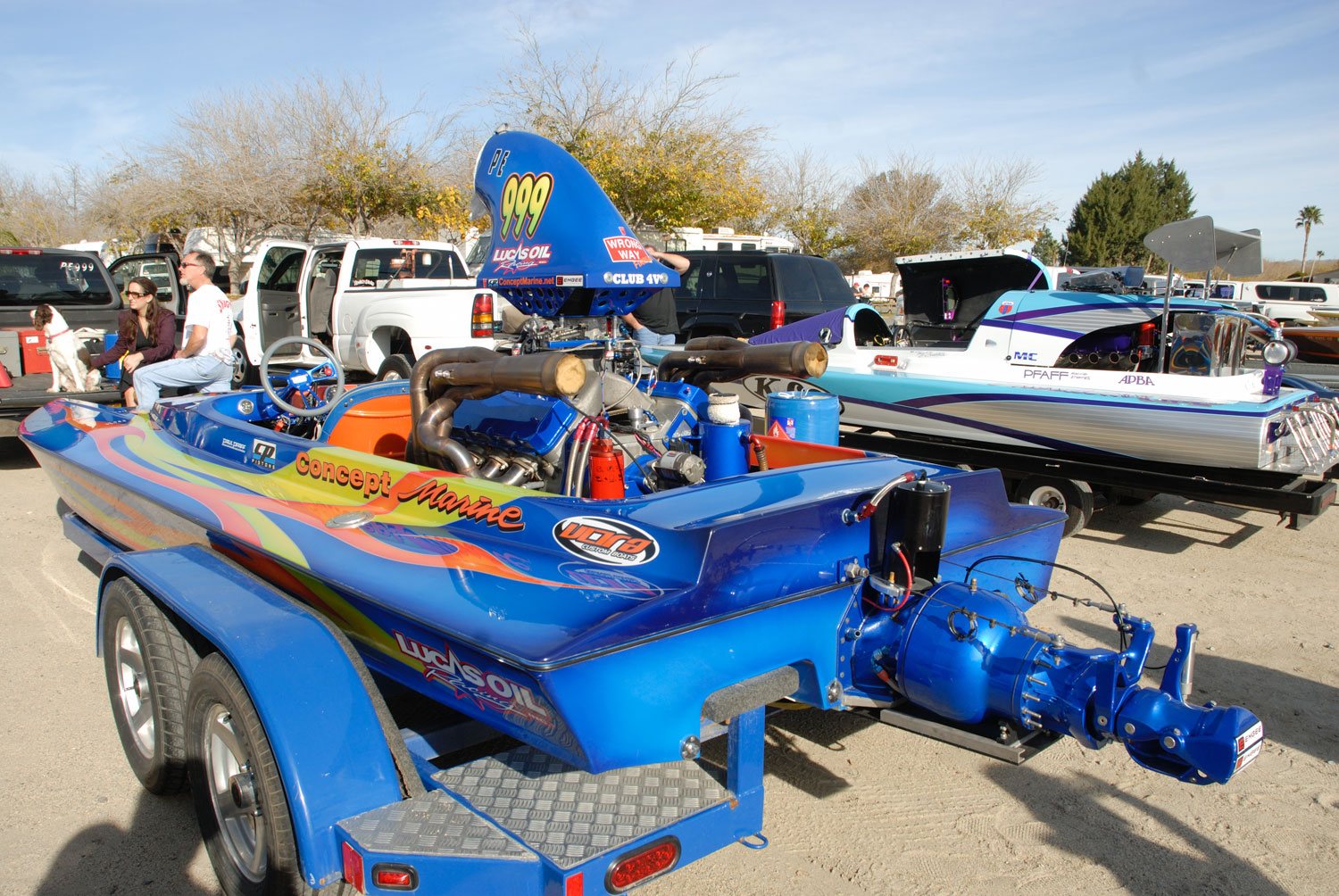 Being the wise mentor that he was, Tom Papp strongly suggested that Mike get out of his Rogers if he intended to run those kinds of speeds before he got hurt. It really didn’t take too much persuasion to get Mike to switch since he already had his eye on an old 1980s vintage Cheyenne tunnel hull that Tom had.

Mike went to see John West at Ultra Boats in San Diego since they were now pulling parts from that original Cheyenne mold. In January 2005, Mike took delivery of a 500-pound 19-foot Ultra Shadow and his jet boat education was about to begin. “I spent the next three months camped out at Tom Papp’s shop, rigging the boat and trying to absorb as much knowledge as I could,” said Mike. “Tom kind of let me do my own thing, but when I was really off track he’d straighten me out. Since then, I’ve re-rigged the boat three more times getting it the way I want. I’m finally pretty much satisfied with the way it performs and looks.” 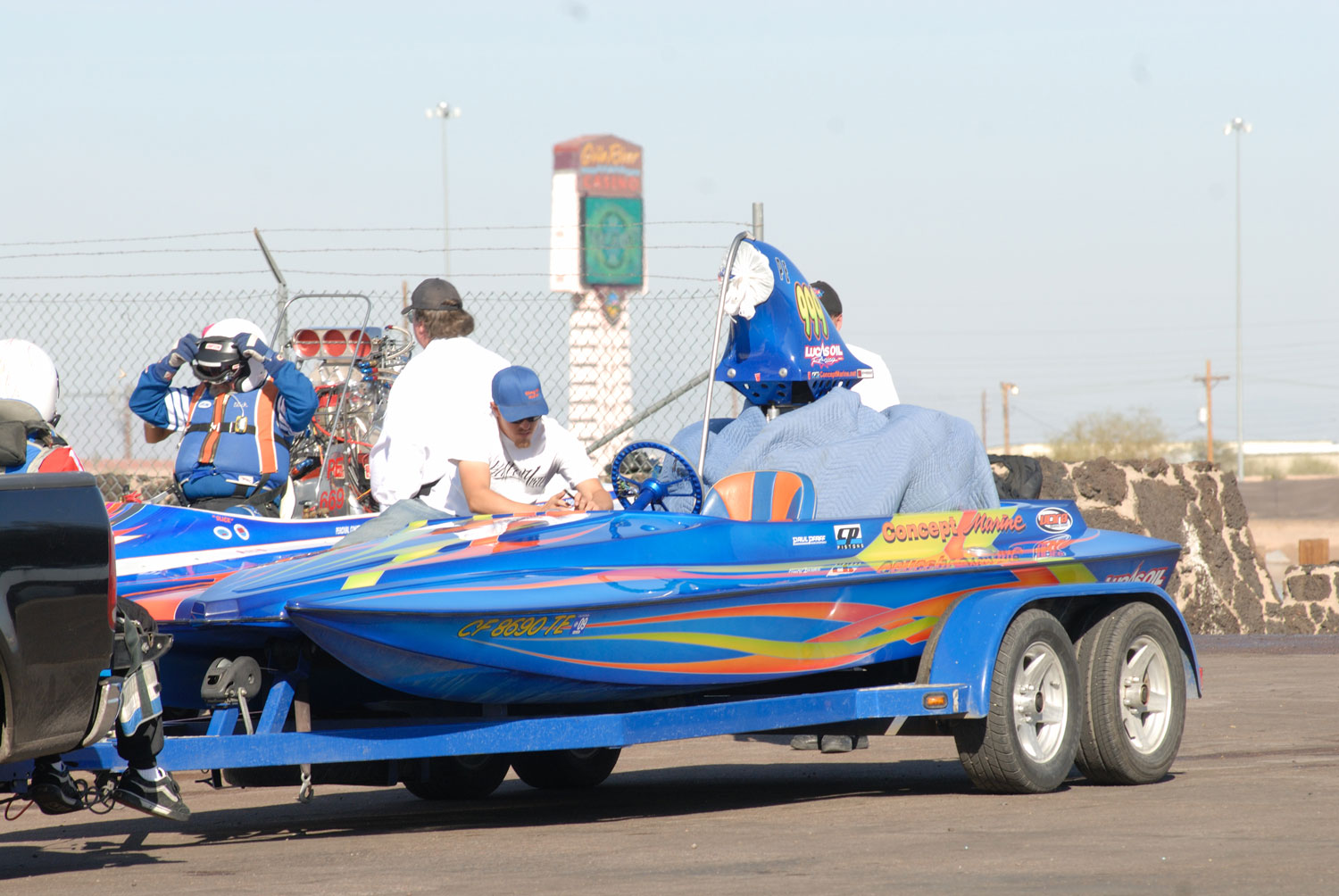 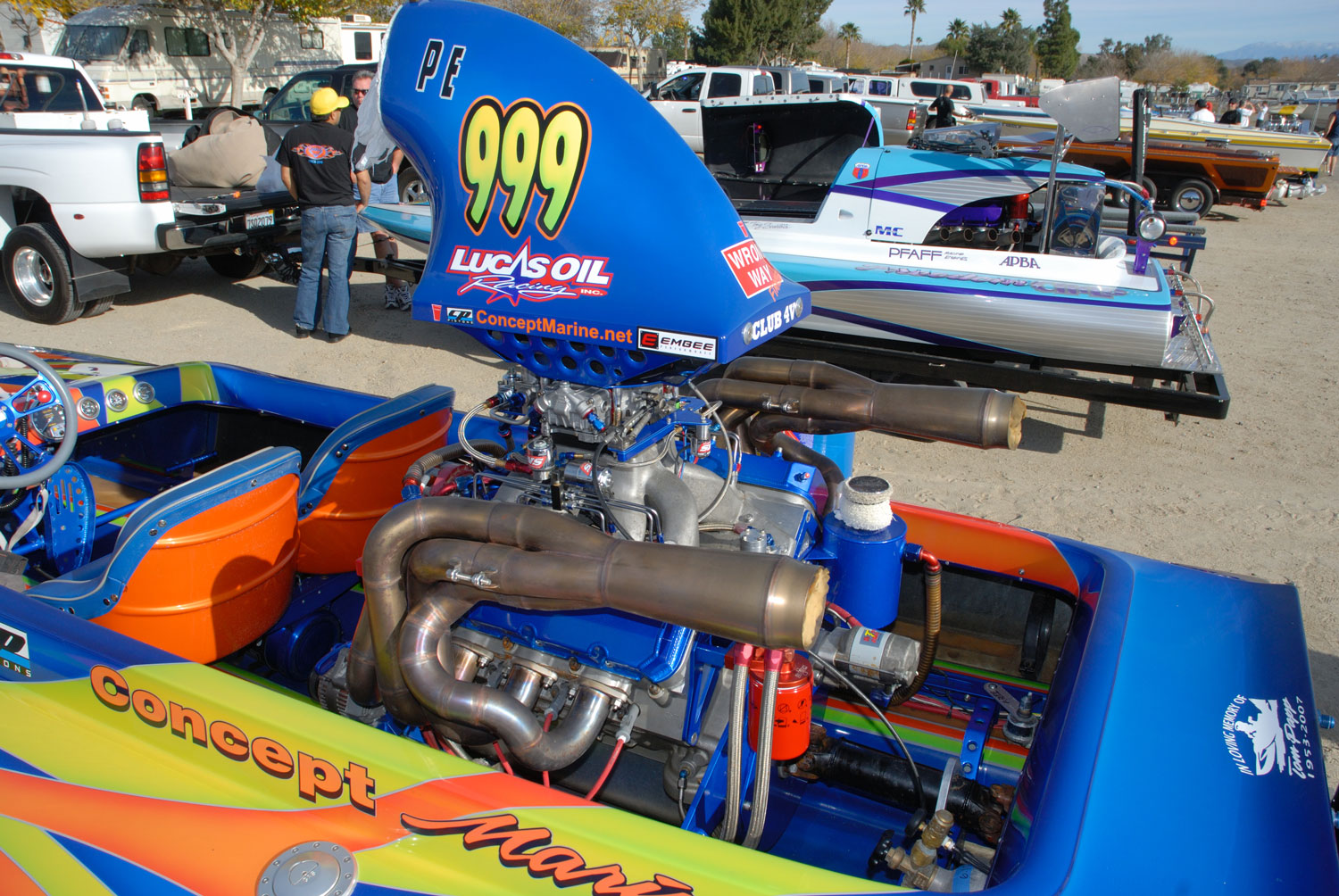 Mike initially rigged his Ultra Shadow with a blown big-block Chevy but now has a Brodix tall-deck aluminum block boasting 582 cubic inches with a Nitrous Supply N20 system. His best numbers to date are a top speed 132.8 mph and a break-out 7.94 second ET in the quarter mile. Check out the accompanying parts spec block for a complete breakdown of what it takes to be at the top of an NJBA category. 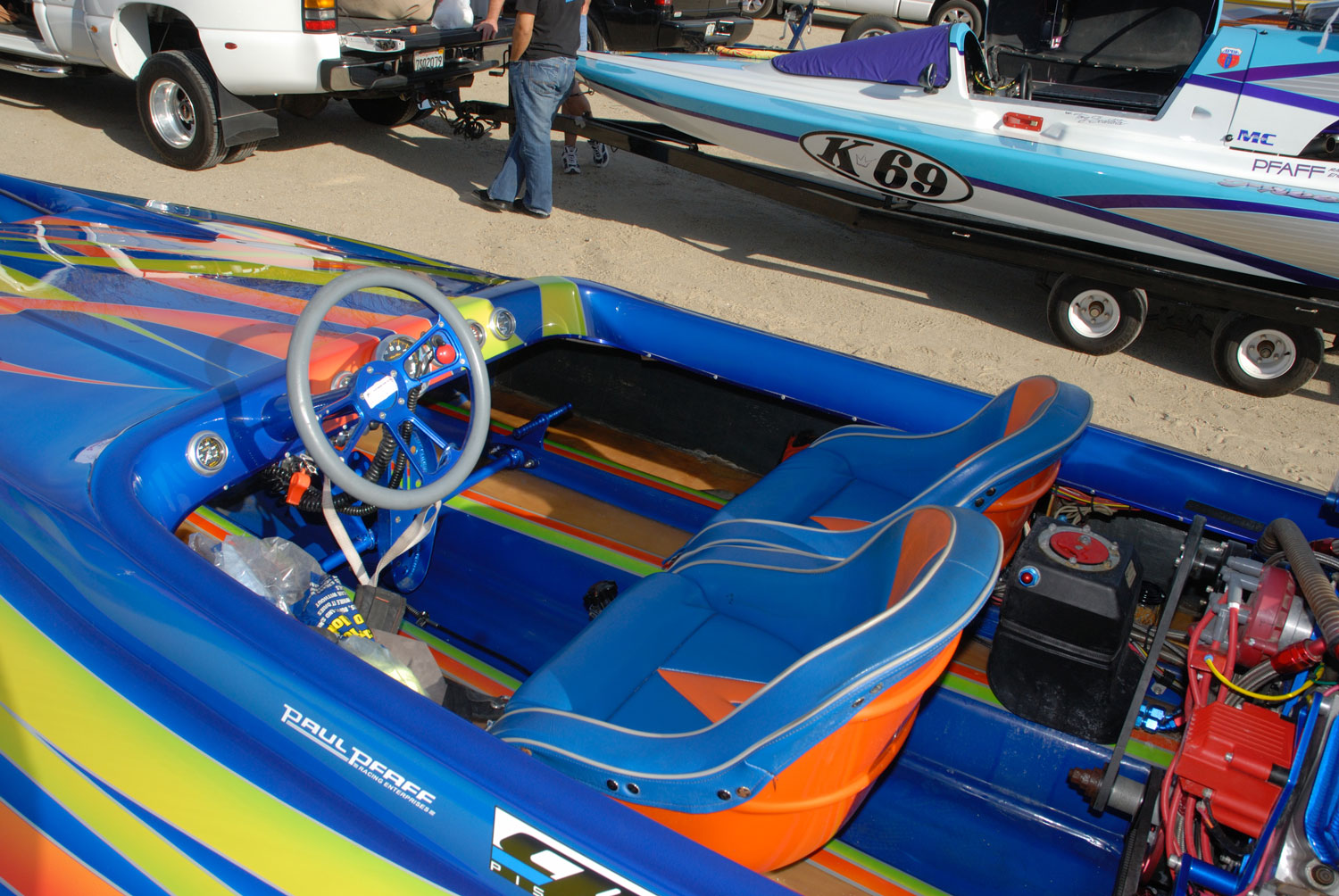 So whatever happened to having family fun on the river? According to Mike, it’s still okay. Whenever possible he straps in a couple of gunnel saddle fuel tanks and another bucket seat and he and the wife cruise the lower Colorado River between Parker and Yuma. Probably not at 130 mph, however. 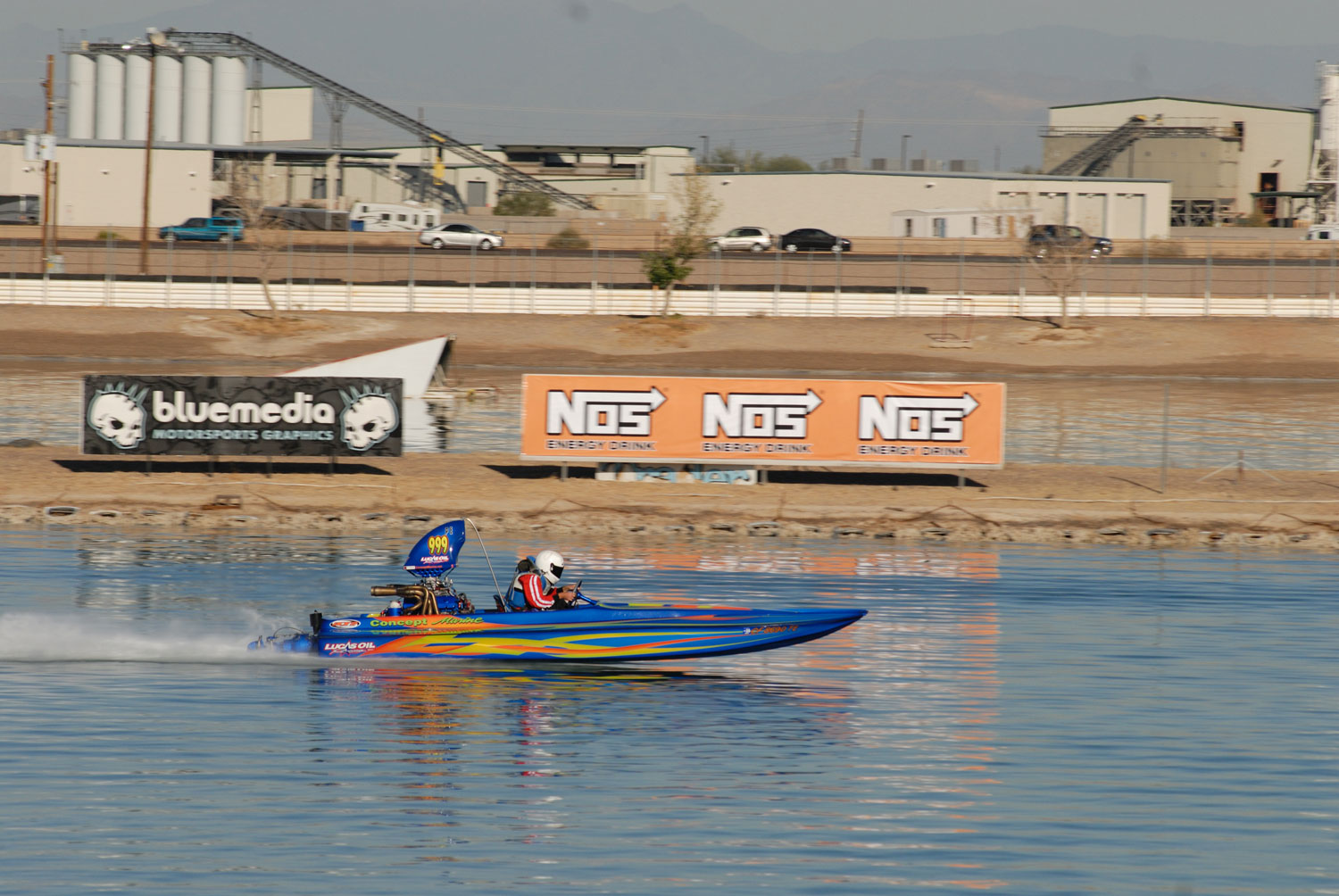 Trailer: custom built with extra long swing-away tongue and cut out for jet pump access by Trevor at Hampton Trailers