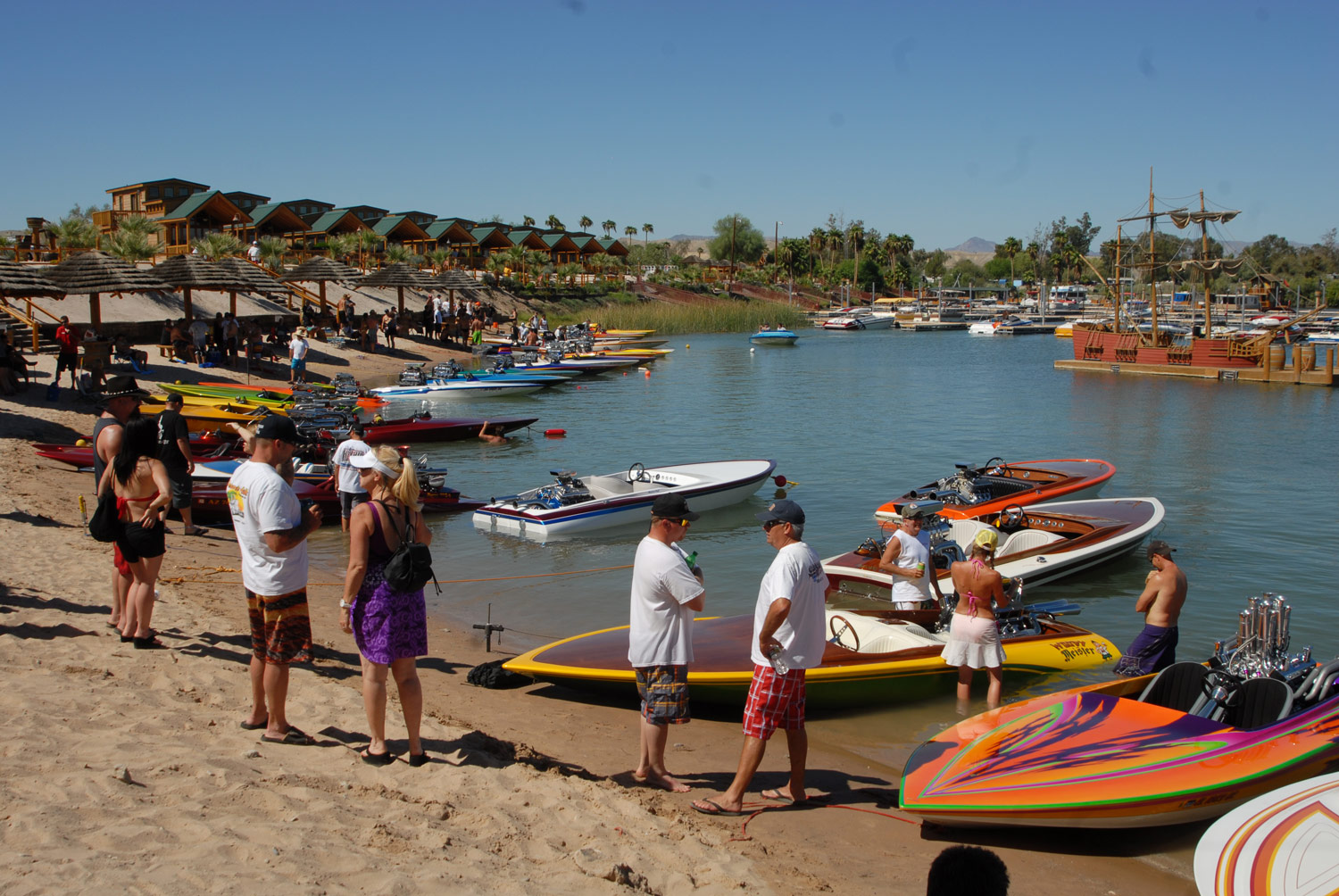 What does 100,000+ horsepower look like? Maybe something like this….over 100 of the hottest hot boats in the country lined-up gunnel to gunnel along the beach of the oh-so-popular Pirates Cove Resort just south of Needles, California on the Colorado River. 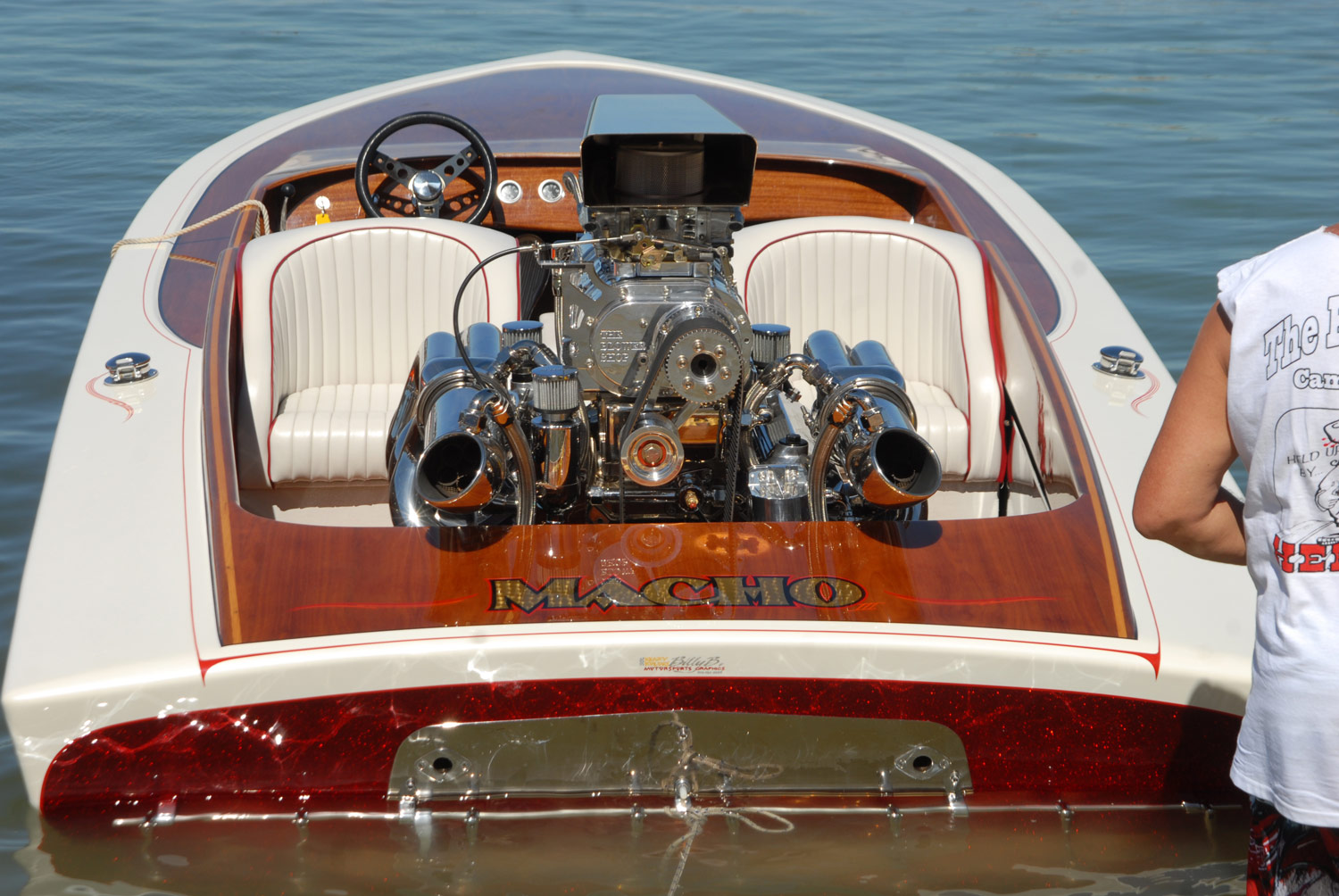 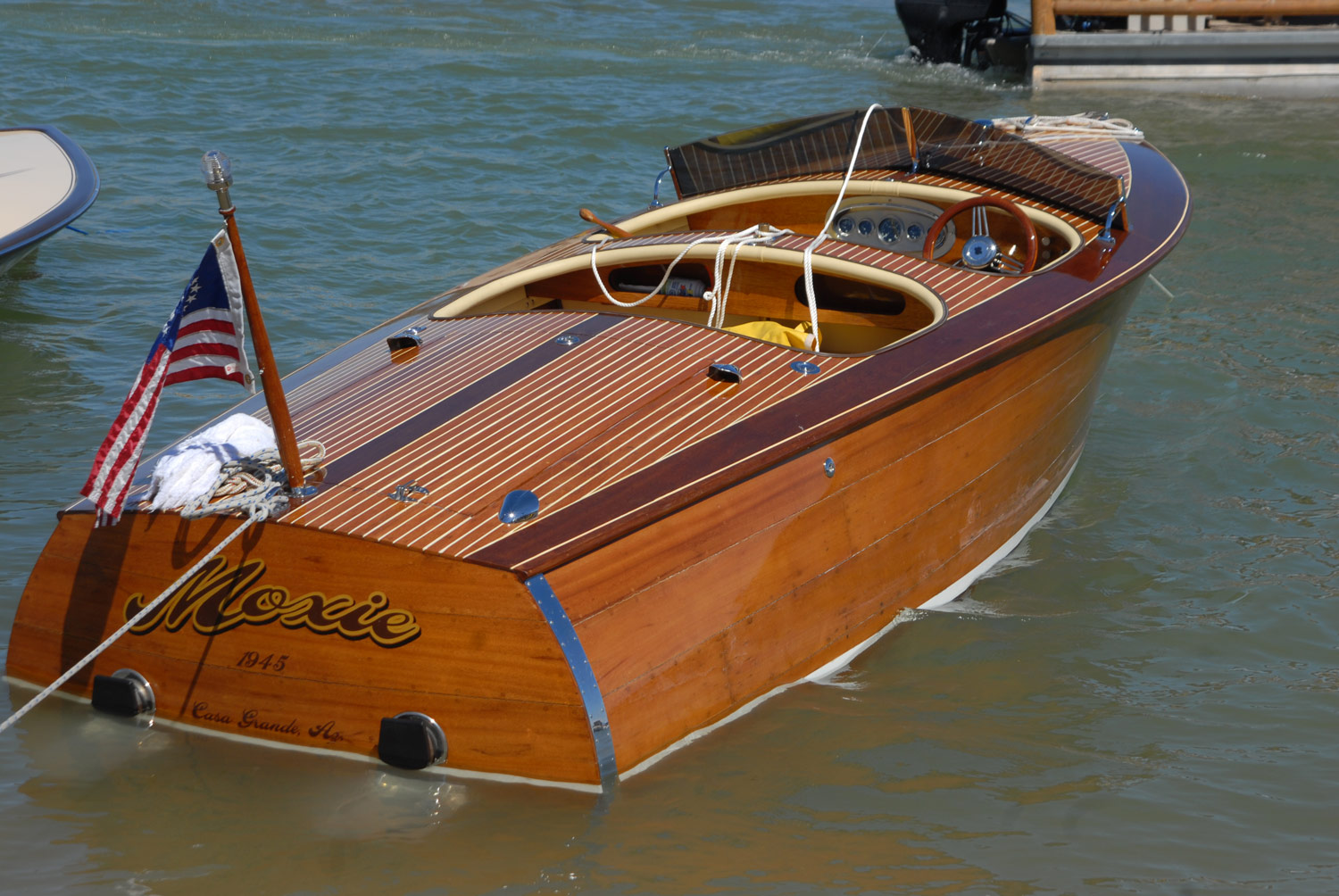 September 21, 2013 was a special day because it was time for the annual “River Rockets” meet-up organized by the zen master of all things V-drive and custom paint, Billy B of Krazy Kolors in Upland, CA (now relocated to Needles at his new Arrive N’ Drive facility). 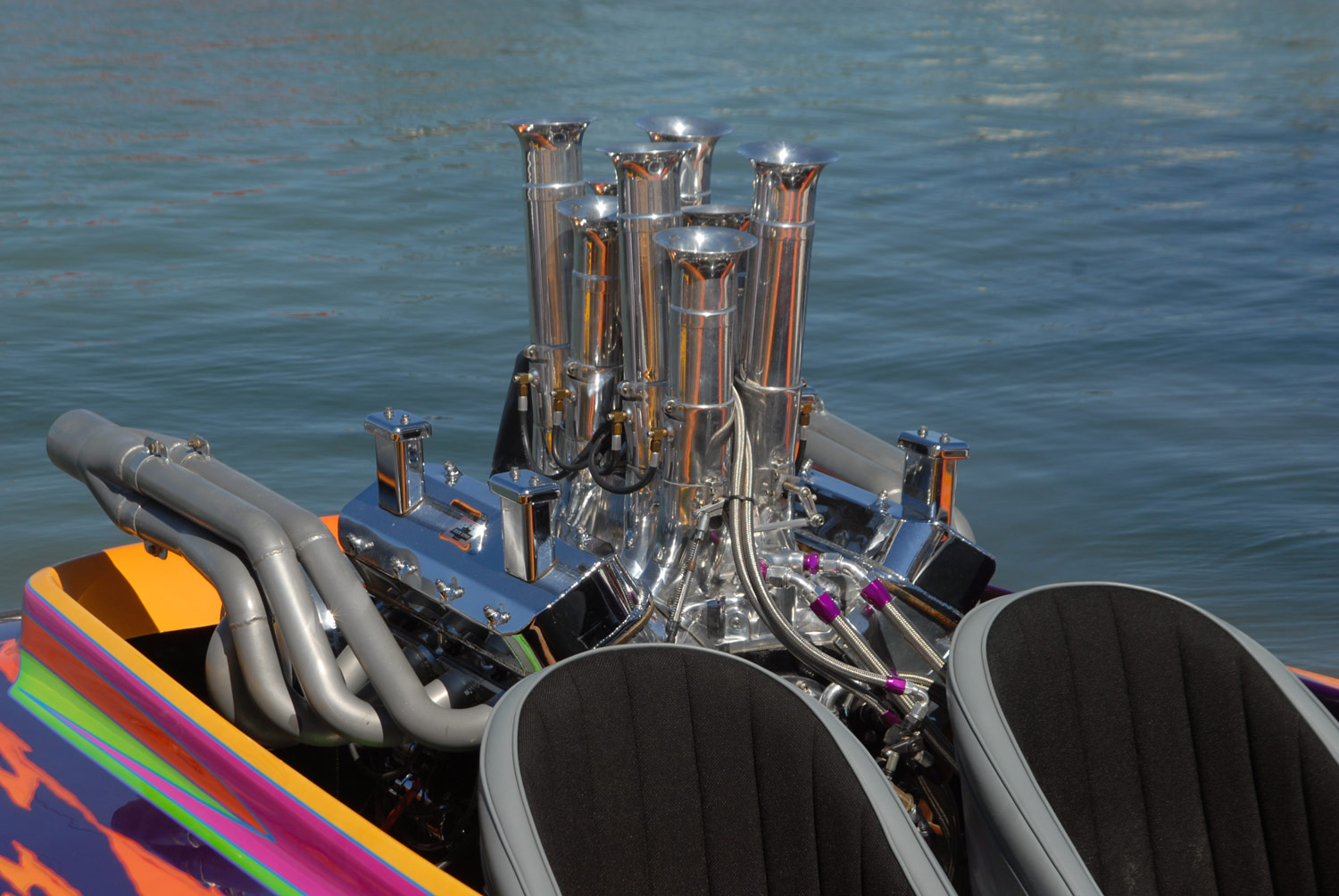 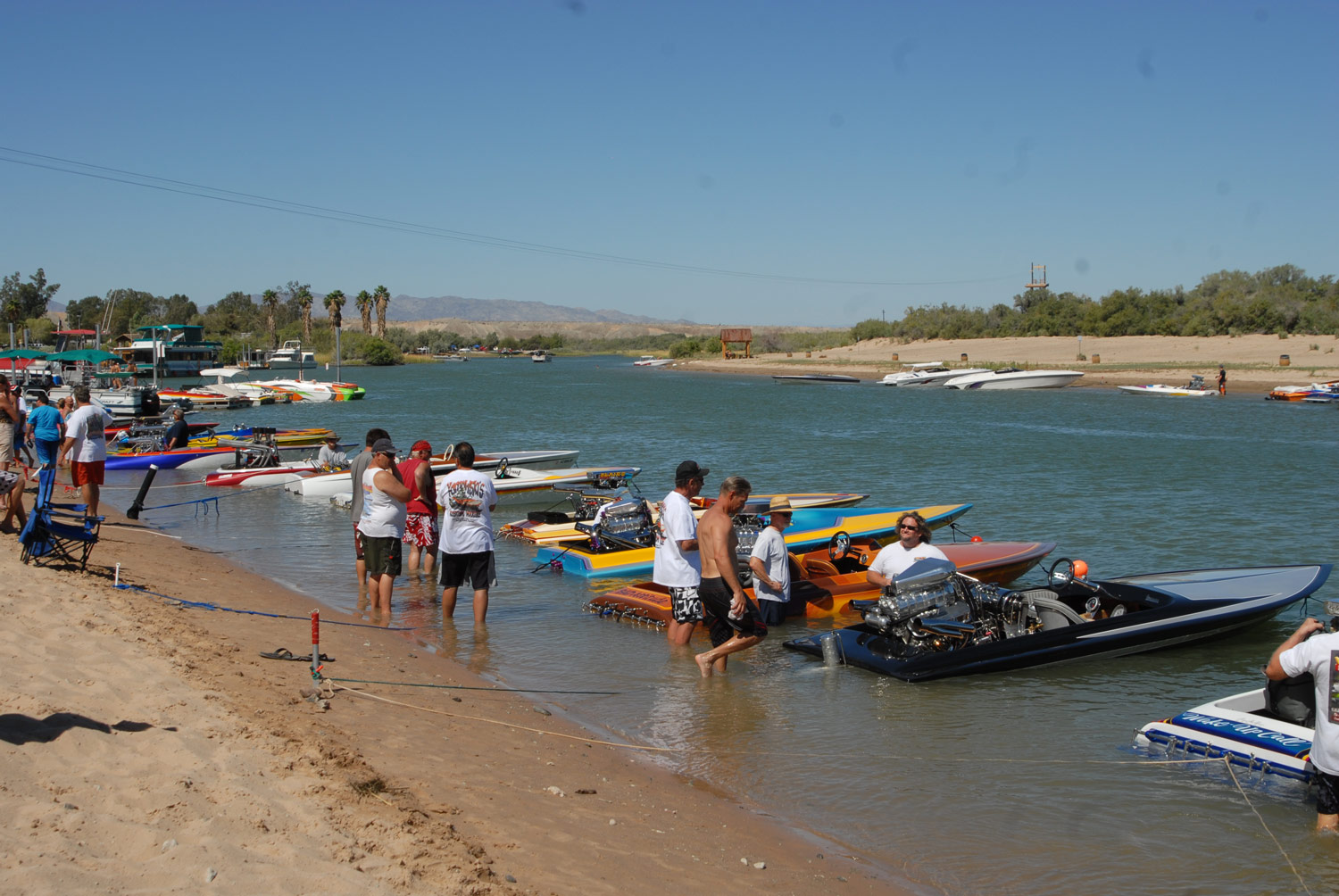 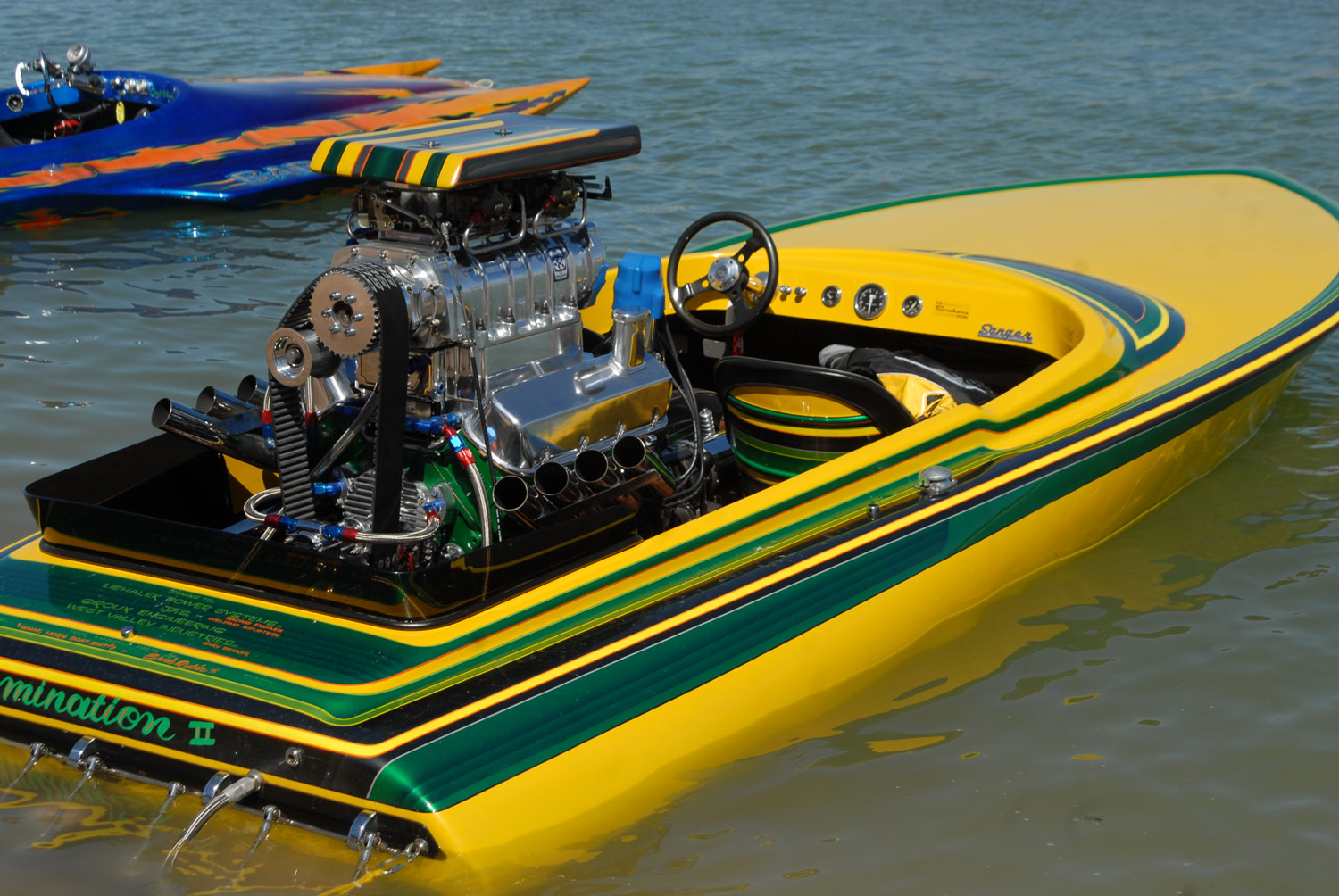 This epic late summer meet-up of immaculately restored flatbottoms, hydros and jets has in just a few short years become the most spectacular in-water display of chrome and horsepower of any event in the U.S.A. Virtually every boat brand name from the past ‘50s, ‘60s, ‘70s and ‘80s was represented, most of them with massive big block supercharged power between the stringers. 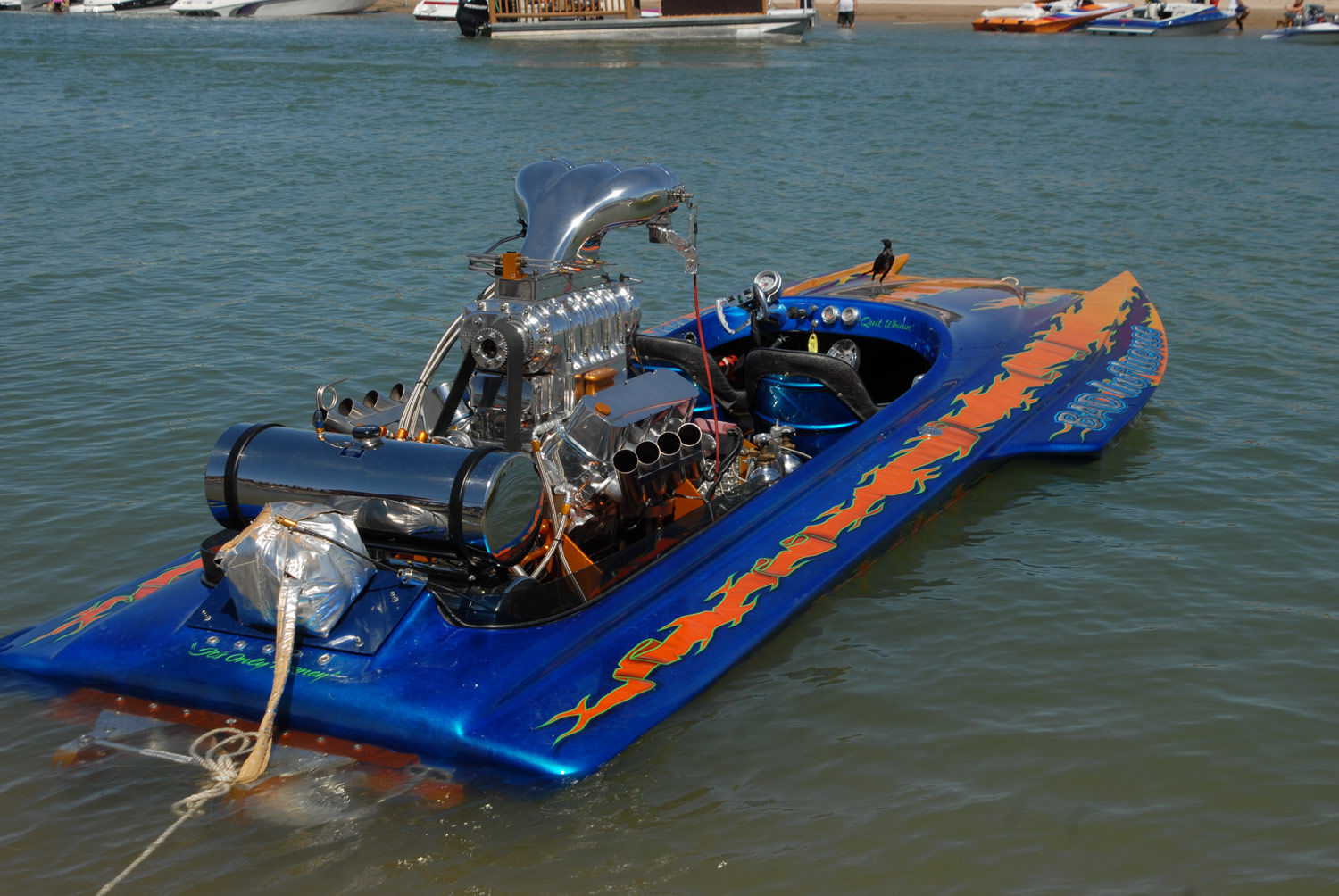 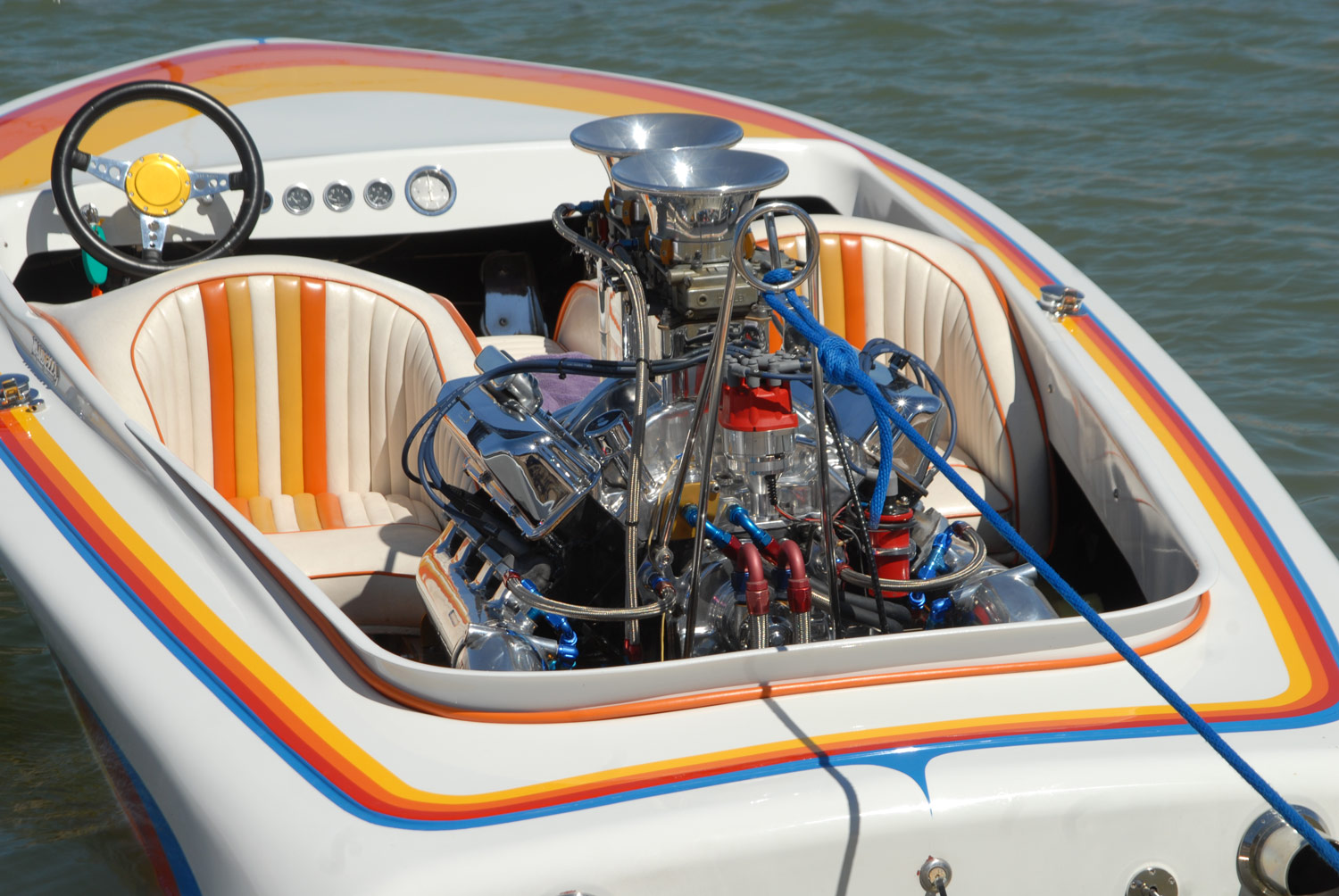 The roots of this event took hold some years back when local inhabitants of the Needles area took notice that a growing number of mega horsepower flatbottoms were showing
up in greater numbers. 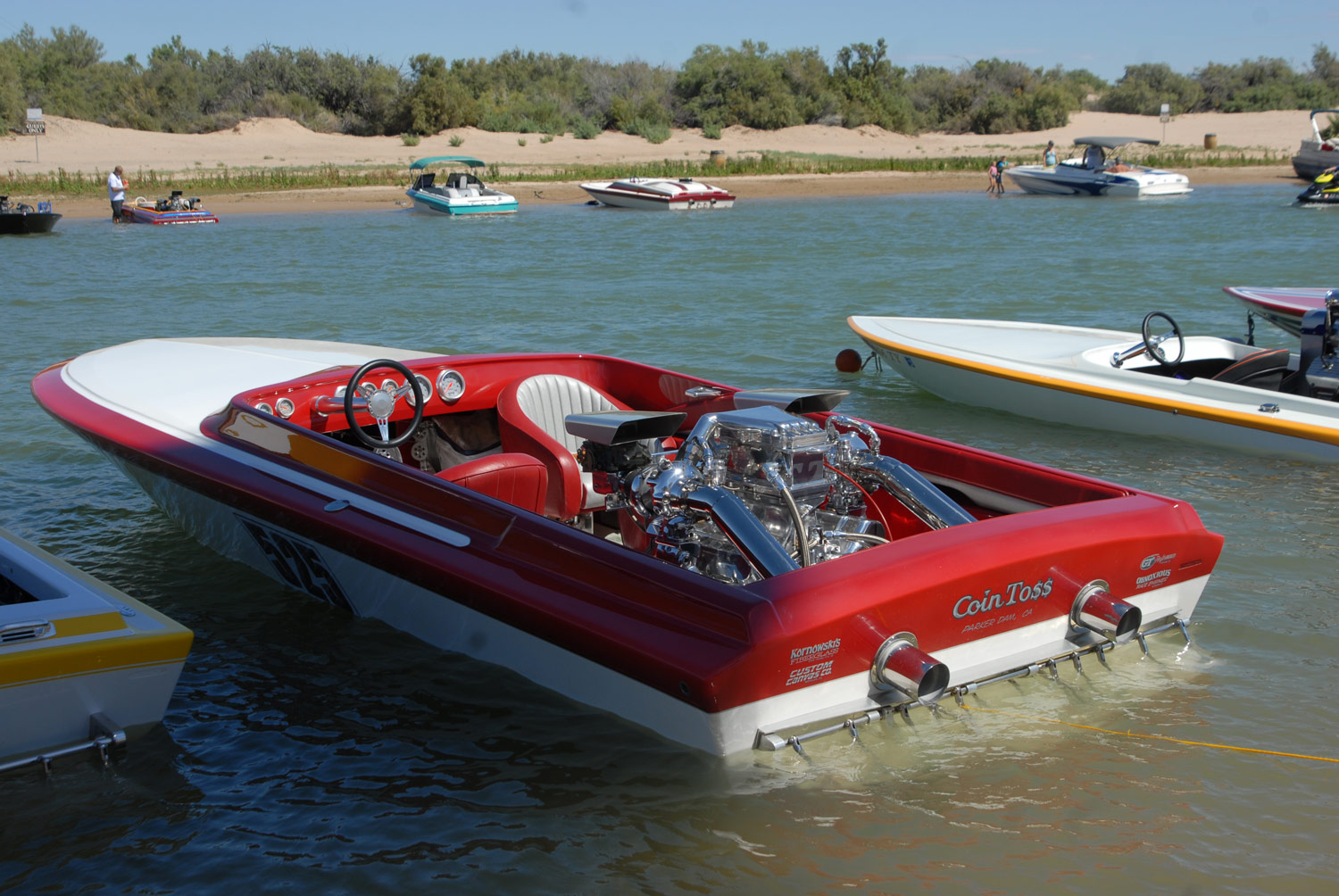 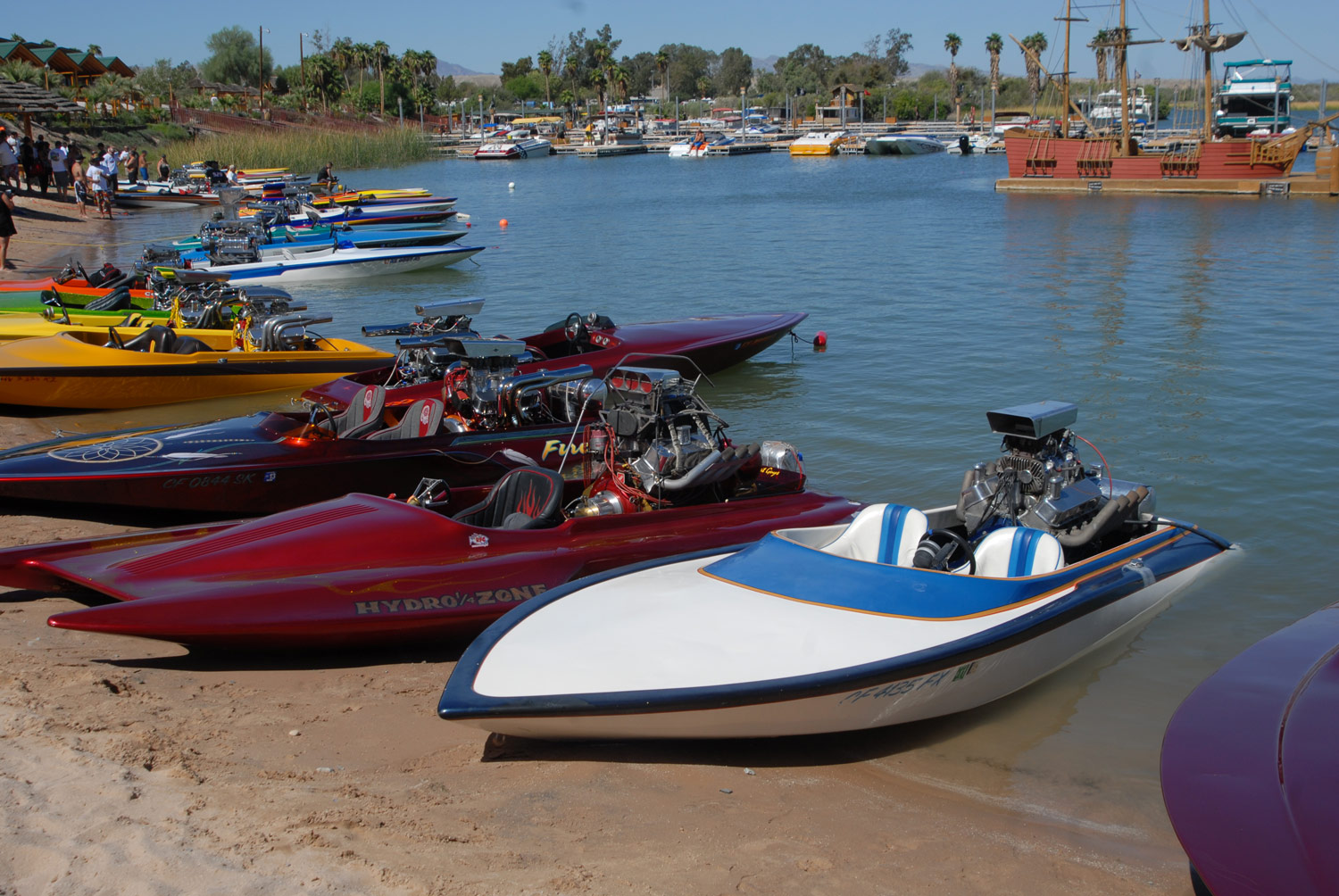 As common interests have a way of developing, close friendships were made and soon a club called the “Needles River K Association” was born of former inboard circle racers and those who had a deep passion for the sport. Although NRKA doesn’t conduct official races, it still keeps alive the spirit of extremely fast inboards and all the original beauty of those classic boats. 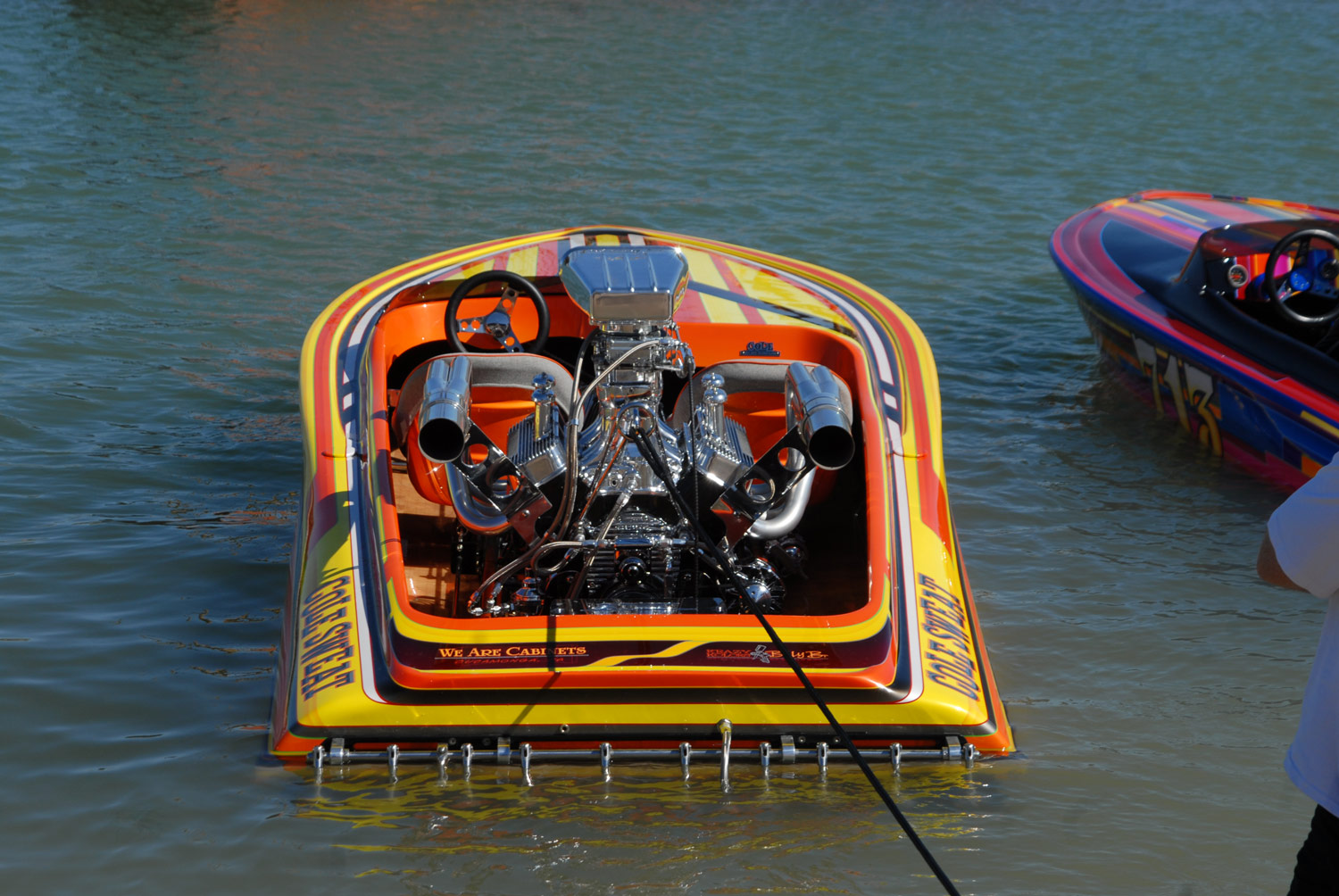 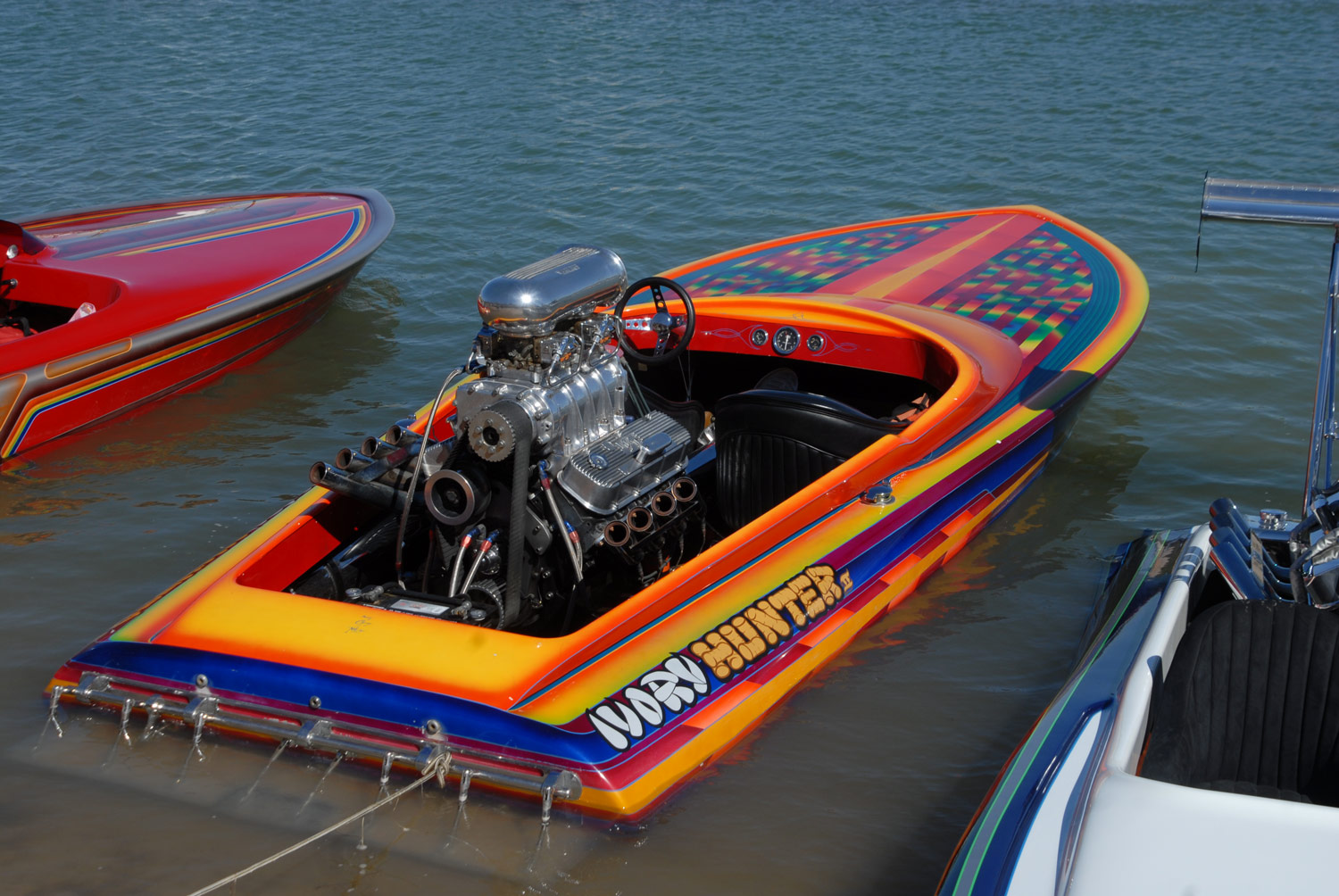 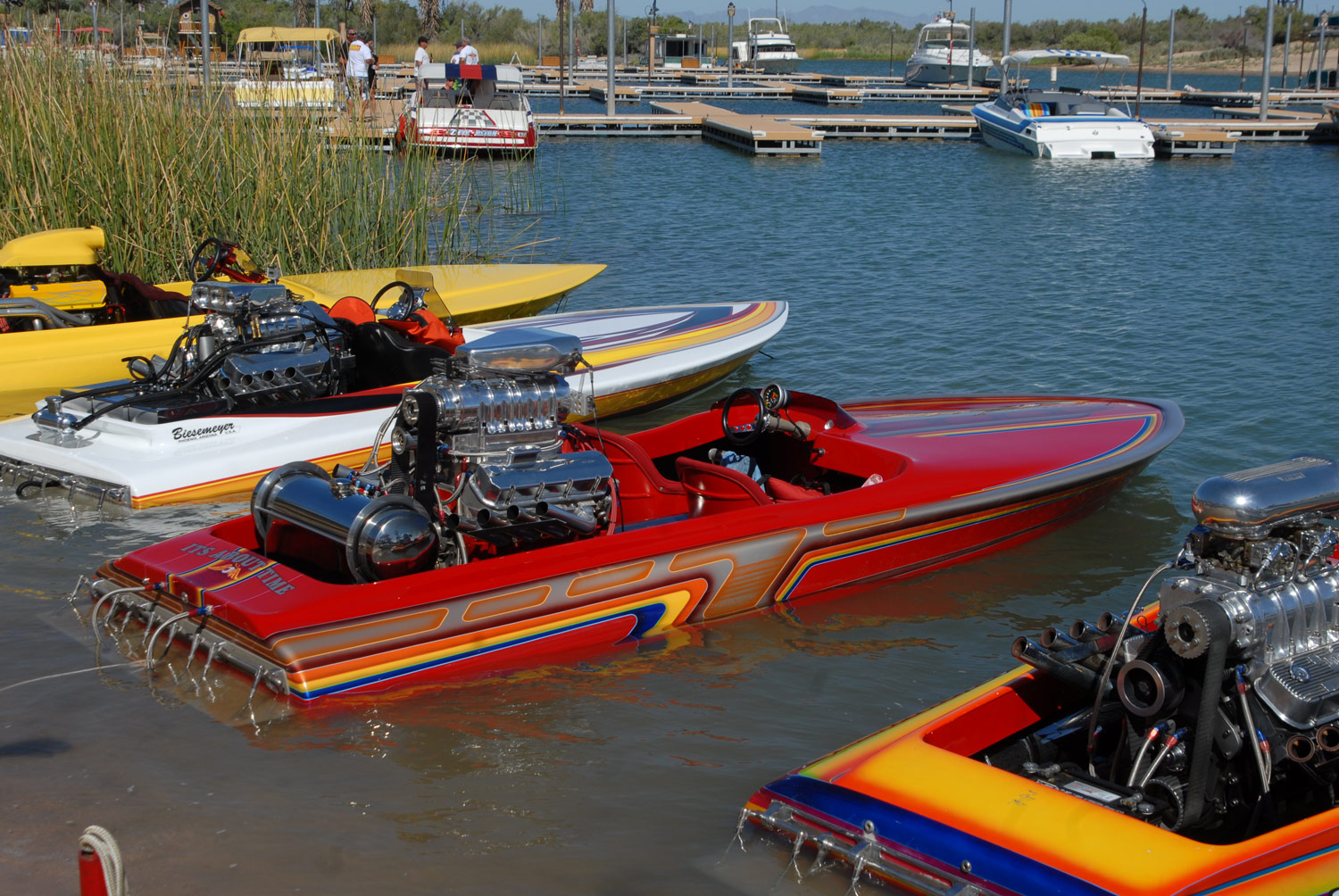 One particularly touching moment at the 2013 River Rockets event was a one-minute ear-deafening salute with motors roaring in honor of, and to memorialize, the recently departed Chris “Church Mouse” Blevens who was known to all in the V-drive world as the honorary “mayor of Bass Lake”. 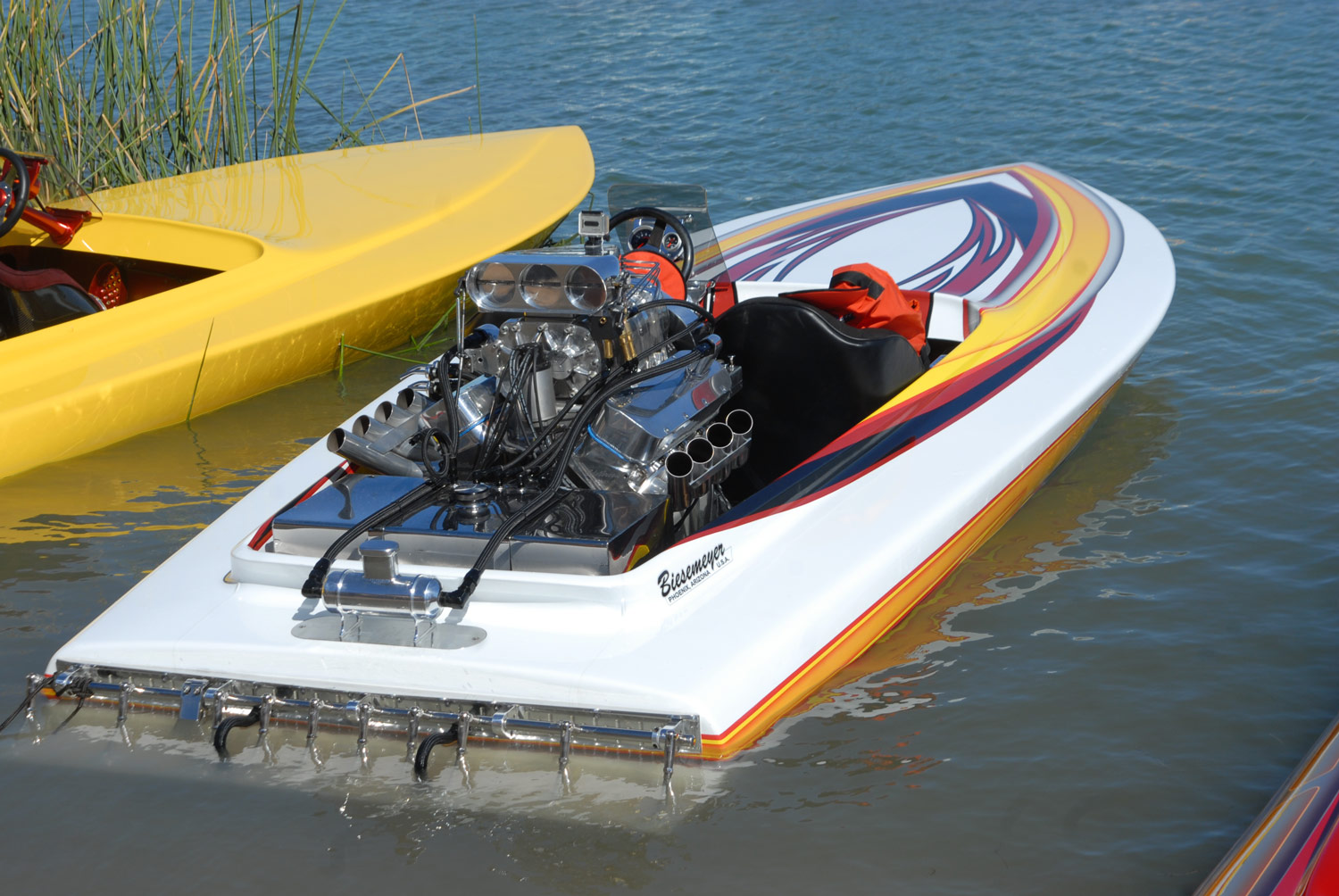 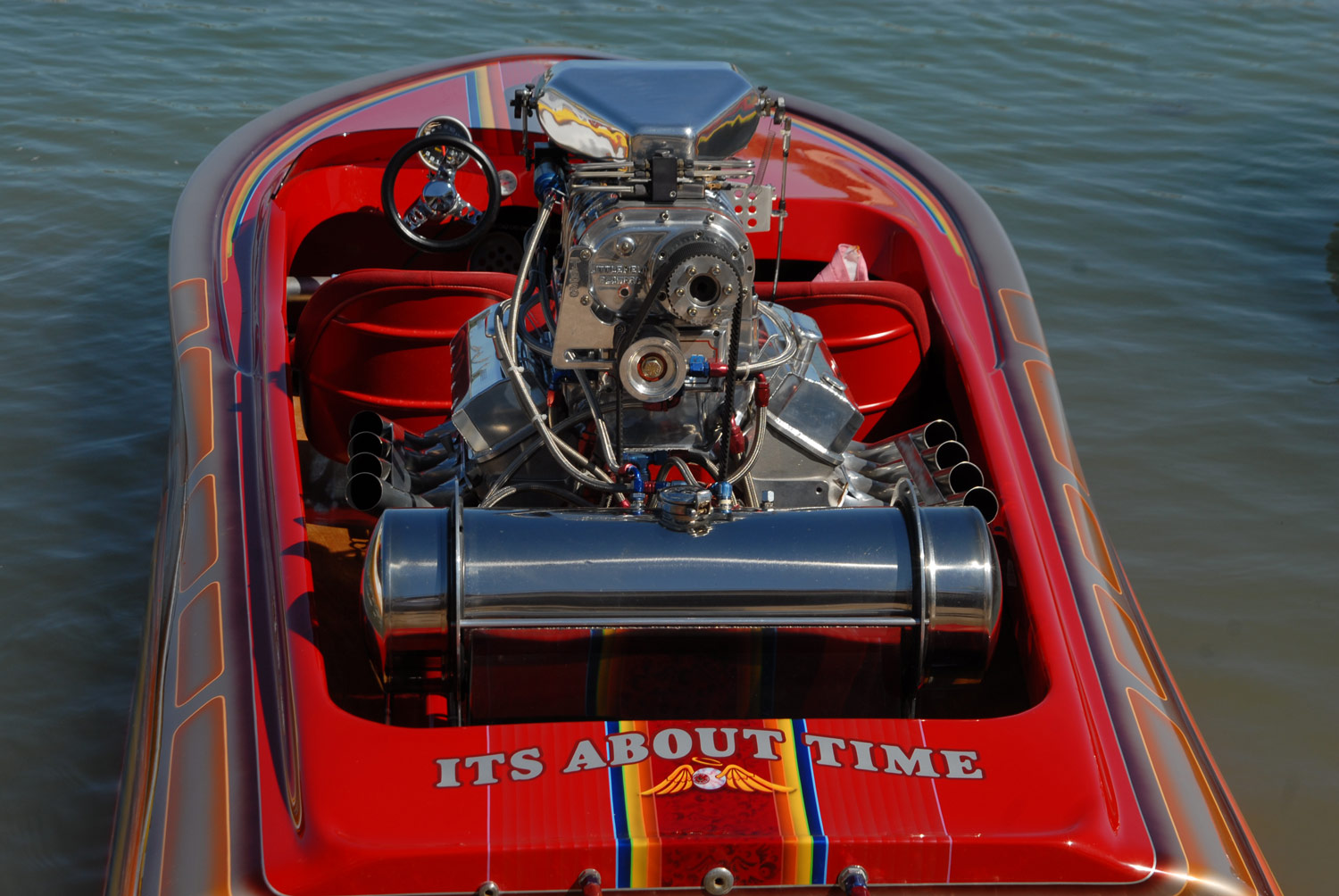 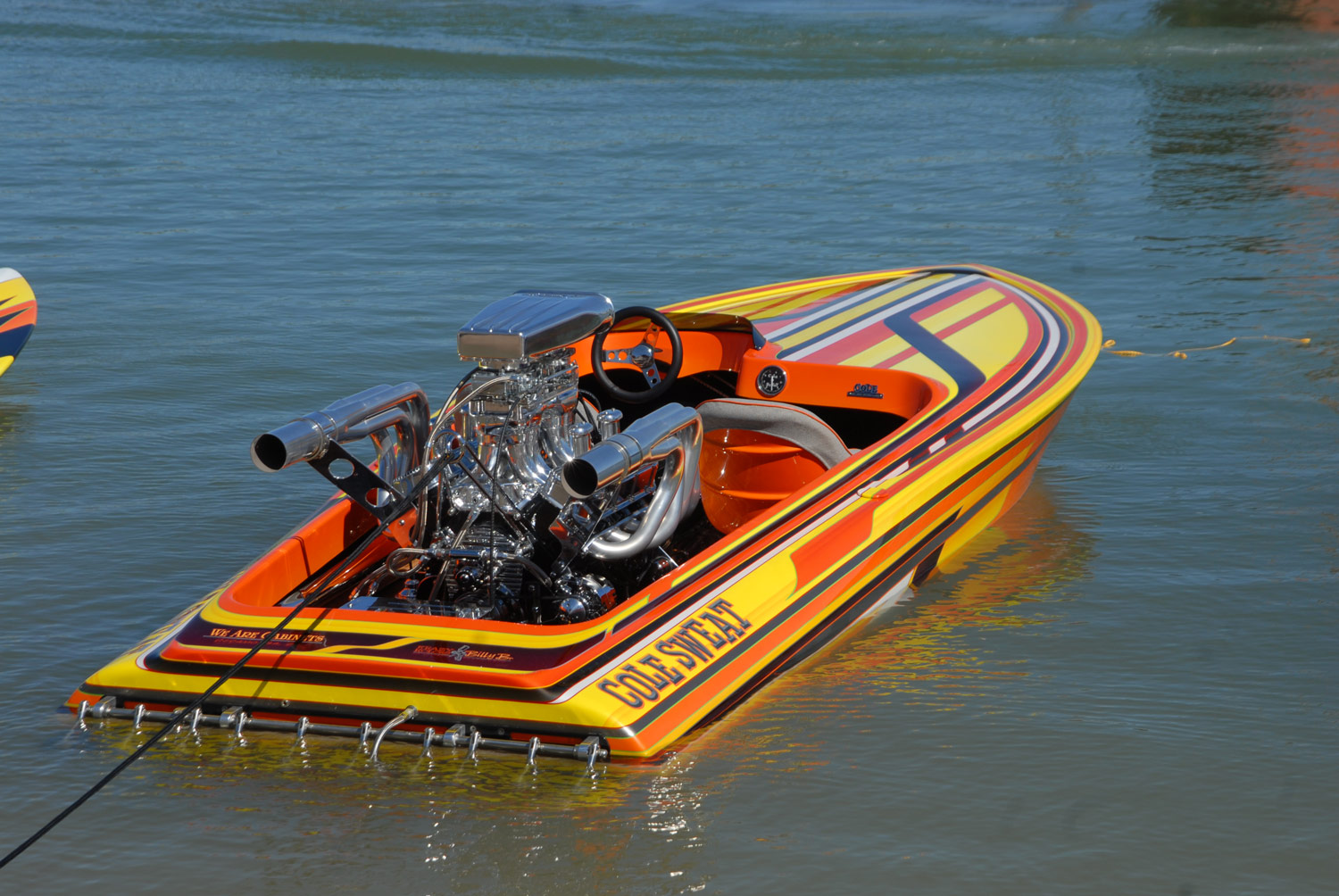 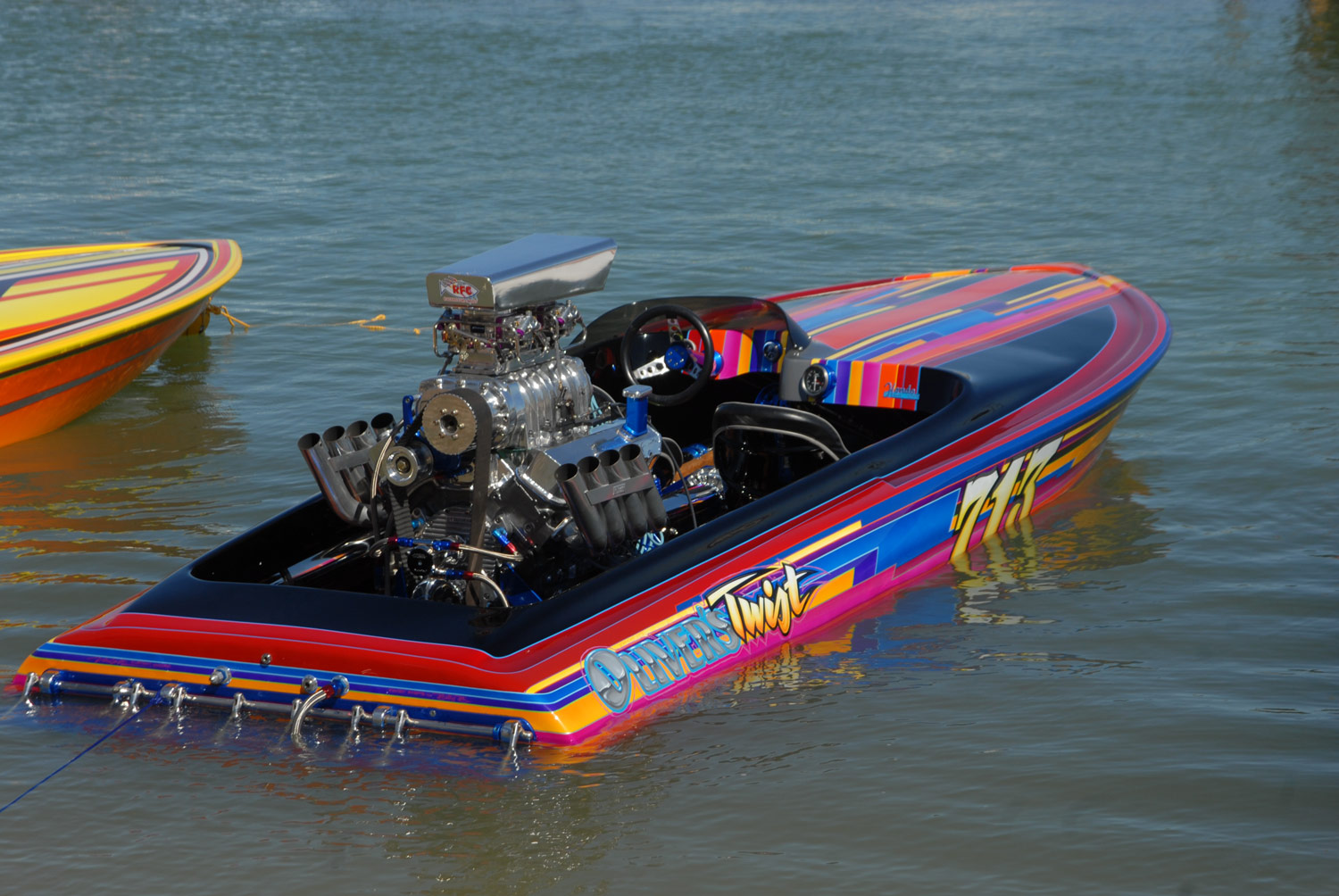 The send-off was truly an appropriate eulogy for a much loved member of the hot boat fraternity. 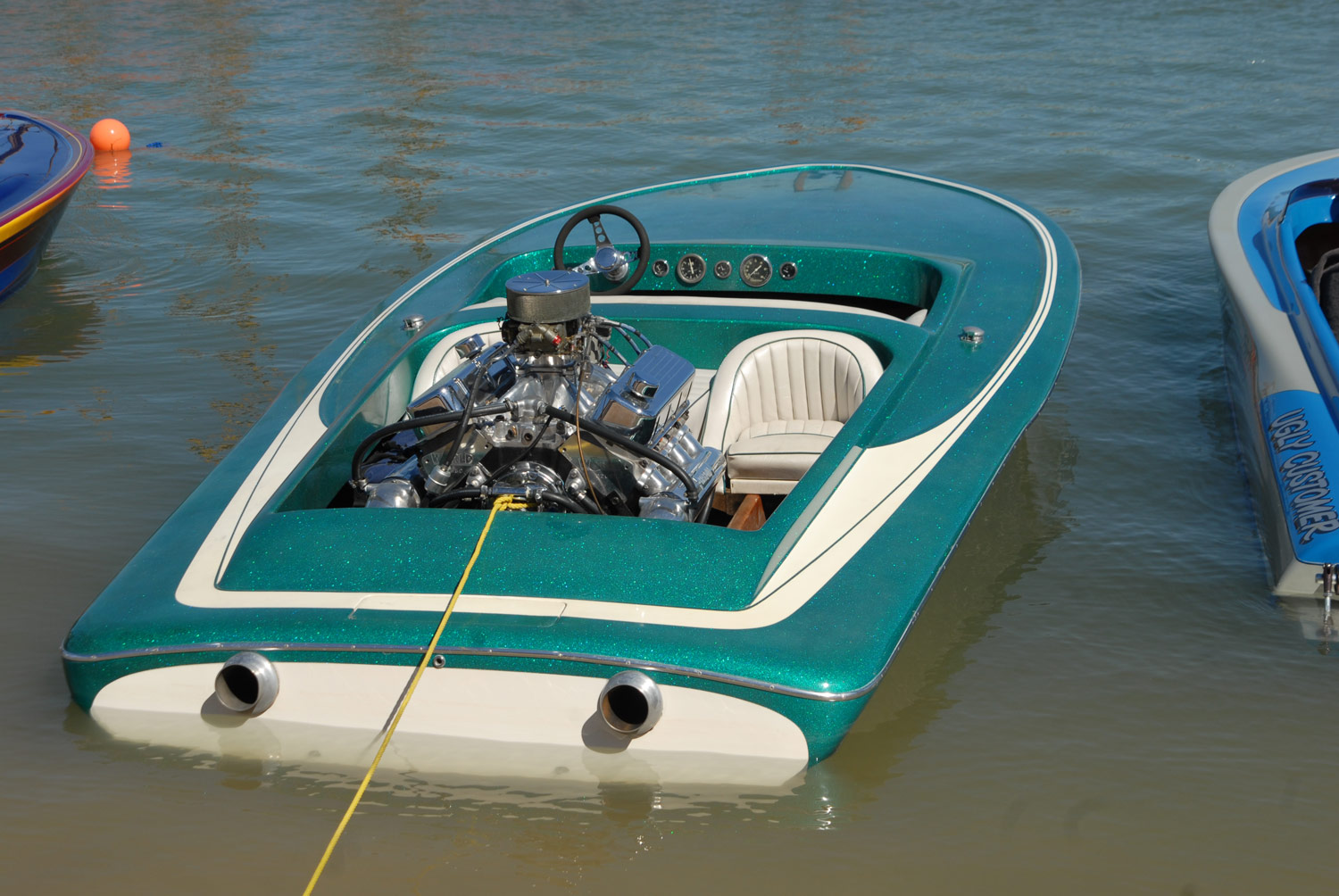 Here’s just a sample of the spectacular equipment that was on display. Over 100,000 horsepower all lined up on the beach is impressive indeed. 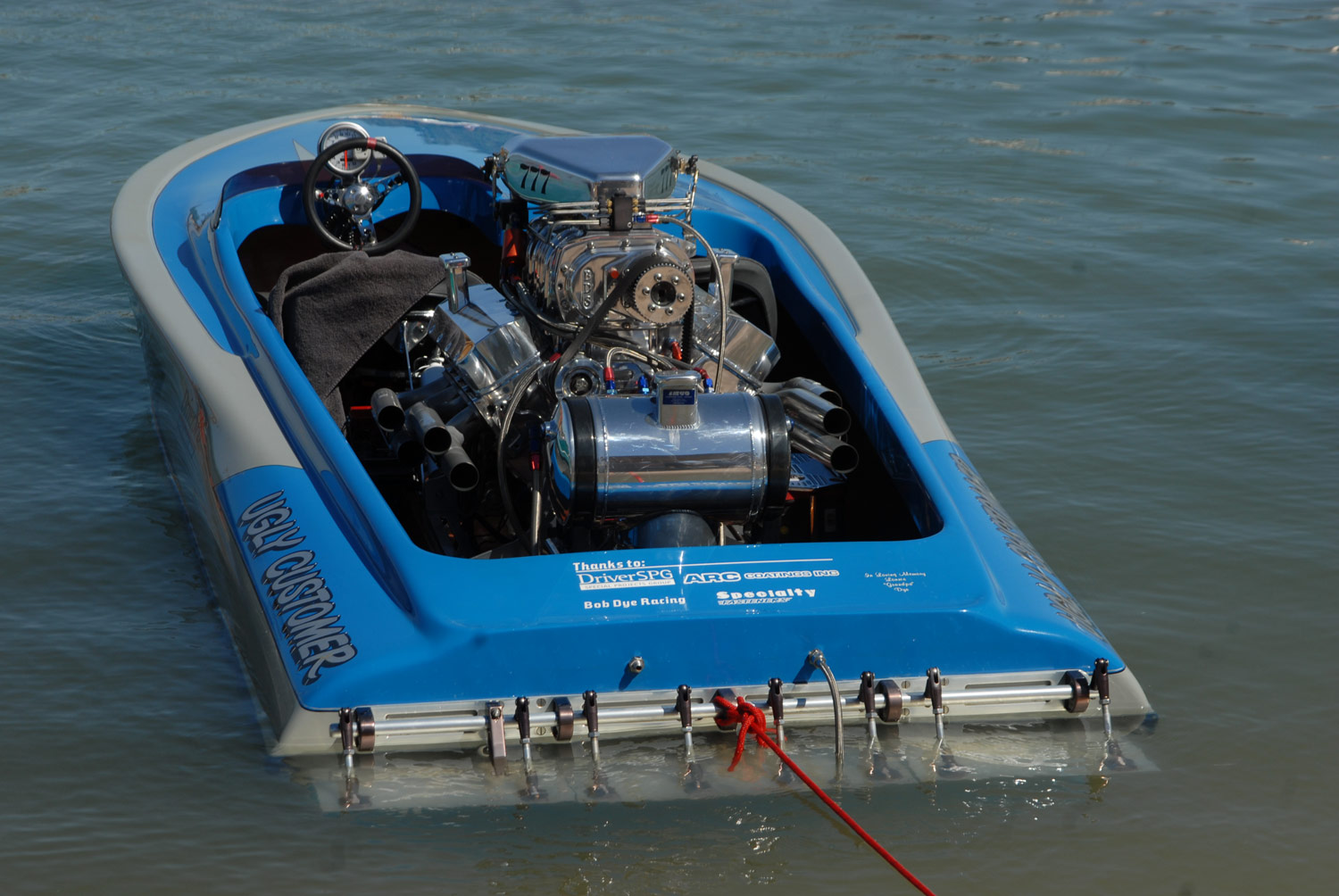 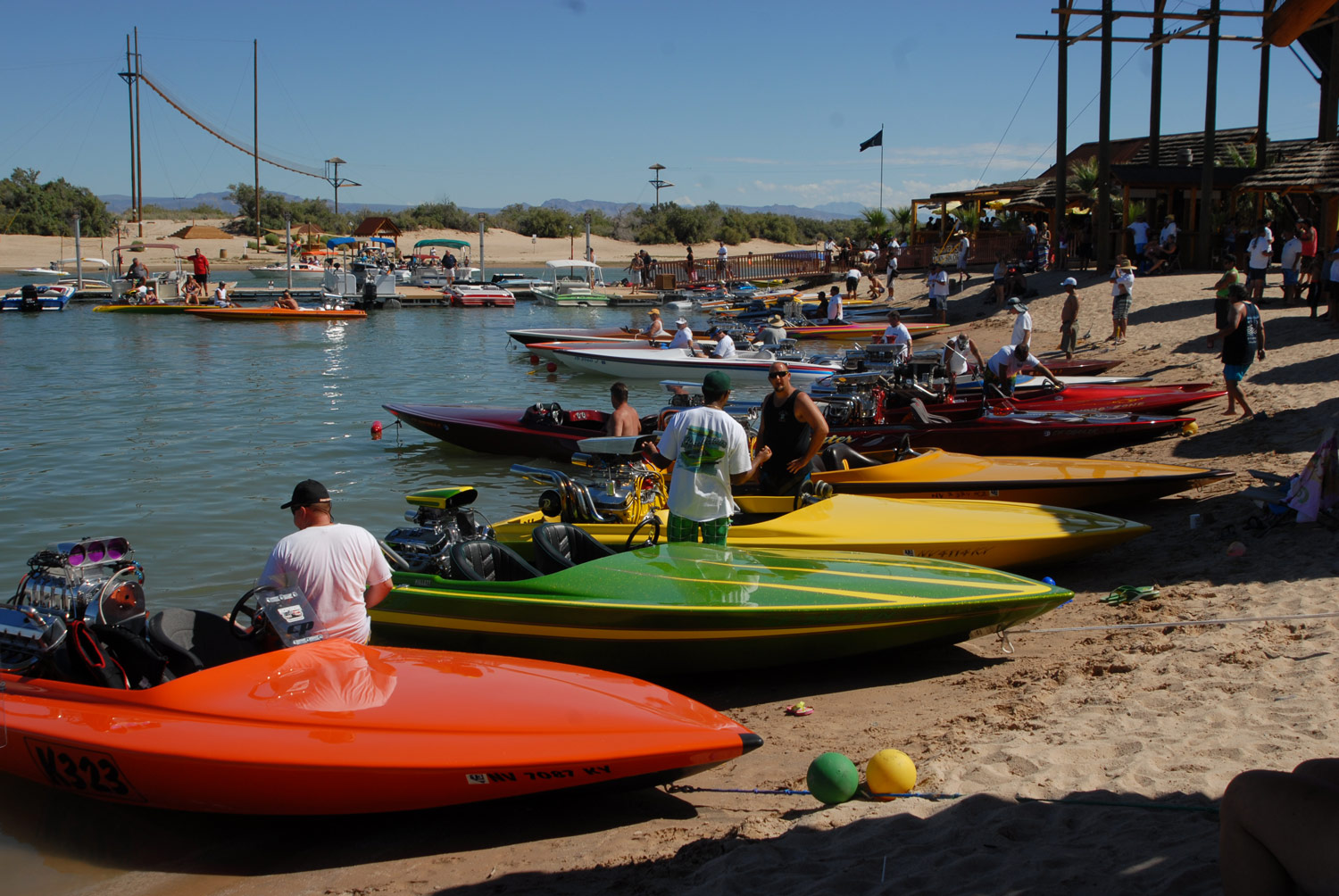 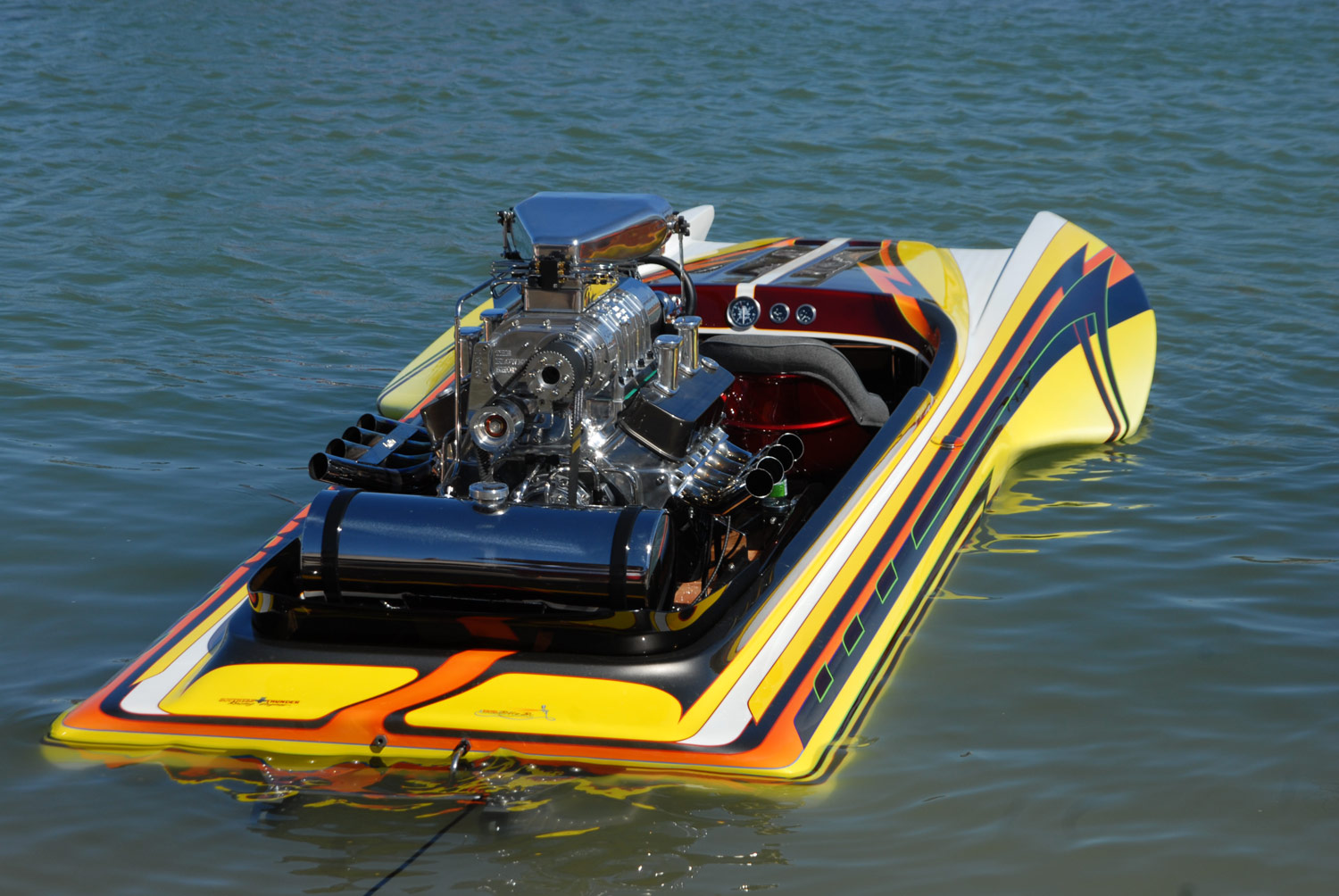 Some beautiful boats !!
man i miss that part of the river. can't wait to get out there again.
This epic past due summer time meet-up of immaculately restored flat bottoms, hydros, and jets have in just a few short years become the maximum astounding in-water display of chrome and horsepower of any Write My Assignment occasion in the united states. As it was time for the once a year “river rockets” meet-up organized by means of the zen master of all things v-drive and custom paint.