After the crushing news from the November 1975 Parks and Recreation meeting, things were left up in the air on many fronts. Racing in 1976 wouldn’t be that much different than before except for the new 5:00pm curfew, noon start on Sundays and no PA system to call the action for spectators….not ideal conditions but livable for the most part.. The elephant in the room, however, was boats must be equipped with mufflers by January 1, 1977. The question was what constitutes an ‘adequate muffler’, what was to be an acceptable sound level and how would it be determined and measured. 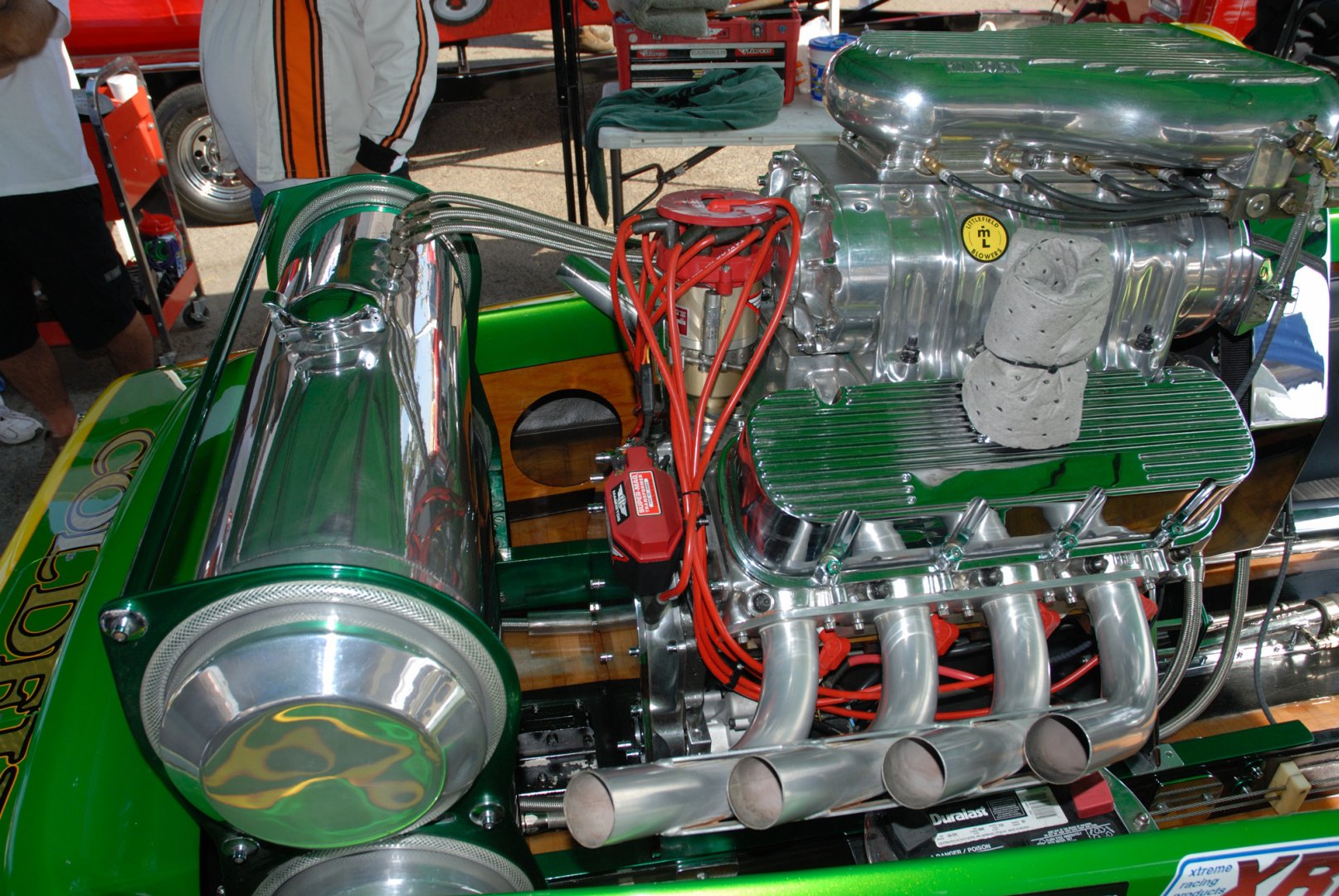 In 1976. The fans really didn’t care that much about no PA system or the 5:00pm curfew. All they cared about was seeing blown fuel hydros and flatbottoms, K-Boats, cracker boxes and a full field of super stocks up close. The racing was genuinely spectacular. 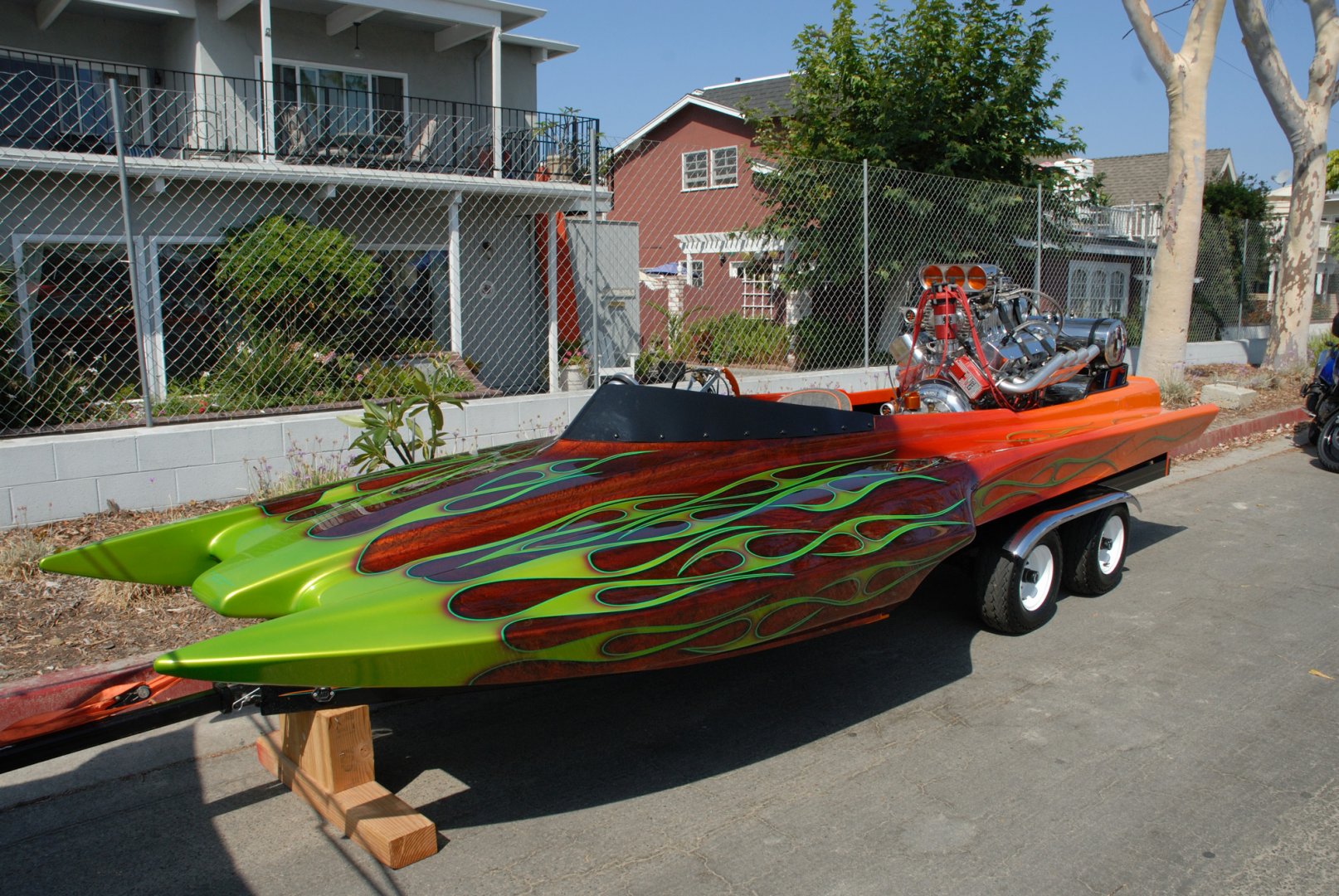 During the 1976 races, Long Beach Parks and Recreation staff monitored a decibel meter at a place on the race course they designated as station #1. Based on that data collected it was pretty clear that the majority of unblown engines were just under the 100 decibel threshold. Not so much, however, for the blown engines, especially those running exotic fuel mixes.

The racing organizations knew that set decibel noise limits were next in the offing. As expected after an April 1976 circle/sprint race, Parks and Recreation staff produced another report and handed it over to the Commission for their review and possible action. The report called for muffled engines producing no more than 95 decibels as measured at station #1 during competition. 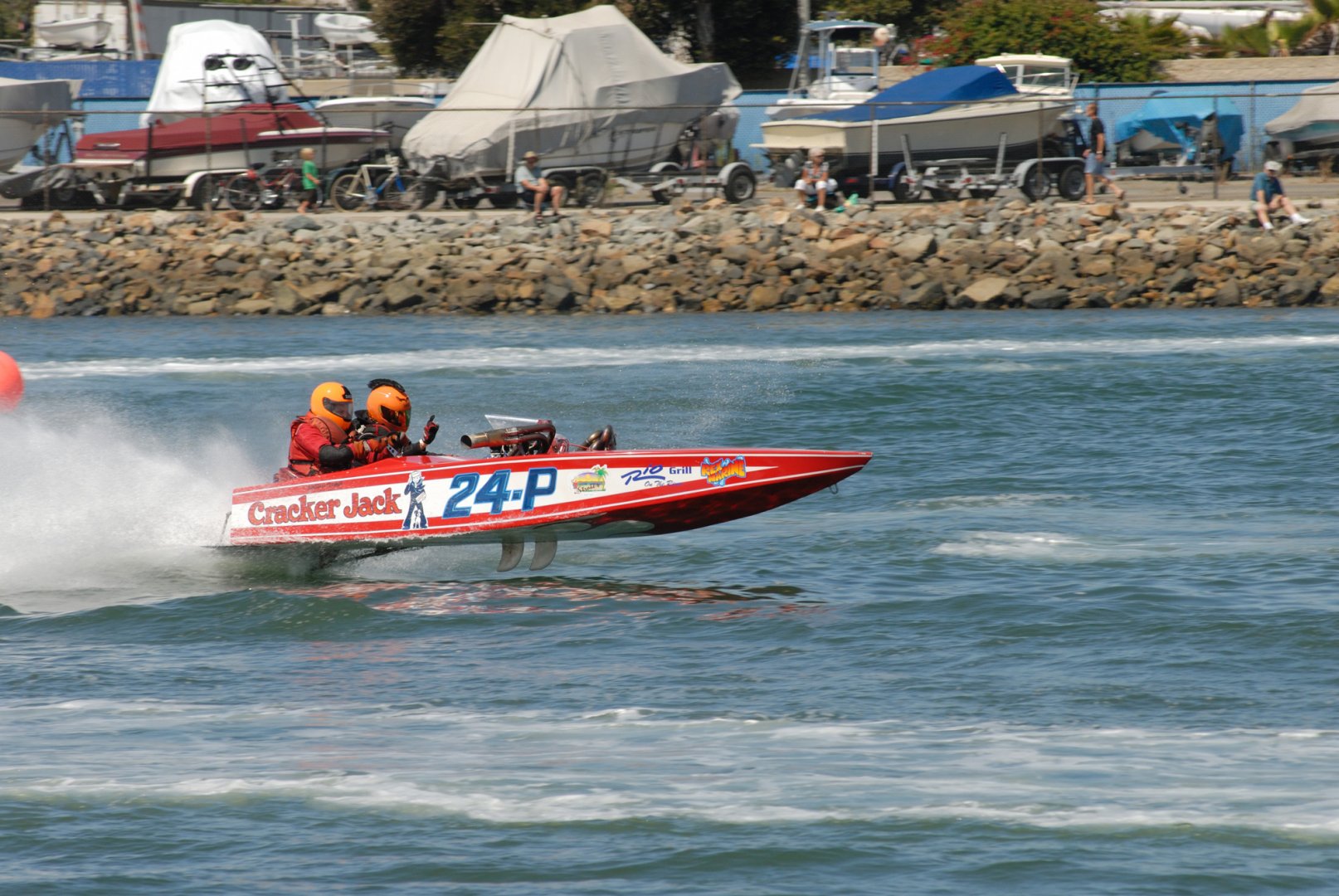 The initial reaction to this recommendation wasn’t too bad. Reducing engine decibels by about five decibels seemed doable although racers had very little practical knowledge on the subject. Within a few weeks a handful of racers were selected to test several muffler products at the Stadium. Unfortunately, the test results were less than encouraging. It was clear that a lot more testing and better technology was needed, and the quicker the better.

A month later the Parks and Recreation Commission met again, this time to discuss noise level regulations to be effective January 1, 1978. After only modest discussion by the Commission, a vote was taken to accept or reject the staff recommendation. In a rather shocking turn of events, the Commission voted 4 to 3 to reject the 95 decibel proposal. Seemingly confused as to what to do next, a Commission member tossed out an 85 decibel number for consideration, turned it into a motion and in minutes another vote was taken which was approved by a majority. The new noise level regulation for racing at the Stadium was a full ten decibels lower than anticipated. The boat racing community was stunned and devastated by this turn of events. What chance did they have of getting to comply with the new 85 decibel standard when they had been struggling for six months to find a solution to barely reach the 95 decibel mark.

To the credit of boat racers, many didn’t give up. For the next twelve months it was an inventor’s paradise. It seemed like every imaginable contraption was tried, a very few showed promise, but the over whelming majority were headed directly for the dumpster if they didn’t fall off and sink during the racing.

When there was a significant lowering of the decibels (none got down to the 85 dbA mandate ) with mufflers, there was an accompanying unacceptable loss of horsepower and performance as far as the racers were concerned. Some prototypes were so restrictive that they actually caused harm to the engine due to excessive internal back-pressure. High compression engines and mufflers were not a good fit
. 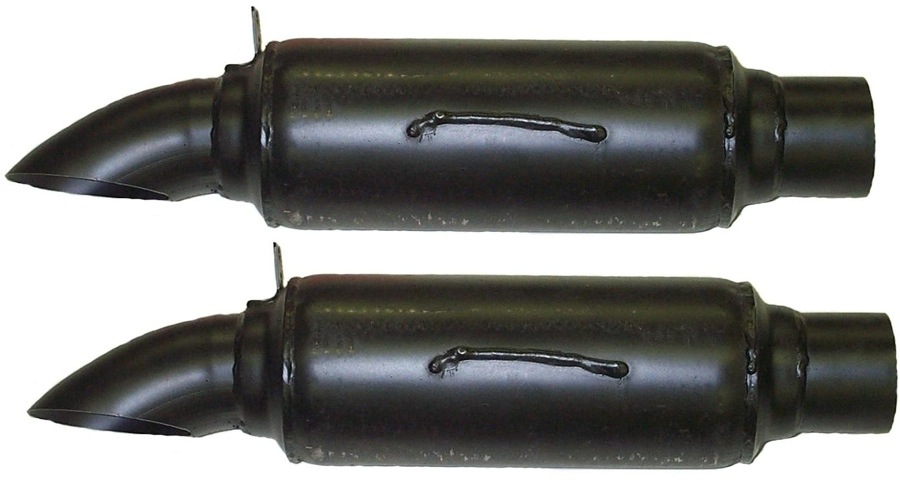 On March 18-19, 1978, NDBA held its first race of the new season, and its first race at the Stadium under the new 85 dbA rule. NDBA, knowing this was likely to be somewhat chaotic, did little or no adverting about the event. The event still pulled nearly 2,500 paid people through the gate compared to 9,000 for the same race a year prior.

On Saturday qualifying, 147 passes were made with mufflers, 88 percent of the runs were at or below the 85 dbA threshold, a very encouraging sign.
But Sunday finals were yet to come
. 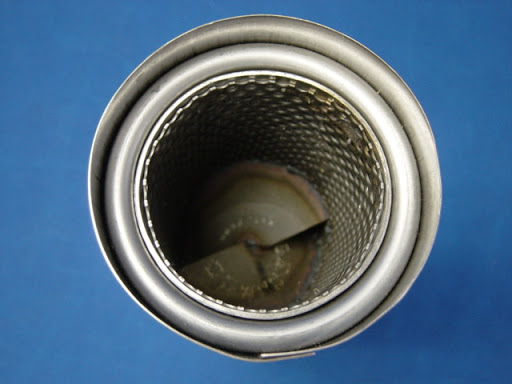 Now boats were paired off in head-to-head side-by-side races. A total of 66 two-boat drag races occurred on Sunday and 55% (over half) of the runs registered over the 85 dbA limit. This meant that over half the races held on Sunday ended in disqualifications and there was no way to determine which boat was the violator or both. At the conclusion of Sunday racing, long-time NDBA race director Ralph Roberts said, “This was the best organized fiasco in boat racing history.” 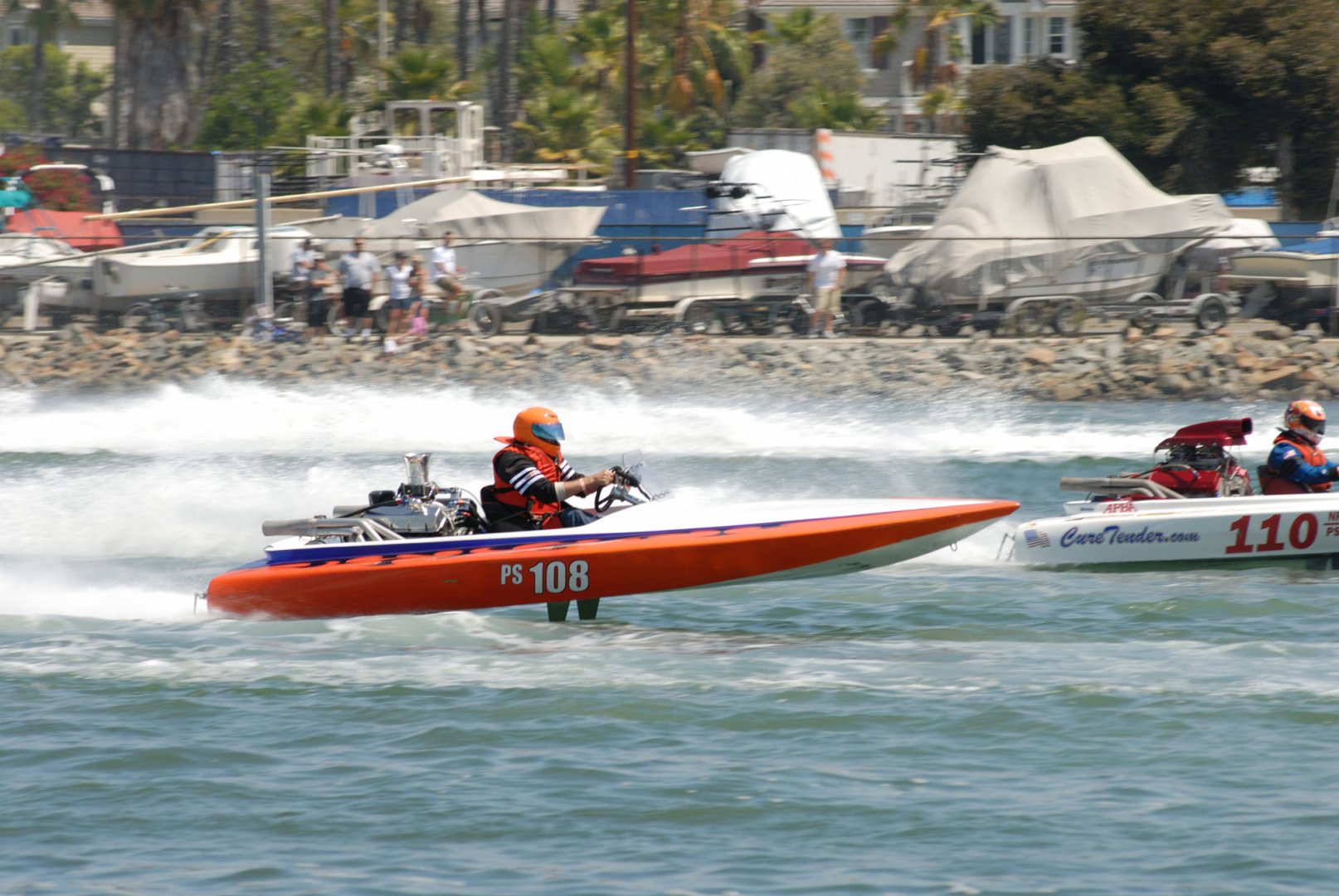 Following the March debacle, SCSC president Rod Zapf appeared before the Parks and Recreation Commission on April 13. Zapf made an impassioned plea to the Commission to reconsider the unrealistic 85 dbA limit and adopt the 95 dbA level that was recommended by staff in the first place. The Commission listened intently, however, to no avail. Once Zapf completed his remarks, the Commission brushed off those comments and moved on to other Commission business without discussing or voting upon the 95 dbA request. That dead end response prompted the LBBSC to immediately cancel its end of April Regatta of Champions.

So, where did it go from here? Boat racers were both discouraged and fed-up with trying to please the Commission and the City of Long Beach for nearly five years. They felt like they had gone the extra mile to try and comply but were rejected by the City at virtually every turn. 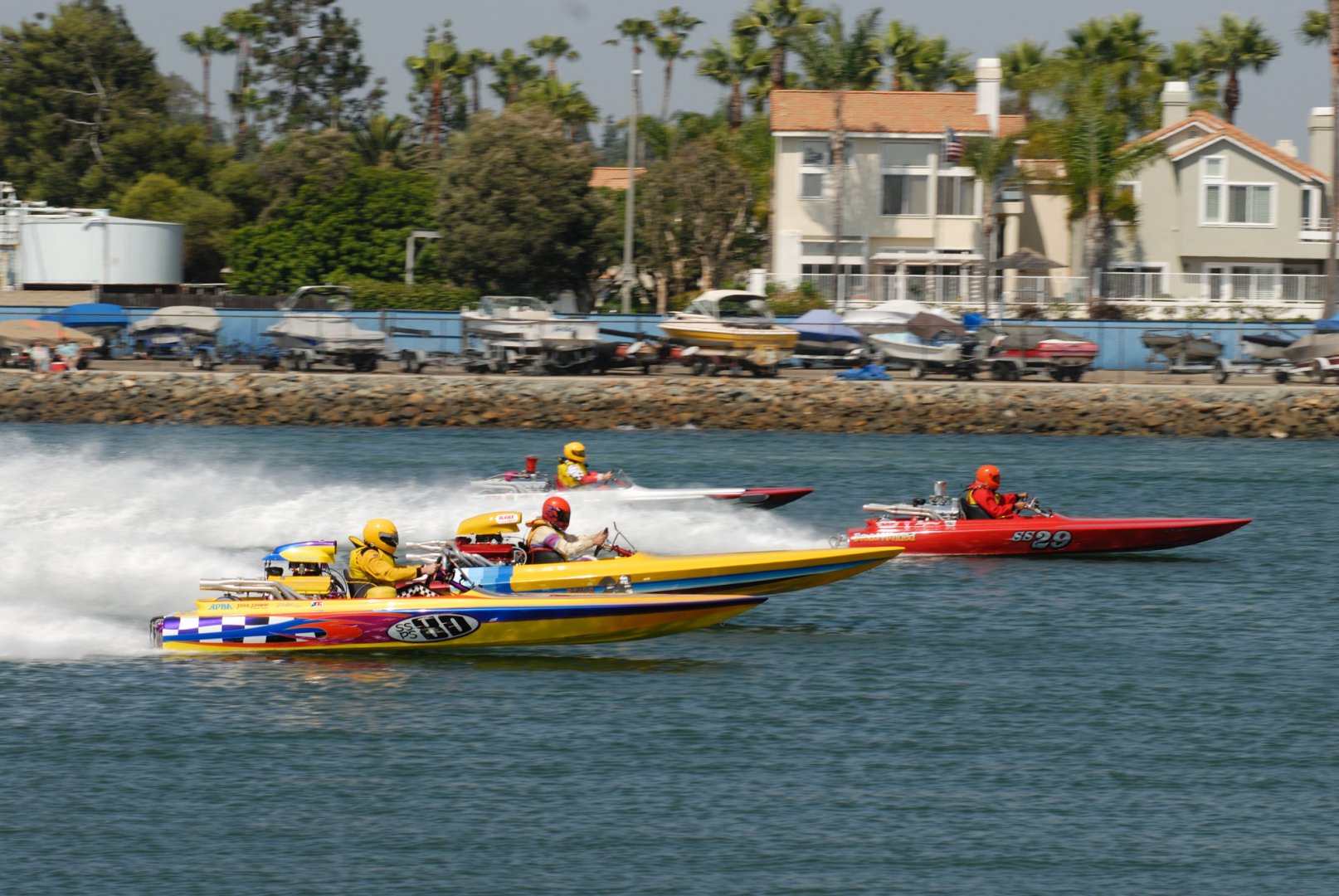 About that same time, Firebird Lake outside of Phoenix appeared to be coming back into the picture with new management. And, only a short time later, Irvine Lake became a very attractive venue for boat racing events (maybe more about that at a later time).

Since the 1978 collapse of Long Beach Marine Stadium, a lot more has happened. SCSC events, largely through the persistent efforts of Ross Wallach’s RPM Enterprises has been successful in persuading Long Beach to allow one circle/sprint boat race a year (APBA Nationals) in early August (suspending the decibel limitation for only two days of competition and no drag boats). Long Beach, however, doesn’t appear to be warming up to the idea of Stadium boat racing as City politics seem to get thicker every year and the 2020 race was canceled due to Coronavirus restrictions.
Reactions: One2go, LBsuperJET, Universal Elements and 6 others 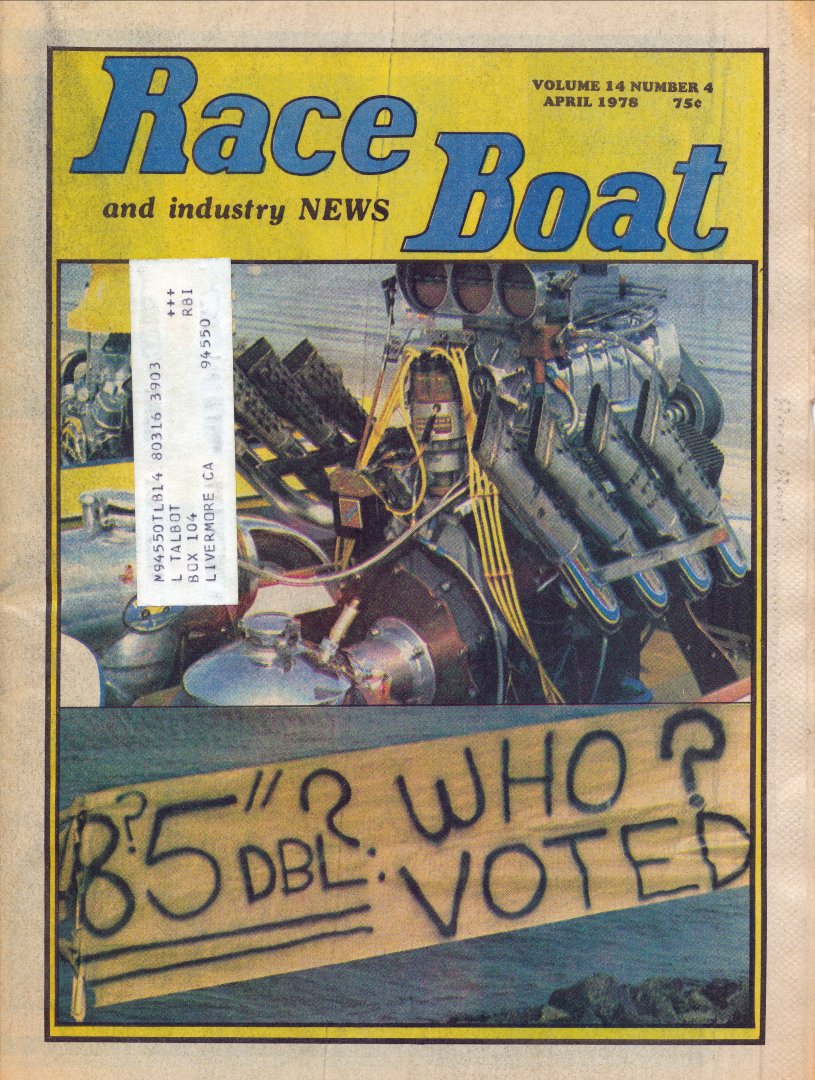 Good story.
I raced Cracker boxes at the Marine stadium at the time when we had to run mufflers.
It was better than not racing.
I think the commission was expecting turbine Unlimited Hydroplanes when they set the db limit. I went to one race at LB when they had mufflers. It was still really cool to see the racing there (my father raced there when he was young), but I was completely turned off by the mufflers. My dad kept telling me how there used to be no houses and no one cared.

Today, I am sort of going through the same events with NHRA and Pomona. The fairplex used to not have houses around it and now all the neighborhoods complain about the noise. F them, they moved there. That's no different than moving next to an airport and then indignantly demanding they go somewhere else. They were there first, deal with it. Your house was cheap for a reason.