Article Gallery
I'm sure many of you are fans of the long-running Discovery Channel’s hit TV show, "Deadliest Catch." And when you’ve been around as long as I have, you occasionally have the opportunity to meet some interesting boating-type characters along the way.

It was the summer of 2007 at the San Diego International In-Water Boat and Yacht Show on Harbor Island. I was doing advertising, publicity and promotions work back then for the relatively new boat show. It was also about the time when “Deadliest Catch” was at its peak in the ratings.

As luck would have it, one of the boat show staff members happened to be an acquaintance of one of the crab boat captains, Larry Hendricks, who was being featured on that season of shows. He and I discussed how cool it would be to have a “Deadliest Catch” principal player, or players, make a personal appearance at the show. One thing led to another and we thought why shoot for middle-of-the-road, let’s go for the full ‘monty’ and see if we could get a couple of captains to join us for a day or two in San Diego.

Well, we made the pitch, and much to my surprise we struck gold. Larry was ready to get out of Alaska for a little vacation before crabbin’ season was preparing to start again. And, the jackpot part was he said he was going to bring his good buddy along too, Phil Harris, the legendary captain of the “Cornelia Marie’. 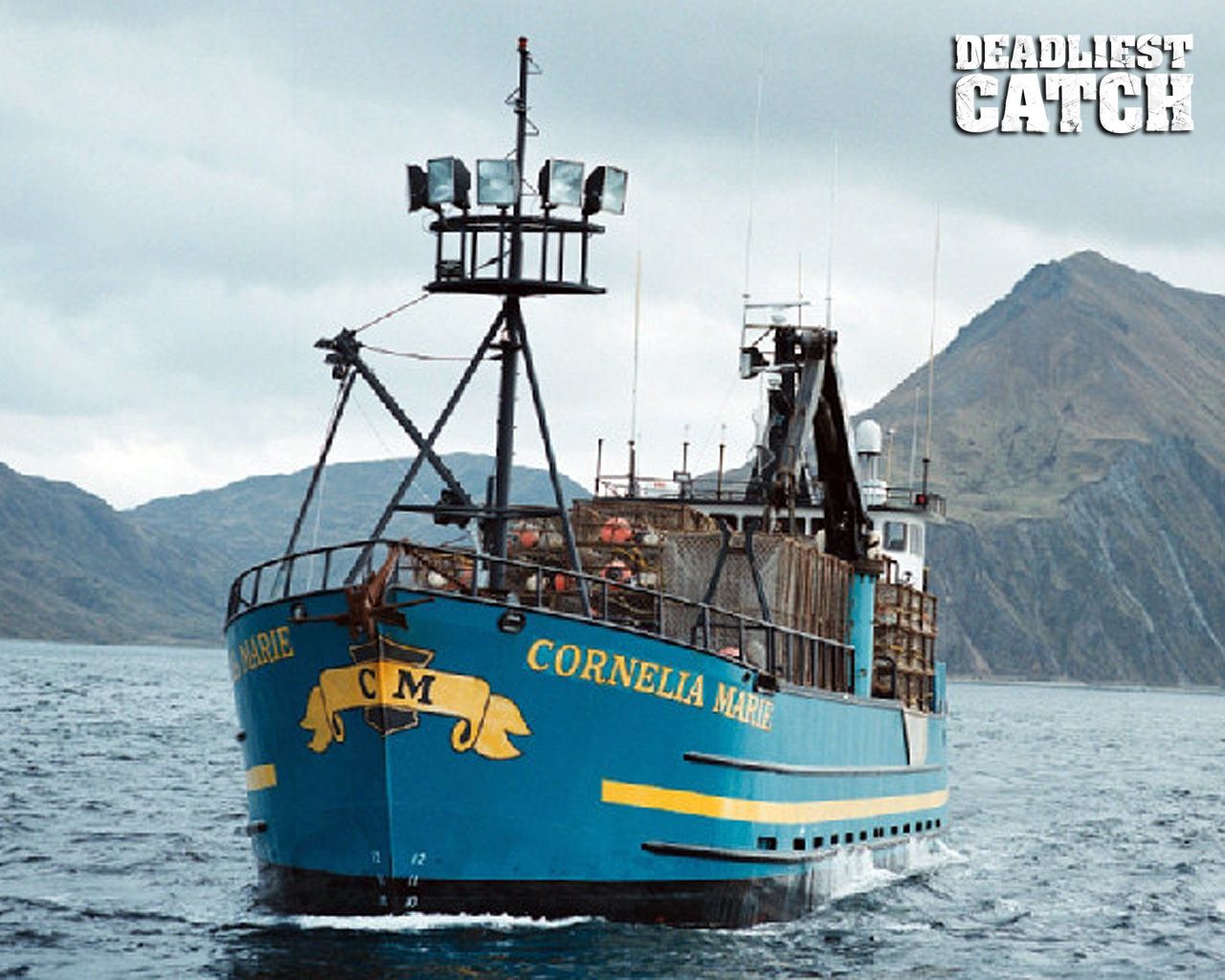 It was a four-day show and the fishing duo actually stayed and hung out for three. Usually trying to drum-up interesting PR hooks to attract the media for a boat show isn’t all that easy. But this time, it was different, It only took one press release and San Diego media couldn’t get enough of the “Deadliest Catch” boys.

I don’t think Phil and Larry realized what they had got themselves in to. We had booked radio and TV live interviews everyday starting at 6:00am until late morning, And whenever there were a few spare moments (and there weren’t many) newspaper reporters were waiting on-hold to hear their stories of the Bearing Sea. 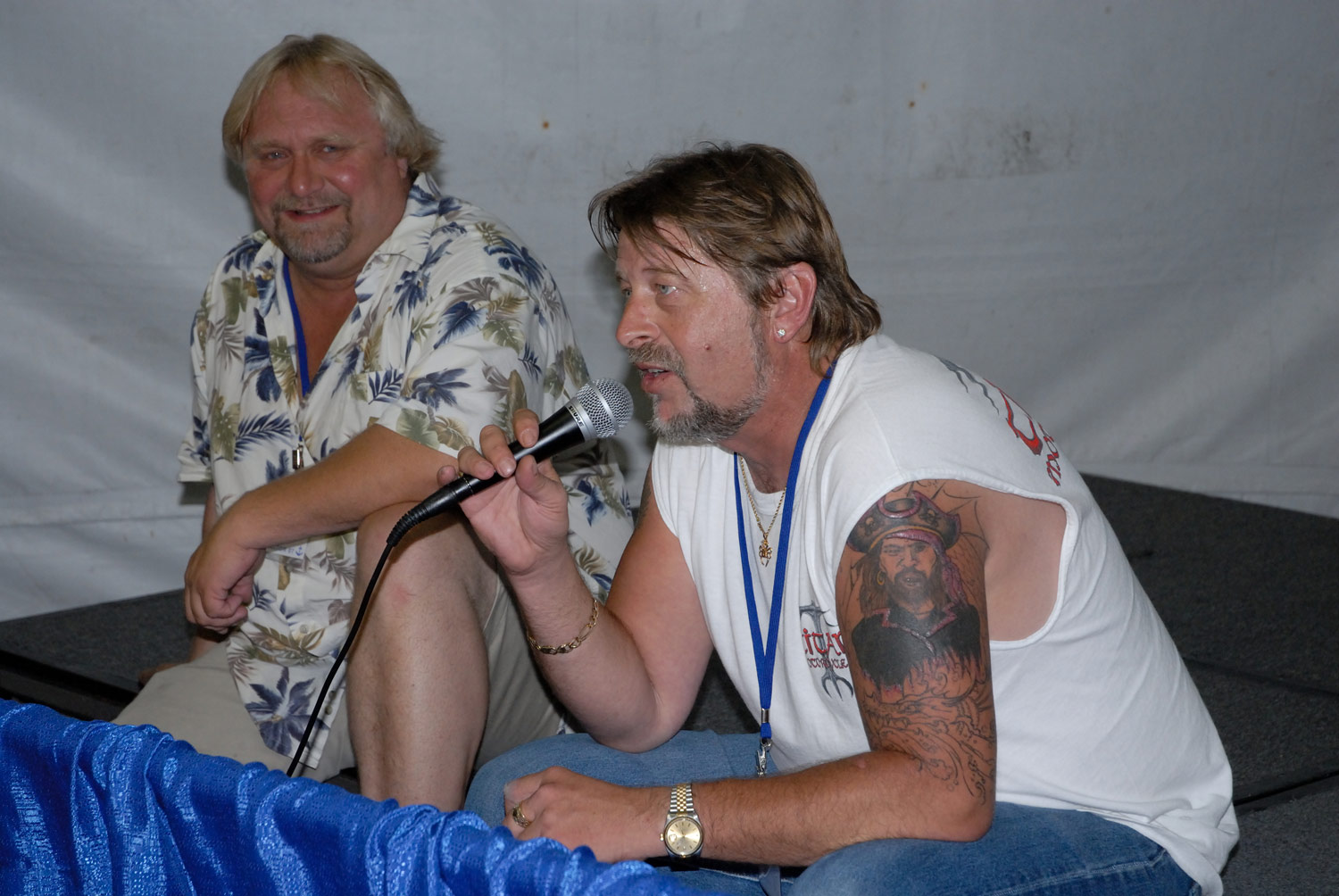 Each day, Phil and Larry graciously did Q & A seminars in an adjacent boat show tent to SRO crowds. They were as good at working a crowd as they were at finding where the crabs were hiding.

Most of the San Diego Boat Show was in-water, and at dockside, Bob Leach from Eliminator Boats had brought one of their new 30’ Daytonas for qualified buyer test rides. Phil and Larry were impressed by the 8-color custom gelcoat graphics. They had never seen anything like it in Alaska.

Bob had left the keys in the boat (he really should have been more careful) so when I suggested to Phil and Larry they should go for a ride they hopped in the Daytona cockpit with Olympian speed. I wasn’t far behind and settled in behind the driver’s seat.

We idled out of the boat basin marina and then embarked on a cruise of San Diego Bay including the Coronado Bridge, Naval ships in port and Fishermen’s Village. It wasn’t long before Phil wanted to know how fast the Eliminator would go. I told him to sit back and watch the GPS speedo on the dash…..40 – 50 – 60 – 70 – 80 – 90 and finally 92 mph. Not bad for a pair of MerCruiser 496 HO/Bravo I packages under the engine hatch. Larry was a little nervous at first but Phil was having a good time from start to finish.

Phil said it was the best and fastest ride of his life....much better than crab fishing. What most impressed me about Phil and Larry was they were exactly the same in real life as they look, sound and act on the TV show. Nothing phony about these guys. Even back then, Phil was having some health issues. He was a non-stop smoker who couldn't quit -- when I'd pick him up at the hotel for an early morning live interview at a local radio station -- he was never without cigarettes and a cup of black coffee. 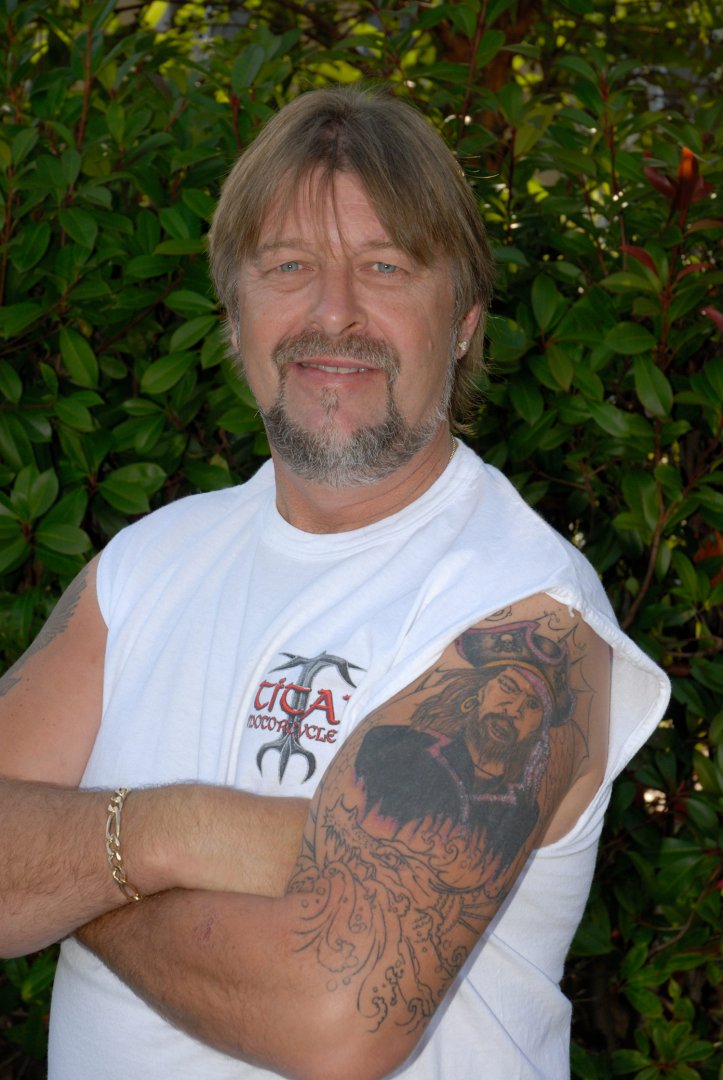 Regretfully, on January 29, 2010 Phil suffered a massive stroke while offloading C. opillio crab in port Saint Paul Island in Alaska. Two weeks later in a hospital in Anchorage, Alaska, Phil Harris died at the age of 53. Gives you something to think about.
Reactions: Ace in the Hole, redone76, MV Mike and 2 others

I remember when you brought them to the boat show!! I wanted to meet them, but just missed them as we arrived late.
Huge fan of the show!