Holy mackerel... the ideal story angle for the anglers among us jumped right out as I sat staring down at my rainbow-backlit gaming keyboard (just a fan of the colors, I'm not a gamer unless it's Charles Angeles pinball) working on the game-changing Nor-Tech 392 Super Fish. While deciphering through my interview notes on the Super Fish with angler-ific architect Alden Thornton during the 2020 Fort Lauderdale International Boat Show (FLIBS), and looking back to my conversation with Steve Sprague at the Tuppen's Marine open house just days after the show; it made perfect sense to combine the two. Why? Because adding the Super Fish to the Tuppen's lineup is as great a catch (pun absolutely intended) as the 392 is, not to mention the background details around Sprague's first run-ins with the luxury center console. 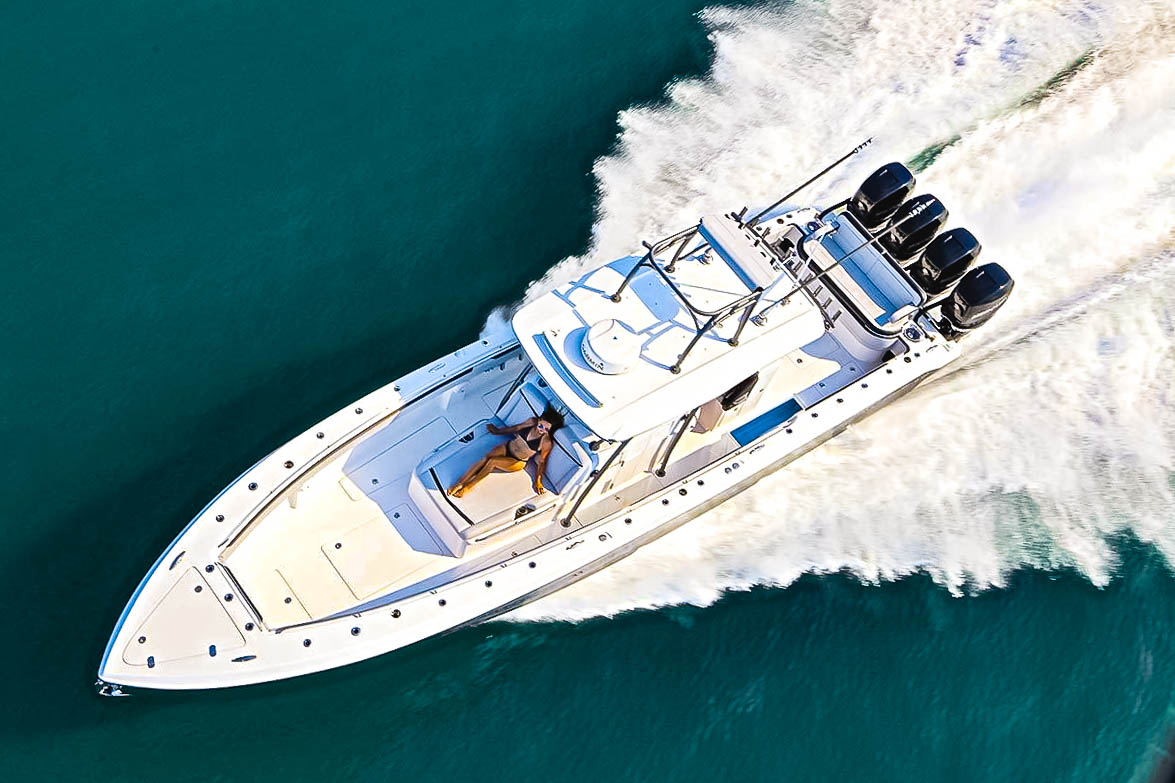 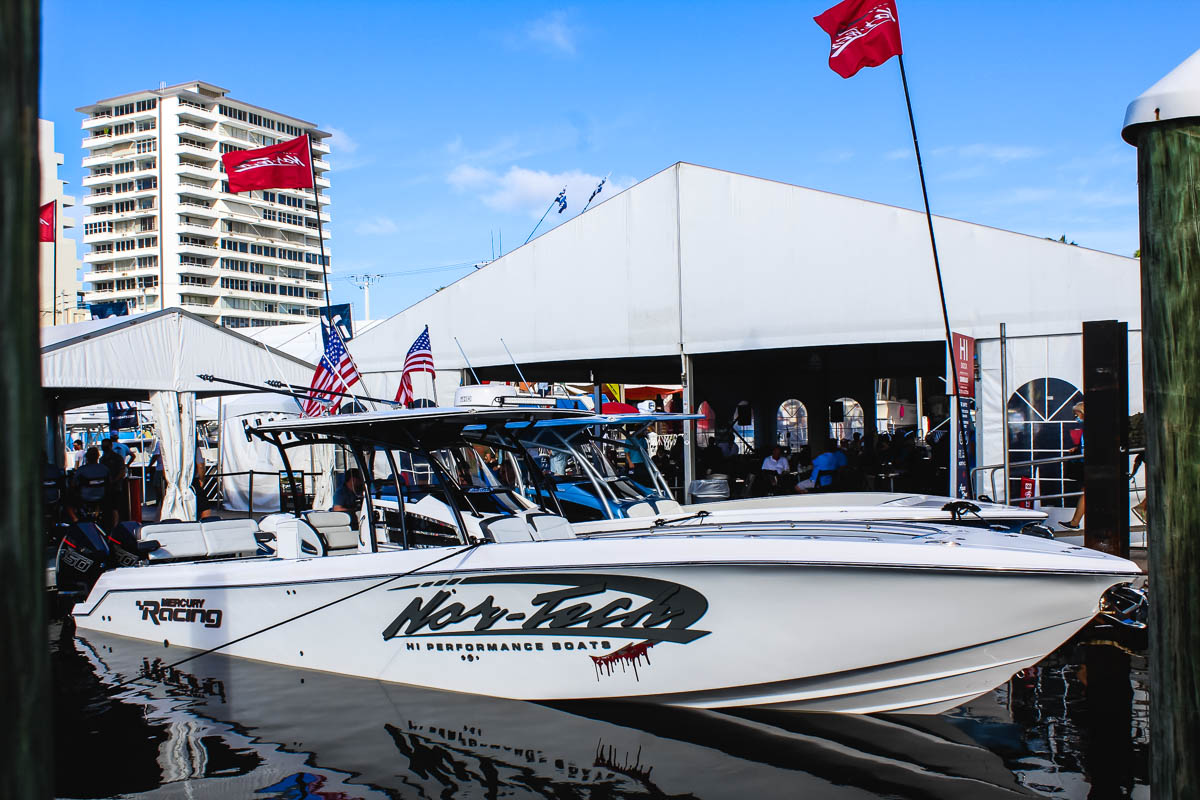 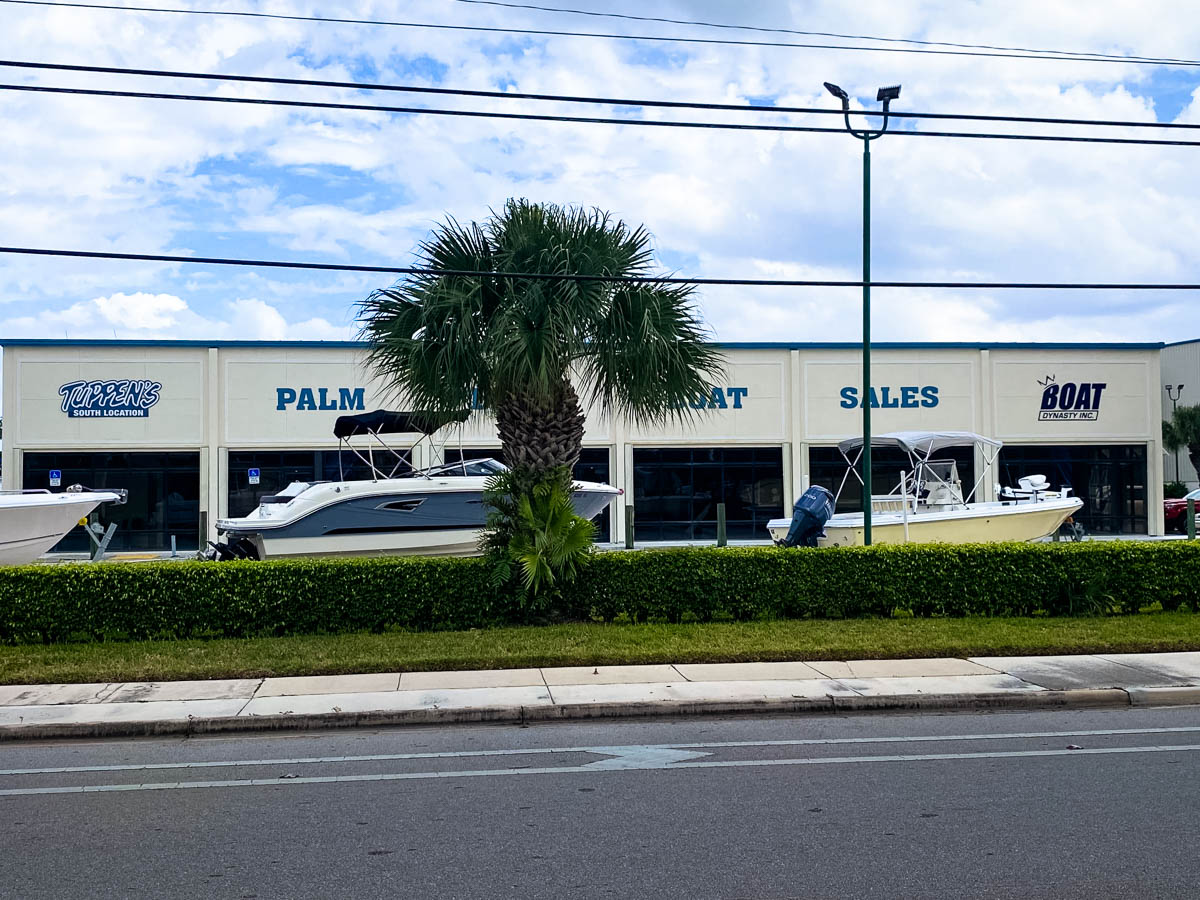 Nor-Tech 392 Super Fish​
For the fishy details of the Nor-Tech 392 Super Fish, Alden Thornton is the man to turn to. Actually, let's re-phrase that – he is the FISHERman aka designer to turn to, bringing vast years of expertise to the drawing board dating back to his days heading up the Fountain Powerboats fishing team and running around the professional courses in Formula One. Luck followed him even further in 2010 when asked to make a trip north to Maine in 2010 to coach former president Bush on the marine electronics and performance functions of his 38-footer center console Fidelity V. Luxurycenterconsoles.com was fortunate to have spent some valuable one-on-one time with Thornton on opening day when he dissected the Super Fish from bow to stern for us. 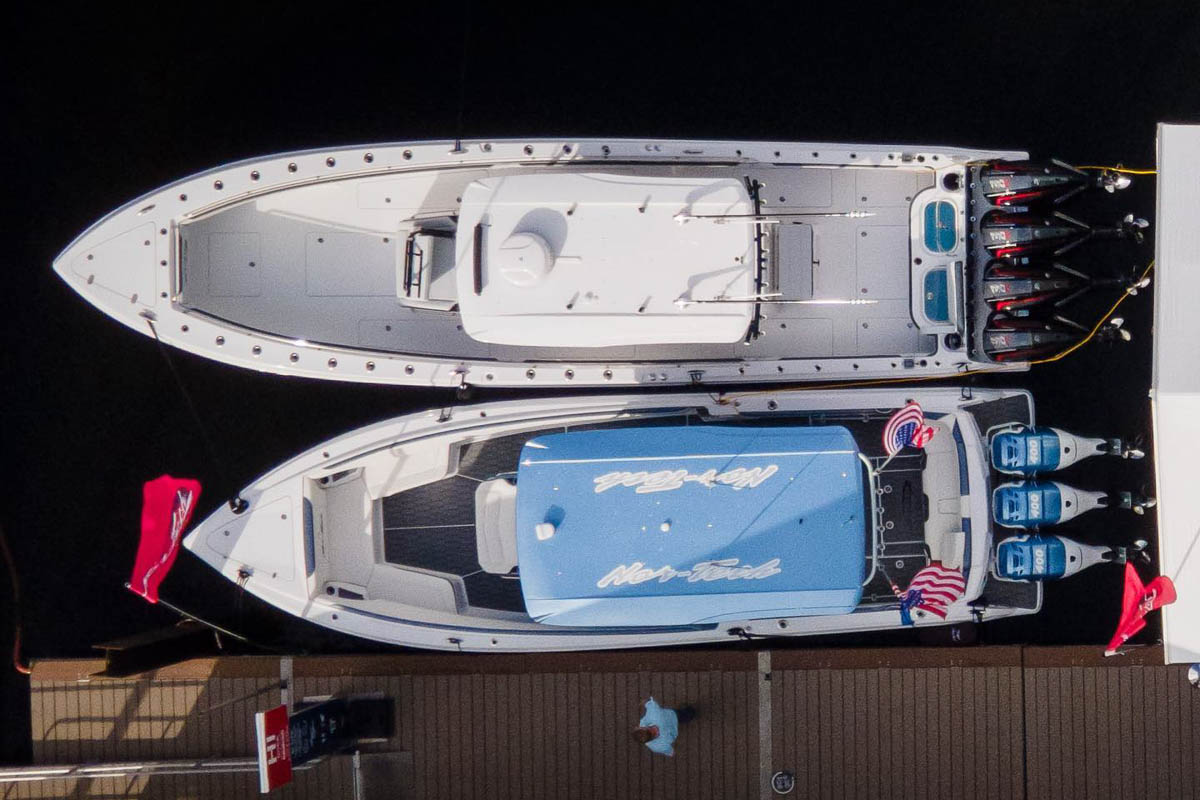 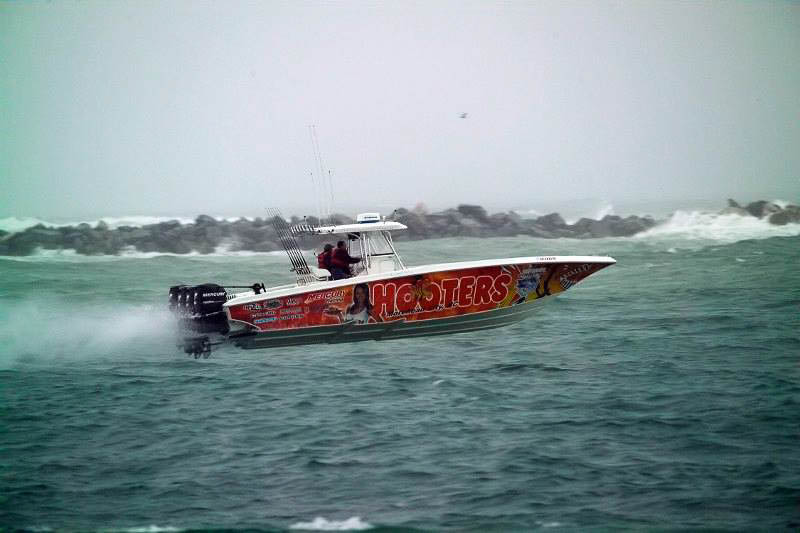 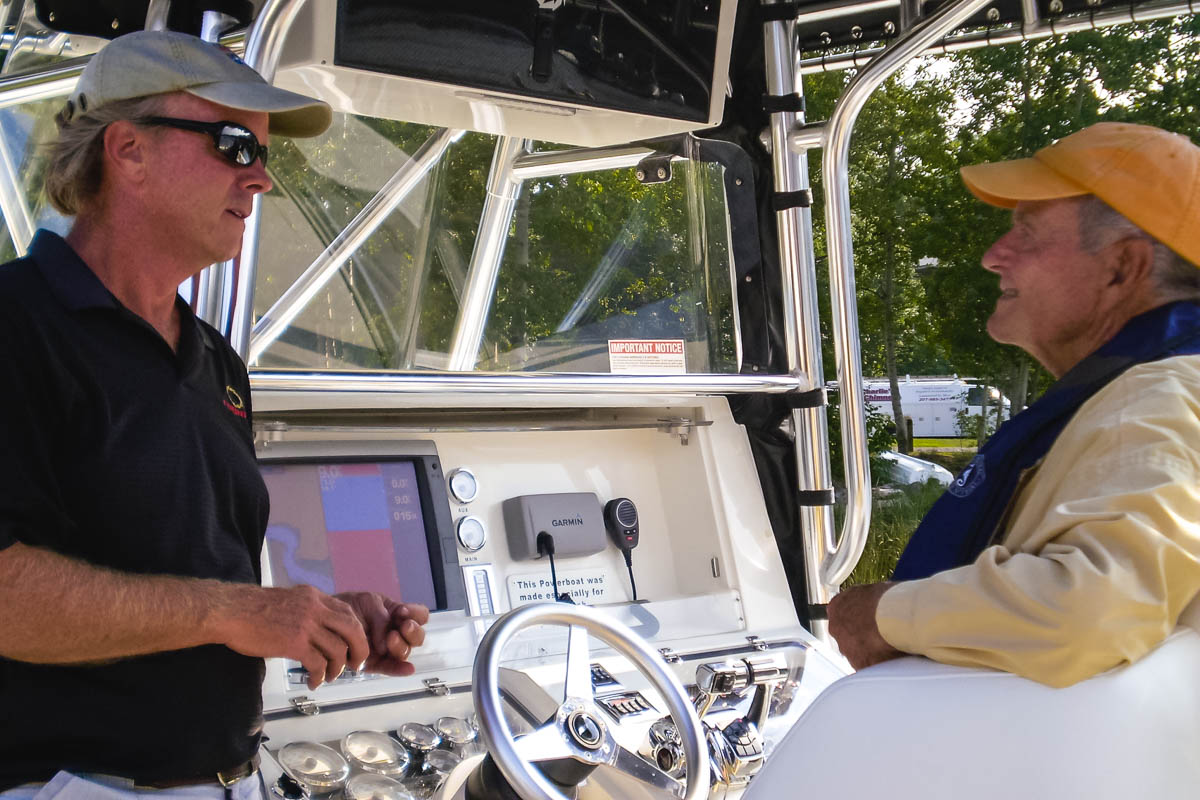 For starters, it was the original Nor-Tech 390 Sport, celebrated for its ridiculous amount of success not to mention its dry ride, that actually paved the path for the 392 Super Fish nearly a decade back. With a fuel capacity of 465 gallons; ice that lasts up to four days; an under-deck, single-level cockpit self-draining system glassed into the liner; and strategically placed angler-amenities at every corner, the 17,000-pound powerhouse is the aquatic phenomenon fishermen have been longing for.

We begin with four significant characteristics aiding in its stability, ability and agility:


Once on board, peeking in the anchor locker reveals a windlass, freshwater washdown hose, lengthy anchor chain, and giant safety pin to keep from coming loose. The next compartment Thornton popped open was the bow storage locker lid so I could check out the giant gutters around the edges, and see that the shocks and hinges are all of stainless steel quality. The doors to the compartment contain 900-pound gas shocks which have been minimally charged to 100 pounds, and in layman's terms means... those latches ain't going anyhere in the rough stuff. The colossal forward fish box holds 1,300 pounds of ice, is roomy enough to welcome a 200-pound yellowfin sans problem and includes a separate pump for eliminating melted ice and bloody leftovers. 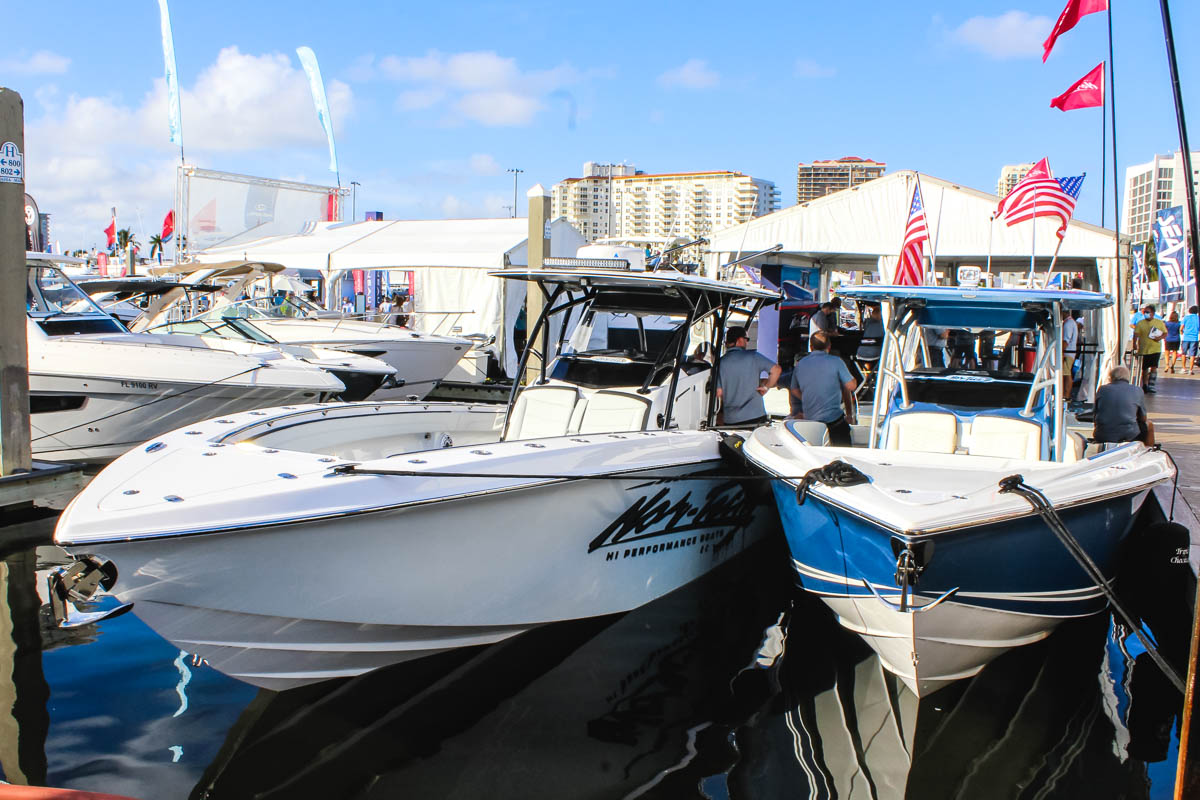 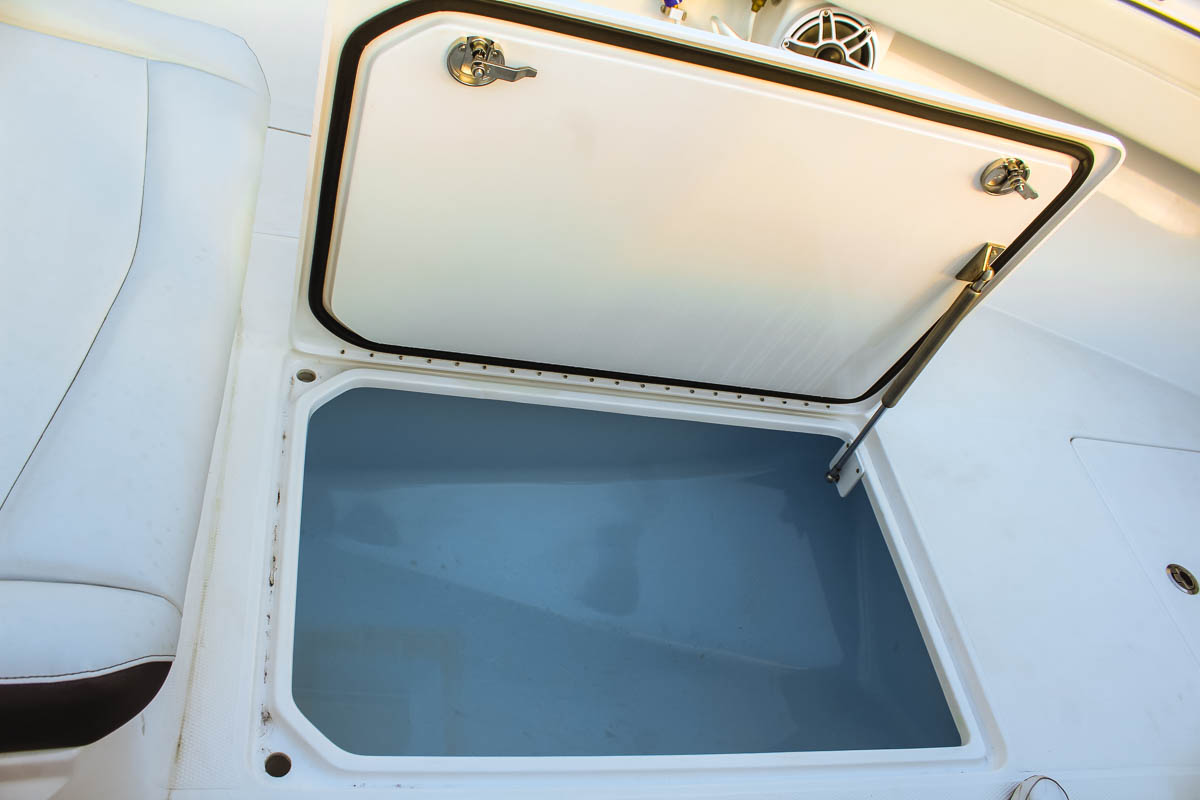 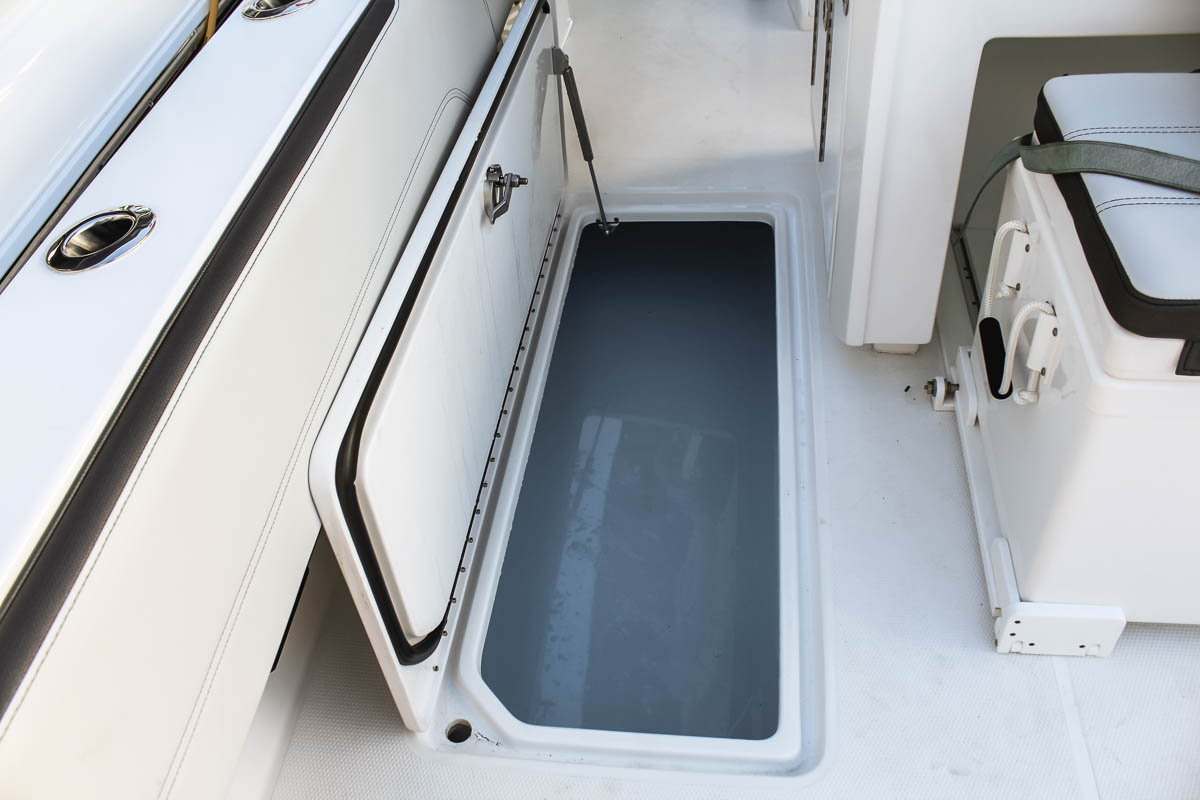 Proceeding further aft, battery compartments are contained on each side of the vessel where two are present for the engines and two more for all other housing needs including the pumps for the trim tabs and Mercury Verados. You'll cheer even more in the rear when eyeing the size of the jumbo fish storage box which is happy to hold a 200-pound wahoo, or even the tucked-away fenders on non-fish days. Also noteworthy is the starboard side storage locker configured to securely hold two five-gallon buckets in a fixed position, in addition to a fish box evacuation pump that sits in an easily serviceable middle spot.

Bottom evaluations continued in the bilge where we inspected the livewell management system and huge sea chest that provides a continuous flow of water to feed the two 65-gallon transom livewells and accompanying tuna tubes placed on each side. Thornton made it a point to mention more than once that with the 392 Super Fish, you always have access to fuel from the three gas tanks for – all the motors, all the time! Furthermore, fueling tanks have been placed on both sides for low-drama docking procedures when fill-ups are required.

In awe of the aft mezzanine, it was updated two year back to include a new tackle center and 18 inches more space which in turn made the craft more competitive with the bigger boys. Tackle storage and side compartments for those must-remain-dry necessities like the new $1,000 smart phone were ample and impressive due to the multiple locations and options available. 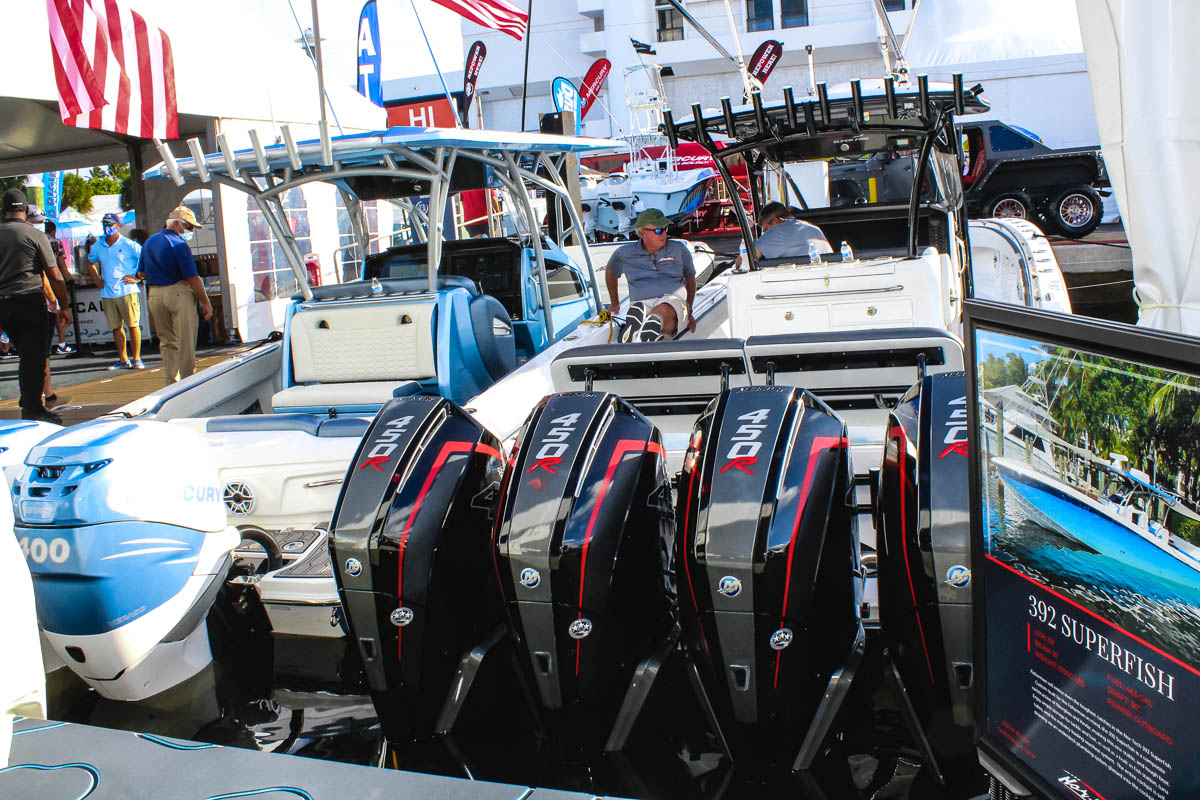 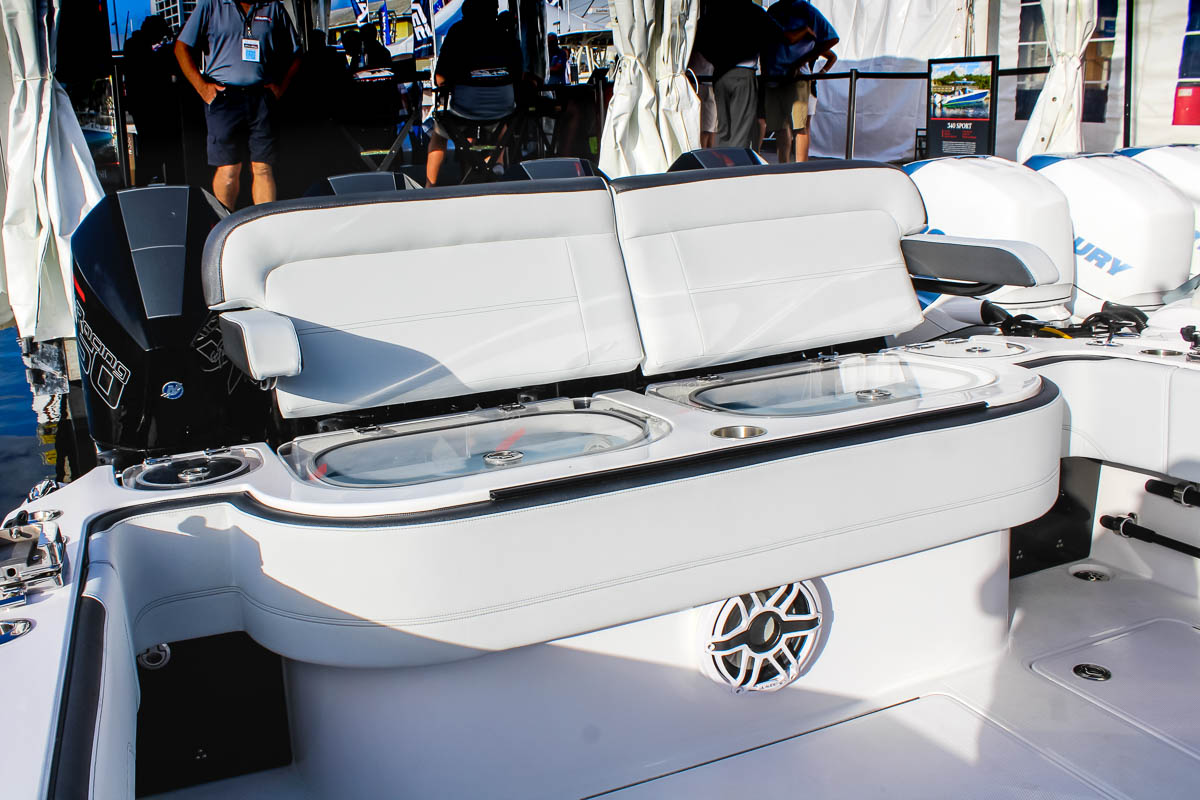 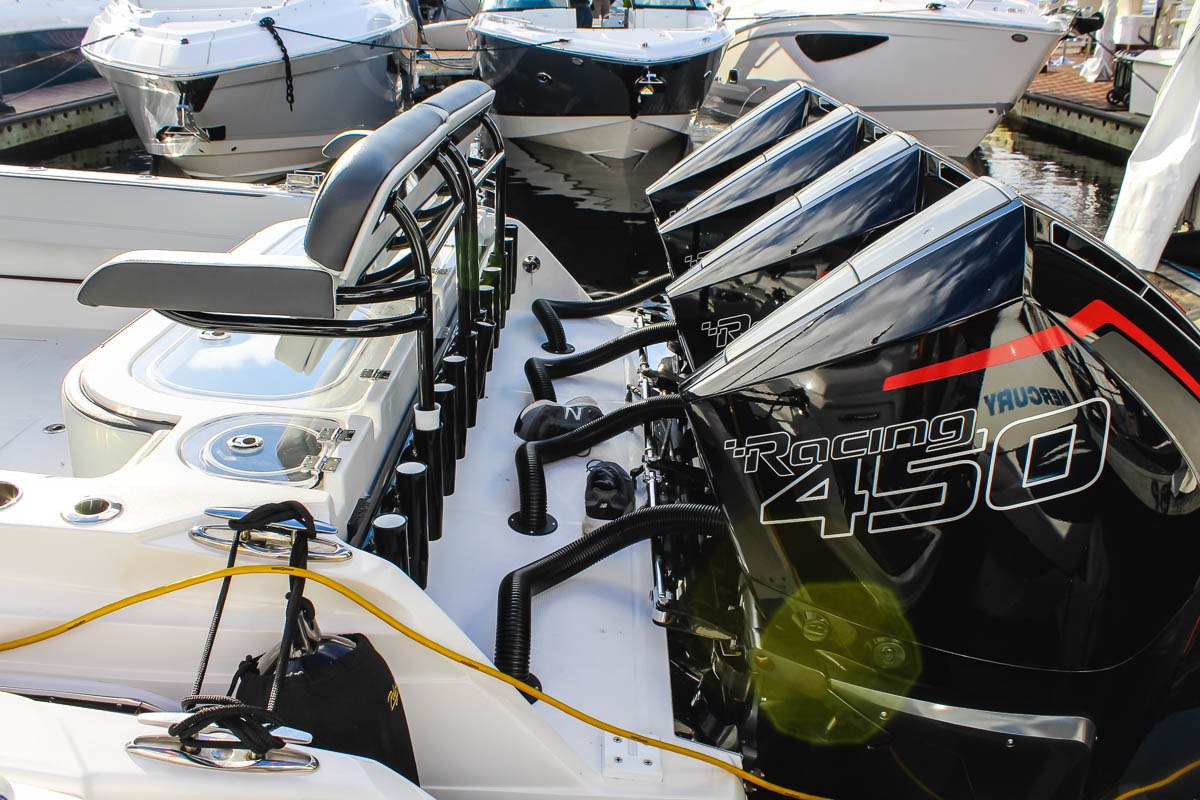 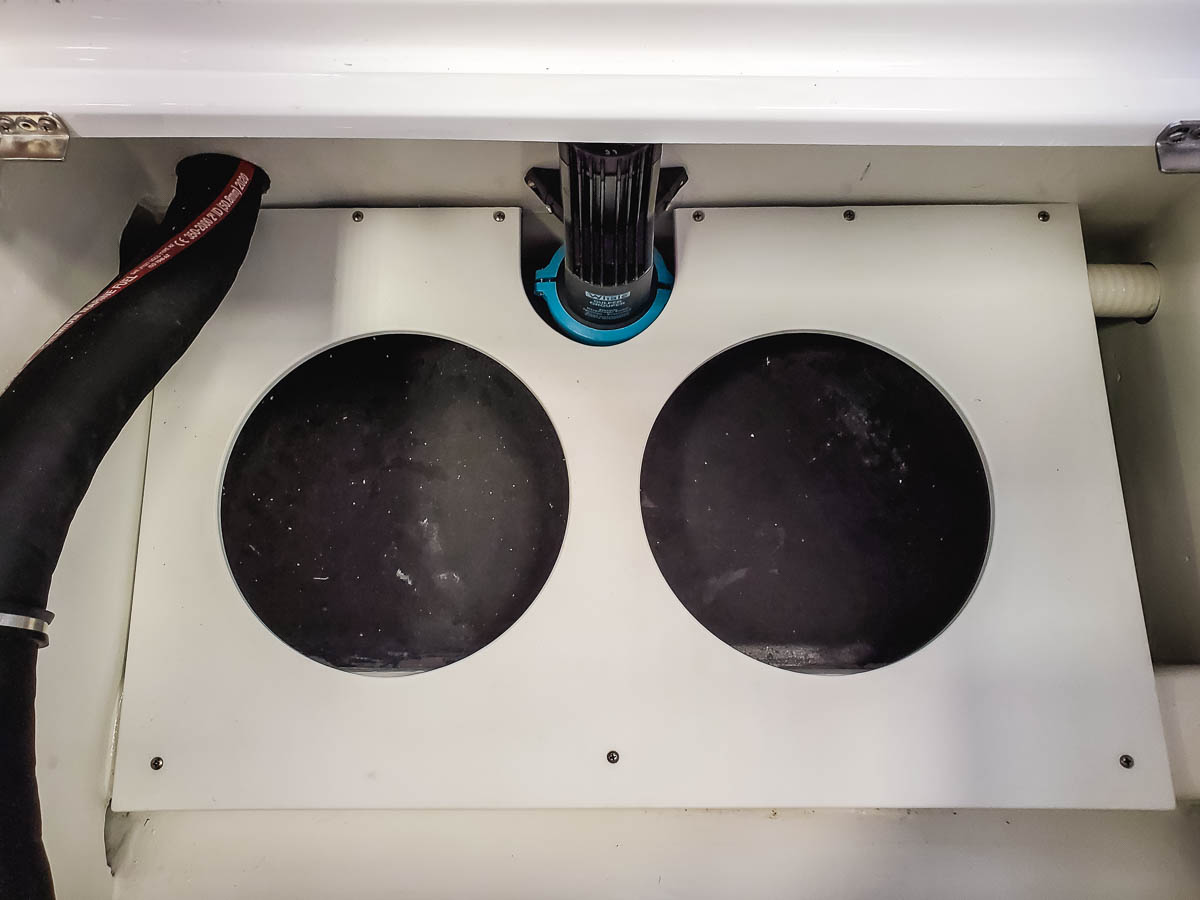 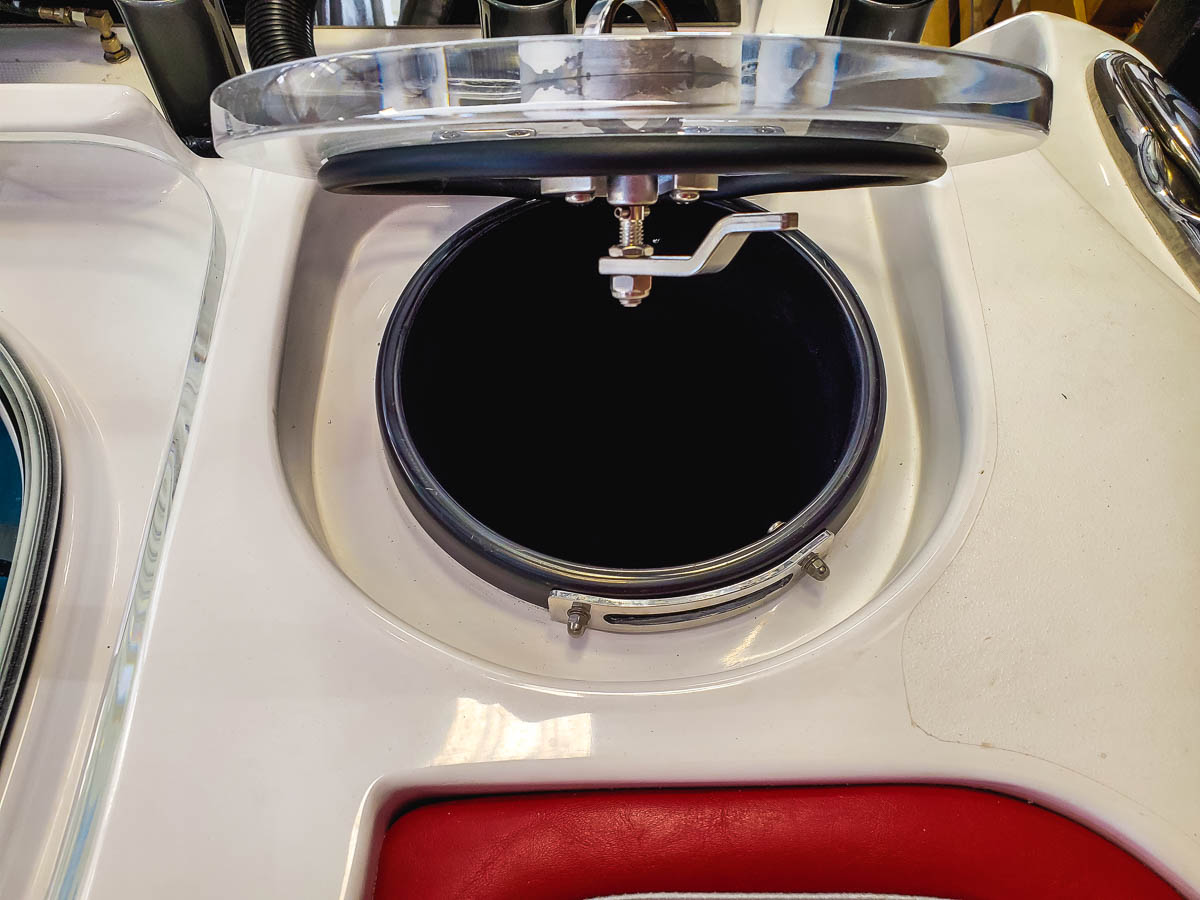 For time spent at the helm with the captain while inspecting the dual Garmins' numerous fish finding features and apps indicating where the trophy catches are, there will be no teary eyes thanks to the protective windshield sheltering the forceful blasts of air; normal conversations when cruising at over 50 mph can also be heard loud and clear... so save the yelling and screaming for when it's time to bring the slippery cartwheeler in. Behind the dash, an easy-access zipper down covering keeps panel switches dry, and meticulous labeling and colored wrappings keeps your fingers from flicking and touching things when you shouldn't. Mesh netting on the dashboard is another recent and might I add popular upgrade, making it a handy spot for tucking in the polarized Oakley shades and Samsung Galaxies.

Thornton left me with one final (and perhaps most essential) reflection about the Super Fish when he noted, "With the 392, dedicated fishermen not only have the ability to go after kingfish and marlin well offshore and compete with the sport fish guys, but due in part to the insulated boxes and pressurized livewell system with no air gap, bait remain isolated and in better shape because the water stays solid, hence eliminating the sloshing around."

Not only will your bait be in good shape but they will benefit from arriving to the fishing grounds first thanks to the high-performance DNA and reliable outboard installations on the back end. The 392 Super Fish eats up the water maxing out near 88 mph when going with a four engine setup. Don't believe me; see for yourself... you can reel in your own for $739,000.

In part two found in the Profiles Section of Luxurycenterconsoles, we highlight the legendary Tuppen's Marine in West Palm Beach, Florida, and delve into what attracted the owner and seasoned fisherman Steve Sprague to the 392 Super Fish. 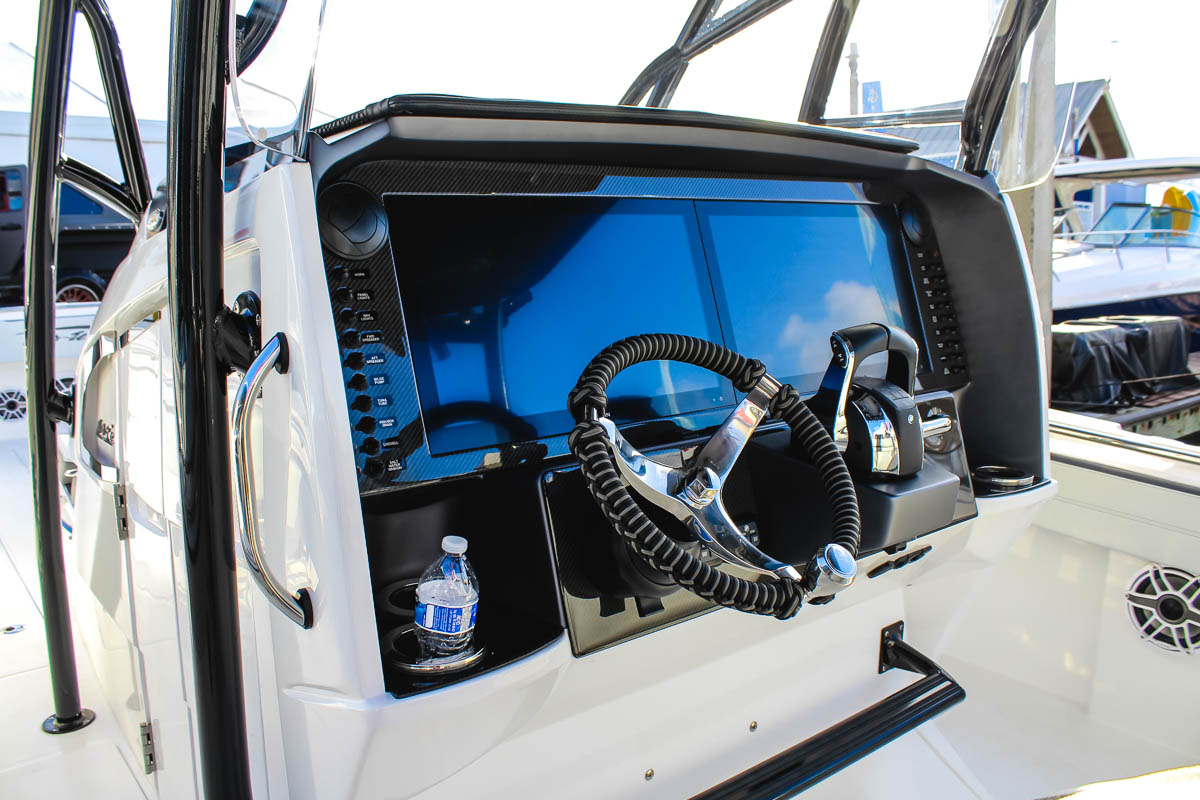 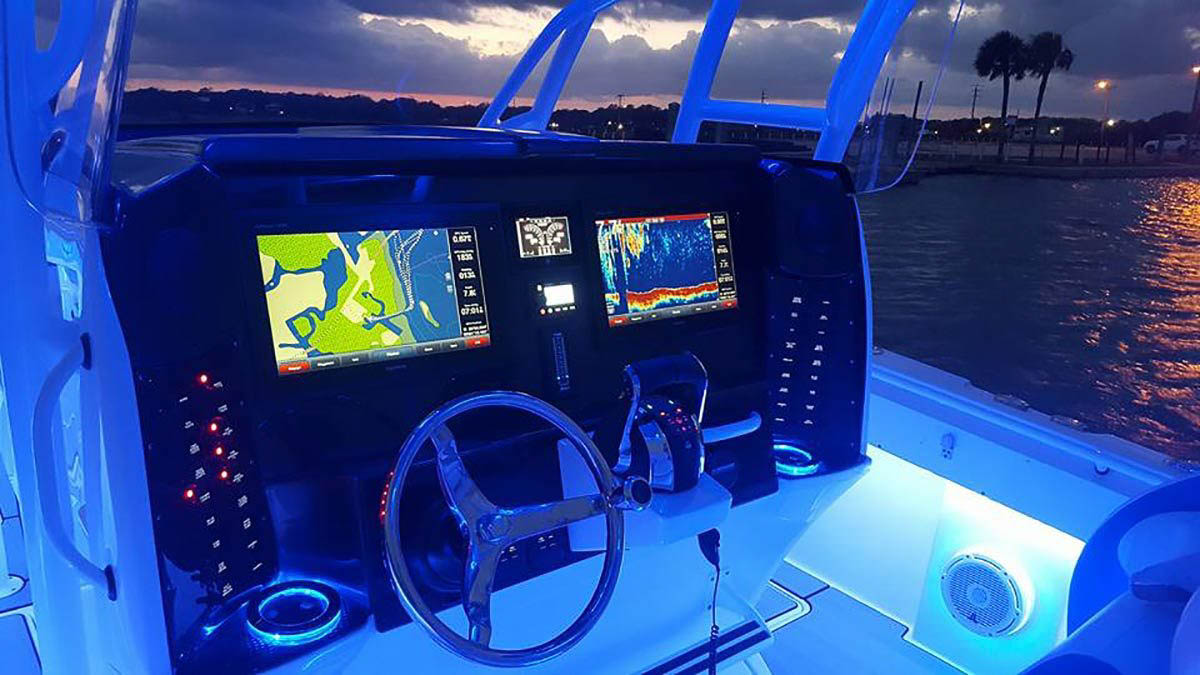 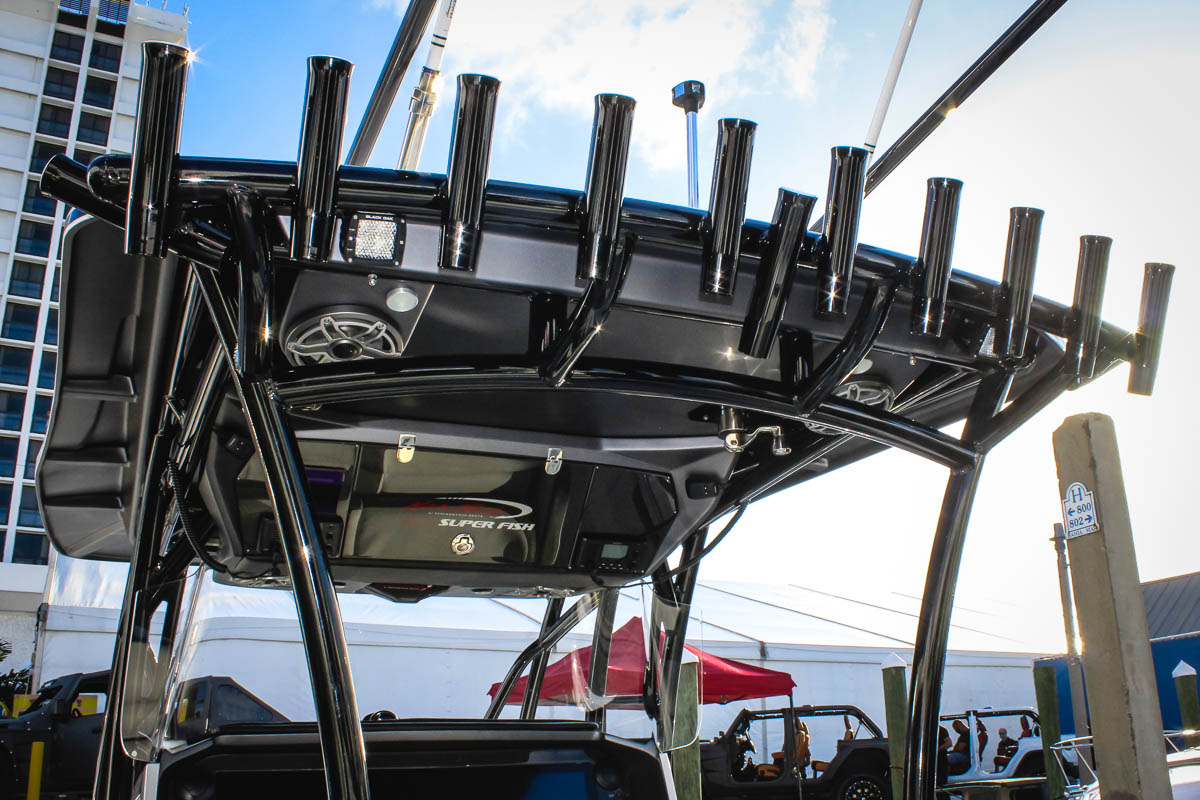 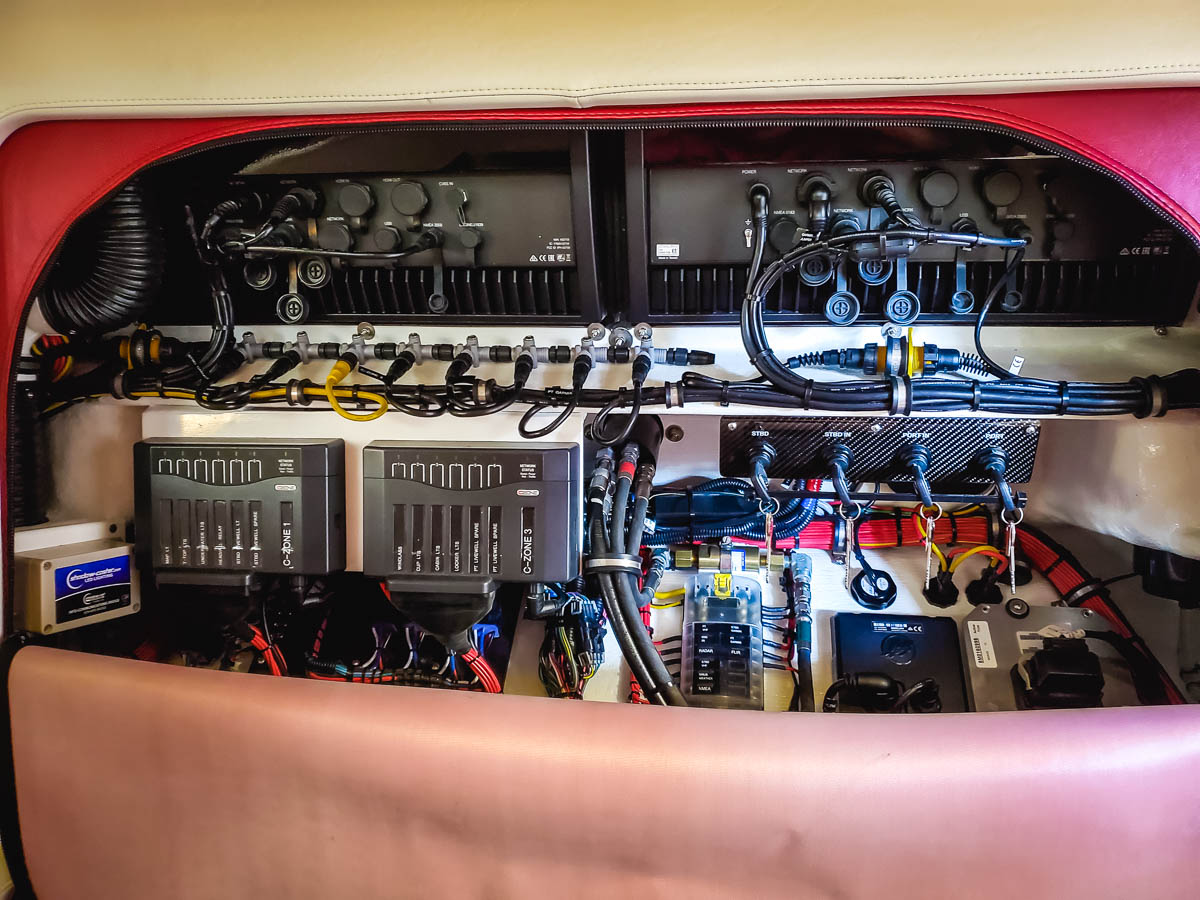 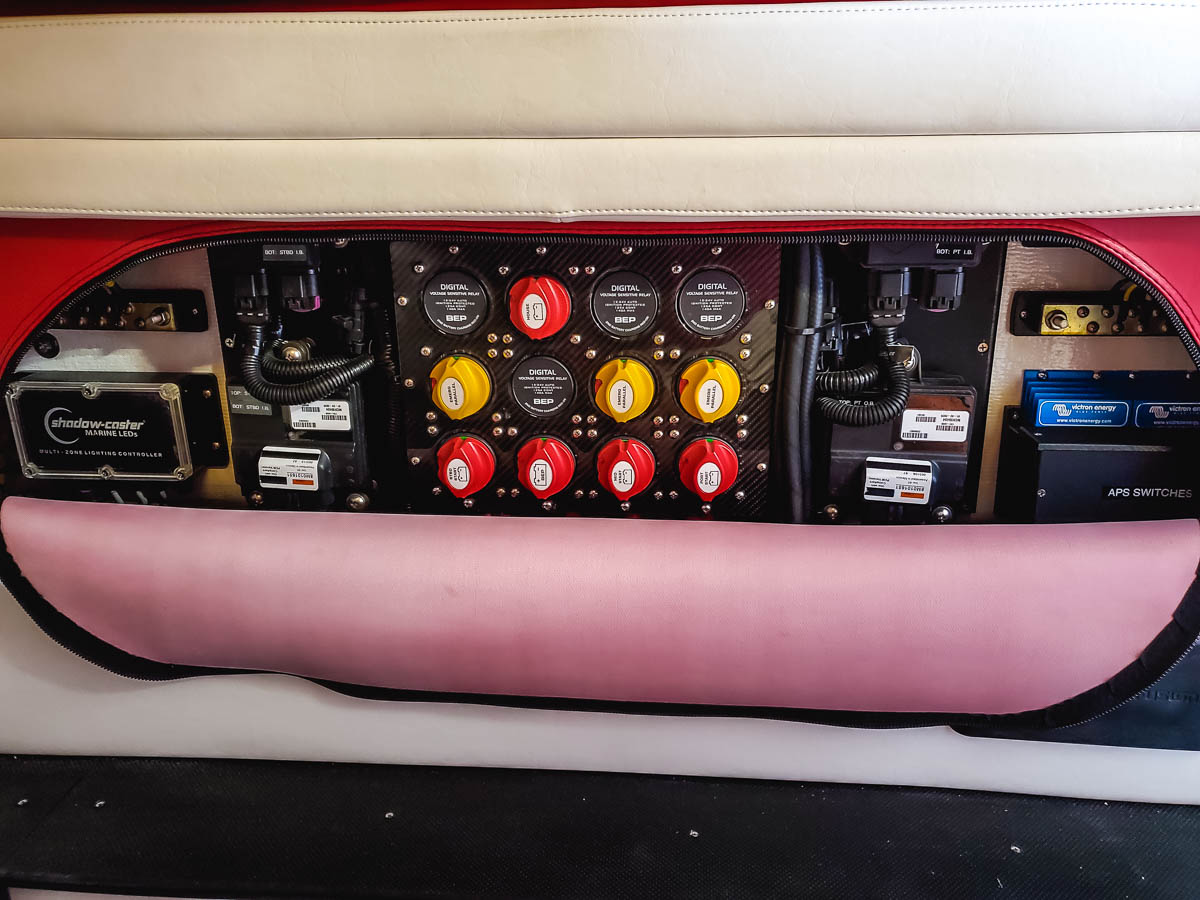 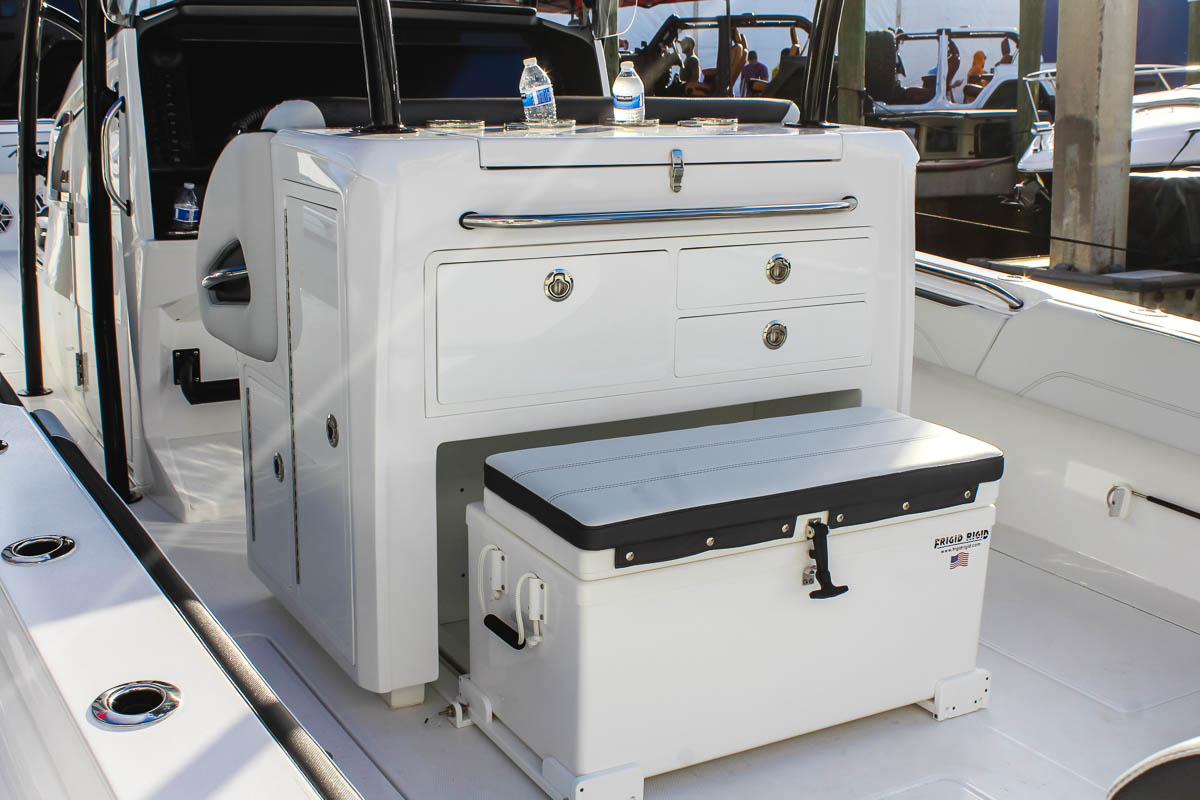 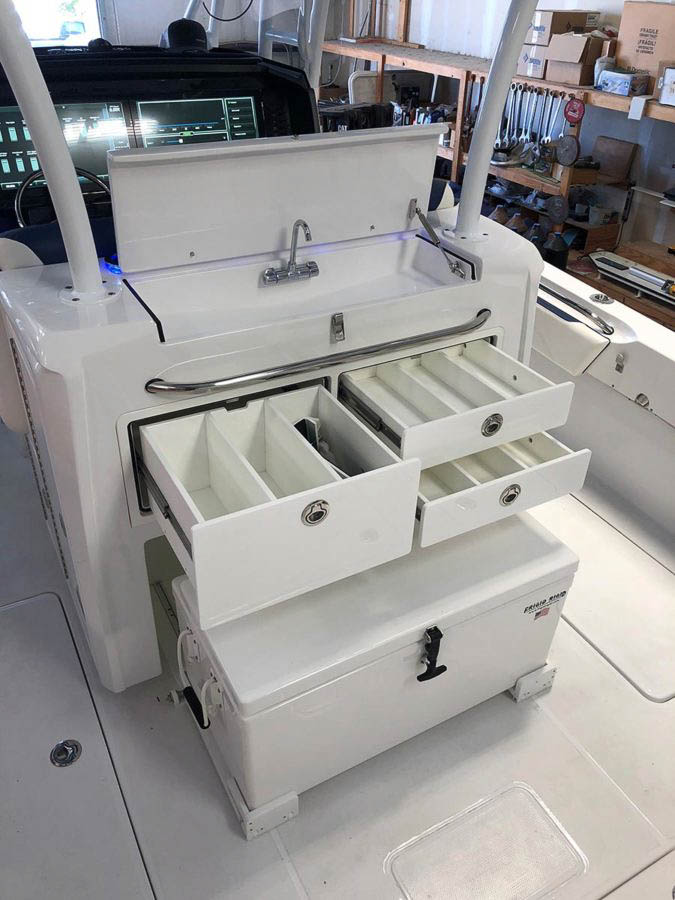 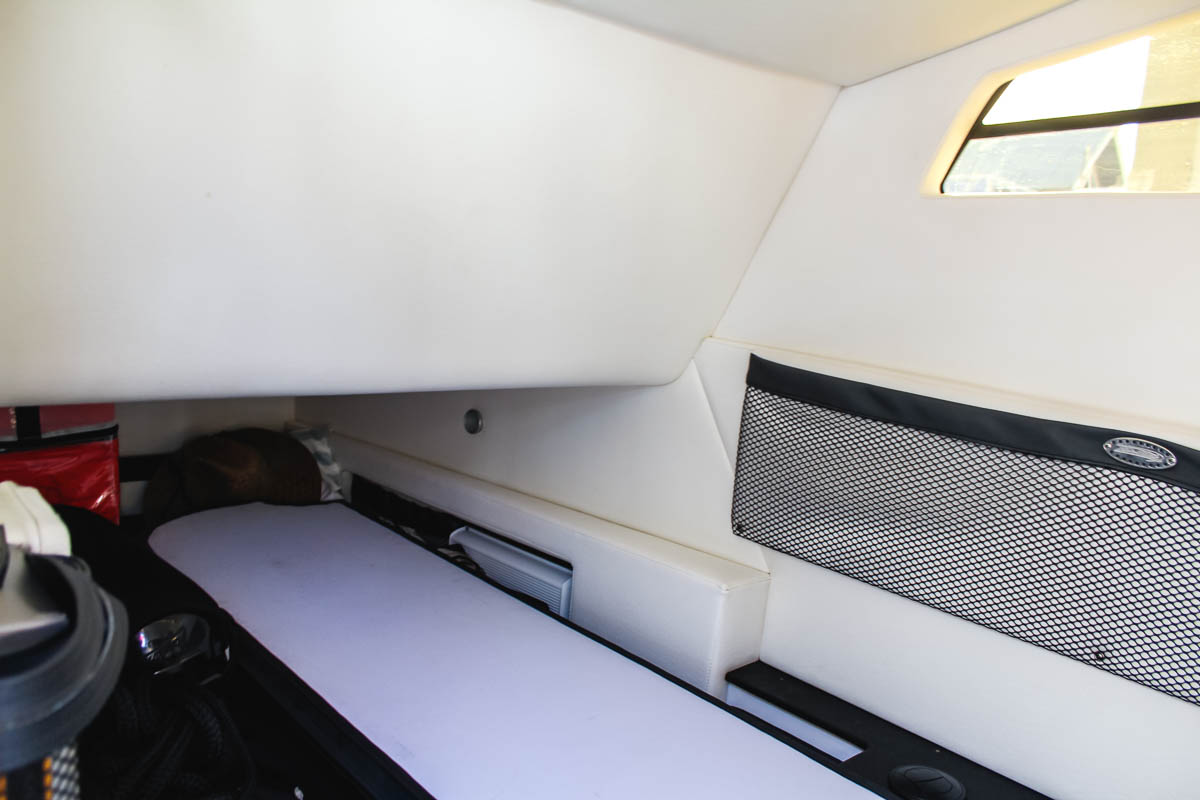