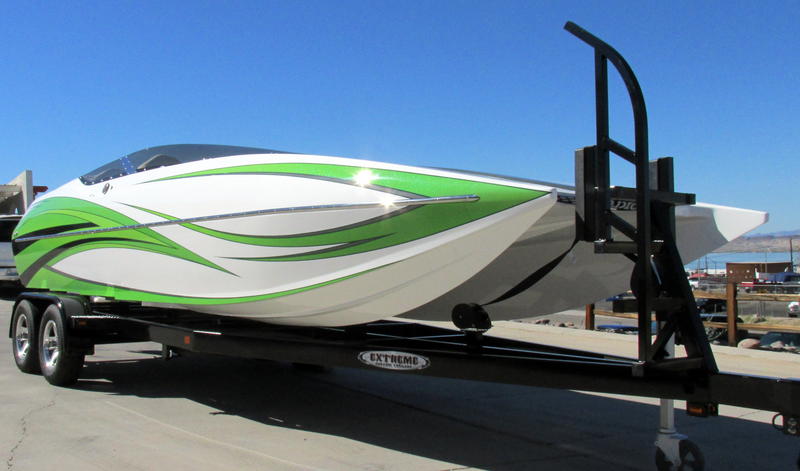 As we progress forward into the "modern era" of performance boating, it's my opinion that you are going to see a lot more boats running small block power then ever before. They are lighter, more compact, and with the new LS series platforms are putting out phenomenal torque and HP numbers. Ilmor has embraced the LS Architecture with their new MV8-570! 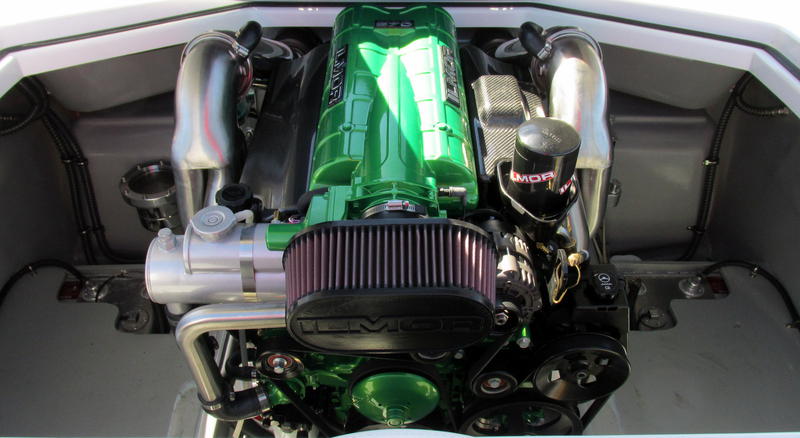 Thane, The GM of Nordic, is a long time boat designer and tooler. He is no stranger to setting up boats, and knowing what makes them tick. What I most like about Thane is the fact that he is the opposite of every single other person I know in the Marine Industry. Most the guys I know are for the most part stuck in their ways, and don't want to try new things. Thane takes the opposite approach being he is always trying new things, different setups and configurations, and that is one of the primary reason why Nordic is where they are at today. (#1 seller of boats in the Custom Boat Market in case you were wondering where they actually are at.) 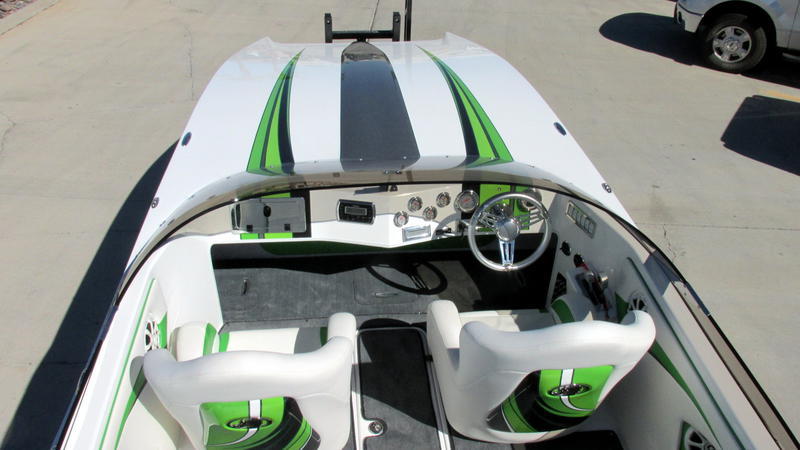 Thane introduced Nordic's 24' Cat early last year and have already built a handful of them with a variety of different power plants including a single 300XS Outboard. Awhile back he said "You know what would be cool in that boat? One of those LS series Small blocks." When Thane tells you something like that, you can bet the build is already on the horizon.

The boat was recently completed, but John the head rigger was out of town. They ordered an IMCO 2 inch shorty lower, and for some reason the drive showed up with a standard length leg. John played around with it for a day just to see how it runs, and it became clear the X-dimension was waaayyy to low. They are currently waiting for the IMCO lower to show up, but Nordic had a Merc sport master case in the shop so they ran it with a few props just to see how it performs. The boat is currently running 98 mph with full tanks of fuel according to John and Thane at Nordic. 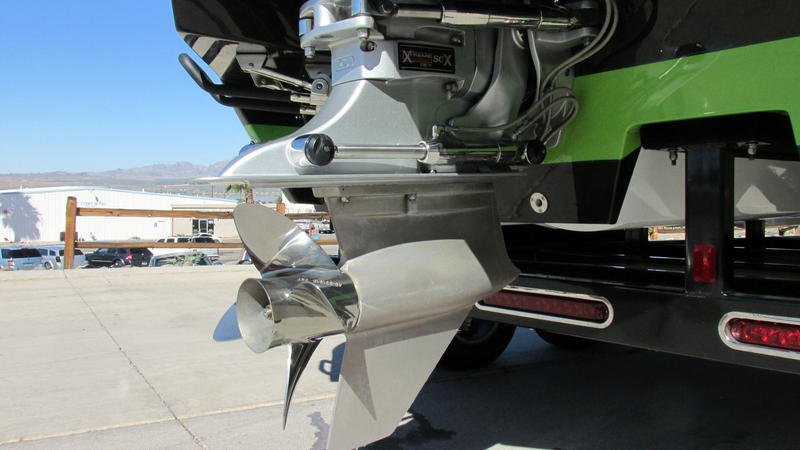 The IMCO lower is usually good for a couple of mph on a Merc lower unit which should put the boat right at 100 MPH with full tanks, or 1/2 tanks and a couple of passengers. I'm confident with a little more aggressive prop, and cutting a few inches off the skeg of the current lower they could surpass the century mark if they wanted, but that's not the goal. The goal is to have a rock solid handling, legit 100 mph boat (with a standard load, not running on fumes in some stripped out boat) with a reliable stock motor package that is still financially viable for most looking for a new boat.

That to me is dropping a bomb on the small performance cat market, and I think they will do very well with it. 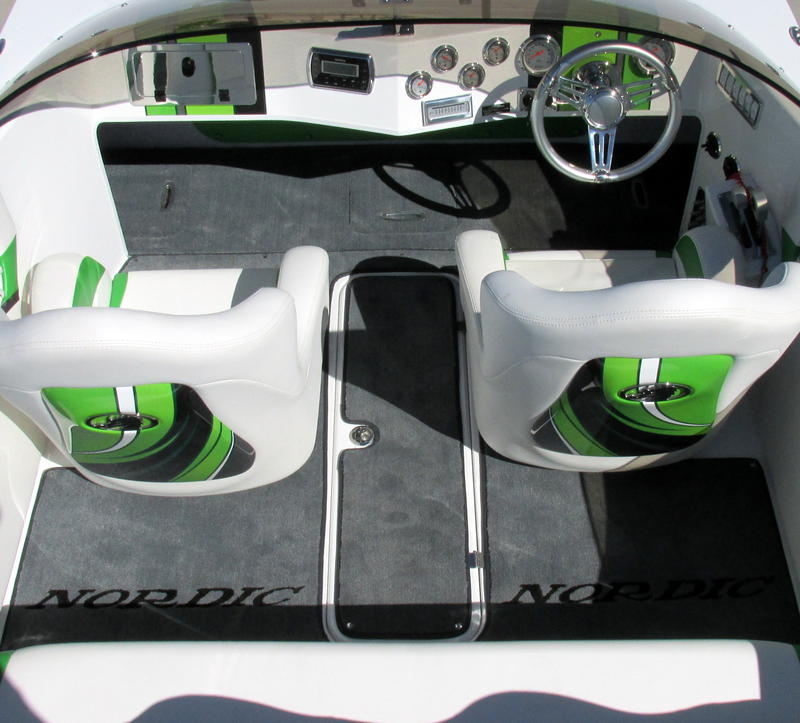 If you aren't impressed yet, Thane has intentions of running this Ilmor powered 24 in this years 336 Parker Enduro and believes it could be a contender not only for a class win, but a possible "Overall Win." With stock Ilmor power, the reliability factor is there, and he can either short prop it with a 28 and have crazy acceleration coming out of the corners and a top speed in the mid 90's, or Prop it up to a 30 and run just a touch over 100 in the long straights. Whatever they decide to do we look forward to seeing a new Factory model out on the race course with Factory power that anybody can attain!

One can't help admire Randy Davis's sense of humor in knowing that he's footing the bill for a factory boat to come out and run against his very own Factory Nordic Ski Race 193 boat. Part of me thinks it doesn't matter to him so long as it's a Nordic out there giving it hell with a chance to win. The other part of me can't help but wonder though what happens if the employees get out ahead of the boss? 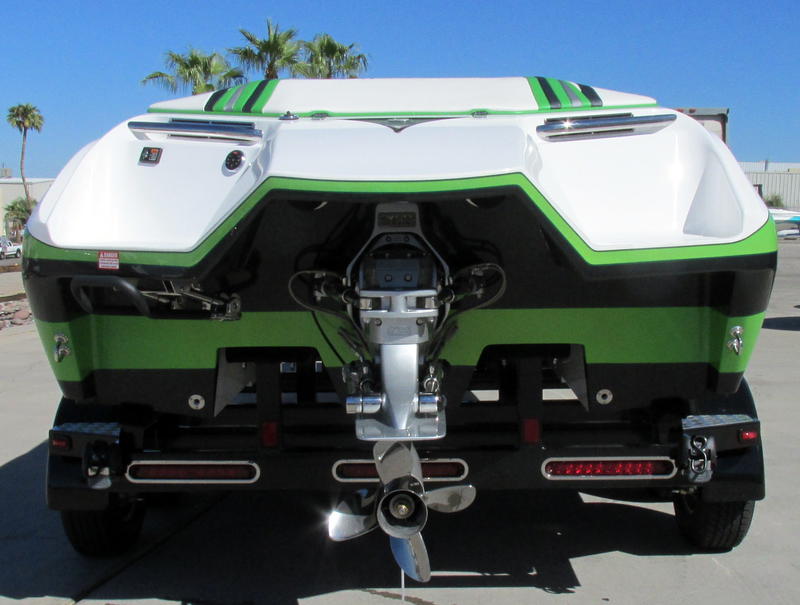 For more information regarding pricing and the boat call Nordic Boats - 800-279-5398 and ask for Thane.