Mastering the Rules, Tools, Tech and Technique: Tres Martin's Performance Boat School is for EVERYONE

When it comes to commanding one's pleasure craft, boat owners are like today's twisted teenagers... convinced they know it all! Nevertheless, whether it's understanding the rules and tools, or tactics of accurate operation, the experts among us continue making disastrous calls which result in harming high-priced hardware and worse, endangering the safety and lives of others.

Rule number one is: CAREFUL, COMPETENT and CONFIDENT operation of your high-performance powerboat or luxury center console, and by attending Tres Martin's Performance Boat School whether as a refresher class on the "how-tos" or an introduction to maneuvering your new-fangled fast cat... the valuable insight gained might just prevent that next misfortunate incident. 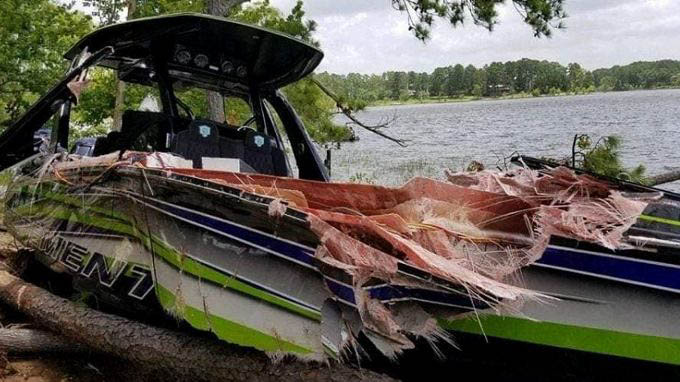 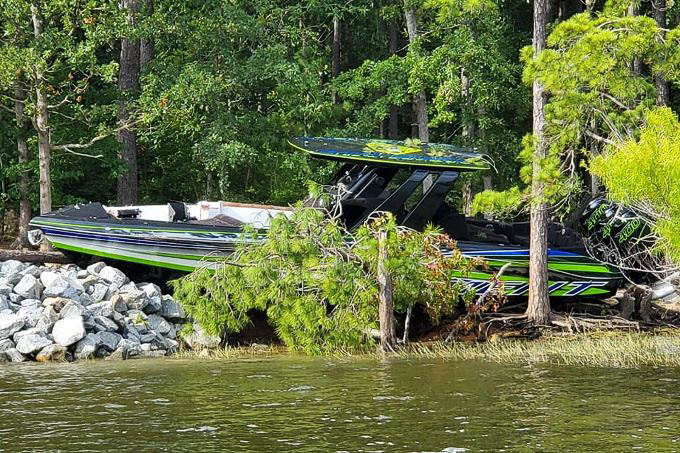 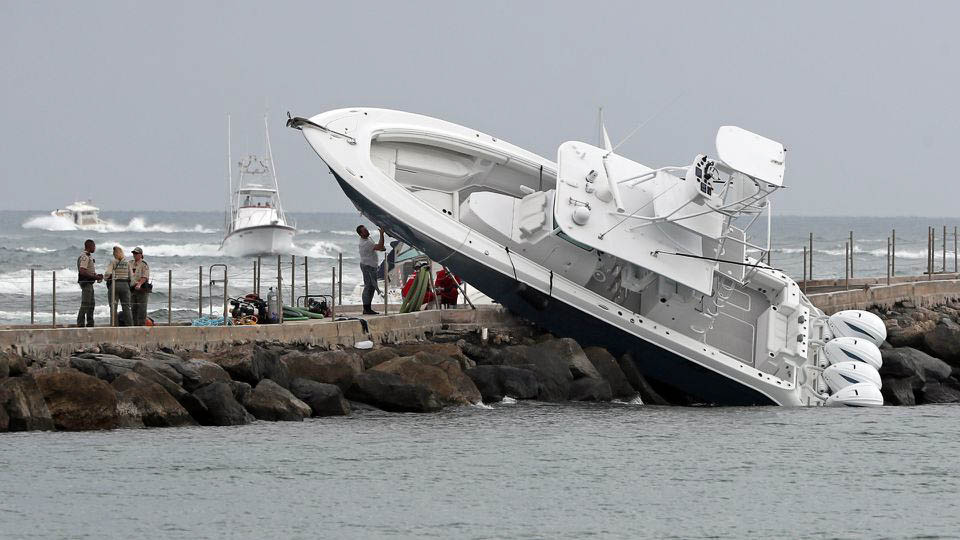 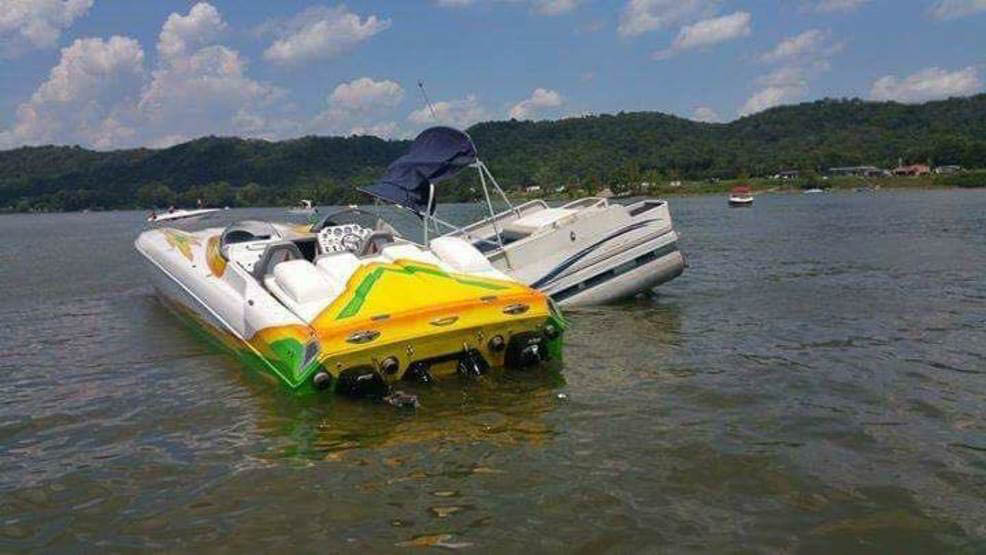 Martin and Schoenwald​
Enrolling in the hands-on course under the direction and guidance of Tres Martin and/or Brad Schoenwald is like having Michael Schumacher or Mario Andretti as a coach in your new Ferrari preparing you for the curvaceous and constricted Monaco Grand Prix circuit. Simply stated, there are no other industry professionals more qualified for the task, and you'd have to be living under the sea to not be familiar with the duo's nautical know-how.

Tres Martin is the son of Ralph Martin Jr., proprietor of the famed Fort Lauderdale Everglades Marina back in the heyday of offshore. Starting as a teenager Martin moved up the ranks at Everglades from a role in the maintenance department to a certified marine tech to a manager; determined to attract more high-performance geared clientele, he was then given the green light to open the race shop division. During this period Martin developed a passion for hydro dynamic theories, naval architectural design and product integration, and was contracted to assist with the build process of a series of professional offshore boats, which unsurprisingly led to cockpit seat time campaigning them.

Martin began carving his winning reputation running two high-profile Apaches in the late 80s, doing an Indian water dance in the 41' RAZZ and 47' Little Caesars Pizza. Partnering with Reggie Fountain followed and Martin and the King brought to life a 45- and 47-foot under the famous INXS moniker. To this day, diehard aficionados assert the bigger INXS was one of the loudest speedboats ever to exist. Apparently it was also lighting fast with Martin scoring more than a few black and white checkered flags from the throttleman's seat. Raising national and world championship trophies continued but this time it was after Cigarette Racing Team client Todd Klindworth noticed Martin's skills and invited him to build a 38' Cigarette for Team VIRGIN which of course naturally progressed into another racing joint venture in various boats.

During this era in the early 2000s Martin began to notice a staggering increase in accidents stemming from technological developments related to modern hull design. As a noble industry professional, in his heart he wanted to do his part, and by utilizing his knowledge and expertise Tres Martin's Performance Boat School was founded in late 2003. Then a few years after the school was established, lifelong boater and retired U.S. Coast Guard Brad Schoenwald came on board teaming up with Martin as a co-instructor.

Schoenwald's astute and perceptive seafaring wisdom is backed by an impressive decades-long curriculum vitae of professional distinctions. He's served on USCG cutters from Alaska to Guam where he held command positions as an Executive Officer and Officer in Charge. Additionally he is Deck Watch Officer qualified, a National Motor Life Boat School and Coxswain graduate, holds a 100 Ton Masters license, and travels the world as a USCG cruise ship inspector. Together the duo is a force to be reckoned with; Schoenwald's military and naval background complements Martin's professional rigging and racing credentials... and spending the day training with either (or both) is an honor. Lucky for me, I was given the opportunity not so long ago. 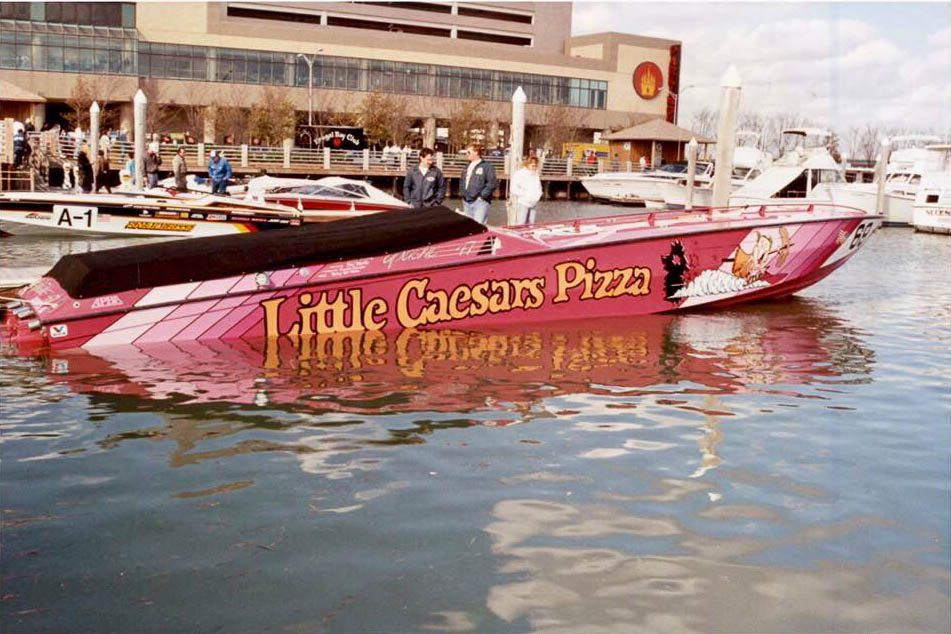 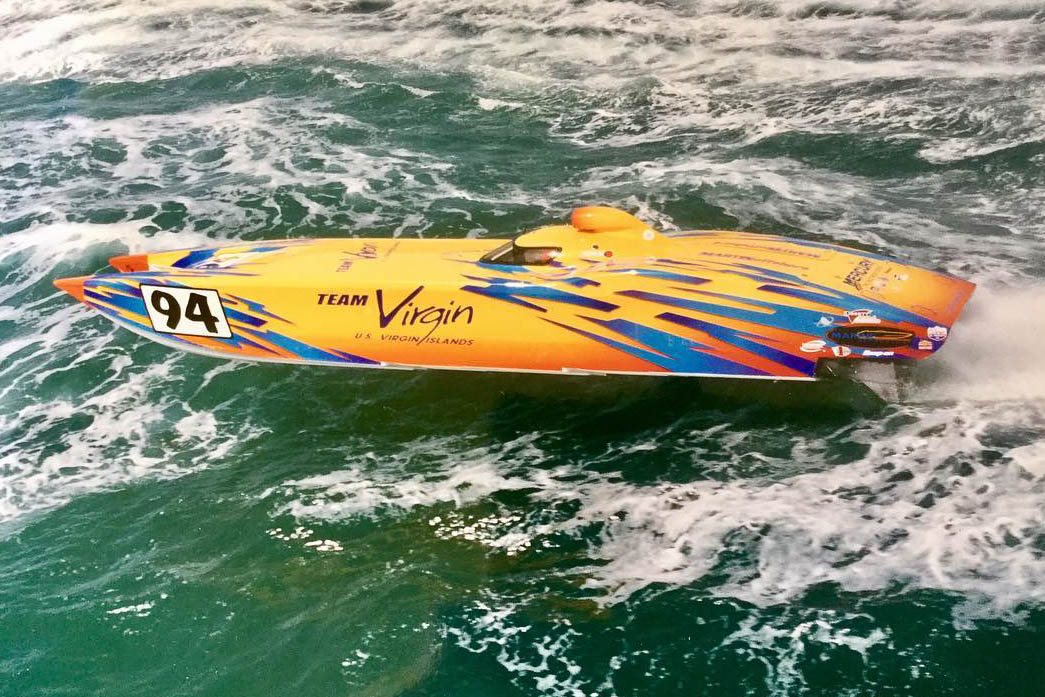 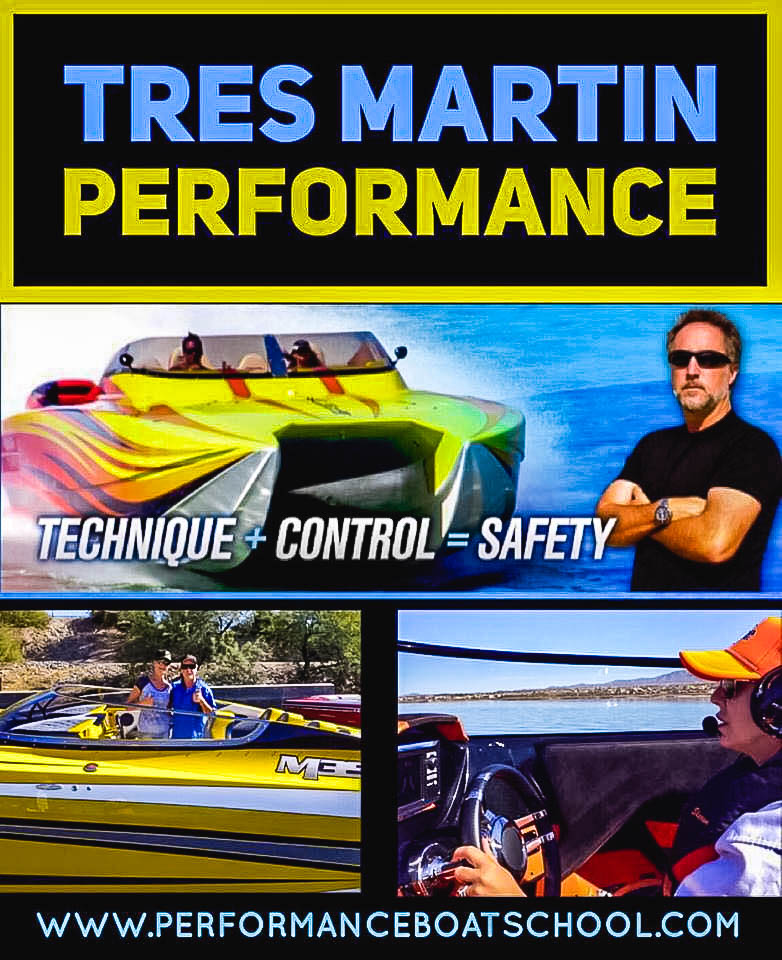 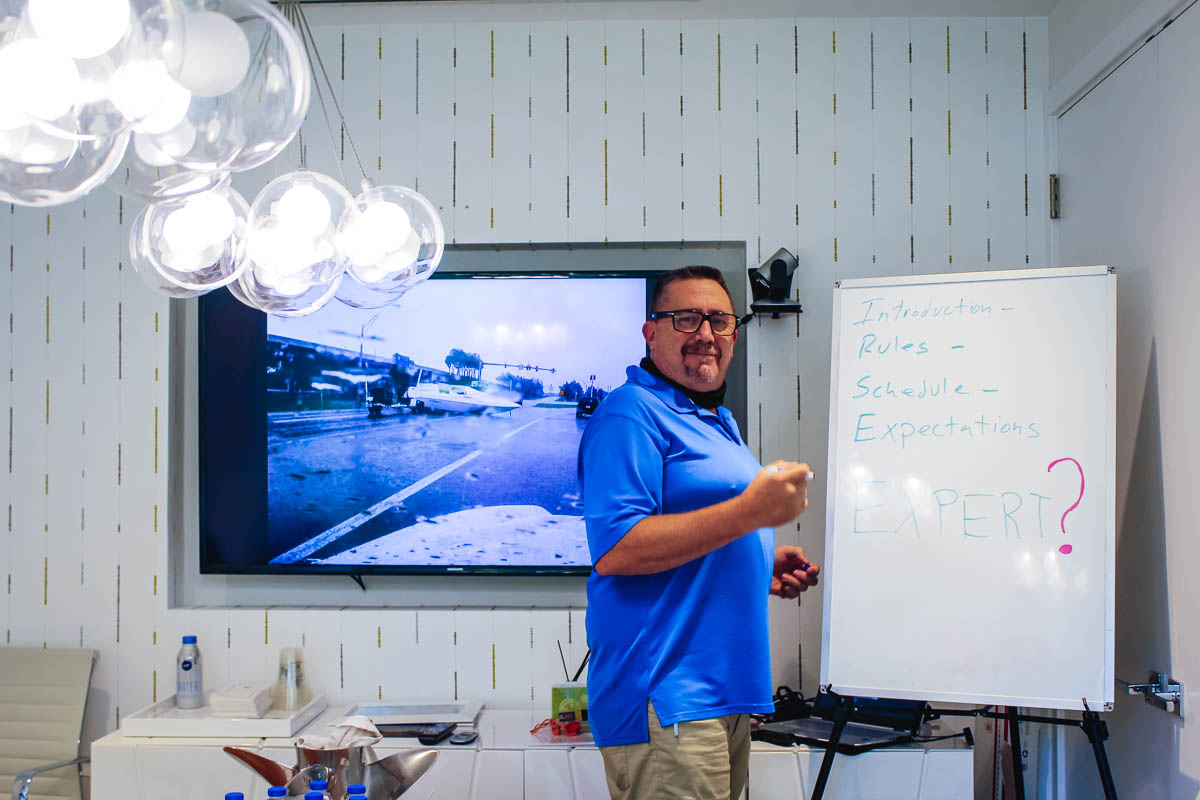 Snapping up an MTI Sends the Gabriels Back to School​
I had been bugging Schoenwald to attend PBS for a while (and see how much I also didn't know) and my big day of truth arrived when Sam Gabriel and his son Matt were gracious enough to let me sit in during their class, and even better... accompany them the next day on their 2014 MTI for the on-water demo. Having arrived to Palm Beach from New Jersey the evening prior, the Gabriels were in town for a few days to learn the ropes of Raging Bull, the family's new Lamborghini-themed MTI recently purchased from TNT Marine Sales. The 48-footer was originally commissioned for fast boat icon Gino Gargiulo then shipped to Spain after being sold to a Russian, only to recently re-cross the pond back to South Florida.

Although Matt currently runs a 2018 model 22' Donzi up north, over the years the Gabriels' experience has been primarily with V-bottoms ranging from ski boats to a series of Cigarettes, thus in preparation for taking over the reigns of their 190-mph-moving yellow beast with bellowing twin-turbo Mercury Racing 1350 motors, it was time to go back to school. Except not just any class, it was the Ultimate Performance one for monster-like marine machinery moving water out of the way at 125 mph or more.

Delivered in a relaxed laid-back setting, school started with an explanation detailing the day's 12 module program, proceeded by an in-depth dialogue into safety measures including: the importance of knowing your insurance plan's coverages and exclusions; the necessity of maintaining a boat service and documentation logbook; and an alcohol lecture so to speak, laying out the implications of innocently cracking open just one adult beverage and how it affects one's coordination and capabilities to react to adverse situations during vessel operation.

Next came a thorough pre-check unit with pointers on: the pros and cons of varied PFDs; prop talk on inboard and outboard rotation and spotting the characteristics of flexural fatigue; and perhaps the best life-saving advice of all, be sure to survey all attached hoses, clamps and cables before heading out with as much care and detail as your wife does dissecting texts in your phone.

Continuing on, we delved into the development and modernization of the V-bottom hull and dynamics of the stepped hull, before shifting to the biggie – the specifics of twin hull handling. Drive and trim settings came into play in the seventh module piggybacking into situational awareness, turning techniques and tab positioning – this is where even though you think you know it all, (please don't kill the messenger), you don't.

In this block, Schoenwald's Q&A session about the differences between running a catamaran versus a V-bottom (what the Gabriels are accustomed to) was most beneficial. He gave examples of various scenarios asking for their responses to... piloting maneuvers in rough seas, when to come off or give it more throttle, which situations call for positive or negative trim adjustments, steps to bring the bow down, and lastly, preventative measures to avoid the infamous trip and stuffs.

Schoenwald stressed his concern about how many operators lack the discernment to properly trim their crafts and his feedback examining the rights and wrongs and do's from don'ts was extremely well received. On a side note, ironically I just received an email from BoatUS (the nation’s largest organization of recreational boaters with 700,000 members) recapping video viewership throughout the past fabulous year of 2020. The "How to Trim Your Boat" clip ranked as the No. 1 most-watched tutorial. I mention this since it further validates what clearly is a weakness for many. Maybe it's time to ask... Do you know all the tricks of the trade with your trim tabs?

Wrapping up the day, it was time discover all that "we now knew" and after rounding out instruction with the finale sector on trailering and docking procedures, it was onto the written exam. It should be noted upon successful completion of the full course, each student is awarded a certificate of acknowledgement which is recognized by major insurance companies in the United States. 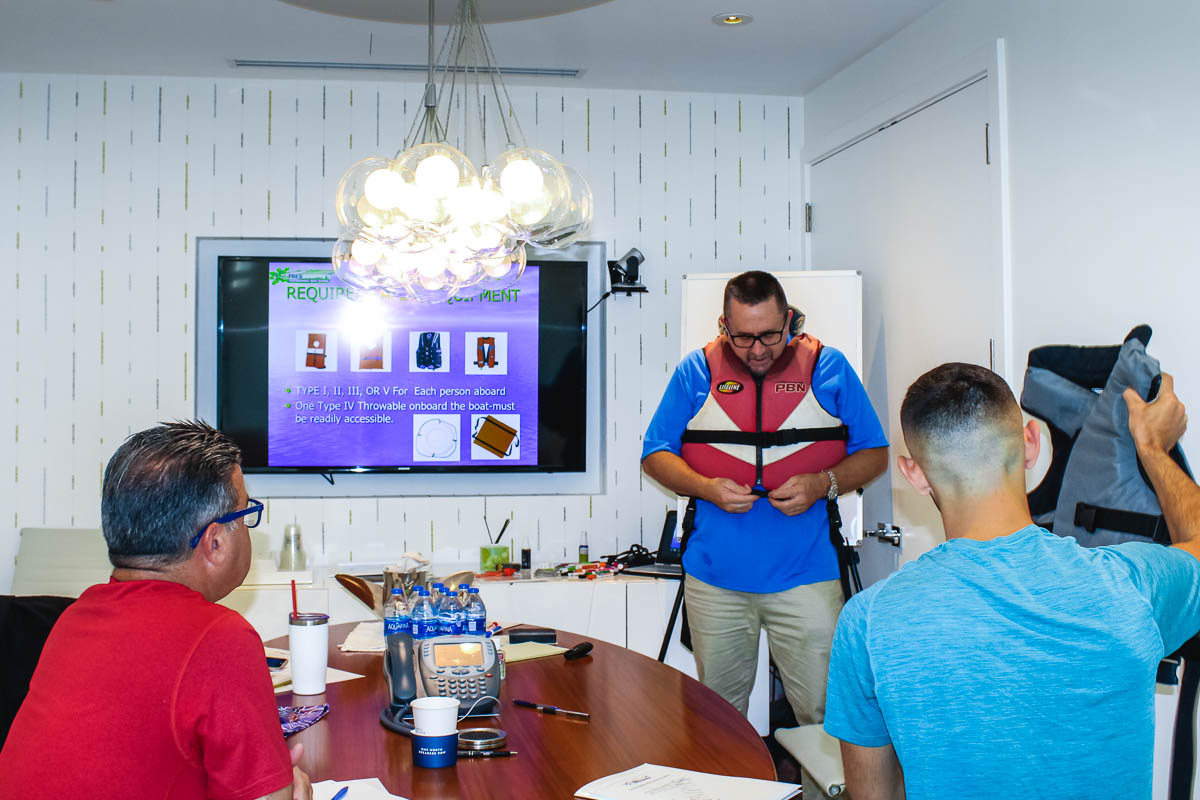 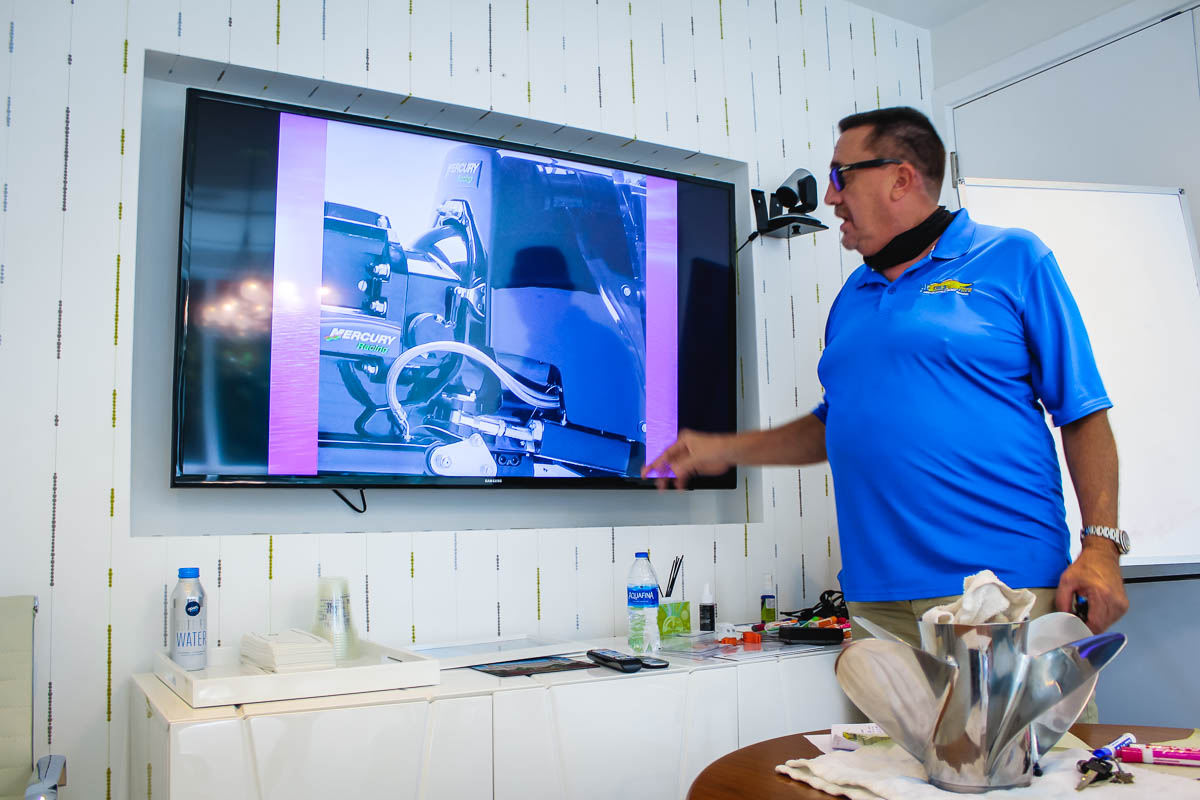 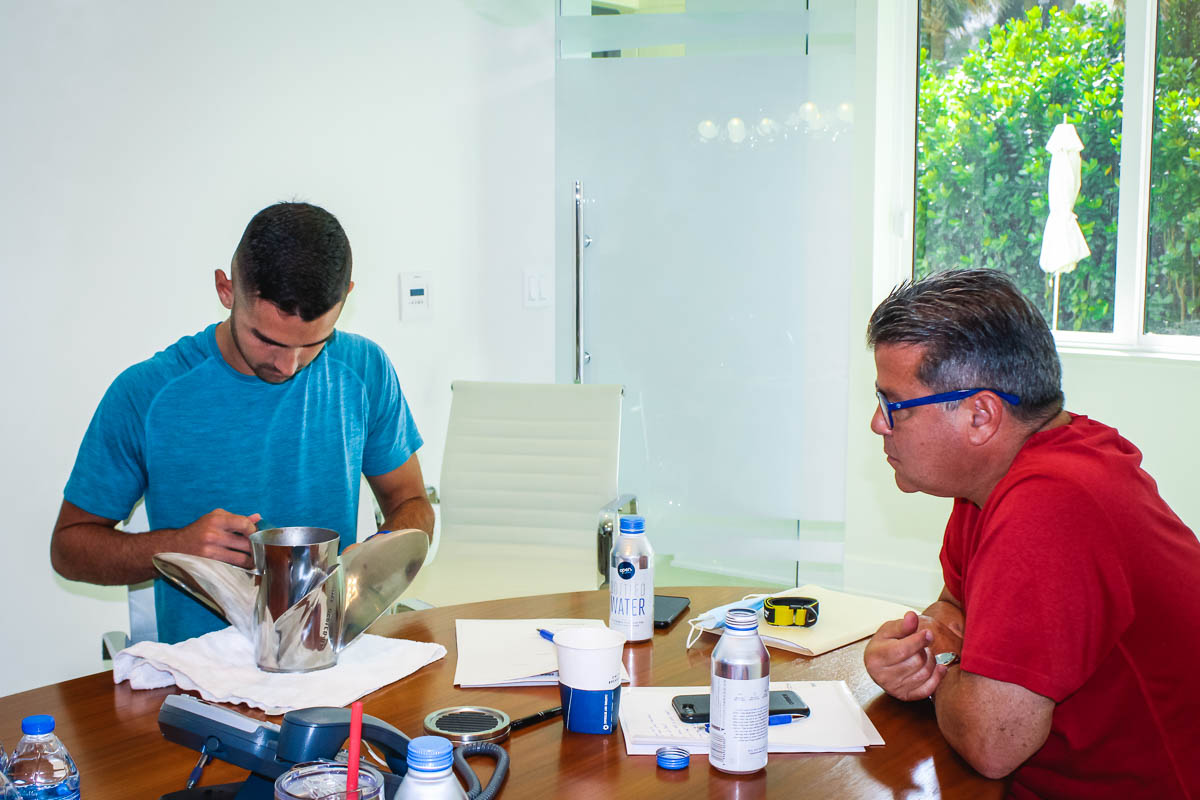 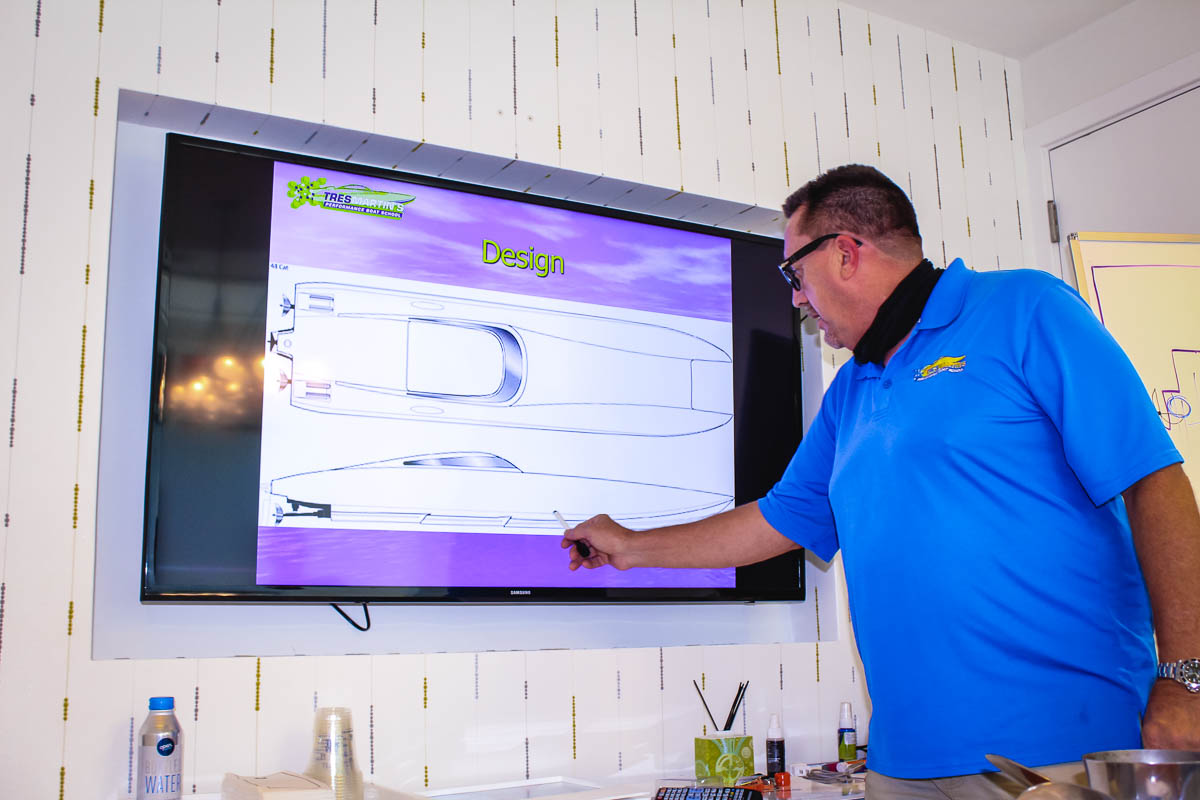 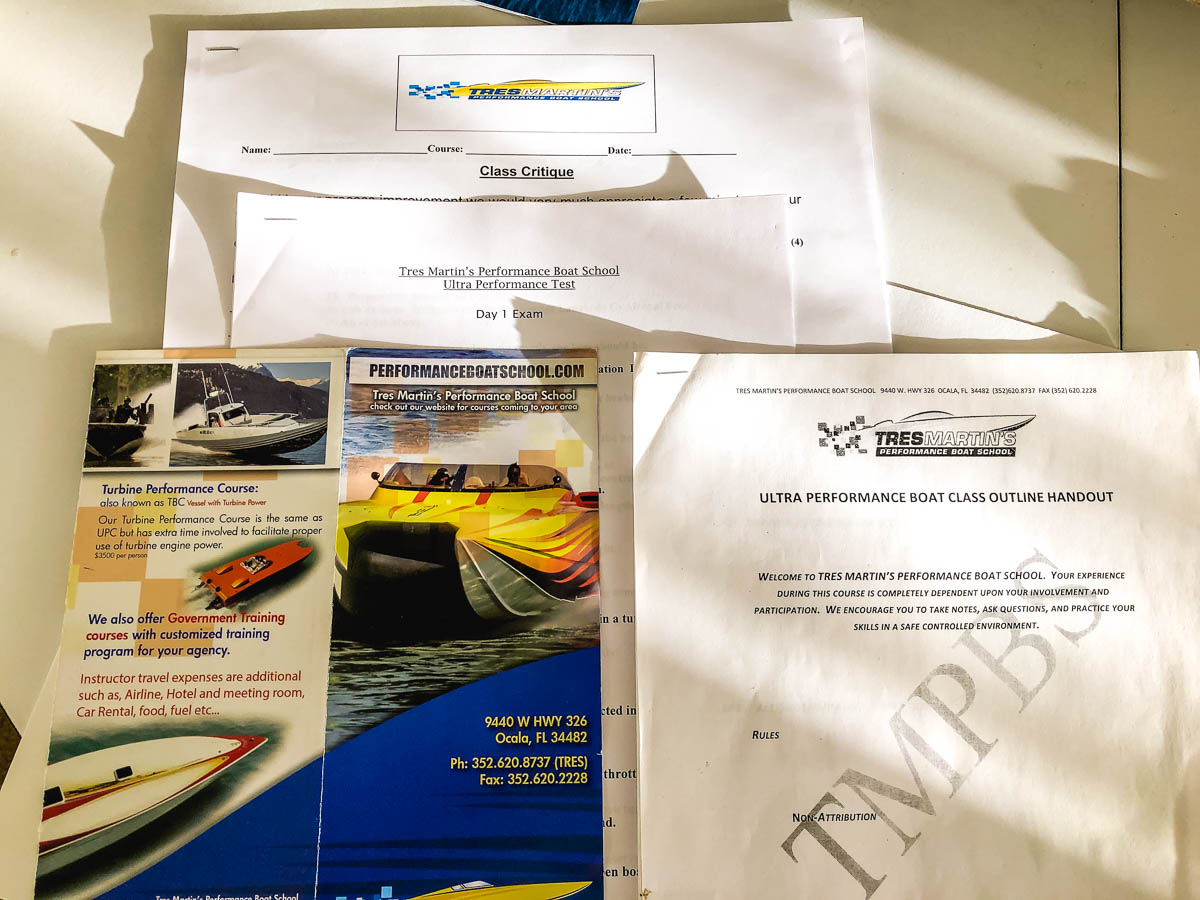 It was 5:30 pm when the four of us said our farewells but we were back at it by 10:30 am the next morning, only this time down in Miami at TNT Marine where the catamaran awaited us inside the facility's rack storage monstrosity. To start, Schoenwald guided the Gabriels through a thorough bow to stern inspection from inside the cockpit to behind the transom to beneath the hatches; once in the water and fired up, it was onto an explicative tutorial on the MTI's touchscreens and tech components. Heading through the canals on our approach to Biscayne Bay, Schoenwald explained in detail every move he made, knob he turned, switch he flicked, and gauge he monitored. As I sat silently in the rear port side seat watching them, Sam and Matt appeared confident taking it all in and asked questions when in doubt. I think we were all happy to feel some cool wind in our hair once up on plane awakening the seductive, ear-candy growl of the Lamborghini-inspired wonder. 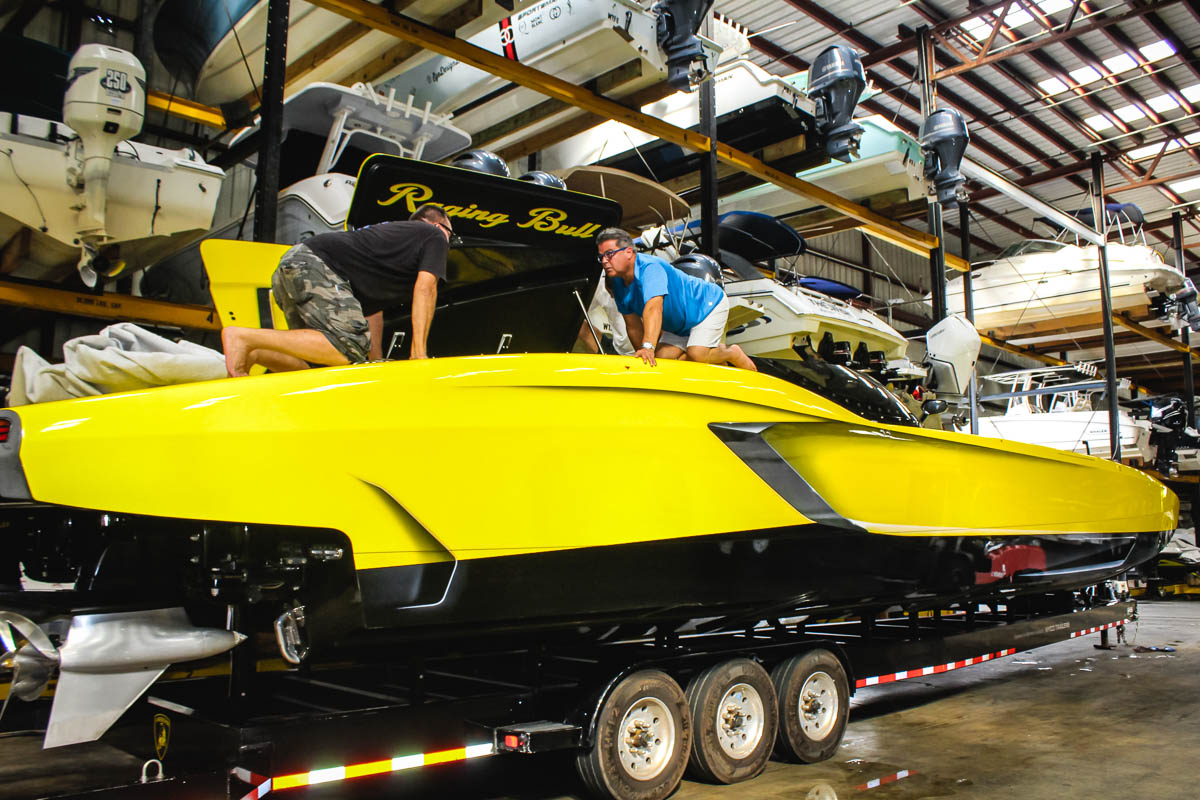 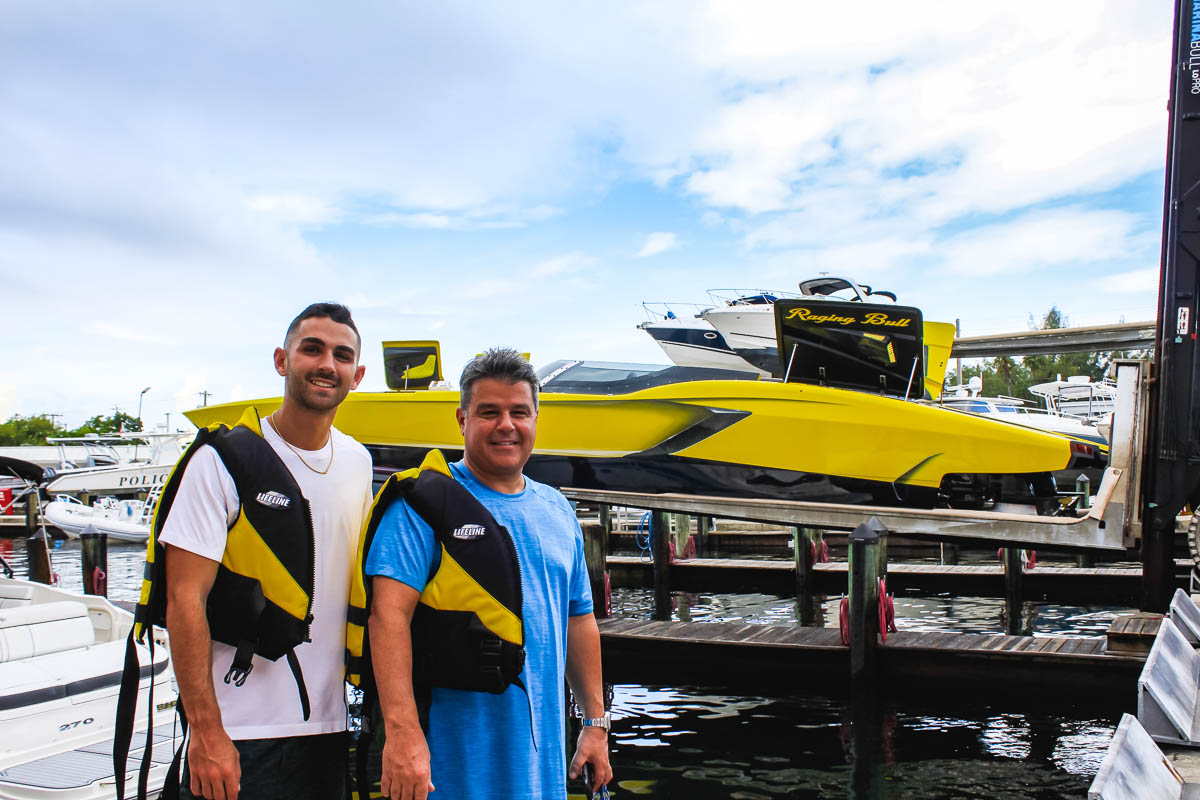 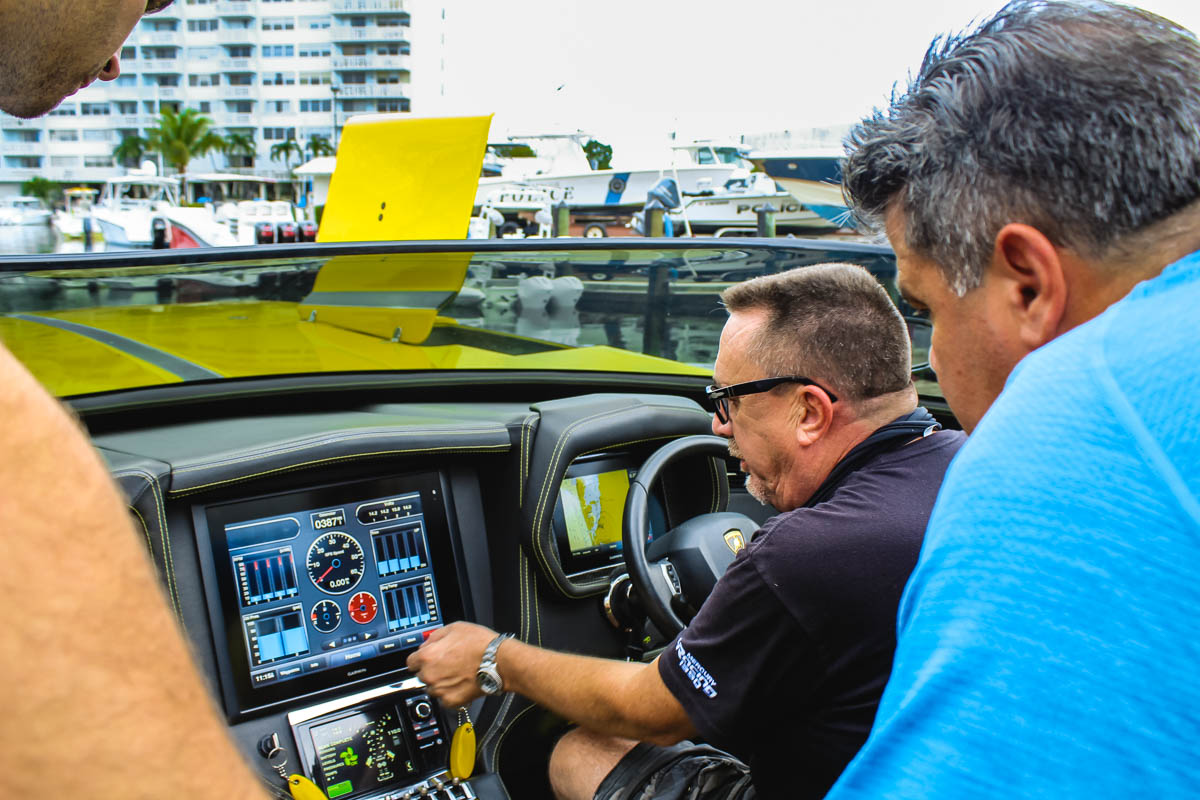 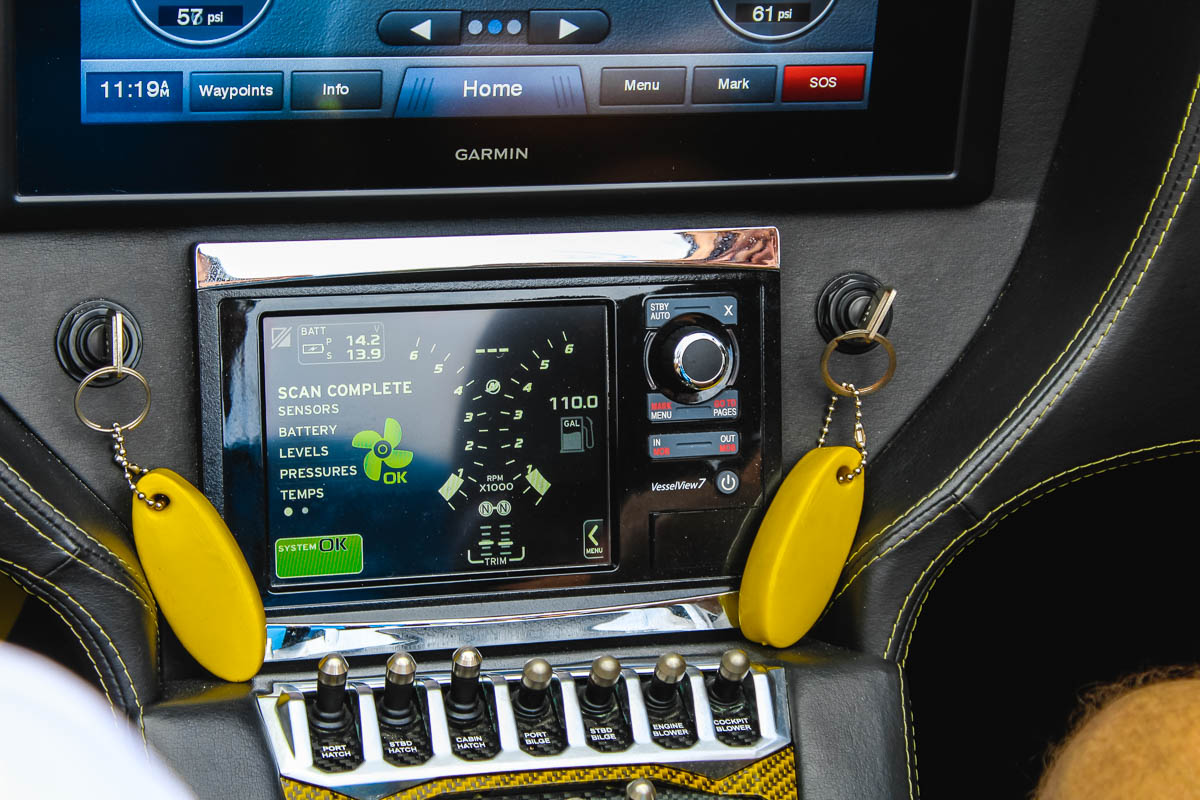 Ready, willing and able for Schoenwald's Coast Guard-esque drills and directives, Matt was all smiles when he eventually hopped over to the helm seat. Both he and his dad (who was right there behind him eyeing his every move) were coached on catamaran steering strategies, reading the water, understanding the Intracoastal Waterway's explicit "red right returning" reminder that red buoys are kept to the starboard when coming from the open sea into port, and green buoys are kept to the port side, and how to react when crossing with another vessel. 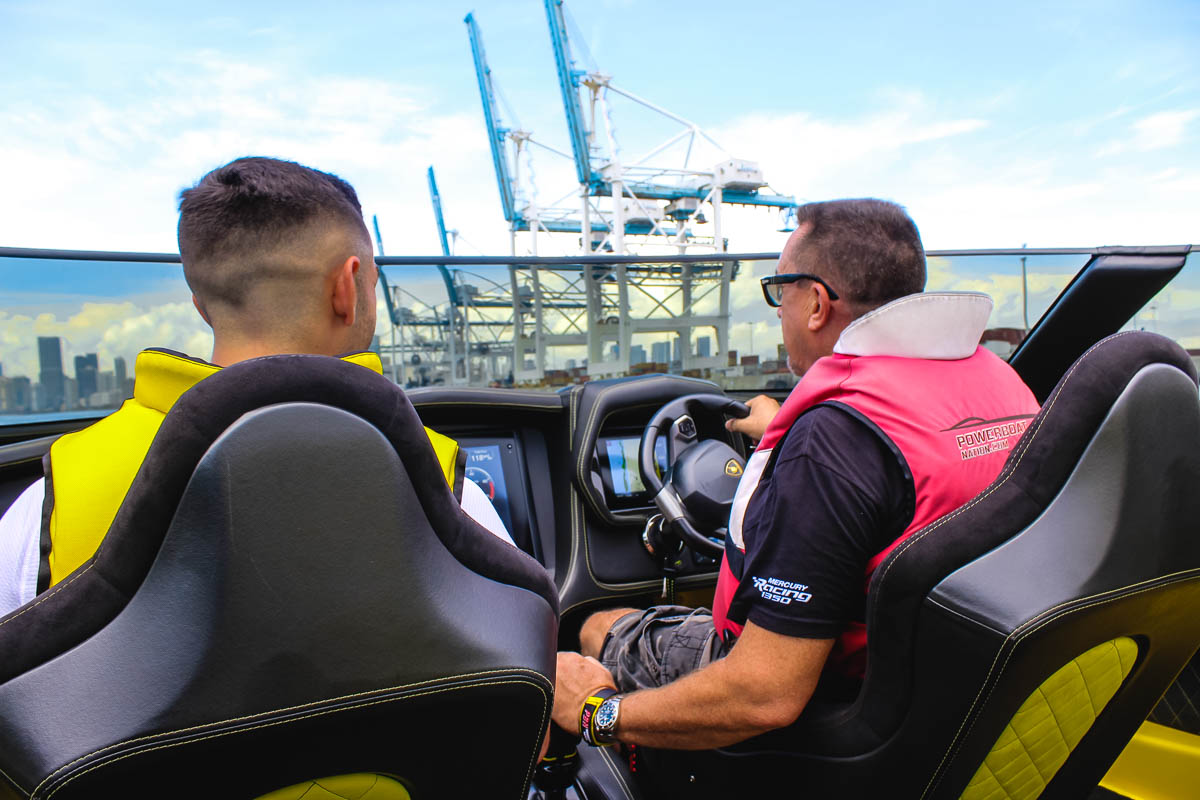 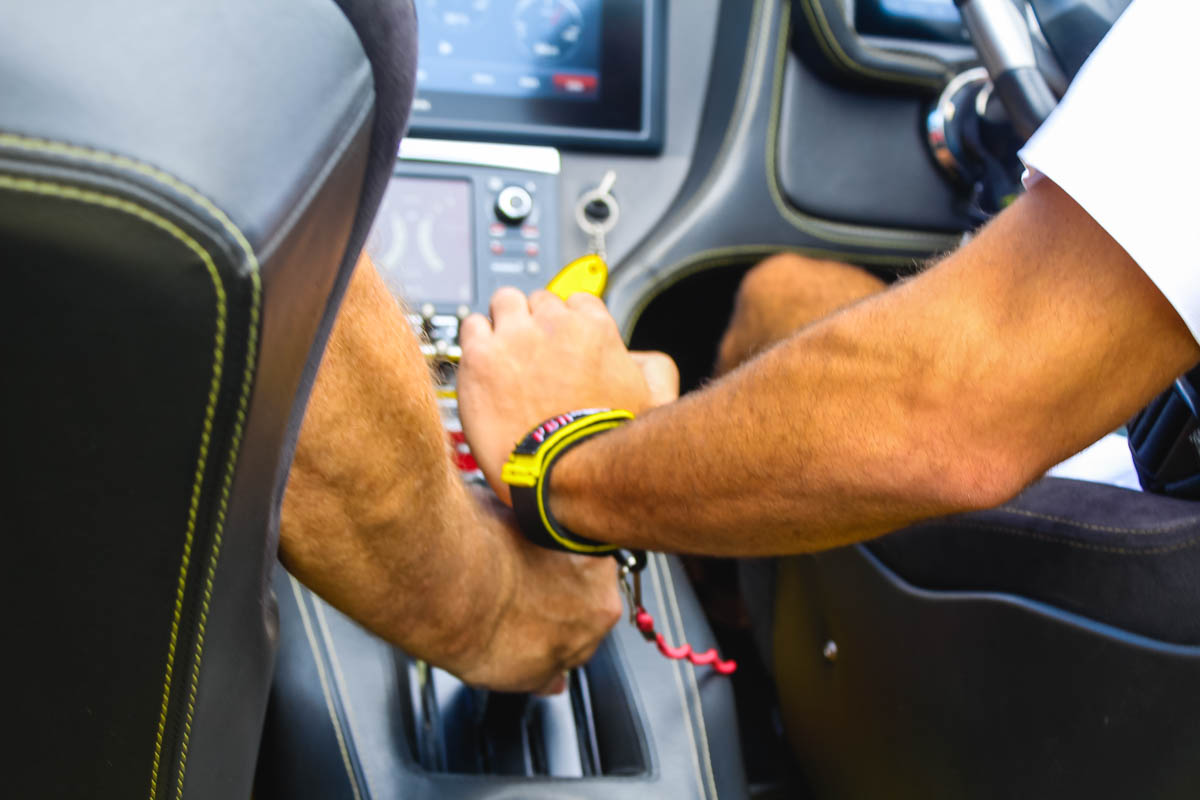 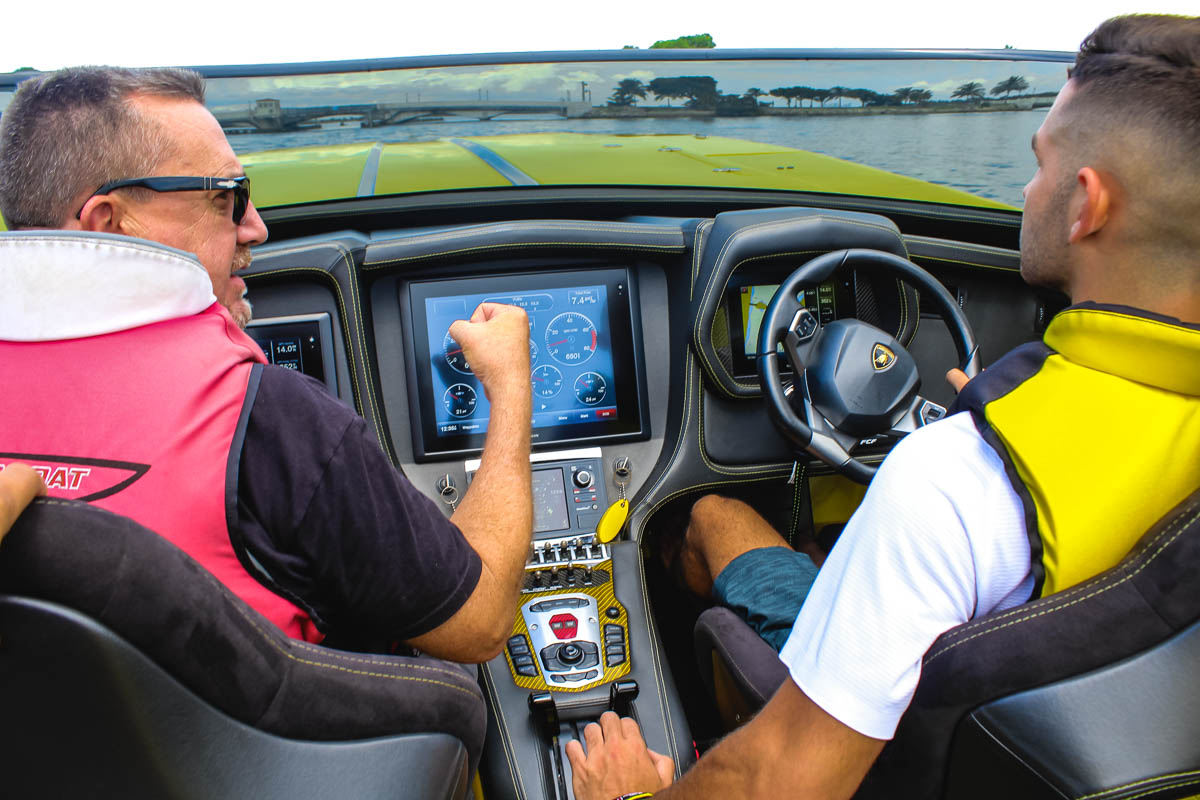 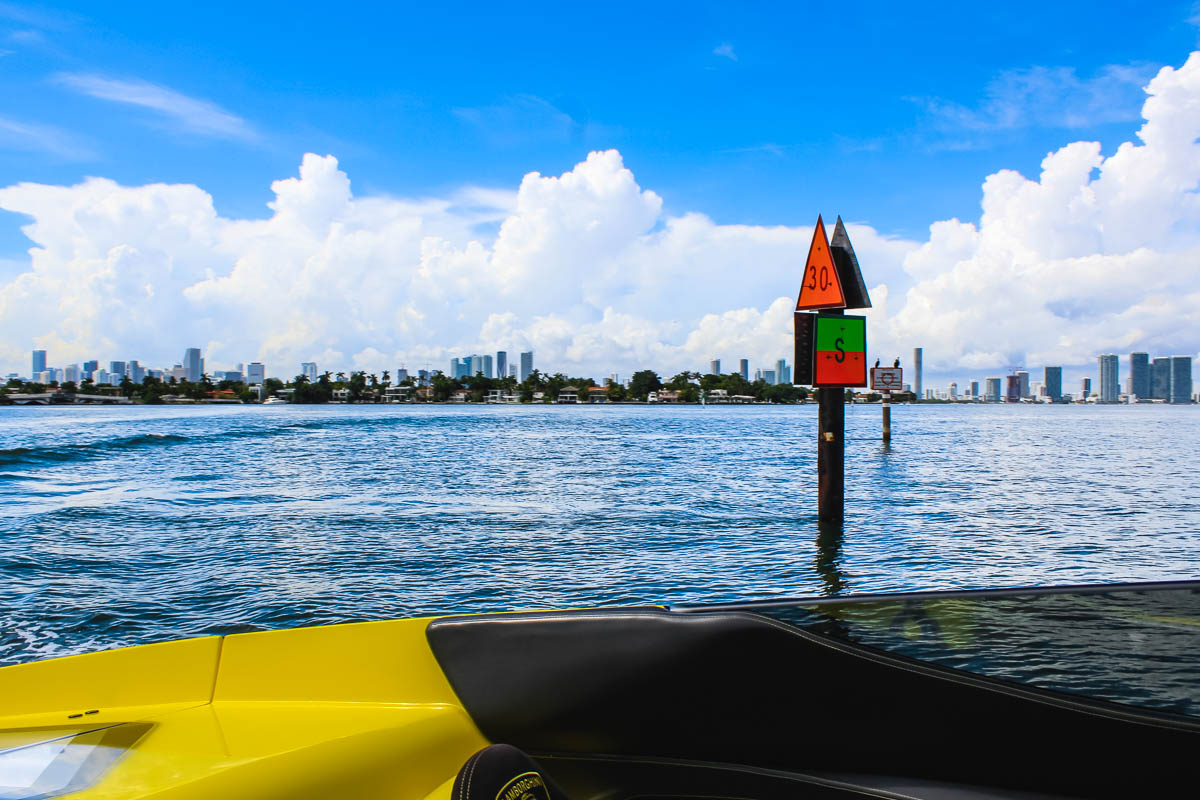 Driving a boat is fun, most definitely when it's a 48 MTI, but who doesn't want to have the sticks in hand? Taking over the throttles was gradual and began like teamwork with Schoenwald's hand over Matt's in order for him to get the feel of things, but it didn't take long before Matt was on both the sticks and steering commanding Raging Bull just like a professional Spanish torero (bullfighter). And while docking is not quite as exhilarating as driving, it is nonetheless a crucial element, hence a lengthy amount of time was spent once back at TNT Marine covering procedures before the course drew to a close. 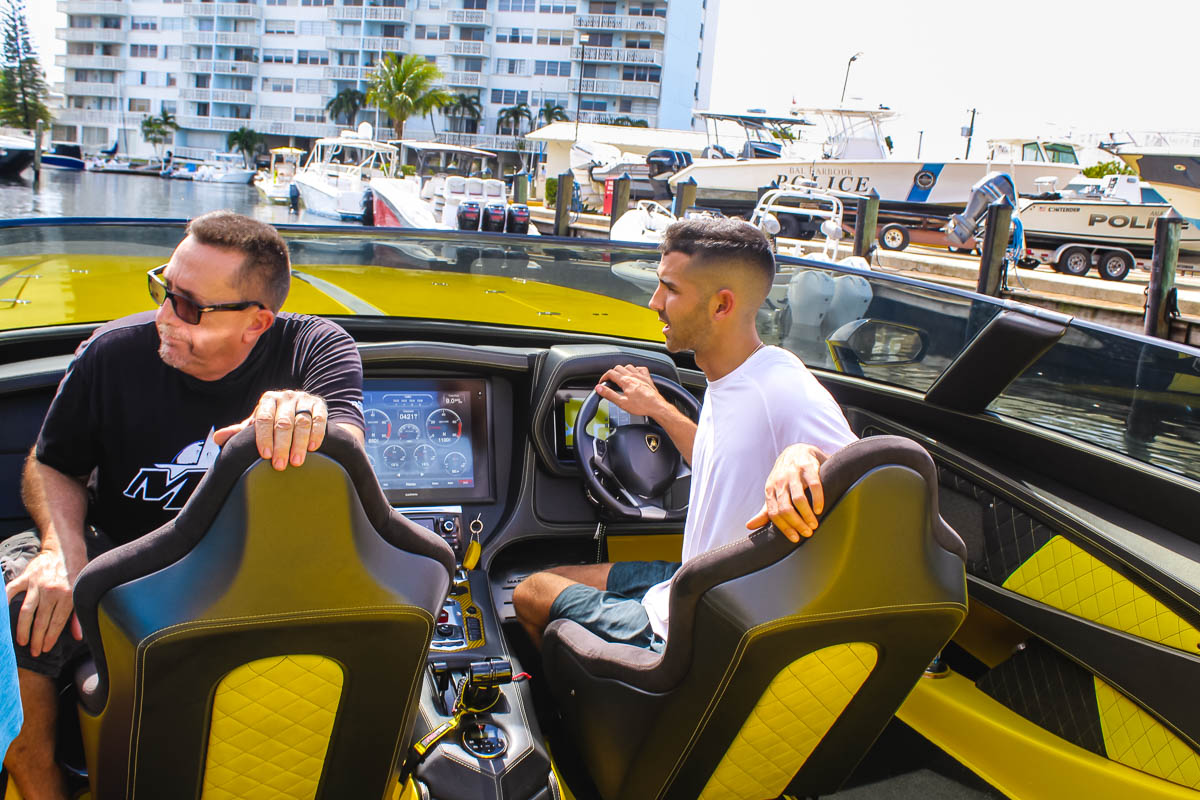 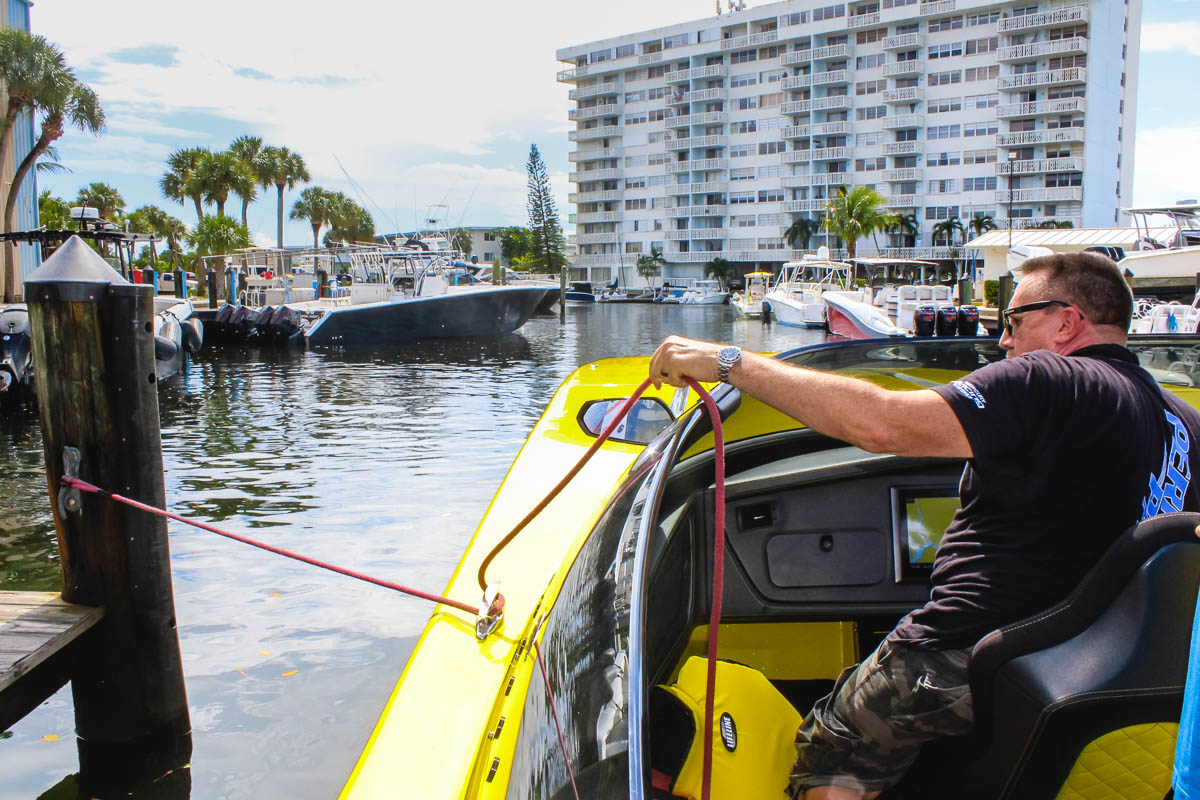 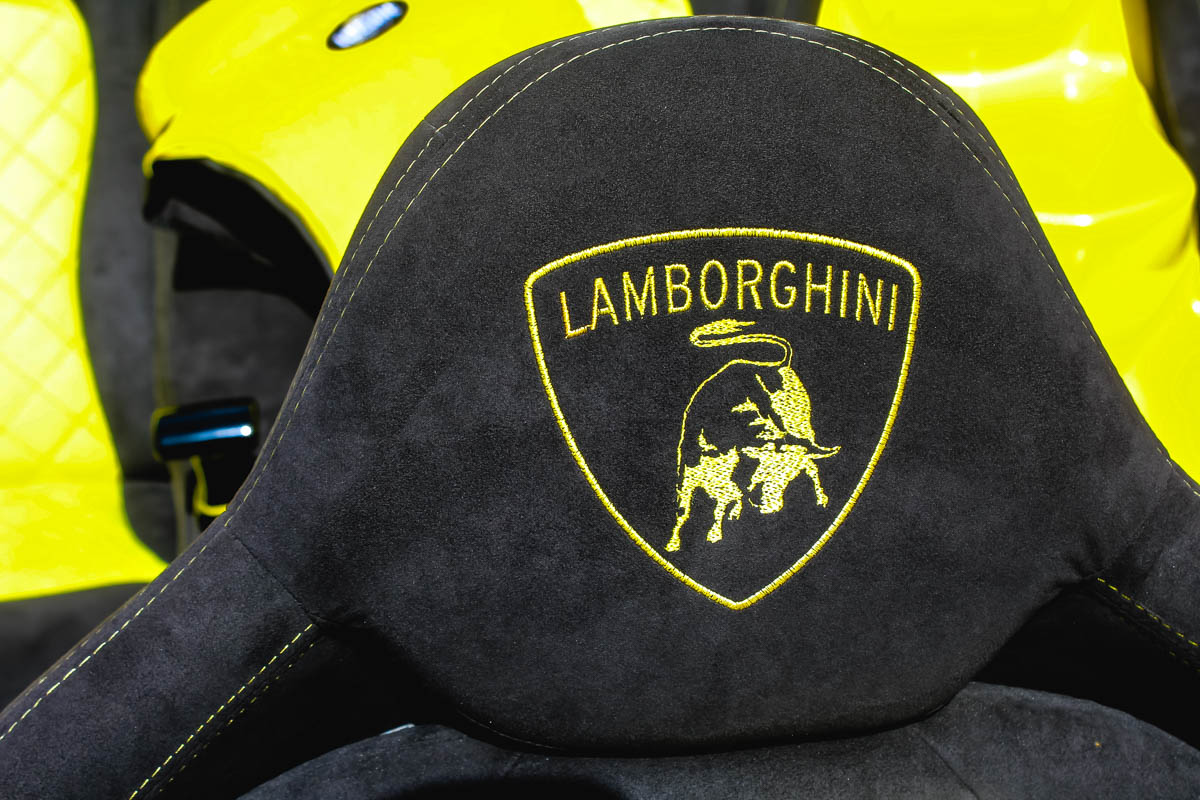 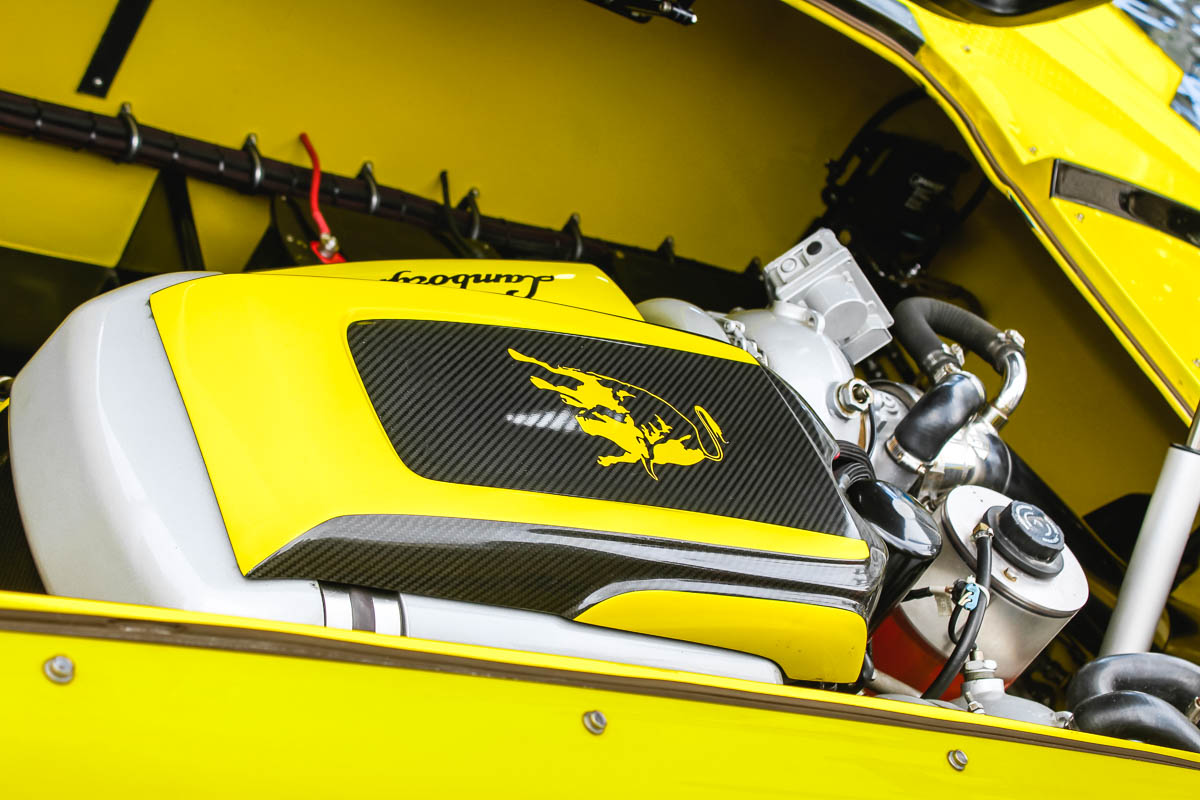 Addressing the cha-ching, the two-day instructional class ranges between $2,200 to $3,100 for the ultimate performance option and covers the classroom module and on-water portion often the next day or whenever convenient for the client. Do note, the school offers a variety of tailored courses for beginners, sport yacht piloting and government special operations protocols.

Since you'll be extracting roughly the same amount of coin that you'd spend (if not more) on a poker run, sinful Sin City escapade, or bulk ammo replenishment... I'd think a few grand is money well spent if it boosts safety and security for yourself, your riders and the half a million or more hull at hand under your command. More importantly it's that extra piece of mind for passengers entrusting you with their lives, since it only takes a split second to spiral out of control. Personally, I always make sure I know exactly who's running any boat I get on, especially any one capable of churning out triple digits.

Nonetheless, regardless of your GPS-broadcasted bragging digits, from trimming tips to analyzing drips to avoiding future flips, Martin and Schoenwald are like marine magicians magically removing the mystery of your boat to allow it to communicate with you, while at the same time helping you to respond back with ease rather than error. For further details on enrolling in a class, please visit Performanceboatschool.com. Additionally be sure to check out RDP's sister website Luxurycenterconsoles.com for a related feature highlighting Performance Boat School's center console class.